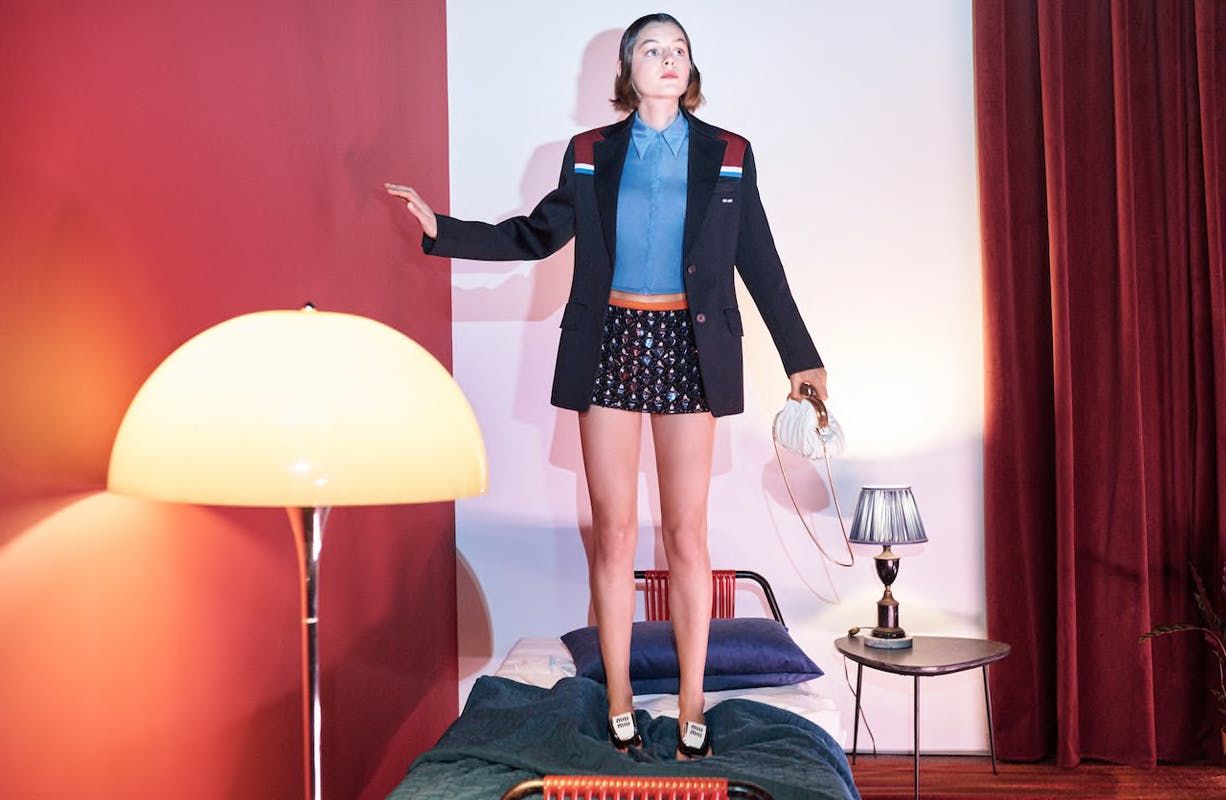 Miu Miu calls on a group of non-conformist women to showcase its Spring/Summer 2021 collection.

In Miu Miu's newest campaign video titled "Mind Mapping," familiar faces like The Crown's Emma Corrin, Caren Jepkemei, and Kelsey Lu play a spontaneous game of word association. The short film, which acts as a hybrid between documentary and fiction, was directed by actor Benn Northover. The group of women, all clad in Miu Miu's Spring/ Summer 2021 collection, were selected due to their collectively idiosyncratic identities.

Throughout the film, the stunning group works together to create a free-flowing interpretation of the Game of Contraries that touches on relevant cultural themes and feelings. The various trains of thought pique curiosity and engage listeners while the eye-catching visuals shed light on the sparkling aura of Miu Miu's designs. The portraits which accompany the new campaign were shot by none other than Steven Meisel, and eloquently embody the forward-thinking attitudes of the selected women.

Step into Miu Miu's world of electric creativity by watching "Mind Mapping" below.