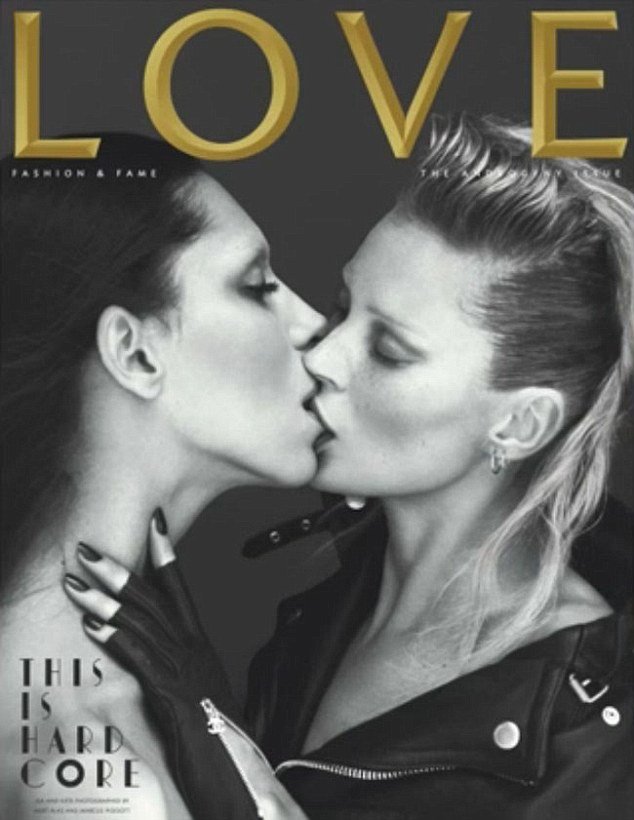 With minimal make-up, a quiff and faux undercut, Kate Moss is barely recognisable as she is pictured locked in a passionate embrace with transgender model Lea T.

In a reversal of roles, Kate has been cast as the 'male' while Lea T plays 'the female' for the latest cover of Love magazine.

The pair have been captured in the controversial pose for the 'androgyny chic' issue - as the headline plainly states 'this is hard core'.

Kate's mannish look is reminiscent of the Calvin Klein nineties campaign for unisex perfume CK One, which helped launch her career as the 'anti supermodel'.