HAS the fashion cognoscenti finally found its latest It girl? No, it's not some tween blogger or post-pubescent model with bee-stung lips and hollowed cheeks. It's the most unlikely of coincidences but Georgina Chapman and Keren Craig of the red carpet-ready label Marchesa found a muse in Charles Dickens' Miss Havisham from Great Expectations this season. Sound familiar? Well, designer Prabal Gurung cited the iconic character as inspiration just a few days earlier. It must have come as a blow to the design duo when word hit about Gurung's literary reference, but never fear, the ladies presented a pointedly different incarnation of the tragic character.

Where Prabal found sexy modernity in the idea of Havisham, Chapman and Craig took their inspiration much more literally, and it served them well. The gothically-tinged collection with its histrionic ruffled and puffed shoulders, dramatic beading and stunning use of wedding dress contours and materials was certainly glamorous, but it also allowed them to let go of their some of their more rigid tendencies. Marchesa retained its rarefied vision of baroque eveningwear but simultaneously indulged in the strange and twisted allure of imperfection. Whereas before their show pieces often included origami-like severity or tulle-drenched cotton balls of princess-like whimsy, this time there were frayed, jagged hems and a wispy, deliberately tattered sense of character that evoked an unforeseen tenderness. Stripped away was the formal regality, but the fantasy remained.

The gallery-style presentation, although crowded and stuffy, is a clever way to display these phenomenally formed creations, as they truly look like works of unmovable art when seen in such a context (though some models needed to take resting breaks or sips of water from friendly PR drones by the time we strolled through). 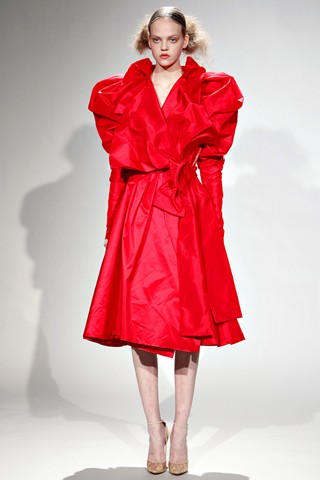 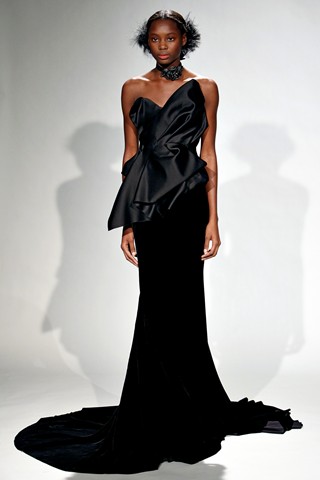 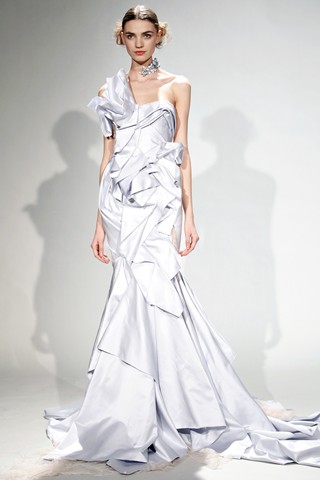 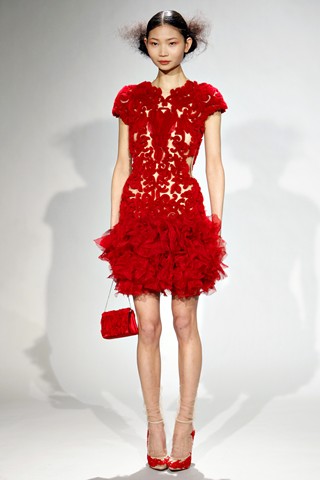 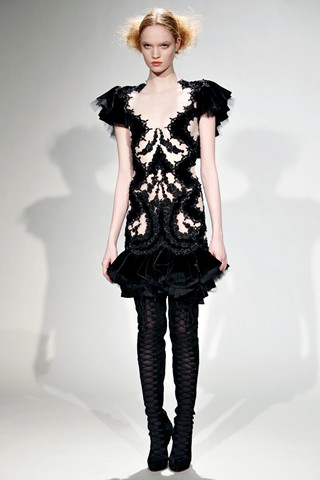 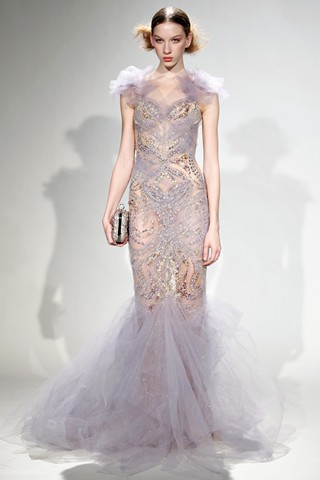 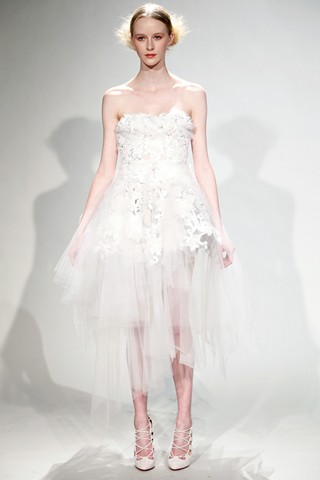 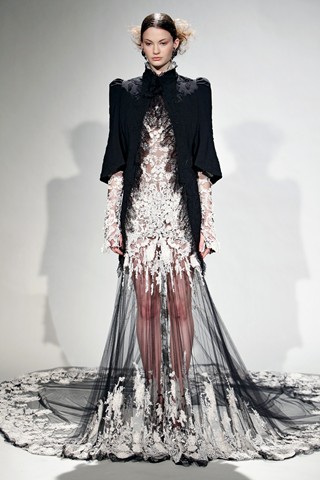 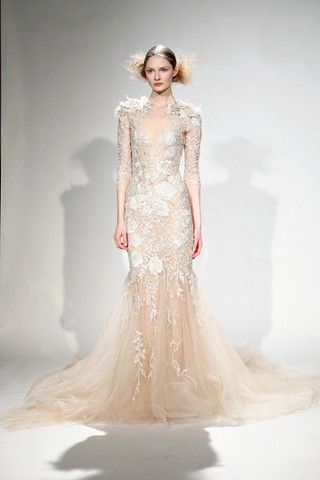 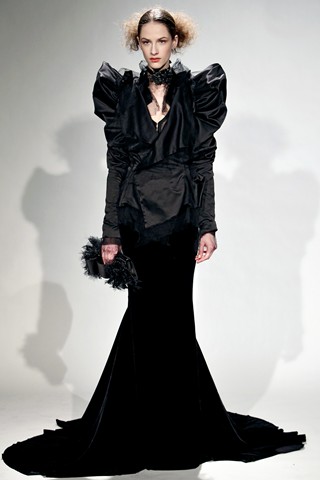 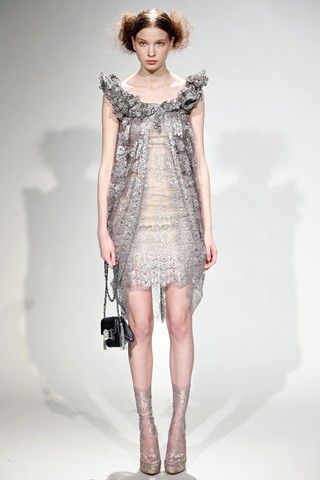 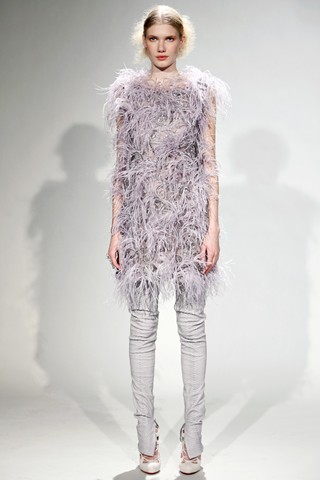 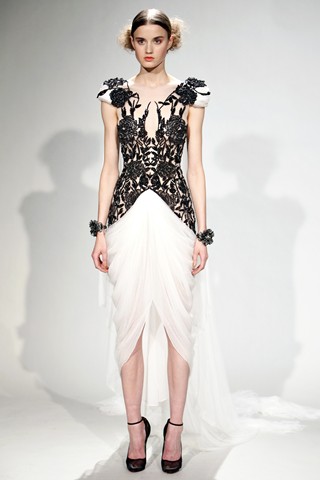 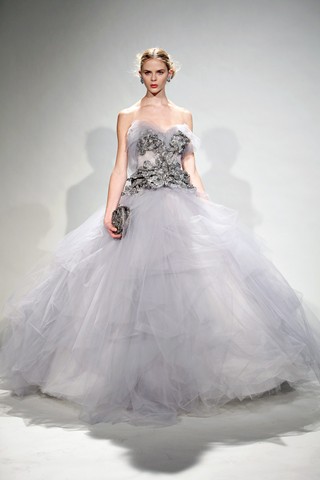