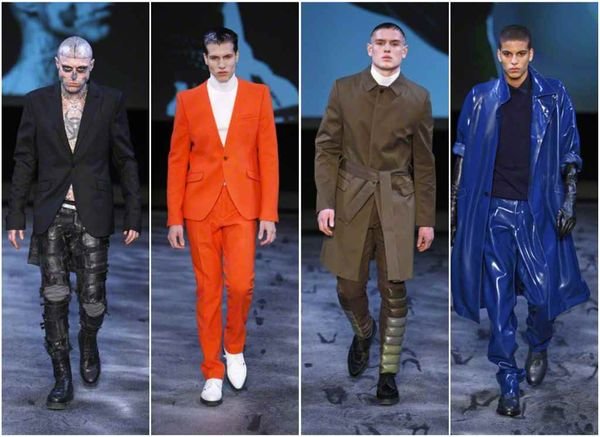 Paris Fashion Week: Mugler menswear is reborn, and Lady Gaga is the midwife

The big question on everybody's mind going into the Thierry Mugler menswear show on the opening night of Paris Fashion Week was whether Lady Gaga would be present, because it was the debut collection for the new creative director, Nicola Formichetti, who has helped shape some of the entertainer's more distinctive looks.

Unless she was well disguised, she wasn't evident in the front of the house -- but she was definitely heard. Listed in the show notes as "the musical director of this menswear project," she created the soundtrack that played during the show.

But the possibility of such an A-level celebrity sighting was enough to pack the house (well, a concrete-floored automotive garage in Paris' 3rd Arrondissement, actually) with a standing-room only crowd, which witnessed the rebirth of the label.

Rebirth because in addition to new creative blood at the helm, there's been a name change. From now on, the clothing collections will be known simply as "Mugler" and be accompanied by a new logo, both signifying, according to the notes, "a new chapter in the history of the brand." (It should be noted that  one thing has not changed -- the Mugler menswear design director with whom Formichetti collaborated on the collection remains Romain Kremer.) 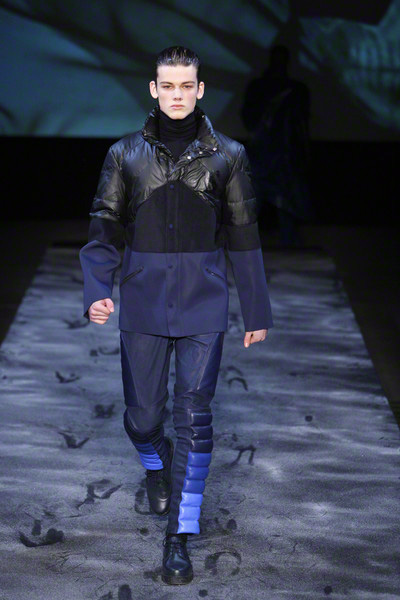 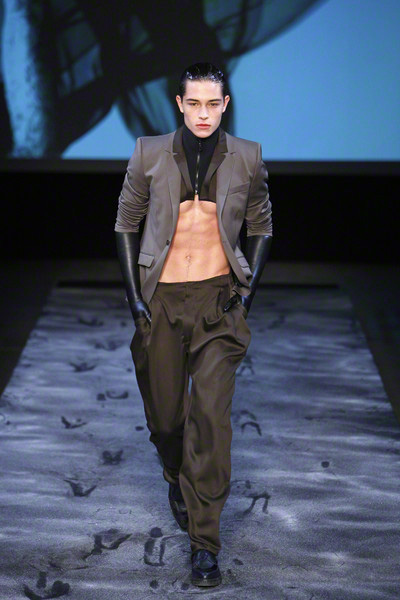 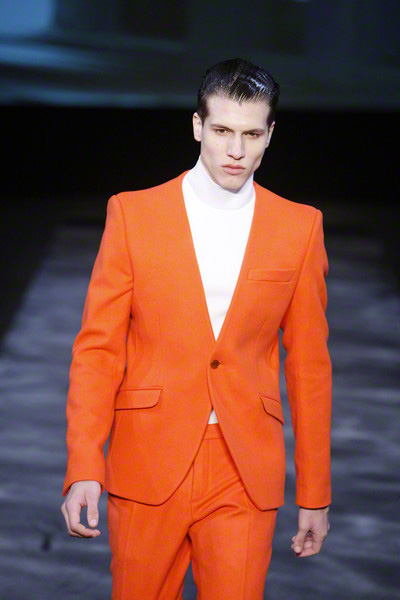