Titled Possible Feelins, Prada's Fall/Winter 2021 men's collection, which debut today, marks the second debut of Miuccia Prada and Raf Simons' collaboration, which launched this past September. The collection was born from a described "intimate and personal desire for contact, from our need for exchange and relationship," and its pieces clearly show both designers' signatures. From Prada, the classic colors and codes of the house are present-from colorful minty greens and soft pinks-to vibrant geometric and jacquard prints-and from Simons, who despite his tenures at Jil Sander, Dior, and Calvin Klein has long been celebrated for his eponymous line's men's offering, elongated knits, subversive '80s suiting, and a disruptively cool sensibility. Among the many themes that live throughout the collection-from cardigan sets to beautifully structured leather outwear-polka dots from the pair's Spring/Summer 2021 collection makes a brief cameo. According to a release from the house this season layering, which is referred to as a "second skin," is given the utmost importance: "serving to delineate the figure in dynamic movement. Abstraction of feeling becomes abstraction of freedom. These bodysuits paradoxically reveal while concealing, placing an emphasis on physicality, but also covering the form."

See the full looks from Prada's Fall/Winter 2021 men's collection below: 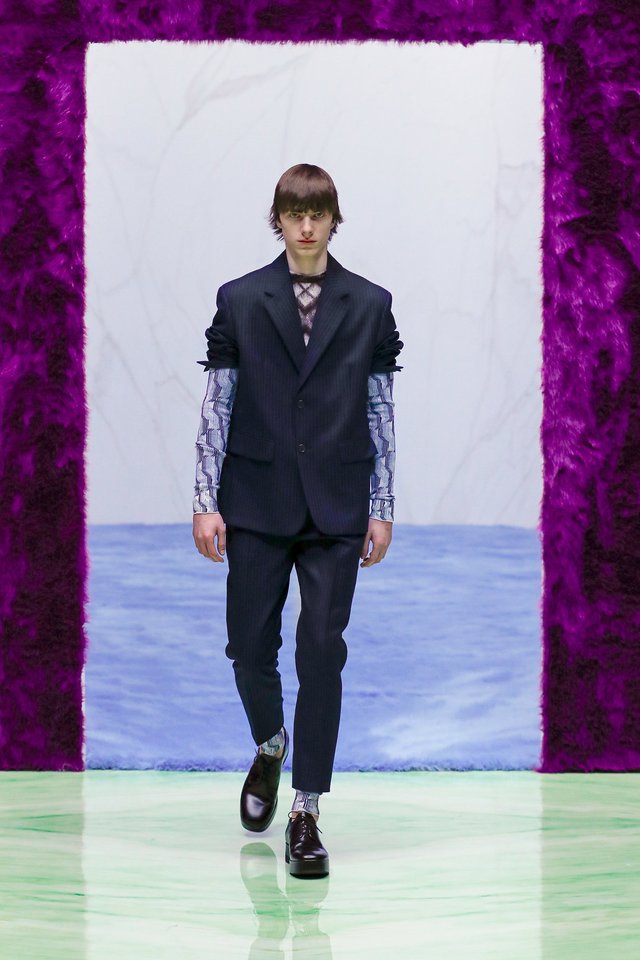 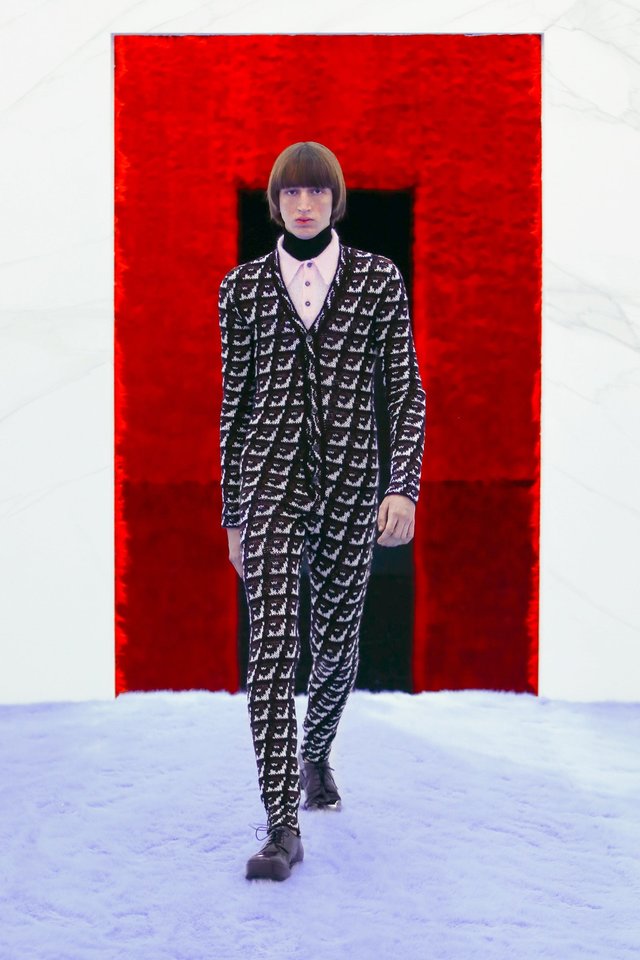 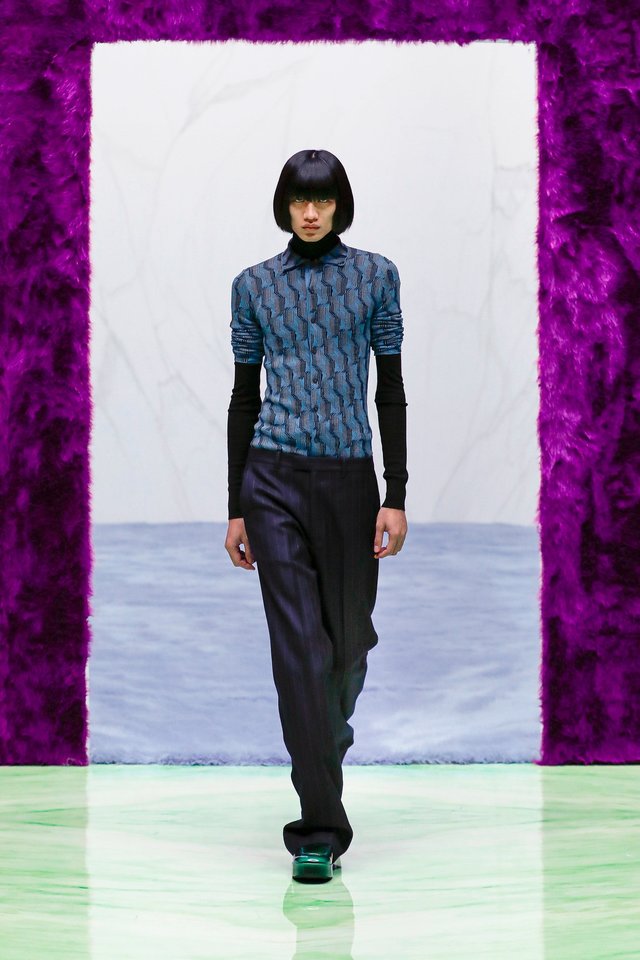 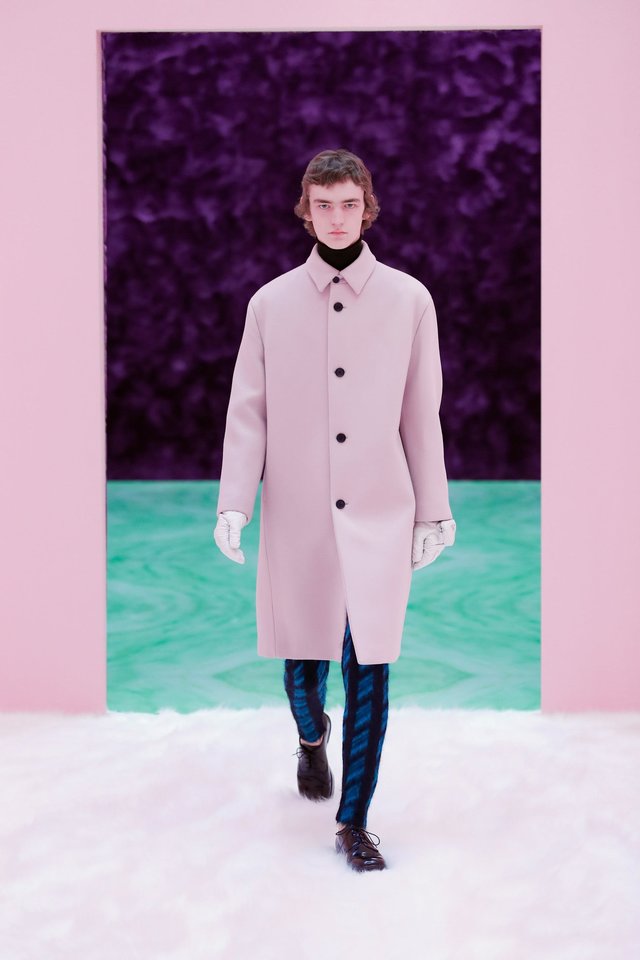 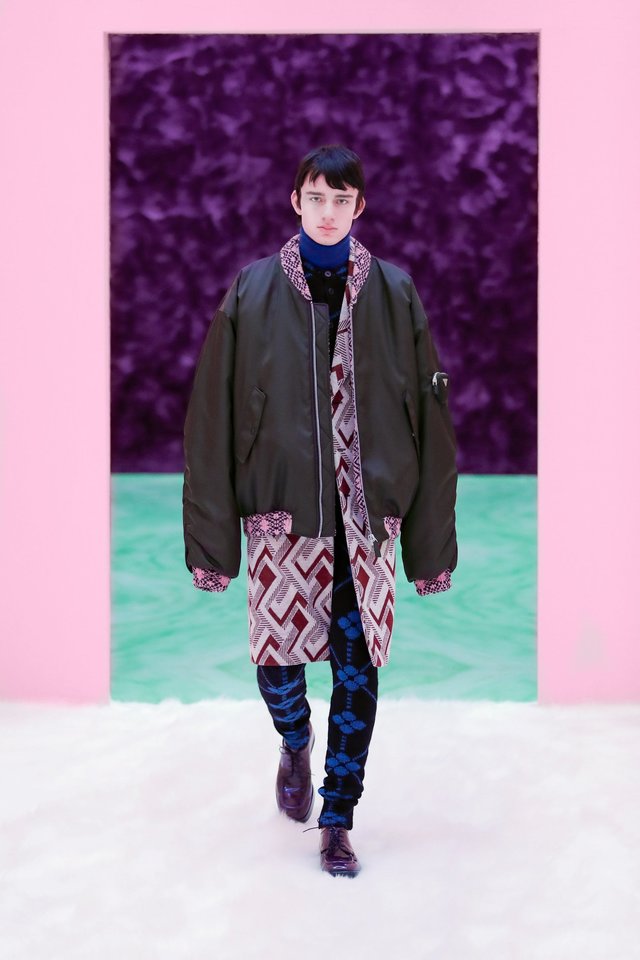 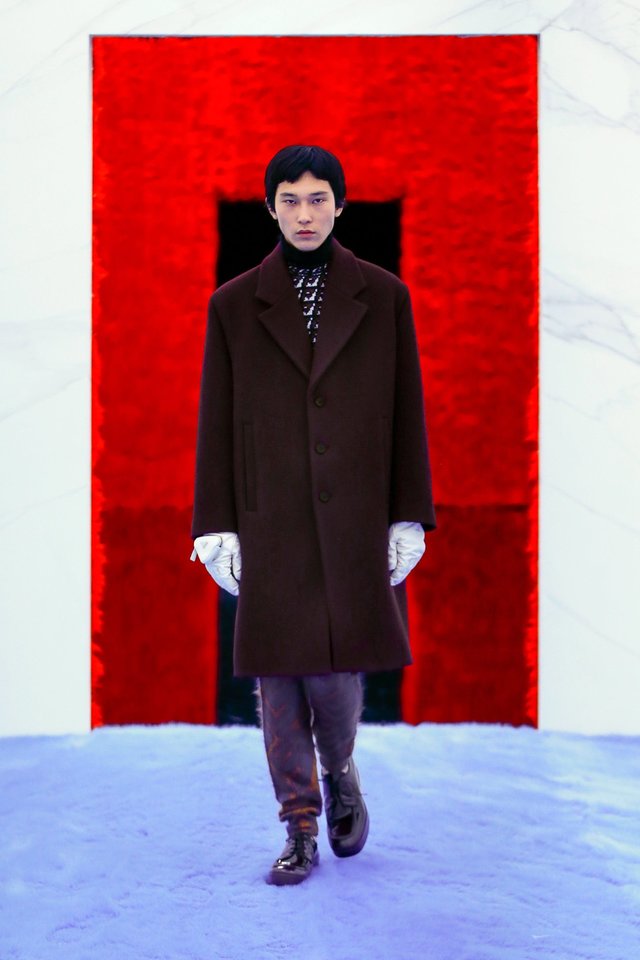 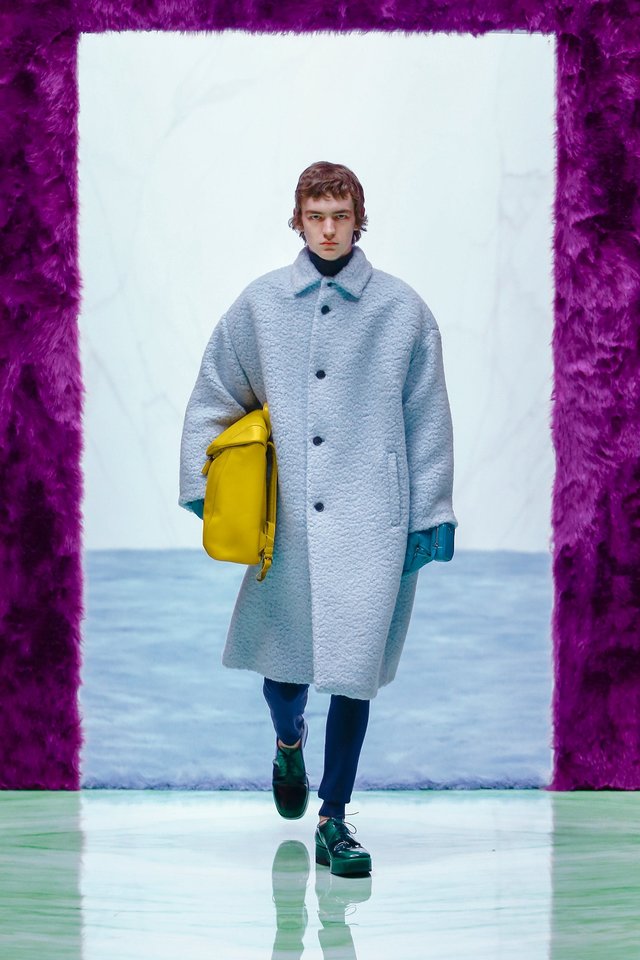 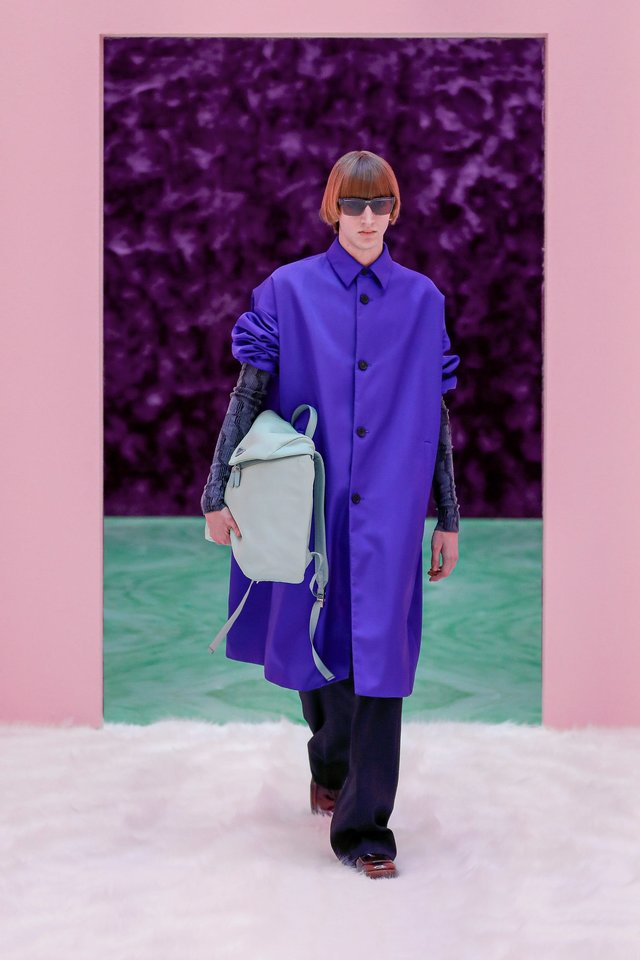 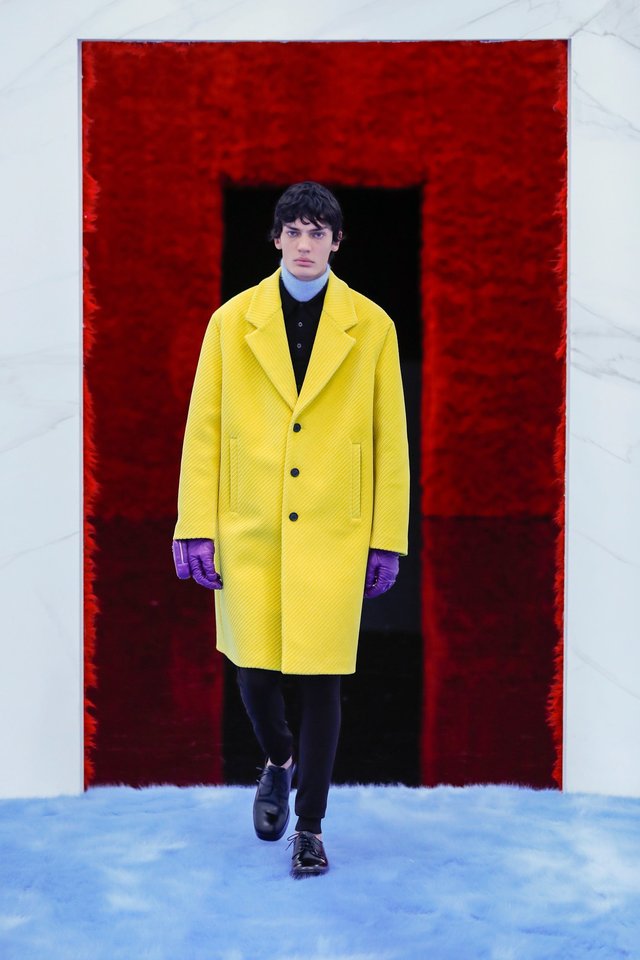