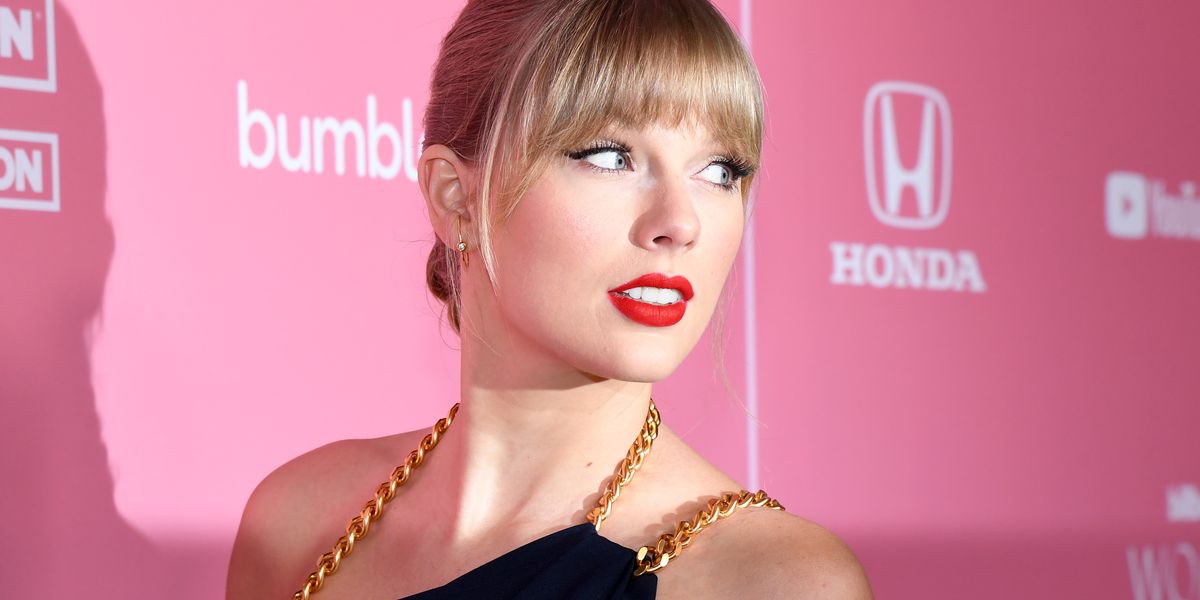 I hate to be the bearer of bad news, Swifties, but it turns out Taylor Swift isn't releasing a third surprise album titled woodvale after all. The rumors started when fans spotted the word "woodvale" hidden in the album art for folklore, and gathered steam when Swift dropped a second surprise album, evermore, last week—but alas, Swift appeared on Jimmy Kimmel Live! on Monday night, and revealed the hidden word was actually just a mistake.

"Basically, when I was making folklore, the album that came out back in July, I was too afraid to unveil the title of the album to even my closest teammates and management. I didn’t tell anyone the album title before it came out,” Swift said, as Variety reports. "I came up with a fake code name that had the same amount of letters as folklore, chose a random name, chose "woodvale," wanted to see how it would look on the album covers, mocked them up, and then decided, 'I don’t actually wanna have a title on the album covers,' and we forgot to take the fake code name off of one of them." Well, that's a very convincing, very disappointing explanation!

In fact, Swift could have triggered yet another round of fan speculation, since she used a decoy name for latest album evermore too. "evermore had a code name—it was 'November,'" Swift said. "But we remembered to take it off all the mock-ups of the album covers before we released them this time, so we learned our lesson."