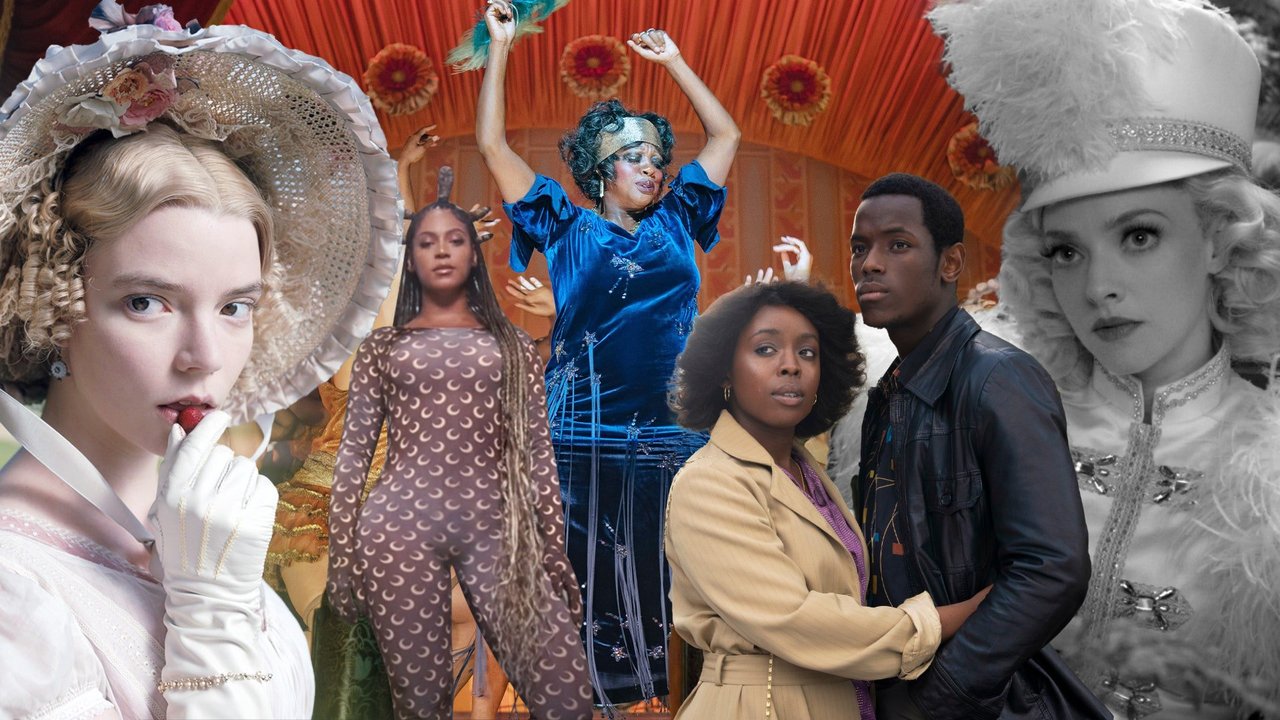 The 9 Best Fashion Moments From 2020’s Most Stylish Films

While 2020 may have disrupted the entire landscape of entertainment, few corners of the creative industries underwent as high profile a reckoning as that of film.

With many of the year’s biggest blockbusters postponed, theaters around the world shuttered indefinitely, and studio lots put on pause due to Covid-19 restrictions, the industry was plunged into an unprecedented state of limbo which saw the future of cinema itself come into question.

What it did mean, however, was that many smaller-scale and independent films-which may otherwise have been overlooked-emerged as some of the year’s most widely watched, and now most hotly-tipped for awards. Within this eclectic line-up, the costuming highlights proved to be equally unexpected: whether the trench coats and tailoring of late-1970s London in Steve McQueen’s Lovers Rock, the lavish period costuming of Autumn de Wilde’s whimsical adaptation of Jane Austen’s Emma, or the high fashion spectacle of Black Is King, Beyoncé’s musical film celebrating the breadth of visual culture across the African diaspora. Where the world of cinema might go next is anyone’s guess, but it’s clear that the future of fashion on film is in safe hands.

Here, find Vogue’s selection of the most inspired on-screen fashion moments of the year—and what to look out for when the costume design nominations roll around in 2021. 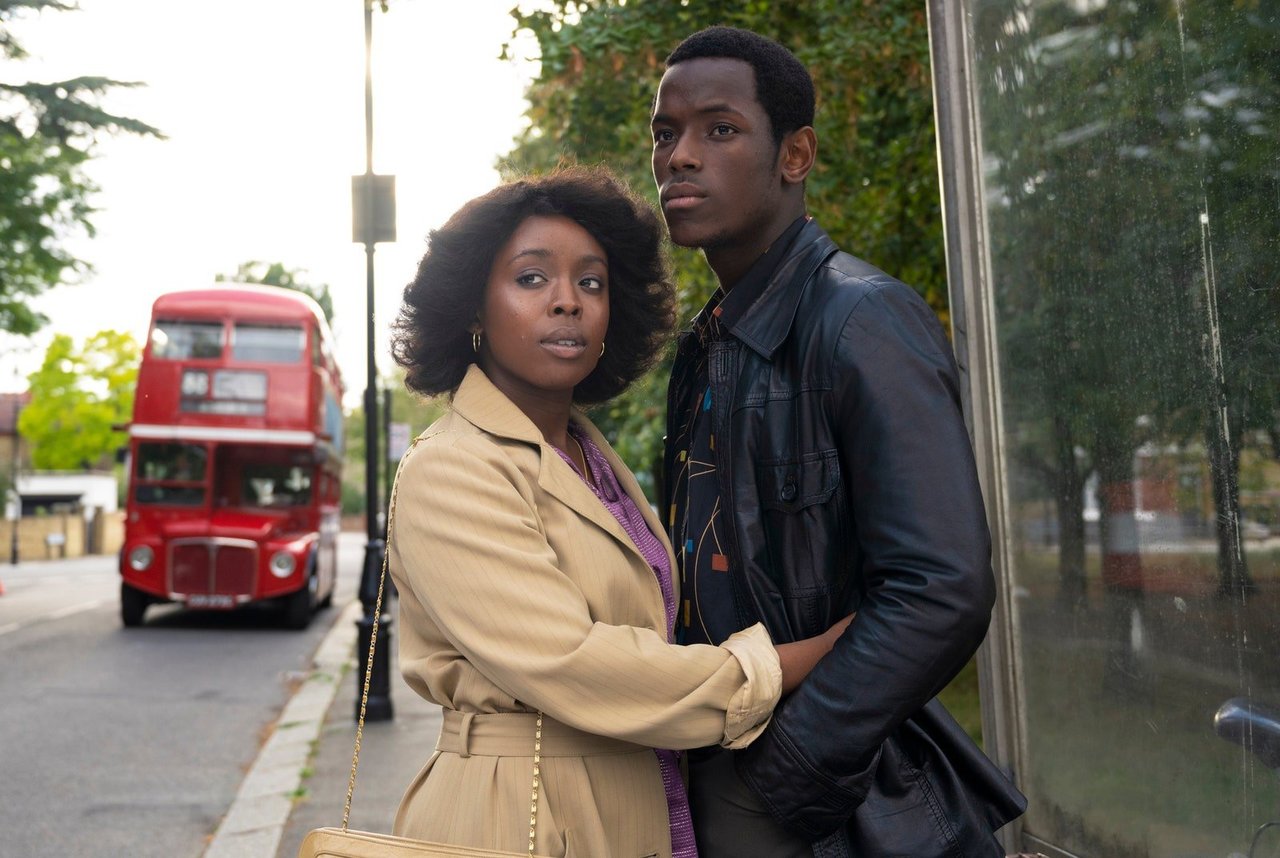 While all five parts of Steve McQueen’s epic exploration of Black British history, Small Axe, showcased the filmmaker’s keen instinct for costume, the most pin-sharp eye for style came by way of the second instalment, Lovers Rock. Charting the course of a night out at a Lewisham community center in 1977, the clothing served as a rarely-seen window into the impeccable sartorial turnout of the postwar Caribbean community in London, with spiffy patterned shirts and flared trousers for the men and gloriously colorful party dresses for the women. It was a joyous ode to the style culture of McQueen’s upbringing, brought to vivid life by costume designer Jacqueline Durrant.

Given David Fincher’s notoriously exacting approach to constructing the visual worlds of his movies, it’s little surprise that the Hollywood Golden Age costumes of Mank-his retelling of screenwriter’s Herman J. Mankiewicz’s laborious journey to writing the script for Citizen Kane-should serve as one of the film’s standout features. Aside from the retro suiting sported by Gary Oldman as Mankiewicz, the true stand-out looks came courtesy of Amanda Seyfried, Lily Collins, and Tuppence Middleton in a series of delicate pussy-bow blouses and glitzy draped gowns. The costuming cherry on the cake? An early scene at a party thrown by publishing magnate William Randolph Hearst at his infamous Hollywood mansion, at which Seyfried shows up dressed as a majorette in a marabou jacket and feathered hat. 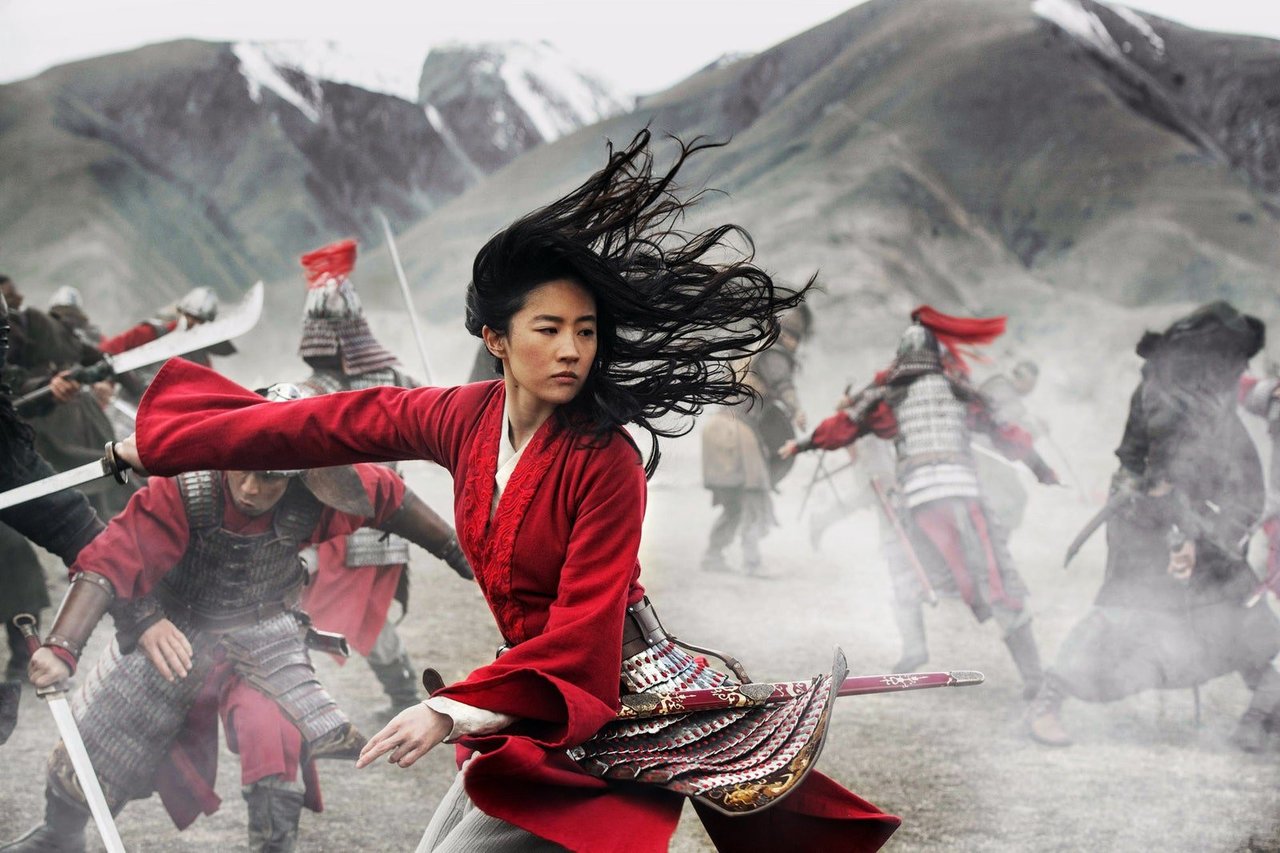 No expense was spared on Disney’s epic, $200 million retelling of the story of the legendary Chinese gender-swapping warrior Hua Mulan—a fact which radiated through its lavish costumes. Whether it was the elaborate armor and battle wear sported by Liu Yifei in the titular role and her fellow fighters, or the medieval Tang Dynasty-inspired robes and wrap dresses worn for the matchmaking and courtly set pieces, the dazzling costuming served as an undisputed highlight of a film that otherwise proved divisive with critics. 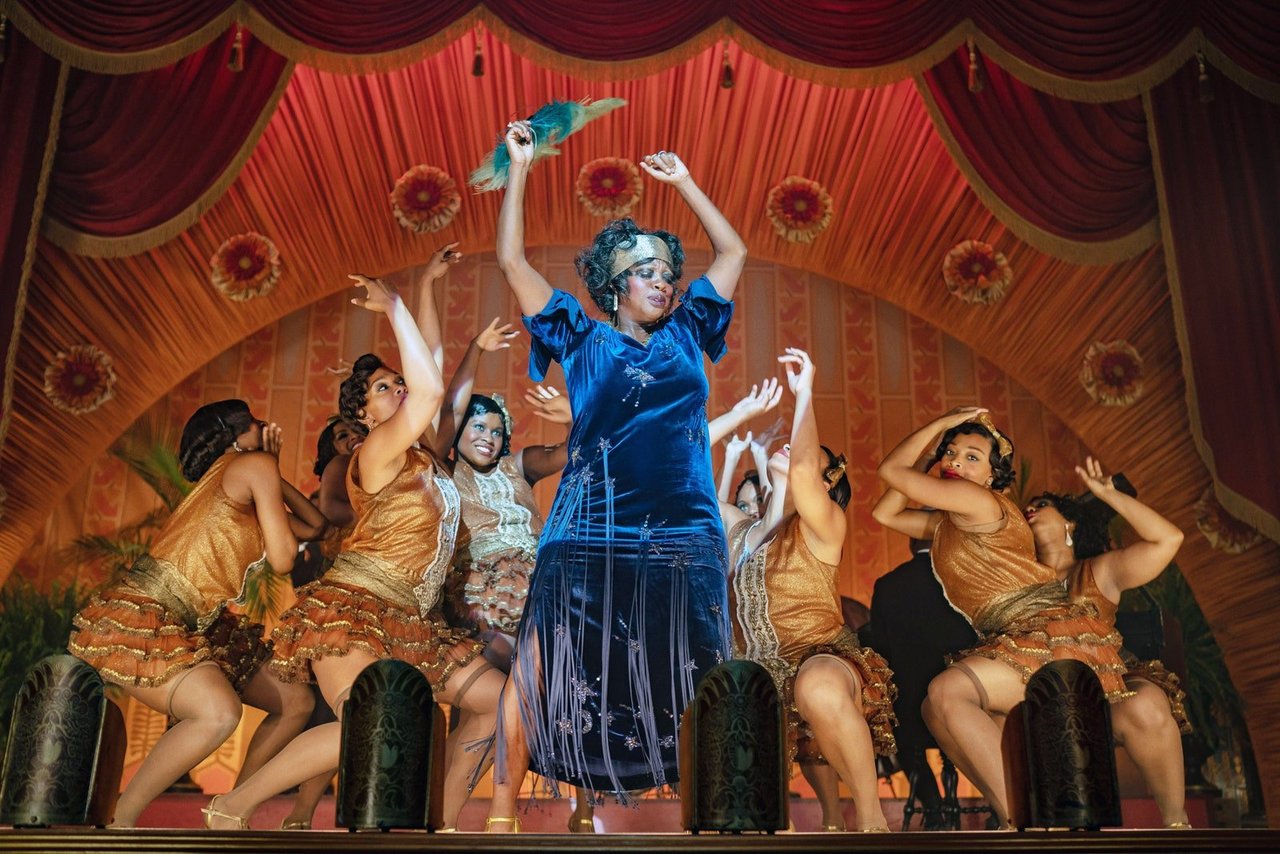 From the opening scene of Ma Rainey’s Black Bottom-featuring Viola Davis singing the blues to a rapturous crowd in 1920s Chicago sporting a swishy beaded gown and a flapper-style headscarf-it’s clear the audience is in for a rollercoaster ride of opulent Roaring Twenties fashion. Overseen by the 89-year-old legend of Hollywood costume Ann Roth, Ma Rainey’s Black Bottom impresses not just for the gorgeous crushed velvets and brocaded silks of Davis’s wardrobe, however, but also for the razor-sharp tailoring worn by the film’s male cast-in particular Chadwick Boseman, who, in his final turn, has never looked better in a charcoal grey three-piece pinstripe suit. It’s a fabulously realized deep dive into an underexplored corner of Black fashion history that deserves to see Ma Rainey sit at the front of the pack for costume nods come awards season. 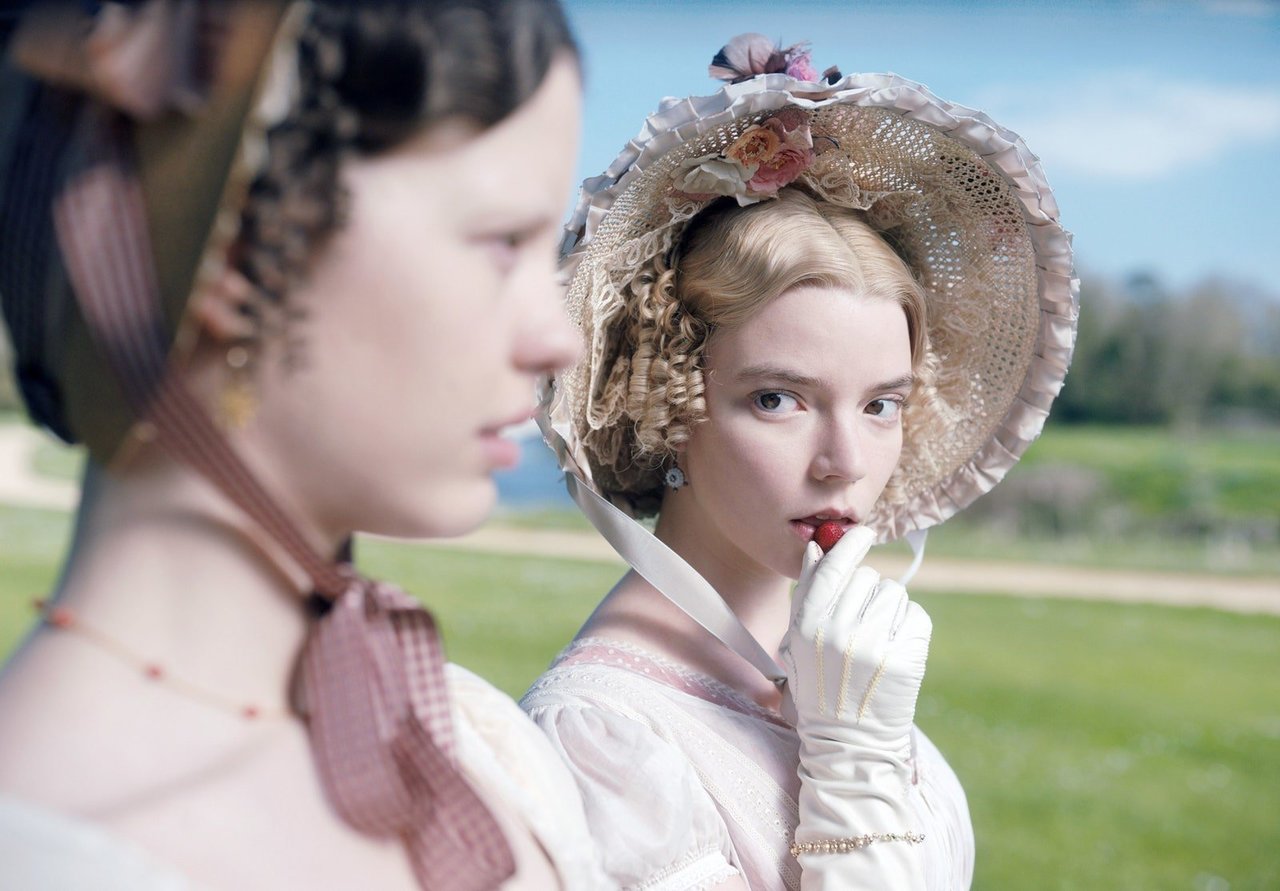 With director Autumn de Wilde at the helm-known best for her music videos, but perhaps most familiar to fashion followers for the dreamy romanticism of her lookbooks for Rodarte-this year’s Emma adaptation was always going to be a treasure trove of flouncy, Regency-era style. Yet it proved to be all that and more, with costume designer Alexandra Byrne (the mastermind behind Cate Blanchett’s meticulously researched Tudor regalia in Shekhar Kapur’s Elizabeth) dreaming up a pastel-hued, delightfully playful chocolate box of costumes that brought to mind the freshness and modernity of Sofia Coppola’s idiosyncratic take on period costuming for Marie Antoinette. It helped, too, that the star was Anya Taylor-Joy, who seemed to relish every moment promenading around gardens and mounting carriages in her kaleidoscopic line-up of coats and gowns, bringing this centuries-old tale to vibrant life once again. 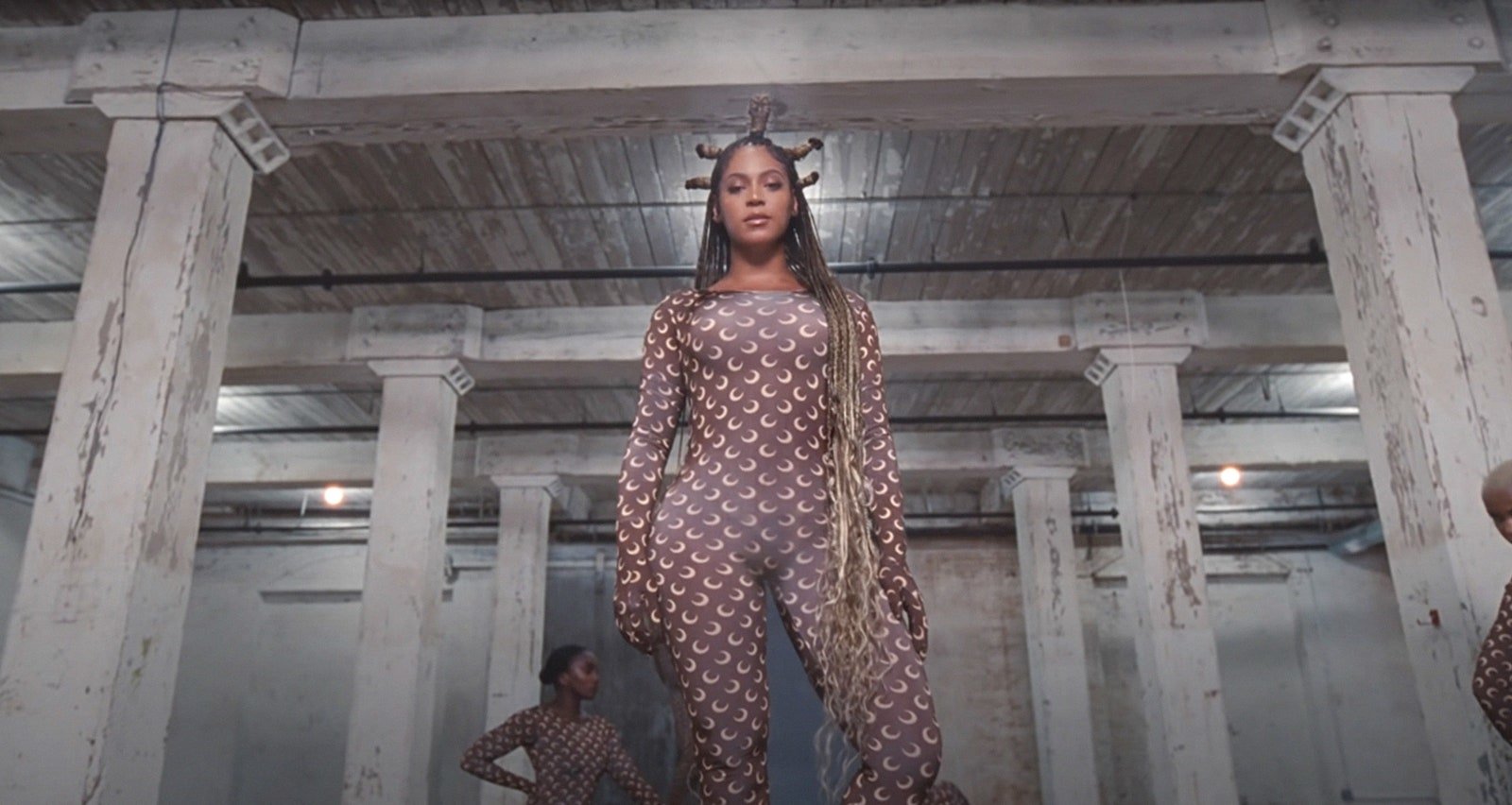 Released in July as a visual album to accompany Beyoncé’s soundtrack album for Disney’s The Lion King remake, Black Is King was the thrillingly escapist, Afrocentric fashion fantasia so many of her fans were yearning for this year. Working alongside her regular stylist Zerina Akers, the film featured everything from the crème de la crème of European high fashion by way of Balmain, Valentino, and Versace, to insider labels like Marine Serre, Area, and Molly Goddard. At the heart of Beyoncé’s sartorially ambitious vision, however, was her celebration of both African designers and those across the diaspora: from a striped bodysuit by Ivorian-American designer Loza Maléombho, to a black-and-white houndstooth gown by the Senegalese label Tongoro, Beyoncé and Akers firmly trained their spotlight on the continent’s often untapped design talent. Worn by Beyoncé and her costars with carnivalesque flair, the costumes were the most fashion-forward cinematic spectacle of the year. 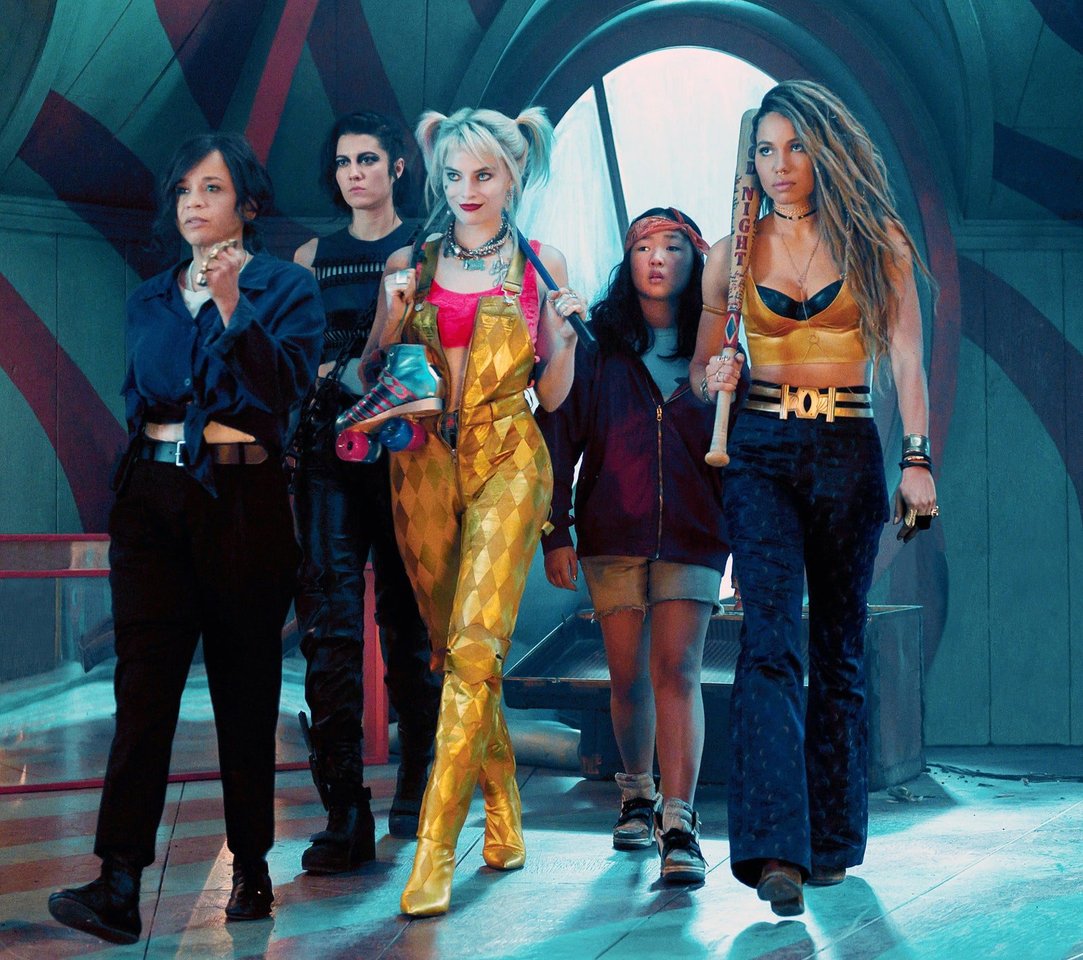 Few on-screen looks in recent memory felt as instantly iconic as Margot Robbie’s turn in 2016’s Suicide Squad as supervillainess Harley Quinn, topping lists of the most popular Halloween costumes every year since. But while the signature get-up of Robbie’s deranged antihero is now well-defined-dip-dye pigtails, a ripped tee, fishnet tights, and a baseball bat slung over the shoulder-this year’s Quinn-centric follow up, Birds of Prey, allowed her to show a little more variety. With costume designer Erin Benach finding inspiration in everything from comic books and Japanese street style, the fashion of Robbie and her gang served as a wilfully gaudy outward manifestation of the anarchic chaos they wreak across the course of the film. 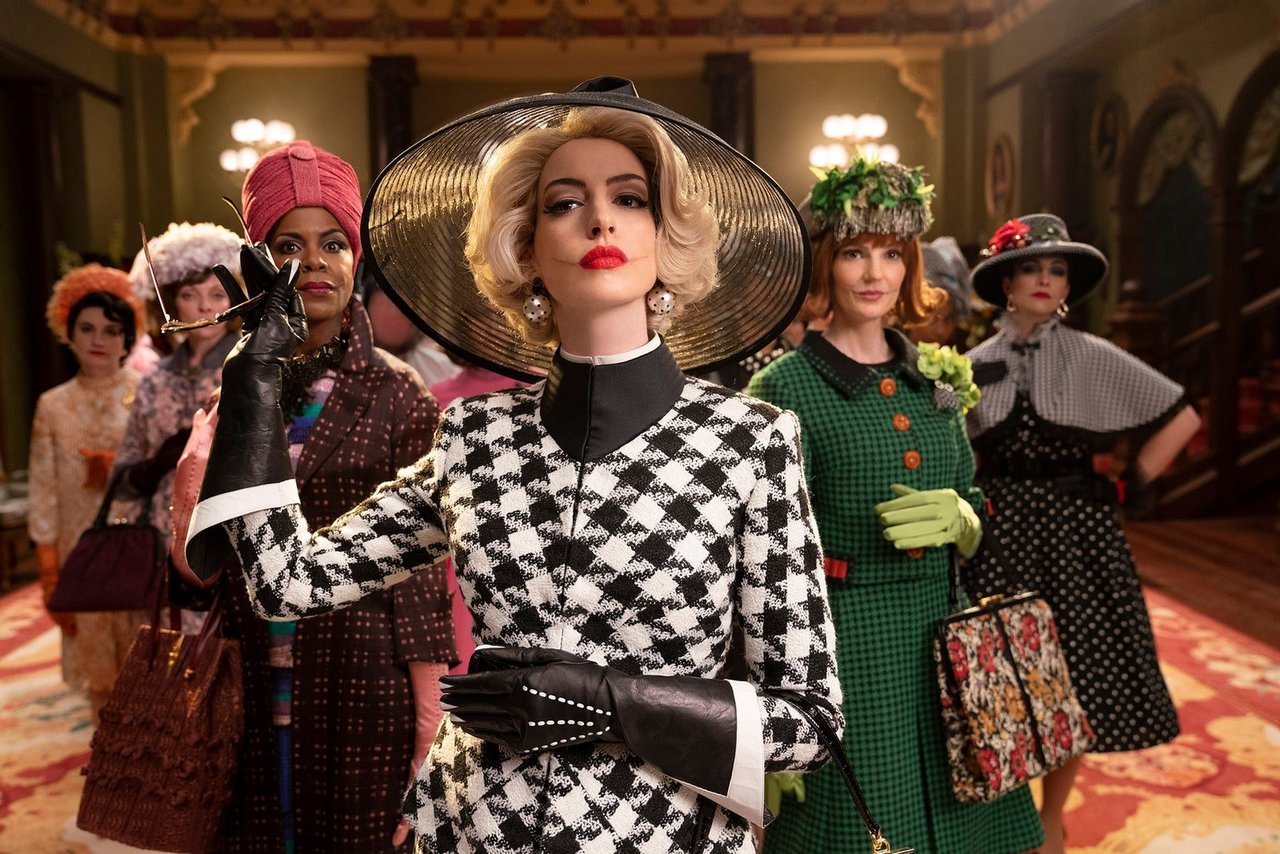 While Robert Zemeckis’s syrupy take on the Roald Dahl classic, The Witches-starring Anne Hathaway as an imperious and deliciously campy Grand High Witch-may not have won over fans of the notably darker 1990 Nicolas Roeg adaptation, it didn’t disappoint in the costuming stakes. Designed by Joanna Johnston, the nods to style icons like Marilyn Monroe and Jackie Kennedy, exaggerated proportions, and hypersaturated colors made for a gloriously eye-popping joyride through mid-century fashion history. (A special shoutout to the powder pink, 1950s-inspired opera coat worn by Hathaway as she begins a speech to her witchy coven, which she slides off to reveal a slinky, snake-detailed purple dress-a note-perfect shift from sweet to sinister that Dahl himself would surely be proud of.) 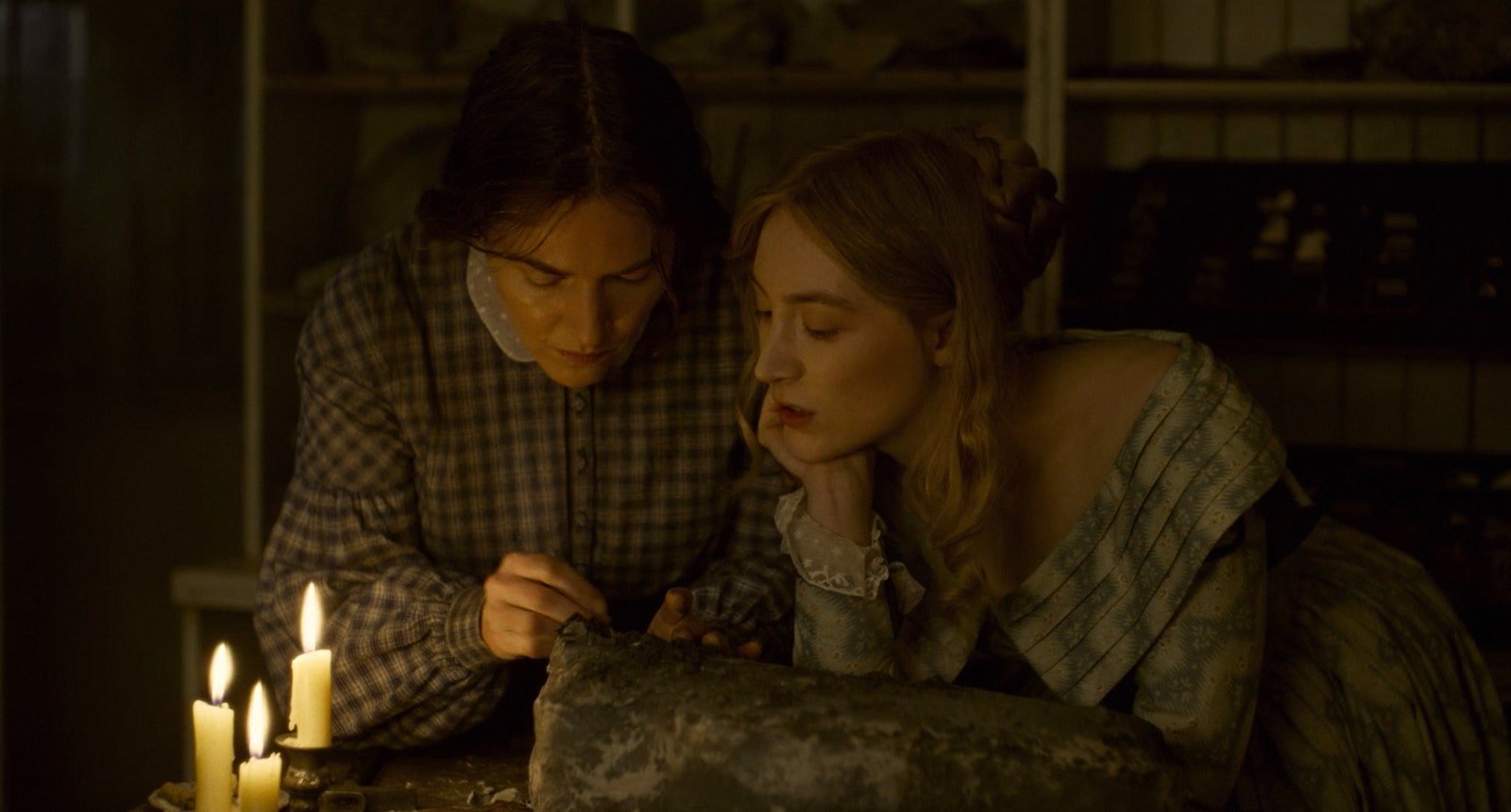 While the bonnets and crinolines of a British period drama are always catnip for awards voters, Francis Lee’s moving lesbian romance Ammonite offers something a little more nuanced. Starring Kate Winslet as the 19th-century paleontologist Mary Anning, who finds herself foisted with Saoirse Ronan as a new assistant, the pair stalk the gloomy beaches of England’s south coast on the hunt for fossils, when an unexpected romance strikes. Though their wardrobe may initially seem austere, it’s a reflection of the balance between conventional feminine dress and the practicality Anning would have required to do her job—an approach to costuming which neatly reflects the film’s broader resonances, as they find their love suffocated by the moral strictures of Victorian society. Designer Michael O’Connor’s name will be another to keep your eye on as awards season rolls around.