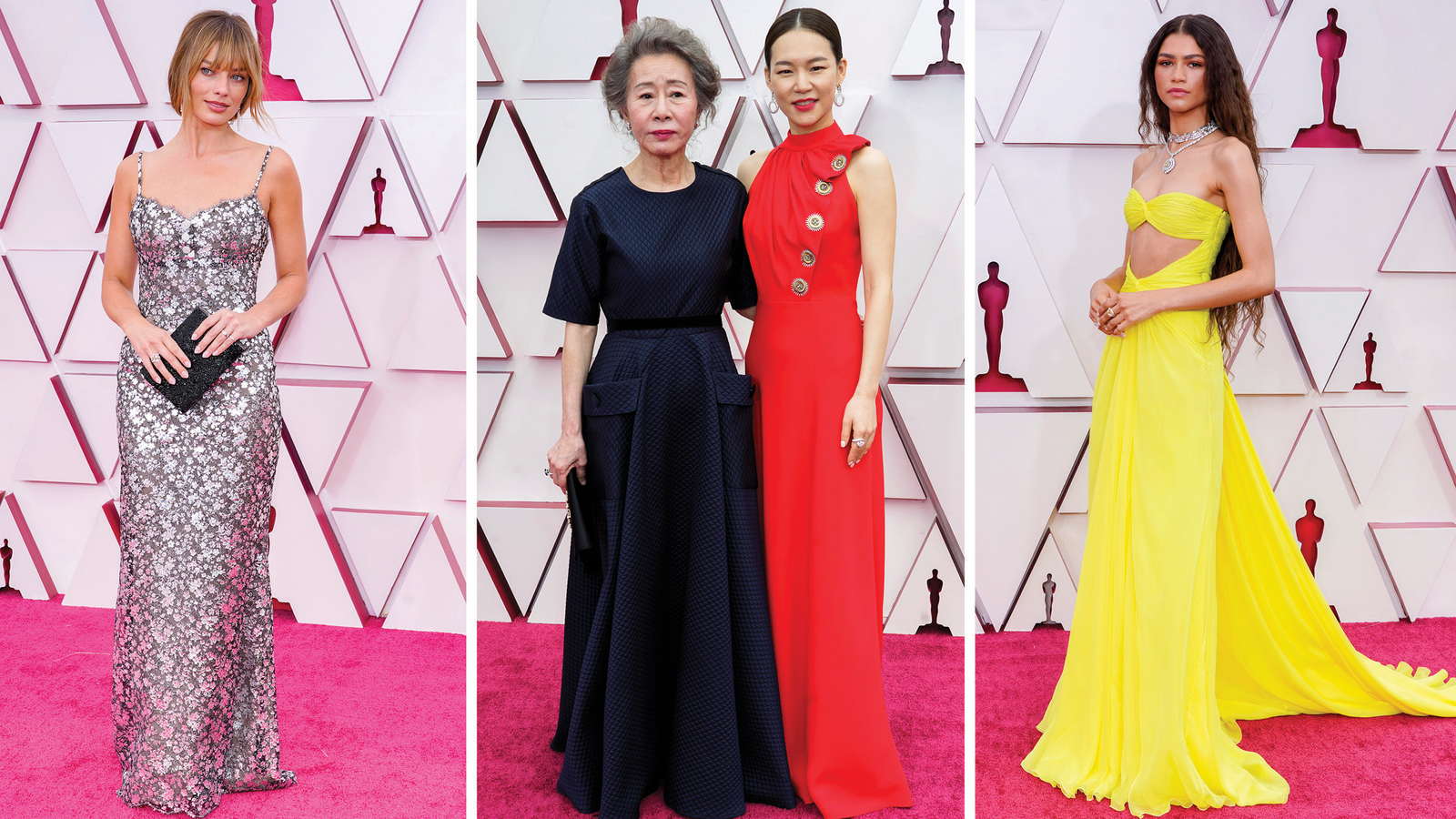 The Best-Dressed Stars at the 2021 Academy Awards

Nothing competes with the Oscars. The 2021 awards season may have pivoted toward virtual ceremonies, prerecorded appearances, and at-home fashion moments, but the Academy Awards felt like a return to form. An entirely in-person event conducted at multiple venues to adhere to COVID-19 safety precautions, they brought out the stars in a way we haven’t seen in more than a year. Just as golden-age stars used their onscreen personas to bring fantasy to viewers during difficult times, tonight’s guests seemed intent on restoring the elegance once synonymous with the big screen.

The night’s nominees and presenters all went the extra mile. The looks glittered, thanks to the handcrafted details designer ateliers put into each piece and the trend toward high-gloss style. The drama of Pierpaolo Piccioli’s Valentino Haute Couture spring 2021 collection came to the carpet via Promising Young Woman star Carey Mulligan’s larger-than-life iridescent gown decked out in pearls and sequins. Director Regina King shone in a custom Louis Vuitton dress designed by Nicolas Ghesquière and covered with the most Swarovski crystals the brand has ever used within a single garment.
The fashions were united by the sense of grandeur that has defined the event for decades. Each star had their way of approaching the concept of Oscars dressing, but all honored the spirit of the ceremony. Already versed in golden-age fashion thanks to her plum part as O.G. It girl Marion Davies in Mank, Amanda Seyfried dazzled in crimson Armani Privé pleats that curved into the shape of a flower petal. Equally alluring was the disco glamour of Zendaya’s custom fluorescent yellow silk-chiffon Valentino look. Accessorized to the hilt with more than $6 million worth of Bulgari gems, it was an outré Oscar moment worthy of Cher.

The bar for menswear continues to be raised thanks to expressive stars like Ma Rainey’s Black Bottom star Colman Domingo, whose hot pink Atelier Versace look enlivened the carpet. Likewise, the unstoppable cuteness of Minari’s Alan Kim, whose Thom Browne tux was the most adorable look of the evening, was uplifting.

After a tumultuous year where even seeing a movie in a theater was nearly impossible, the spectacle of the Oscars took on a different meaning. Several months ago, the idea of celebrities parading around in expensive clothes would have been inappropriate. But as the world slowly reopens, a collective nostalgia has kicked in. It will be a long time before the nonstop schedule of step-and-repeats and fancy parties returns and the sight of a room filled with actors smiling in designer fashion is a regular occurrence. In the interim, there is beauty to be found in the new, adapted versions of perennial events. If 2021’s parade of smartly dressed Oscar attendees proves anything, it’s that glamour can still feel extraordinary and transportive. 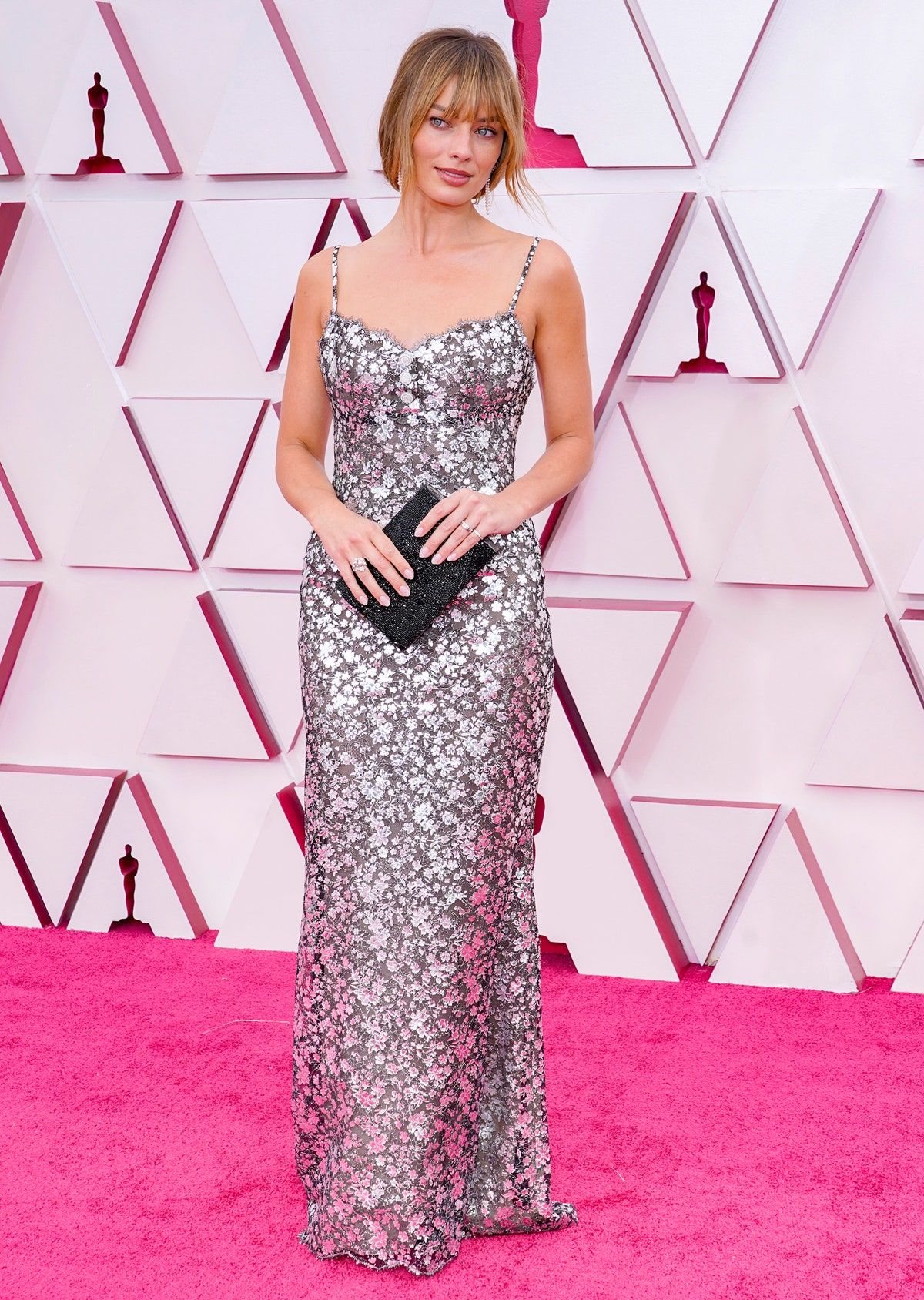 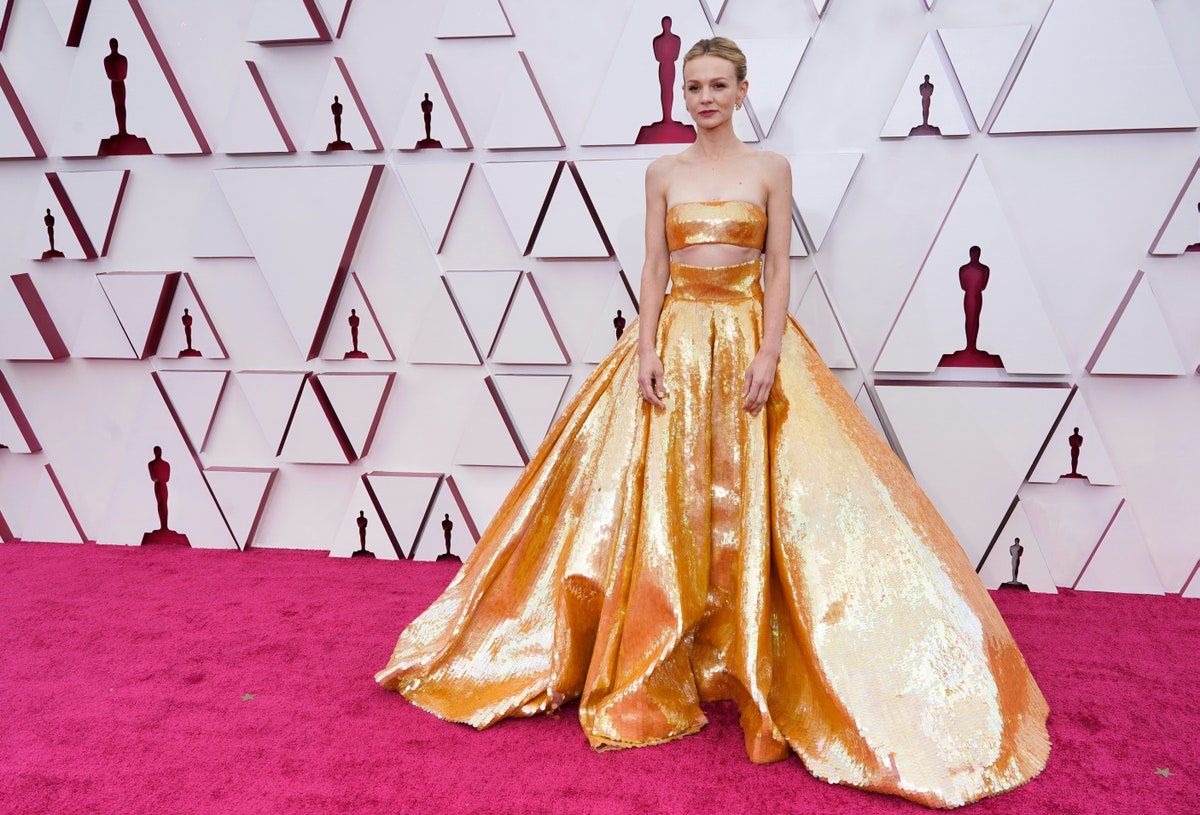 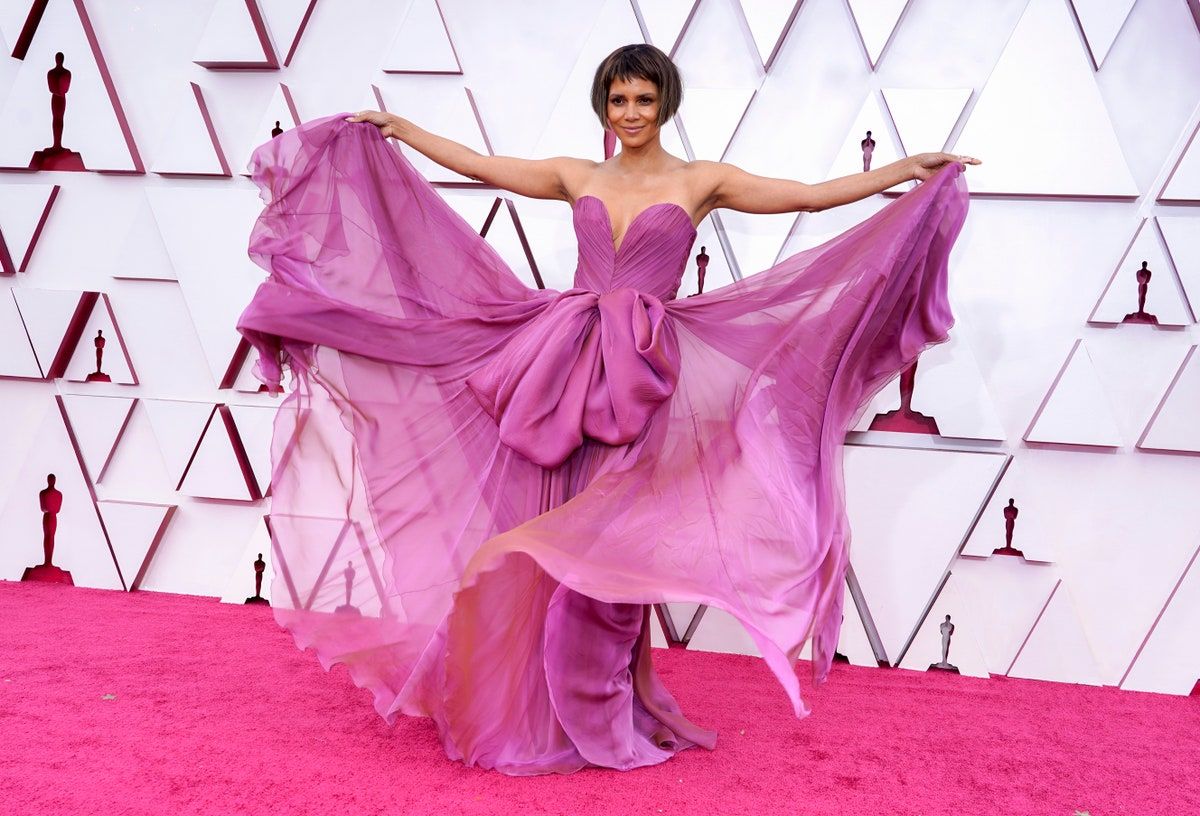 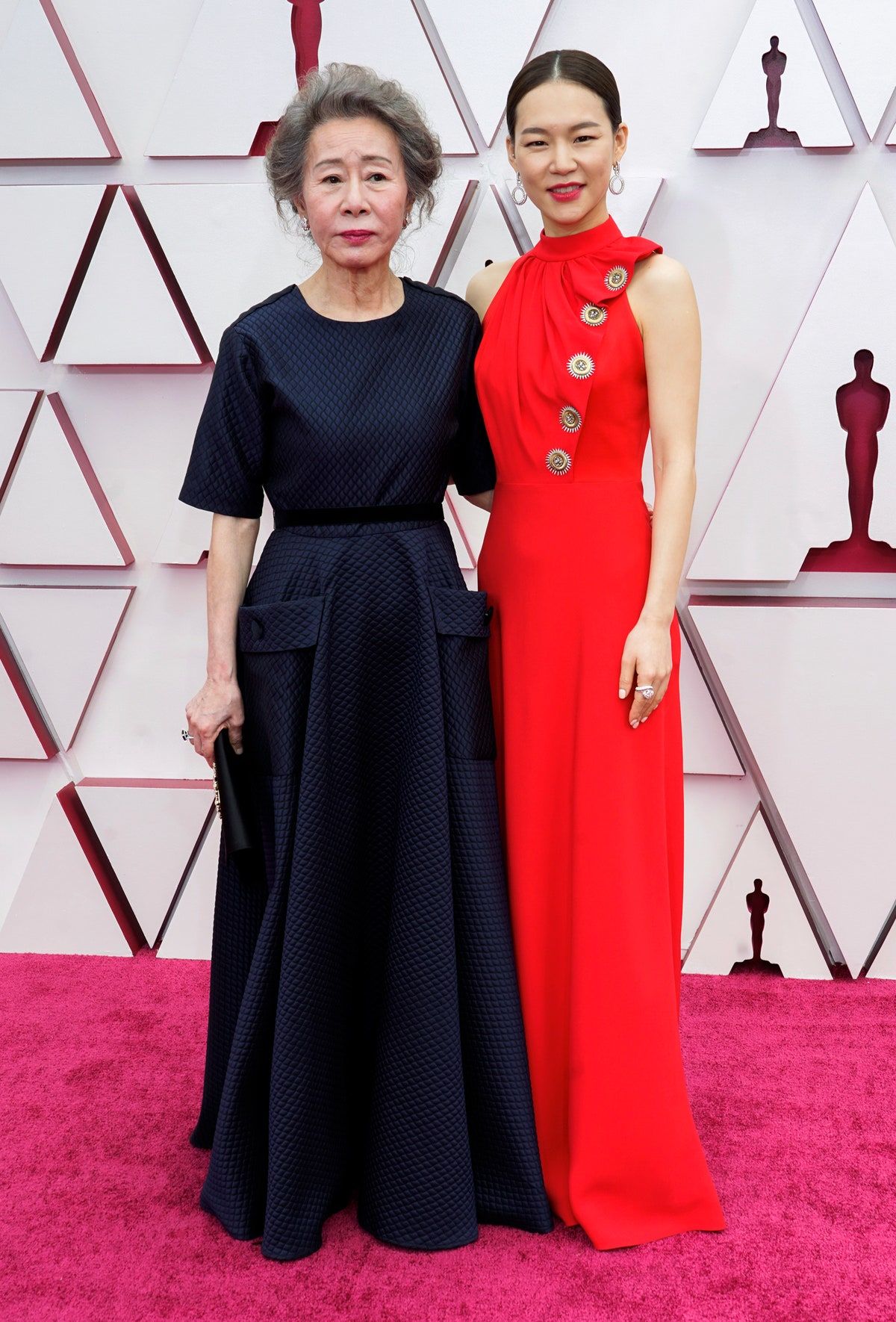 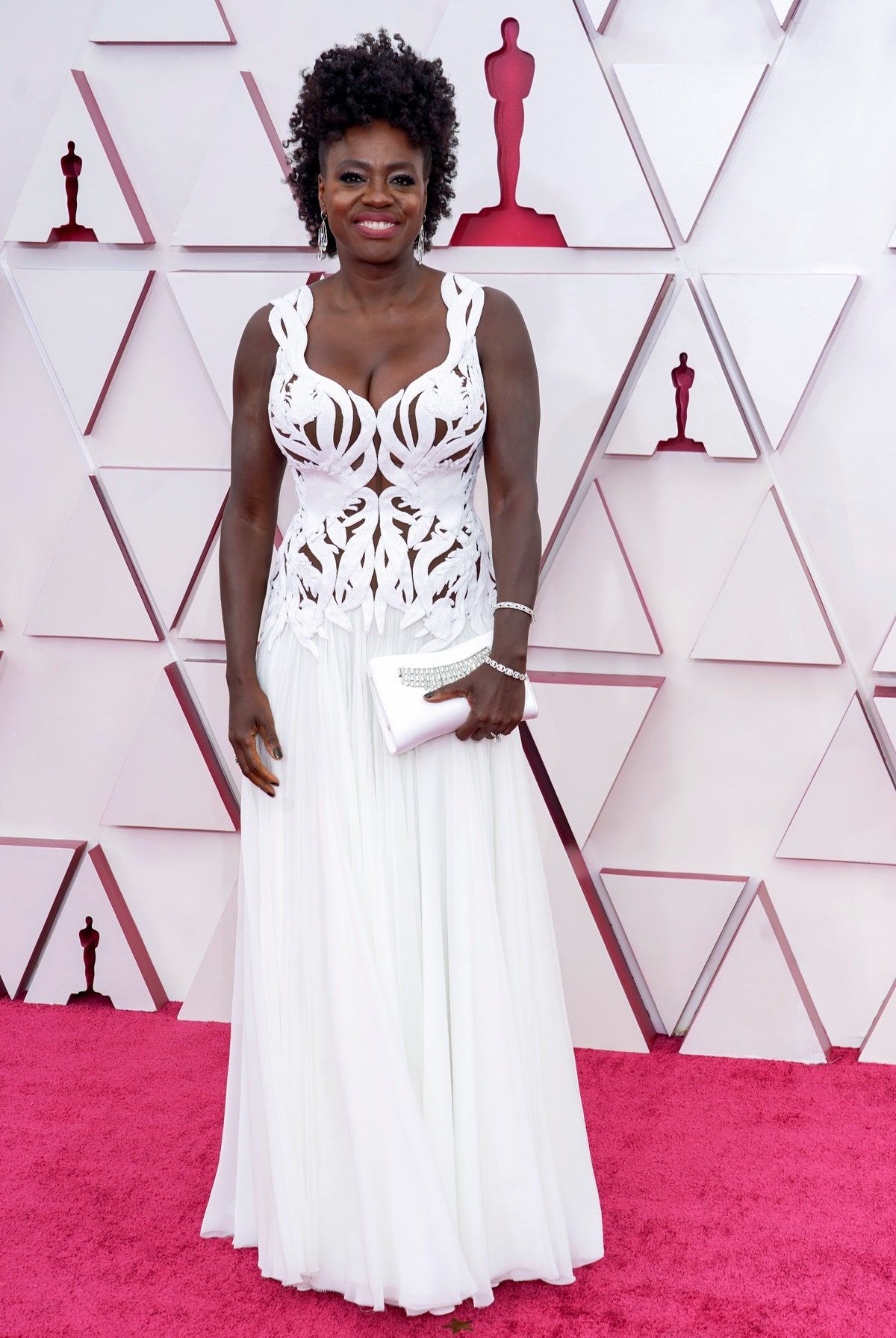 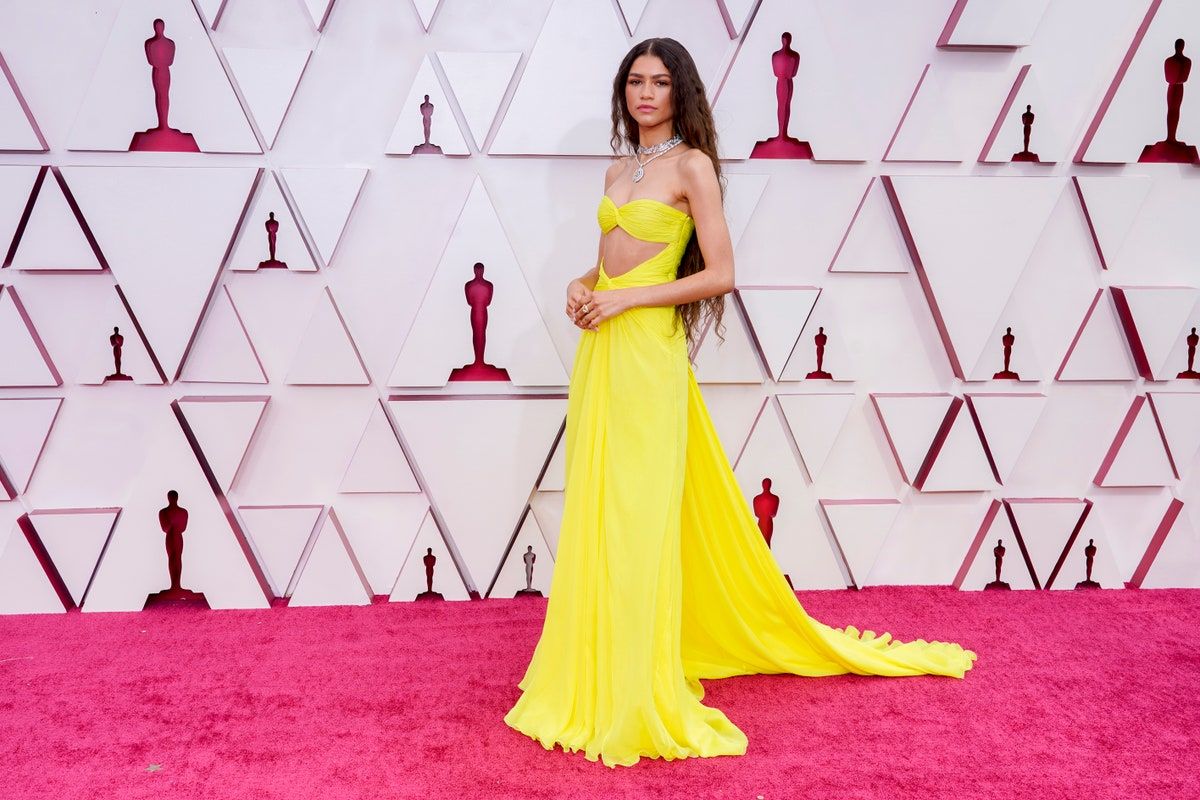 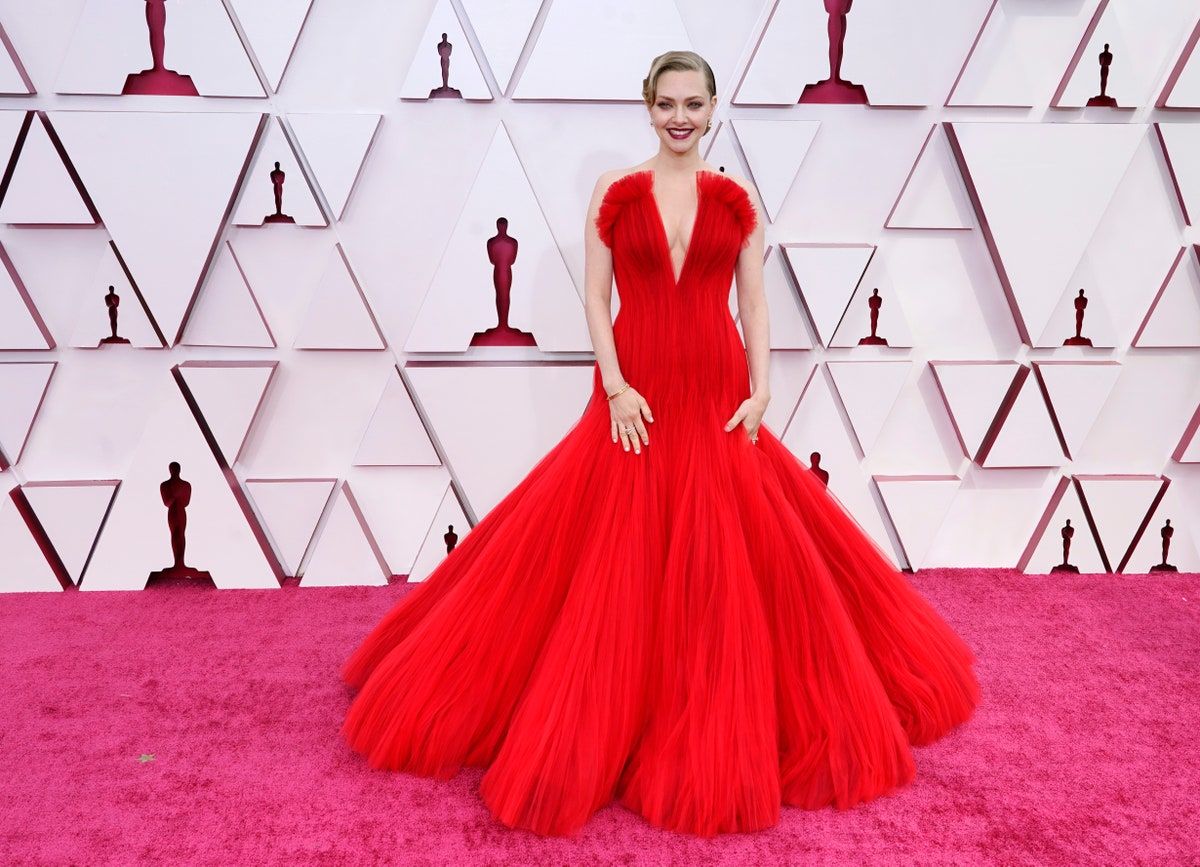 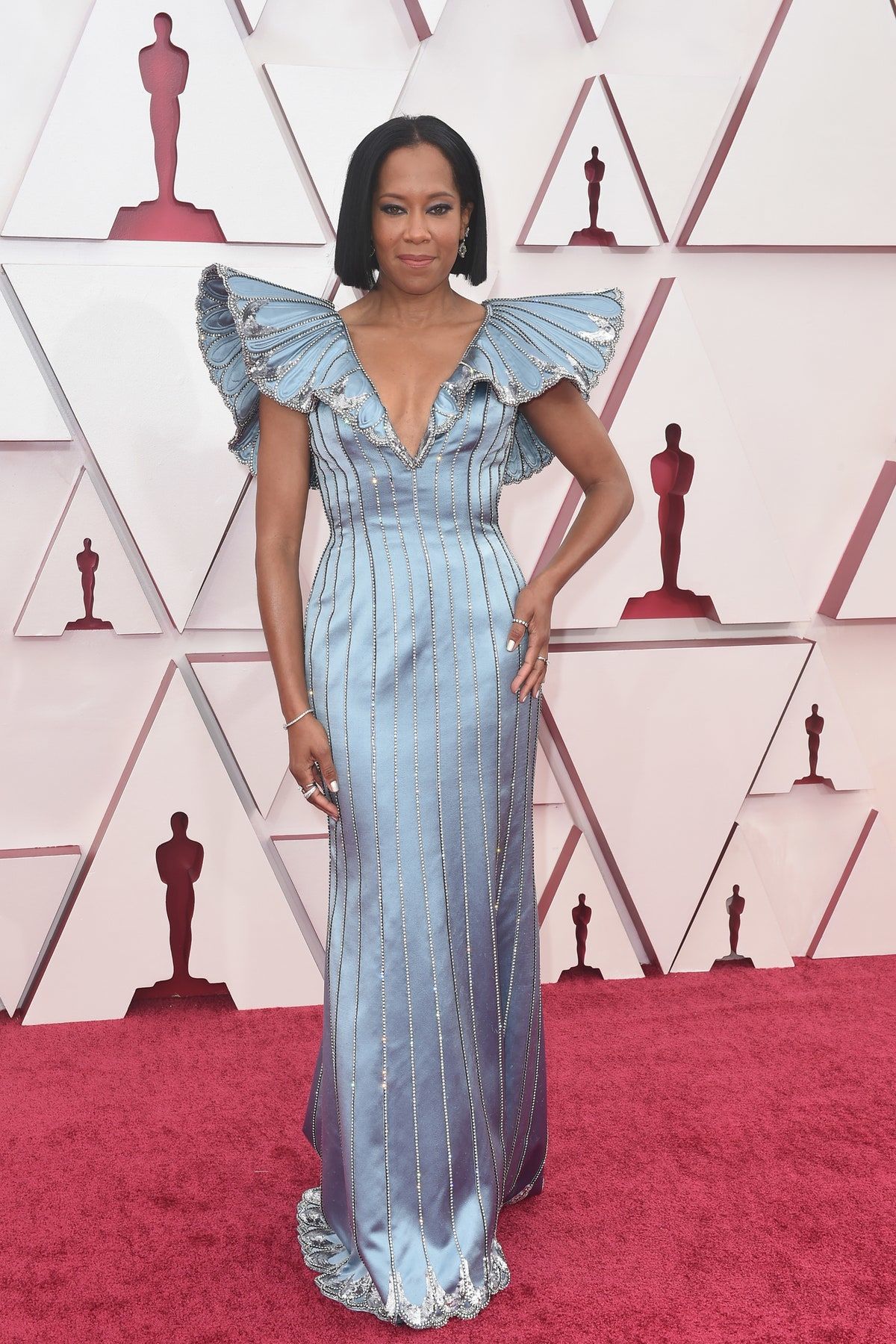 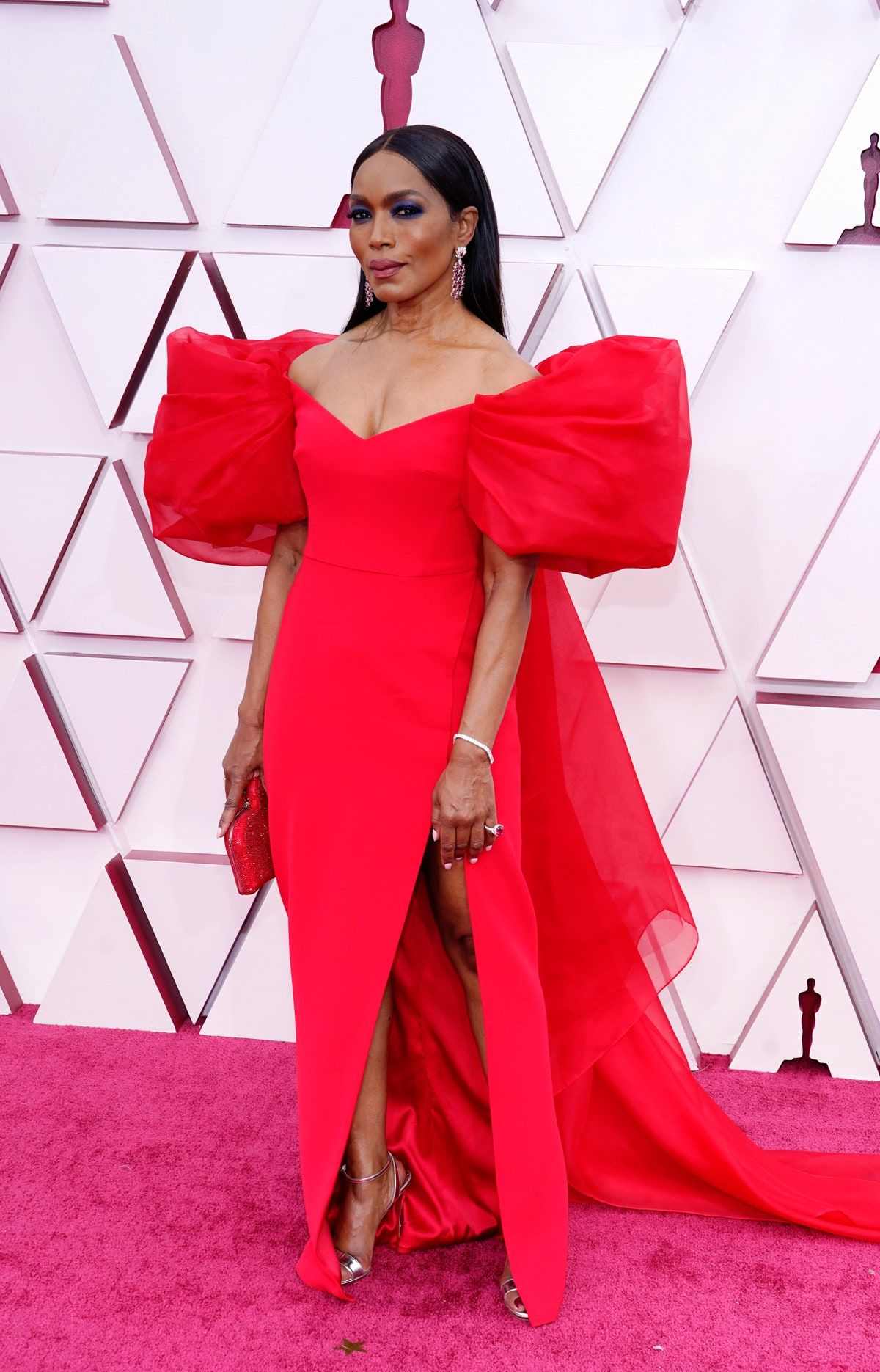 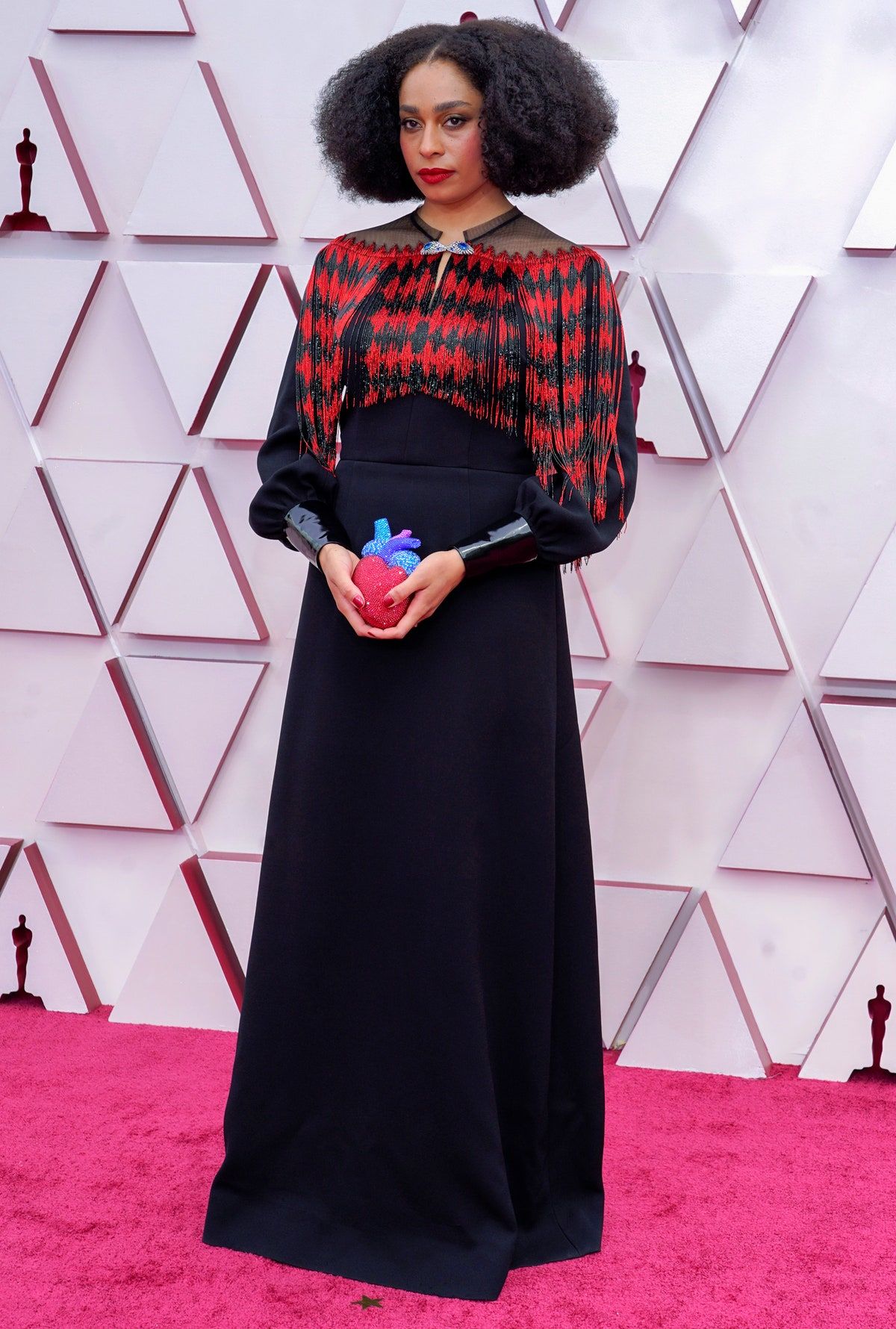