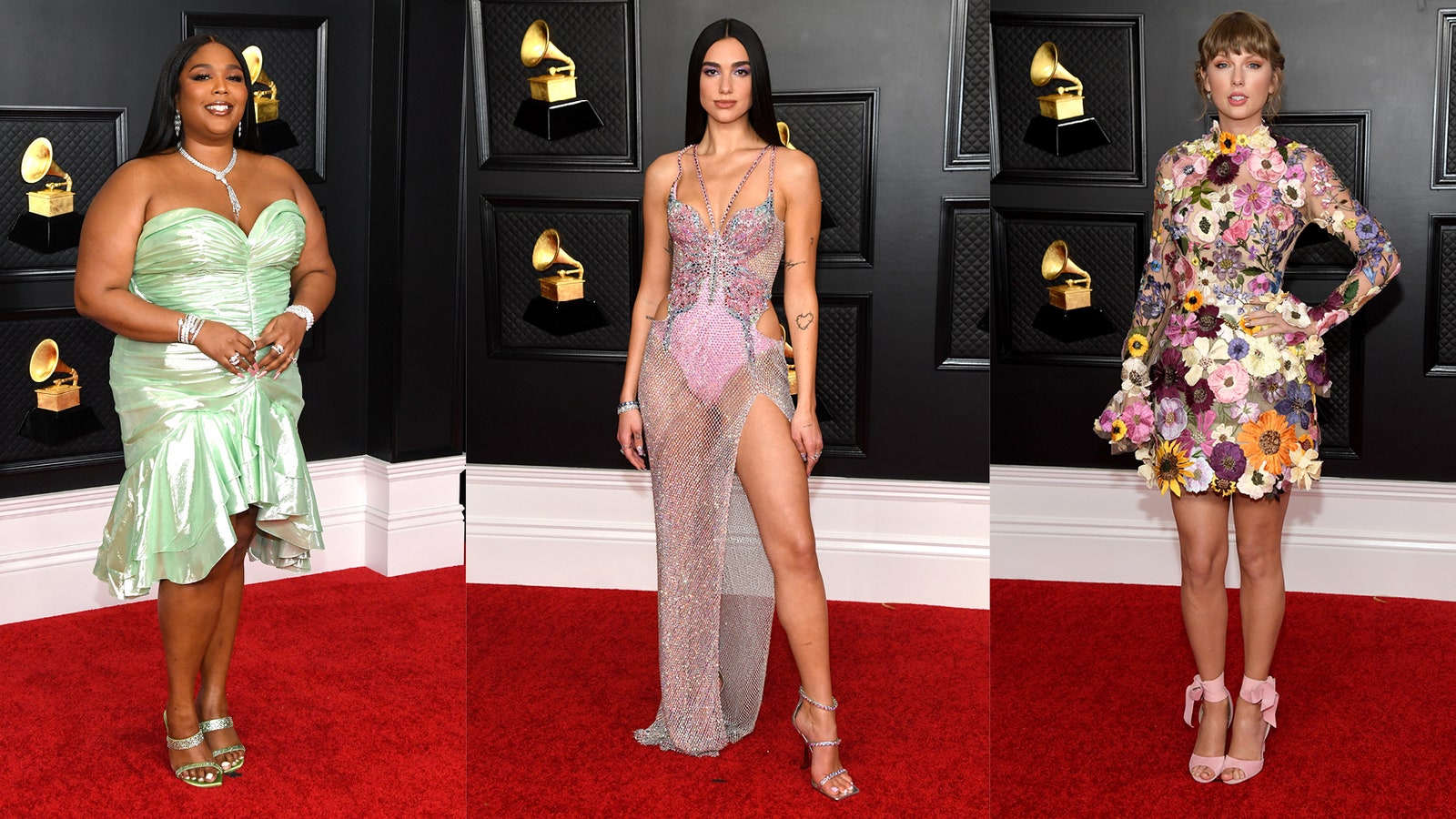 The Best Dressed Stars at the 2021 Grammy Awards

No event matches its mix of outré style and attention-grabbing outfits.

Awards shows mean fashion and plenty of it, but the Grammys are something special. No event matches its mix of outré style and attention-grabbing outfits. One of the few occasions where a little black dress or simple tux just won’t cut it, its red carpet necessitates bold expressions of personality. The designer pieces chosen by the artists attending often do more than look good-they assert exactly who they are and their musical message. At 2021’s ceremony, the mood was irreverent and daring. The tone was set by Harry Styles, who began the ceremony with a fresh rendition of his hit, ‘Watermelon Sugar’ and a reinterpretation of his signature look. In head-to-toe Gucci black leather suit and a mint feather boa, Styles went glam rock as he displayed a fresh side of his sound and onstage persona.

As a Donatella-approved Versace girl, Dua Lipa is used to wearing the Italian brand’s slinky dresses, but in a barely-there transparent pink gown decked out in crystals, she was the evening’s otherworldly dream girl. For sultry glamour, Chloe and Halle’s dual takes on gilded Louis Vuitton customized to match each Bailey sister’s personality.

Of course, there was more than one way to grab attention. In Gucci bucket hat and matching mask, Billie Ellish delivered e-girl cool, while country trailblazer Mickey Gunton was ethereal in Valentino’s butterfly-covered transparent cape. A regal presence on any red carpet, Cynthia Erivo demonstrated why she is one of the most stylish women in Hollywood by bringing the drama in a silver Nicolas Ghesquière-designed column gown that ranks among the best looks of the entire awards season. 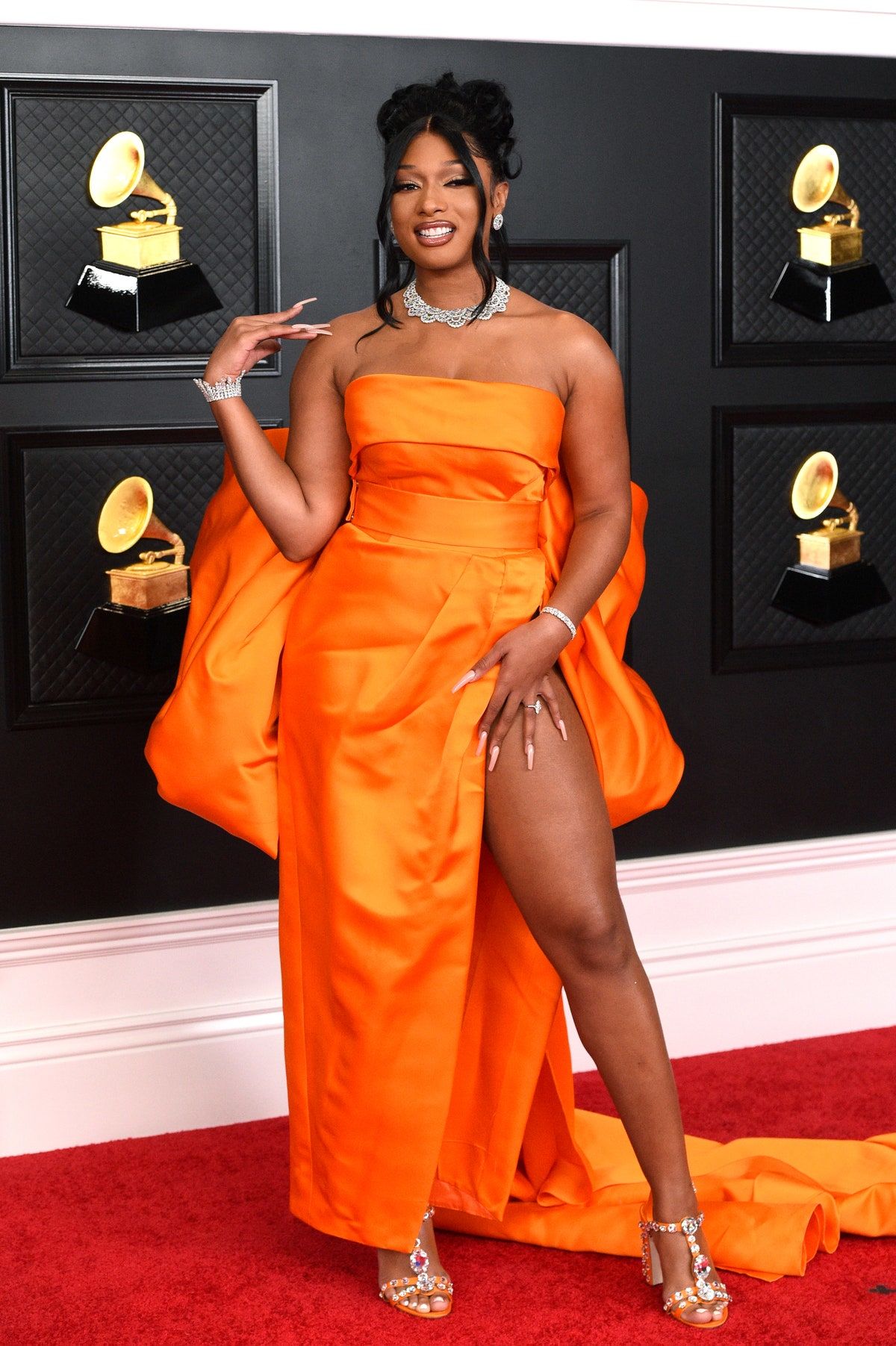 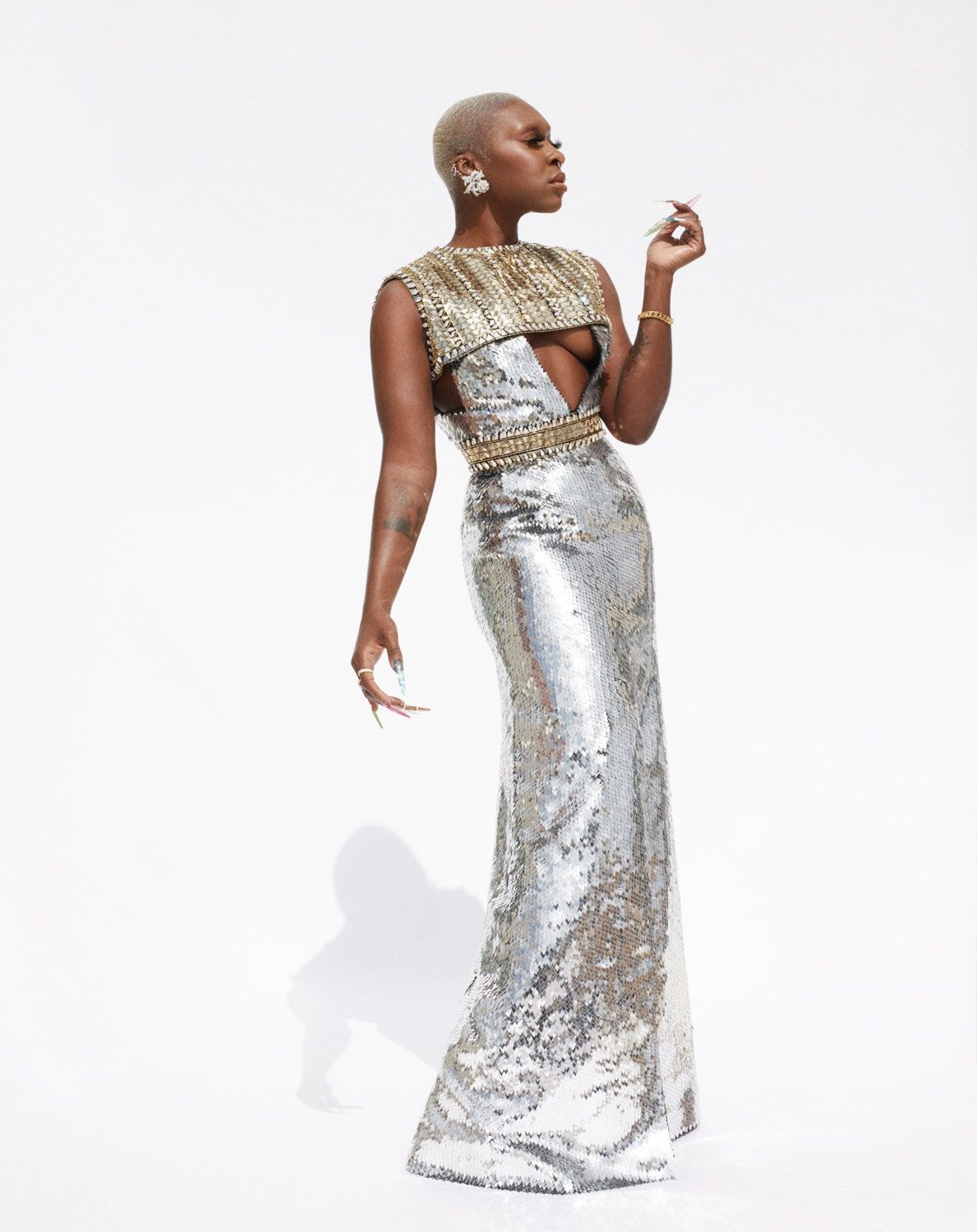 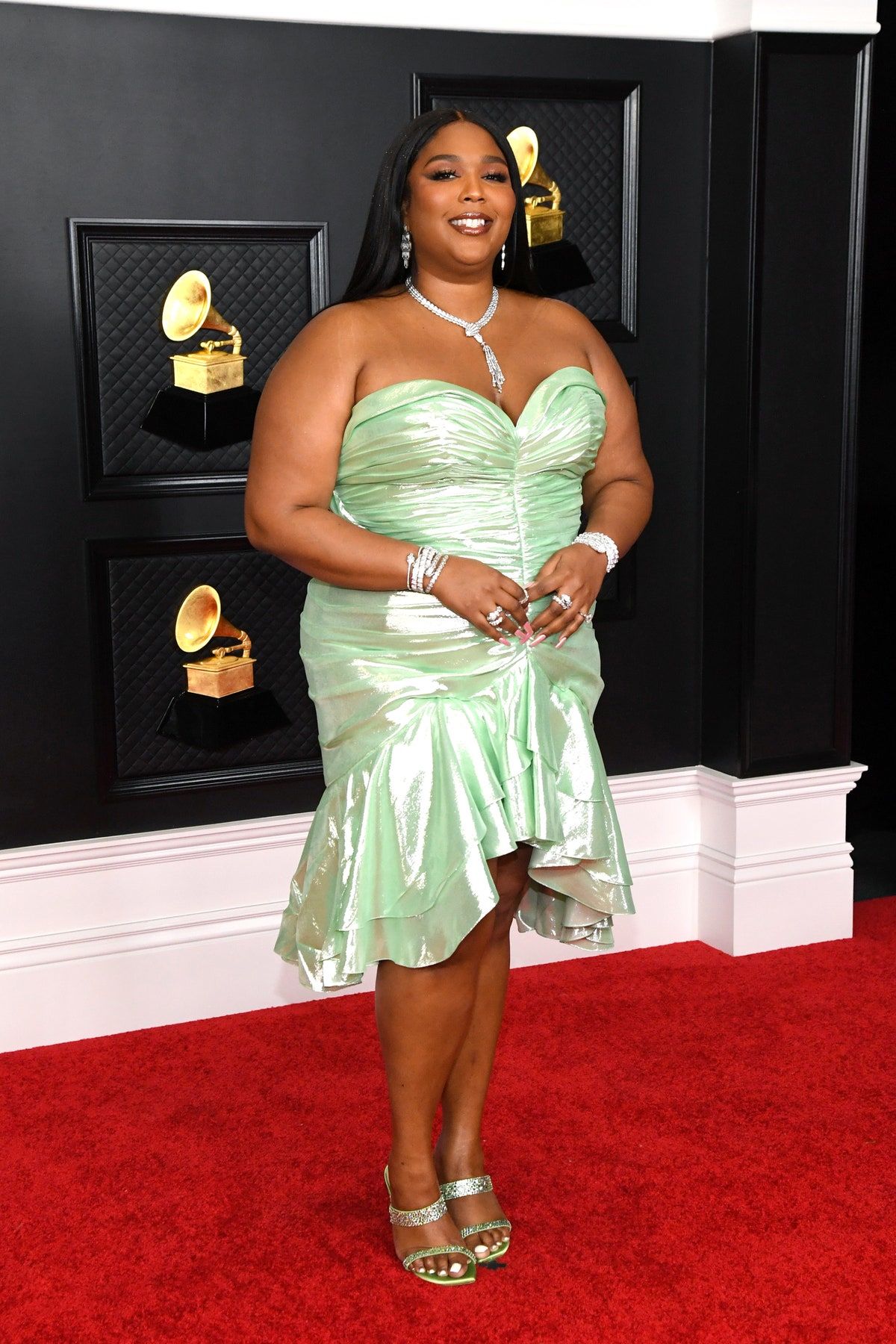 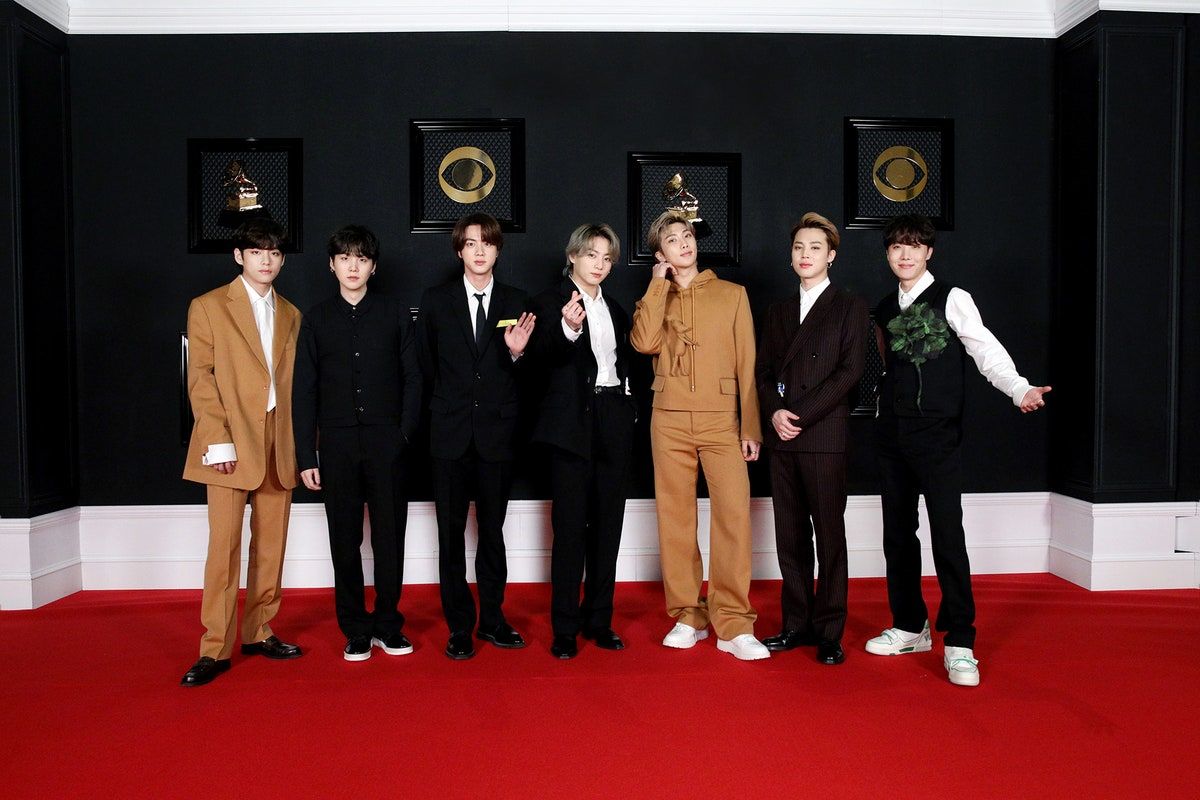 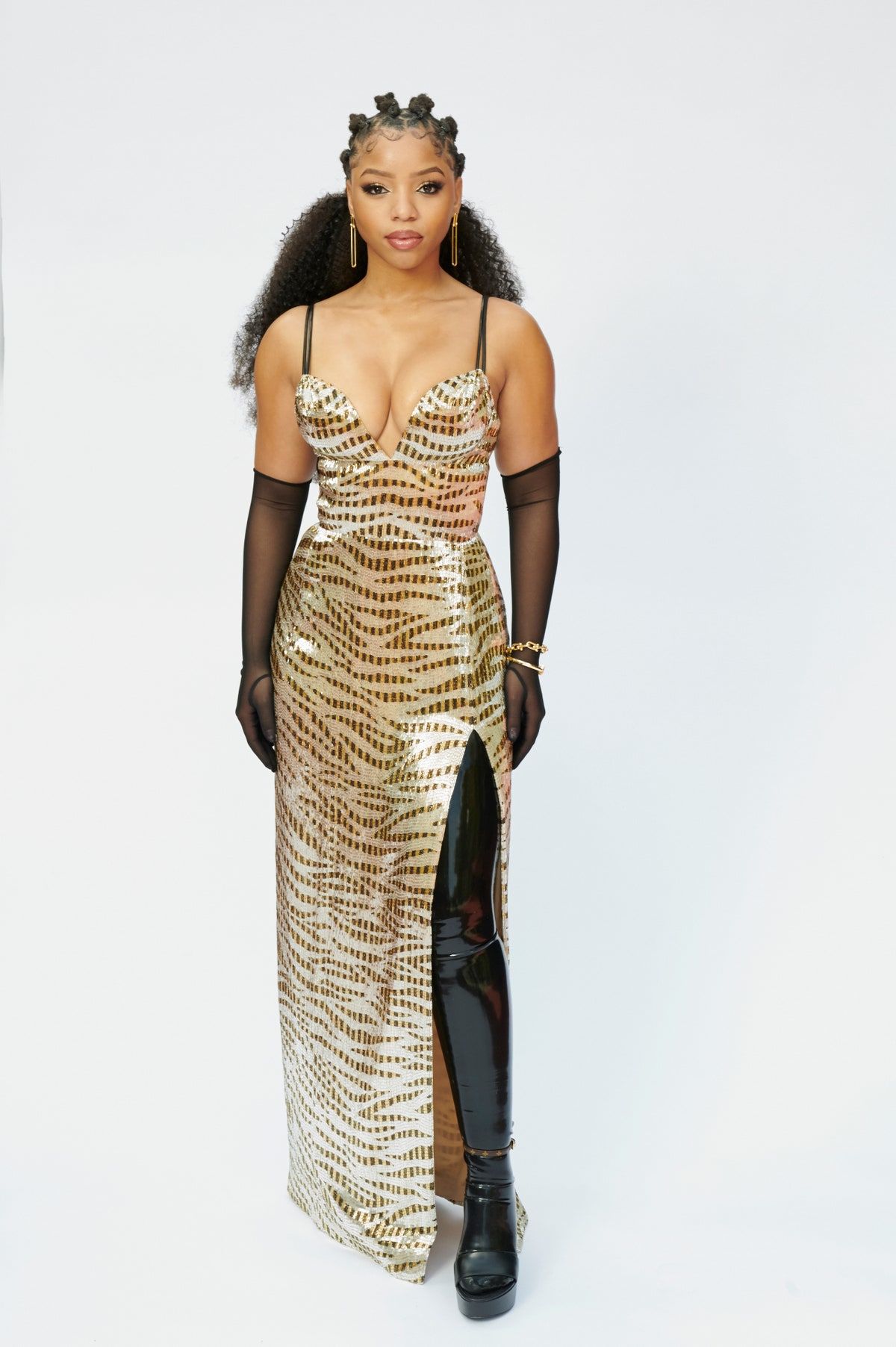 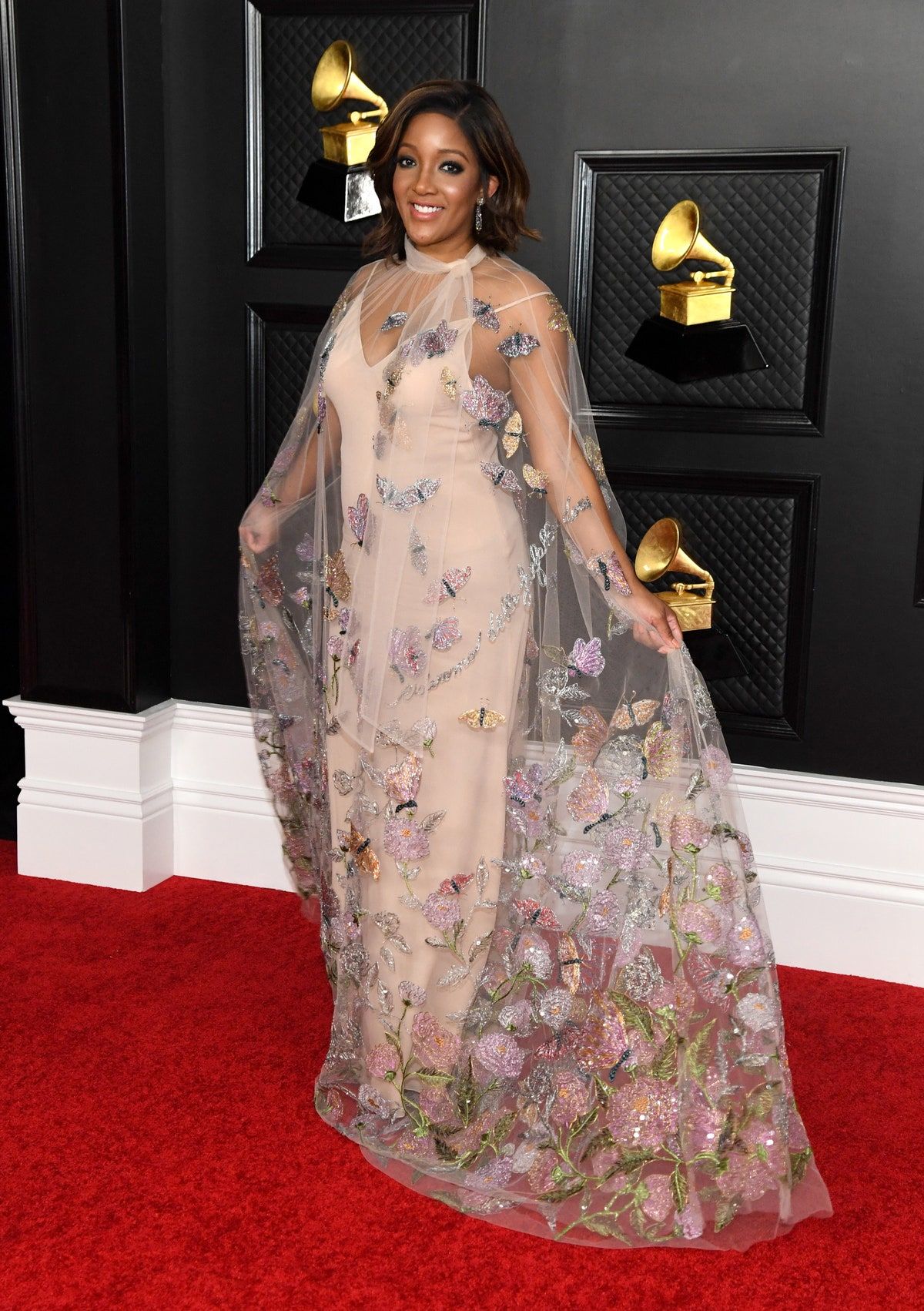