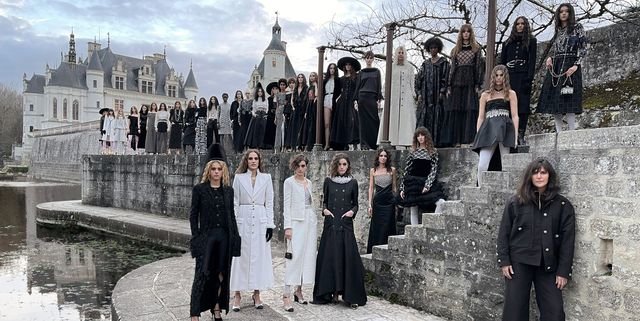 The fashion house presents their latest collection to one famous guest.

With countless eyes tuning in virtually from around the globe, Virginie Viard presented her 2020/21 Métiers d’art Collection for CHANEL to an audience of one: Kristen Stewart! The actress and house ambassador will also be starring in the collection’s advertising campaign shot by Juergen Teller at the “Château des Dames” where the show was held. The choice of location for the show is fascinating, as explained by Viard, “showing at the Château de Chenonceau, at the 'Château des Dames,' was an obvious choice. It was designed and lived in by women, including Diane de Poitiers and Catherine de’ Medici. It is a castle on a human scale. And Catherine de’ Medici’s emblem was a monogram composed of two intertwined Cs, just like that of Chanel.” This special place served as a springboard for Viard's designs. The checkerboard motif from the castle's floor appears on skirts and tweeds throughout in the opening passage. The prominence of black used in the collection is a nod to Catherine de' Medici only wearing black after the death of Henry II. The rest of the collection serves to highlight the skill of the CHANEL Métiers, including a black lace dress composed of stud-punctuated lattice work made by Lemarié, embroidery inspired by the Château's gardens courtesy of Lesage, and the most fabulous princess hats by Maison Michel which help transport viewers into their very own Renaissance fantasies. Ahead, see some of our favorite looks from the collection. 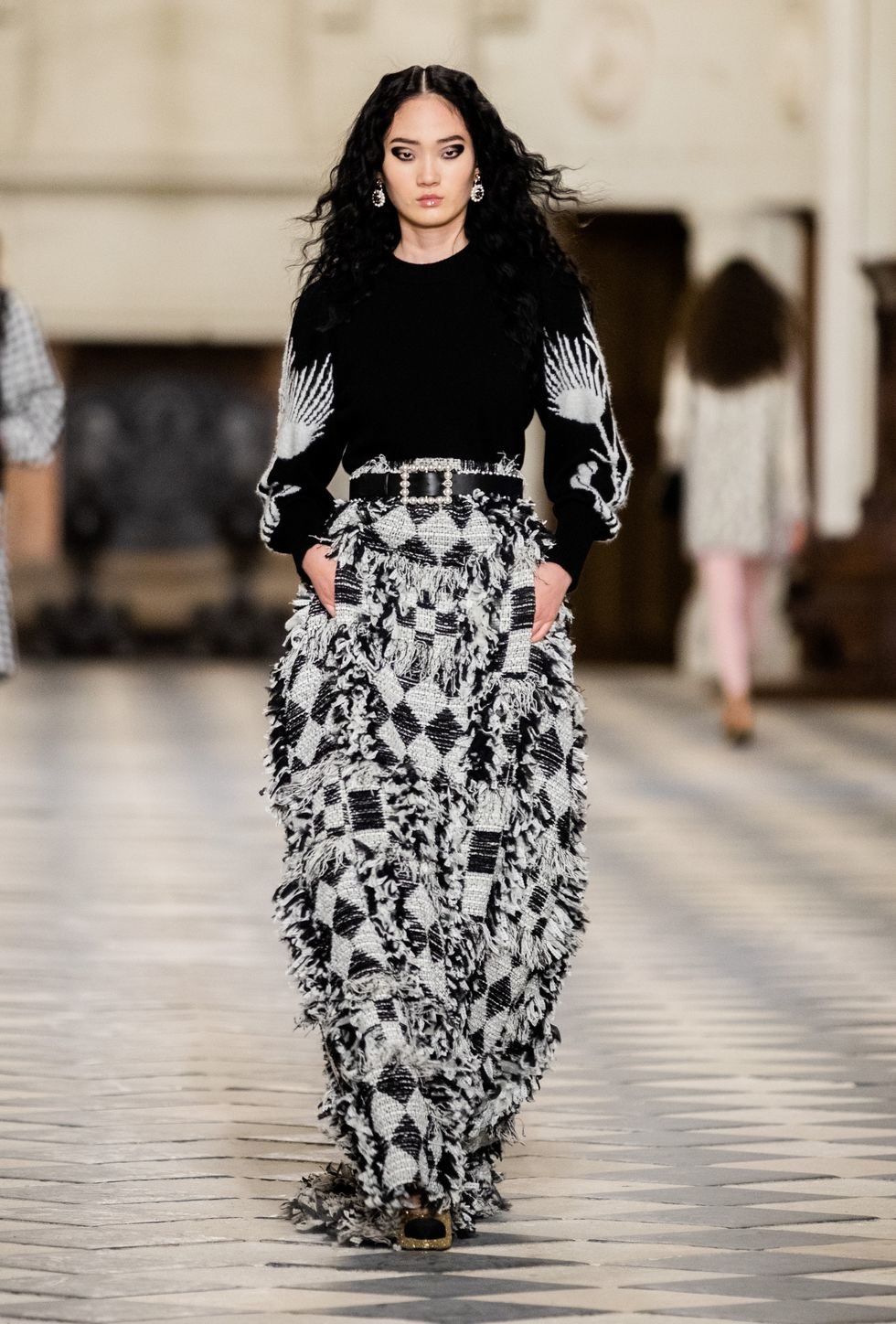 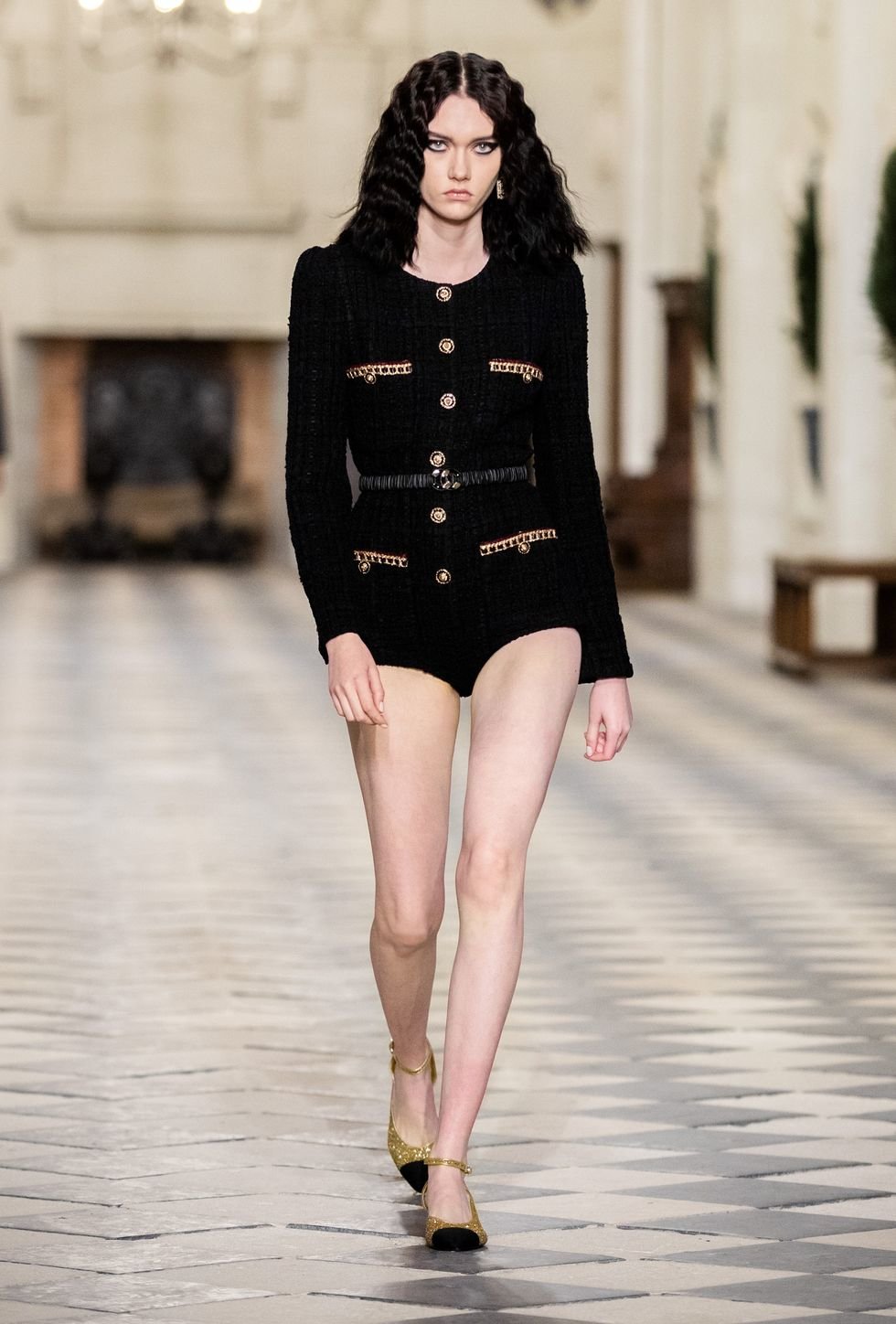 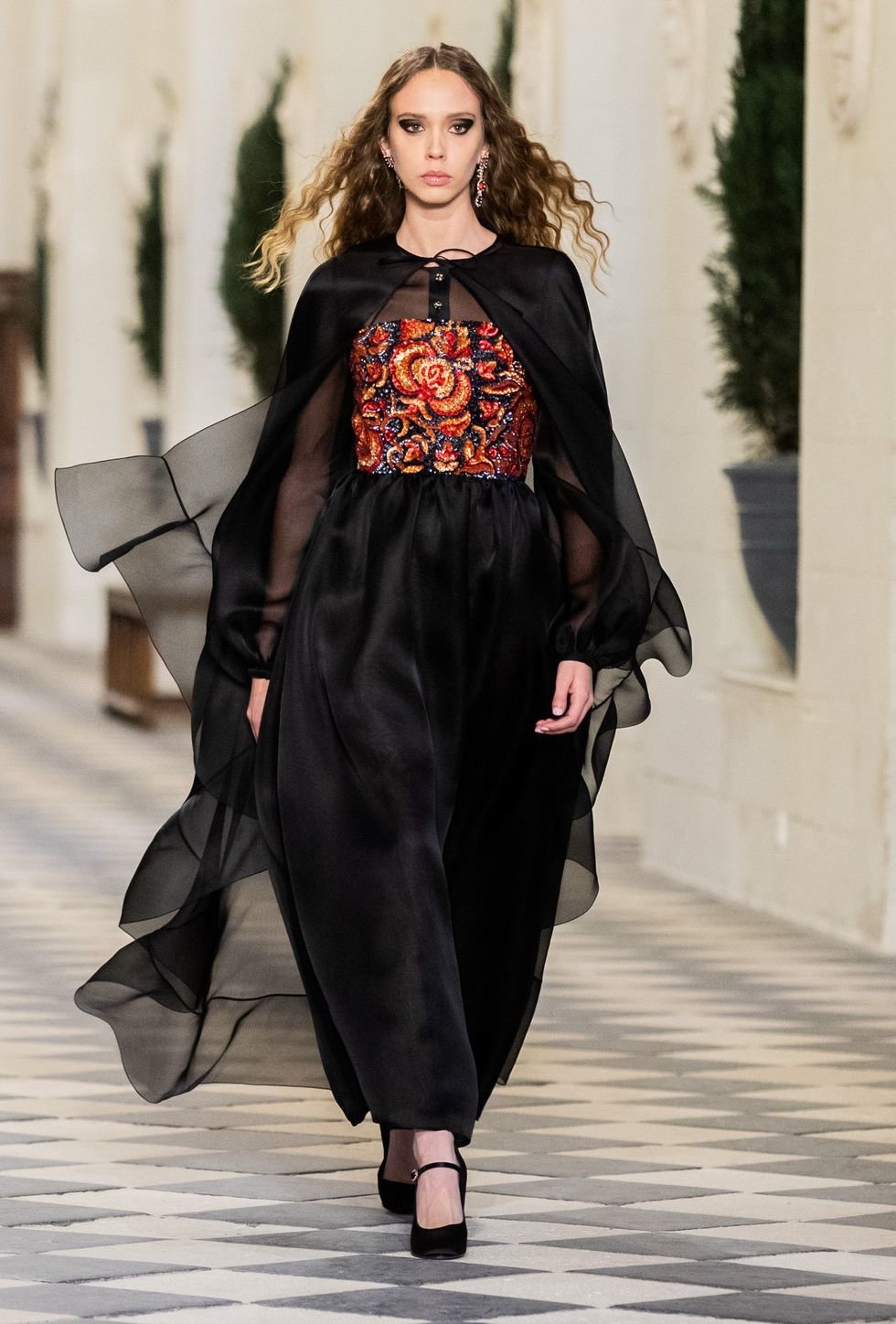 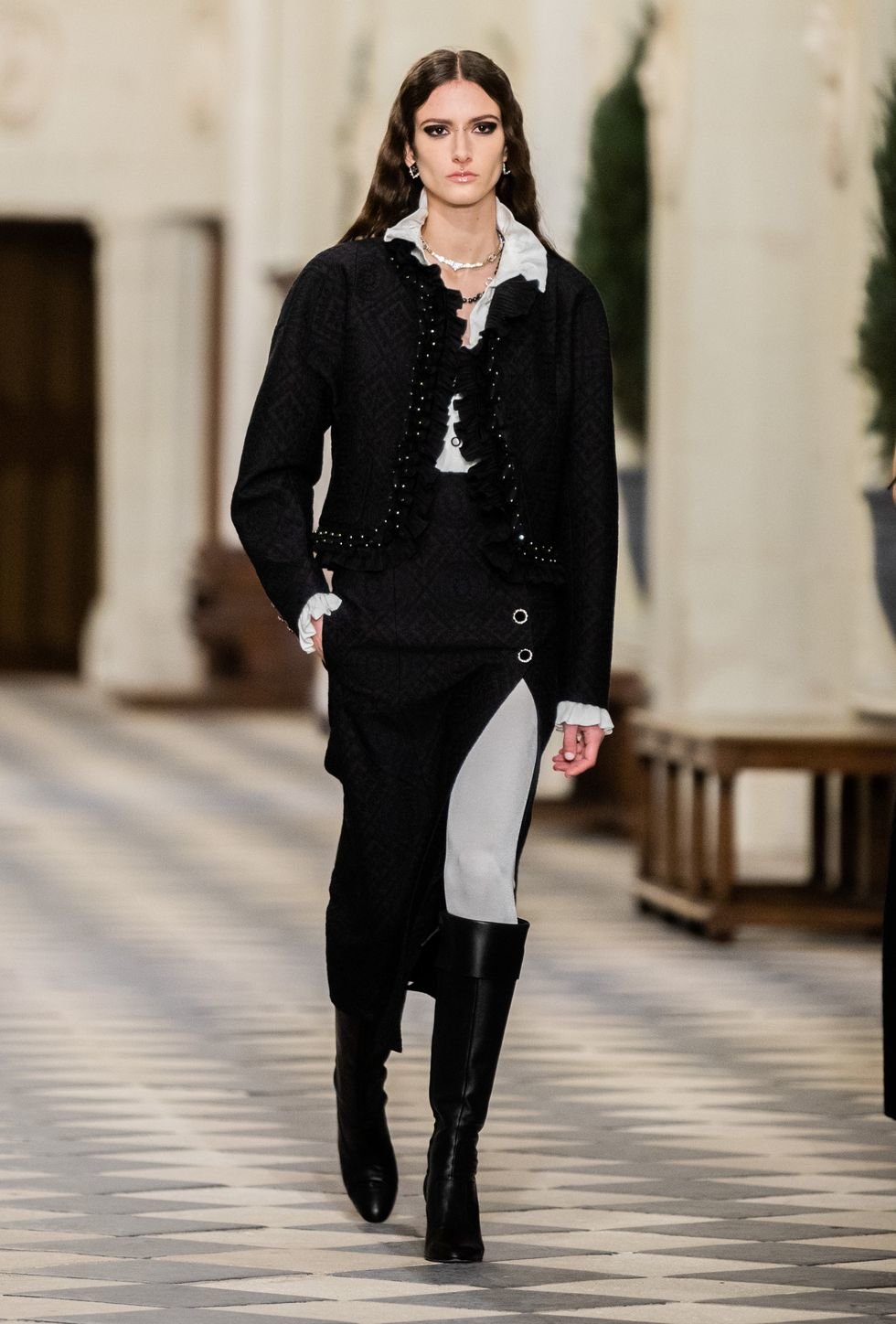 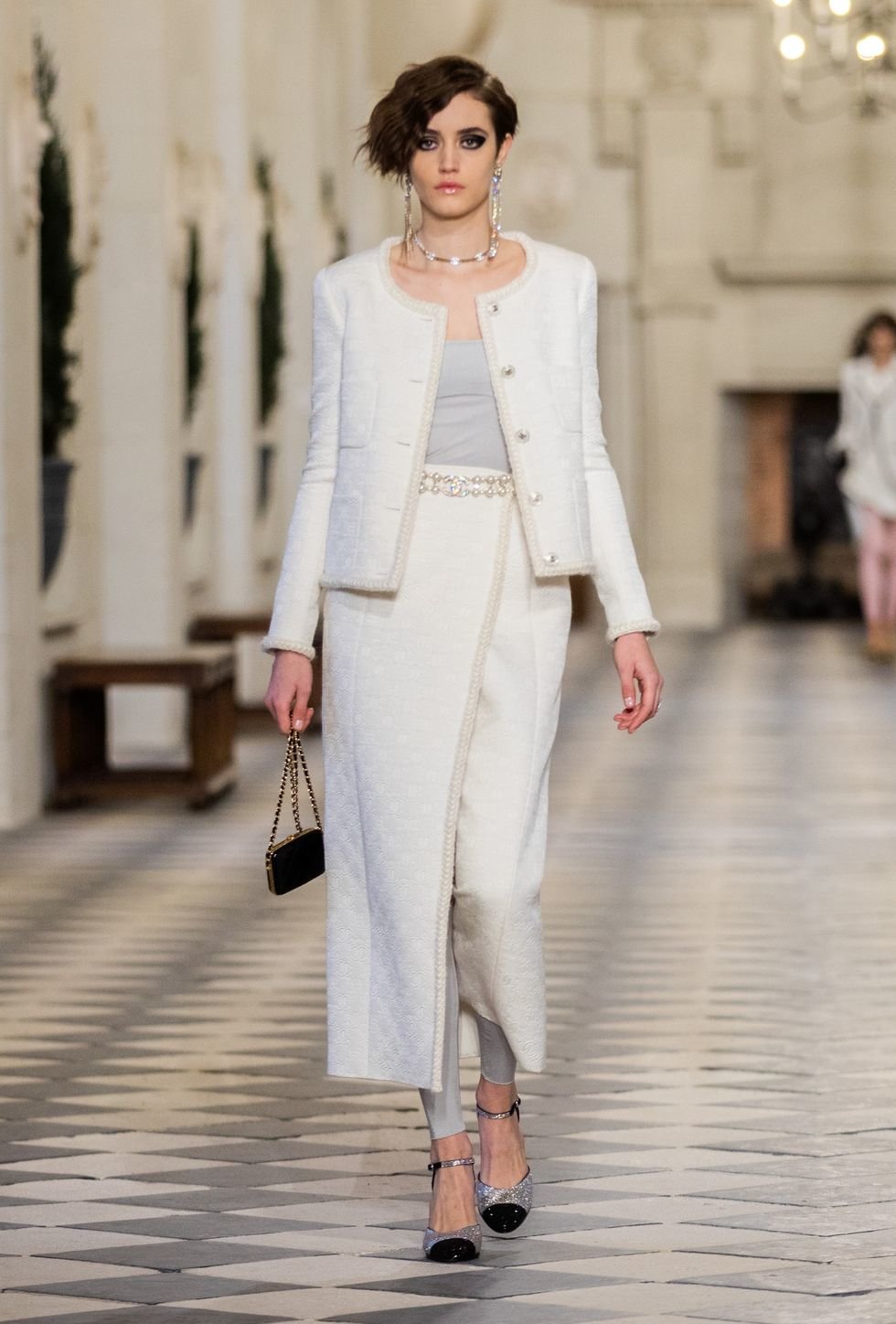 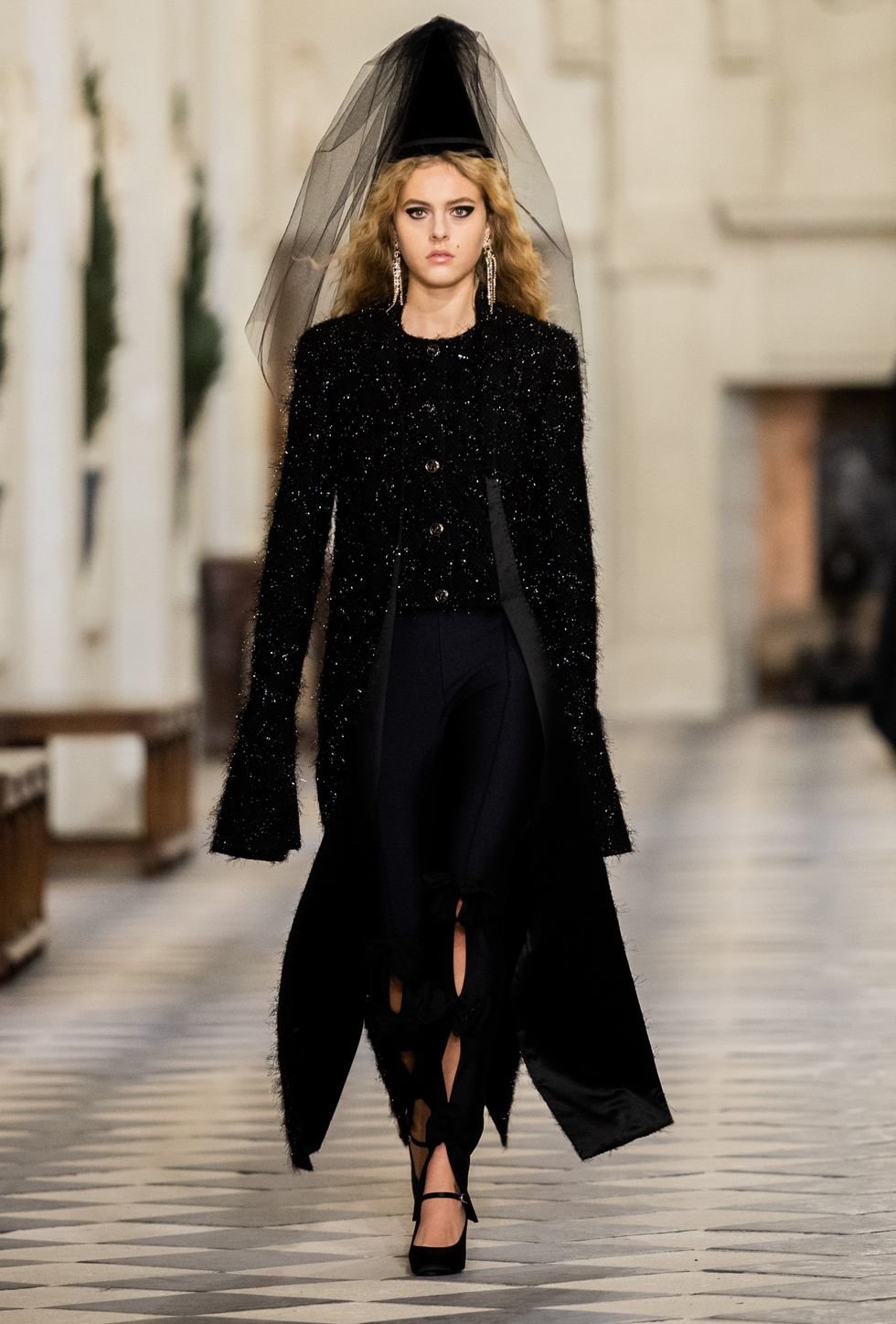 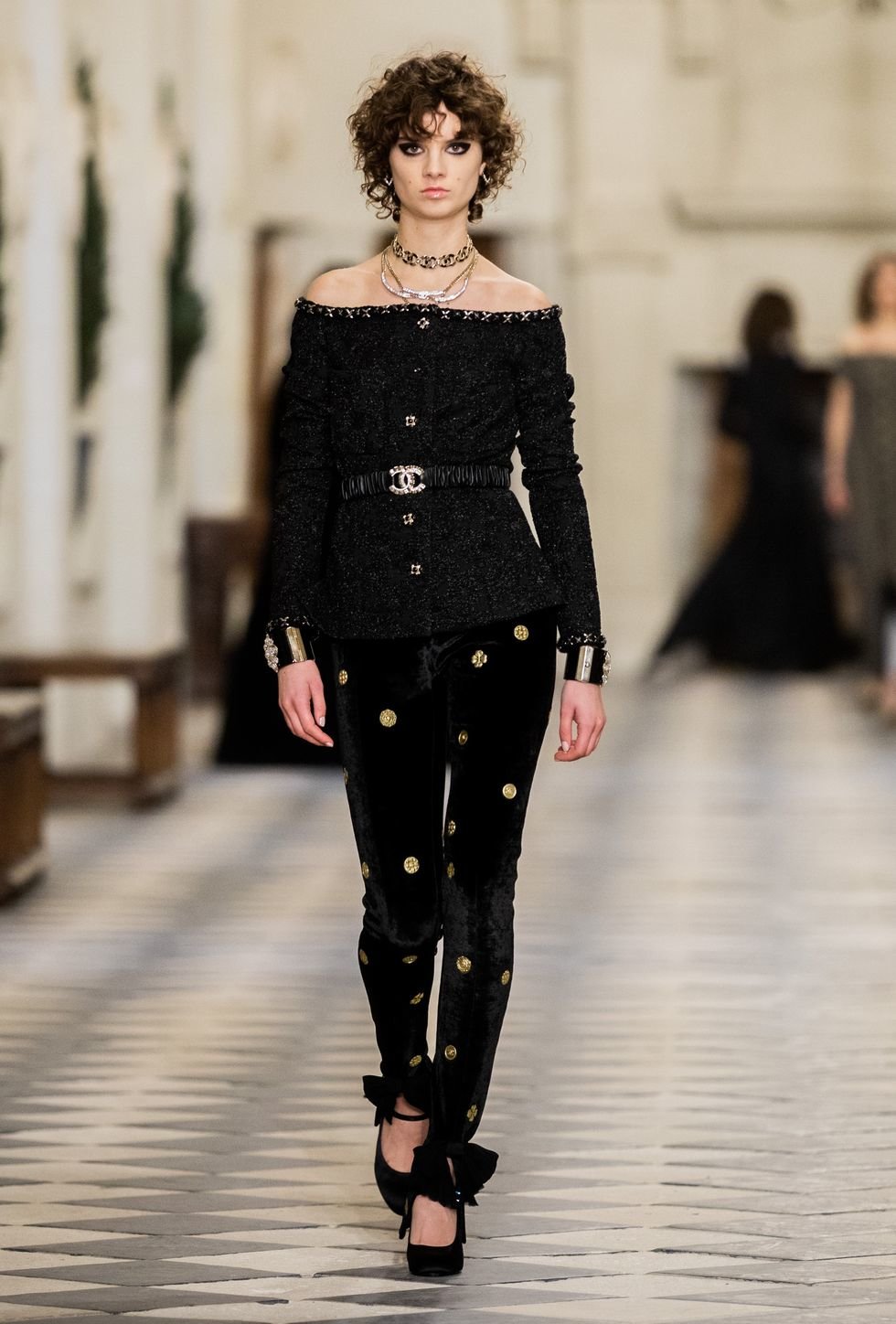 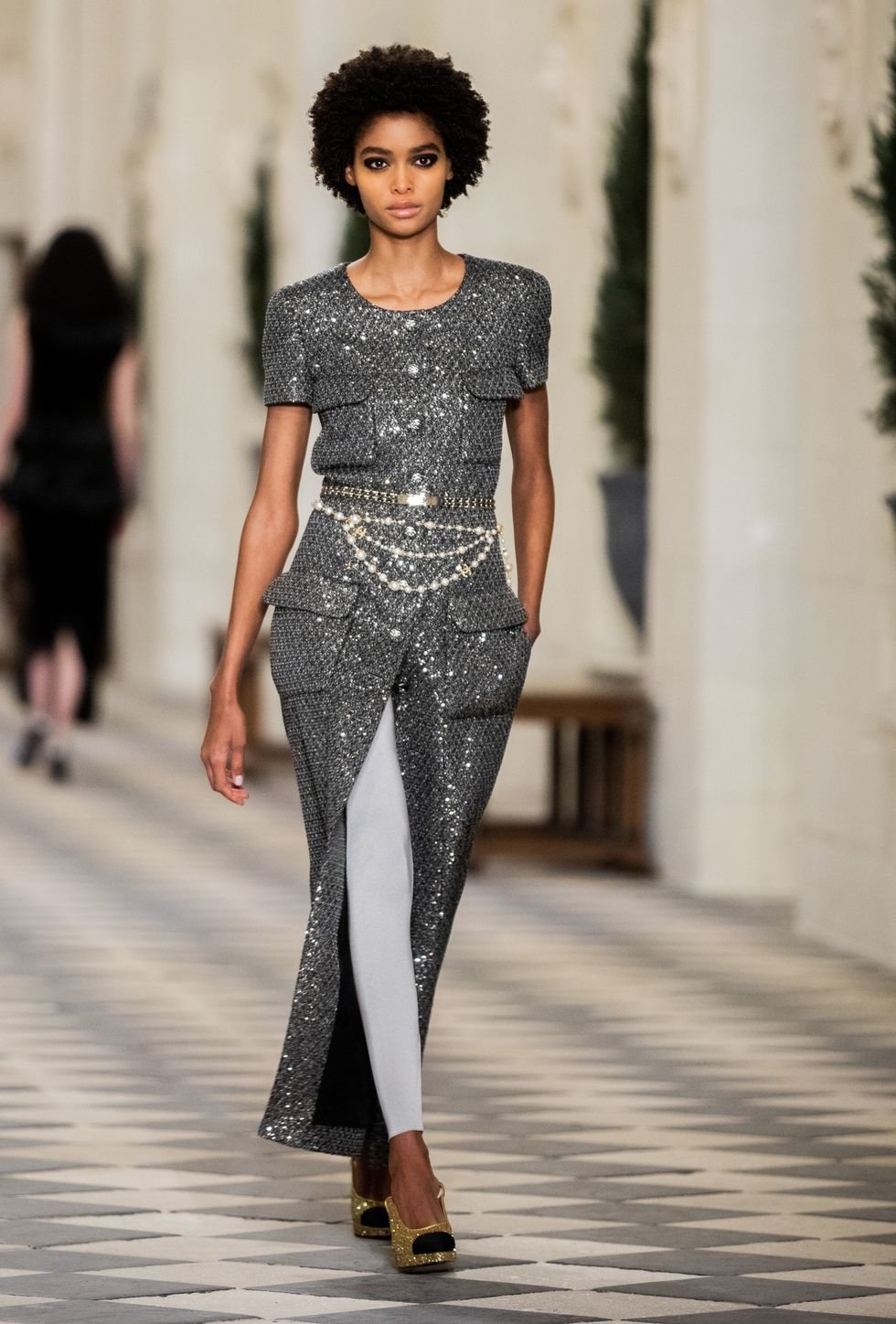 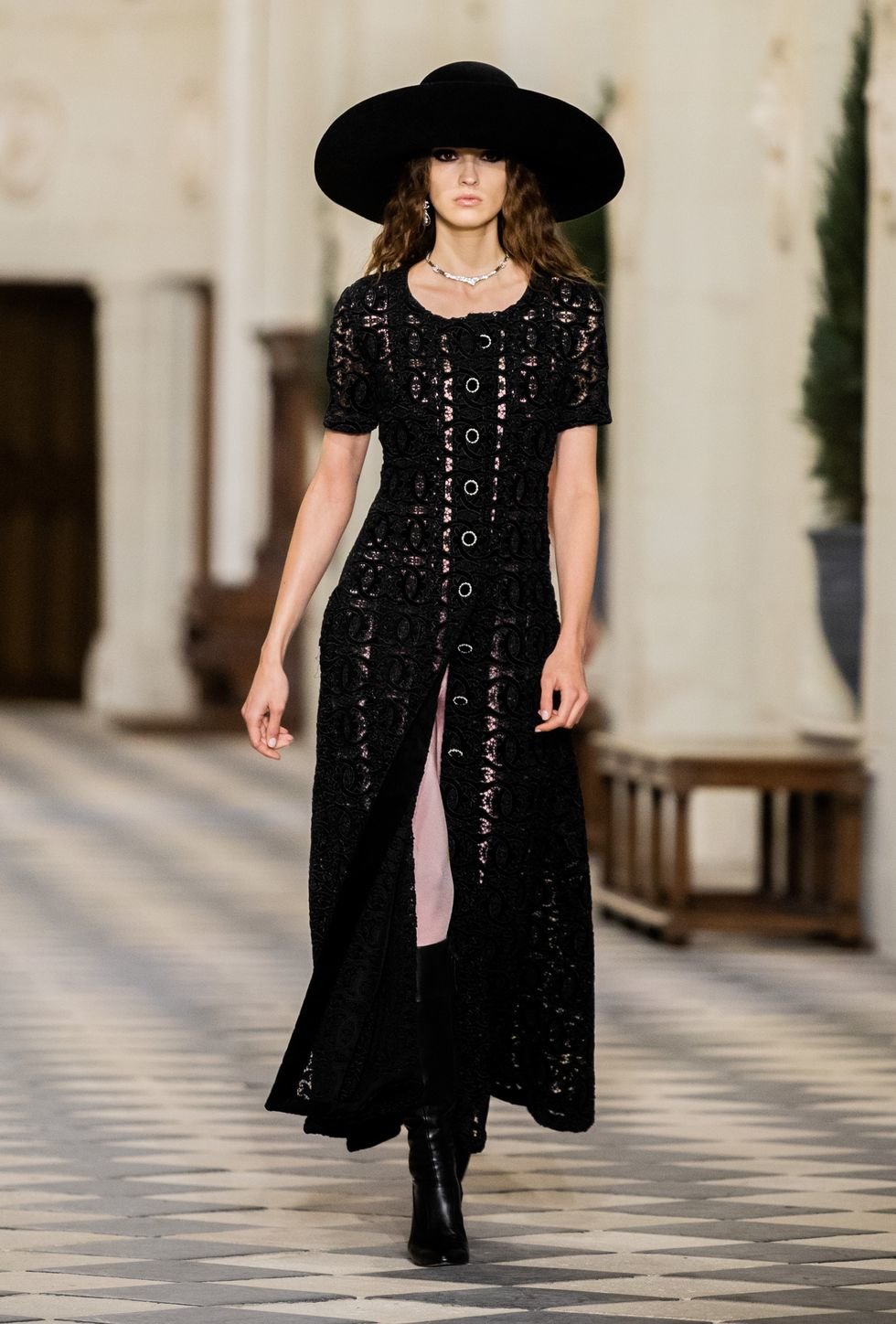 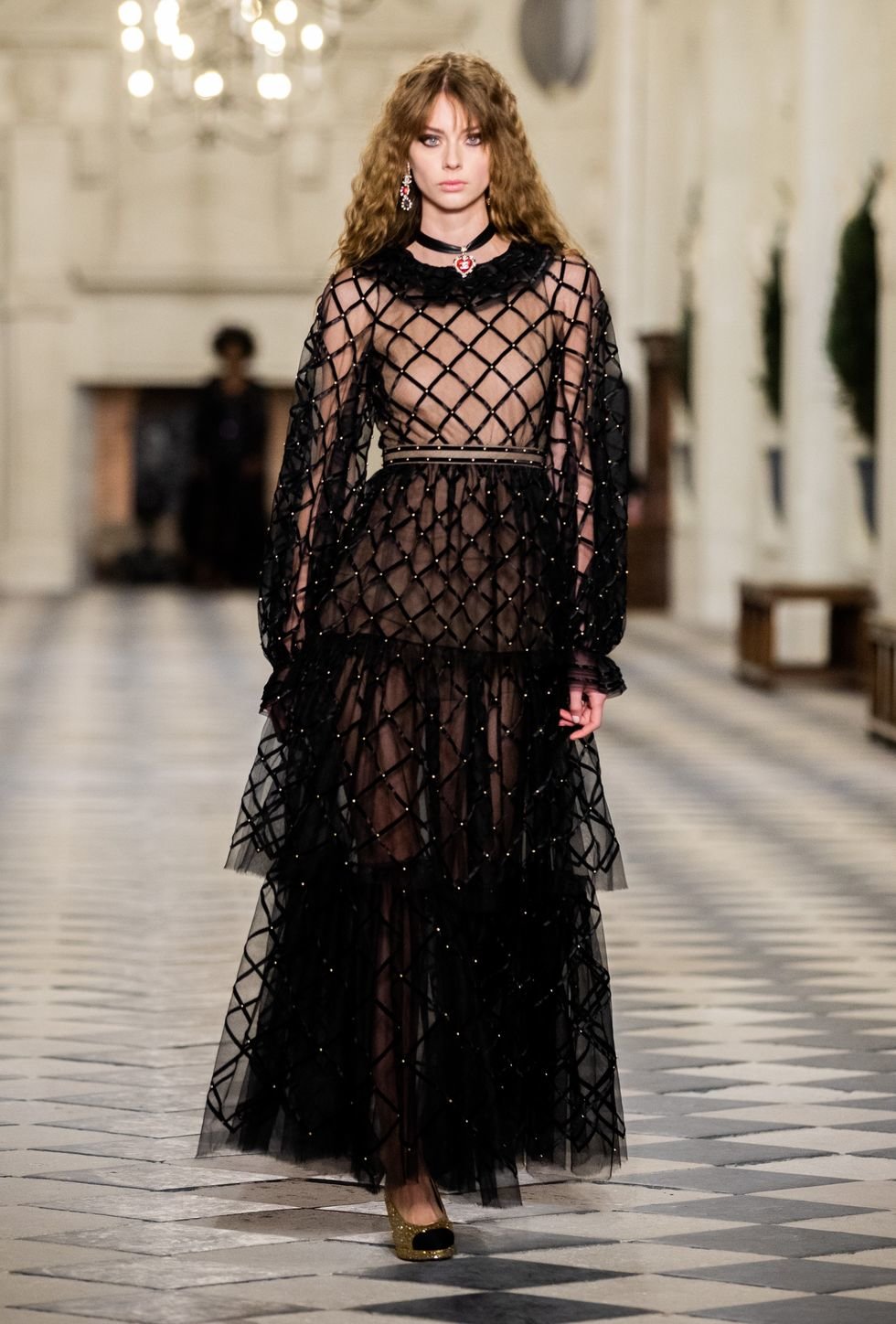