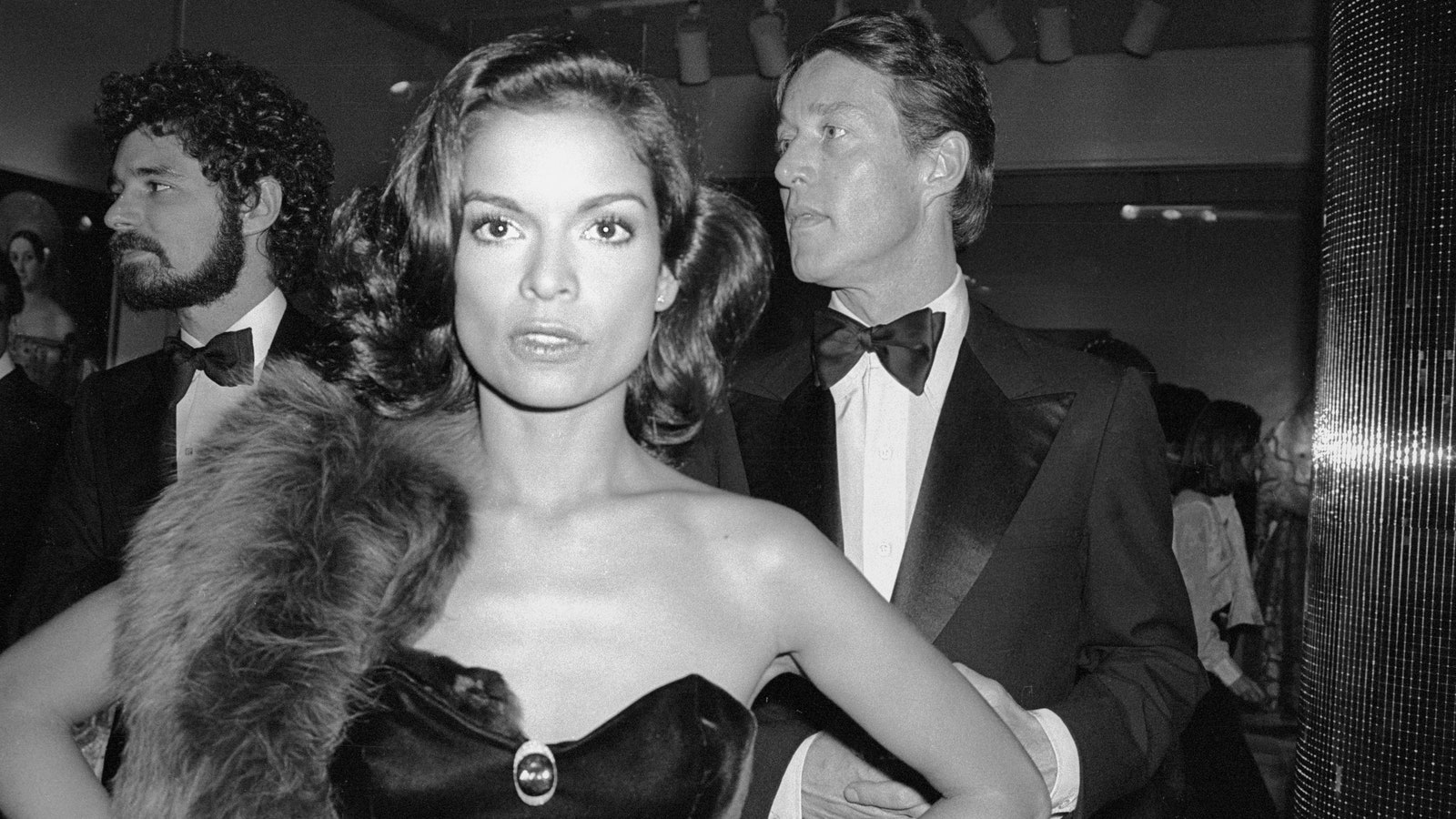 The Real Story Behind Netflix’s ‘Halston’

The designer who became the defining style influence of the Studio 54 era is the subject of a new, must-see Netflix show-but what was life really like inside New York’s most glamorous party scene?

Viewers who have lamented the lack of a fabulously chic, binge-worthy new series in the wake of 2020’s The Queen’s Gambit have a brand-new hit to look forward to this spring. Halston-a five-part biopic from Ryan Murphy-lands on May 14, spilling the larger-than-life story of Roy Halston Frowick (known mononymously as Halston, the man who changed American fashion forever) onto our small screens. Ewan McGregor plays the title role, flanked by “Halstonettes” Krysta Rodriguez (as Liza Minnelli) and Rebecca Dayan (Elsa Peretti). If you haven’t already watched the throbbing trailer, here it is in all of its bedazzling, F-bomb-dropping glory.

“Halston and Liza meet each other, and he just starts draping fabric on her body,” Rodriguez told Vogue, as she toasted the show’s virtual premiere from her New York home this week. “Ewan went through intense training to figure out how the draping process works, and it resulted in the best dress that I’ve ever seen on my body-and it just came out of a single bolt of fabric and a couple pins.” 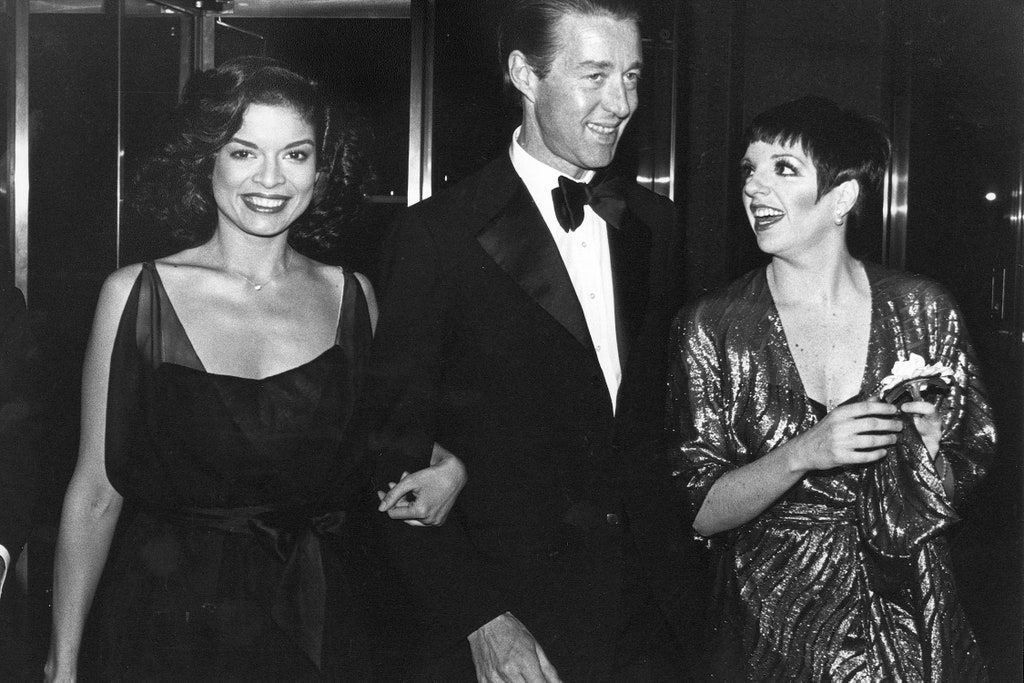 In real life, Minnelli’s godmother, original multi-hyphenate Kay Thompson, introduced the star to the designer, setting up an appointment at his studio. “We got along instantly, and he became my fashion mate,” Minnelli recalls of that magnetic first encounter. Soon enough, she was joining him at “101”-his 101 East 63rd Street home, which played clubhouse to the city’s creative elite-and Studio 54. Among them, Elizabeth Taylor, Andy Warhol, Bianca Jagger, Anjelica Huston, Cher and model Pat Cleveland. It was Halston who hosted the infamously decadent white-themed Studio 54 party in honor of Jagger, the one where Minnelli and Jagger were snapped releasing white doves.

The midwestern designer was already a household name by that point. Halston’s talents-originally as a milliner-and his impeccable taste made him a lightning rod for Bergdorf Goodman’s high-society clientele, one of whom would prove particularly influential. As the world watched John F. Kennedy take his 1961 presidential oath, his wife Jackie would likewise be anointed global cultural icon status-Halston’s pillbox design syncing with the duck-egg blue coat (by courtier Oleg Cassini). The strikingly clean look was the tipping point that ushered modernity into the mainstream. But, there’s also something serendipitously Halston about why the designer became a worldwide viral sensation in a pre-internet age. Viewers honed in on the hat’s seemingly intentional dent, an imprint the first lady had made by accident while securing the headpiece during the blustery inauguration ceremony. “Everybody who copied it put a dent in it,” Halston shrugged. 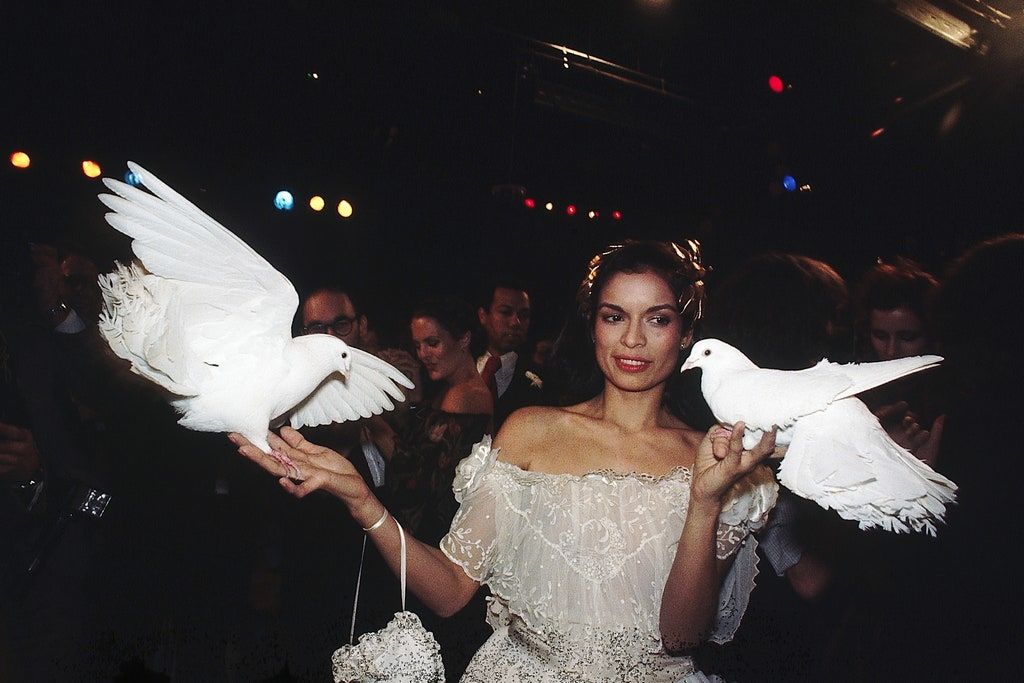 Bianca Jagger holds doves while at a party thrown by Halston at Studio 54.Photo: Bettmann

Eight years later, in 1969, he launched his eponymous fashion label that would become the hallmark of the cocaine-dusted Studio 54 era. His bestsellers from the get-go? Hot pants and machine-washable Ultrasuede shirtwaisters that evoked a signature, easygoing luxury. Yet, the relaxed designs belied his ravenous ambition to transform the industry. Halston made no secret of his desire to “dress all of America,” nor of the importance of diversity.

It was through business dealings, however, that the heroic essence of Halston fell into jeopardy. A 1973 transaction saw him lose control of his name, and in 1982 he inked the JCPenney partnership that would appall the fashion establishment, while ironically sketching the blueprint for countless high-end/high-street designer collaborations to come. Away from the boardroom, his perennially high social axis also took its toll, something which Murphy’s high-voltage rendition doesn’t pull any punches on. 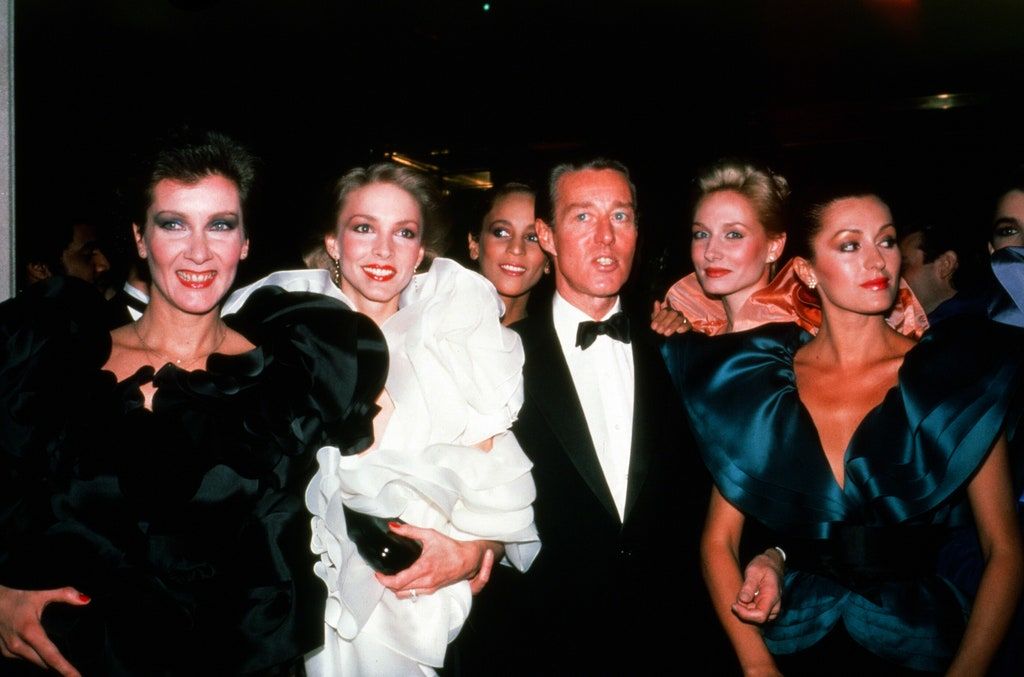 This is how costume designer-turned-director Joel Schumacher (St Elmo’s Fire, The Lost Boys), played in the show by Rory Culkin, remembered it. “Everyone was doing something creative. And we were all doing drugs. If you managed to survive the 1960s, you realized one day you were just a drug addict and not a peace-loving soul anymore.” Schumacher’s first film credit as costume designer was, by the way, the 1972 adaptation of Joan Didion’s Play It As It Lays, for which Halston generously provided exquisite clothing samples. “He was one of the most loving, kindest friends I’ve ever had,” Schumacher added.

Halston’s life was cut tragically short. He died of AIDS-related complications in 1990, in California, leaving behind a luminous legacy. In just over two decades, he had succeeded in changing the way women felt in clothes and demonstrated the immensely positive influence that a designer can have on our everyday lives. Rather than a cautionary tale of ambition and excess, here’s hoping that Halston pays dues to the mastery and the daring of one of fashion’s greatest visionaries. 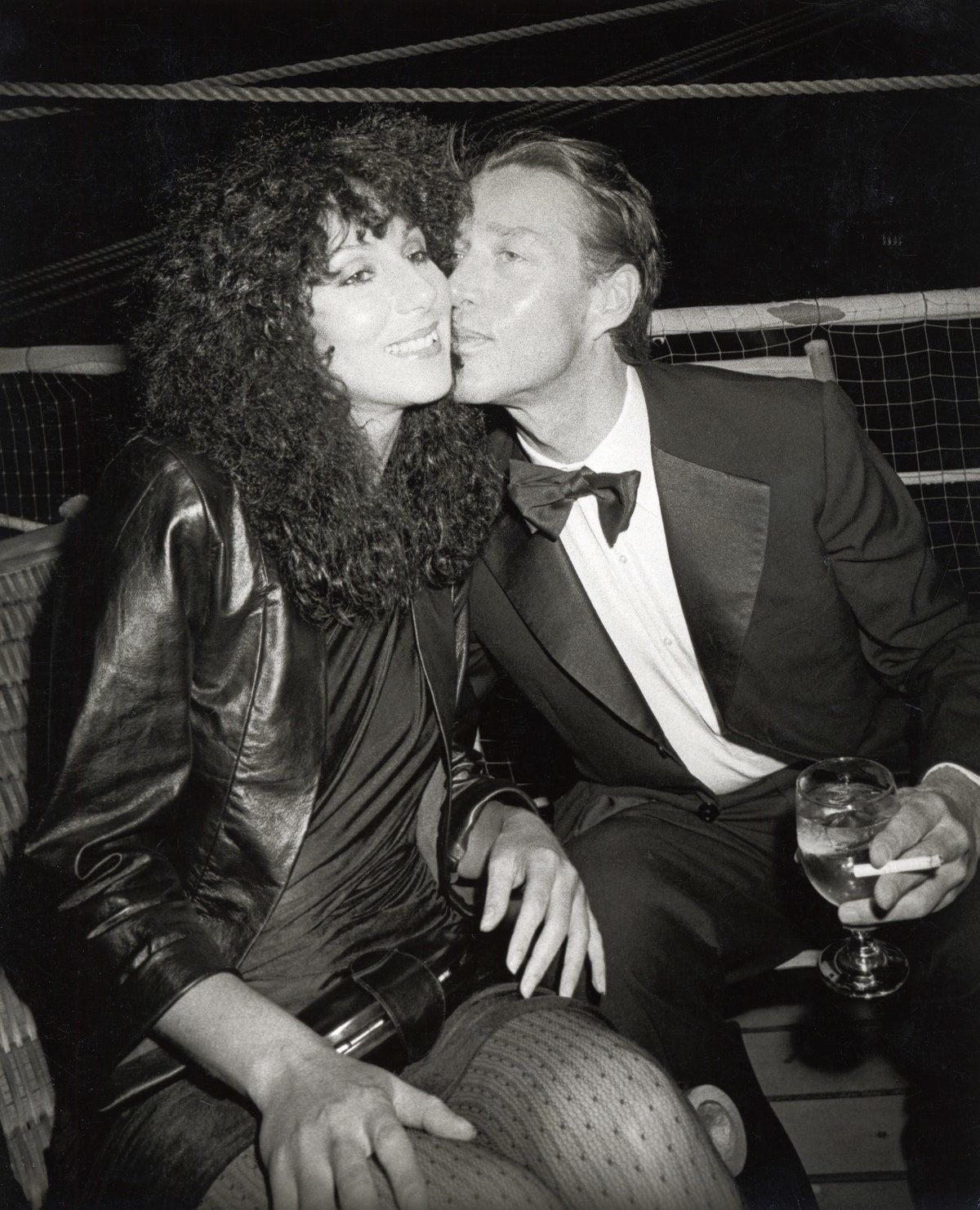 Cher and Halston at the Opium Perfume launch after party, New York, September 20, 1978. 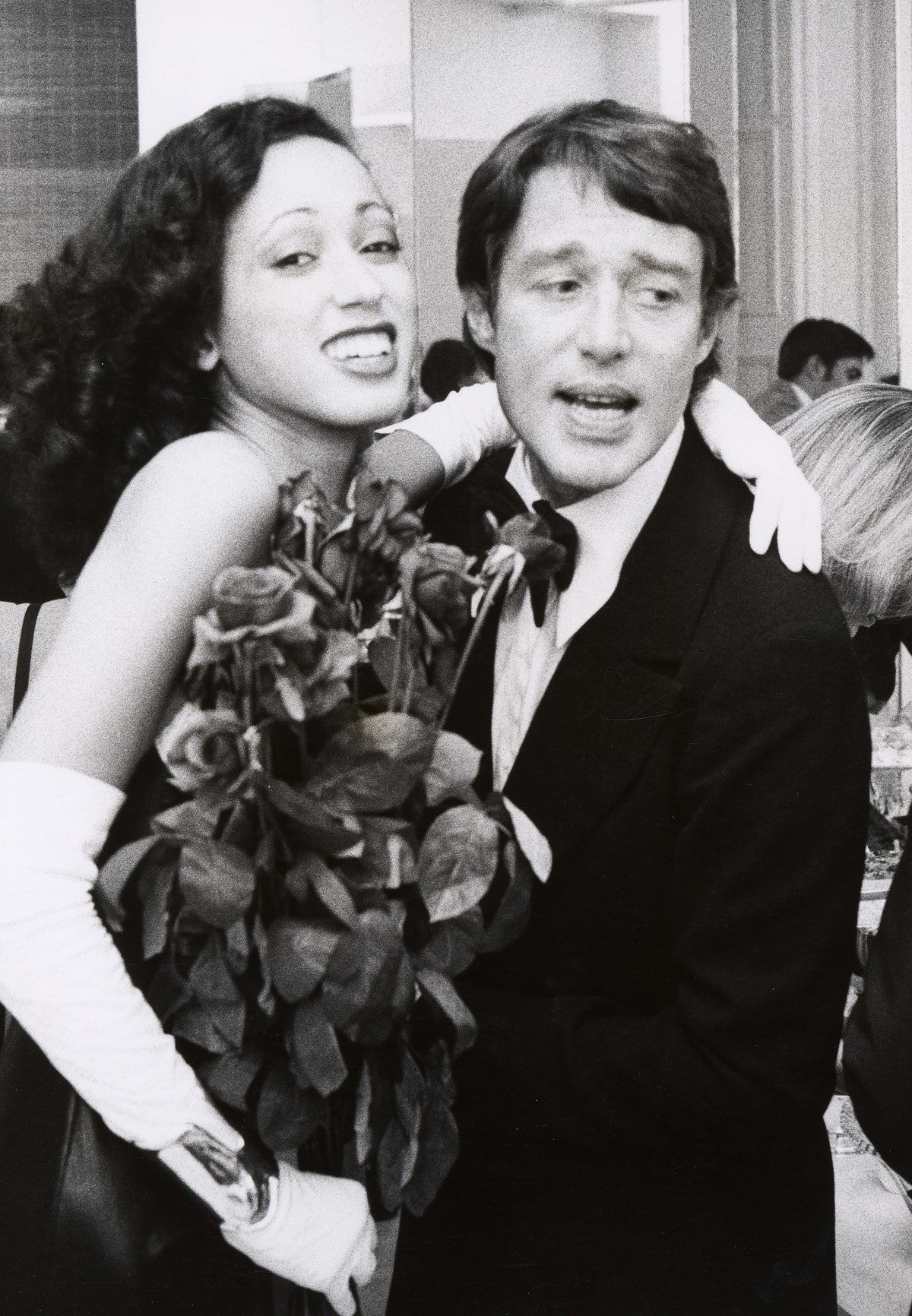 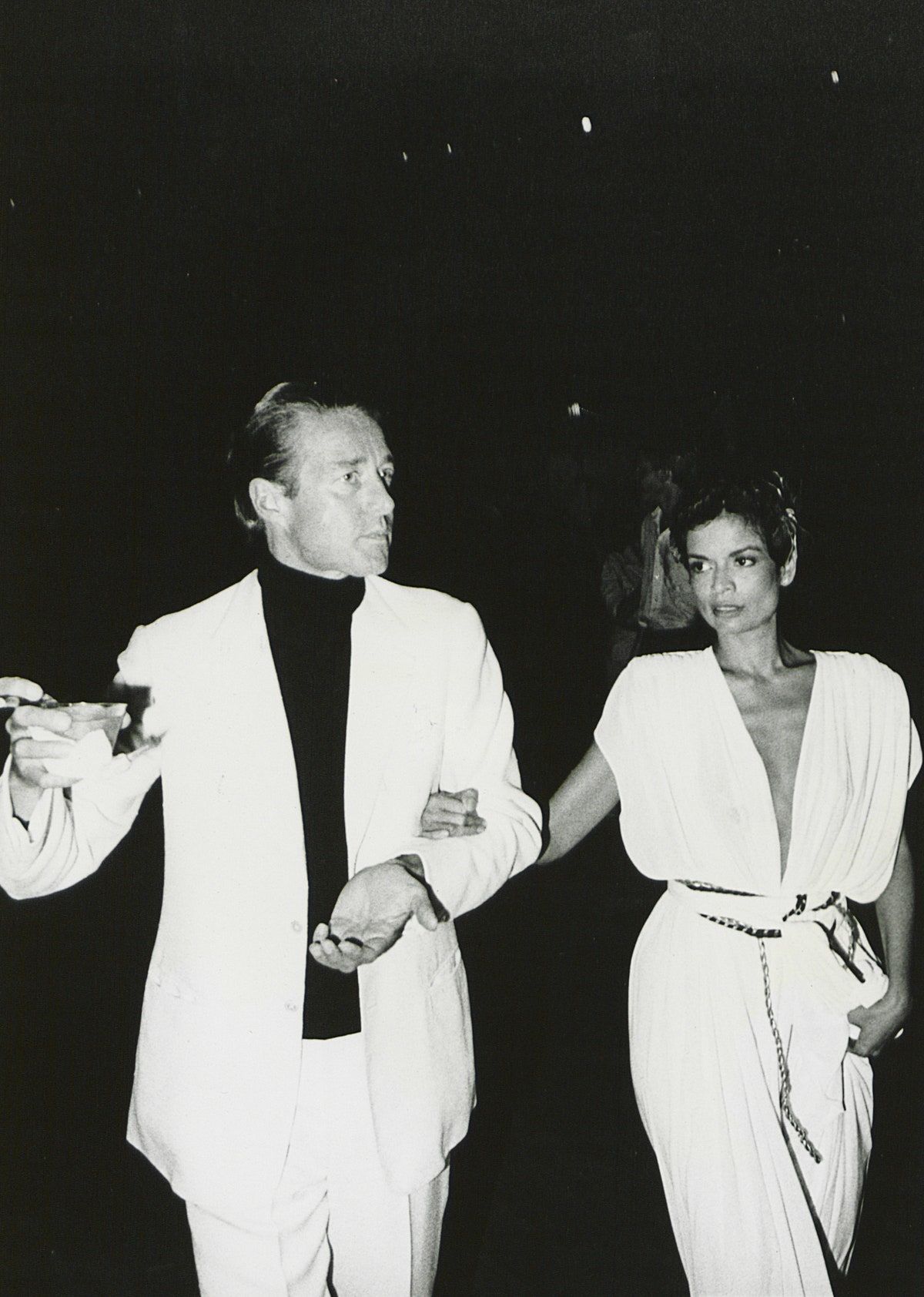 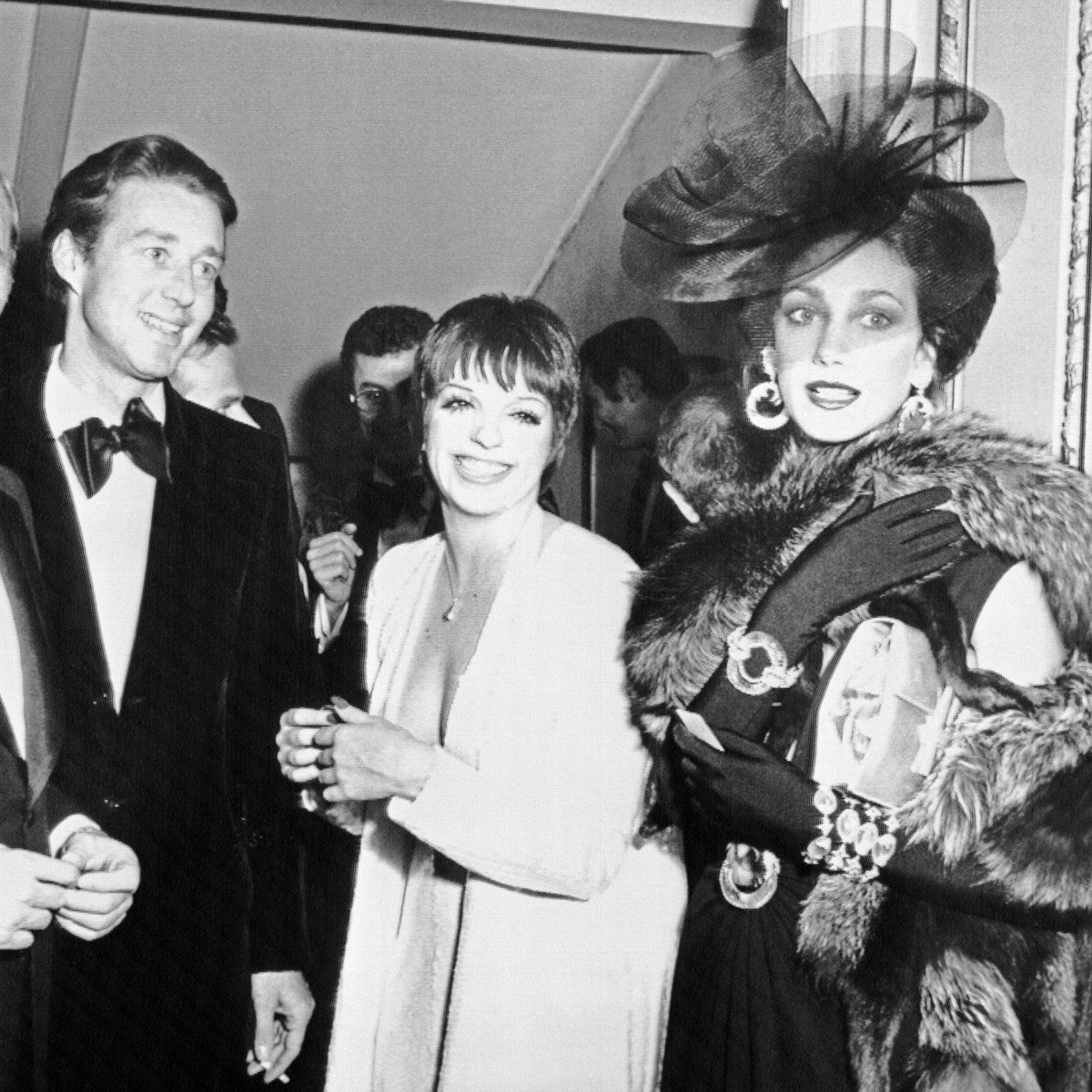 Halston, Liza Minnelli, and Marisa Berenson at a party in Paris, November 27, 1973. 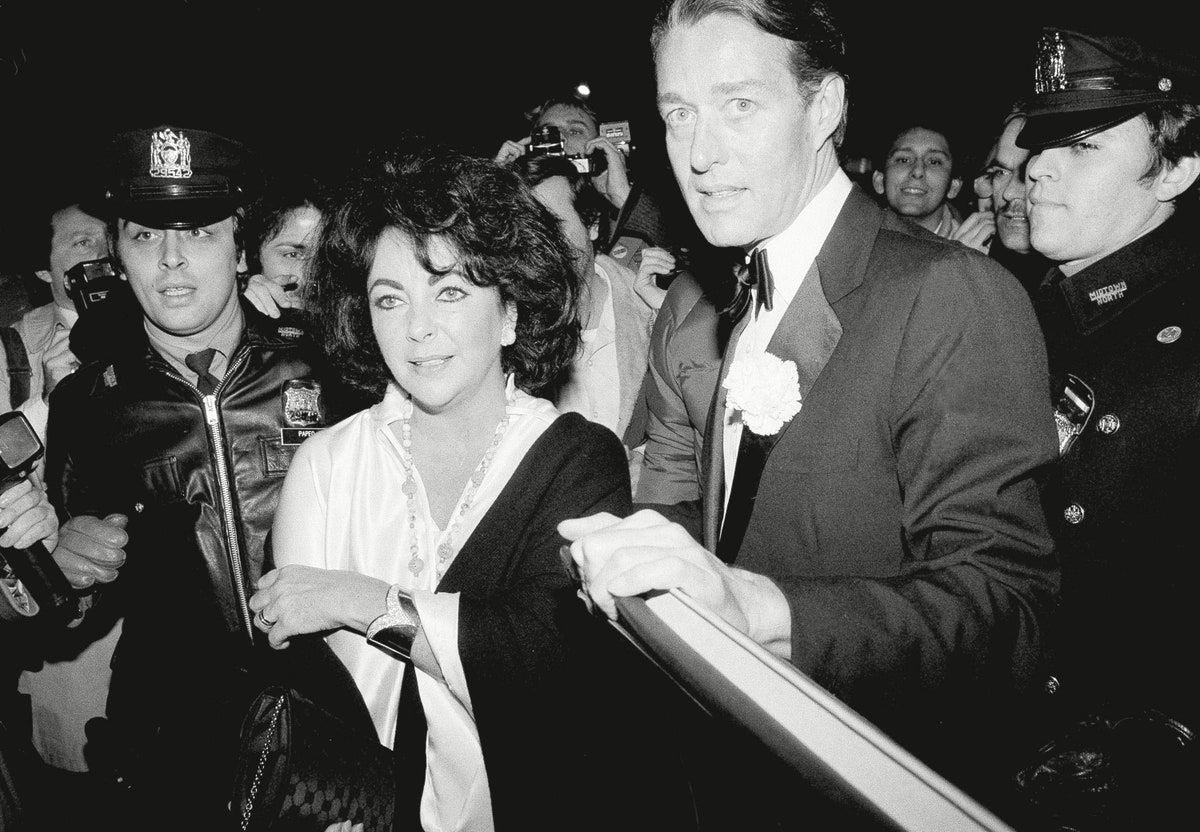 Angelica Huston walks the catwalk for Halston, New York, May 23, 1972.