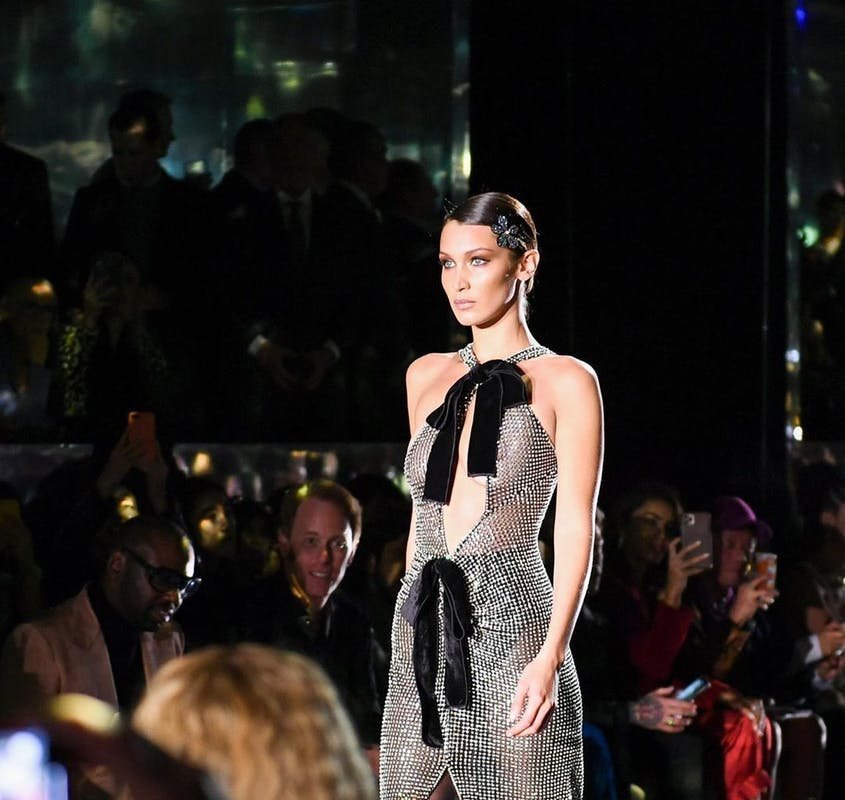 CFDA’s new chairman moved his operation to L.A., and definitely rattled some glasses.

There’s no busier time in Los Angeles than the weekend of the Oscars. And while Tom Ford’s Fall 2020 show wasn’t the big earthquake that Angelenos have been talking about, it certainly shook things up.

As movie stars like Jennifer Lopez, Renée Zellweger, Demi Moore, Jason Momoa, Rosie Huntington-Whiteley, and Jon Hamm huddled in the front row, singers 21 Savage, Miley Cyrus, and Lil Nas X took their seats next to each other front and center. Just before the lights went down, tech behemoth Jeff Bezos took his seat next to Anna Wintour for one of the night’s most interesting pairings.

While critics agree that fashion in L.A. will never be celebrated, as chairman of the CFDA, Tom Ford cannot be ignored.

Patchwork denim skirts paired with boots, shearling coats, tasseled earrings, and oversized bags opened the show in a sort of boho renaissance of the early aughts. Undoubtedly, the apex of the evening occurred when disco balls dropped and the major gowns worn by today's biggest supermodels took the stage: Gigi, Bella, and Kendall strutted down to the beat in a super-glam finale of illusion gowns while the Fugees’ “Killing Me Softly With His Song” played throughout Milk Studios.

For the finale, Ford showed a one-shoulder couture wedding dress with a large bow and a sweeping veil. One guest was overheard saying, “Are these the back pages?”, while others “oohed” and “aahed” at the brightly colored velvet women’s power suits and sequin skirts. The real question: what, if anything, will rattle its way onto the Oscars runway on Sunday?

See looks from Tom Ford Fall 2020 in the gallery below. 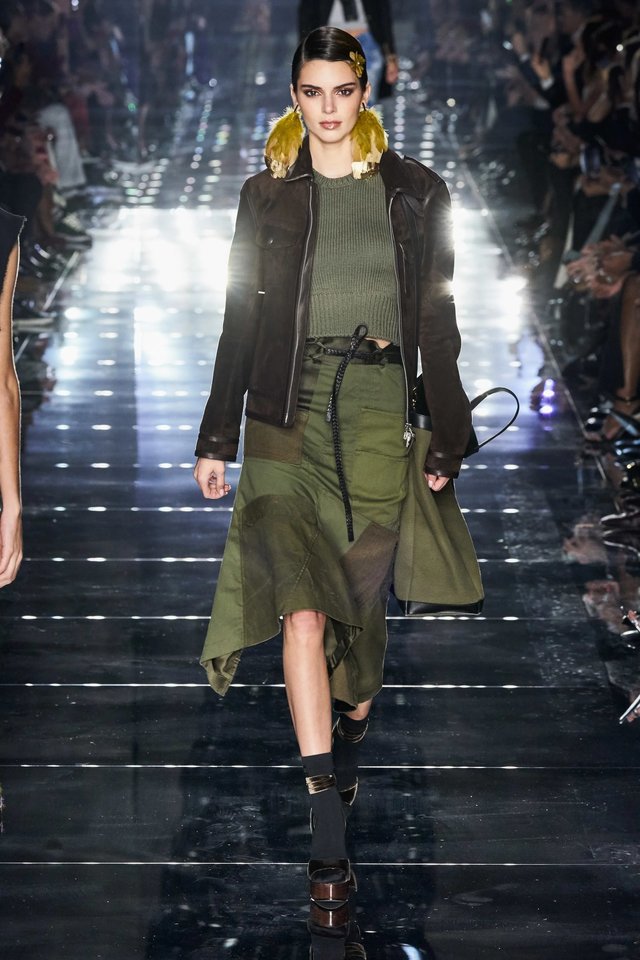 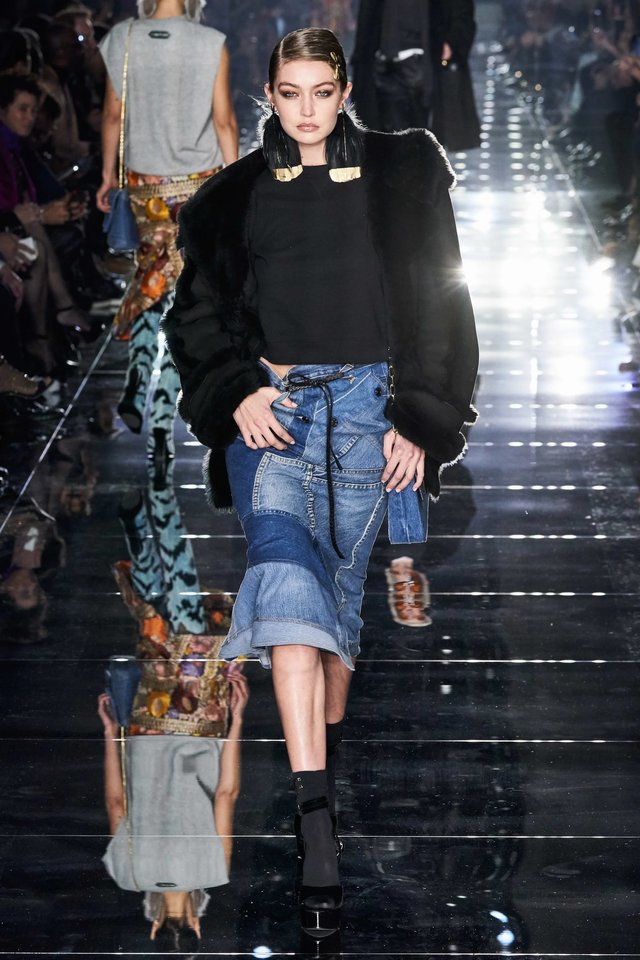 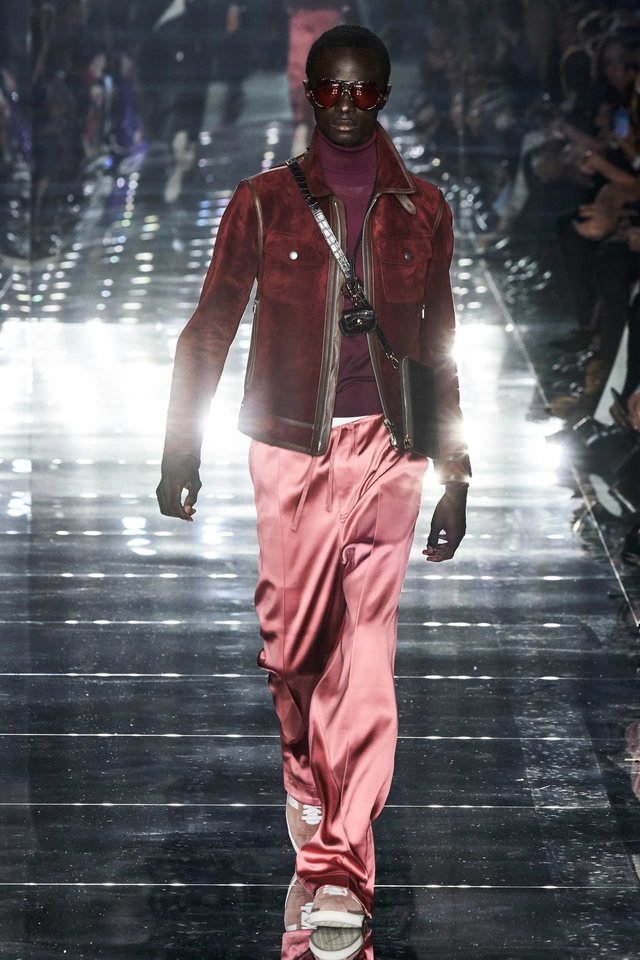 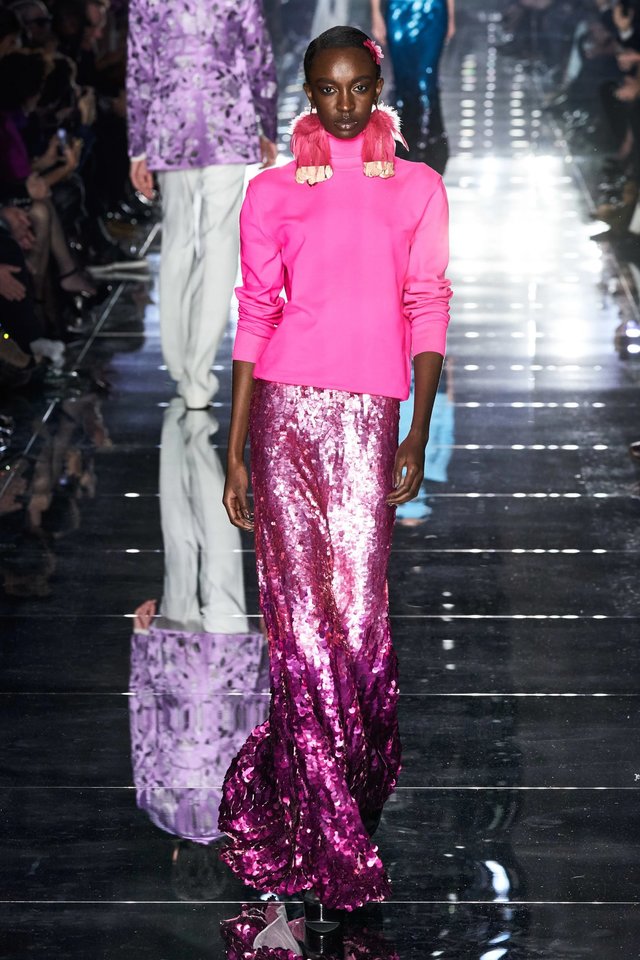 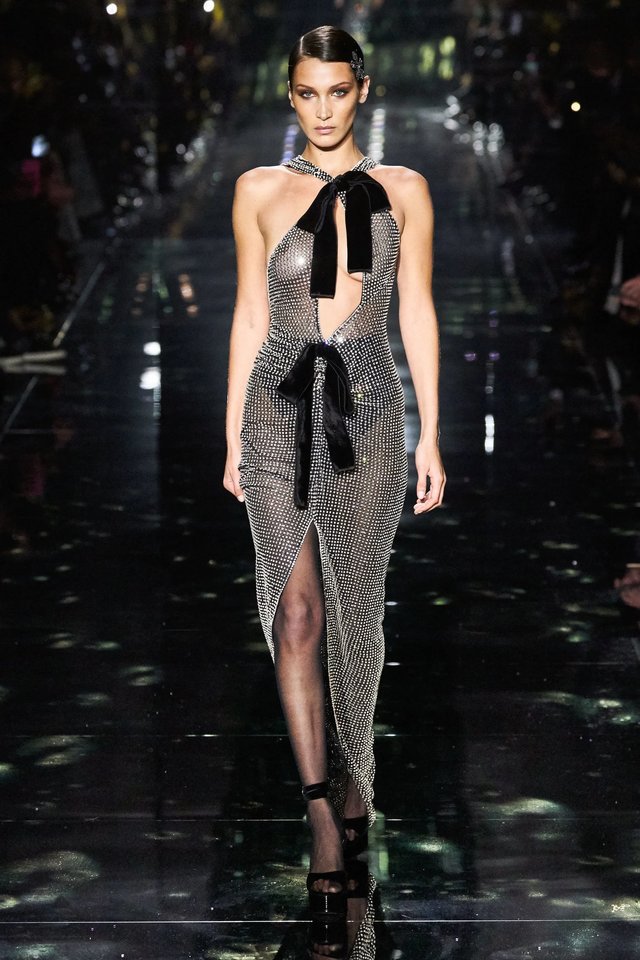 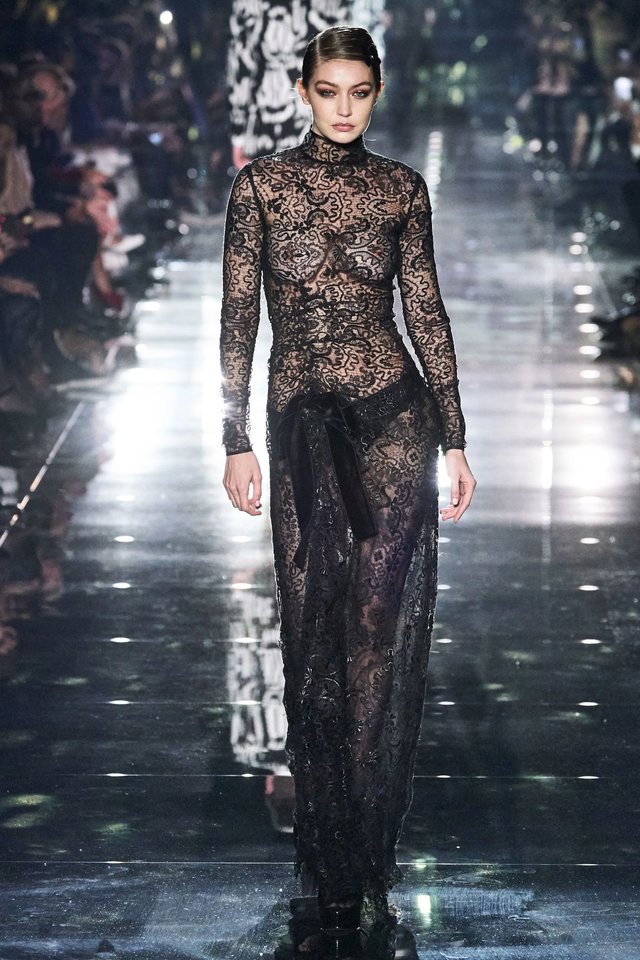 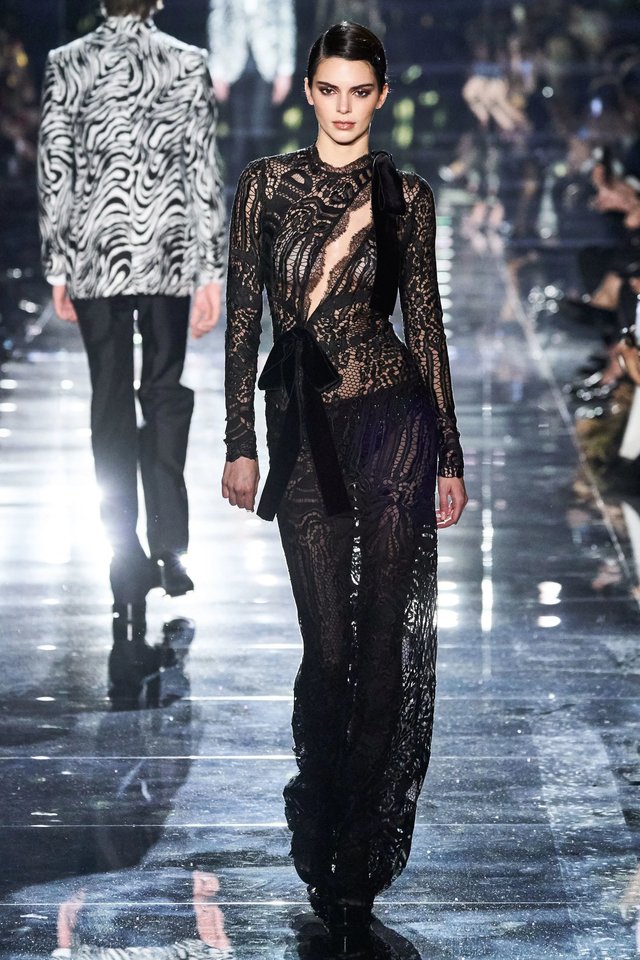