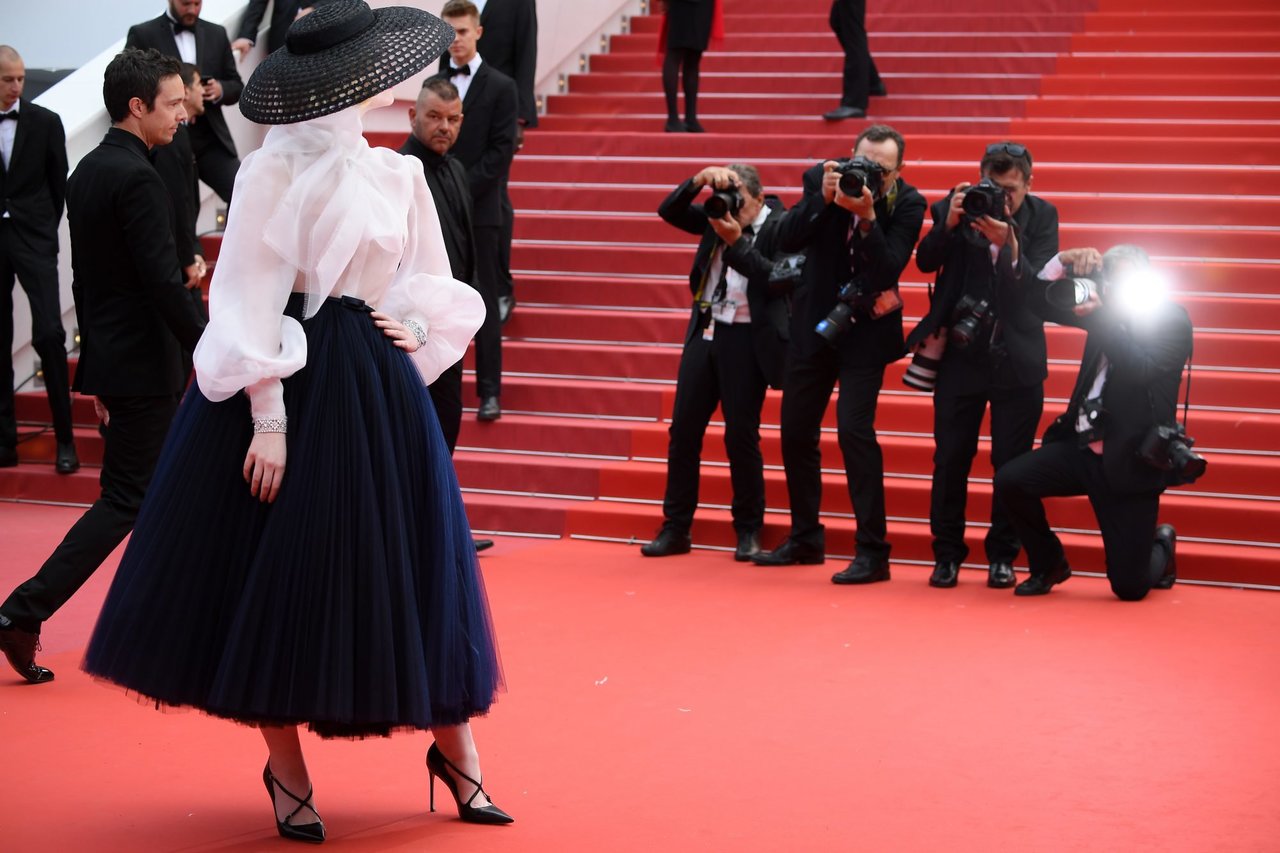 The brand has a rich history, full of impressive creatives and classic designs.

Christian Dior is synonymous with feminine beauty and classic, timeless fashion. The French brand, which dates back to the 1940s, has been providing women all over the world with some of the most beautiful garments, whether it’s a ready-to-wear dress fit for a cocktail party, or a haute couture, red carpet gown that will command the attention of everyone in the room.

Christian Dior’s eponymous brand is also one that has stood the test of time, evolving with each creative leader that has walked through its doors. The fashion house has hosted some of the most incredible talent in the industry and will surely continue to do so for years to come.

Ahead, learn all about the history of Christian Dior and how the brand grew into what it is today. 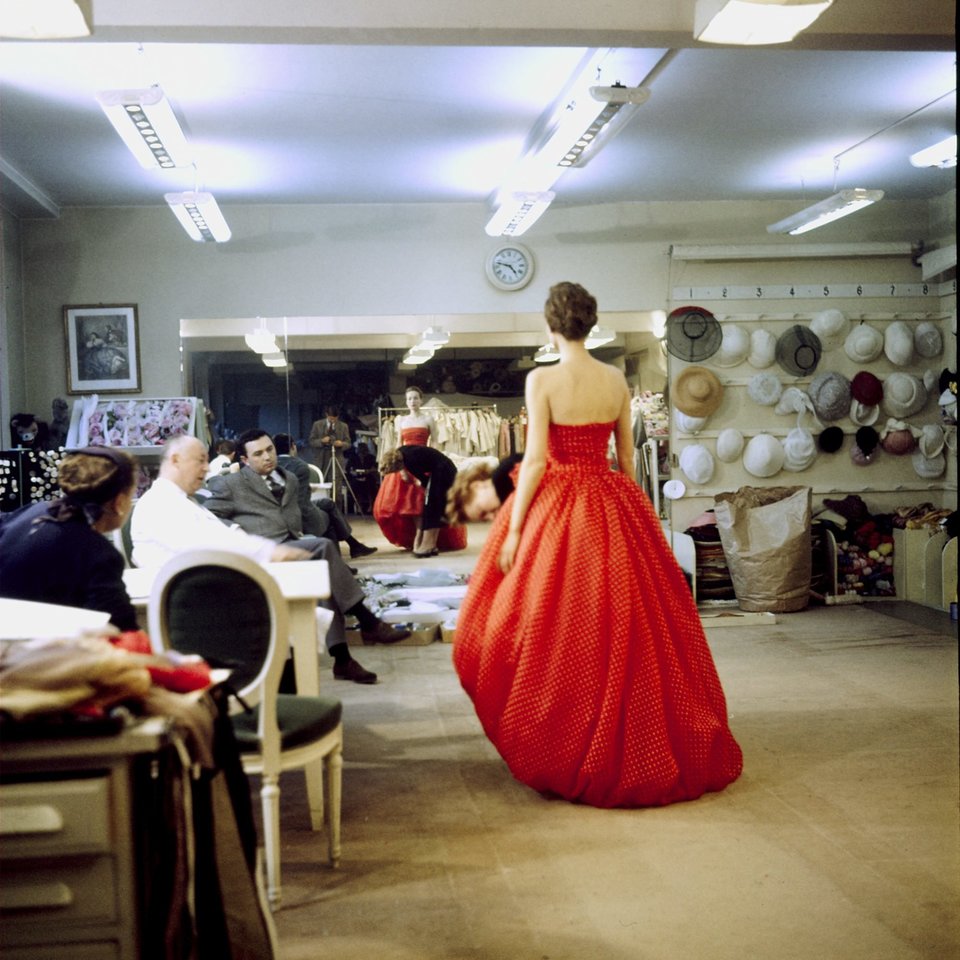 Where and When Christian Dior Began

Dior had a deep love of art and even ran an art gallery in France before going into fashion. After closing his gallery during the Great Depression, he worked under fashion designer Robert Piguet and then-couturier Lucien Long. Dior was ready for his own work to be showcased, though, which is what brought him to create his own fashion house in 1946, and Christian Dior was born. 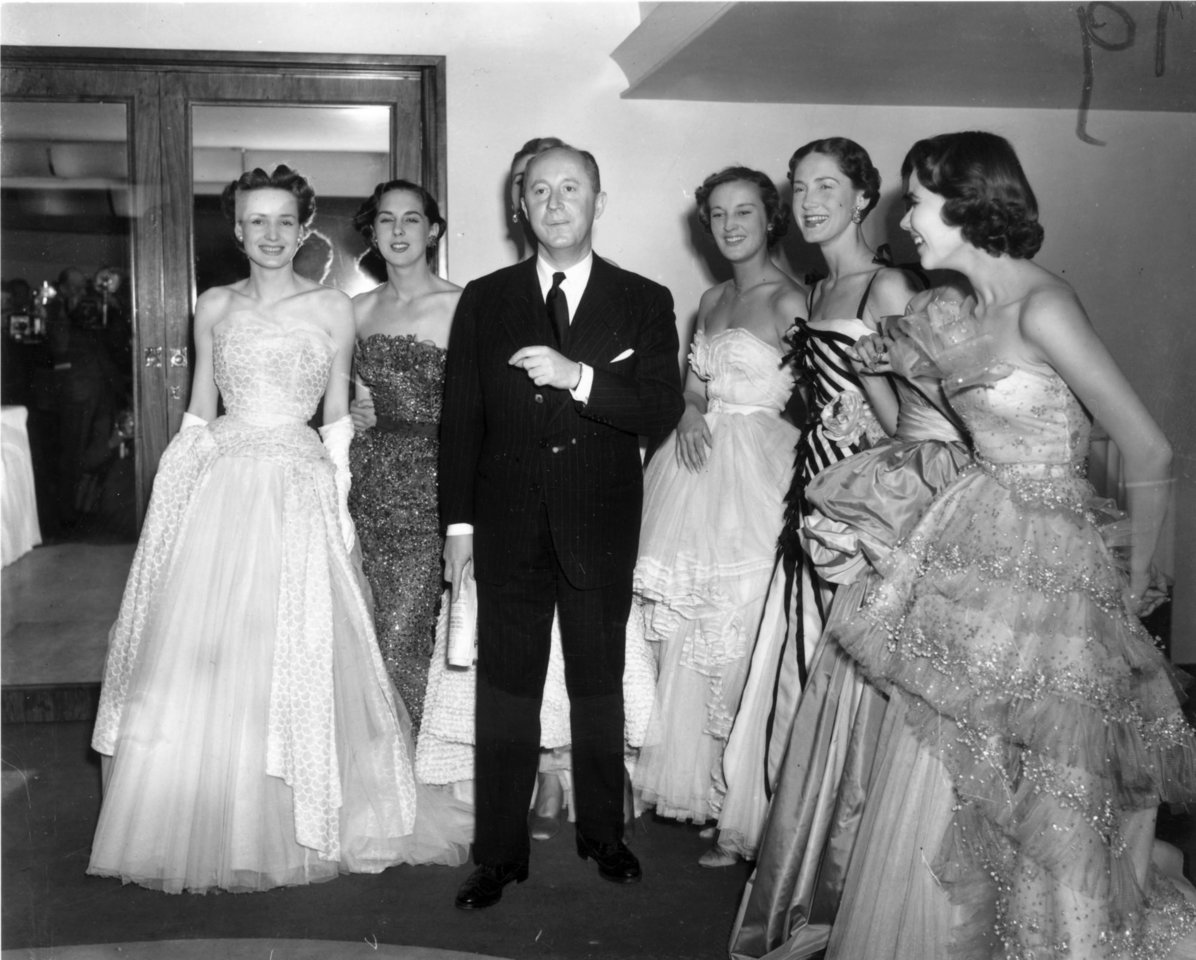 It was at Christian Dior’s very first show that he coined the "New Look." The thought behind the collection was to showcase the end of World War II, according to Culture Trip, and it came with structured silhouettes, cinched waists, and shorter, billowy skirts. The garments were opulent, each dress using an average of 20 yards of fabric. Christian Dior’s designs were, in a word, revolutionary for the time period and quickly put the fashion house on the map as one of the most sought after and adored.

Stars flocked to Christian Dior; everyone from Rita Hayworth to Margot Fonteyn wanted outfit themselves in this New Look that was ahead of its time. With such high-profile women donning his clothes, it’s no wonder that the brand grew so quickly and cemented itself as one of the most iconic in sartorial history. 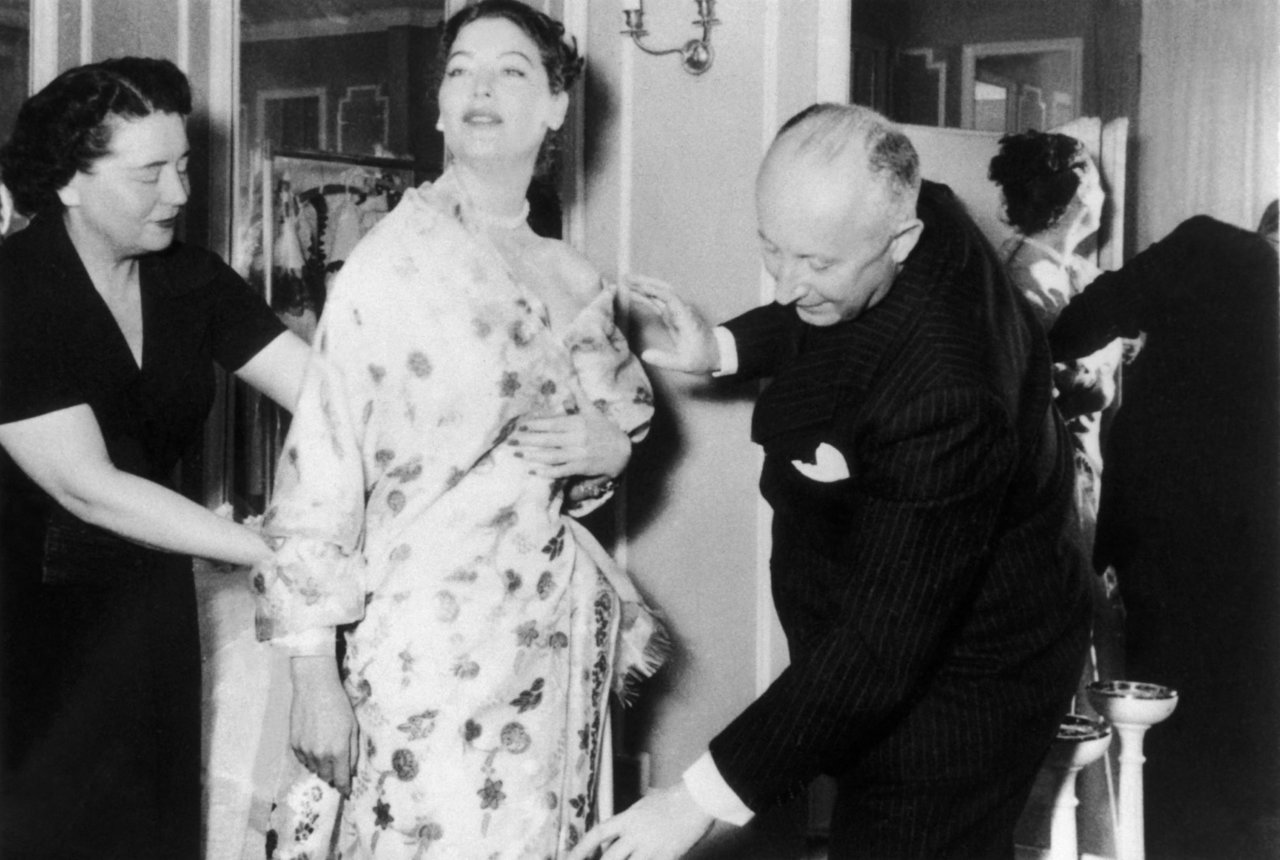 Christian Dior went global rather quickly. A store on Fifth Avenue and 57th Street in New York City was opened in 1948, bringing Christian Dior stateside for the first time. With the global launch came an expanded collection as well. Dior started with fragrance, introducing Miss Dior, which he dedicated to his sister. It was also around this time that Dior realized that to continue his New Look, his brand needed to provide the entire fashion experience. That meant licensing the Dior name for accessories. Now, the Christian Dior woman could have the coats, shoes, hats, and every other piece necessary to fully capture the New Look from head to toe.

The Christian Dior brand continued to grow and Dior himself continued to dress the biggest stars of the time. He even outfitted Marlene Dietrich for her 1950 role in Alfred Hitchcock’s Stage Fright. His designs remained a fixture in her closet, as well as plenty of other starlets in the late ‘40s and early ‘50s.

The Introduction of Yves Saint Laurent

A fresh-faced and eager Yves Saint Laurent started working with Christian Dior in 1955 when he was just 19 years old. He began at the fashion house as Dior’s assistant, but it didn’t take long for the creative genius behind the label to spot the potential in the young Frenchman. In fact, according to Vogue, Dior met with Saint Laurent’s mother in 1957 to tell her that he'd chosen her son to succeed him at the brand when the time comes. Though he was a mere 21 years old at the time, his eye for fashion and talent for creation were magical enough for Dior to know. 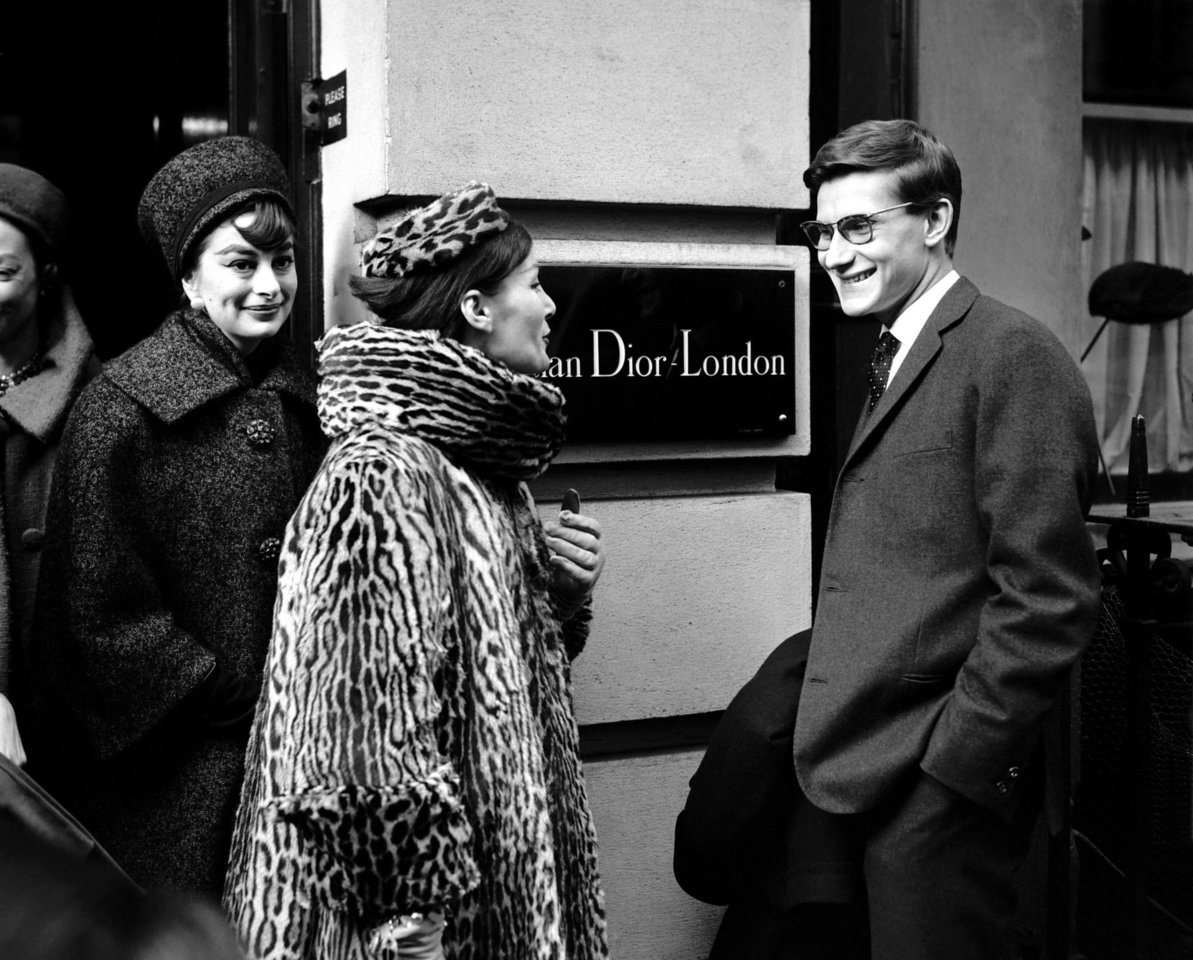 Dior died in 1957 of a massive heart attack. He was just 52 years old, and the entire fashion world felt the loss deeply, knowing that an icon in the industry was gone too young. To keep the brand from veering off course after Dior’s death, Saint Laurent was given the role of artistic director.

The 21-year-old carried on Dior’s legacy, largely keeping the original creative vision intact. However, he sought to bring the brand into a softer silhouette, loosening the cinched waists and letting out some of the structure. The collections were hit or miss as the industry tried to reconcile someone else leading the Christian Dior brand, and when Saint Laurent was called to serve in the French army in 1960, he was released from the brand easily.

After Yves Saint Laurent’s departure from the brand, Marc Bohan took over, bringing the label’s designs back to follow more closely what Christian Dior himself did before he died. He took Christian Dior’s classic concept and brought it into the 1960s by streamlining it slightly, which gave it a more modern twist while still sticking to the Christian Dior look. With Bohan at the helm, Christian Dior, once again, became the feminine brand beloved by women everywhere that still felt grounded in its founder’s roots.

Bohan stayed with Christian Dior for more than a decade, continuing to build the brand and make it even more internationally successful. He launched ready-to-wear and baby clothes, making Christian Dior more accessible than ever. Stores started popping up in more cities, like London and Hong Kong, and Christian Dior was catapulted to the top of the fashion world. 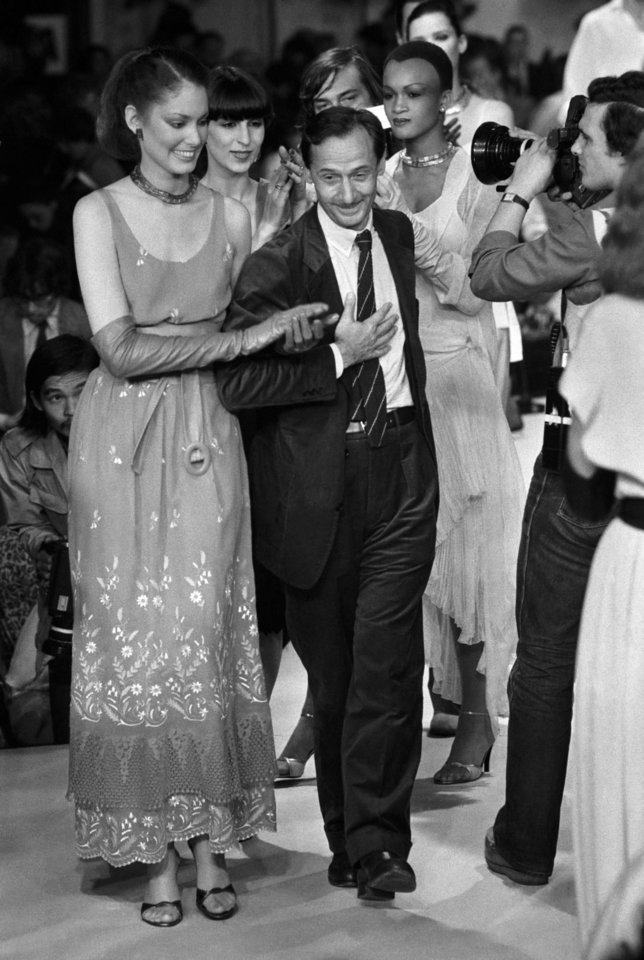 In 1978, though, the Boussac Group, which oversaw the brand, filed for bankruptcy and that included its assets. Christian Dior was purchased by Bernard Arnault, the billionaire behind LVMH Moët Hennessy. When Arnault took charge of Christian Dior, he assumed the roles of chairman, CEO, and managing director. Despite being folded into LVMH, Christian Dior continued to be its own impressive standalone brand.

With the new direction, though, Gianfranco Ferre was hired as stylistic director in 1989 and not only did he branch out into haute couture, but he completely concepted Christian Dior Couture, bringing yet another wave into the Christian Dior brand. Ferre elevated the brand to yet another level, bringing his own sense of style, which included a more refined look than the brand had seen before.

Dior Homme, otherwise known as Dior's menswear division, also came about in 2001, with Hedi Slimane serving as its creative director. 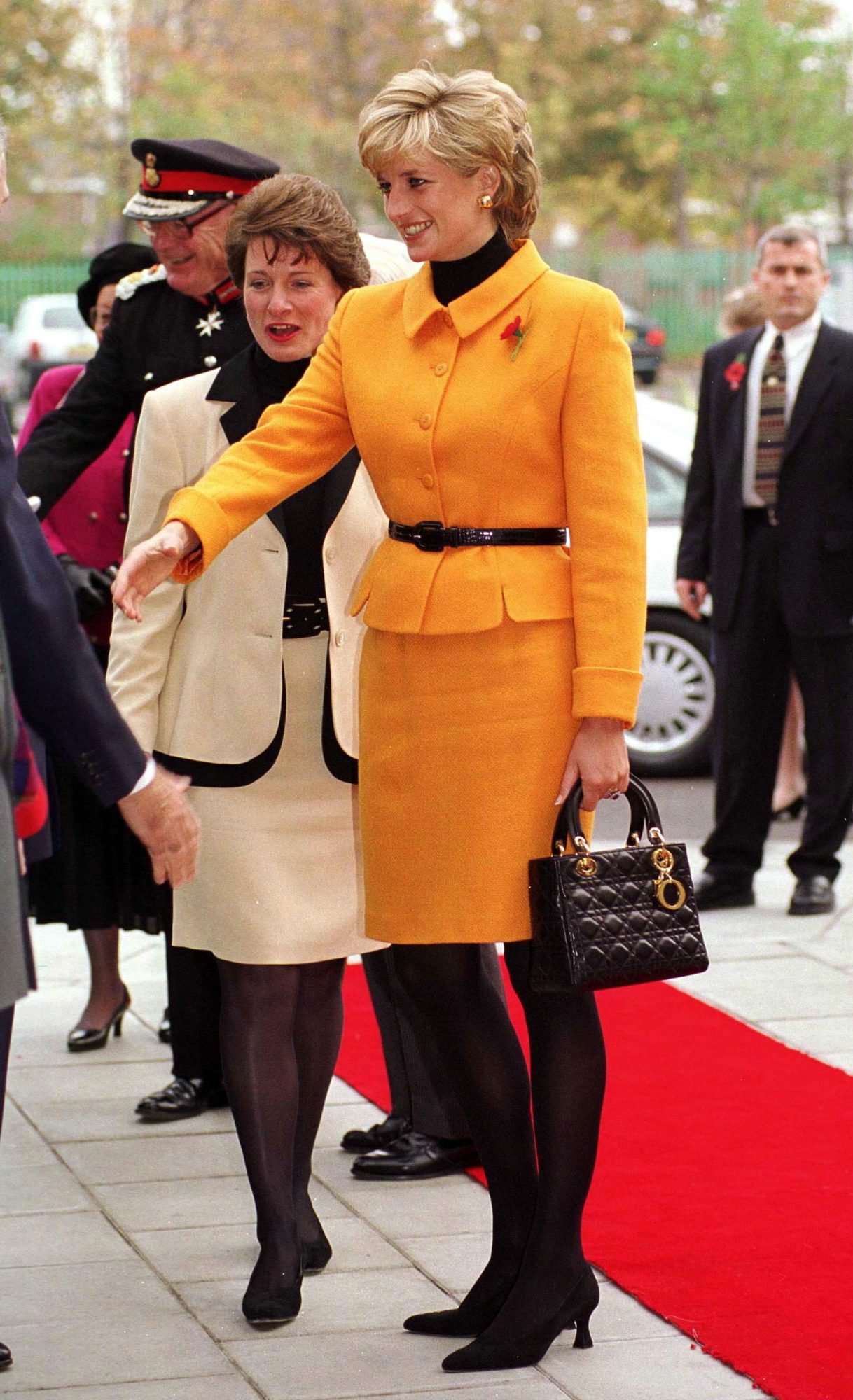 After Ferre’s tenure, John Galliano took over as creative director. He carried Christian Dior into the new millennium, outfitting every star you can imagine - including Princess Diana of Wales. Not only did the princess wear Galliano’s couture, but she was known to carry his handbags as well. And, she wasn’t the only one. Galliano’s saddle bags, which have become a staple for the Christian Dior brand, were popular with just about everyone. Princess Diana’s go-to, though, was a bag that Galliano later dubbed Lady Dior, with Diana’s blessing. She carried her black handbag with her everywhere, helping to expand Christian Dior’s leather goods.

Galliano’s vision for Christian Dior was a far cry from the creatives who came before him. Though it was embraced by some, it wasn’t loved by all, and when he exited the brand in 2011, Raf Simons took over and seemingly sought to bring Christian Dior a little closer to its roots. Again. His creations were more understated and feminine, reminiscent of the classic Christian Dior.

Christian Dior stamped the history books in 2016 when the fashion house hired its first female artistic director: Maria Grazia Chiuri, formerly of Valentino. And, while it certainly turned heads when she was hired - being the first woman at the helm of the women’s brand - she didn’t love that it was a discussion. She told Vogue in 2018, “I think, in a way, when people point it out, they’re not recognizing that I have a talent. I’m not here because I’m a woman, but because I’m good at what I do.” 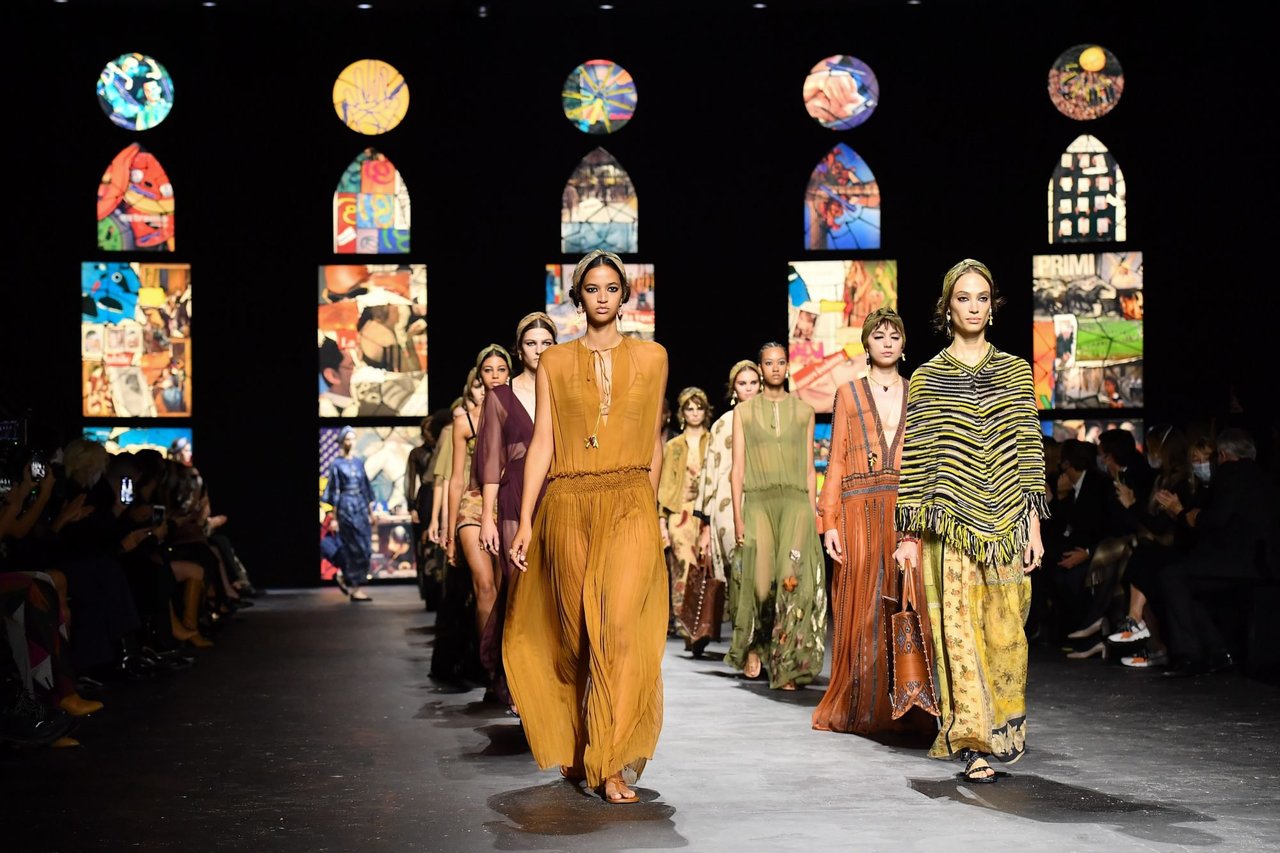 Chiuri added a woman’s touch to the style at Christian Dior, famously creating her feminist-centric line, yet her direction still felt in line with what Dior created all those years ago. Although all the men who came before her were supremely talented at fashion and creating beautiful garments for women, it wasn’t until Chiuri took over that the brand felt like it fully embraced femininity and felt cohesive with the modern woman.

Due to Covid-19, many fashion houses were forced to reimagine runway shows in 2020, switching to socially distant, filmed and live-streamed presentations instead. Dior was part of the list. On top of creating a doll-sized couture collection, Dior Homme - of which Kim Jones has served as creative director since 2019 — showed its pre-Fall 2021 collection via virtual runway. Only time will tell if the brand with continue to show its clothes this way.