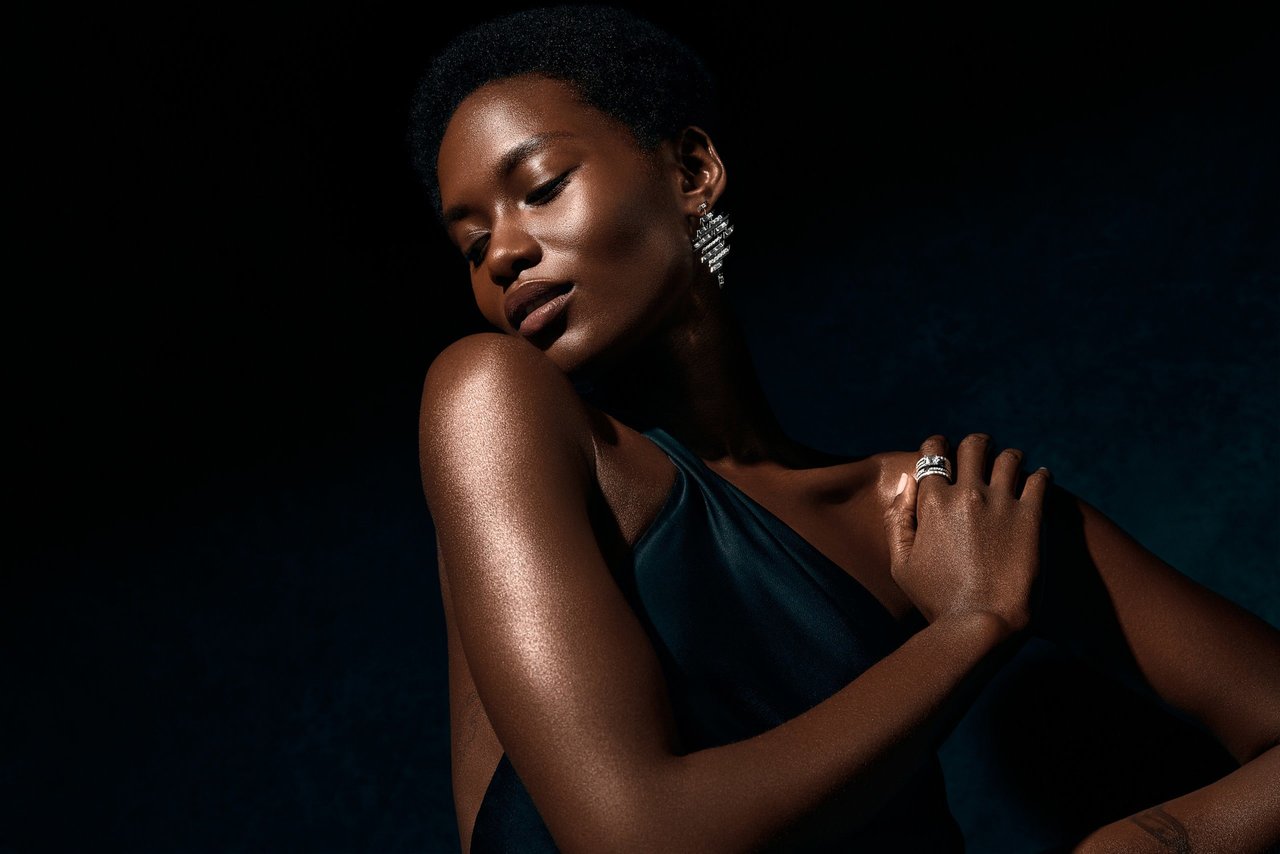 These Diamonds Are Made With Carbon Pulled From the Atmosphere

After spending their careers at major jewelry brands, Ryan Shearman and Dan Wojno became acutely aware of the myriad issues involved with diamond mining: the energy-intensive process of carving gems from the earth (typically involving heavy machinery and explosives), unreliable certifications, and forced or unfair labor.

In recent years, that lack of traceability has inspired a new wave of lab-grown diamond brands-and a contentious debate over which type of diamond is more virtuous. Traditional diamond suppliers insist their stones have a lower carbon footprint, as labs require intense machines and chemicals to “grow” slivers of carbon into stones. Labs say the data is skewed. Diamond companies have even started using the term “natural diamonds,” a marketing play that omits the damaging aspects of mining (and likely confuses some consumers into thinking lab-grown diamonds are fake; they are scientifically identical). On the other hand, labs have to source their carbon from somewhere-and more often than not, it’s from fossil fuels via oil drilling or fracking.

In other words… Neither option is perfect. With Aether, Shearman, Wojno, and Robert Hagemann are introducing a third option: diamonds made from excess carbon drawn from the atmosphere. “The previous argument was, what harms the planet the least?” Shearman says. “Now we’re flipping that on its head, because we aren’t harming the planet at all. Every single diamond we sell makes the world that much better.” 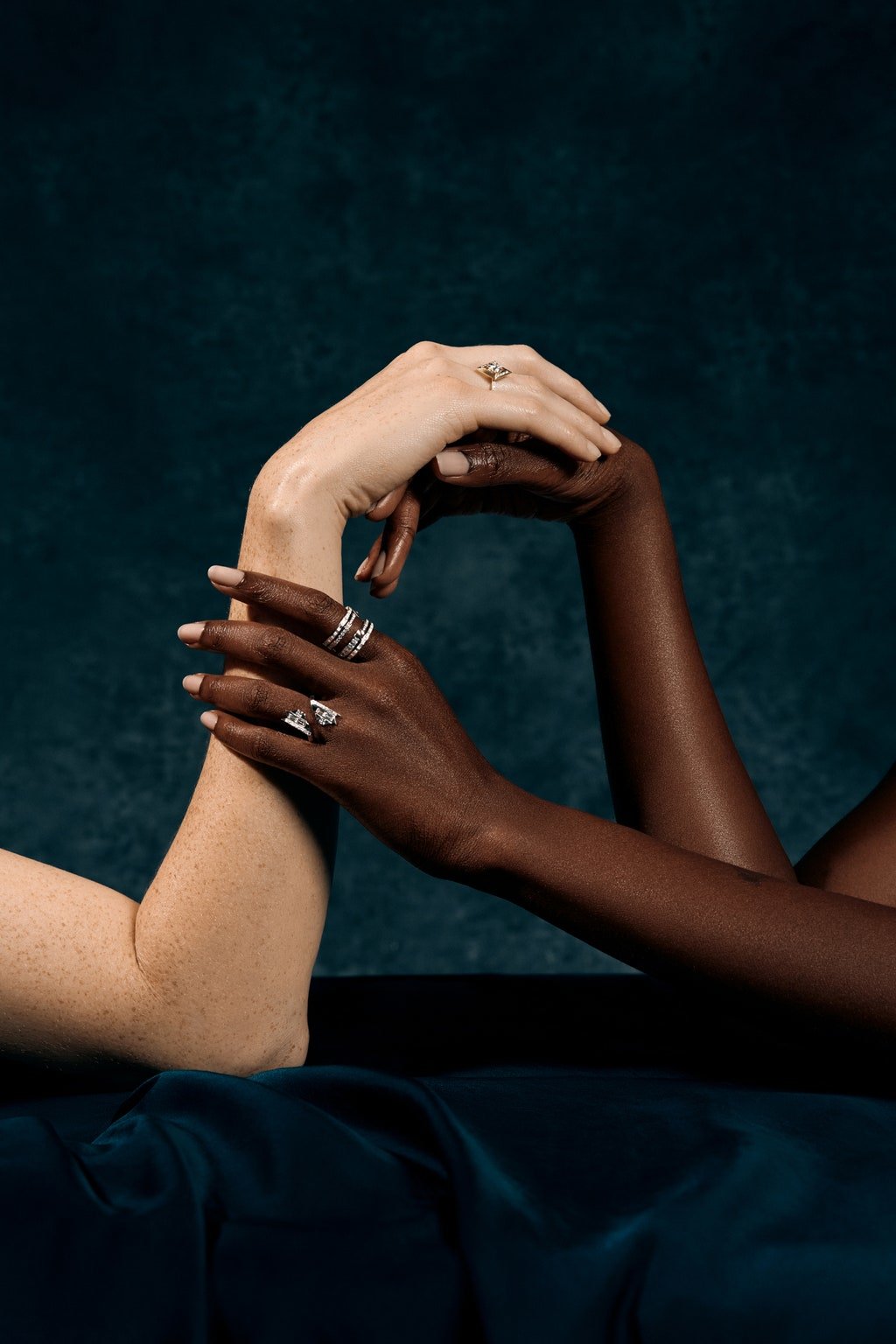 There’s currently an excess of 109 billion tons of carbon in the atmosphere, and reducing our emissions isn’t enough to curb global warming. The Intergovernmental Panel on Climate Change says we also need to sequester carbon through natural solutions-like regenerative agriculture and reforestation-and advanced ones, like carbon capture technology. For Aether, the process essentially goes like this: CO2 is scrubbed from the air using direct capture technology; it’s pushed through a filter and converted into methane, the raw hydrocarbon material that will eventually become a diamond; and it’s placed in a reactor, where it will grow atom by atom into a stone. The entire process takes three to four weeks, then the raw diamond is sent to be cut, polished, and set into one of Aether’s sleek, architectural designs.

Most importantly, each carat removes approximately 20 tons of carbon out of the sky—a number that’s higher than the average American’s carbon footprint per year. “If you buy a two-carat diamond, you’re essentially offsetting two and a half years of your life,” Shearman adds.

Many of Aether’s jewelry will add up to significantly more than that. Its solitaire rings (which start around $7,000) are sold alongside “ring jackets” that can be stacked and layered for a sparkling, multi-carat statement. Aether’s bolder pieces, like the Synthesis chandelier earrings, come in at 5.39 carats and retail around $40,000. Hagemann pointed out that the slivers of skin peeking through the earrings’ delicate tiers are a nod to the stones being “made of air.” 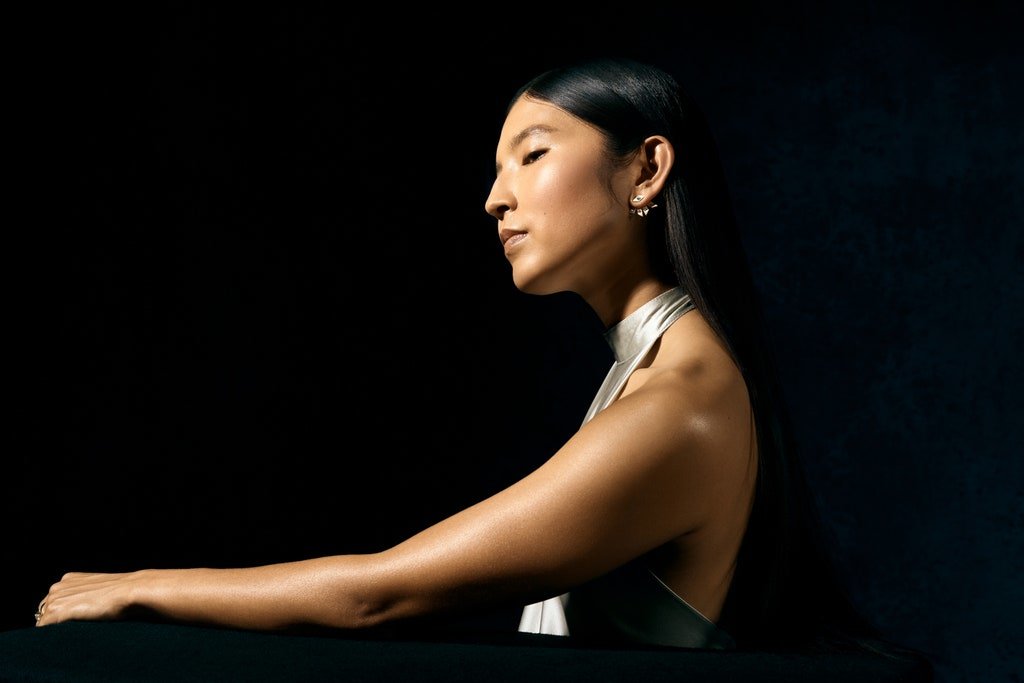 In terms of both design and price, Aether fits into the luxury space, competing with household names and fashion-forward indie designers alike. The expectation isn’t that Aether can tackle billions of tons of carbon by itself. But its debut is a hopeful glimpse of what “climate positive” fashion can look like-and how we can view carbon as a resource, not an existential problem we can’t solve.

Hagemann and Shearman are excited to offer a tangible, ultra-luxurious way to help people better understand climate change: “Everyone in the climate community agrees we need to drive consumer participation,” Hagemann says. “It’s really hard to do that, because people don’t want to change their behavior. So we see this as a really strong opportunity-you don’t have to change your behavior, and we’re giving you the vehicle to have an outsize impact.” 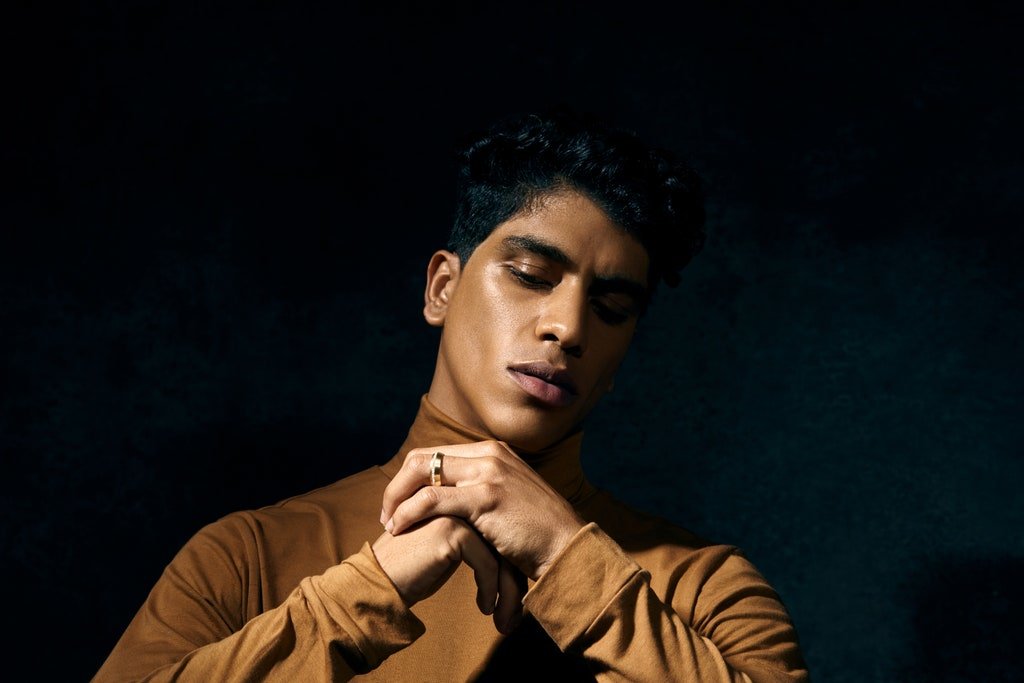