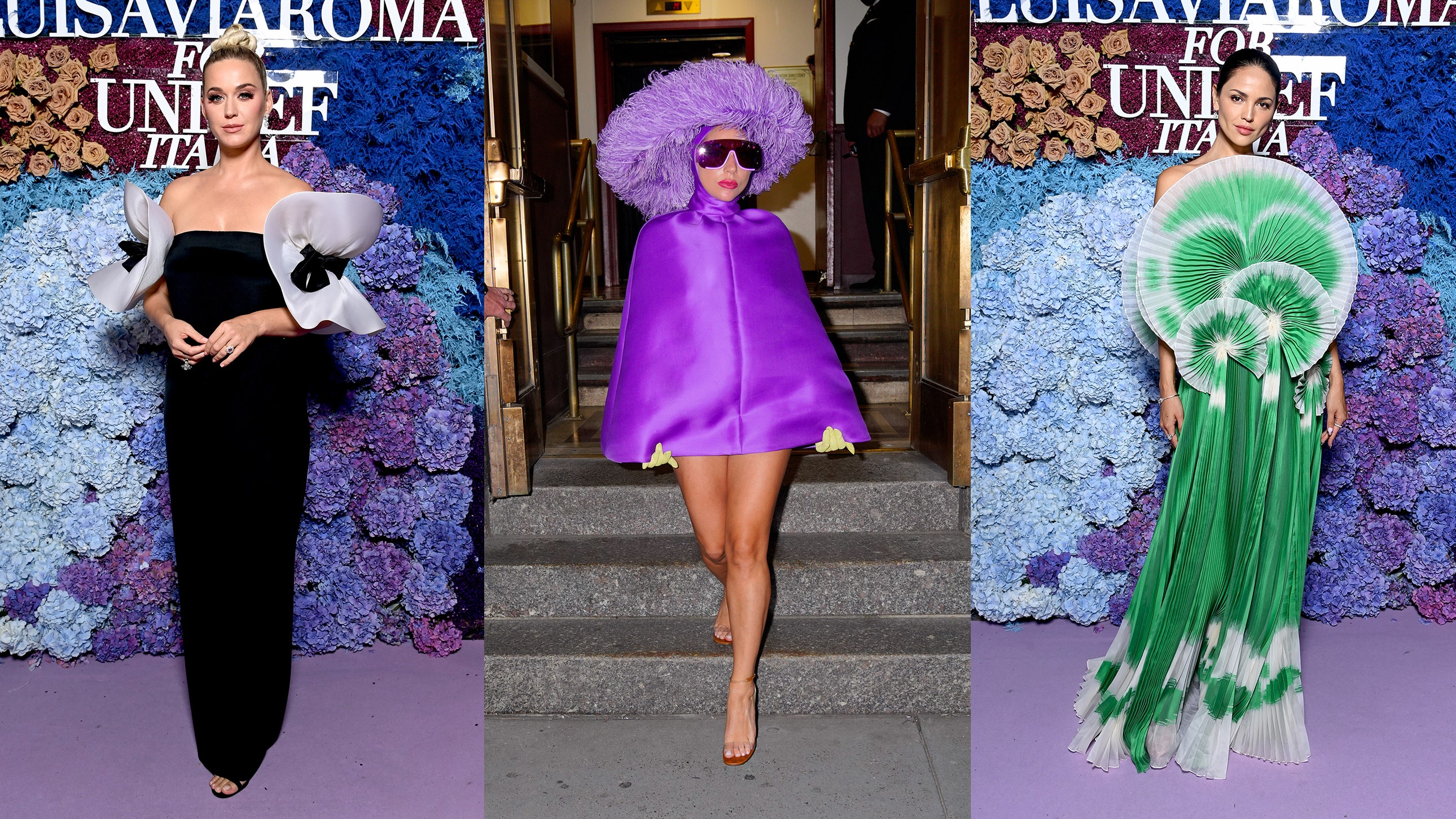 This Week, Stars Found Joy in Dressing Up

Dressing up is a pleasure in itself, and this week celebrities embraced that idea wholeheartedly.

At LuisaViaRoma’s UNICEF’s charity bash Katy Perry took to the stage at La Certosa di San Giacoma in a blast from the past, pulling out vintage Pierre Cardin sourced from Shrimpton Couture. The black column gown from Cardin’s 1978 haute couture collection featured sculpted accents on each sleeve and oversized bows, yet it didn’t feel overwrought. Cardin was a master of the avant-garde, but Perry played up the classic side of his designs. With her hair pulled back into a tight chignon and a pair of delicate Buccellati diamond and pearl drop earrings as her sole accessory, the star was perfection in a look that was a complete 180 from her trademark kitsch.

In Manhattan, Lady Gaga continued to put on daily fashion shows for fans during the lead-up to her ‘One Last Time’ concert with Tony Bennet. Though she cycled through multiple outfits during the week, including several pairs of towering Pleaser platforms and an array of statement accessories, Gaga’s standout was her lavender cape from Pierpaolo Piccioli's fall/winter 2021 couture extravaganza for Valentino. The transportive collection was filled with collaborations with fashion luminaries and contemporary artists. Among them, milliner Stephen Jones, whose downy ostrich front hats were sensational on models and proved as impactful on the pop diva.

Pastels were trending, with stars choosing soft hues for all their important events. Cynthia Erivo dazzled the crowd during her concert at the Hollywood bowl in pink tie-dyed Alexander McQueen. Sarah Paulson previewed the latest season of American Crime Story in salmon satin Magda Butrym. In Manhattan for a special event for her book club, Belletrist, Emma Roberts went for casual glamour in Celine separates, including a marigold boucle jacket. Even those celebrating online opted for subtle hues. To mark the 20th anniversary of The Princess Diaries and the 15th of The Devil Wears, Prada, Anne Hathaway took to Instagram in a Miuccia-designed custom look. Lavender and decorated with crystal-embellished florals, Hathaway’s gown was precisely what style-conscious modern royal-or fledgling fashion editor-would wear. 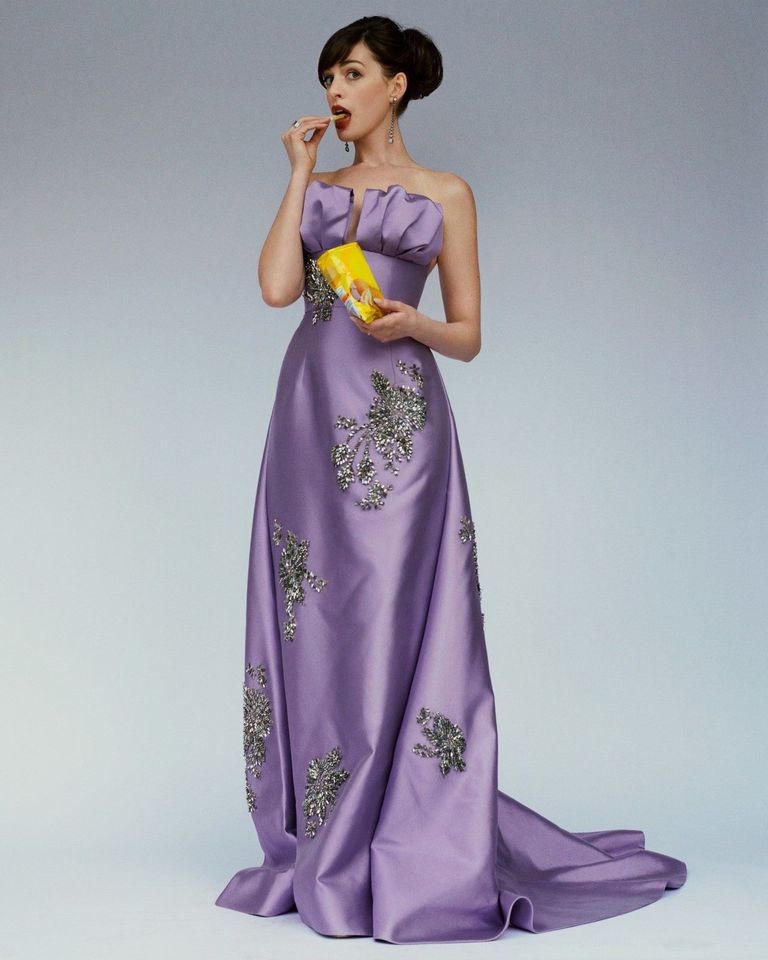 WHO: Anne Hathaway
WHAT: Prada
WHERE: Instagram
WHEN: July 31 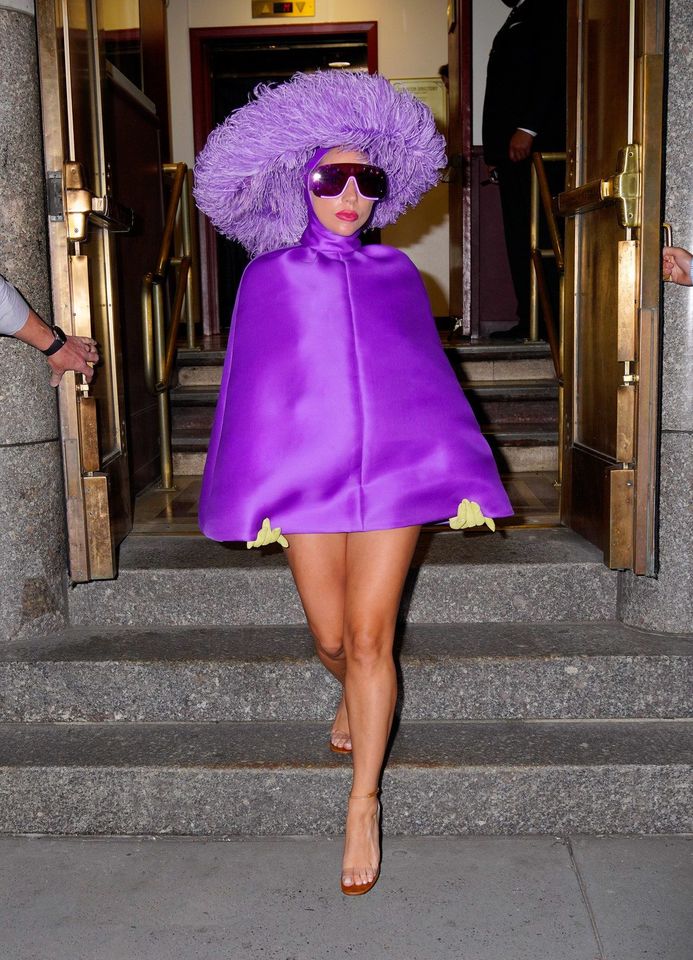 WHO: Lady Gaga
WHAT: Valentino Haute Couture
WHERE: New York City
WHEN: July 31 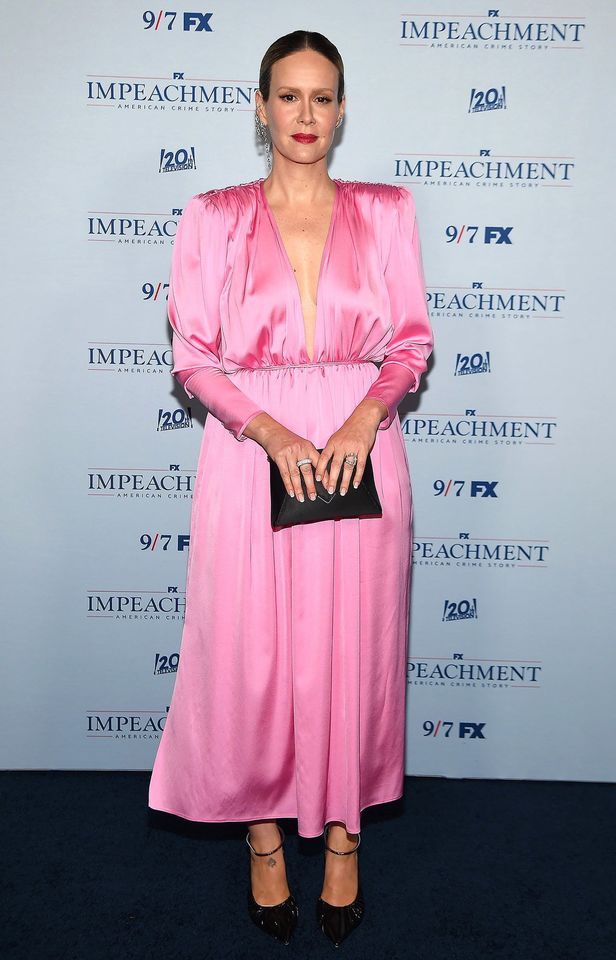 WHO: Sarah Paulson
WHAT: Magda Butrym
WHERE: Screening of FX’s Impeachment: American Crime Story
WHEN: July 26 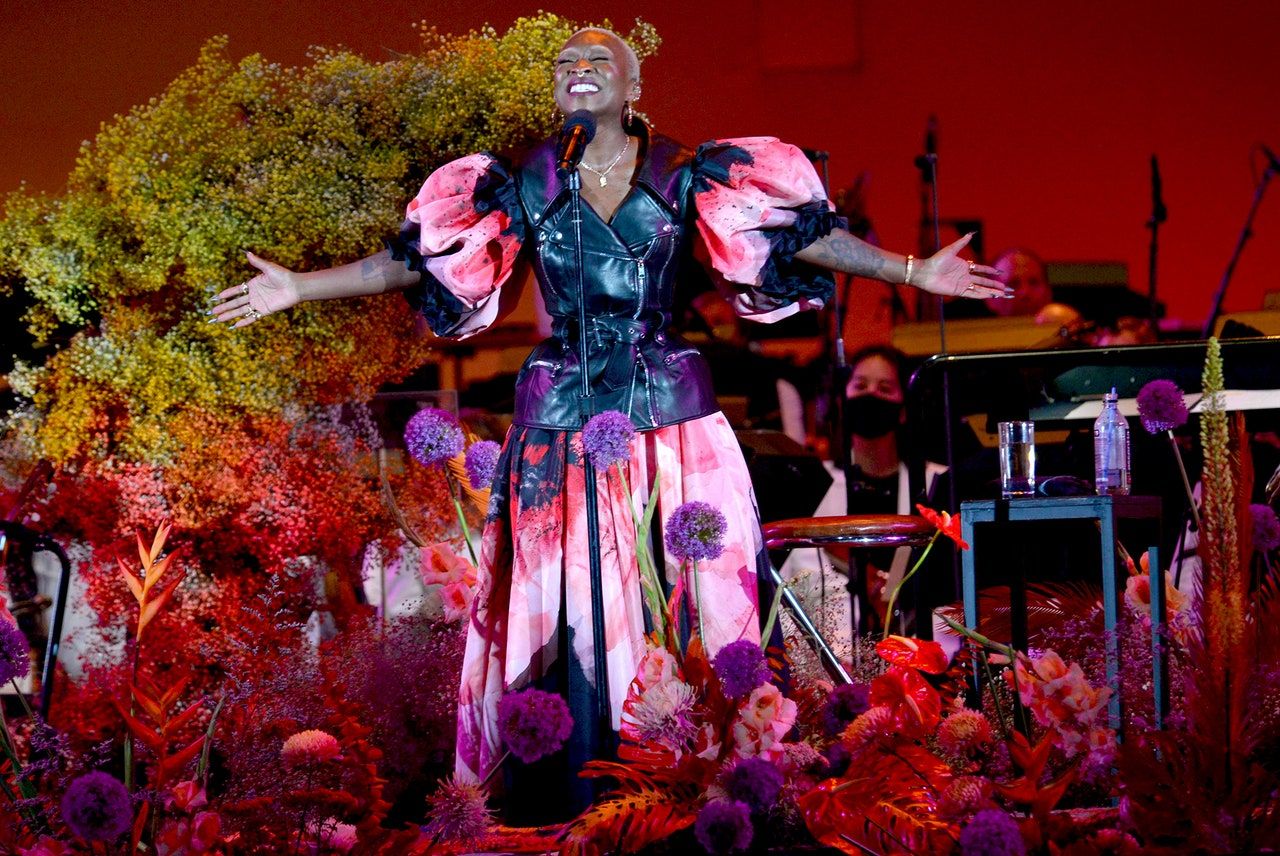 WHO: Cynthia Erivo
WHAT: Alexander McQueen
WHERE: The Hollywood Bowl
WHEN: July 30 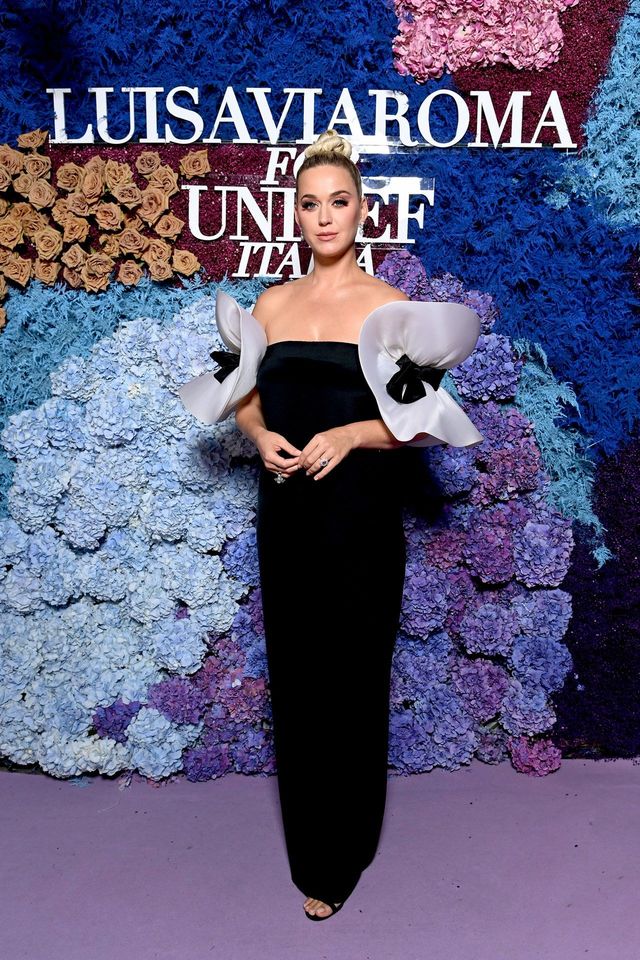 WHO: Katy Perry
WHAT: Vintage Pierre Cardin
WHERE: LuisaViaRoma for Unicef
WHEN: July 31 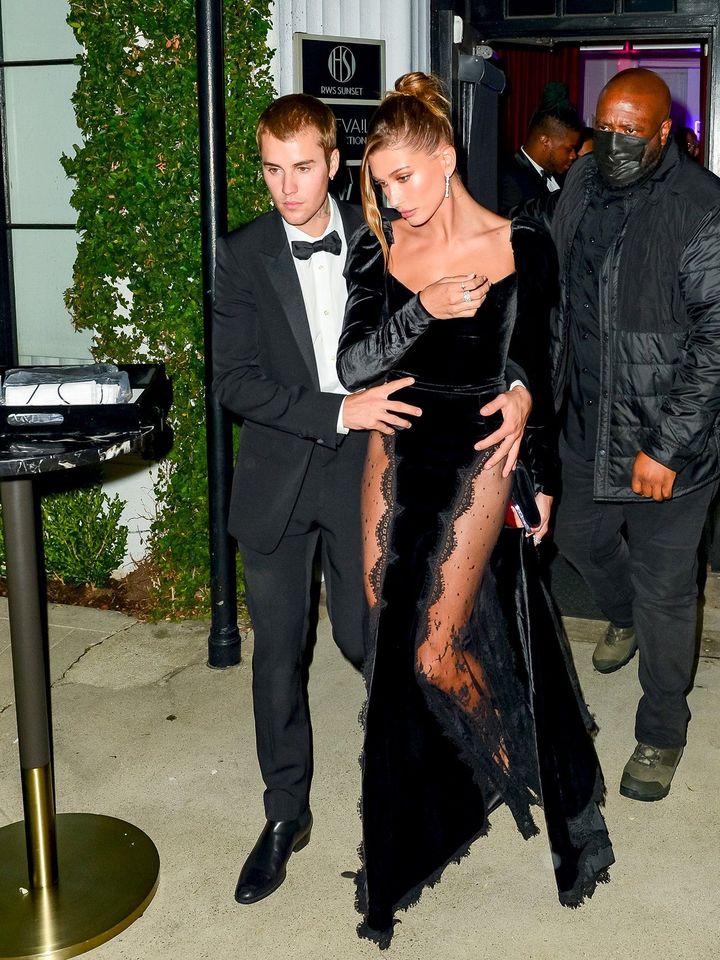 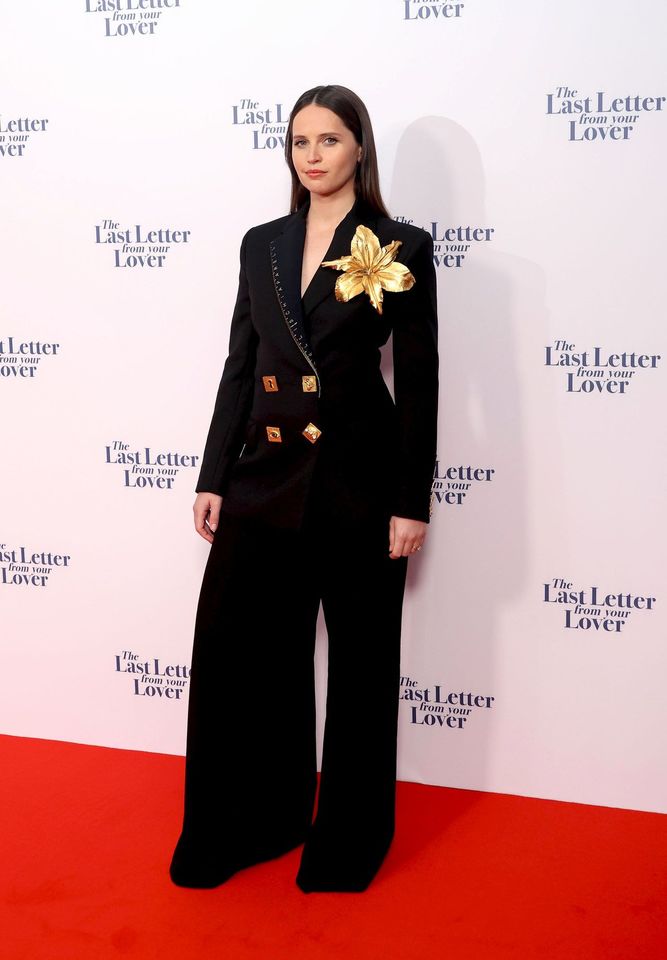 WHO: Felicity Jones
WHAT: Schiaparelli
WHERE: The Last Letter From Your Lover premiere
WHEN: July 27 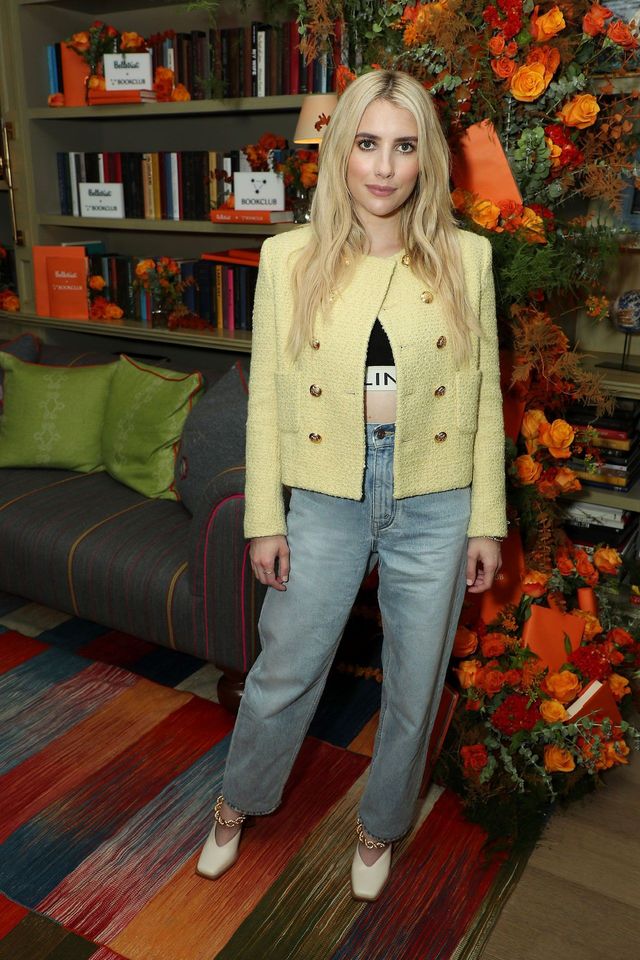 WHO: Emma Roberts
WHAT: Celine
WHERE: Belletrist x Bookclub Breakfast
WHEN: July 27 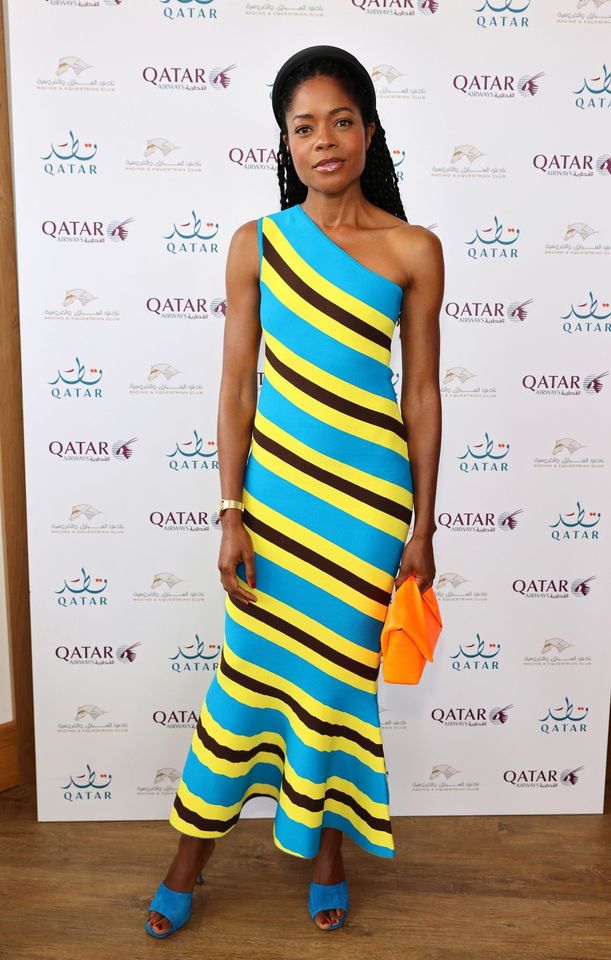 WHO: Naomie Harris
WHAT: JW Anderson
WHERE: The Goodwood Festival
WHEN: July 31 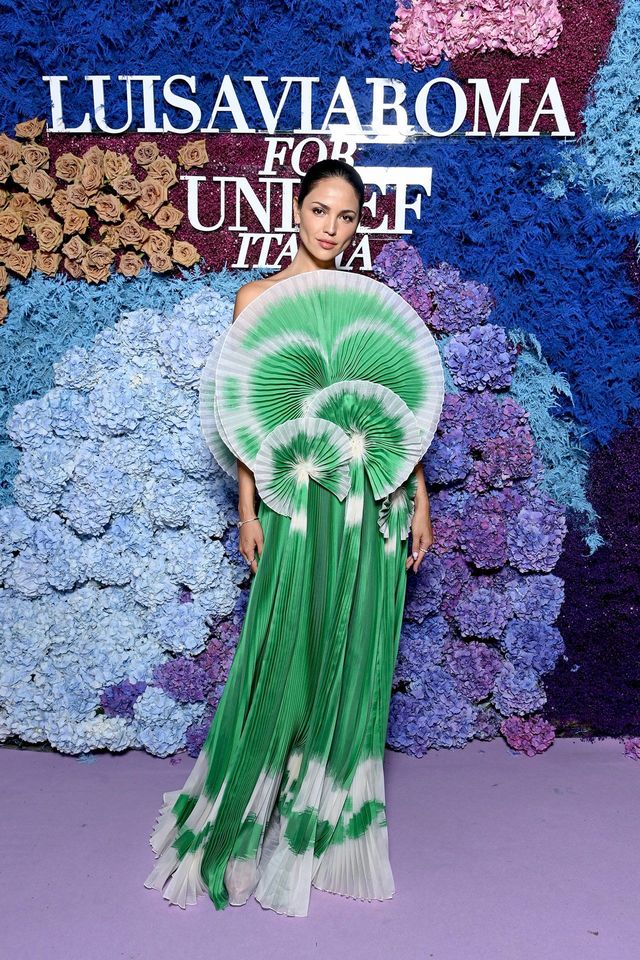 WHO: Eiza González
WHAT: Delcore
WHERE: LuisaViaRoma for Unicef
WHEN: July 31