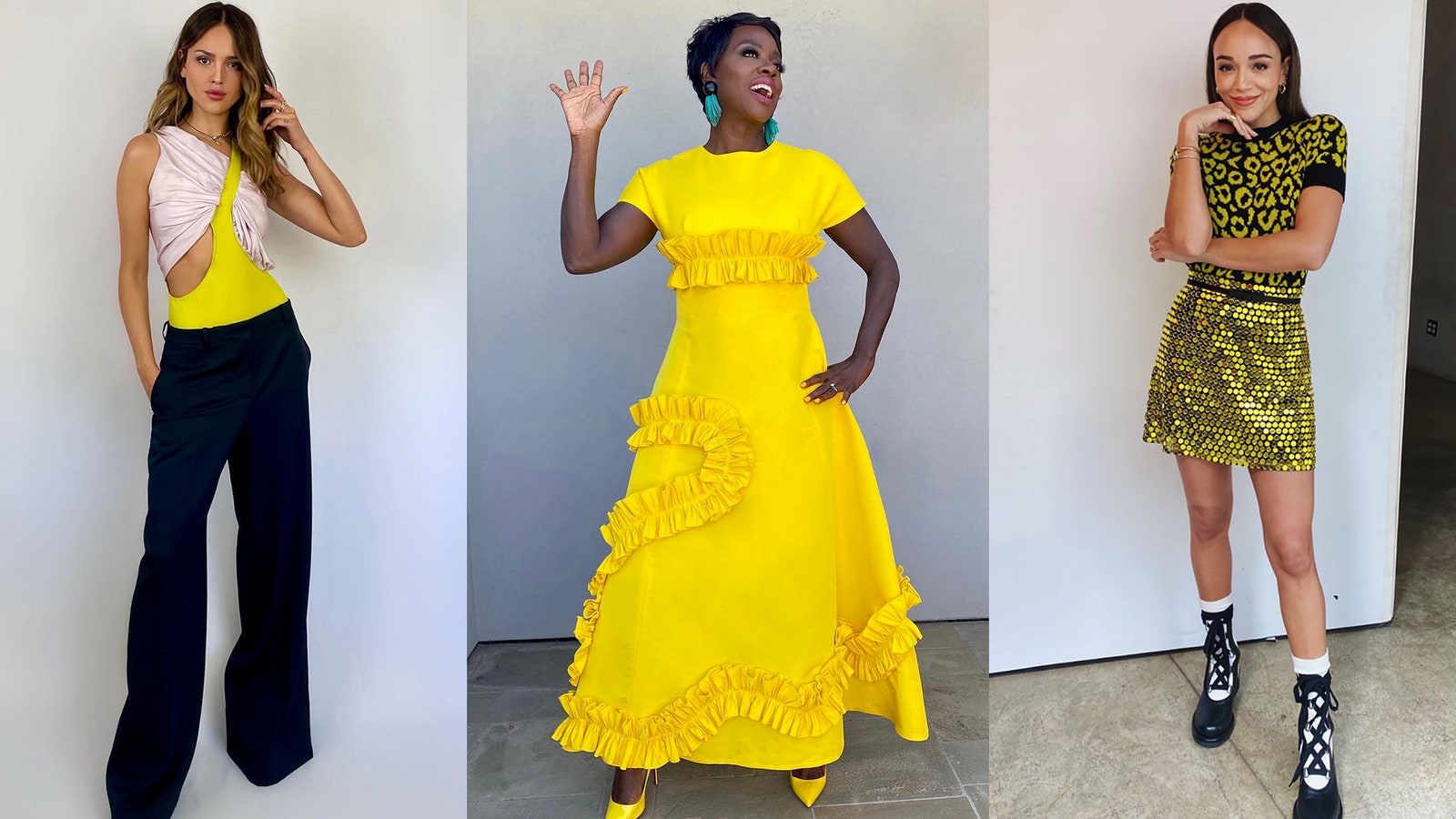 This Week, the Best Dressed Stars Bet on Optimistic Fashion

Great style can bring a smile to your face-bright colors, illustrated prints, and playful details in particular. Last week, as celebrities headed to virtual events, birthday parties, and hosting gigs, they kept their outfits exuberant. On Easter Sunday, Kendall Jenner posted an idyllic photo where she posed amid golf course greenery while wearing a pastel Rodarte dress. Selena Gomez had recently worn the same outfit in the music video for her single, ‘De Una Vez.’ It’s rare for one piece to receive the stamp of approval from two young Hollywood stars, but not totally surprising for one of Kate and Laura Mulleavy’s universally charming designs. Jenner and Gomez make clothes seem appealing for a living, but the dainty pink pastel look, with its delicate appliqué daisies and empire waist, would have been beautiful on anyone.

Crowd-pleasing emerged as the week’s theme, especially when it involved the use of neon. For her lineup of Zoom interviews tied to her new National Geographic series, Impact, Gal Gadot took her work-from-home wardrobe to the next level by layering a hot pink Jacquemus blazer over a t-shirt and sweatpants. At the African American Film Critics Association Awards, Viola Davis accepted the night’s Icon Award in a vibrant yellow gown. The Greta Constantine dress reflected Davis’s status as Hollywood royalty. Crafted in the punchiest yellow silk faille possible and detailed with ruffles across its skirt and bodice, the dress was regal and unapologetically upbeat.

Even those who went for all-black did so with a degree of cheer. On the American Idol set, Katy Perry conjured thoughts of parties past by hanging out in the bathroom while clad in an Alexander McQueen leather midi-dress. With its built-in bustier and contrast stitching, the look was exactly the kind of cheeky-yet-risqué piece Perry would have gravitated to for a night on the town. 2021’s realities mean there are far fewer nights out. But perched on a toilet seat in her best Giuseppe Zanotti heels, Perry made a case for partying on. 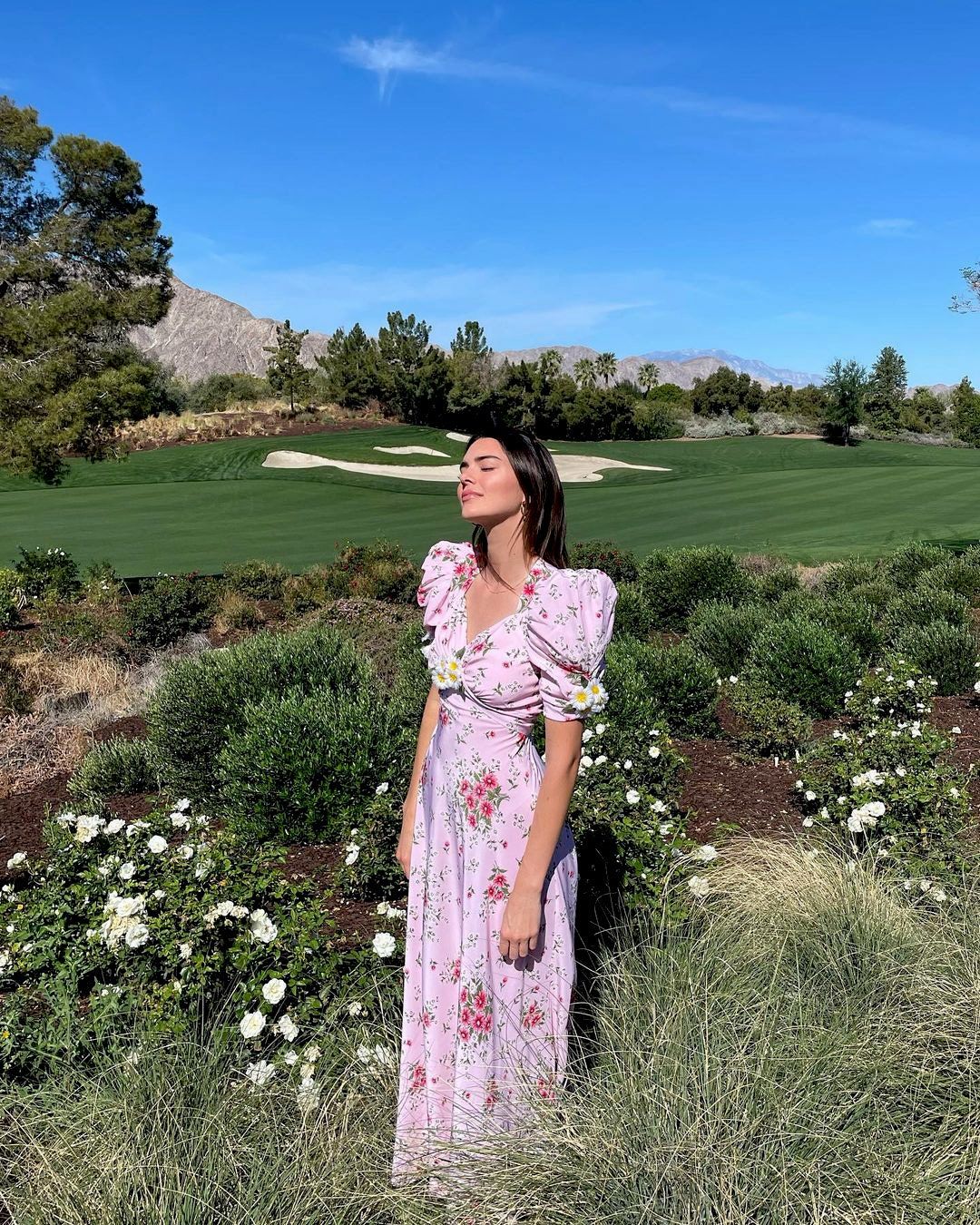 WHO: Kendall Jenner
WHAT: Rodarte
WHERE: Instagram
WHEN: April 4 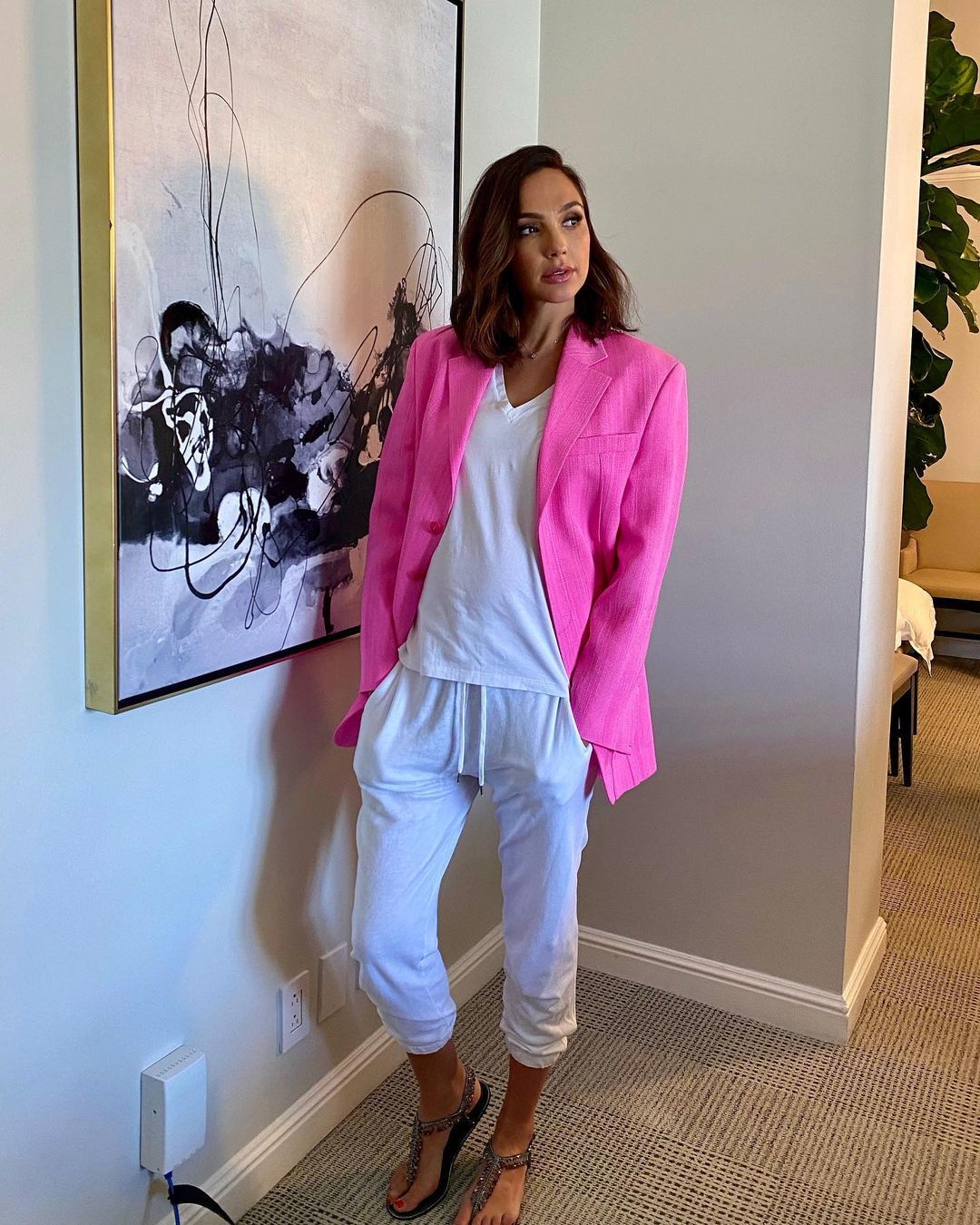 WHO: Gal Gadot
WHAT: Jacquemus Blazer
WHERE: Instagram
WHEN: April 6 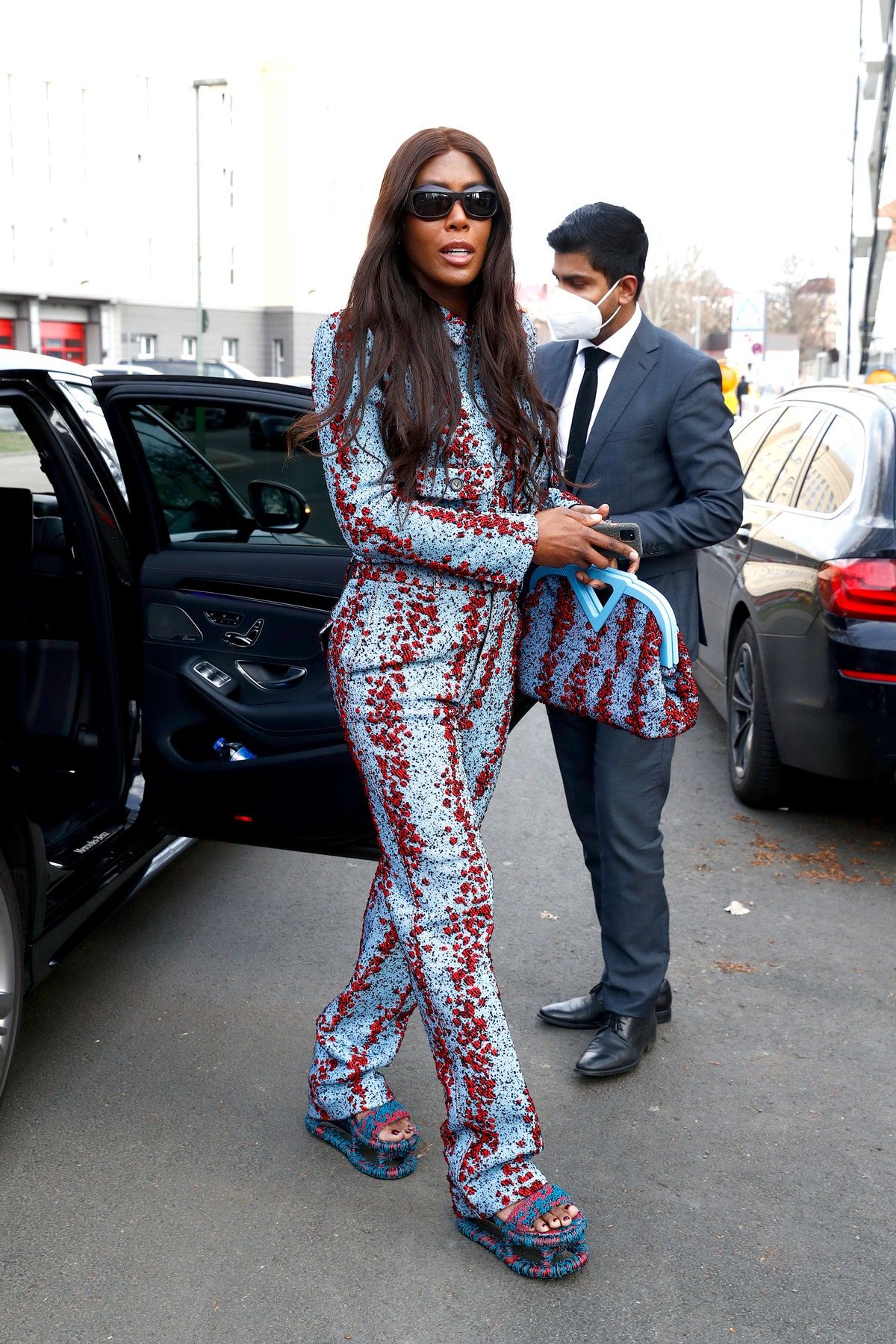 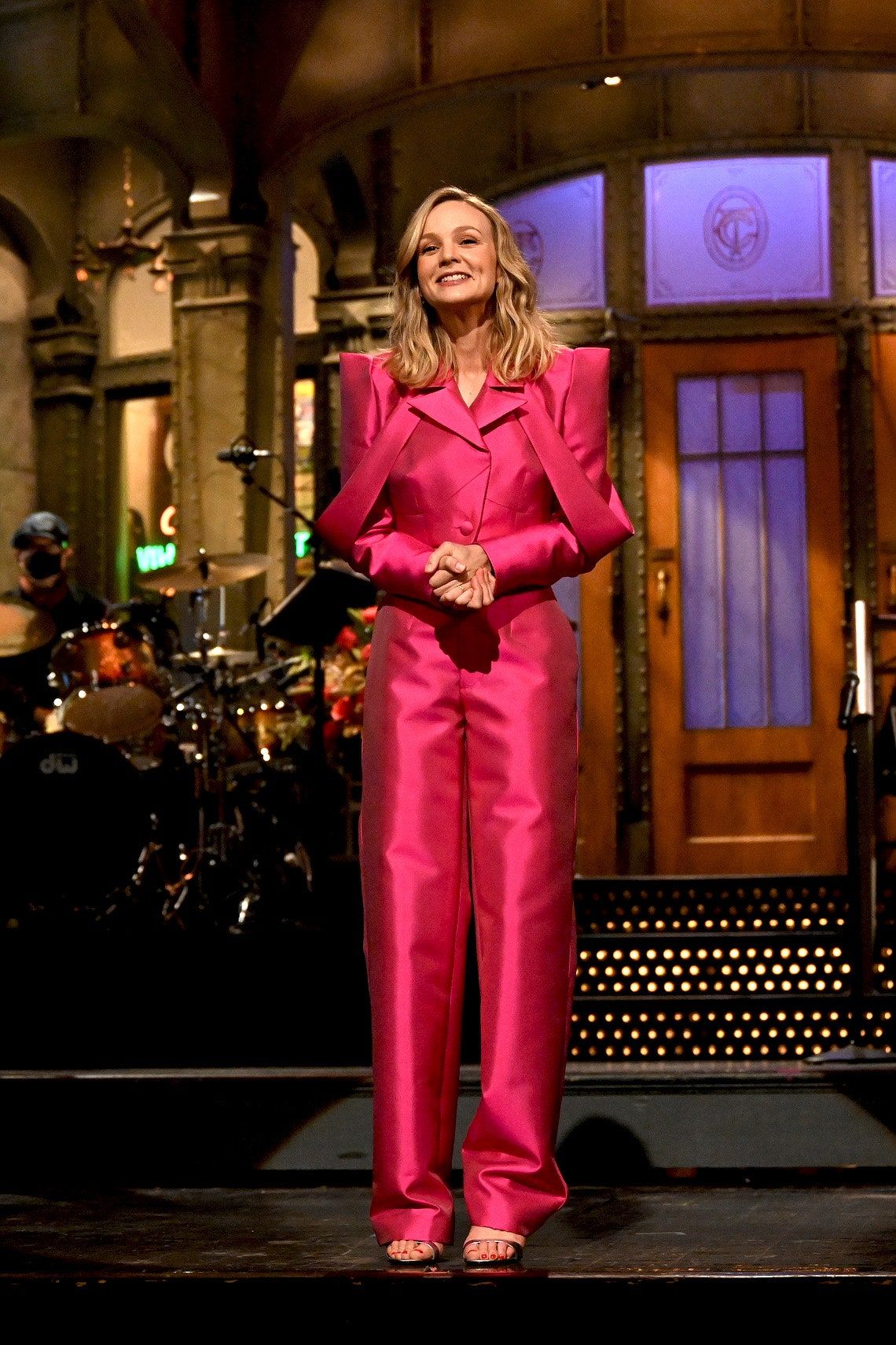 WHO: Carey Mulligan
WHAT: Aliétte
WHERE: Hosting Saturday Night Live
WHEN: April 10 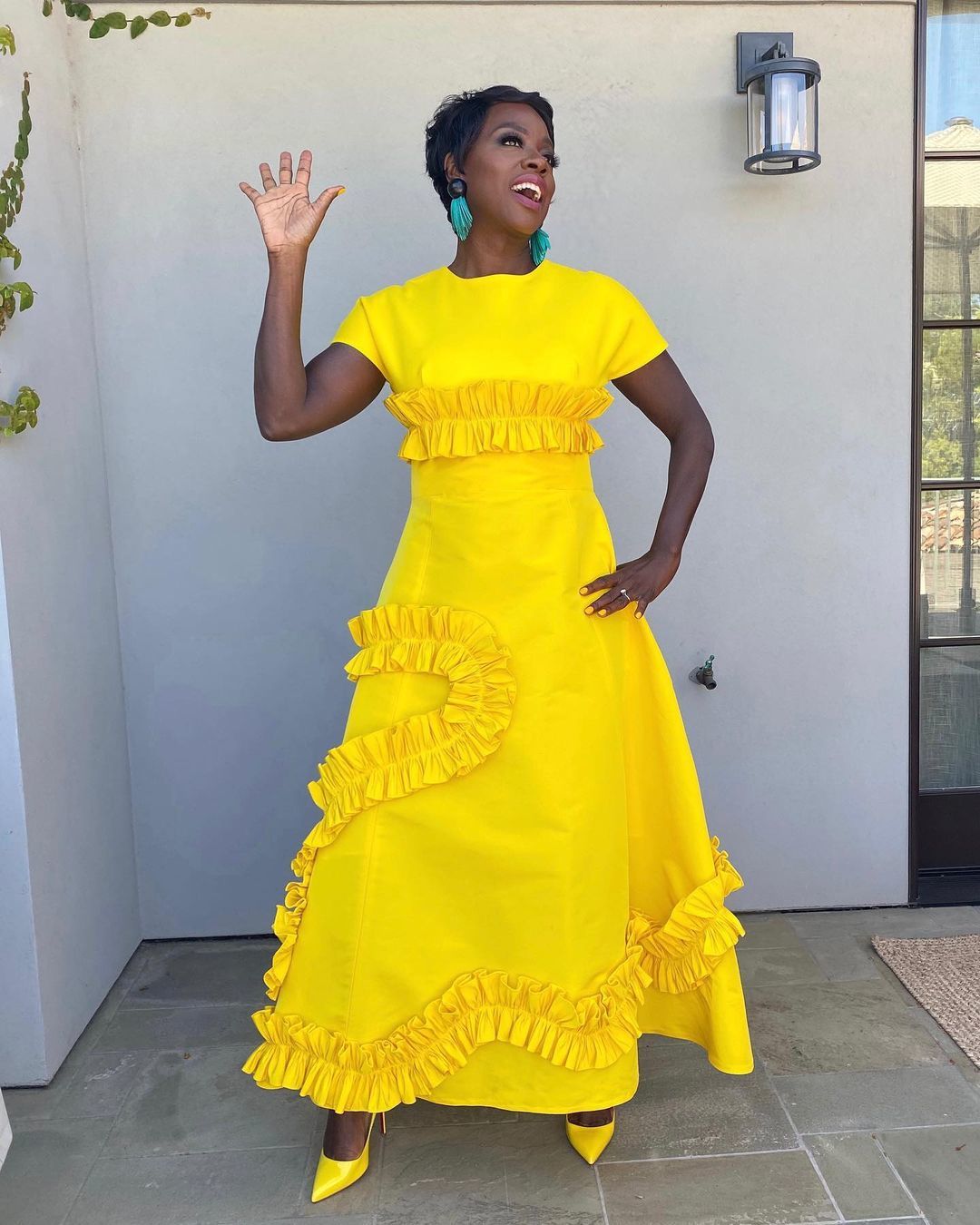 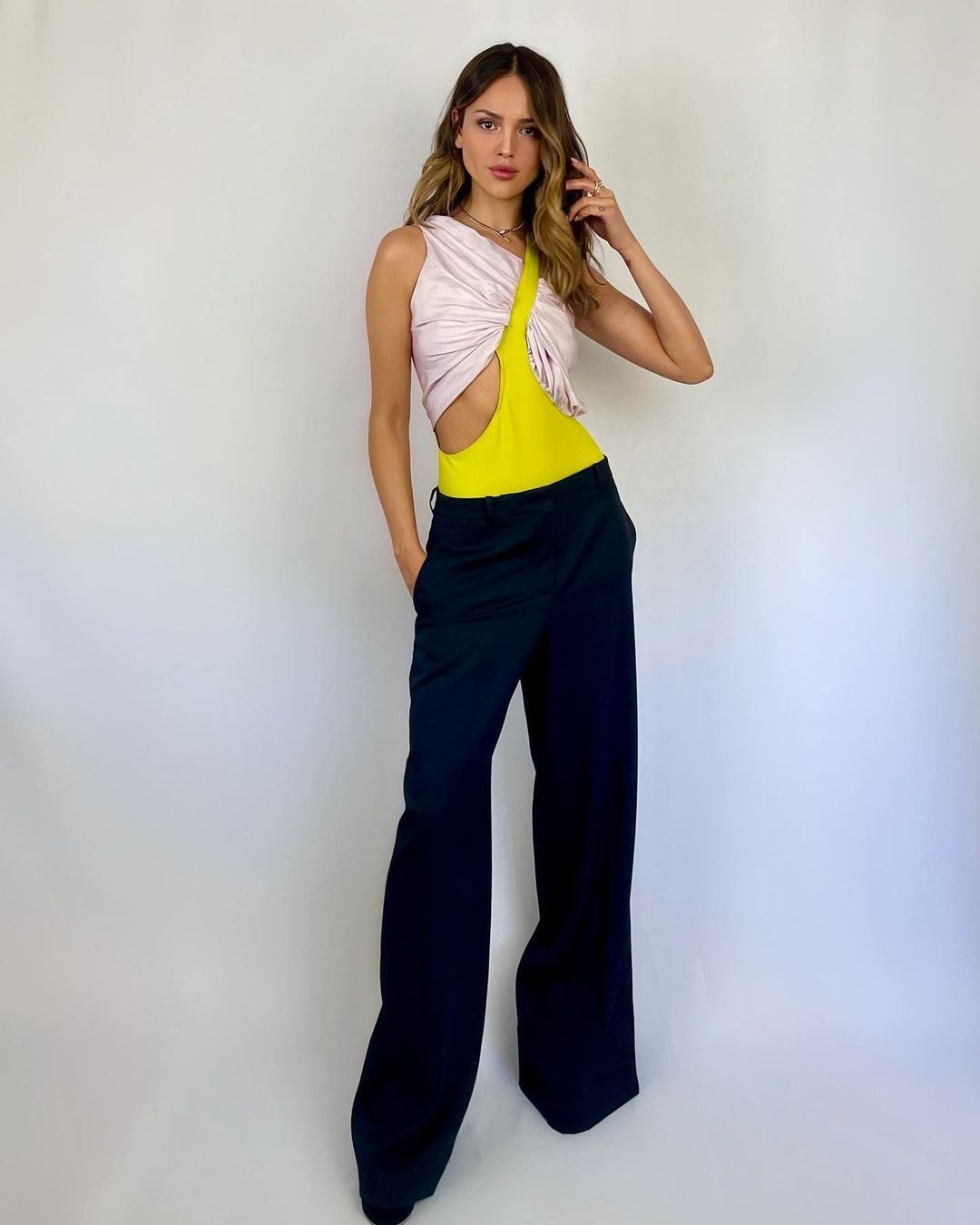 WHO: Eiza González
WHAT: Nina Ricci
WHERE: Spirit Untamed Press Day
WHEN: April 10 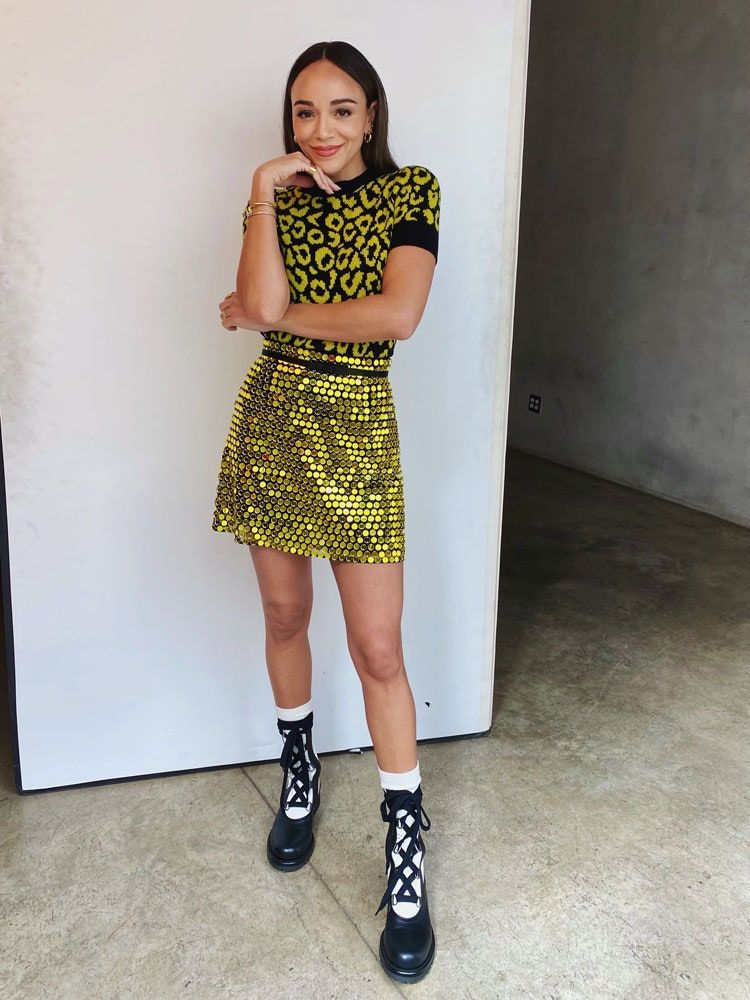 WHO: Ashley Madekwe
WHAT: Christian Dior
WHERE: County Lines Press Day
WHEN: April 7 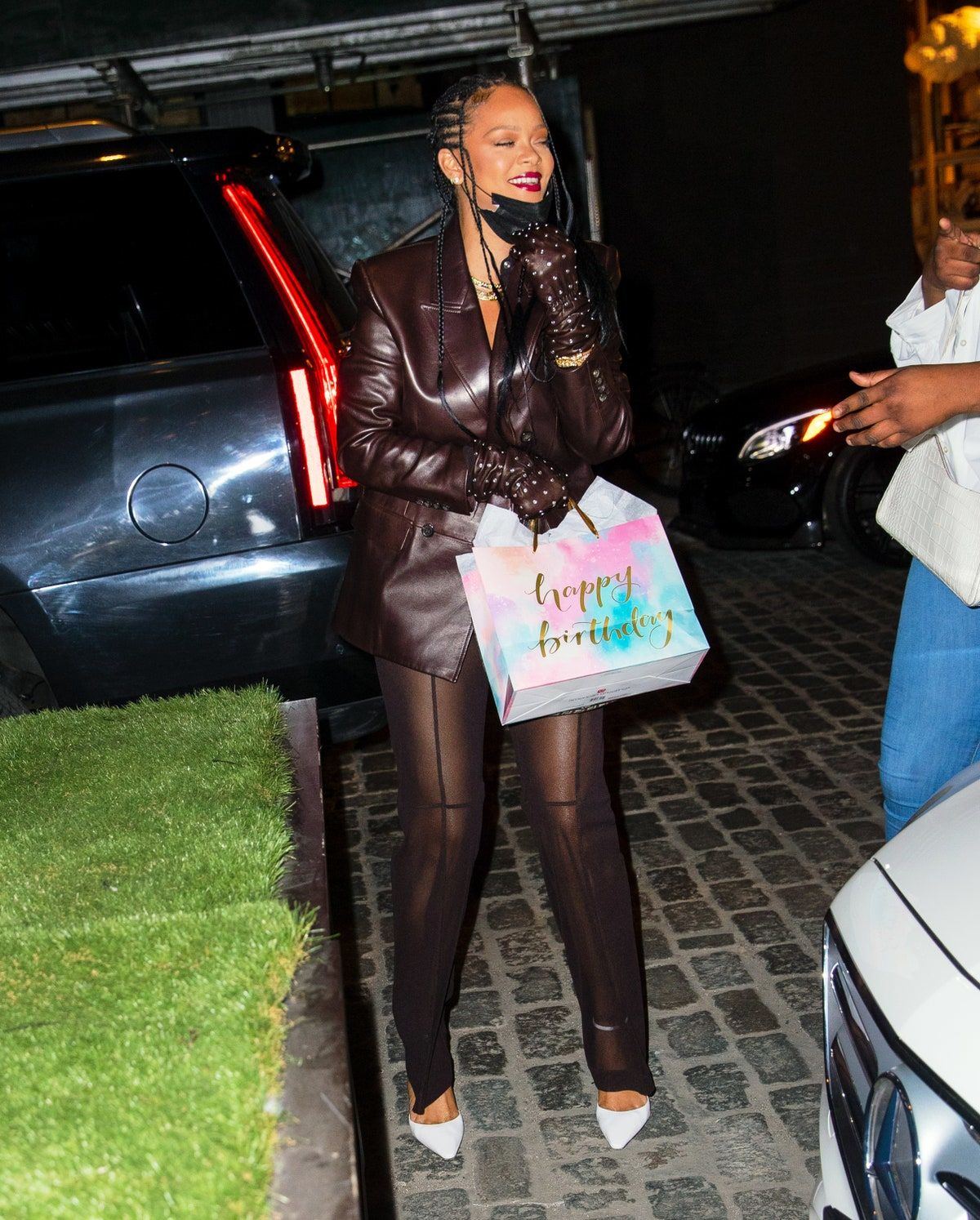 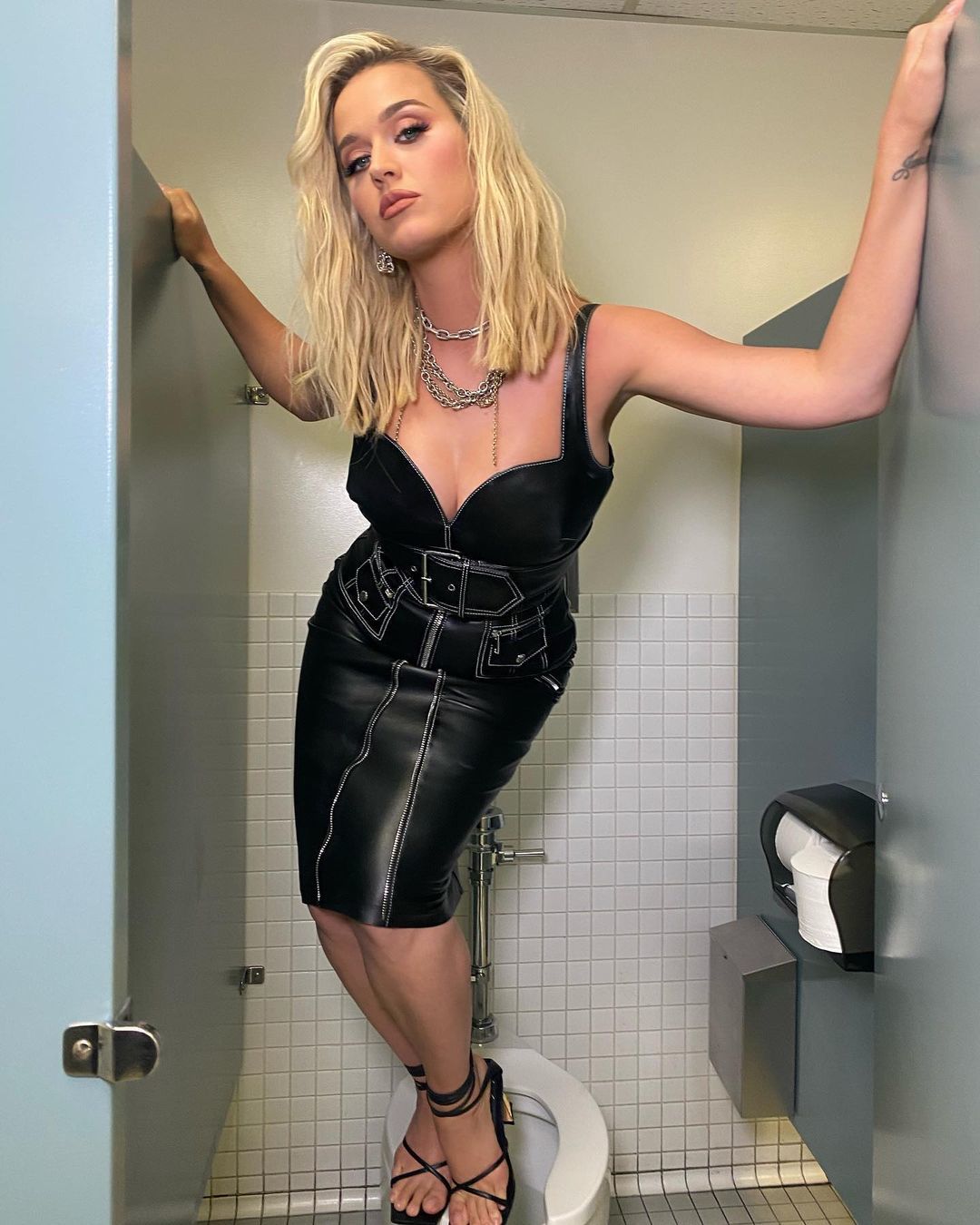 WHO: Katy Perry
WHAT: Alexander McQueen
WHERE: American Idol
WHEN: April 6 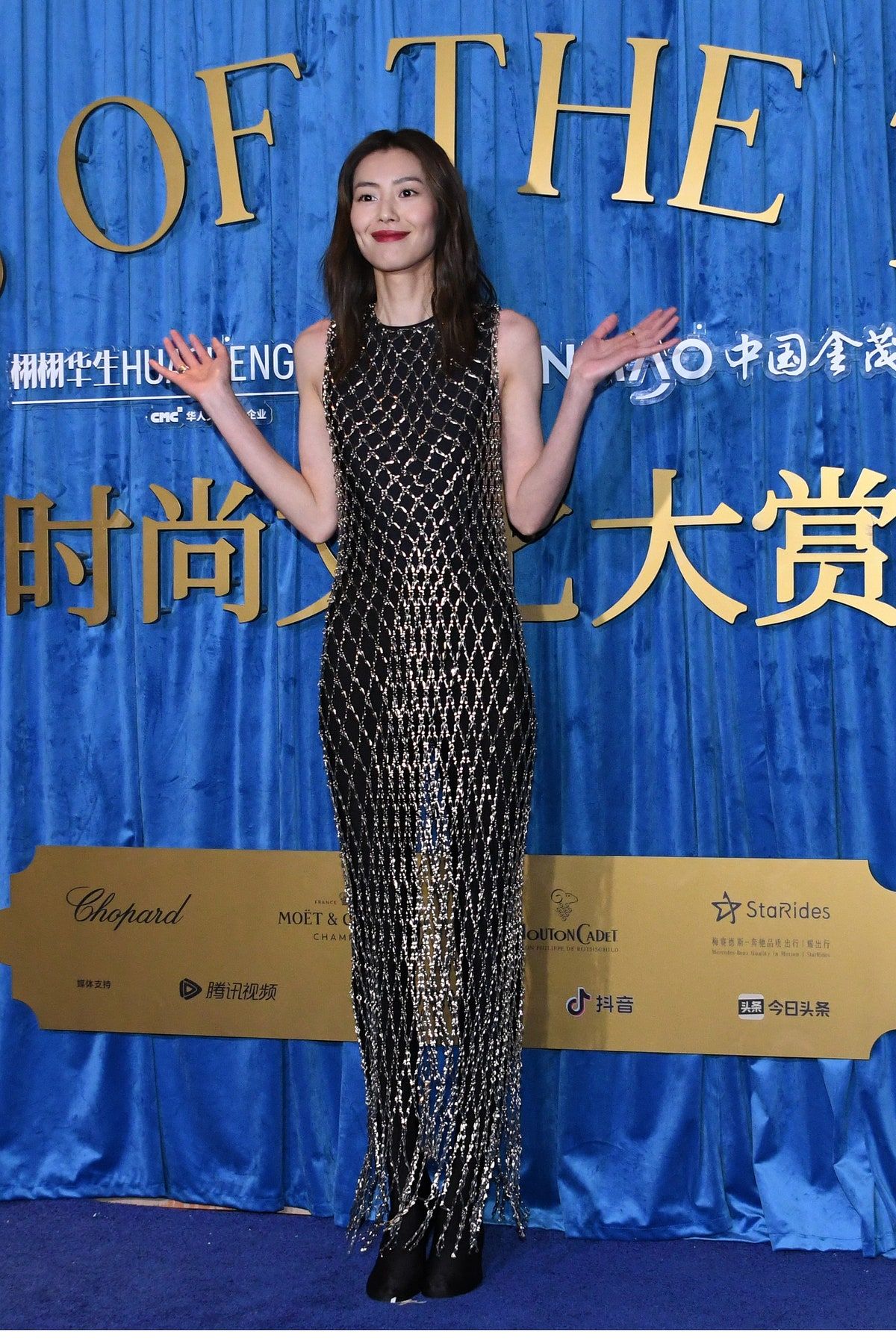 WHO: Liu Wen
WHAT: Balenciaga
WHERE: Signs of the Times Awards, Shanghai
WHEN: April 10