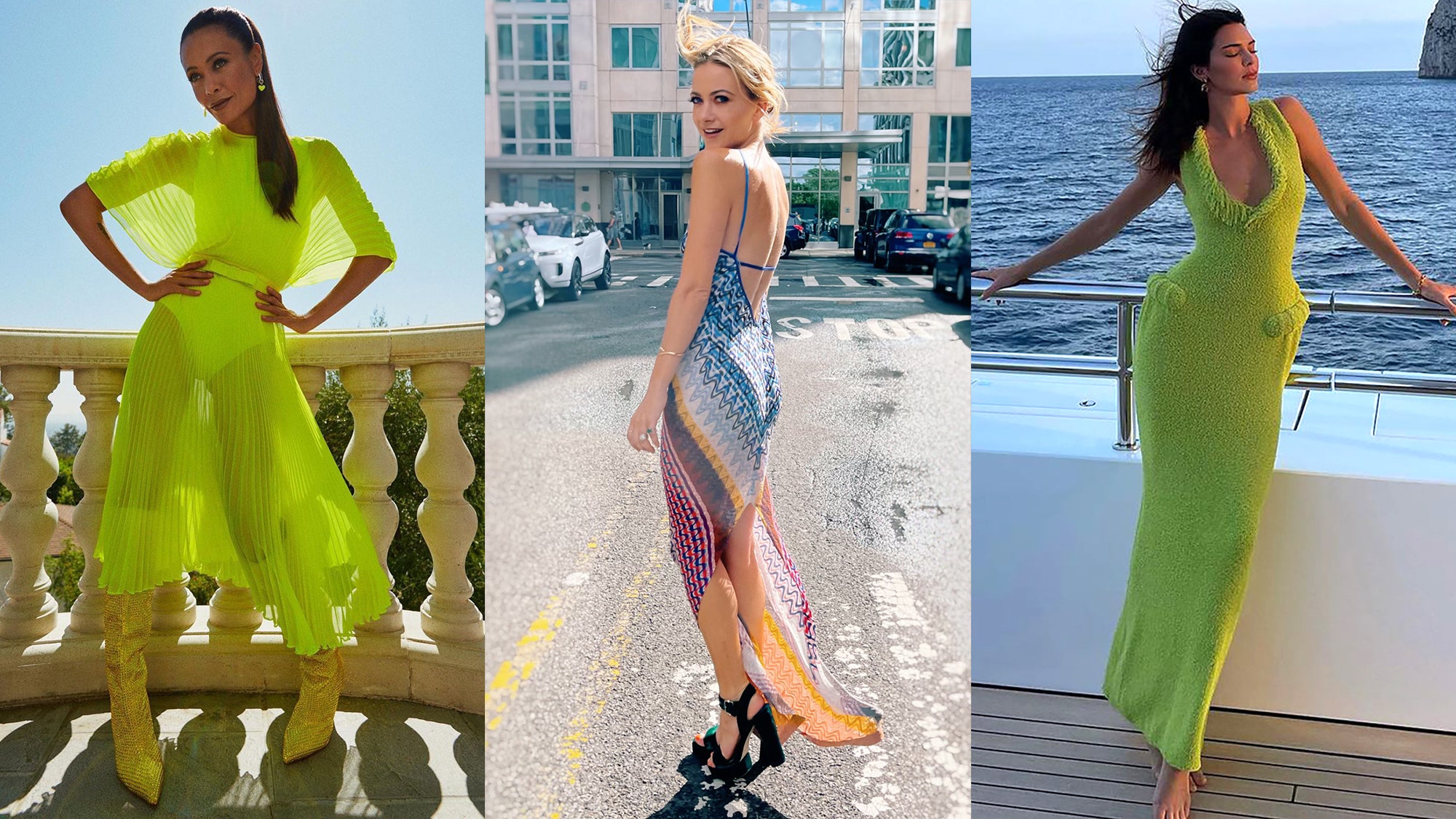 Everyone can make the most of summer style, even if they aren’t on holiday. Last week, celebrities had plenty of work to do thanks to a full schedule of movie premieres and televised appearances. Still, most found a way to bring lighthearted energy to their wardrobes.

In Los Angeles, Thandiwe Newton continued her press tour for Reminiscence by stopping by Jimmy Kimmel Live in the moment’s key color: electric chartreuse. Newton’s pleated, neon, silk-chiffon Brandon Maxwell dress from the designer’s spring/summer 2021 collection was refreshing as a cocktail. Paired with glittery Paris Texas boots, Newton’s outfit made a bold statement on screen. The fact that it coordinated perfectly with the tie-dye Alexander McQueen suit worn by guest host RuPaul was the cherry on top.

Of course, you didn’t have to go head to toe with the bright shade of green. The Voyeurs star Sydney Sweeney tackled her virtual press appointments in tartan Oscar de la Renta. The chartreuse in her playful corseted cocktail dress was accented by punchy shades of pink and purple. The bold color was as appealing on Kendall Jenner, who cruised through the Mediterranean in a plush gown from Bottega Veneta’s spring/summer 2021 show and updated her Instagram with multiple views of Daniel Lee’s fluorescent toweling knits.

Even the week’s neutrals were chosen for maximum impact. Kim Kardashian broke the internet for a millionth time by recreating her wedding vows to Kanye West at the rapper’s Chicago listening party in Balenciaga’s Haute couture bridal gown. Shang-Chi and the Legend of the Ten Rings beauty Fala Chen was ethereal in LBV’s sculptural plissé dress at the Marvel film’s London screening. Elsewhere, the LBD received a leggy update thanks to Ella Balinska, who hit up Cartier’s Clash [Un]Limited bash in asymmetrical Mugler. The Voyeurs’ Natasha Liu Bordizzo rang in her birthday by wearing a side split Chanel. While technically a skirt and blouse combination, the rising star’s look had all the sexiness and glamour you want in a little black dress. 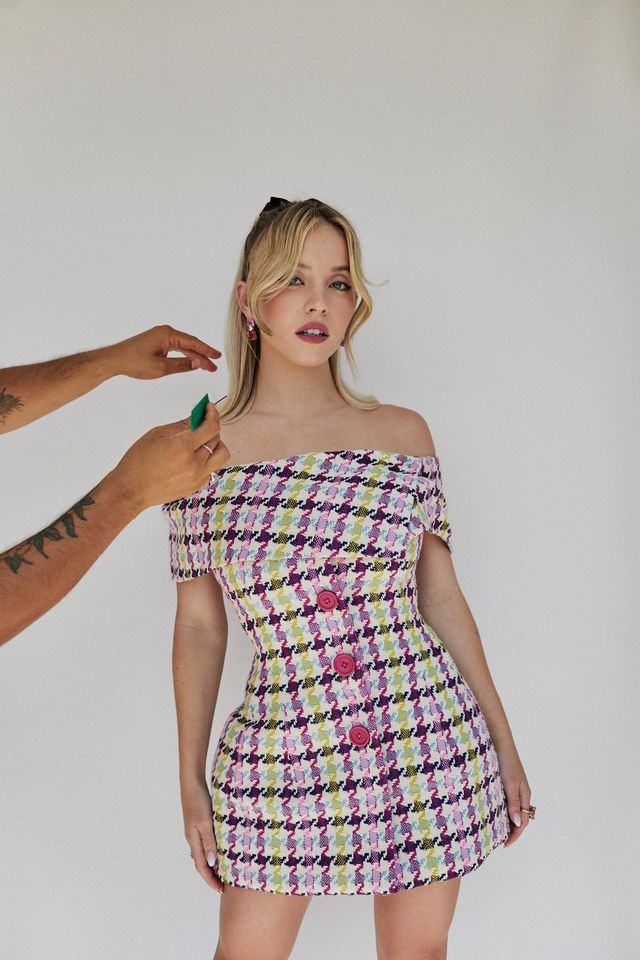 WHO: Sydney Sweeney
WHAT: Oscar de la Renta
WHERE: Instagram
WHEN: August 26 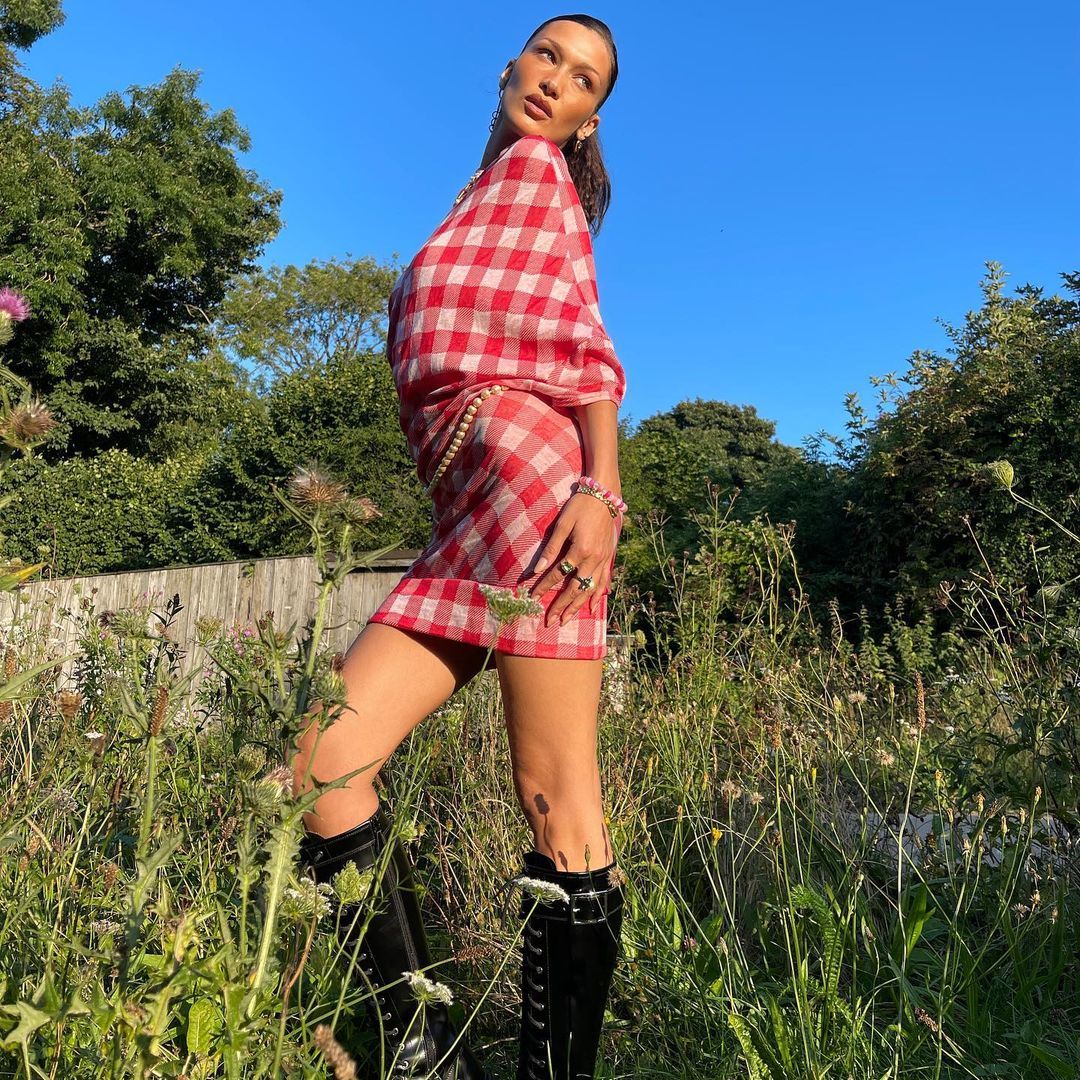 WHO: Bella Hadid
WHAT: Comme des Garçons
WHERE: Instagram
WHEN: August 26 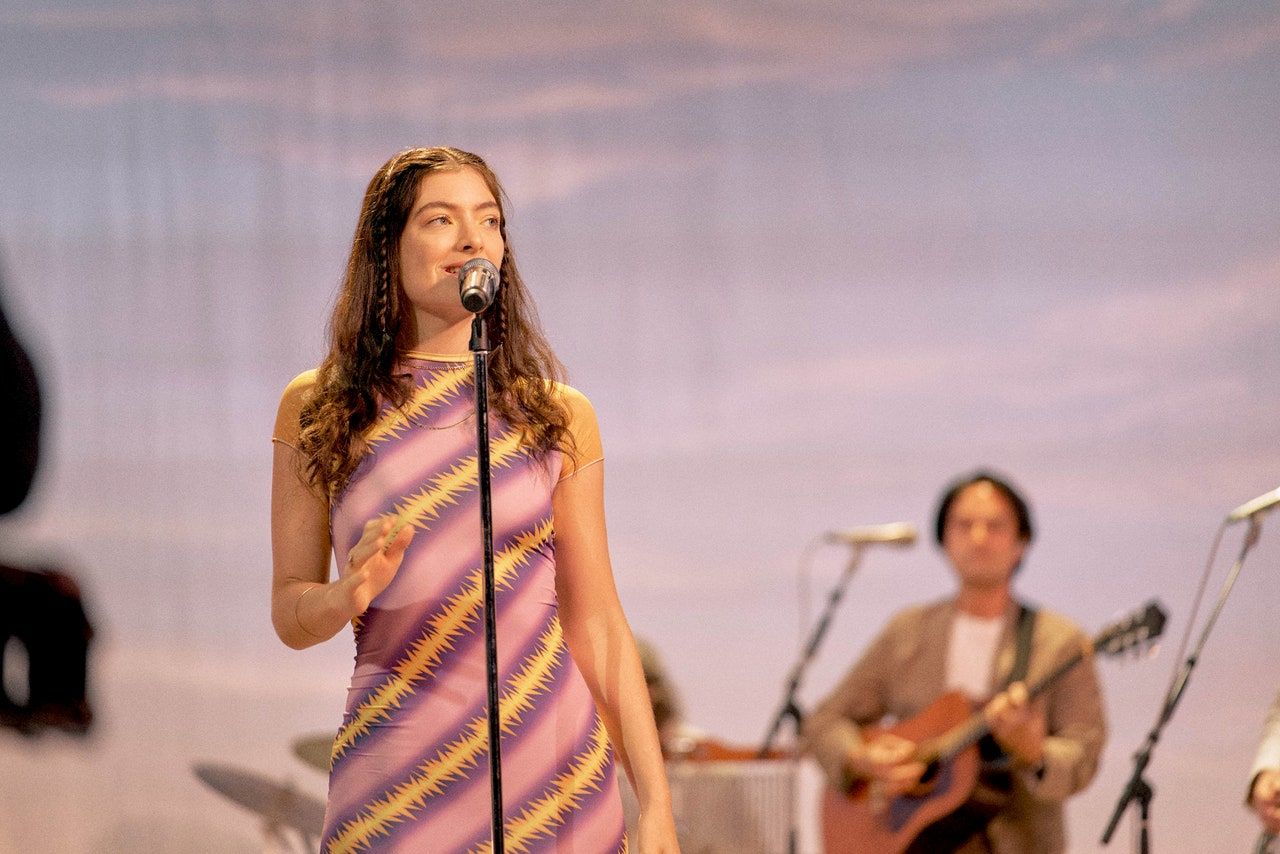 WHO: Lorde
WHAT: Maisie Wilen
WHERE: The Late Late Show with James Corden
WHEN: August 23 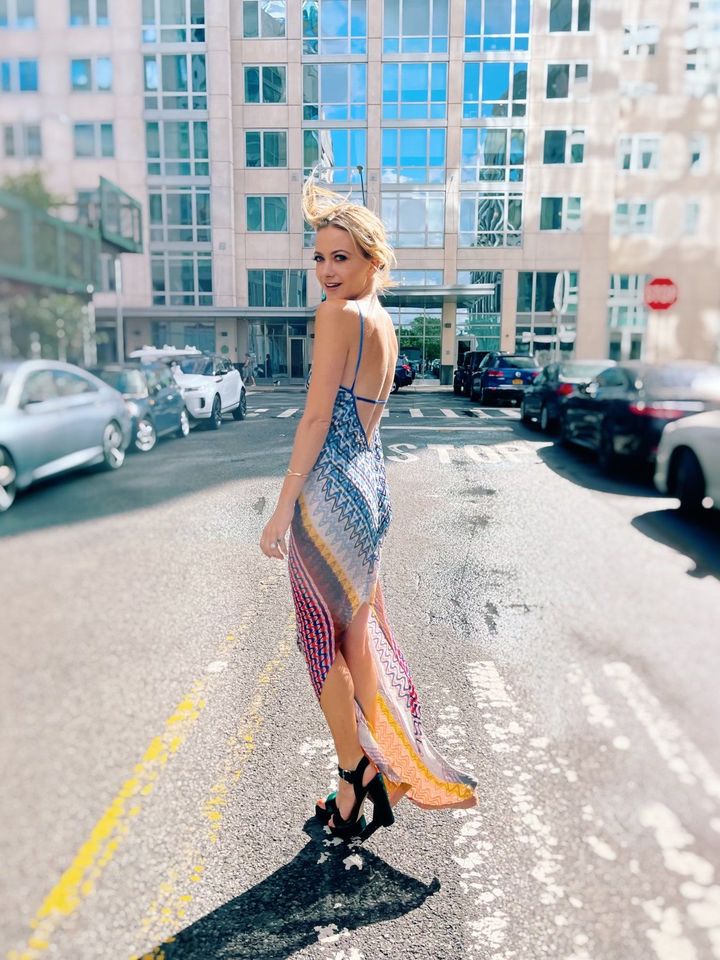 WHO: Meredith Hagner
WHAT: Missoni
WHERE: Vacation Friends VIP Pool Party
WHEN: August 23 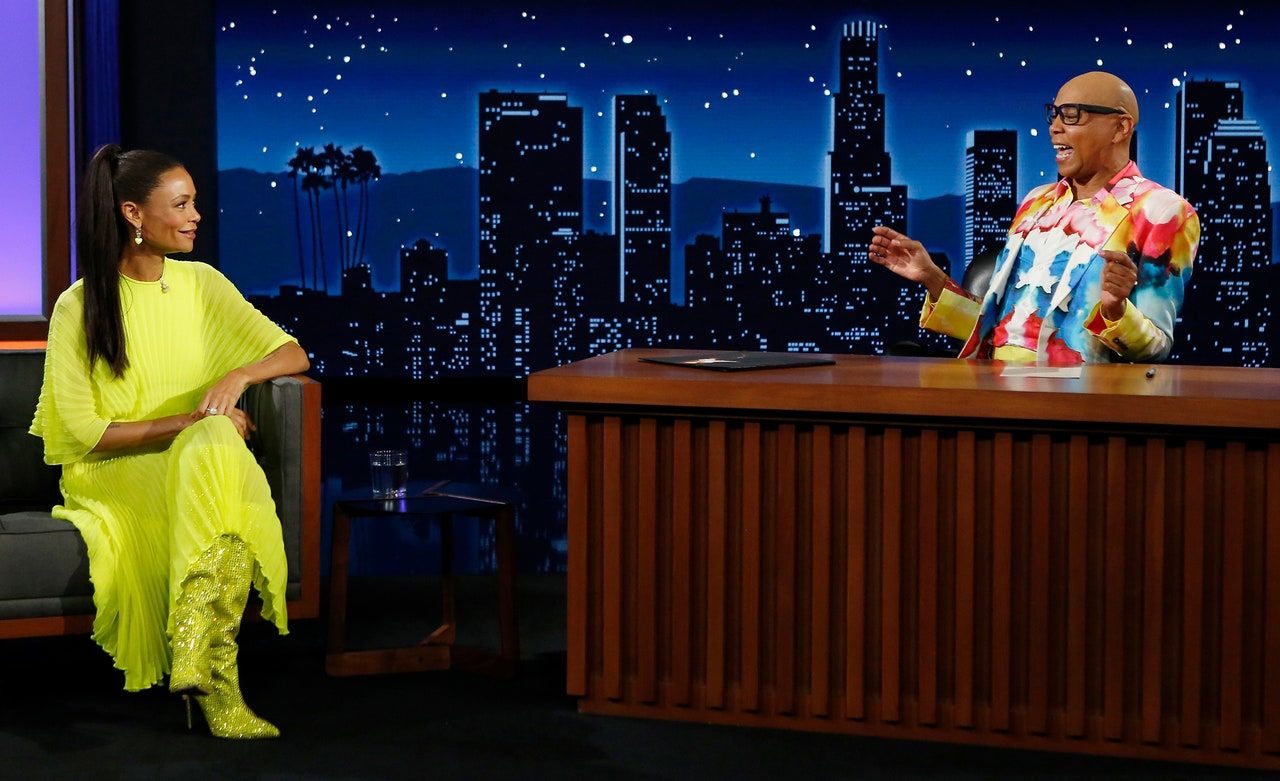 WHO: Thandiwe Newton
WHAT: Brandon Maxwell
WHERE: Late Night with Jimmy Kimmel
WHEN: August 26 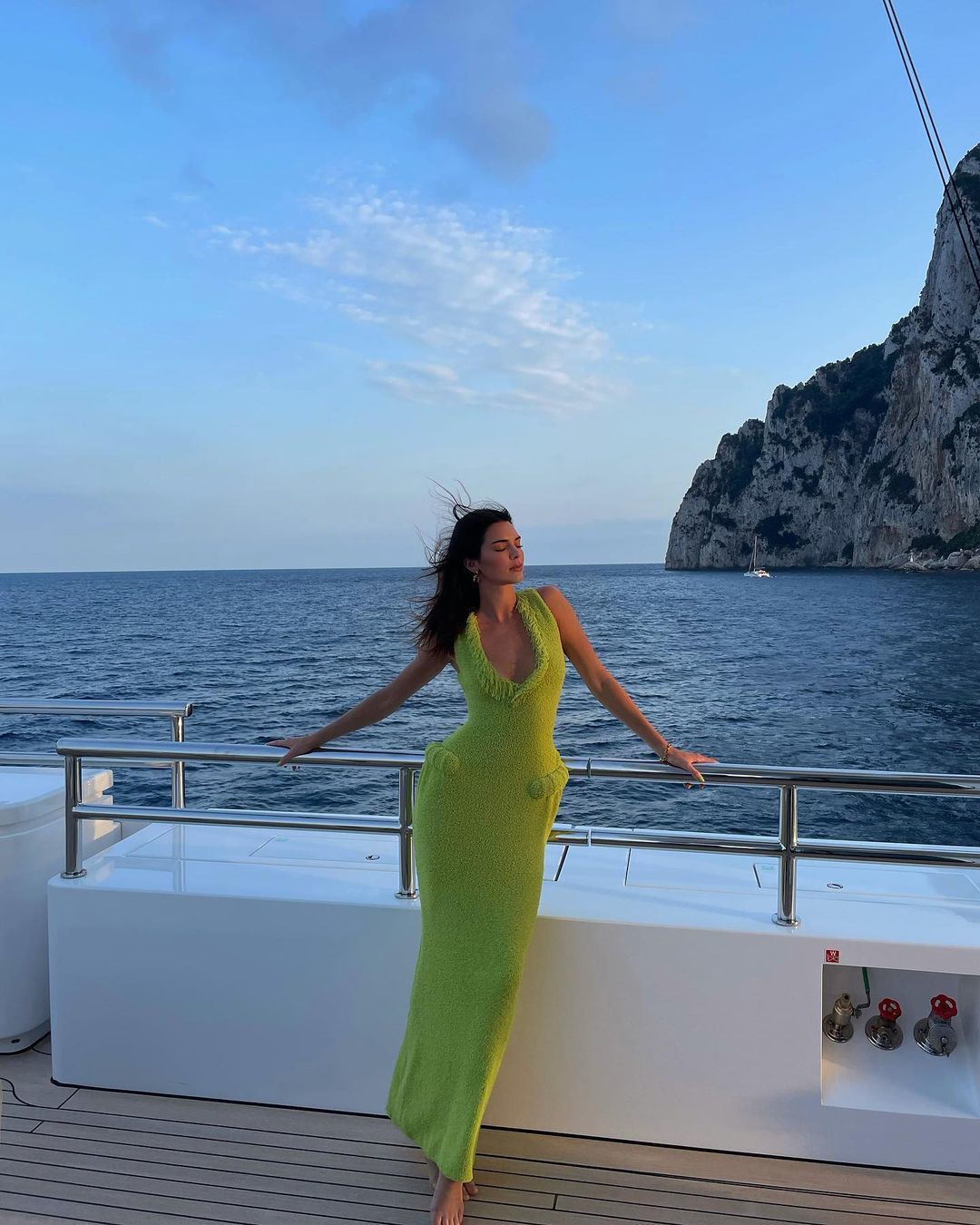 WHO: Kendall Jenner
WHAT: Bottega Veneta
WHERE: Instagram
WHEN: August 25 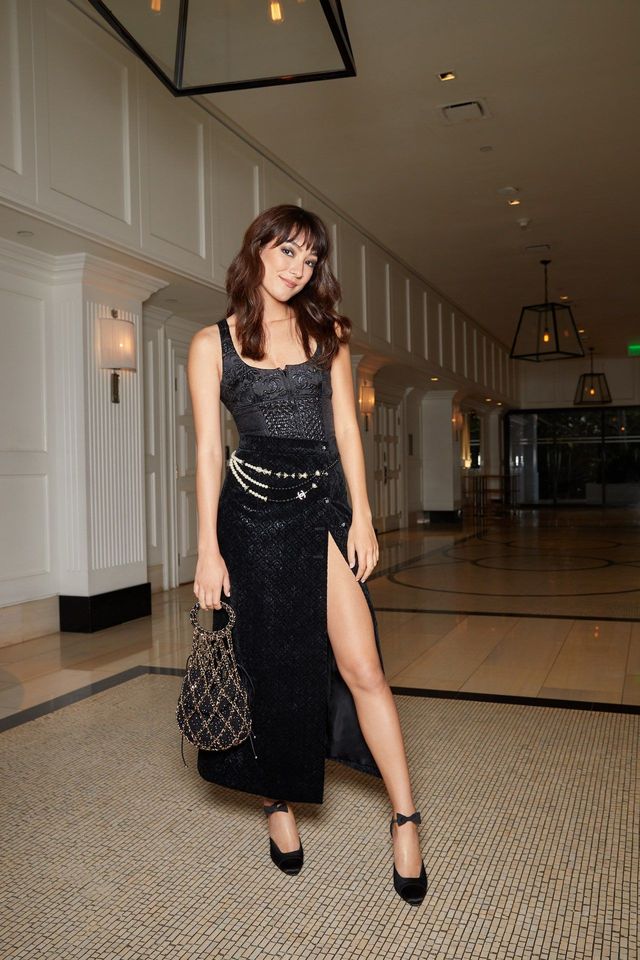 WHO: Natasha Liu Bordizzo
WHAT: Chanel
WHERE: The Voyeurs Premiere
WHEN: August 25 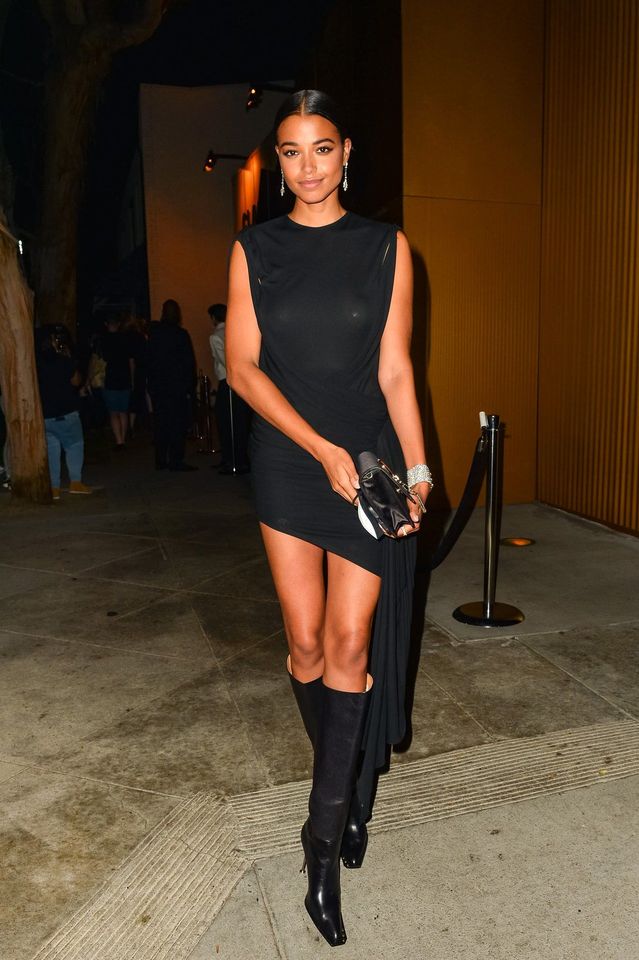 WHO: Ella Balinska
WHAT: Mugler
WHERE: Cartier Clash Un[Limited] Launch Event
WHEN: August 24 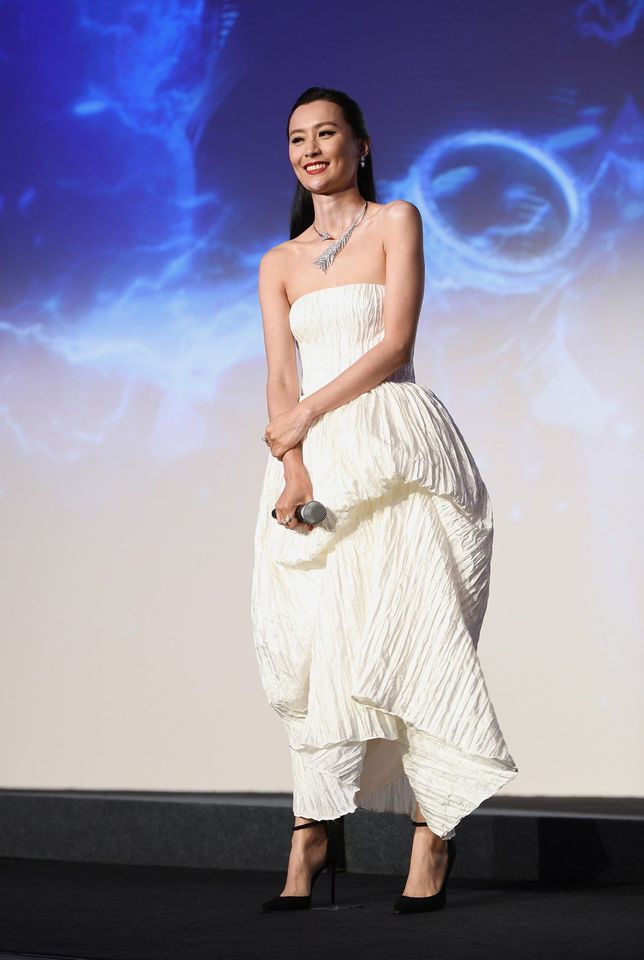 WHO: Fala Chen
WHAT: LBV
WHERE: Shang-Chi and the
WHEN: August 26