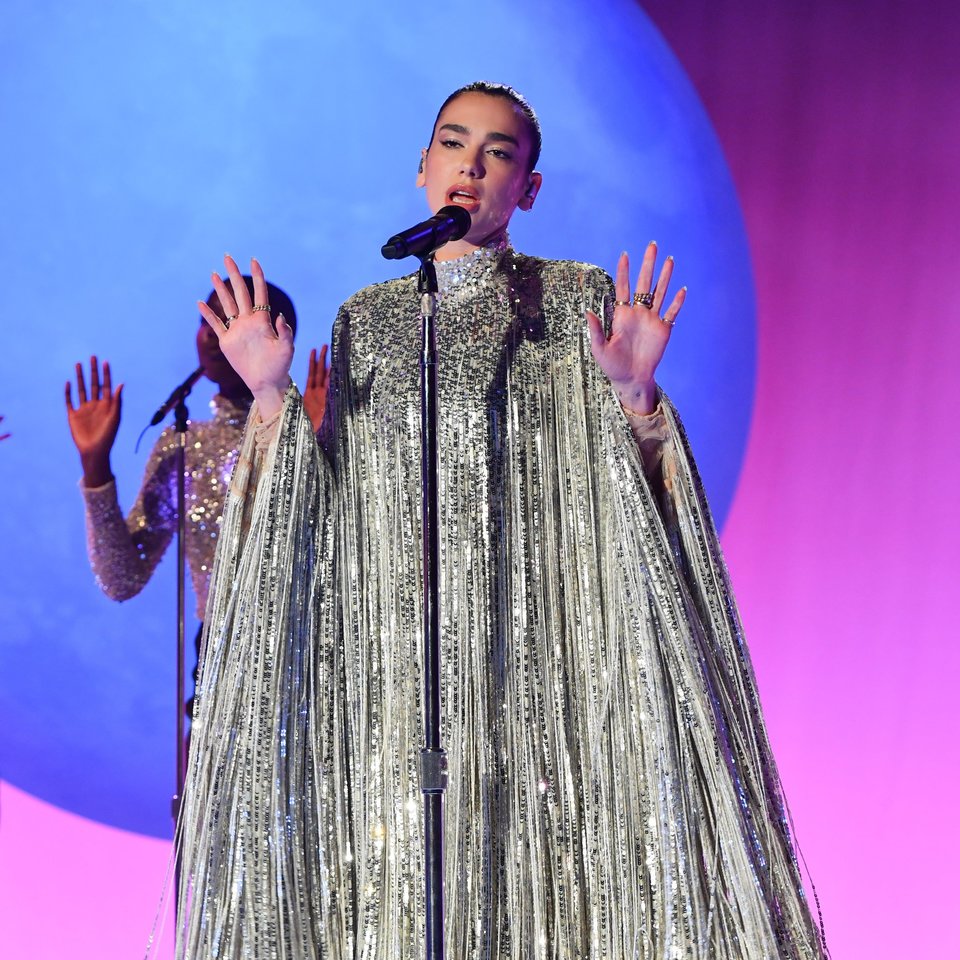 This Week, The Best Dressed Stars Chose Fashion with Personality

The success or failure of any outfit comes down to whether or not it suits the wearer. Even the most beautifully made clothing won’t seem exceptional if it doesn’t align with the personality of the person who puts it on. That fact appeared to be on the minds of the week’s best-dressed celebrities, all of whom chose looks that reflect who they are.

Whether they went minimal or maximal, sexy or severe, they found ways to express the charms that made them famous in the first place. The variety made for an electric assortment with haute couture (Gwei Lun-mei was dazzling in Chanel at the Golden Horse awards), lively dresses handpicked by Donatella (Precious Lee in Versace stripes fresh from the spring/summer runway at Vogue’s Forces of Fashion conference) and dominatrix-worthy separates (Hailey Bieber enjoying latex Saint Laurent on the streets of LA) all in the mix. 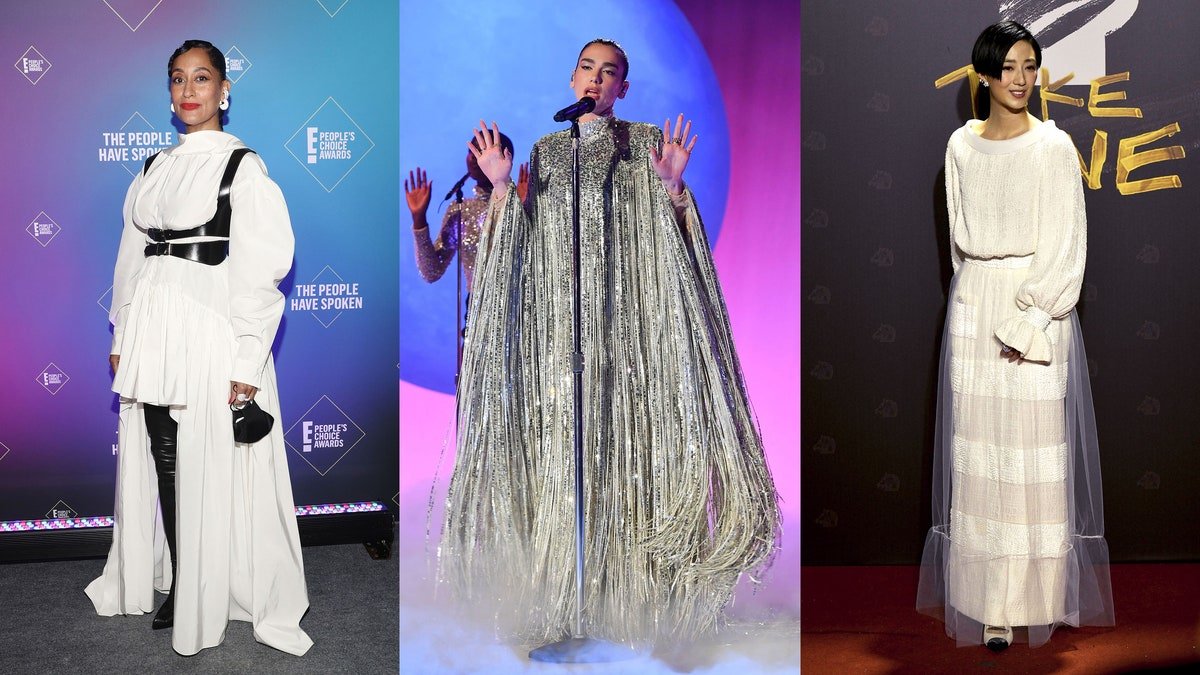 On the streets of Manhattan, Kendall Jenner asserted her individuality in minimalist all-back from The Row. Her wide-legged corduroy pants and matching button-down, designed by Mary-Kate and Ashley Olsen, were discreet, elegant, and the furthest thing from the ostentatious wardrobes currently favorited by reality stars past and present. Jenner’s fashion credentials have never been in question, but her willingness to adopt ’90s-era starkness sets her apart. She may have been barely a toddler when Helmut Lang and Jil Sander ruled the runways, but Jenner connects with the decade, and its less-is-more mentality.

On the opposite end of the spectrum, Tessa Thompson continued her digital press tour for Sylvie’s Love in a funkadelic Moschino look made of ombré brocade. The suit’s trippy colors, platform shoes, and ruffled shirt screamed ’60s-psychedelia-meets-Prince-style-sensuality—a neat way of summing up the irreverent side of Thompson’s persona. When it comes to fashions (and film projects), the actress has an eye for the unusual, and she pulled off Jeremy Scott’s outré clash of colors and patterns beautifully.

Thompson wasn’t the only one to embrace the appeal of a menswear-inspired ensemble. While performing in Shanghai, Chris Lee continued her love affair with Alessandro Michele’s eclecticism. Decked out in head-to-toe Gucci, Lee wore a combination of red logo-print pants, striped blouse, and neon flower-covered blazer. Those pieces could have made for an overly literal interpretation of retro style on the wrong person, but Lee, with her offbeat elegance, gave them a modern verve. Likewise, when comedy queen Alison Brie paid a visit to The Late Late Show, she did so in Erdem Moralıoğlu’s fall/winter 2020 silver suiting. A garden’s worth of floral embroidery combined with a gleaming metallic fabrication, it was the only outfit that could shine as bright as Brie’s bubbly personality. 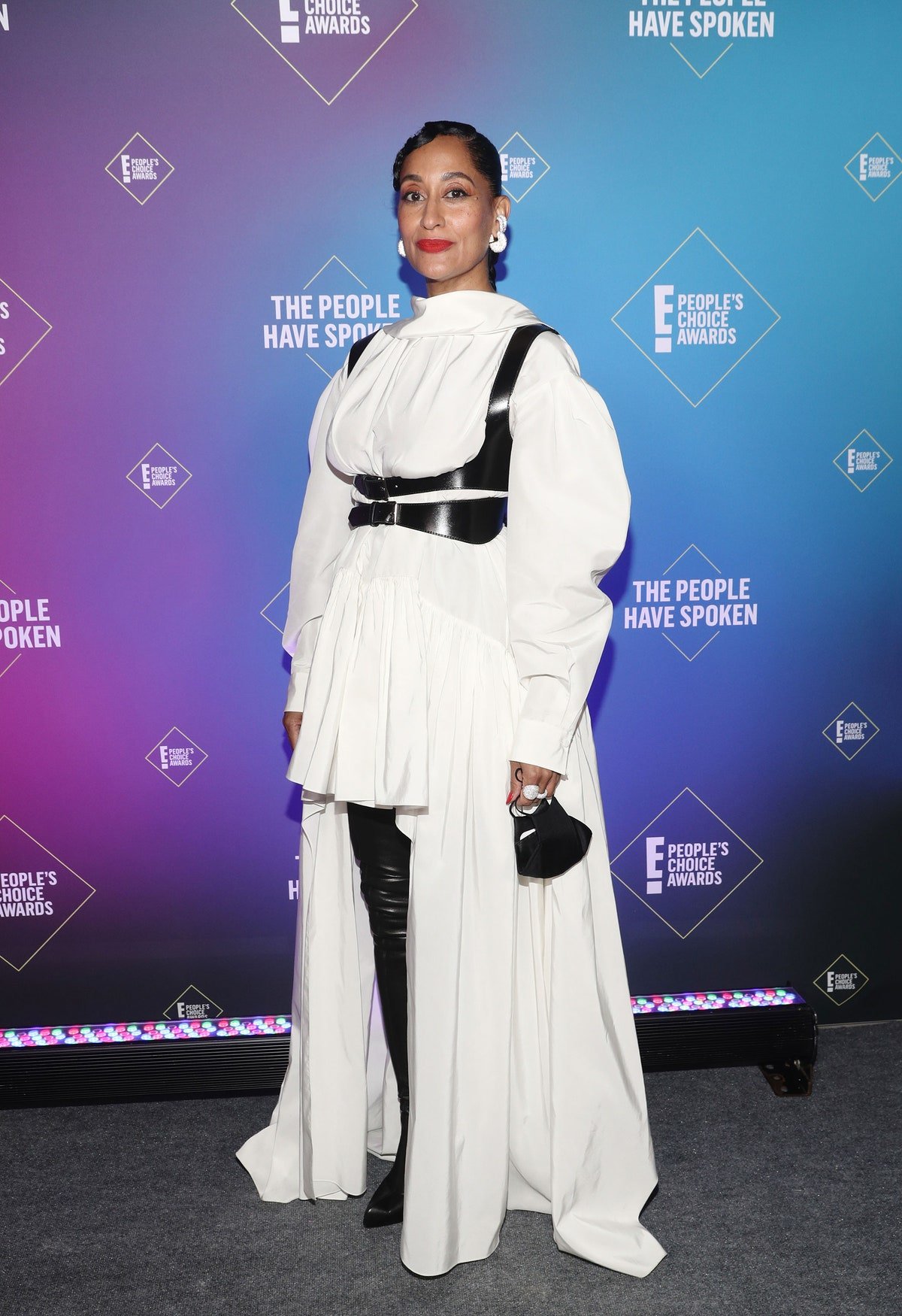 WHERE: The 2020 People’s Choice Awards 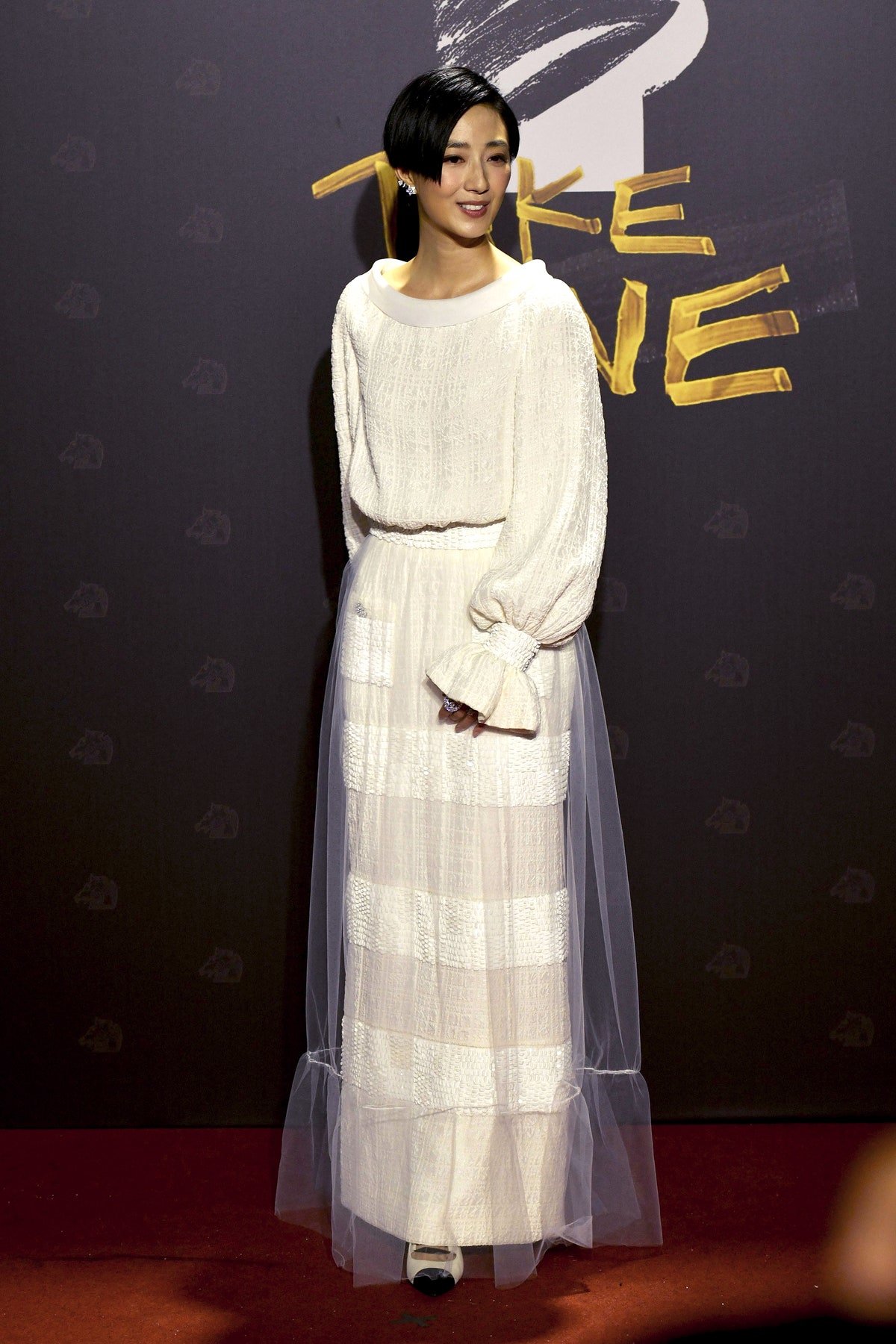 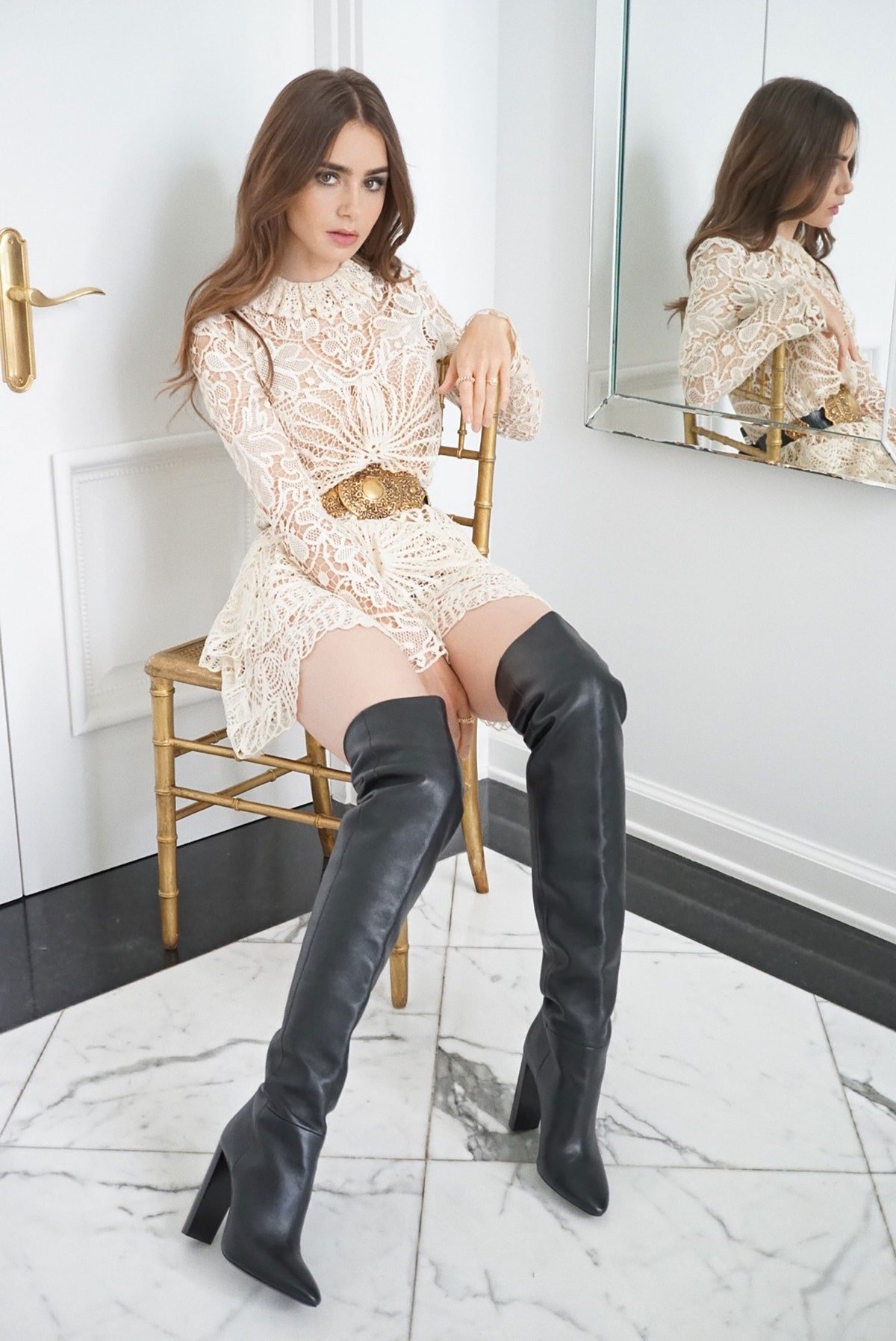 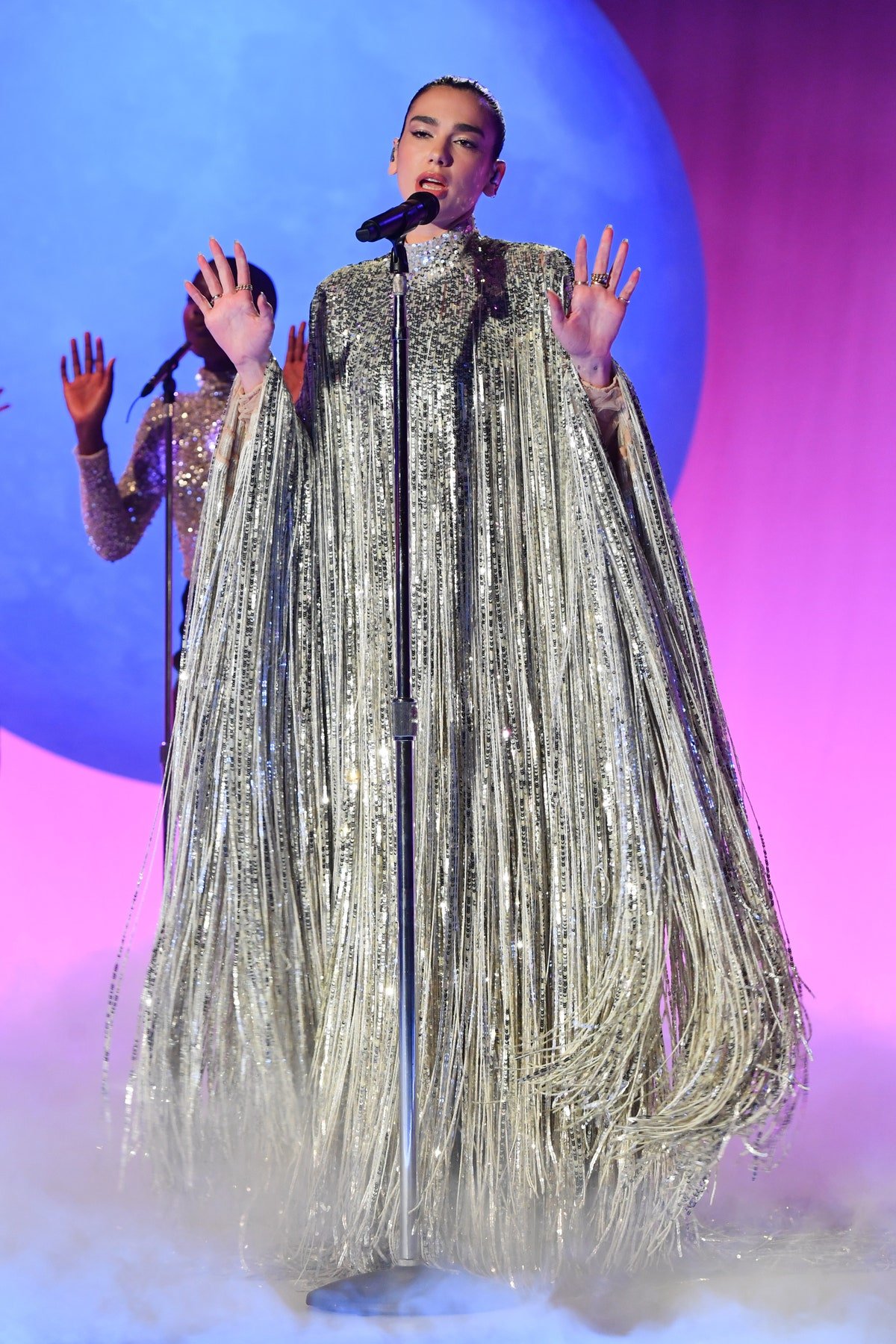 WHERE: The Graham Norton Show 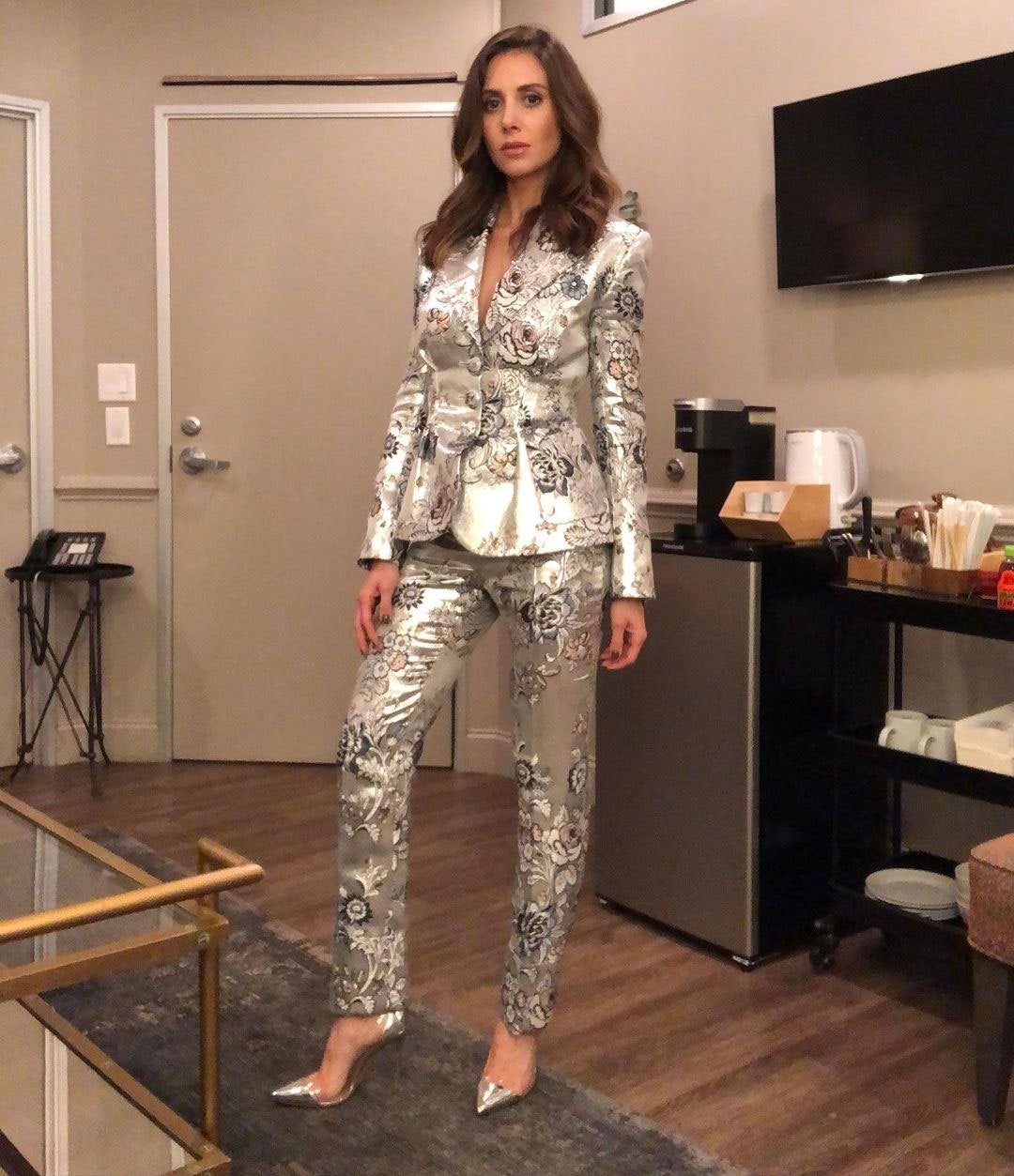 WHAT: The Late Late Show with James Corden 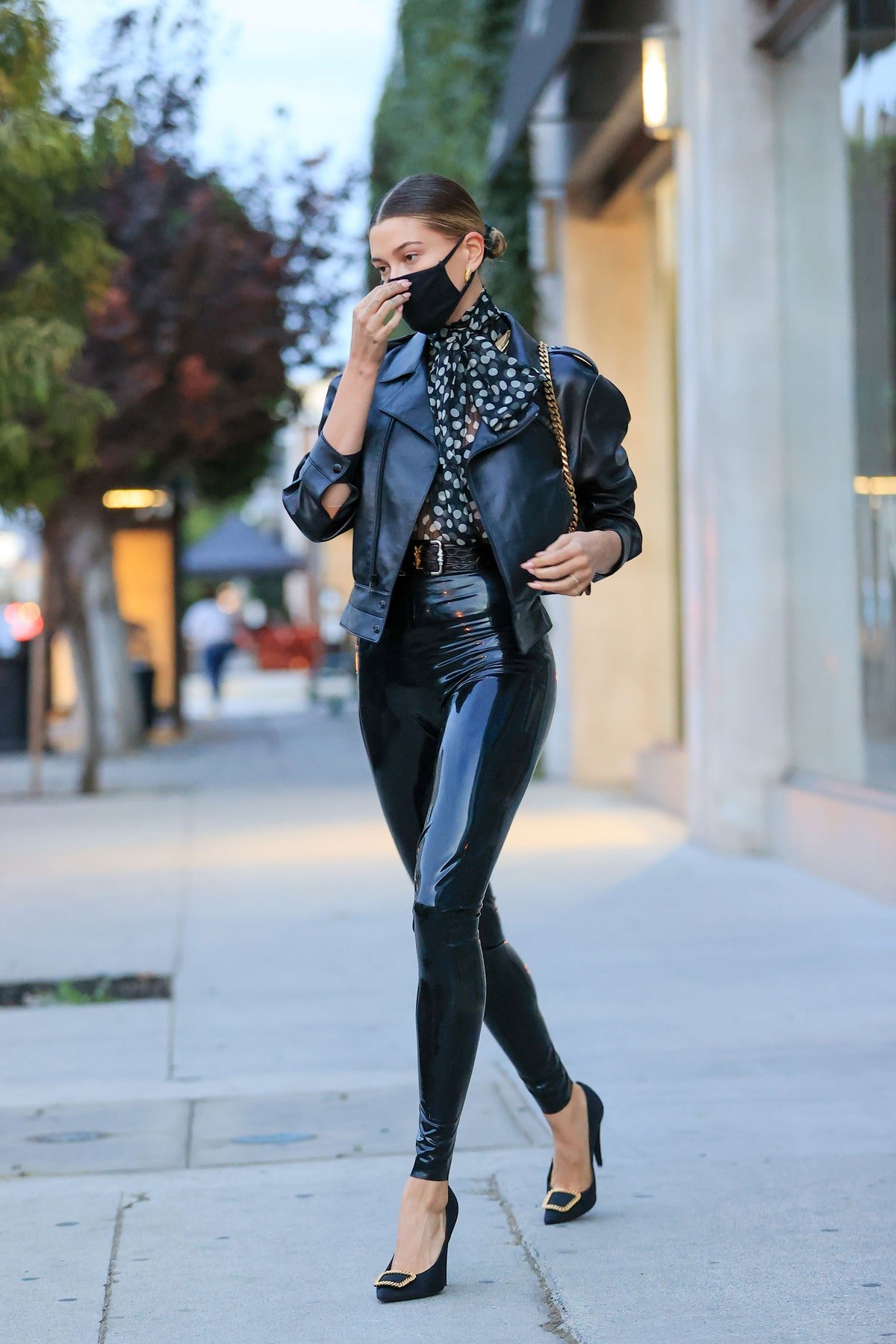 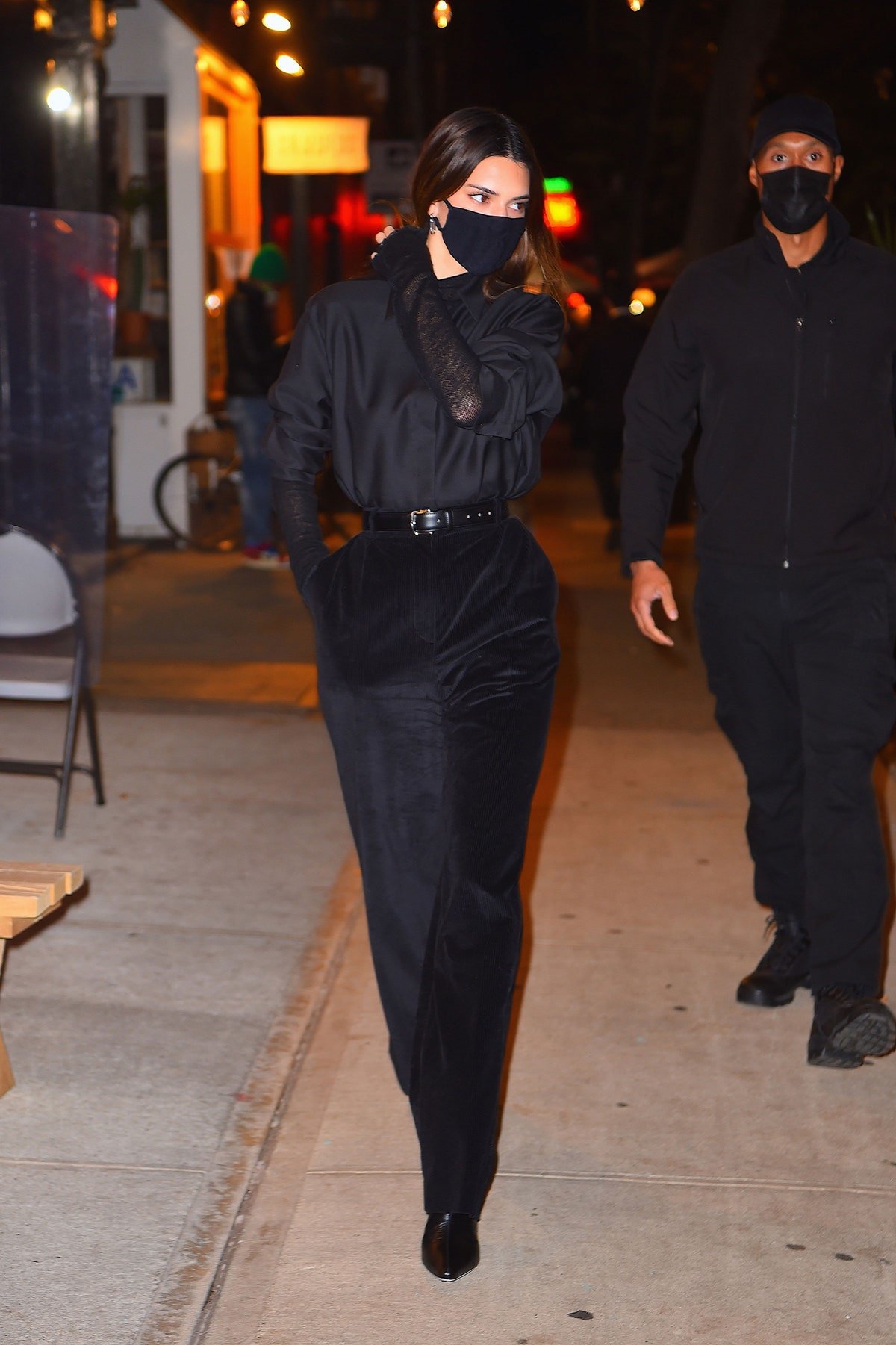 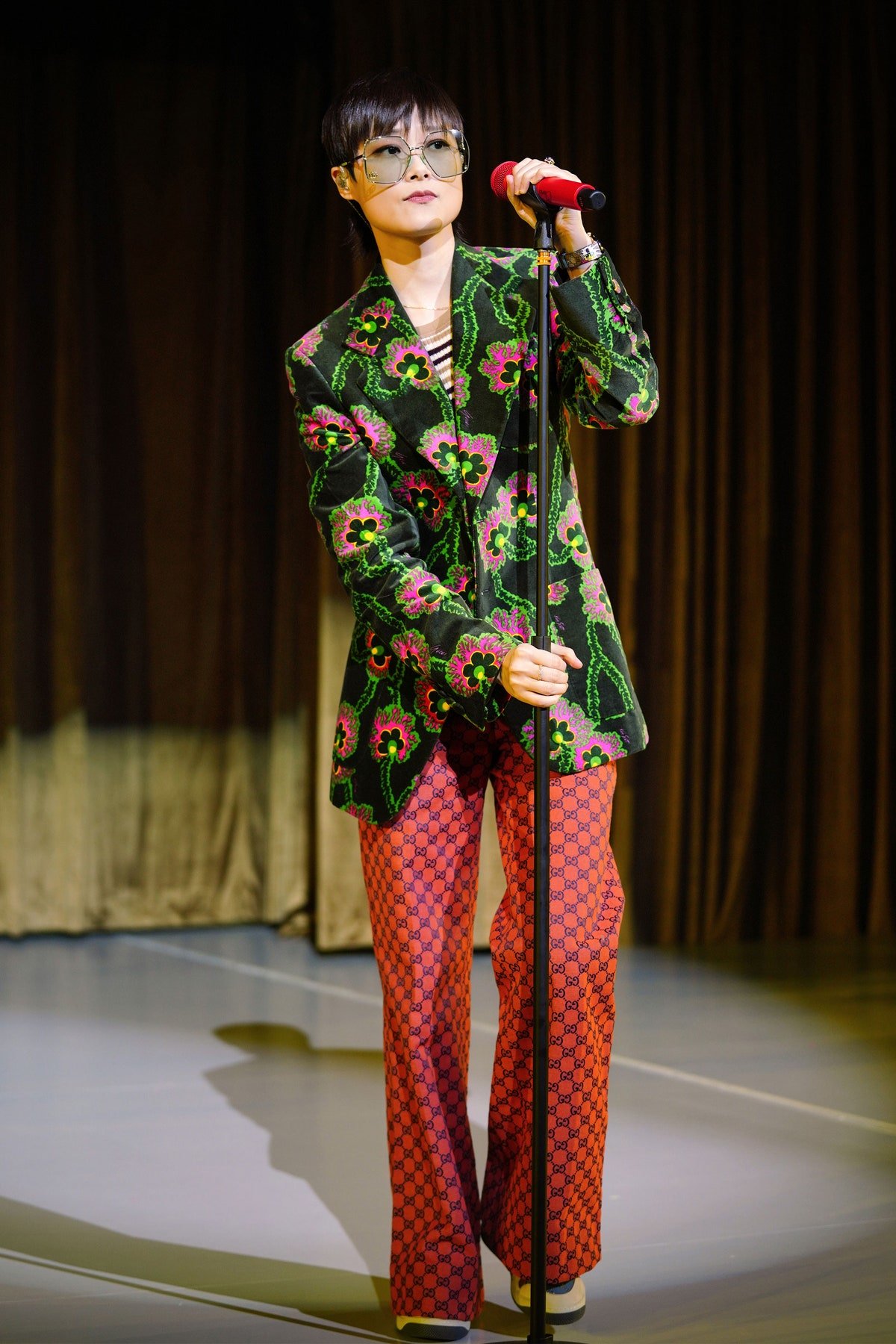 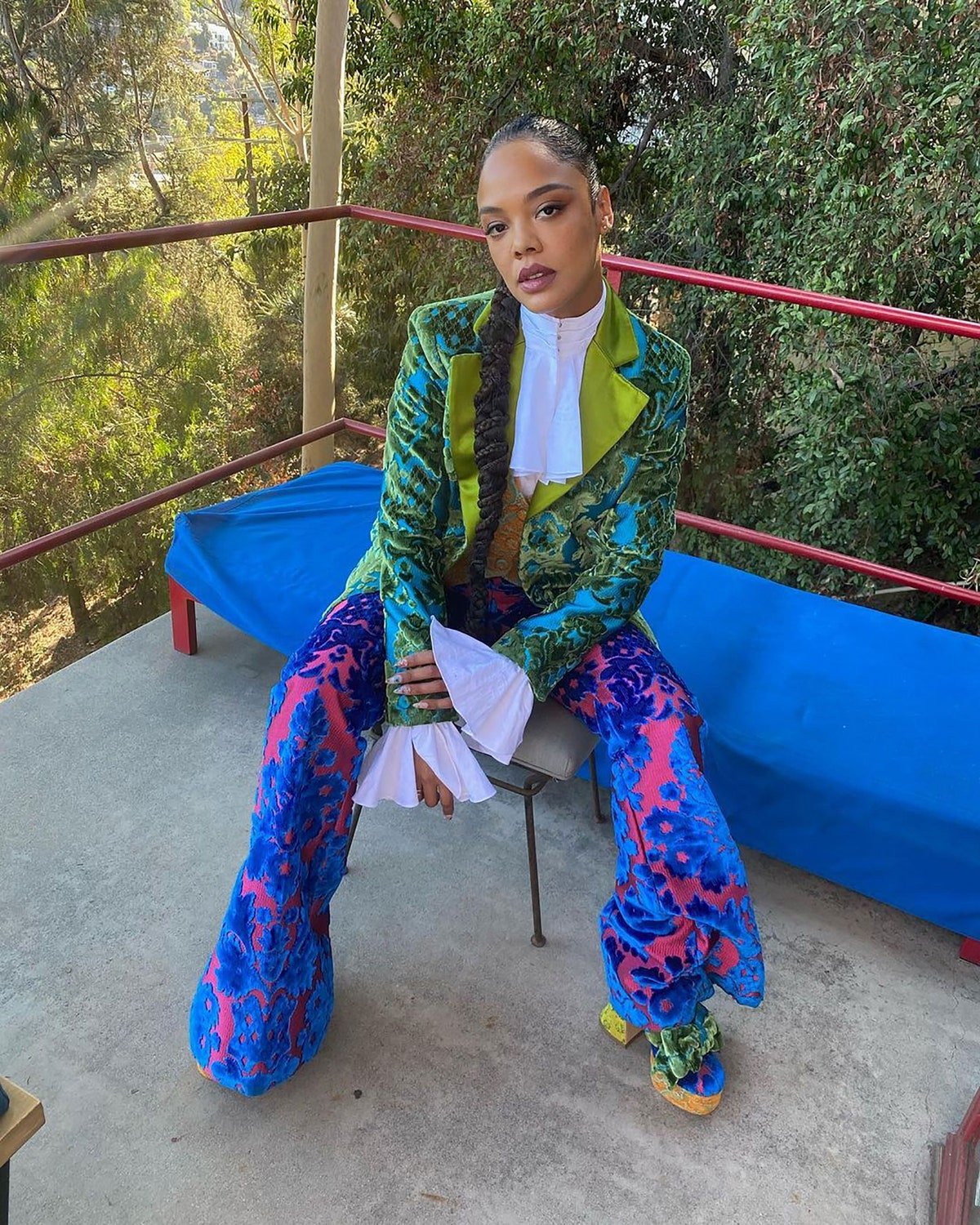 WHERE: Vogue Forces of Fashion Conference