This Week, The Best Dressed Stars Embraced the Fun of Fashion

Great fashion can be elegant and artistic, but sometimes it’s simply fun. Many of the best runway looks are imbued with a lighthearted sensibility that makes them a joy to wear, and this week, celebrities sought those out.

At the Sundance Film Festival, Tessa Thompson brought an air of eclecticism to Passing’s virtual premiere in head-to-toe Gucci. Her groovy floral skirt from the brand’s Resort 2021 lookbook, cream jacket, and dangling gold double-G belt was an alluring throwback that highlighted the actress’s ability to make even the most retro-inspired outfits feel modern.

Elsewhere, summer-y motifs provide an unexpected jolt of excitement. Currently enjoying a break back home in Barbados, Rihanna updated her Instagram to show that even her holidays are exceedingly stylish. In a brightly colored tie-dye slip dress from Dannijo, bucket hat, and piles of jade jewelry, she gave us a taste of tropical glamour in the dead of winter. It was Rihanna at her most daring: a look that managed to be ideal for poolside lounging and unapologetically extravagant.

Chloe Bailey found ways to embrace a retro theme and a beachy one, all from the comfort of her backyard. The singer’s starfish- and coral-covered Versace Spring-Summer 2021 look was a homage to Gianni Versace’s classic ‘trésor de la Mer’ collection from Spring 1992. Turquoise with gold accents and a waist-accentuating bodice, the gown delivered on the Versace tenets of sex appeal and feminine power. Were traditional red carpets feasible, it’s likely that Bailey would have broken the internet with an appearance in the sultry Donatella design, but for the moment, she’s raising the bar for style online.

Thompson, Bailey, and Rihanna all had a great time with style, but the week’s most playful fashion moment came courtesy of Priyanka Chopra Jonas. While on her press tour for Ramin Bahrani’s celebrated film, The White Tiger, Chopra found inspiration in the story’s idea of a white tiger, an individual whose achievements are so exceptional there can only be one per generation. Chopra wore feline stripes from St. John’s Knits’ first capsule by the brand’s new creative director, Zoe Turner, to hammer the message home. Chopra’s dress was as chic as one would expect, but the matching ensemble worn by her pooch, Diana, pushed the cuteness factor to the limit. 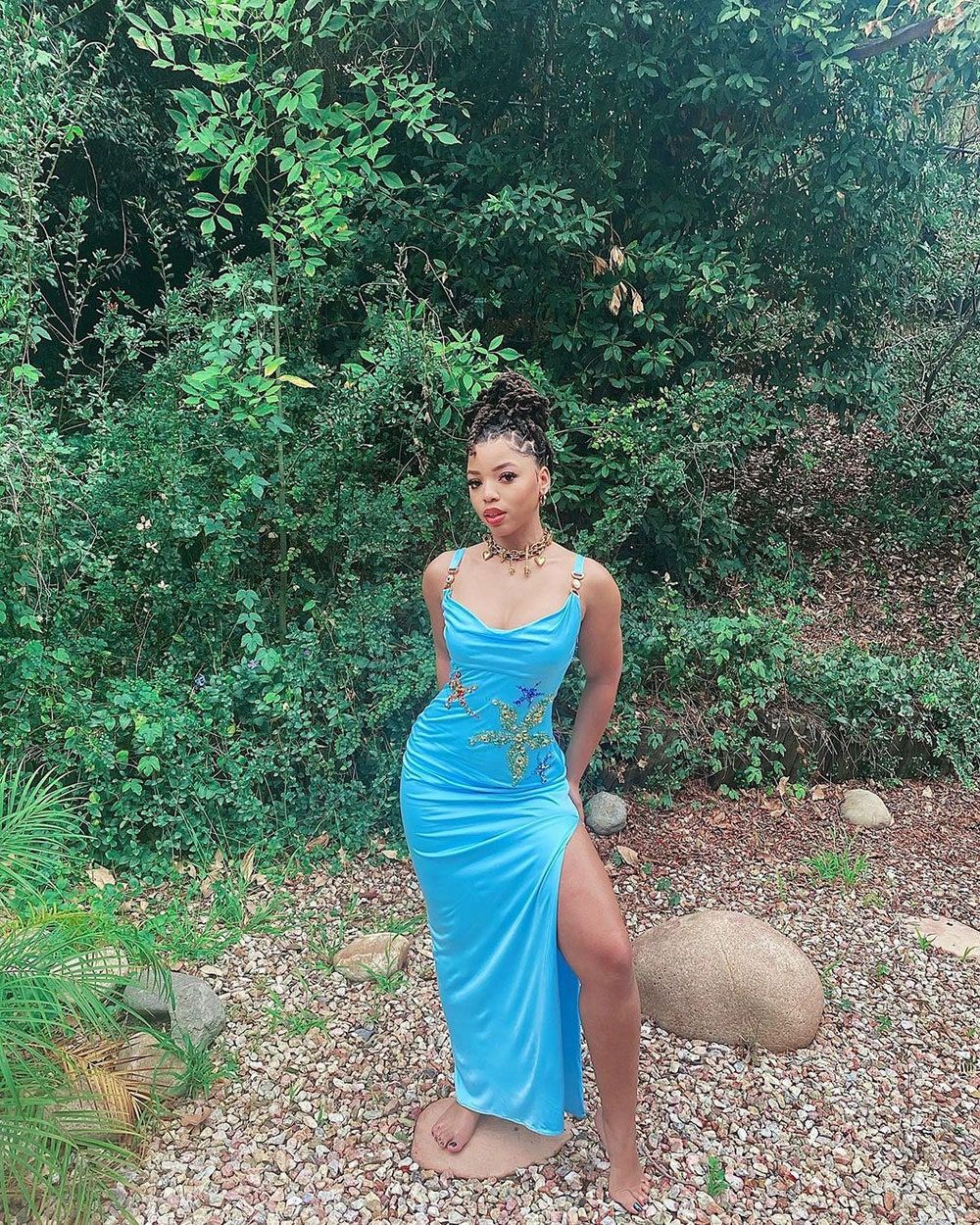 WHO: Chloe Bailey
WHAT: Versace
WHERE: Instagram
WHEN: February 2 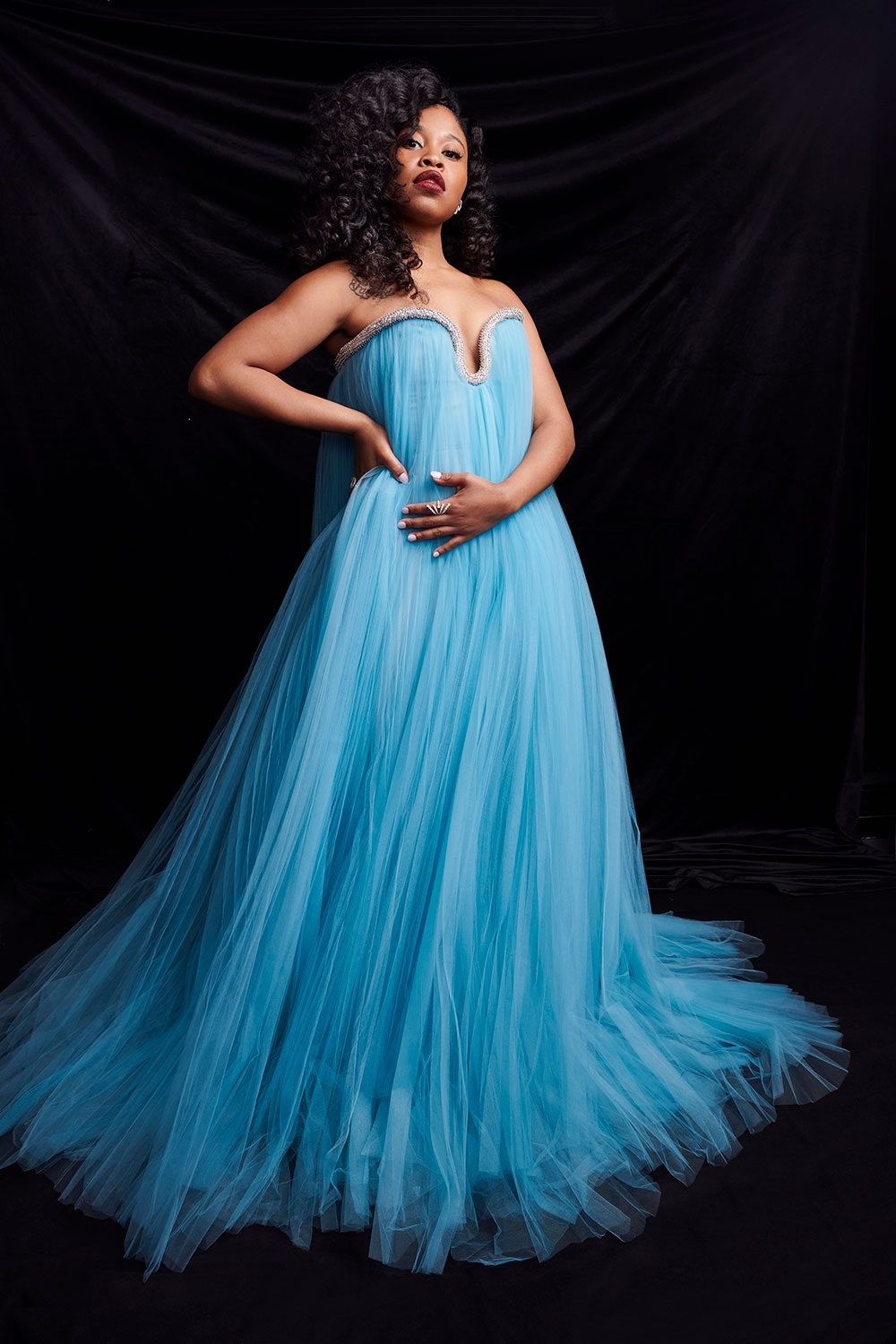 WHO: Dominique Fishback
WHAT: Prabal Gurung dress,
WHERE: Judas and the Black Messiah Premiere
WHEN: February 1 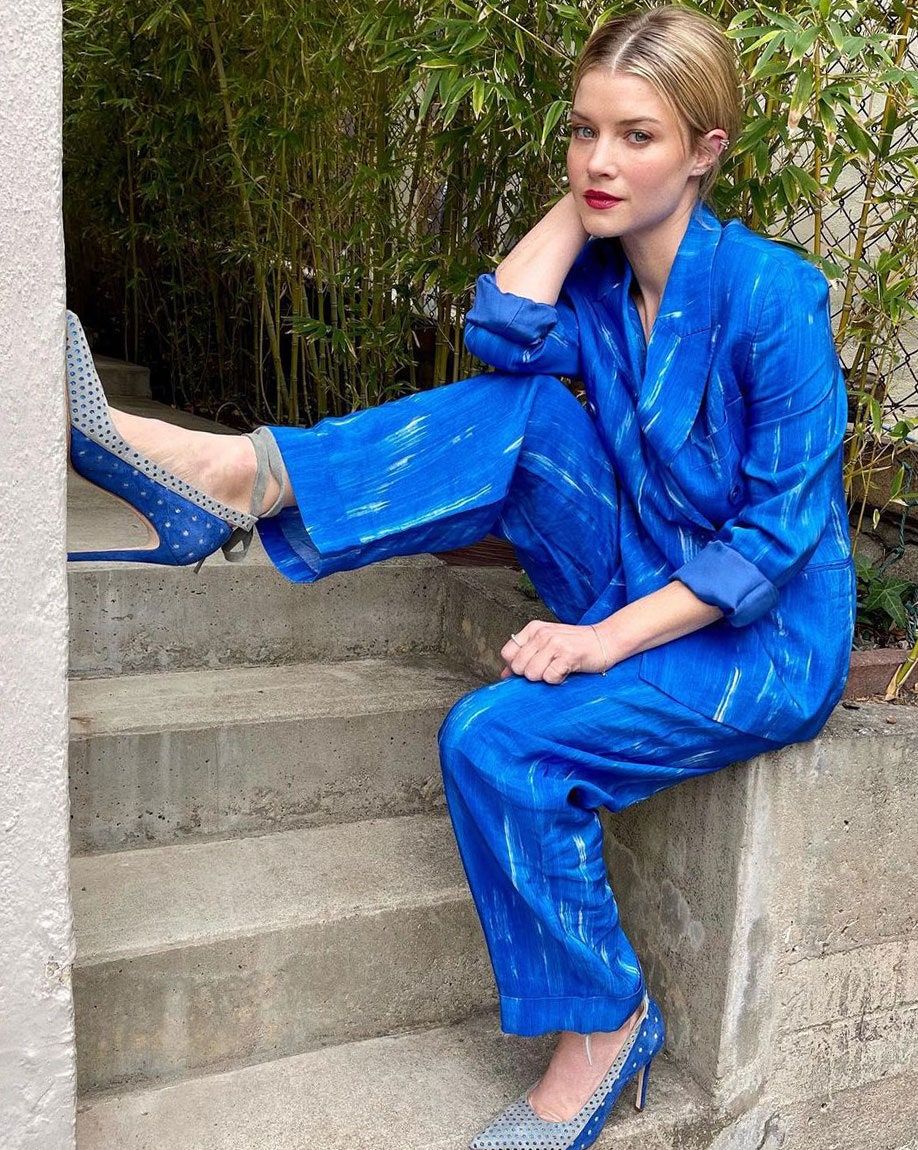 WHO: Sarah Jones
WHAT: Christian Wijnants
WHERE: For All Mankind press days
WHEN: February 2 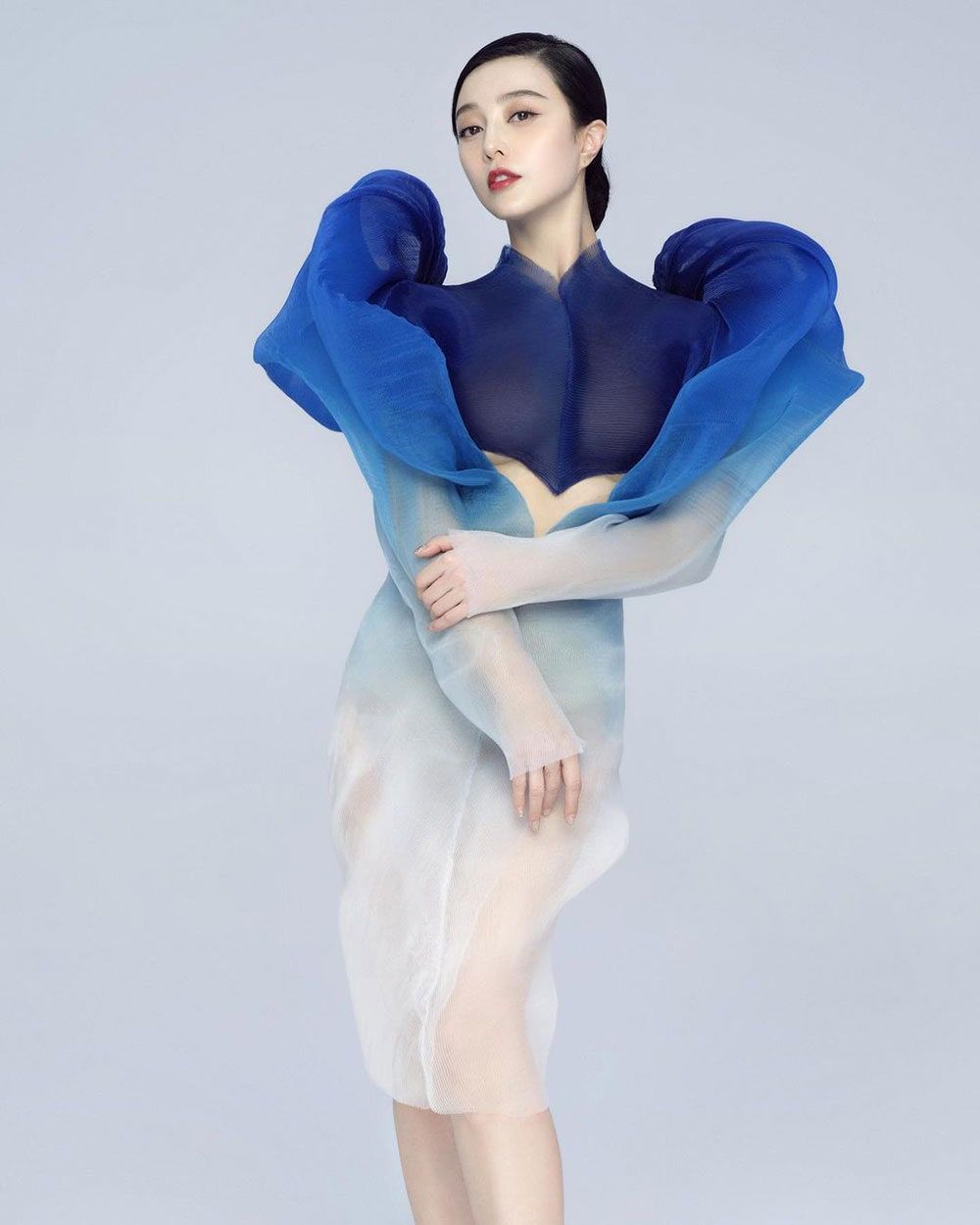 WHO: Fan Bing Bing
WHAT: Iris van Herpen
WHERE: Instagram
WHEN: January 31 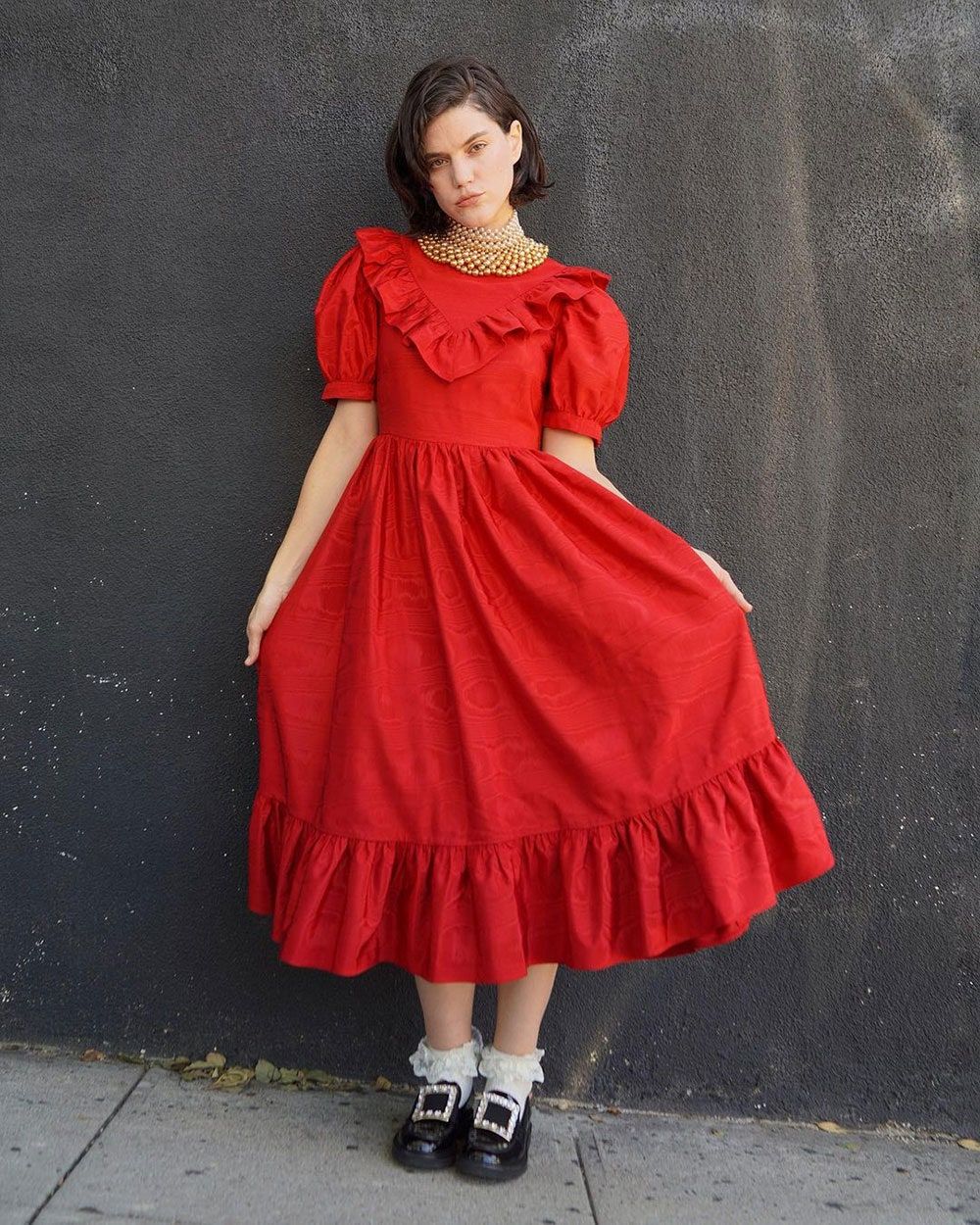 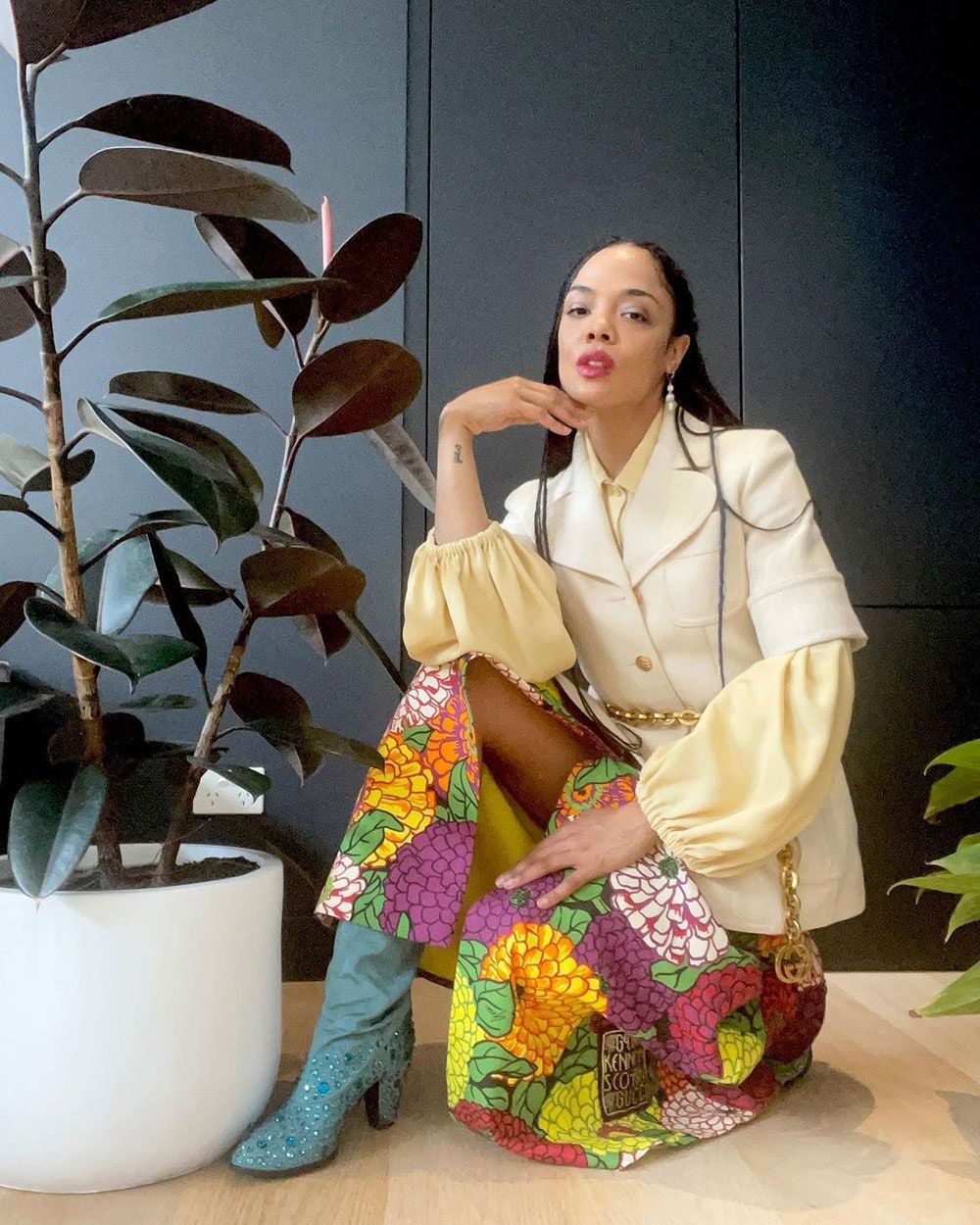 WHO: Tessa Thompson
WHAT: Gucci
WHERE: The Sundance Film Festival Premiere of Passing
WHEN: February 1 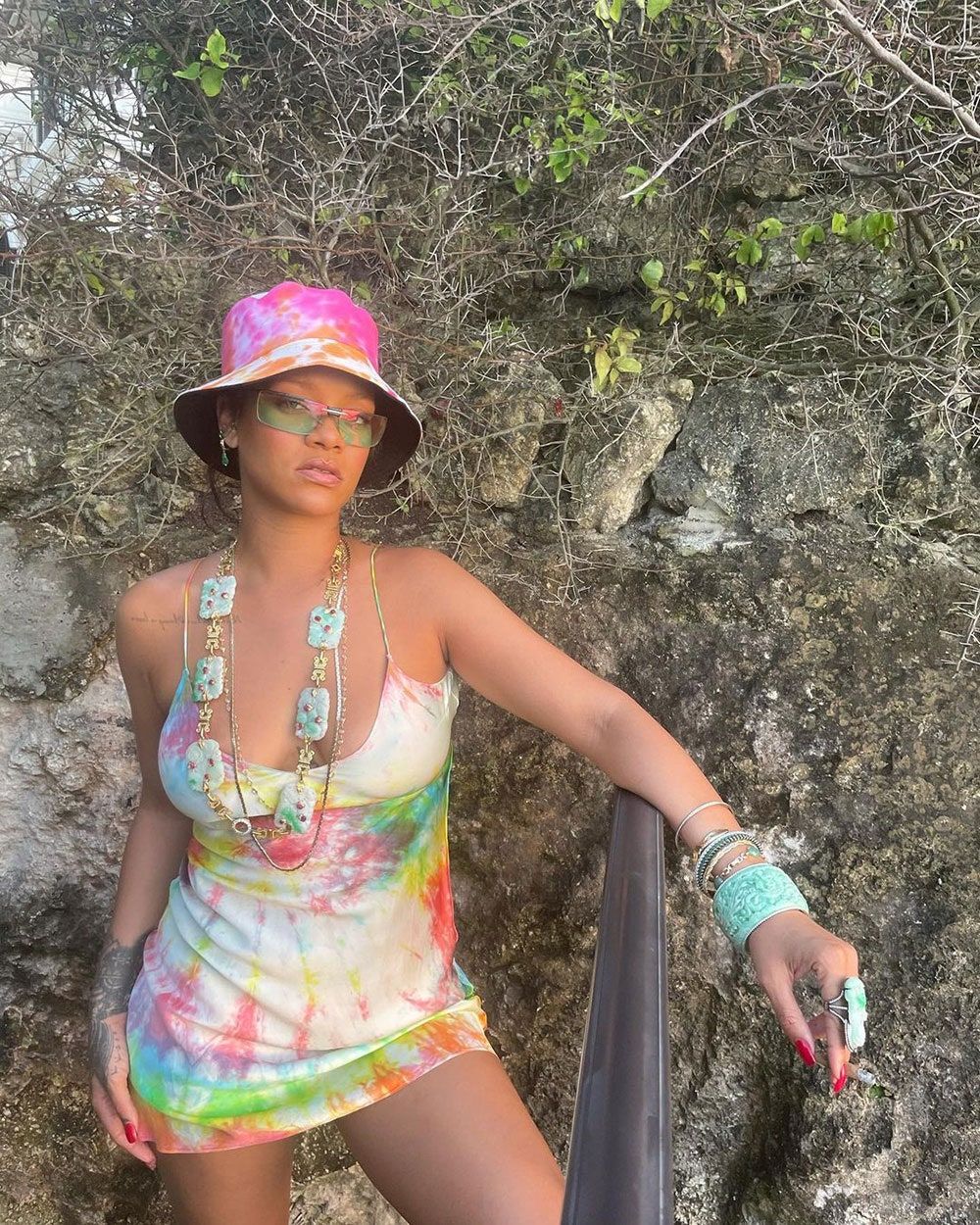 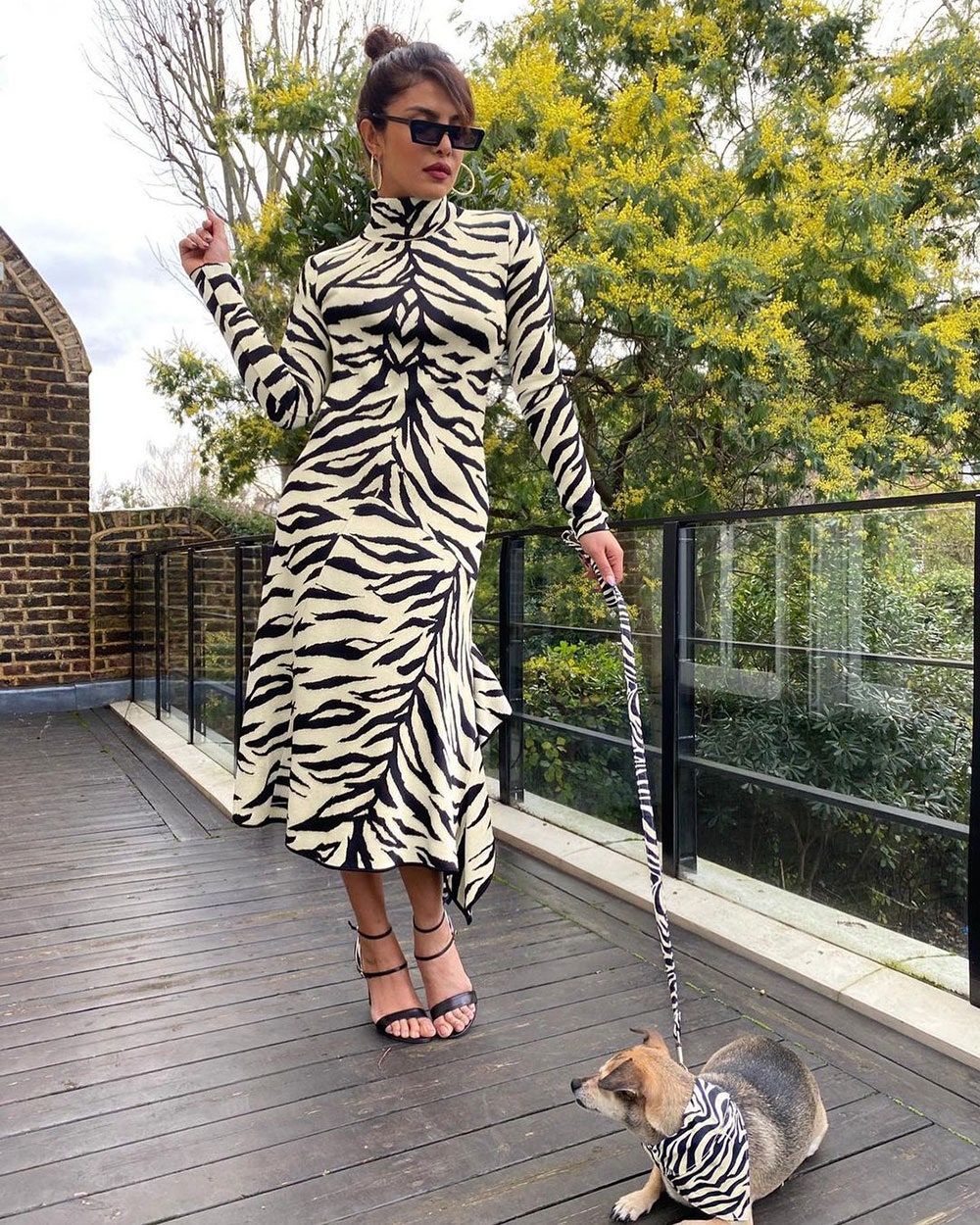 WHO: Priyanka Chopra Jonas
WHAT: St. John
WHERE: The White Tiger press day
WHEN: February 1 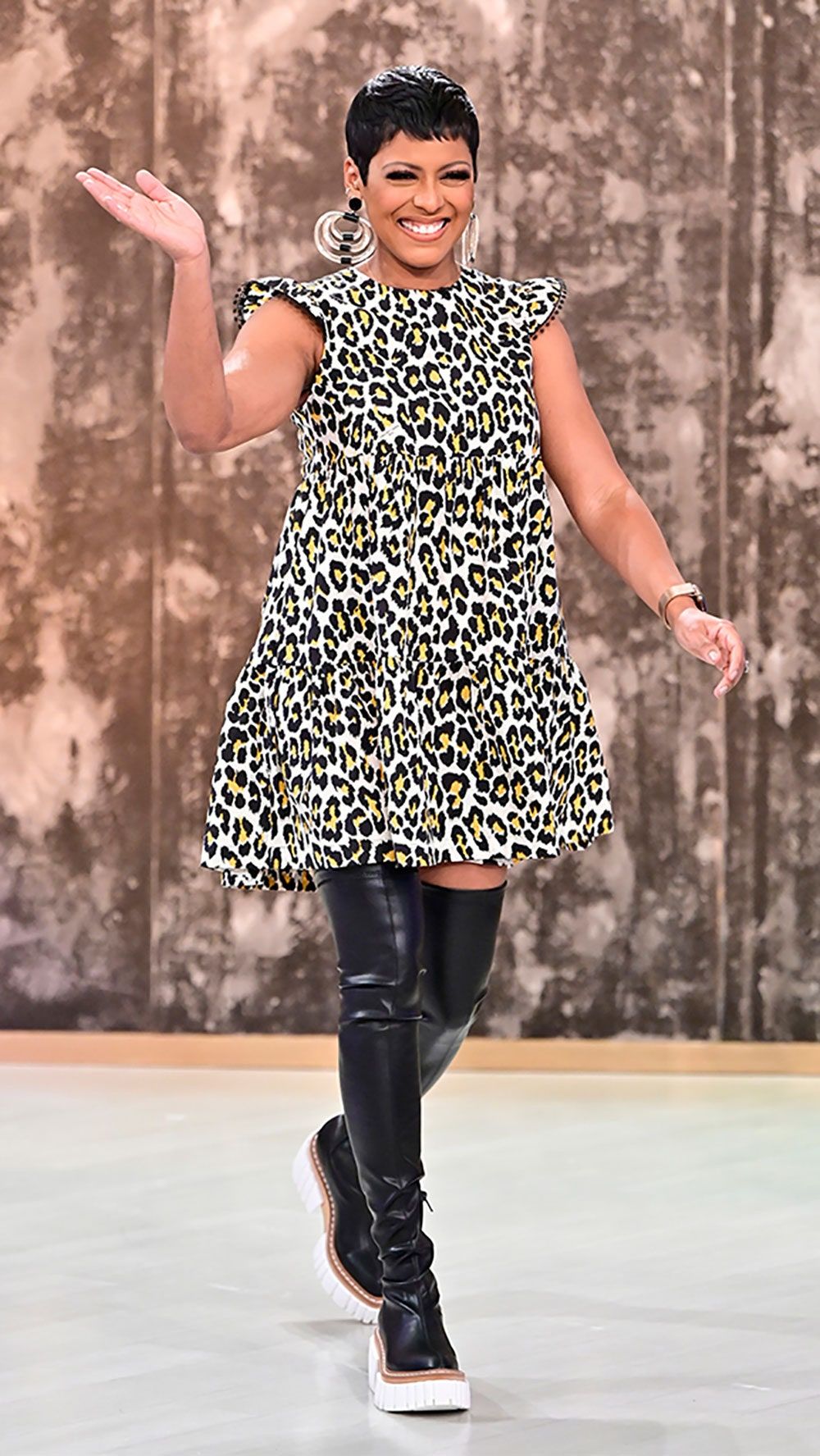 WHO: Phoebe Bridgers
WHAT: Gucci
WHERE: Saturday Night Live
WHEN: February 6