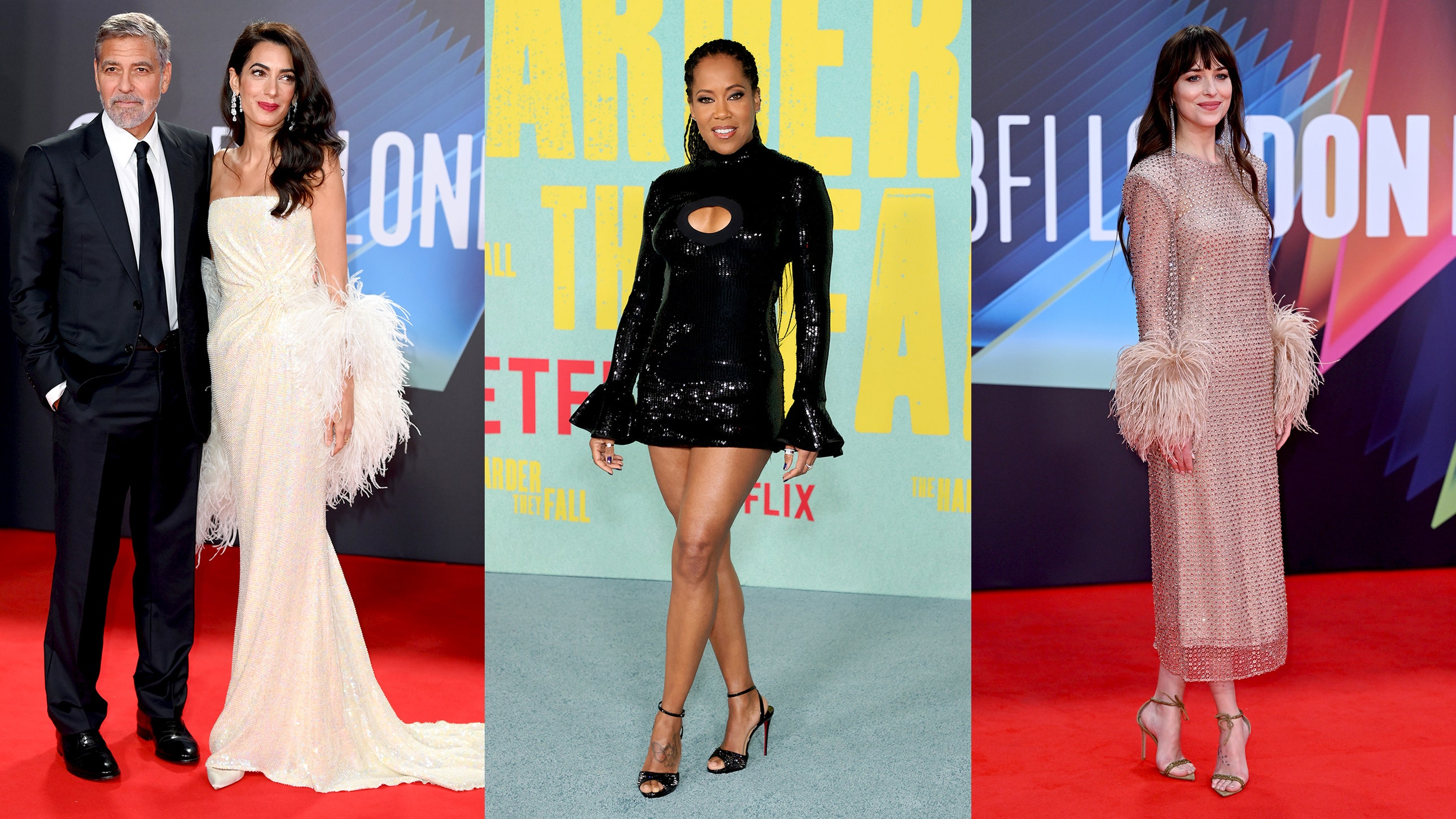 This Week, the Best Dressed Stars Found Their Inner Showgirl

Halloween hasn’t rolled around yet, but already stars have brought out the sequins, marabou feathers, and sparkling mini-dresses.

Halloween hasn’t rolled around yet, but stars have already brought out sequins, marabou feathers, and sparkling mini-dresses to create a festive mood. That upbeat sensibility has manifested both online, where stars have used their social media to create mini editorials for fans, and out in the real world at events, like the 65th BFI London Film Festival.

In the past few days, Beyoncé’s uploaded a week’s worth of designer gear from the likes of Alexandre Vauthier, Dolce & Gabbana, and Saint Laurent. Some of the pieces coincide with what she’s worn to screenings of The Harder They Fall, the African-American western produced by her husband, Jay-Z, while others were posted purely for her fans’ enjoyment. One such look was a feather-embellished jumpsuit from Anthony Vaccarello’s spring collection for Saint Laurent, worn with crystal-covered Louboutin heels and a coordinated belt from Alessandra Rich. Playful, sexy, and fit for a showgirl, it was the perfect outfit for pop’s reigning queen.

The allure of old-school glitz proved powerful, and feathered outfits made their way onto multiple red carpets. At the premiere of The Tender Bar, Amal Clooney dazzled in a white sequined gown from 16 Arlington and plume of white feathers. Similarly, the transparent, crystal midi dress with tonal ostrich feathers that Dakota Johnson wore to the BFI screening of The Lost Daughter seemed pulled from the closet of a vintage vamp, like Rita Hayworth or Jean Harlow.

On the streets, stars found subtler ways to shine, taking their daily paparazzi strolls to the next level. Whether it was Kendall Jenner pulling out vintage Jean Paul Gaultier separates in shades of chartreuse in Los Angeles, or Victoria Beckham mixing a navy sweater and trousers from her eponymous collection with a puffy green clutch from Bottega Veneta, color and texture came to the forefront.

At Alexander McQueen’s London spring 2022 show at Tobacco Dock, guests focused on rich hues and playful silhouettes. No one captured the spirit better than Solo. In black and white sneakers and cheery royal blue ruffled gown from Sarah Burton’s pre-fall 2021 collection, the singer-actress stole the show with wit and whimsy. 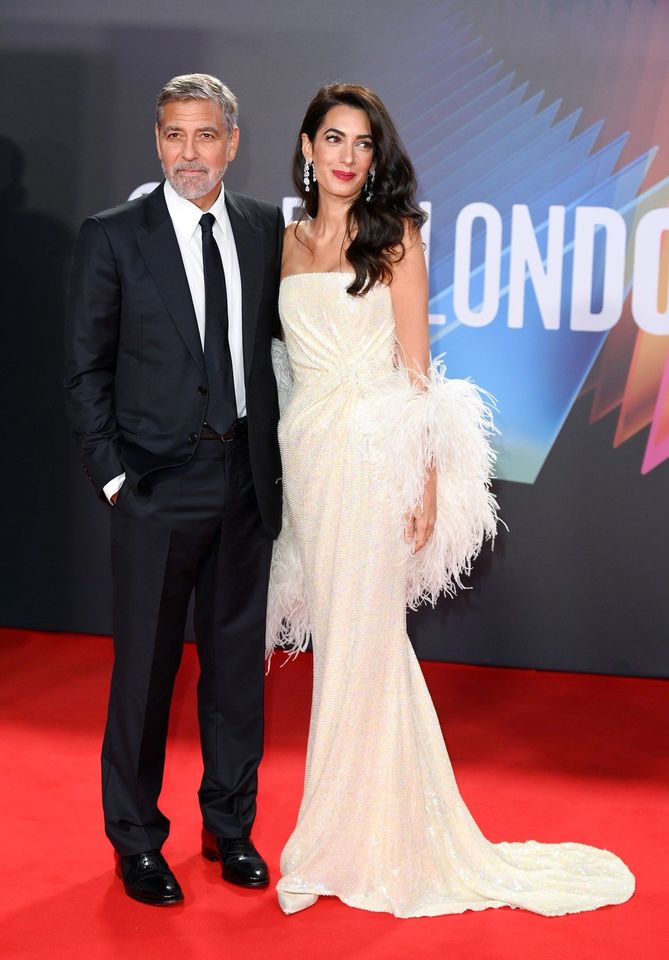 WHO: Amal Clooney
WHAT: 16Arlington
WHERE: The Tender Bar London Premiere at the 65th BFI London Film Festival
WHEN: October 10 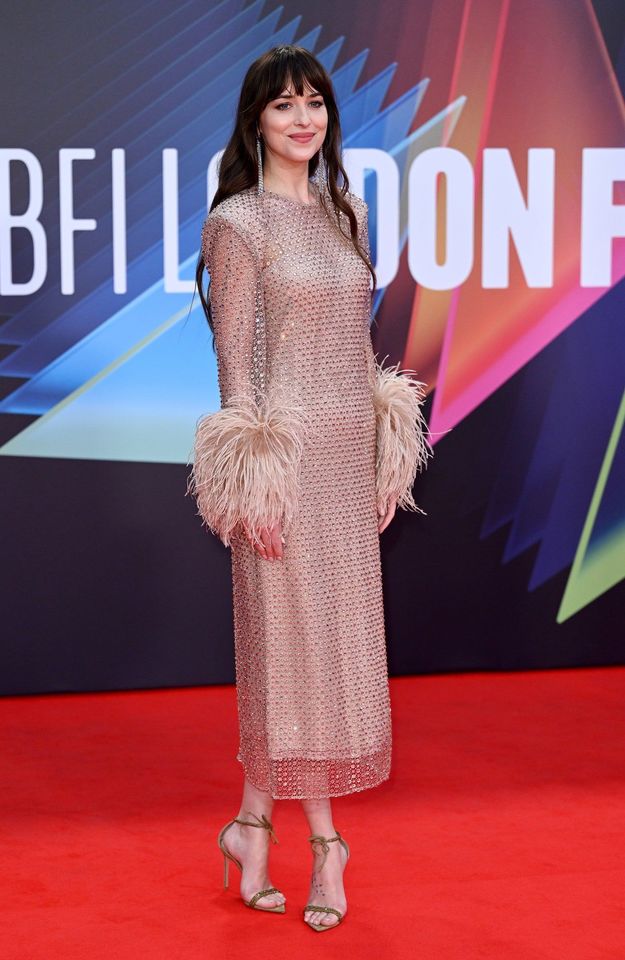 WHO: Dakota Johnson
WHAT: Gucci
WHERE: The Lost Daughter Premiere at the 65th BFI London Film Festival
WHEN: August 13 WHO: Beyoncé
WHAT: Saint Laurent
WHERE: Instagram
WHEN: October 16 WHO: Regina King
WHAT: David Koma
WHERE: The Harder They Fall Los Angeles Premiere
WHEN: October 13 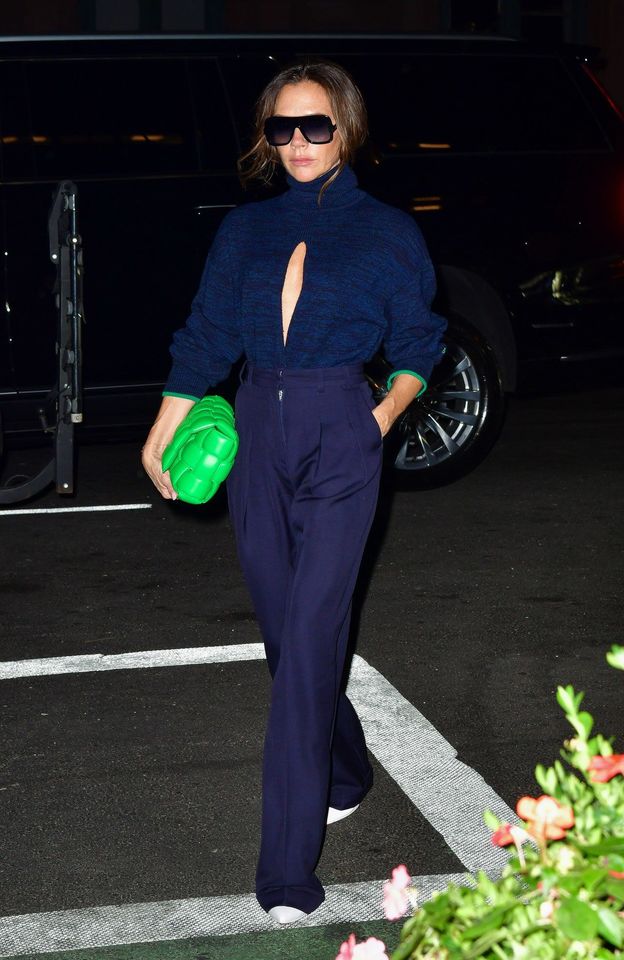 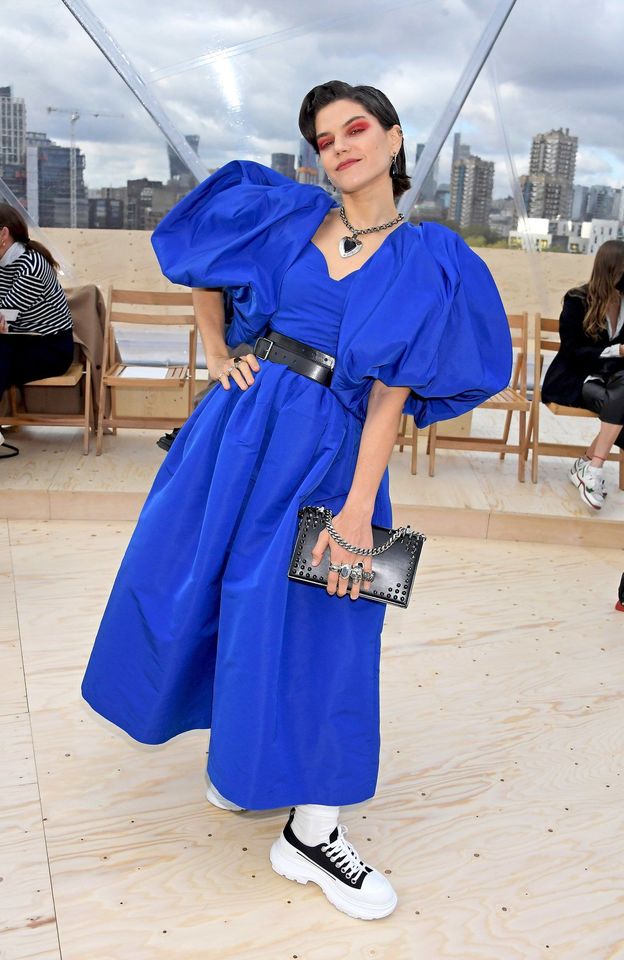 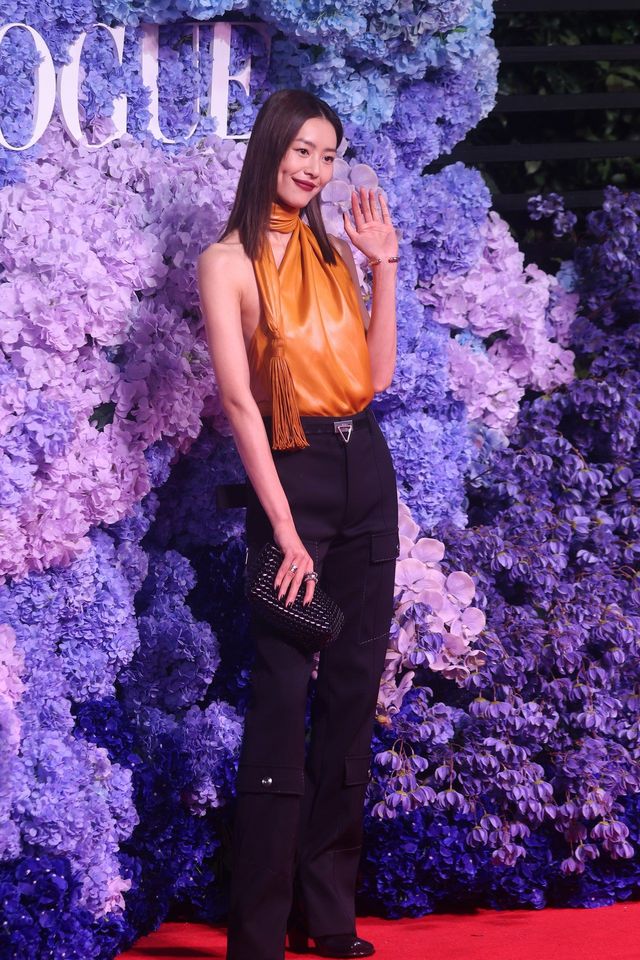 WHO: Liu Wen
WHAT: Bottega Veneta
WHERE: Vogue New Chapter Night In Shanghai
WHEN: October 13 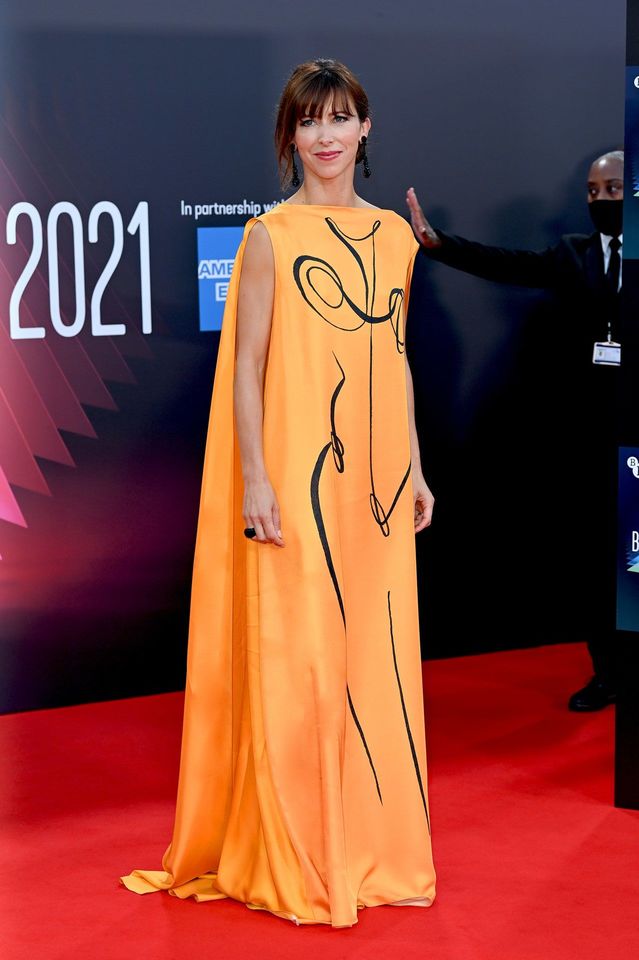 WHO: Sophie Hunter
WHAT: Roksanda
WHERE: The Power of the Dog UK Premiere at the 65th BFI London Film Festival
WHEN: October 11 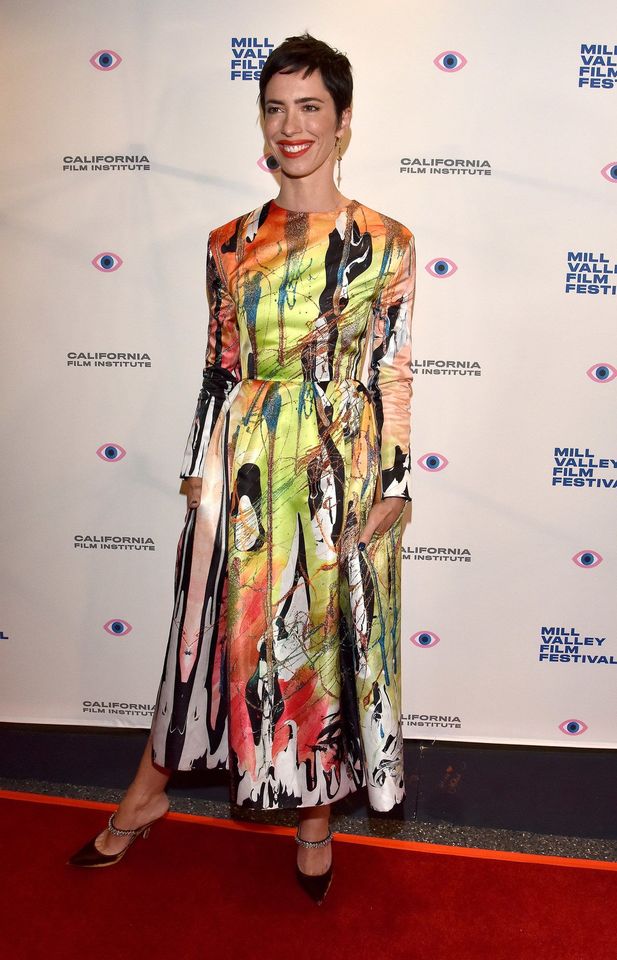 WHO: Rebecca Hall
WHAT: Christopher Kane
WHERE: 2021 Mill Valley Film Festival
WHEN: October 14 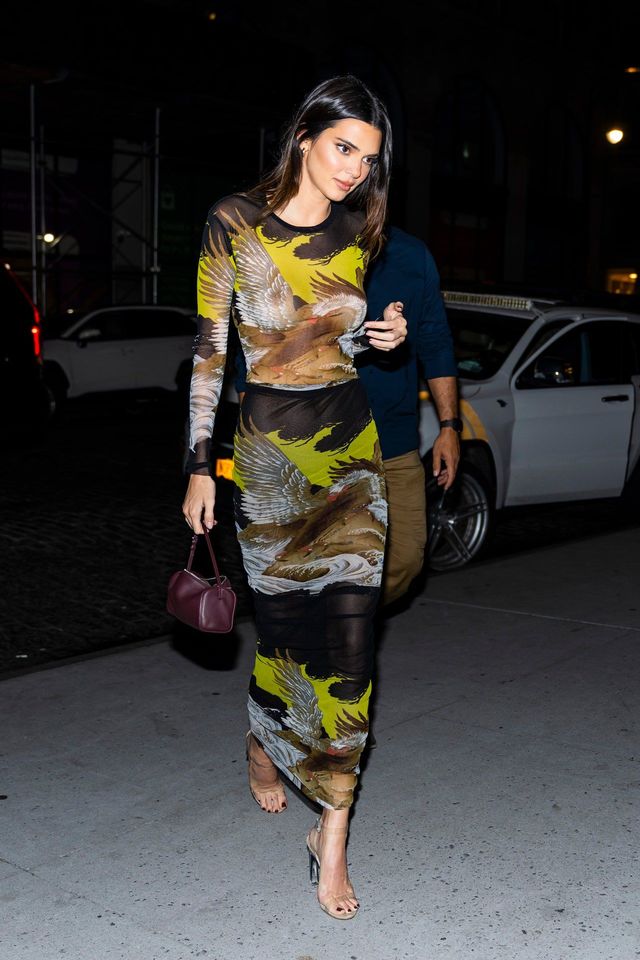