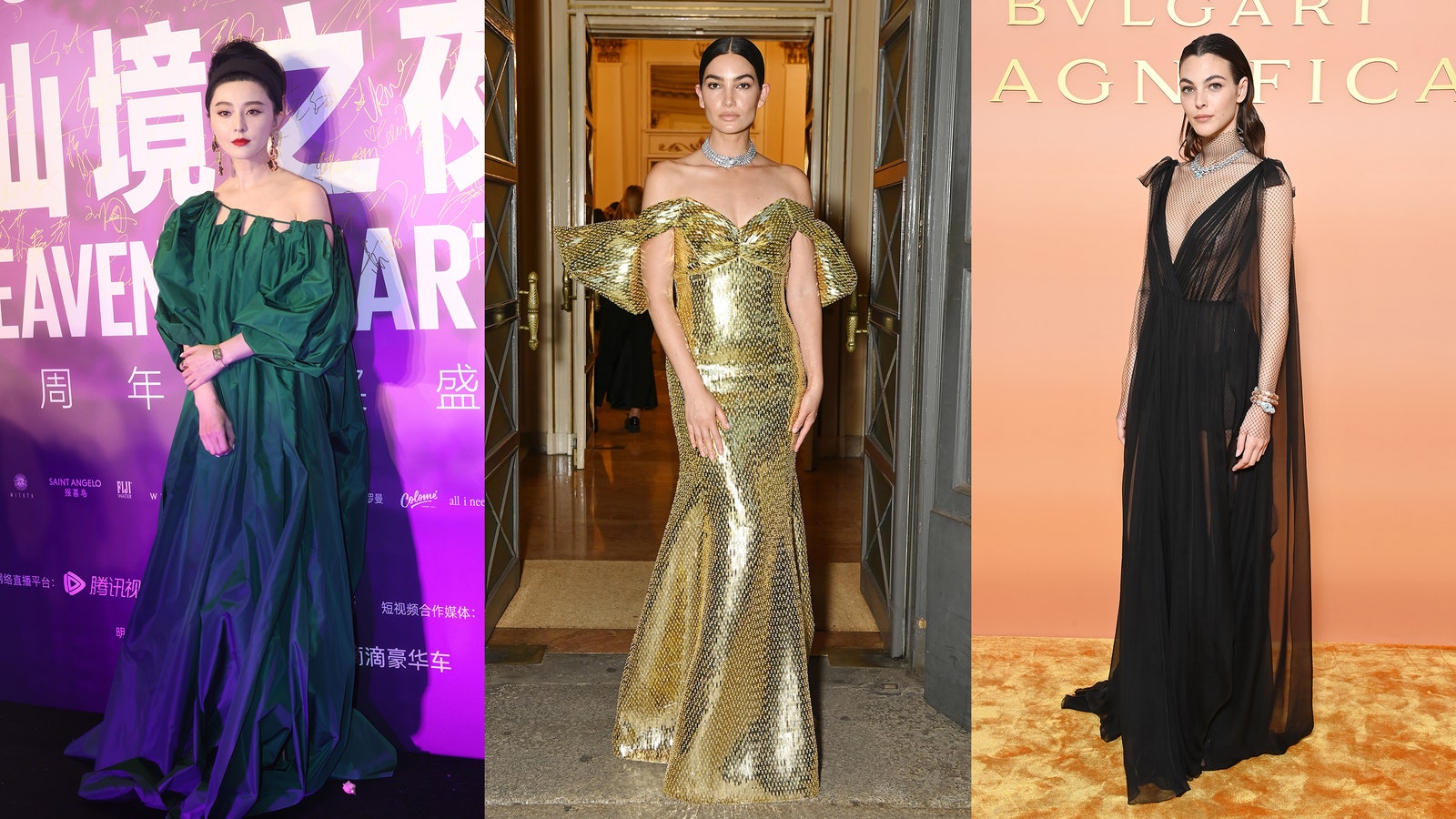 Last week’s slate of in-person events put the focus back on eveningwear.

The absence of nightlife has changed the way we think about dressing. Without parties, premieres, and social events, our focus has shifted towards casual clothing, but reemergence is set to change all of that. Last week’s slate of real-life, in-person events put the focus back on eveningwear. Sure, the headlines were filled with cutoffs and denim bras, but after-hours fashion doesn’t need to break the internet to be considered exceptional.

A glamorous mood came to the forefront. In Milan, Bulgari brought out the glitterati for two nights of celebration in honor of its new high jewelry collection, Magnifica. At Thursday’s performance of Andrea Bocelli’s Teatro del Silenzio orchestra, Lily Aldridge dazzled in Moschino’s high drama fall 2021 collection. In the lookbook, the gold off-the-shoulder cape gown registered as camp, its bold shoulder and unabashed glitz akin to Nolan Miller’s costumes for Dynasty. Aldridge stripped things down at the Bulgari fête by keeping the makeup minimal and her hair pinned back, allowing onlookers to focus on the piece’s sculptural silhouette and her diamond choker.

In Shanghai, model Sui He’s sleek Versace blazer and sequined pants offered an elevated take on the tuxedo at Marie Claire’s Power Trip event. Sleek yet richly detailed, the Donatella-designed pieces were a crowd pleaser. Later that week, at Wonderland's Heaven on Earth Event acting legend Fan Bingbing tackled the theme her way in voluminous Oscar de la Renta. On anyone else, the emerald taffeta creation by designers Laura Kim and Fernando Garcia would be considered outré, but Fan likes her gowns big and her jewels bigger.

Stateside, Giambattista Valli’s sumptuous ready-to-wear reigned supreme on both coasts. At the New York Botanical Garden Spring Gala, Olivia Palermo arrived in a tiered gown from Valli’s fall runway worn beneath a sequined blazer. All-black and undeniably elegant, it was ideal for one of the social season’s key fundraisers. Meanwhile in Los Angeles, Grownish-star Yara Shahidi delighted in one of the designer’s puff-sleeved mini dresses from the same collection. Floral, fantastical, and entirely in line with Shahidi’s upbeat personality, the look brimmed with youthful energy. 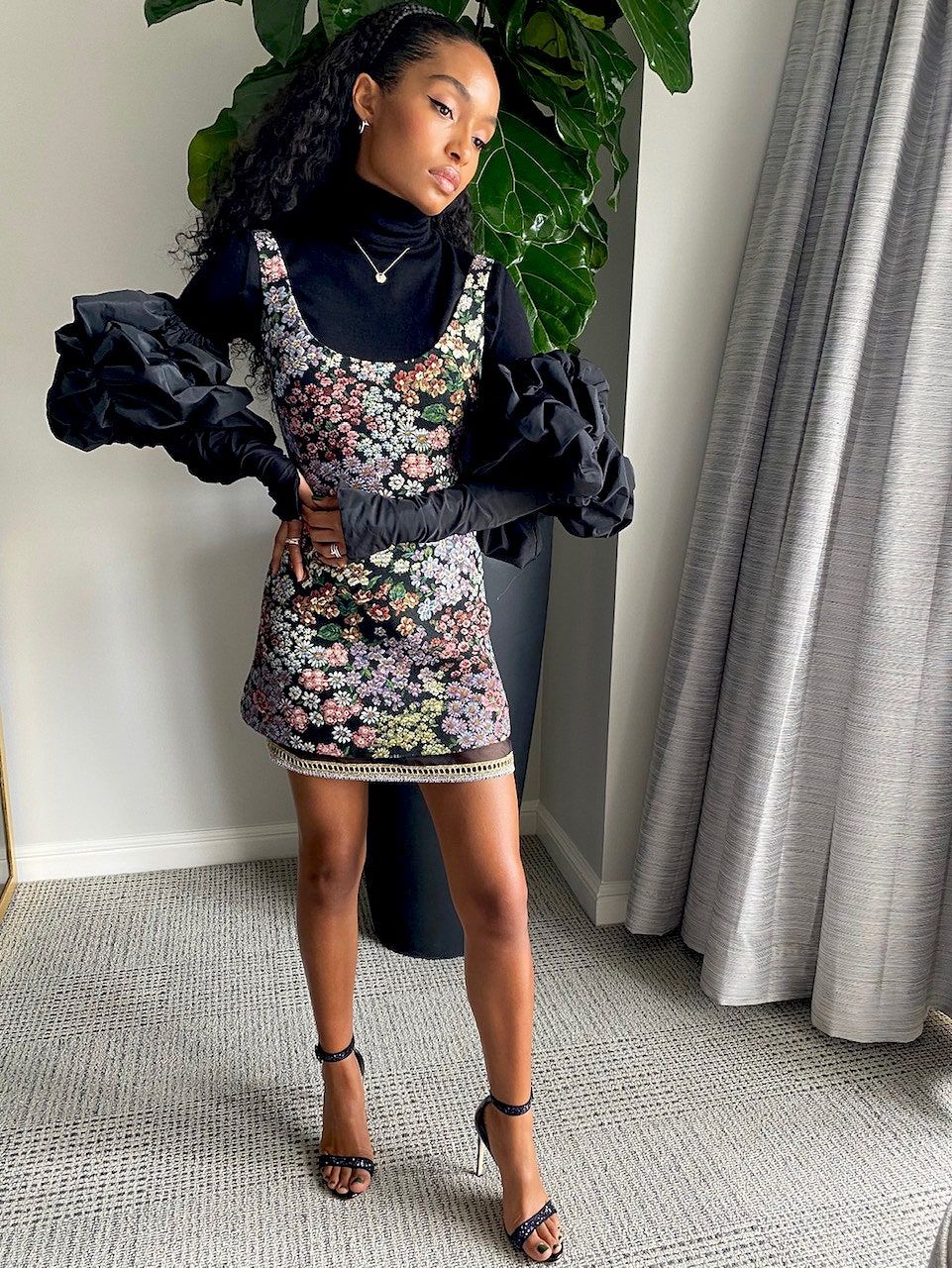 WHO: Yara Shahidi
WHAT: Giambattista Valli
WHERE: Instagram
WHEN: June 5 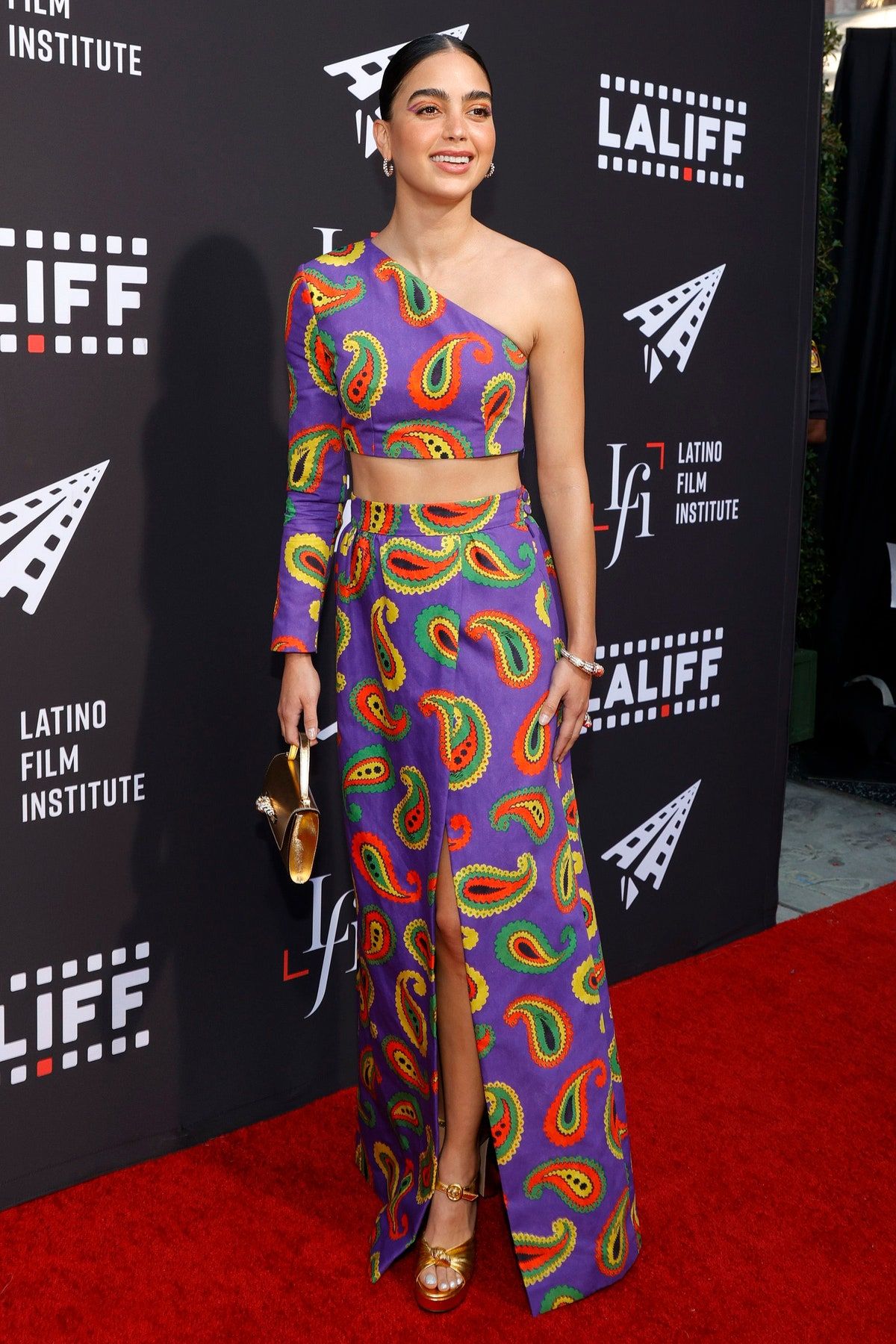 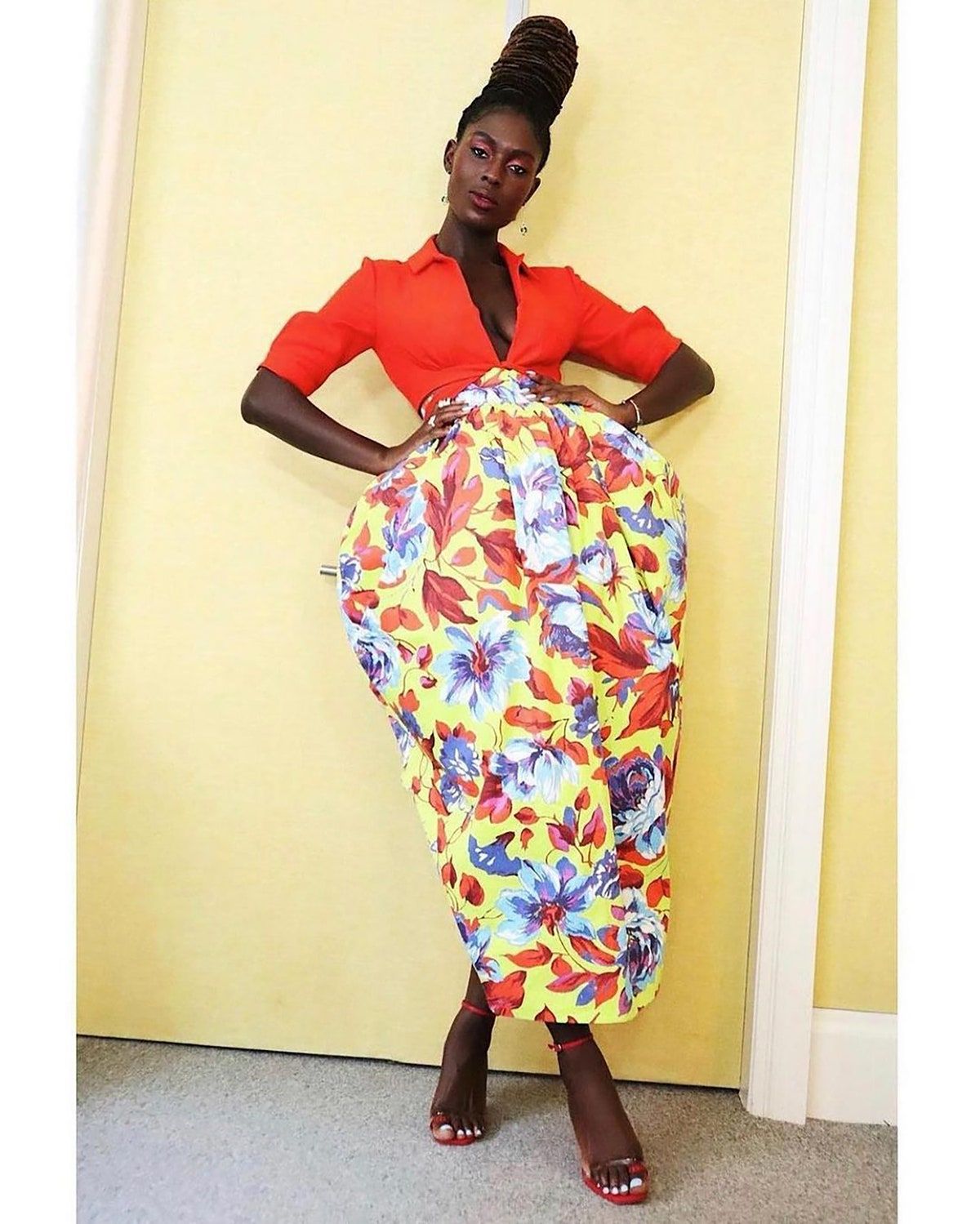 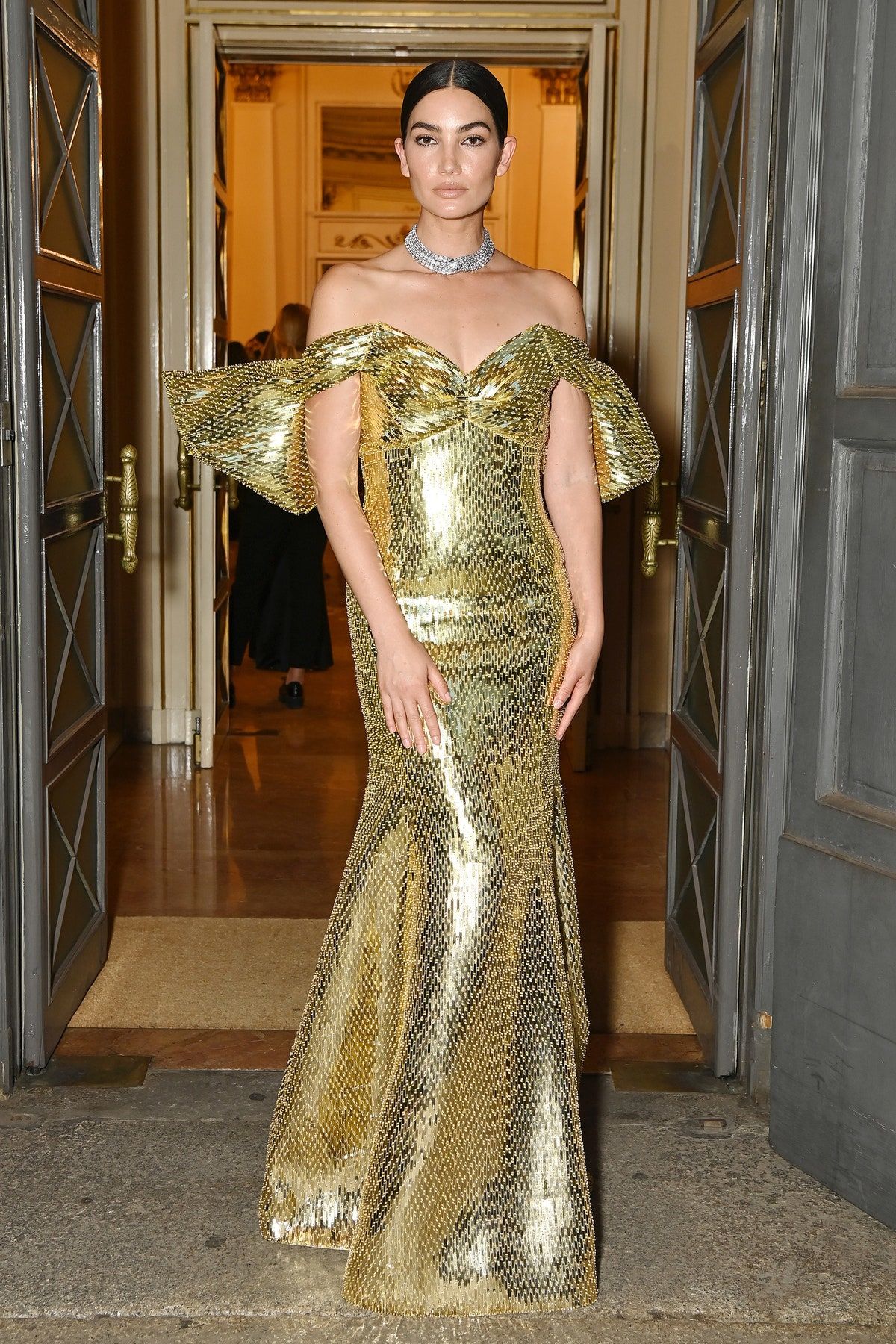 WHO: Lily Aldridge
WHAT: Moschino
WHERE: Bvlgari Concert at Teatro Alla Scala
WHEN: June 3 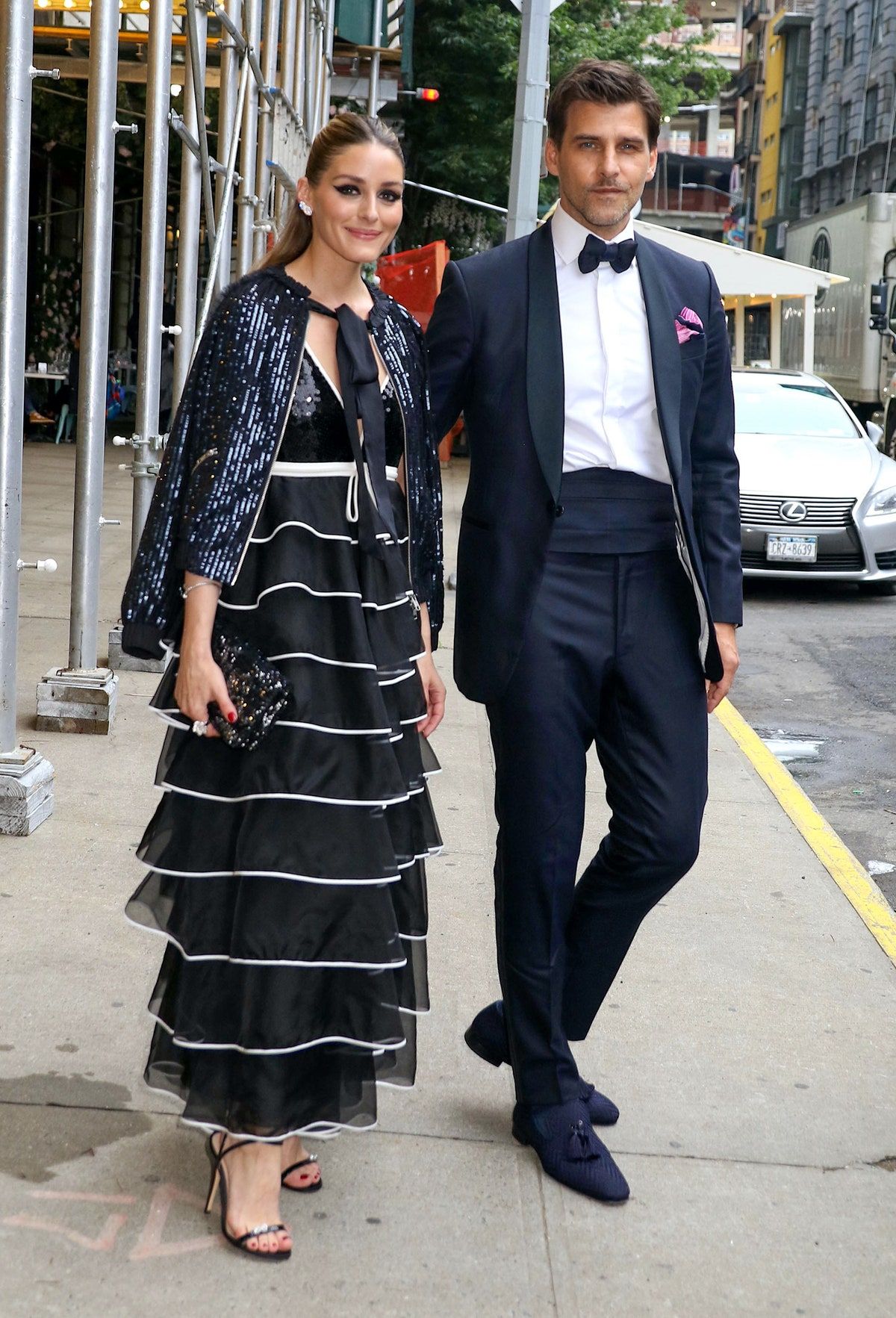 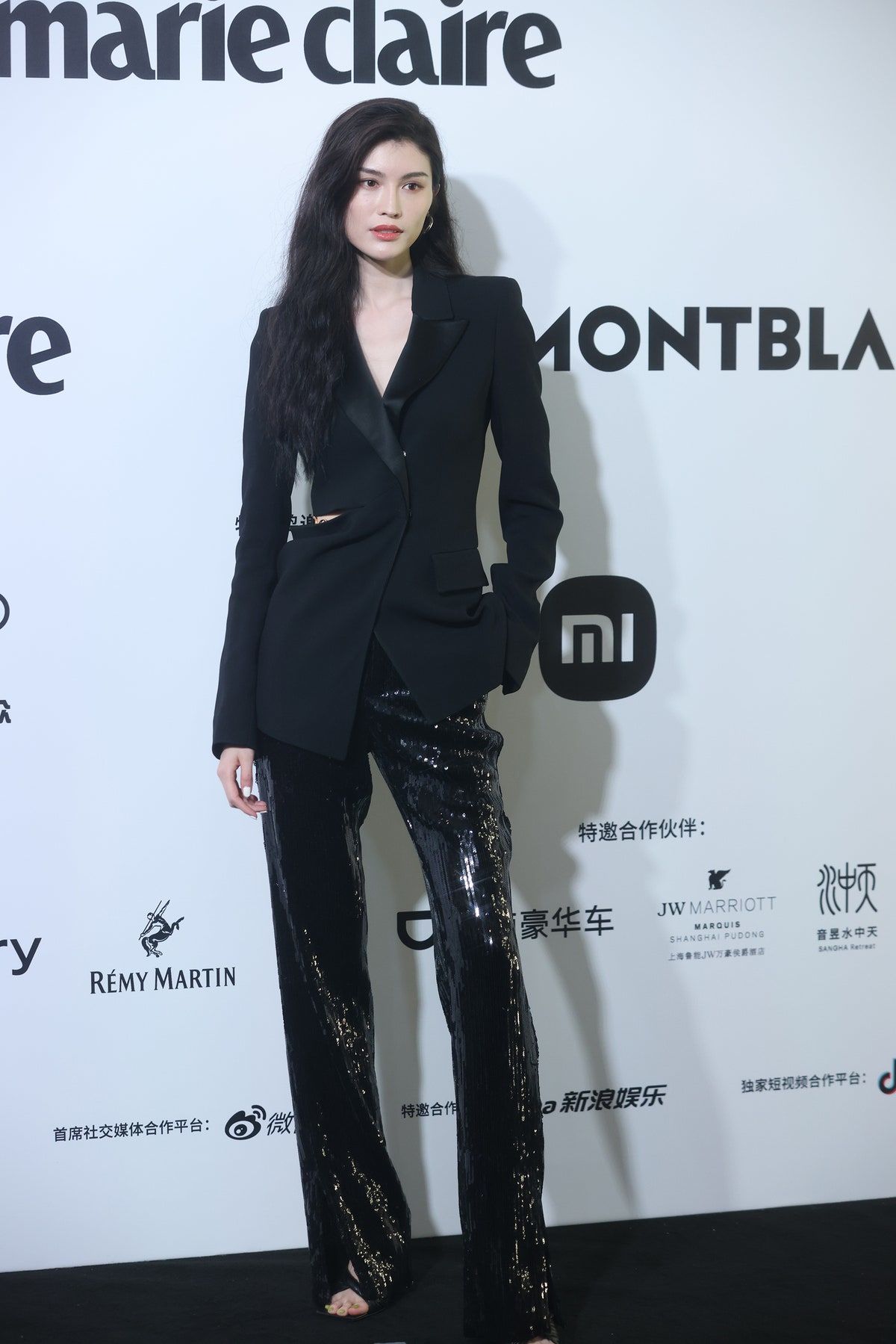 WHO: Sui He
WHAT: Versace
WHERE: Marie Claire Power Trip event
WHEN: June 2 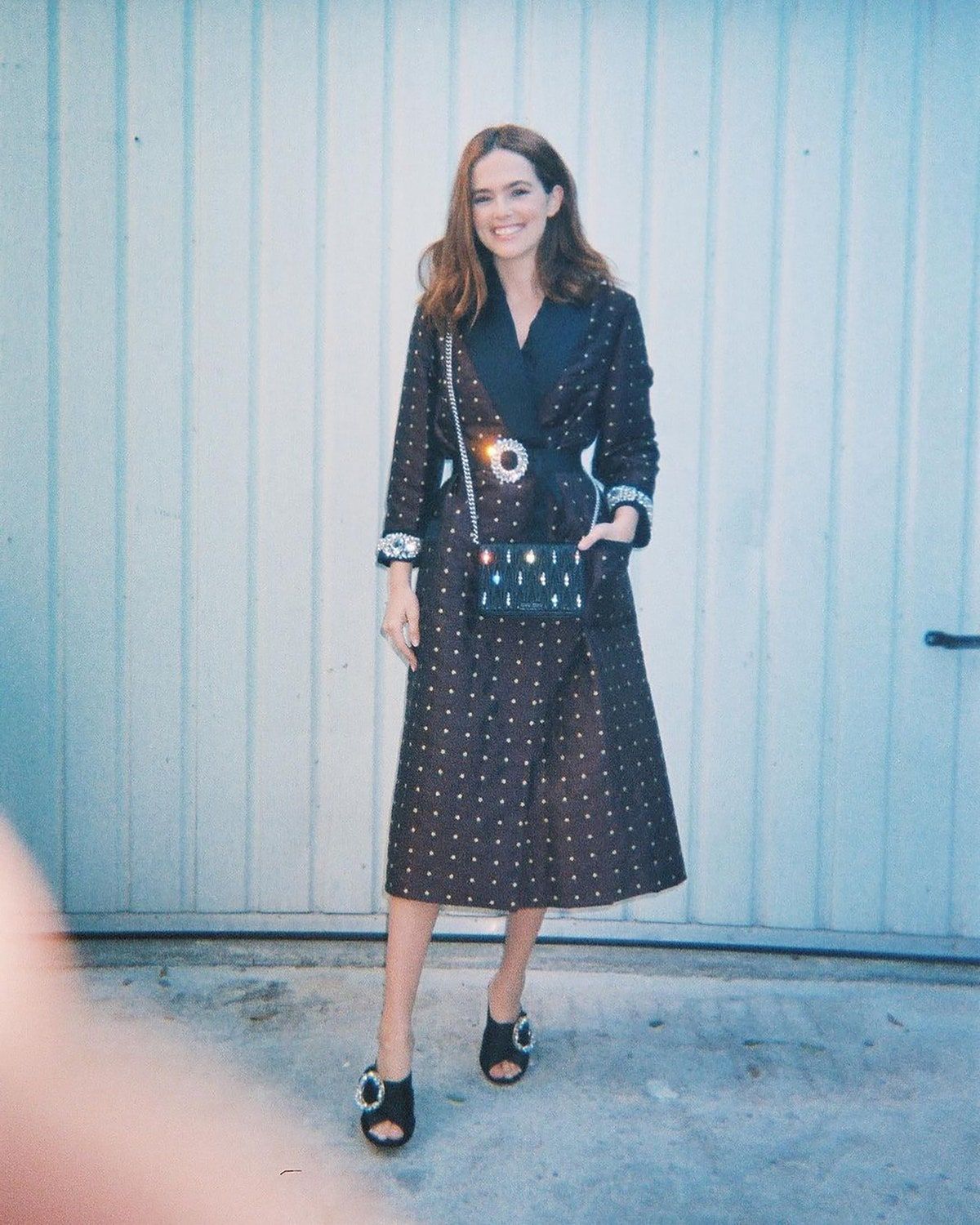 WHO: Zoey Deutch
WHAT: Miu Miu
WHERE: Instagram
WHEN: June 5 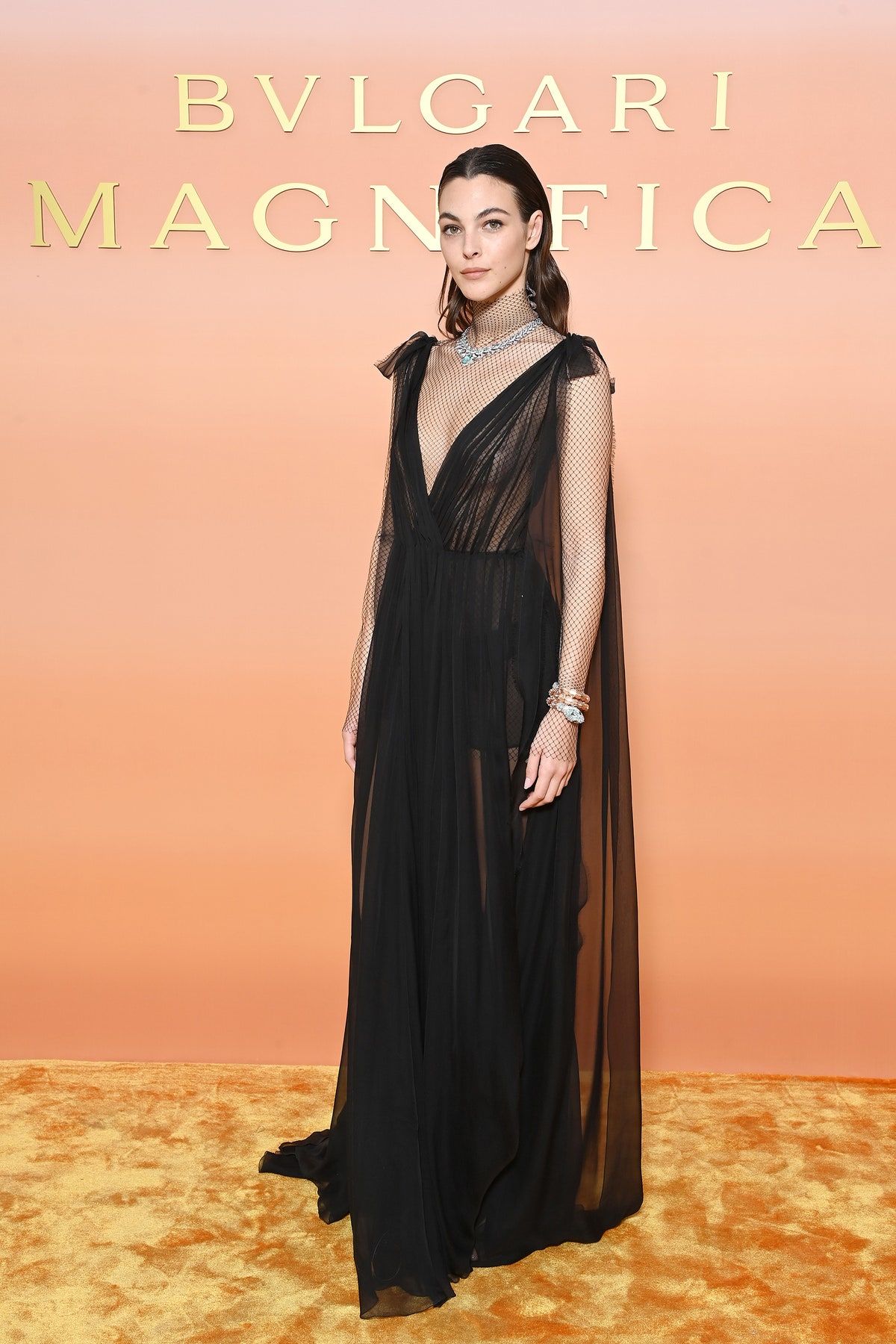 WHO: Vittoria Cerretti
WHAT: Valentino
WHERE: Bulgari Magnifica Dinner
WHEN: June 4 WHO: Tina Kunakey
WHAT: Alexandre Vauthier
WHERE: Bulgari Magnifica Dinner
WHEN: June 4 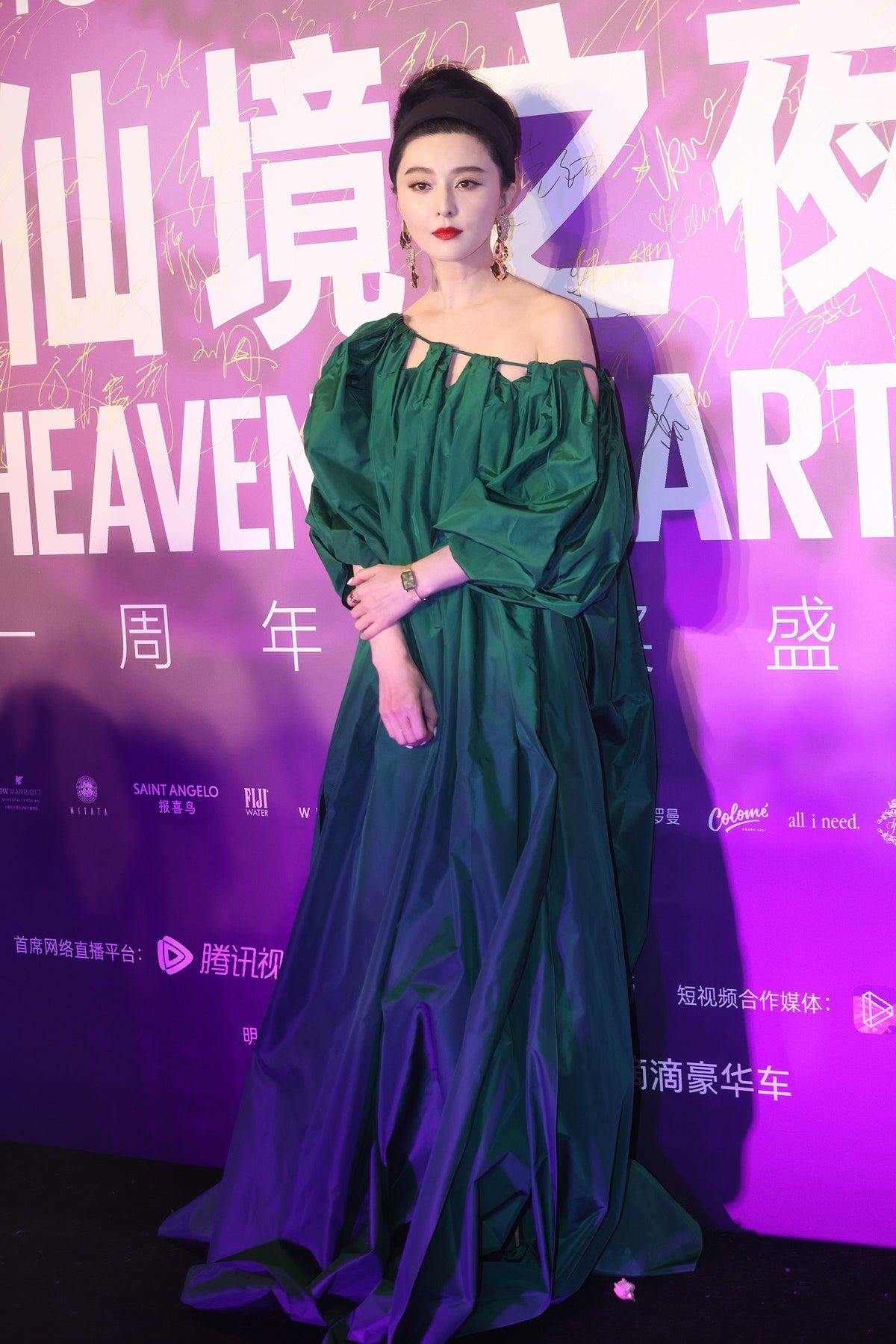 WHO: Fan BingBing
WHAT: Oscar de la Renta
WHERE: Wonderland Heaven on Earth event
WHEN: June 5