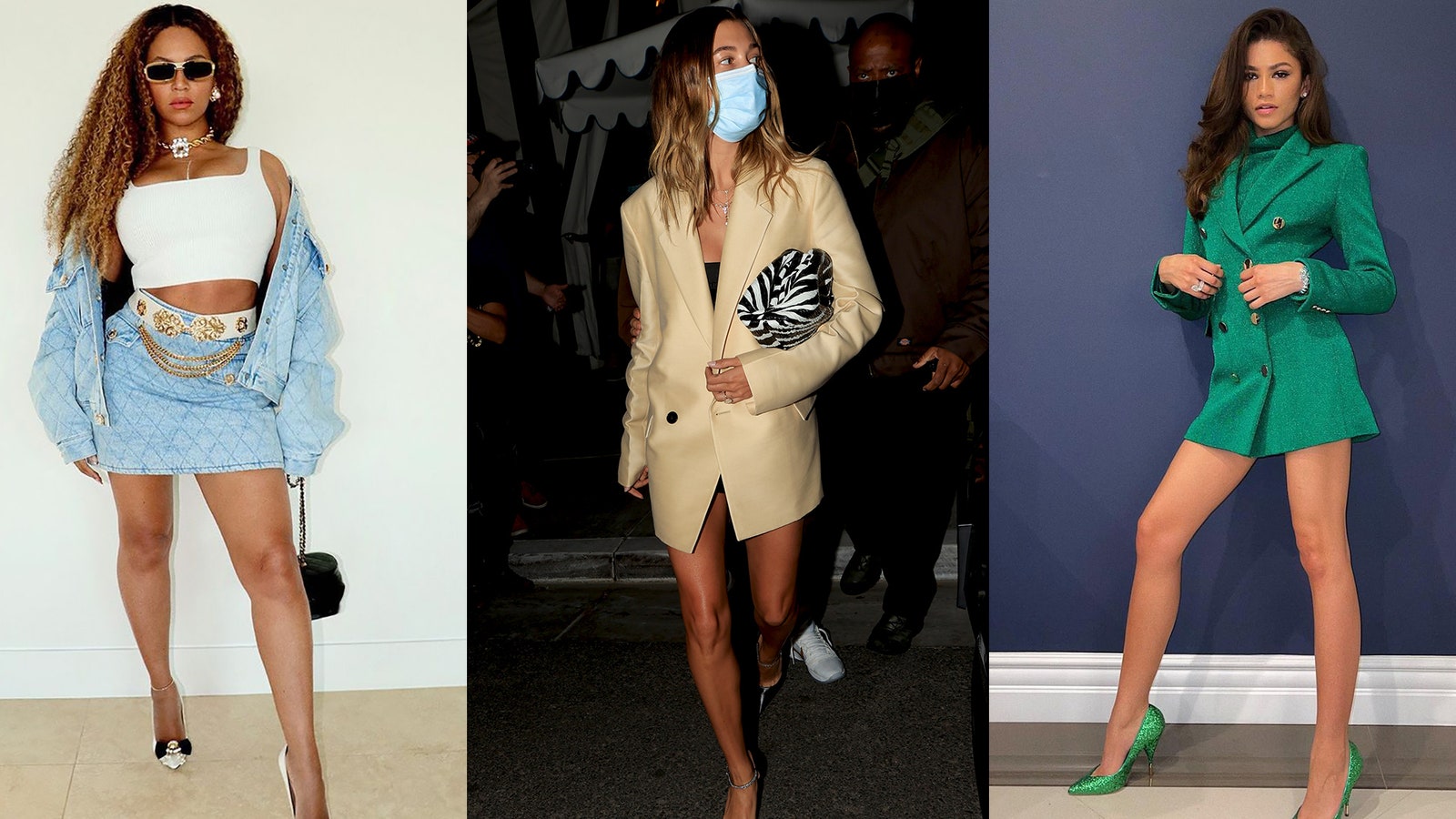 Celebrities have already reached a consensus on the season’s essential silhouette.

Spring has only just begun, but celebrities have already reached a consensus on the season’s essential silhouette. The winner is a short hemline: Hot pants, mini-skirts, and jackets. At the Santa Barbara International Film Festival, Zendaya gave a crash course in the moment’s look by streaming into the virtual ceremony in Spanish label, Pertegaz’s emerald green blazer-dress and matching ribbed turtleneck. The jewel-toned outfit was chic, but its best quality was the way it placed the focus on the statuesque Malcolm and Marie star’s impossibly long legs.

Elsewhere, the babydoll reigned supreme. Bridgerton scene-stealer Nicola Coughlan made the most of a black ruffled Miu Miu frock with gothic charm. Complemented by crystal necklaces and the Swarovski straps on Coughlan’s towering platform mary-janes, the dress was another unexpected choice from the period drama’s fashion breakout.

Laura Harrier provided a 90s take on the silhouette while celebrating her 31st birthday in a candy-apple red dress from Versace’s spring/summer 2021 collection. The kind of sexy, lightweight look that Naomi Campbell and Kate Moss used to wear around town during their party-girl days, it was proof that everything is a little more fun once Donatella is involved.

With everyone else showing off a little leg, Rihanna (naturally) went in the opposite direction, showing off her fashion-nerd side by digging up a pair of feathered Tom Ford-era Gucci jeans from the brand’s spring/summer 1999 collection. Ford dedicated that season’s show to “Las Vegas hippies” and a louche version of Bohemia inspired by Cher. Rihanna took the piece in a different direction, drawing inspiration from the simplicity of the runway styling on model Trish Goff, but adding a touch of viral irreverence via a custom faux fur dome hat by Benny Andallo. Spirited fun from head to toe, the outfit was impossible to resist. 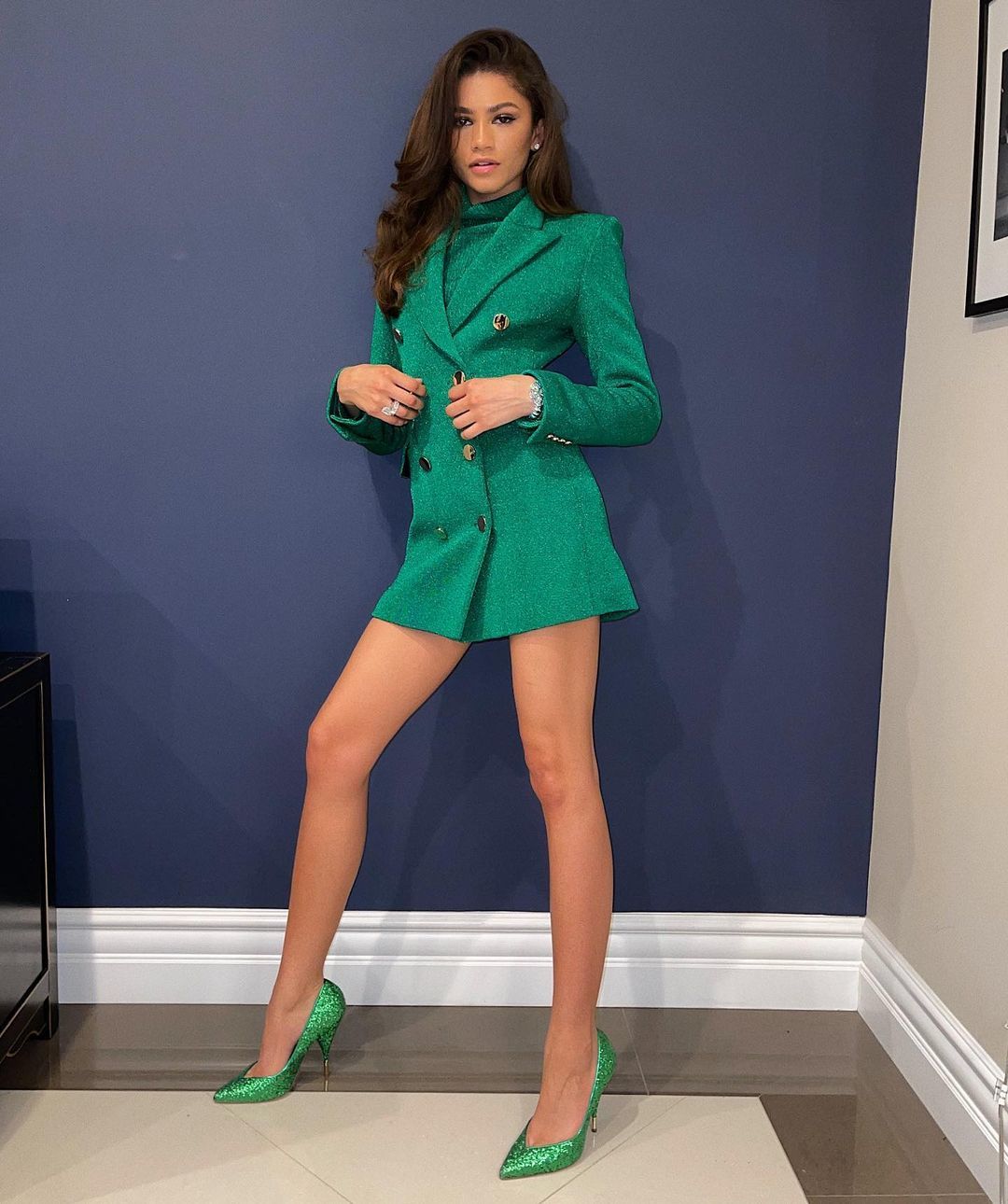 WHO: Zendaya
WHAT: Pertegaz
WHERE: The Santa Barbara International Film Festival
WHEN: April 3 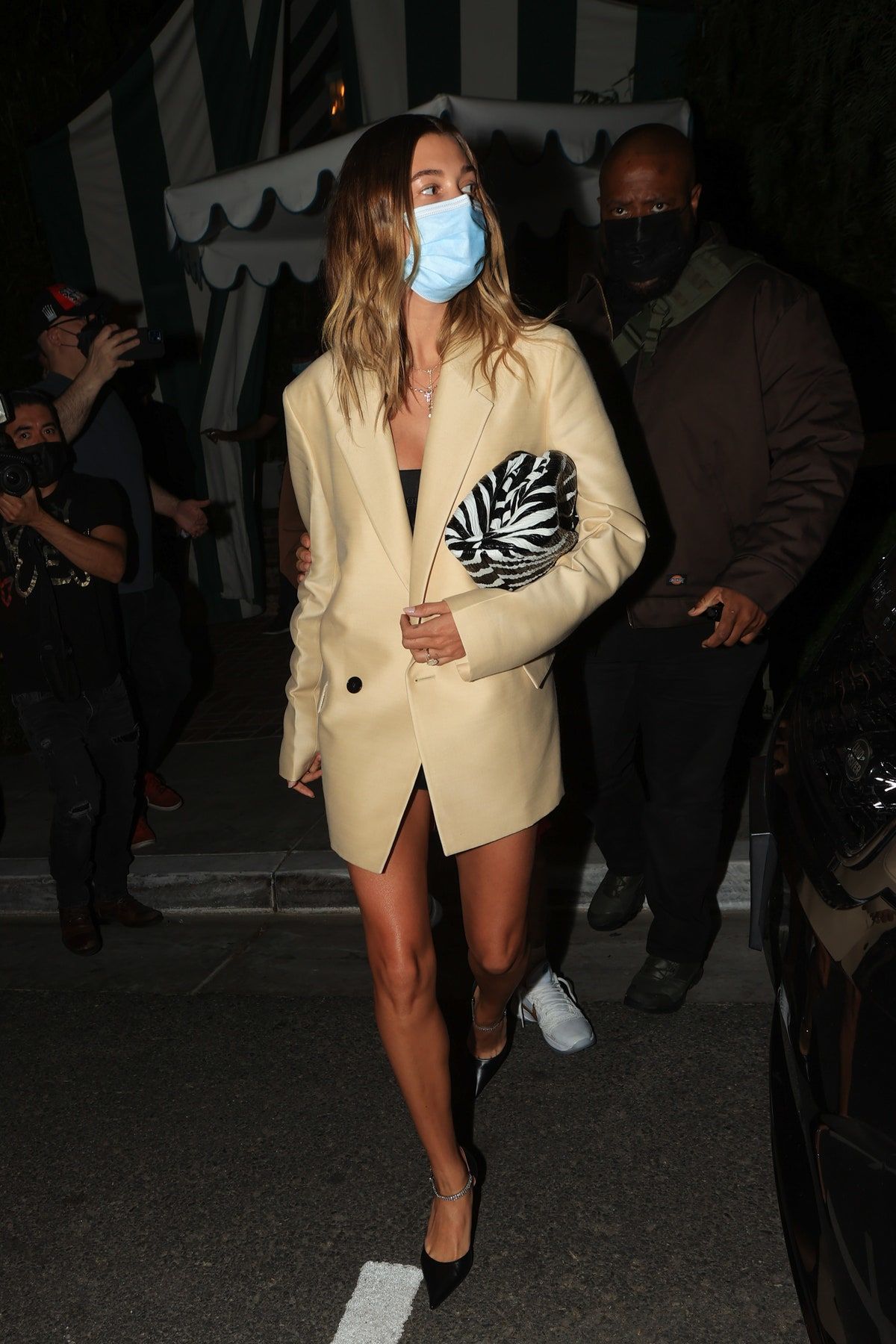 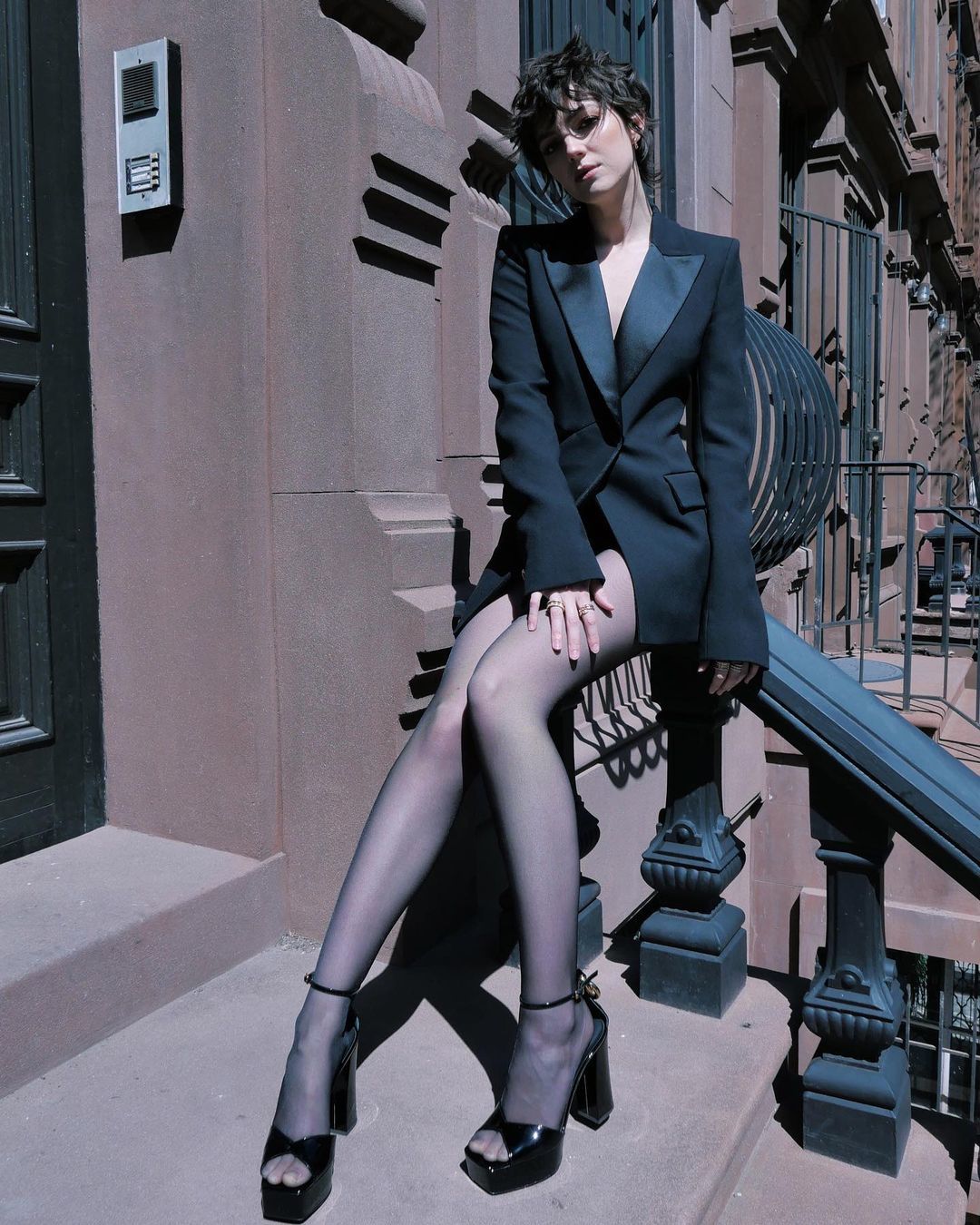 WHO: Ella Hunt
WHAT: Versace
WHERE: Dickinson Press Day
WHEN: April 2 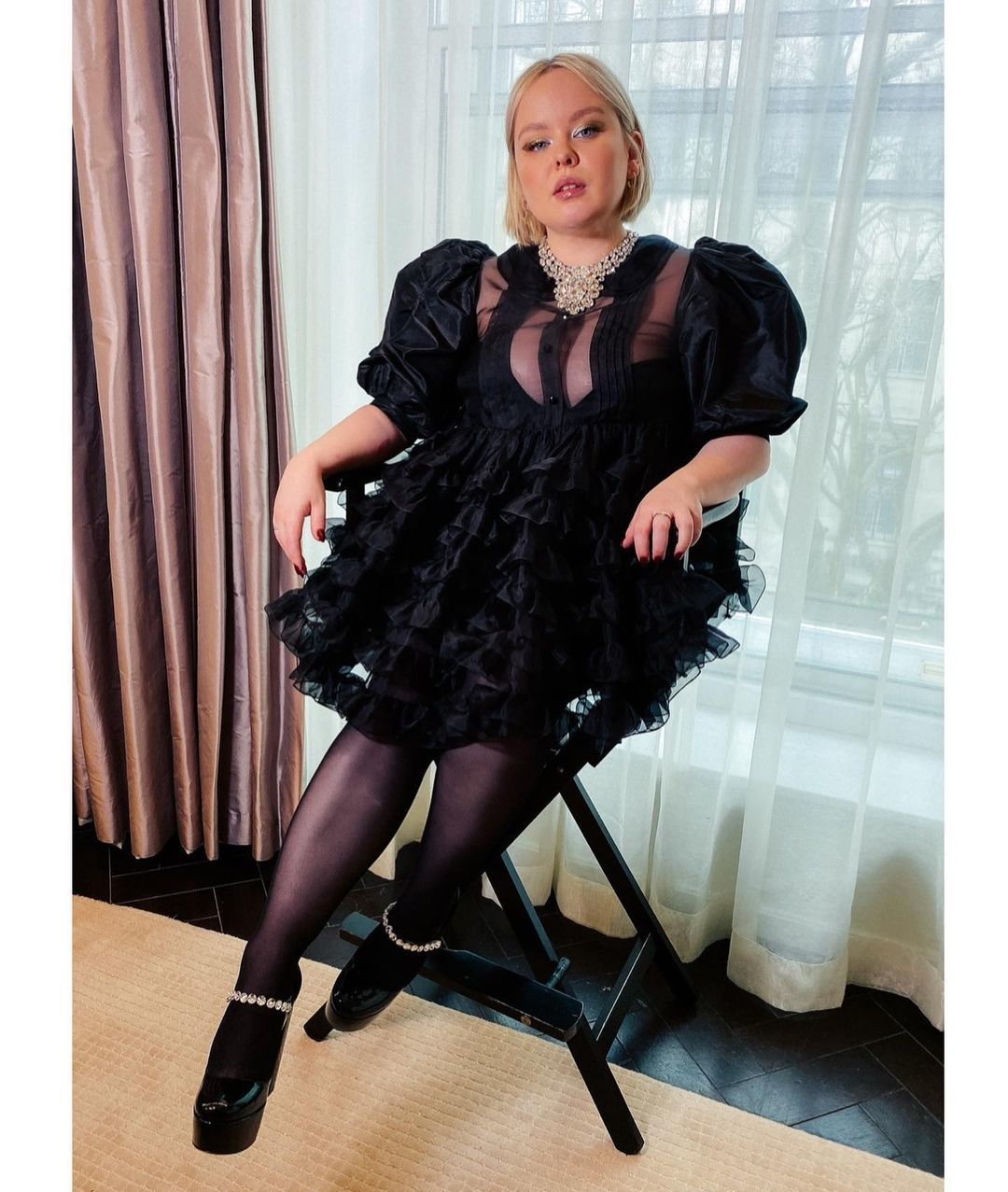 WHO: Nicola Coughlan
WHAT: Miu Miu
WHERE: Pre-SAG Awards
WHEN: April 3 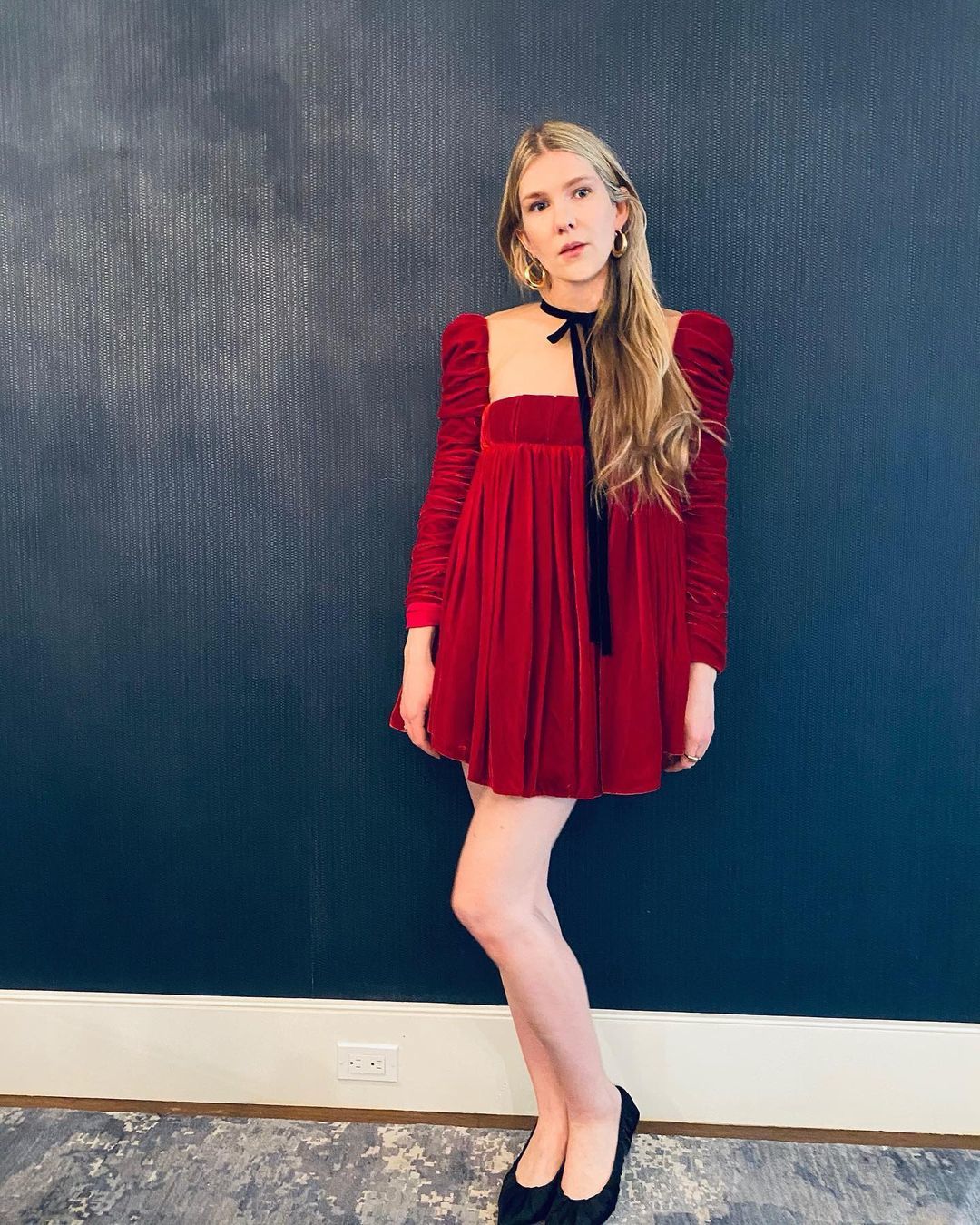 WHO: Lily Rabe
WHAT: Khaite
WHERE: Tell Me Your Secrets Press
WHEN: March 28 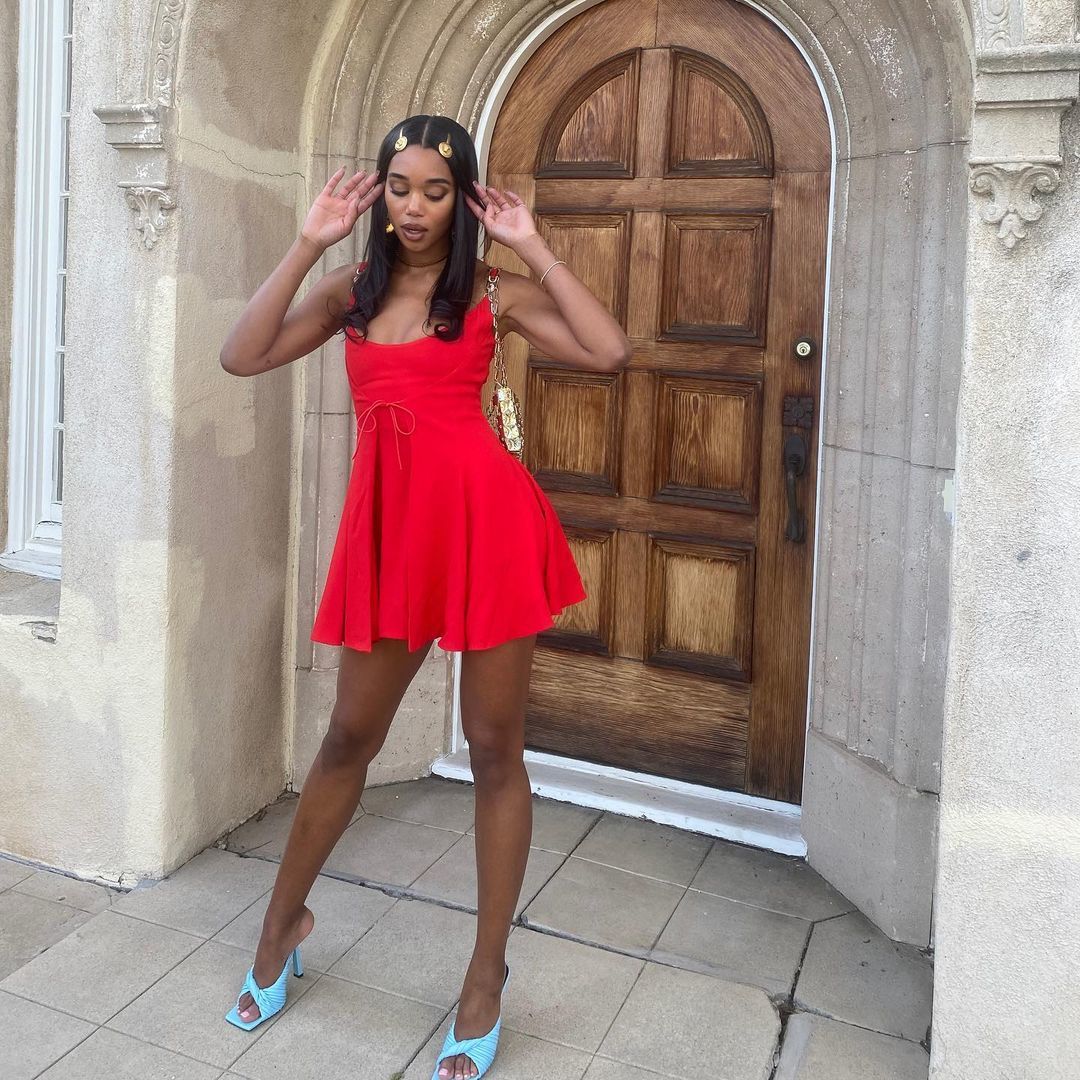 WHO: Laura Harrier
WHAT: Versace
WHERE: Birthday celebration
WHEN: March 28 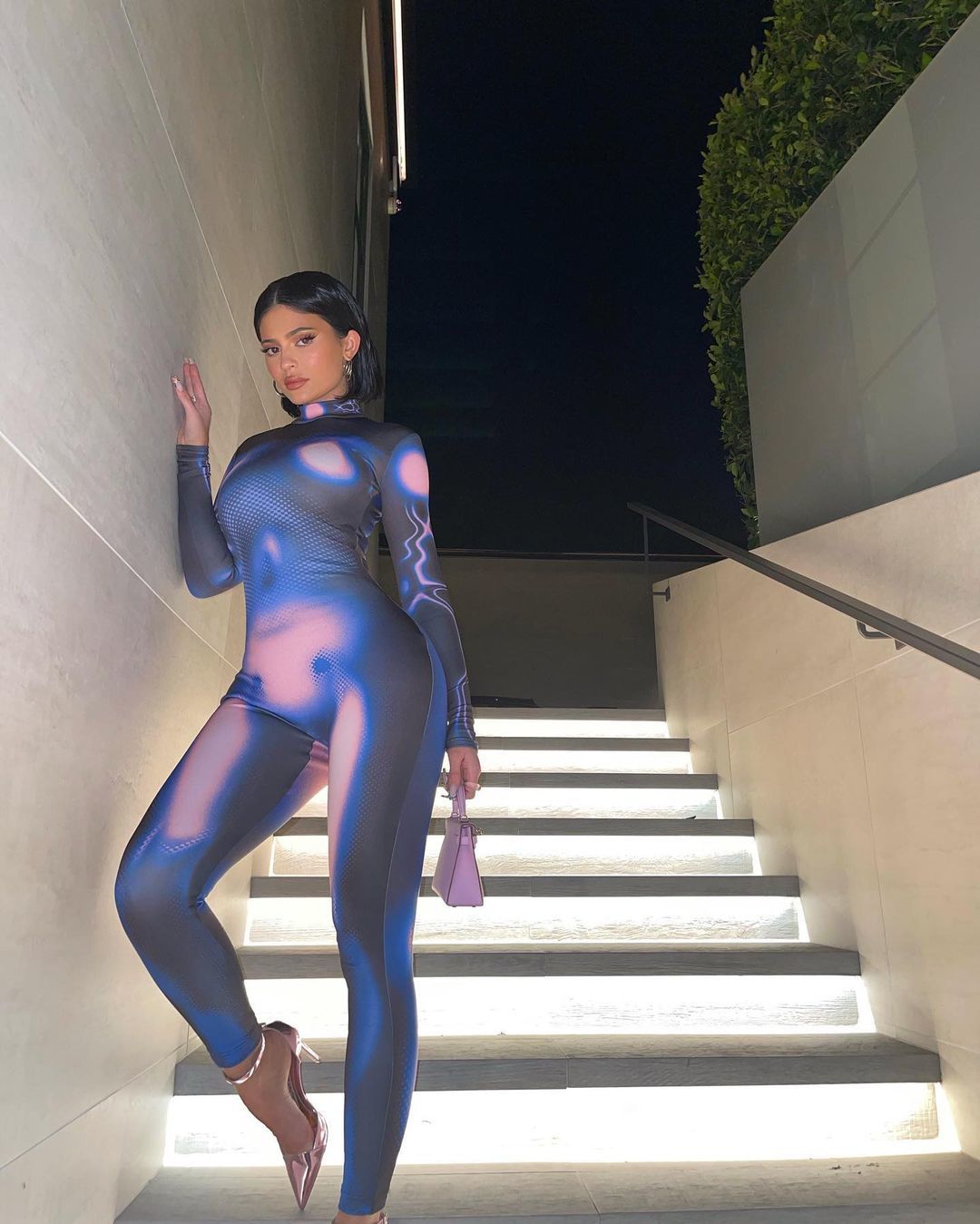 WHO: Kylie Jenner
WHAT: Pierre-Louis Auvray
WHERE: At Home
WHEN: March 31 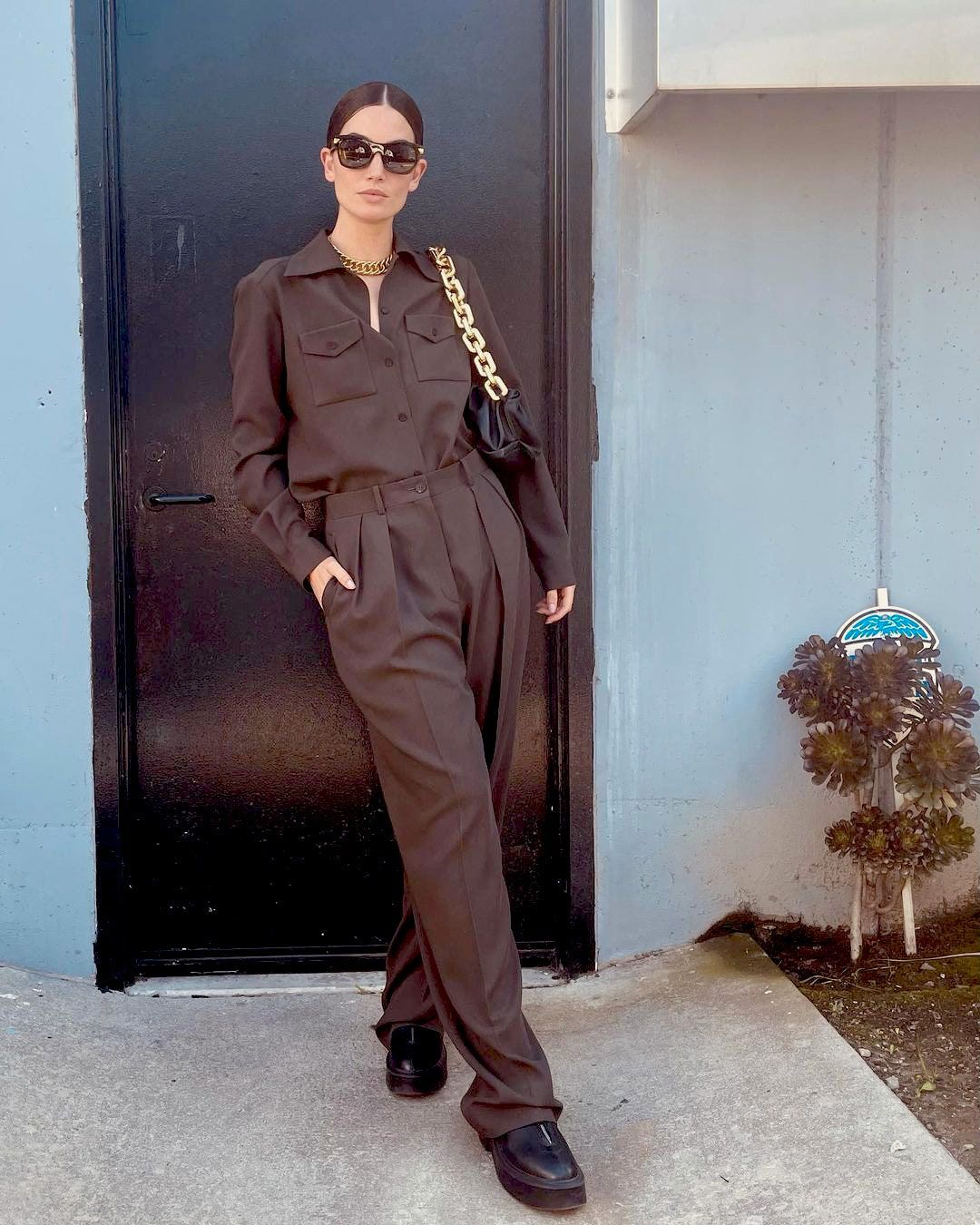 WHO: Lily Aldridge
WHAT: The Row
WHERE: Los Angeles
WHEN: April 1 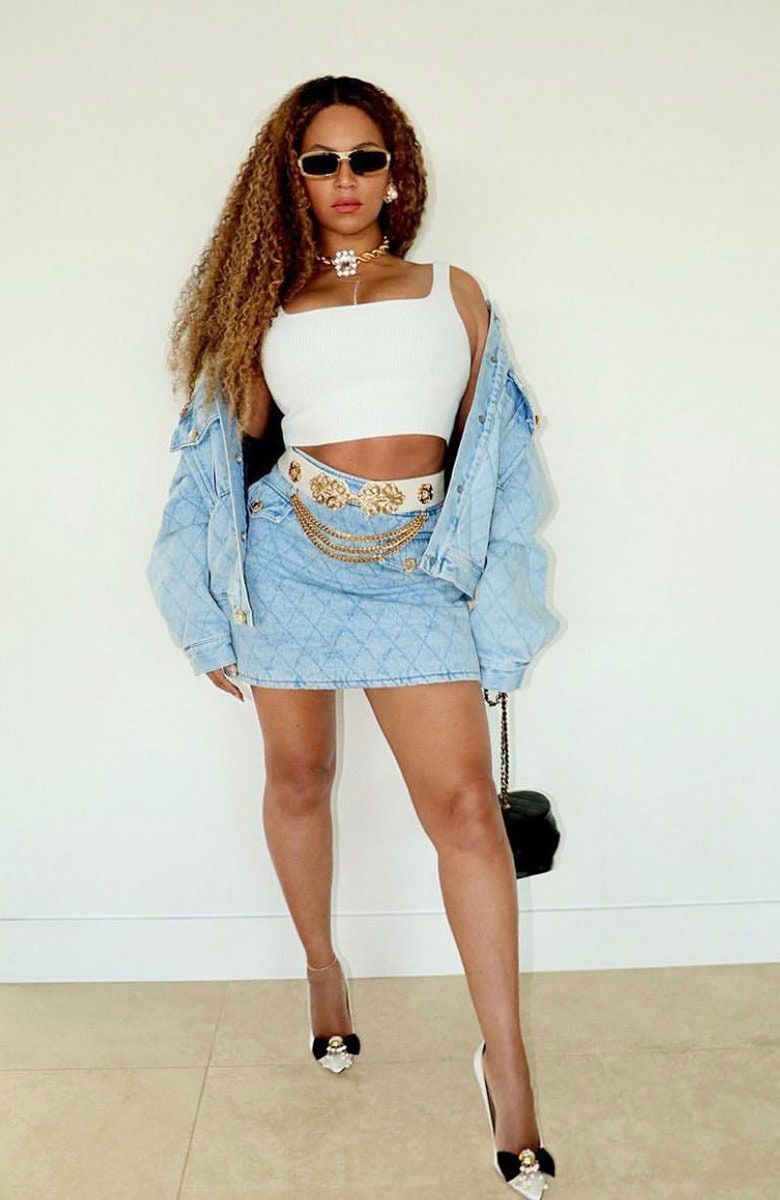 WHO: Beyoncé
WHAT: Alessandra Rich jacket, belt, skirt, and pumps, Chanel bag
WHERE: Nobu
WHEN: March 30 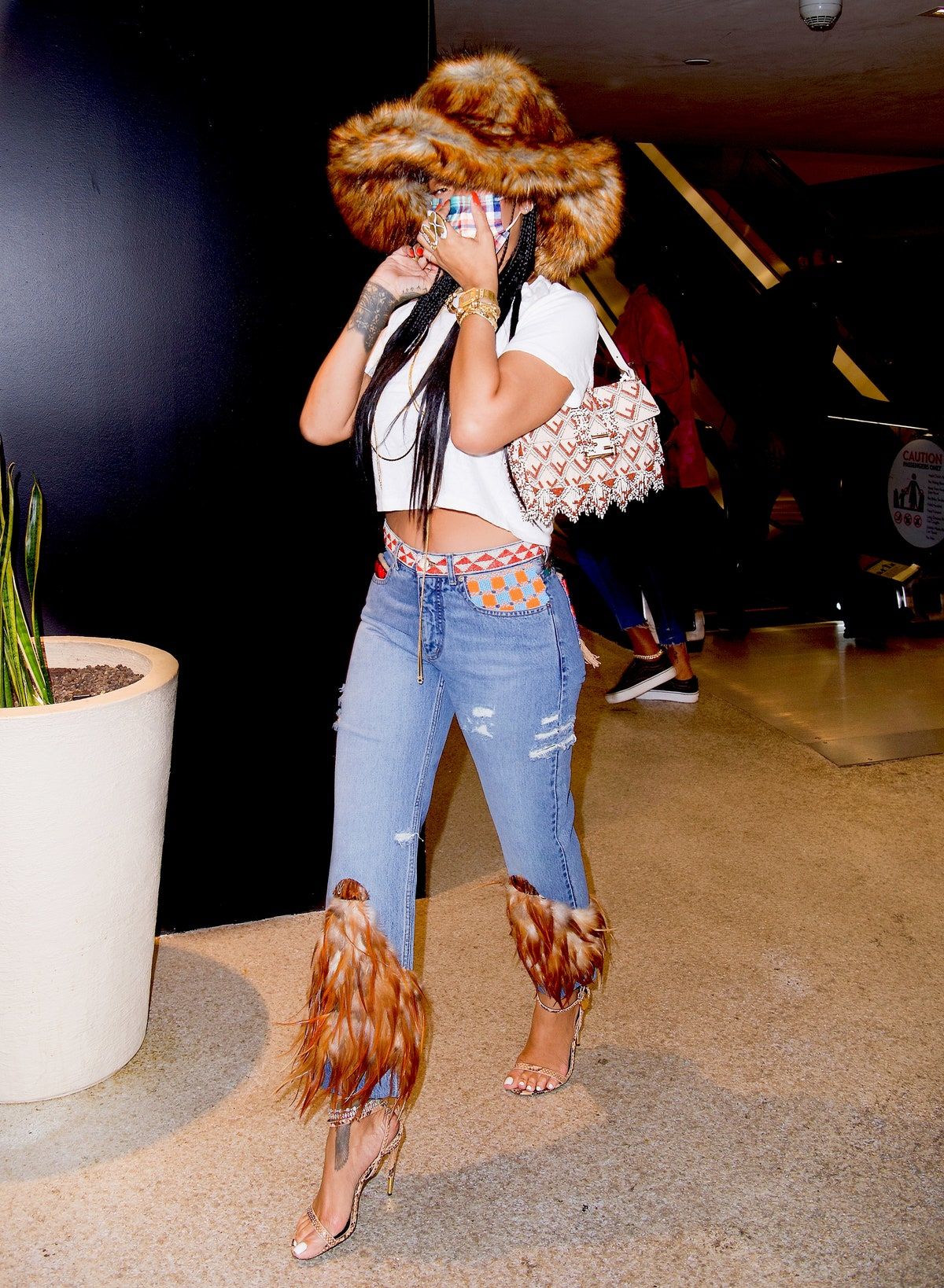