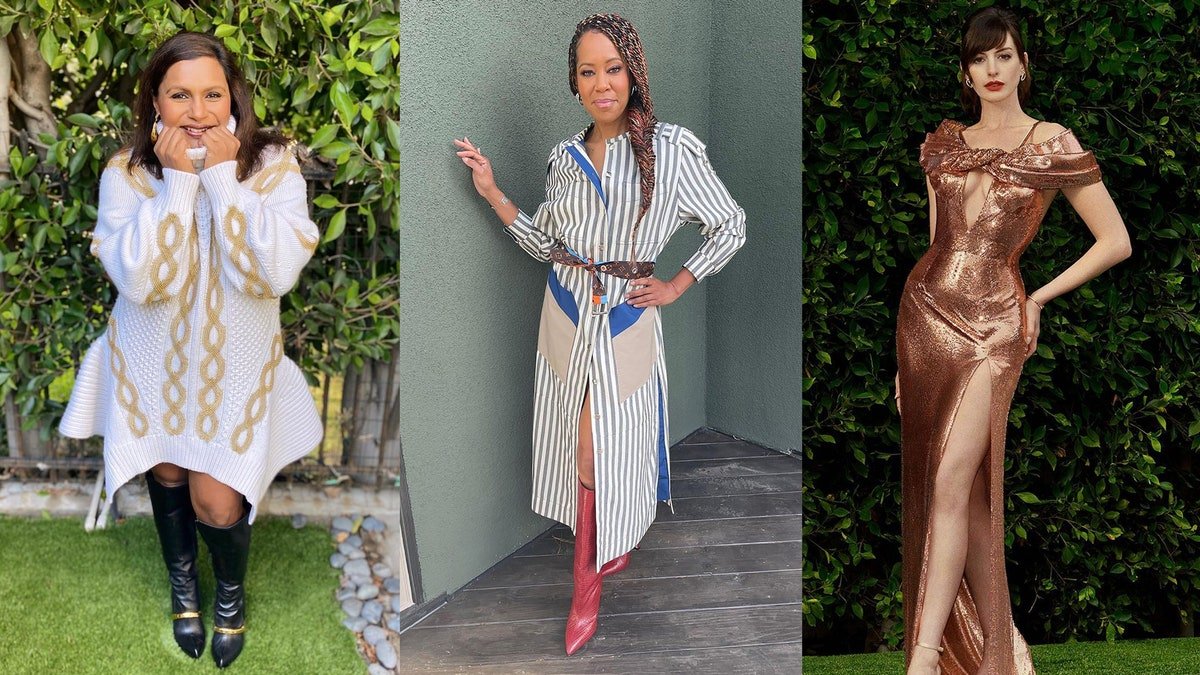 At present, life is offering every excuse to dress down. No one could be blamed for retreating into the comfort of sweatpants, but milestones, when they occur, deserve outfits to match.

That idea has been on celebrities’ minds from Hollywood to London this week. As they promoted their latest projects, introduced new members to their family, and attended socially distanced awards shows, stars prioritized glamour. Whether that meant pulling out standout couture pieces for a poolside photo shoot or enlivening their at home looks with runway fashion depended on the person, but the best dressed were willing to put in that extra effort.

When Anne Hathaway’s latest romantic comedy, Locked Down, premiered on HBO Max, the Oscar-winner didn’t need a red carpet premiere to mark the release. Instead, Hathaway staged a photo shoot in her backyard utilizing a series of metallic haute couture pieces. Though she was resplendent in her silver and gold dresses, Hathaway’s most alluring outfit was a skintight sequin gown from Atelier Versace’s Fall 2020 season. Rose gold with a daring keyhole detail and dangerously high slit, the look had been waiting for its big debut since being revealed in August on Versace’s social media. Hathaway provided precisely that while adding an exciting new verve to her style.

2021 has just begun, but it’s already been a big year for Regina King. The actress, who celebrated her 50th birthday this weekend, has been promoting her well-received directorial debut, One Night in Miami. While doing virtual press King wore a sleek shirtdress from Louis Vuitton’s Resort 2021 collection. Classic with a hint of sportiness, the design by Nicolas Ghesquière was initially shown with a pair of the brand’s popular Archlight sneakers and a candy-colored Speedy that provided a youthful touch. King went a different route, and her choice of glossy red knee boots and a coordinated monogram canvas belt was appropriate for a celebrated performer in their prime.

The week’s sweetest fashion moment came courtesy of new mom, Emma Roberts, who shared a snapshot of her son, Rhodes, with partner Garrett Hedlund on Tuesday. In a gauzy Stella McCartney mini dress from the spring/summer 2021 look book, Roberts offered the first glimpses of her newborn along with a message of thanks to her millions of followers. With a pair of Andrea Wazen Mules and a muslin swaddle by baby brand Brixton Phoenix, the actress was the picture of bliss. 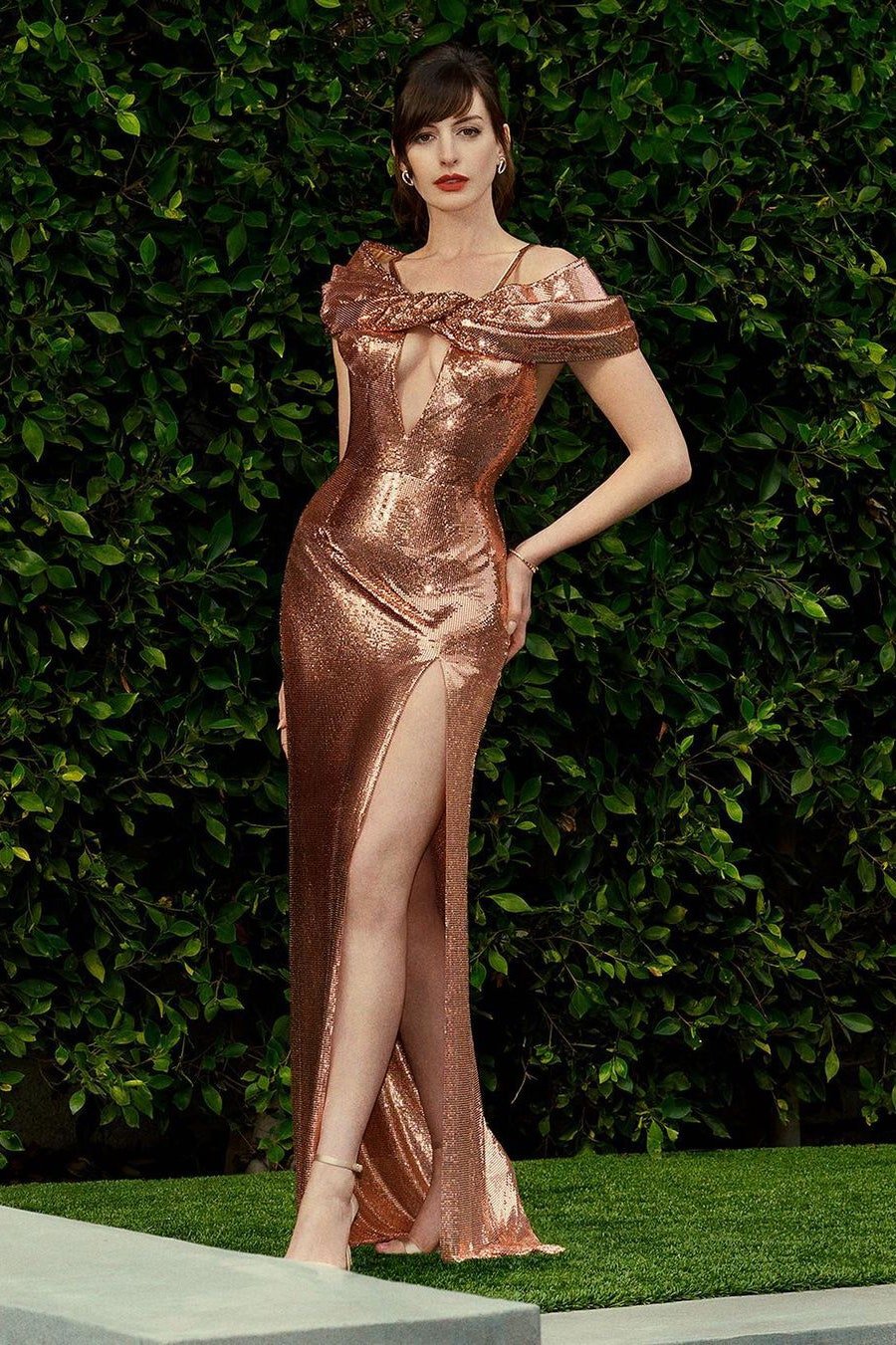 WHERE: Locked Down Press Days 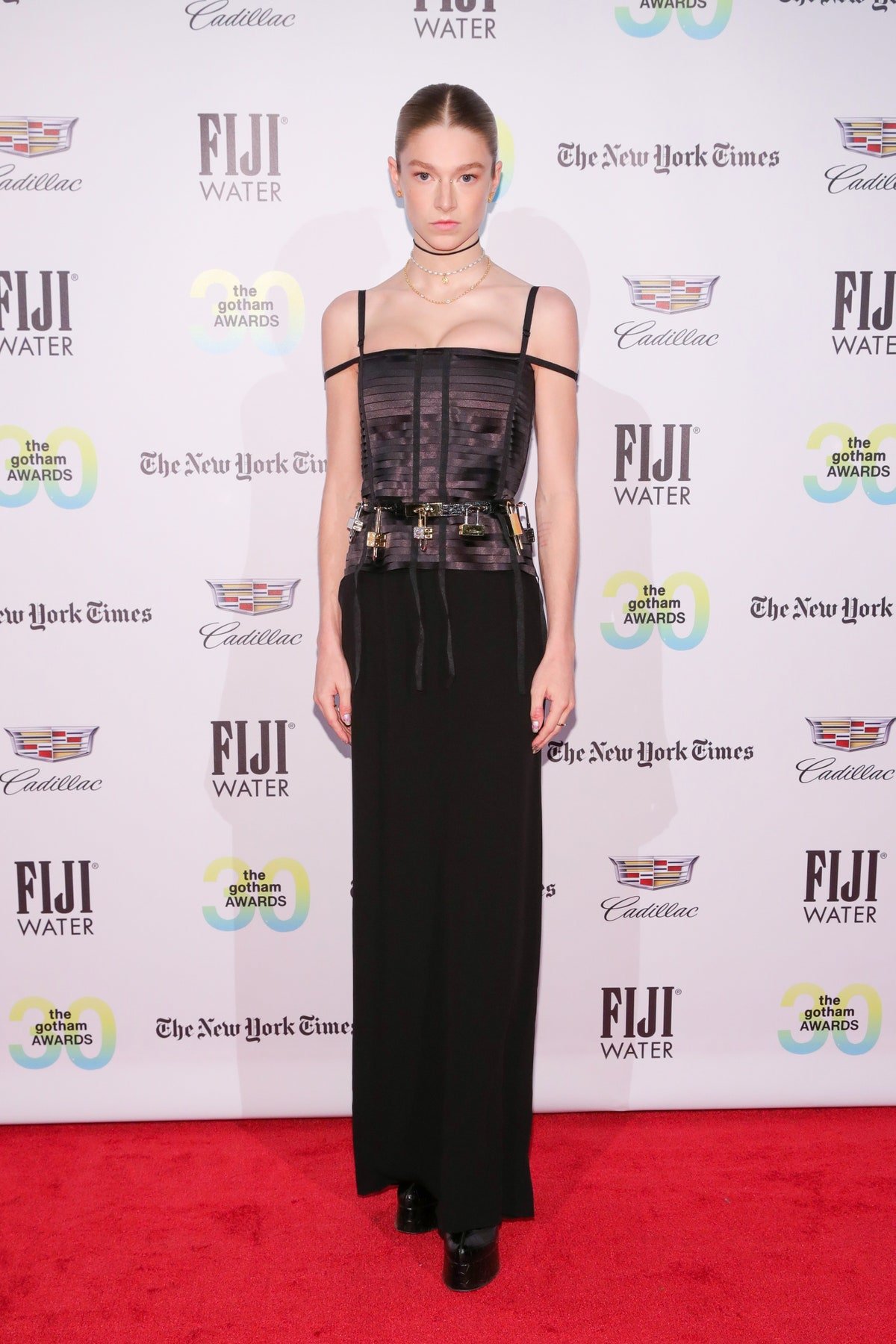 WHERE: The 30th Annual Gotham Awards 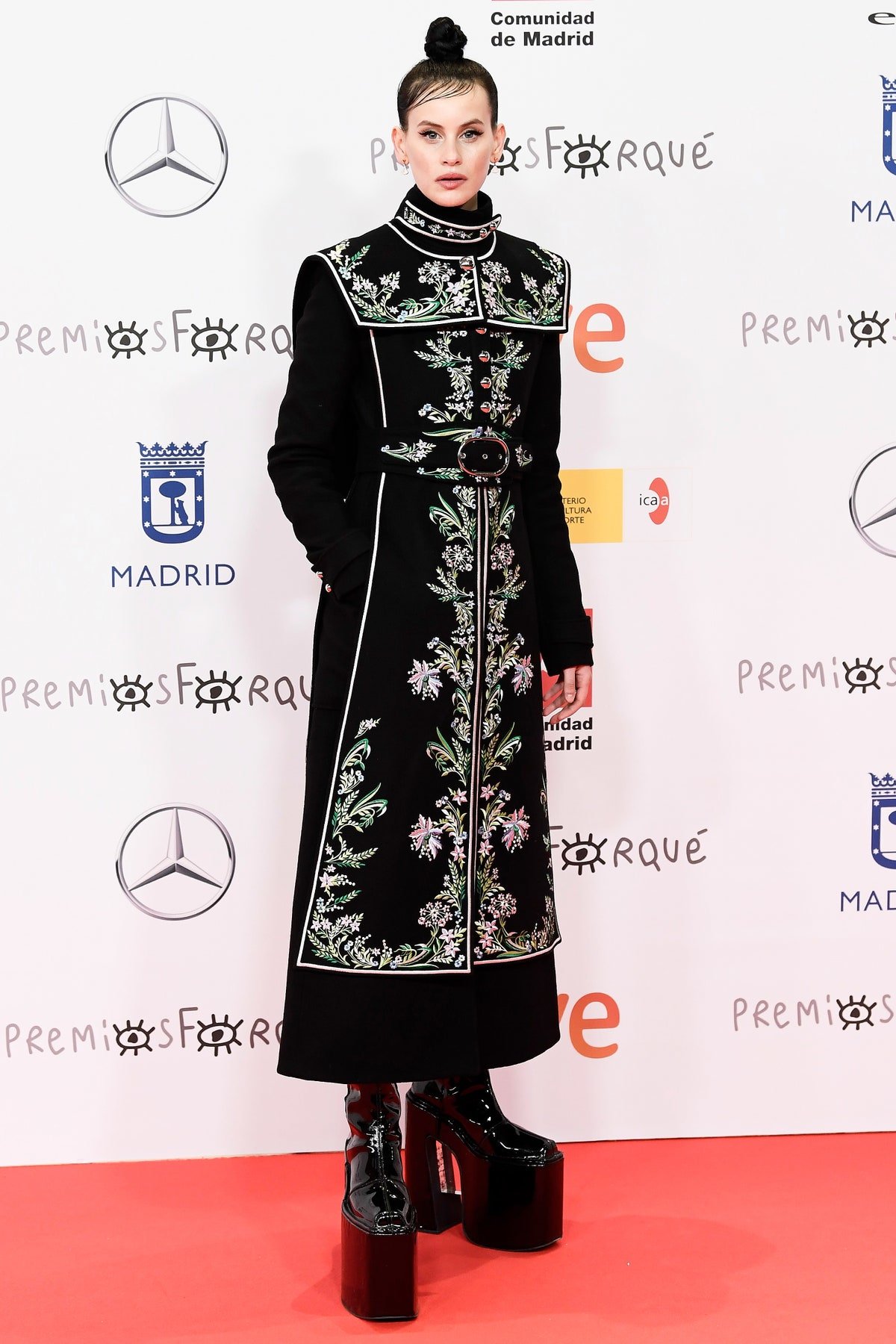 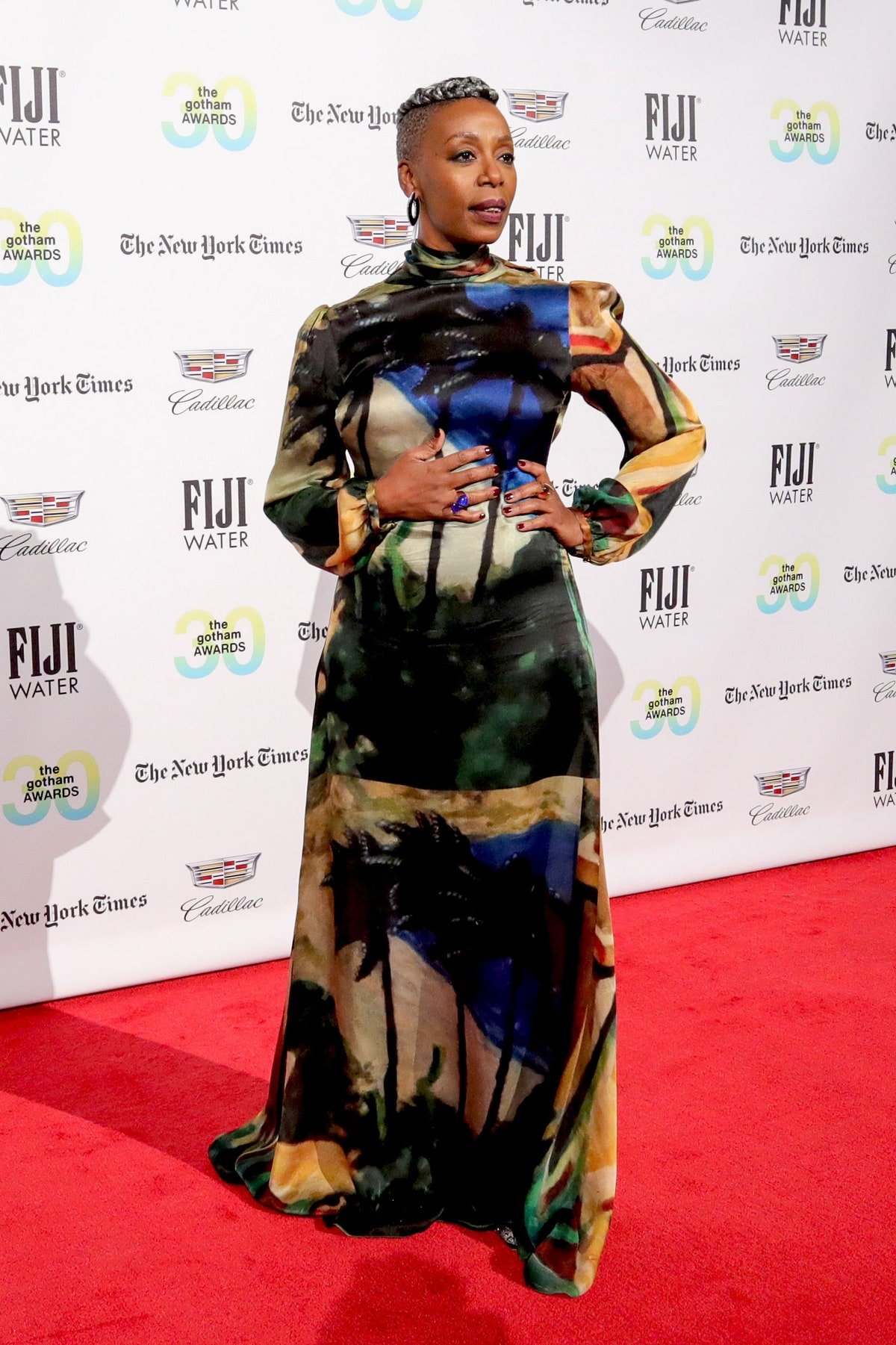 WHEN: The 30th Annual Gotham Awards 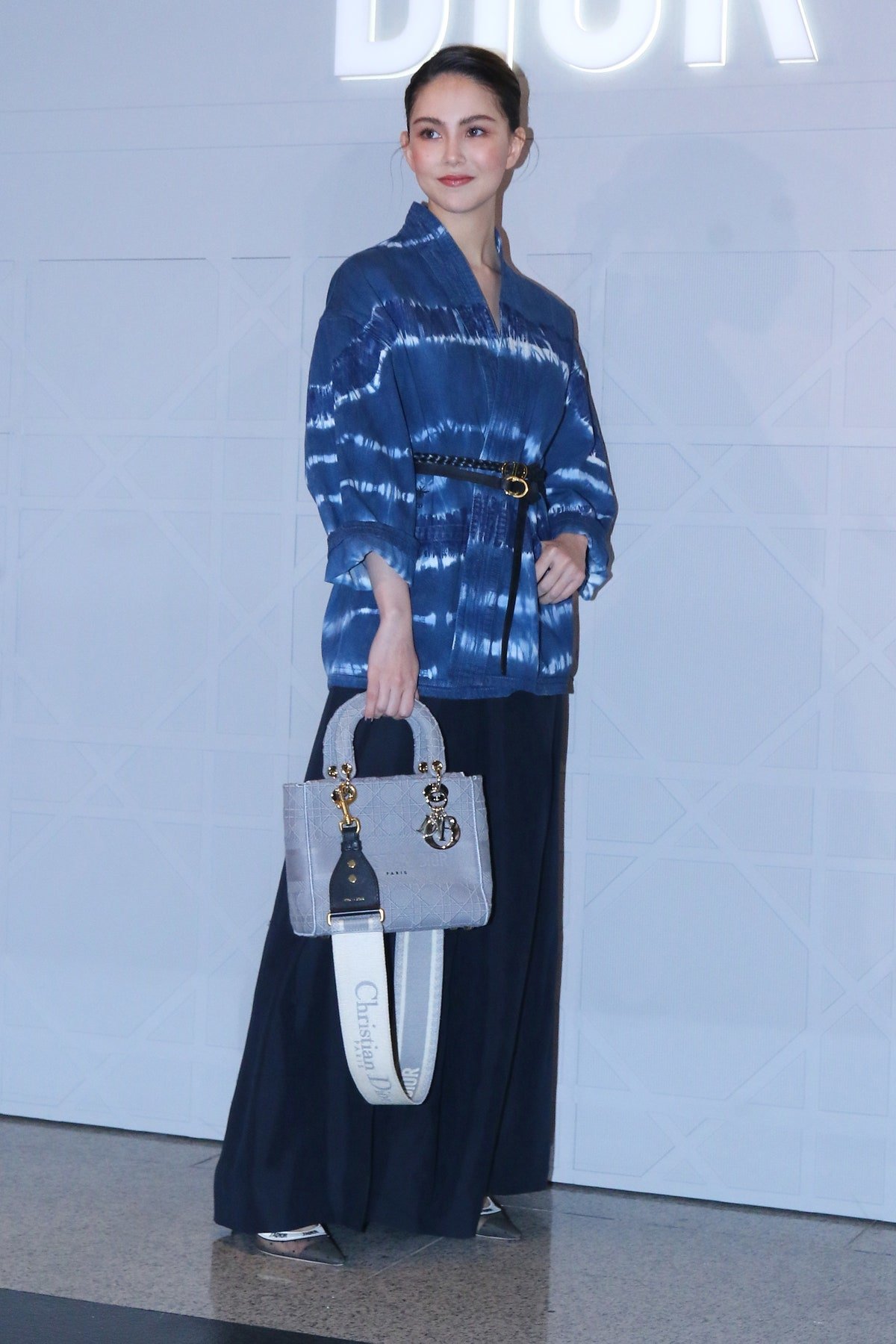 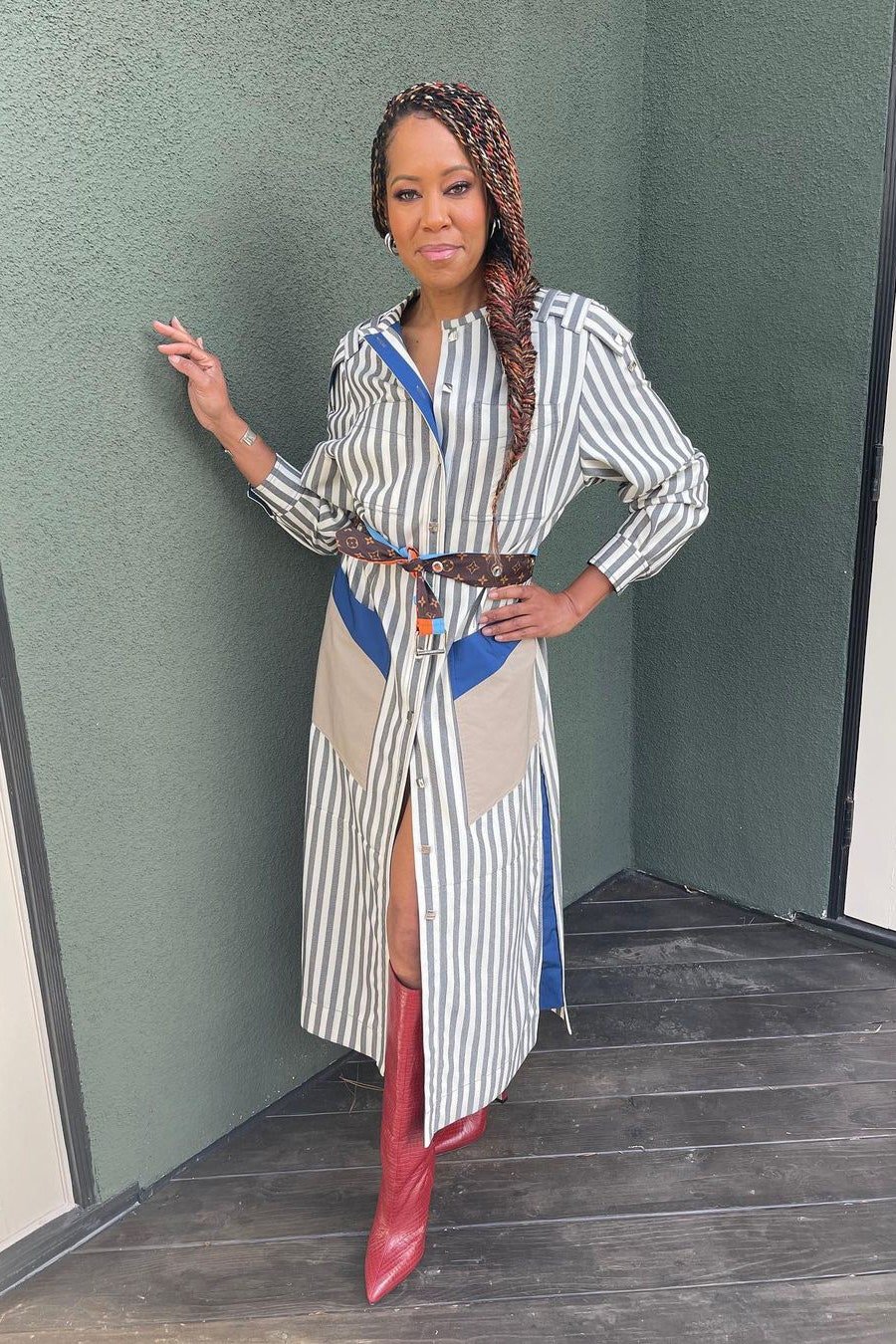 WHEN: One Night in Miami Press Days 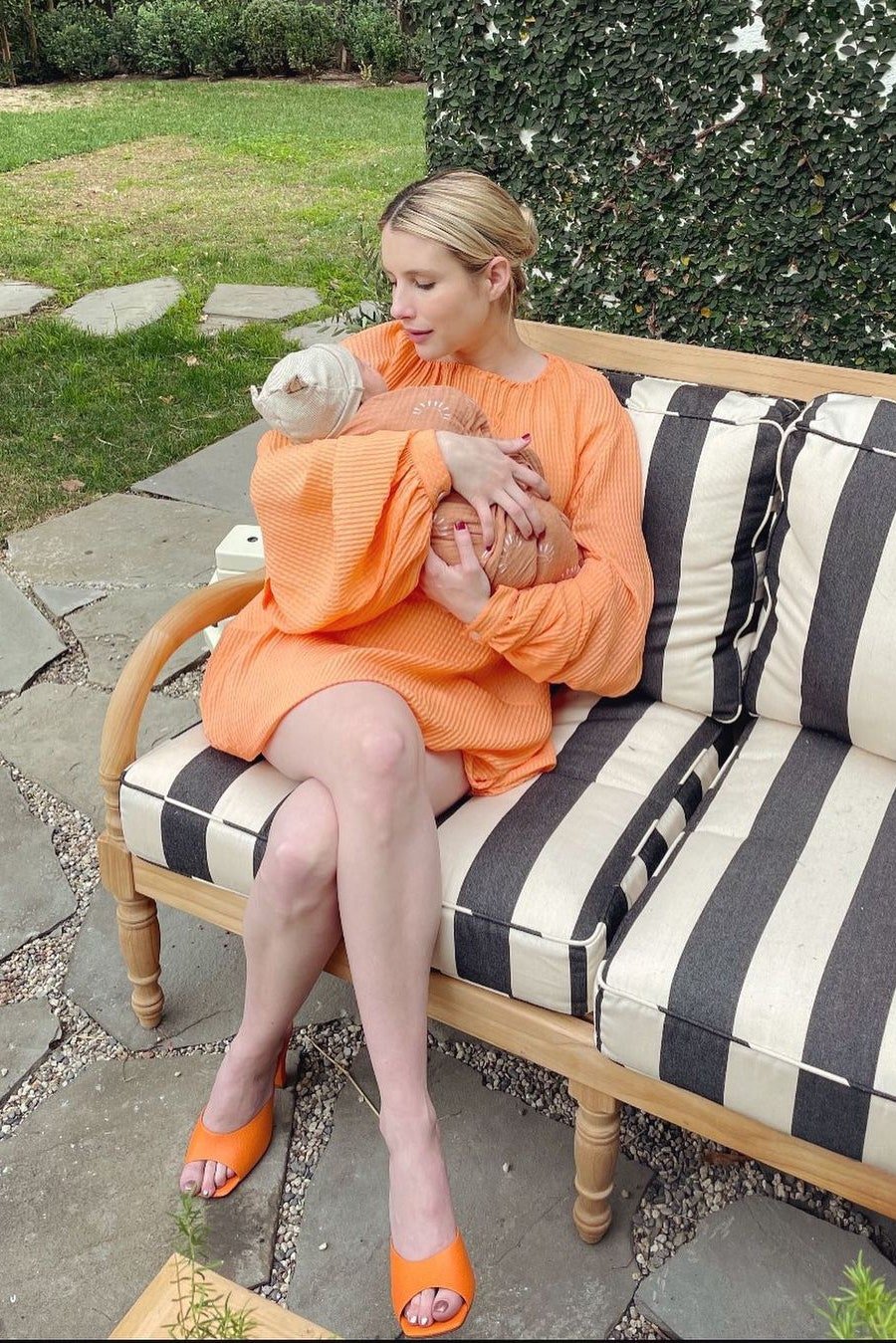 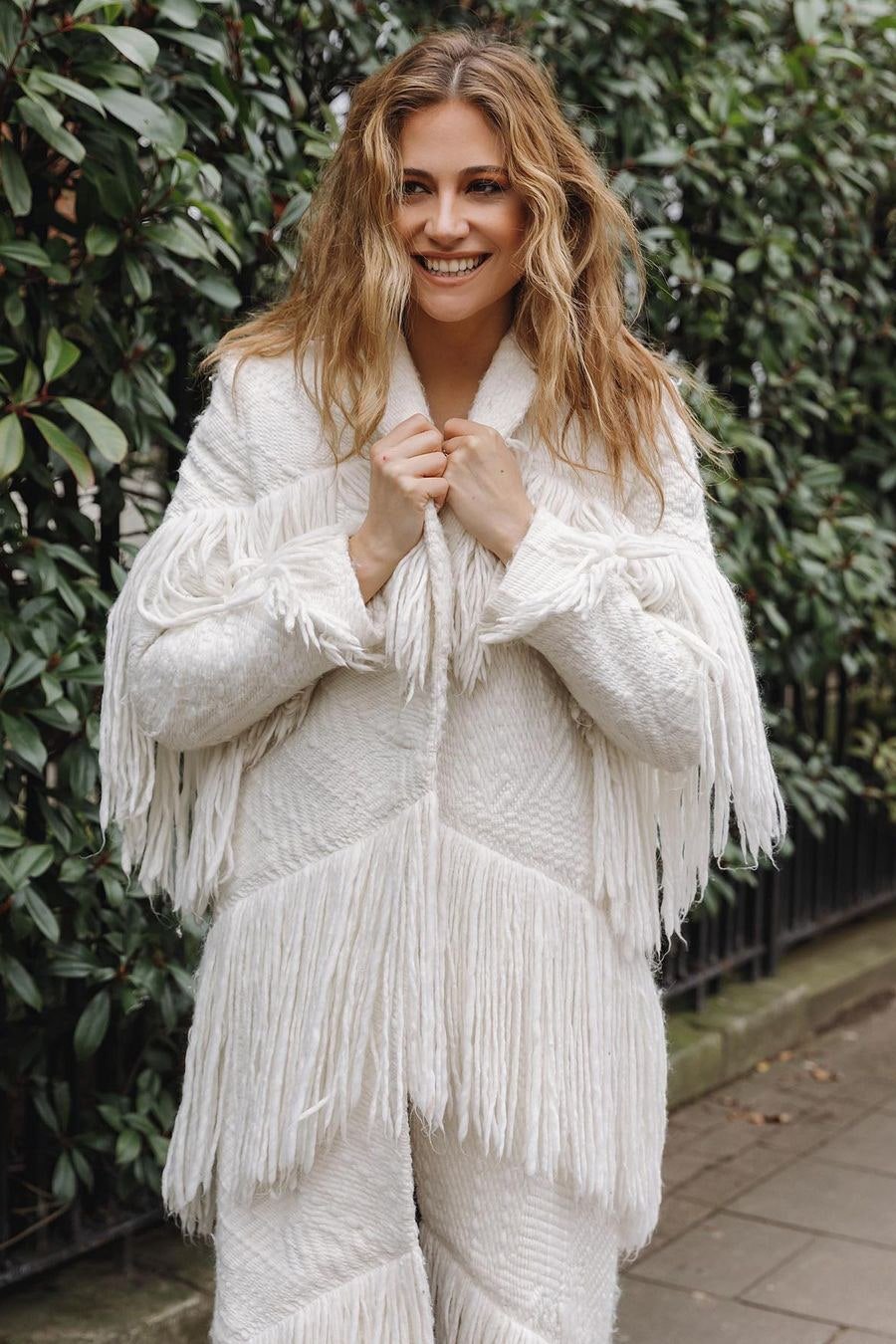 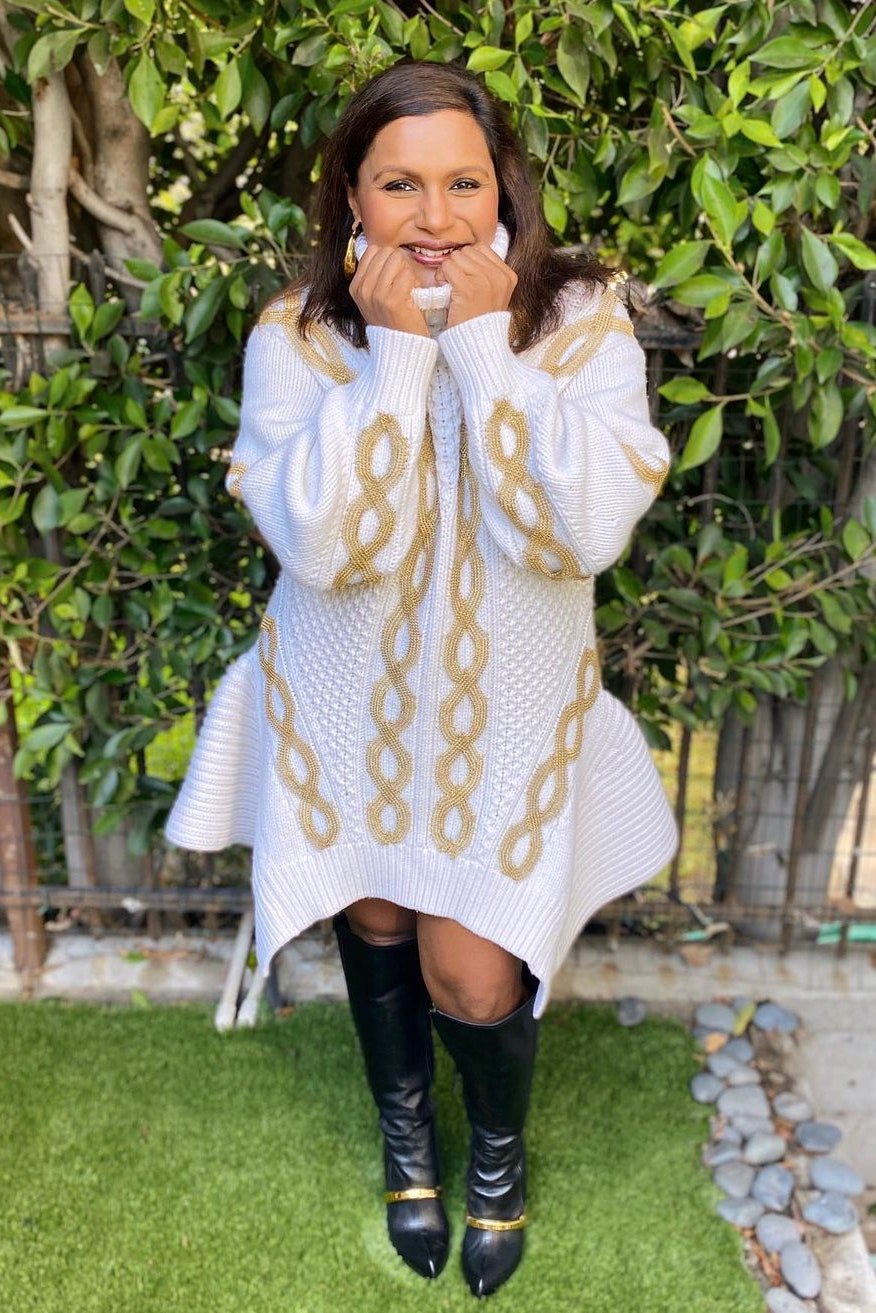 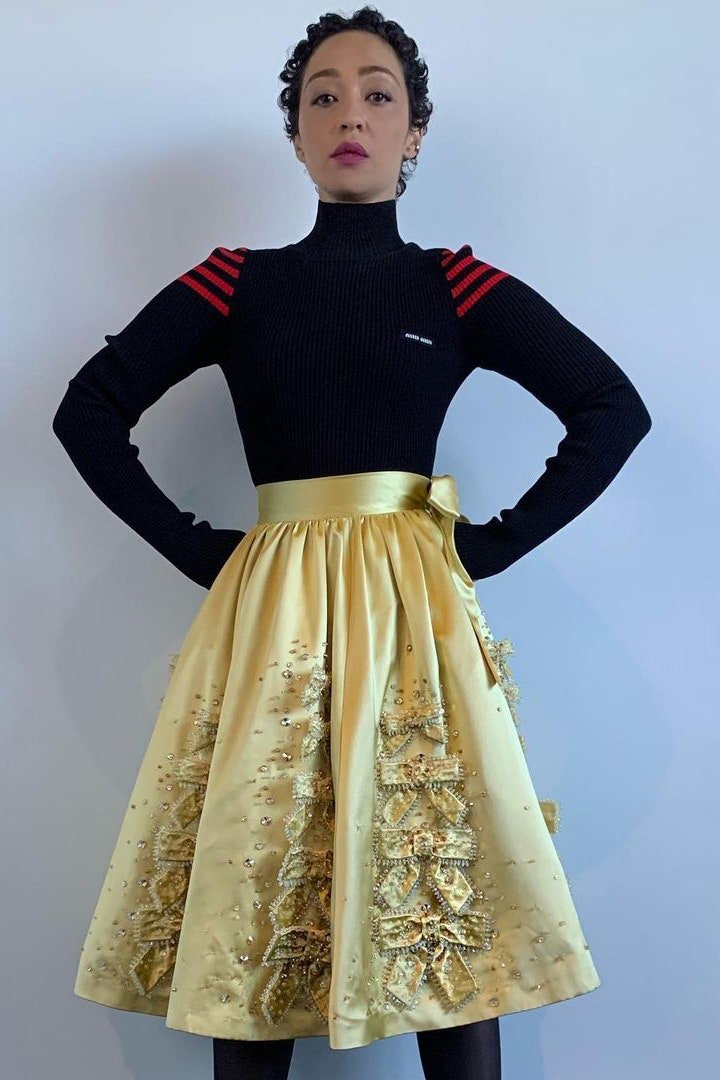