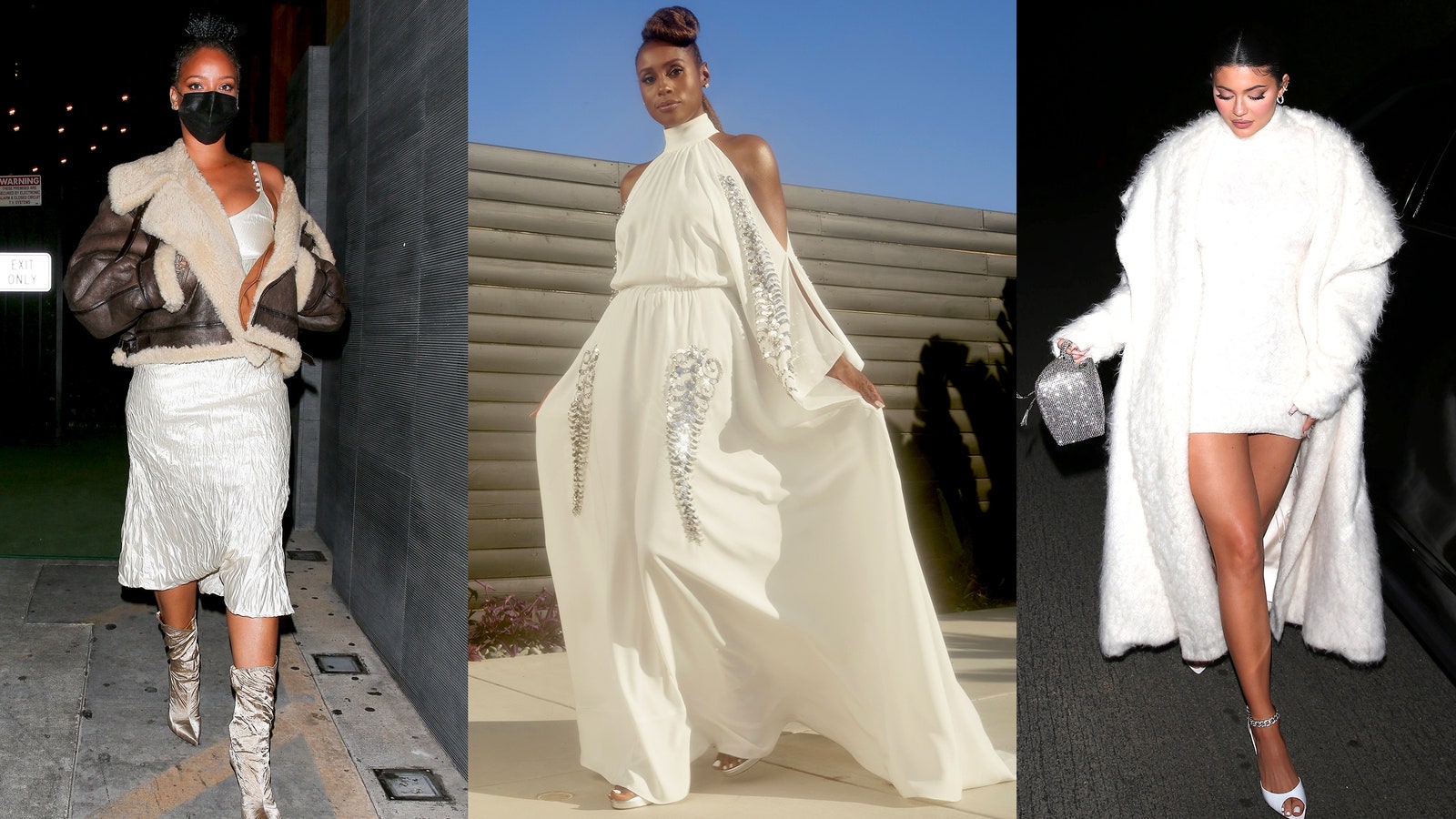 This Week, the Best Dressed Stars Stayed True to Themselves

This week, celebrities were content to have their style reflect their authentic selves.

Clothes can construct an image or subvert it, but this week celebrities were content to have their style reflect their authentic selves. Costume-y get-ups and over-the-top clothes were in short supply. Instead, the women who looked their best did so in subtle ways that nodded to their perspective on dressing. On the red carpet, Tracee Ellis Ross regularly delights in high-drama pieces from the runway. On Tuesday, the actress-turned-beauty-entrepreneur had a little fun at home in pieces from artist Sterling Ruby’s S.R. STUDIO. LA. CA. couture collection. Her bright red suit, detailed with patches featuring an excerpt from Clement Clarke Moore’s classic children’s poem ‘A Visit from St. Nicholas’ (aka ‘’Twas the Night Before Christmas’), was truly a gift. More than that, it honored Ross’s passion for fine art with a crossover worthy of her expansive collection.

As she primed the audience at The Tonight Show for her return to Saturday Night Live, comedy legend Maya Rudolph wore one of the most coveted pieces of the moment. Simone Rocha’s sold-out collection for H&M draws its inspiration from the designer’s archives and an unapologetically pretty exploration of florals and volume. An accessible introduction to one of fashion’s most innovative talents, Rudolph’s puff-sleeved floral look was chic, even as she and host Jimmy Fallon descended into giggles imitating inanimate objects while playing the show’s “mimic challenge.”

Rihanna is always herself, but she never seems more at home than when she’s hanging out at her favorite LA eatery, the family-run Italian restaurant Giorgio Baldi. She mixed materials during her latest trip by layering R13’s chunky shearling jacket over a gauzy crinkled slip dress by Dutch designer Peet Dullaert. Much of the handmade piece’s exquisite detailing was hidden beneath her outerwearขyou only get a hint of its baroque pearls—but its impact remained. Add on Fenty’s satin parachute boots for a final touch of texture and you have an outfit that is elegant yet cool.

The tactile charms of Kylie Jenner’s mini-dress and overcoat combo from LaQuan Smith were equally appealing. All white and crafted from fuzzy wool, the cozy fabrication was the second of two looks from Smith’s fall/winter 2021 collection that Jenner wore this week. Fuzzy and fantastical, the monochromatic glamour of Smith’s designs and Amina Muaddi’s heels turned Jenner’s dinner outing into one of her best fashion moments. 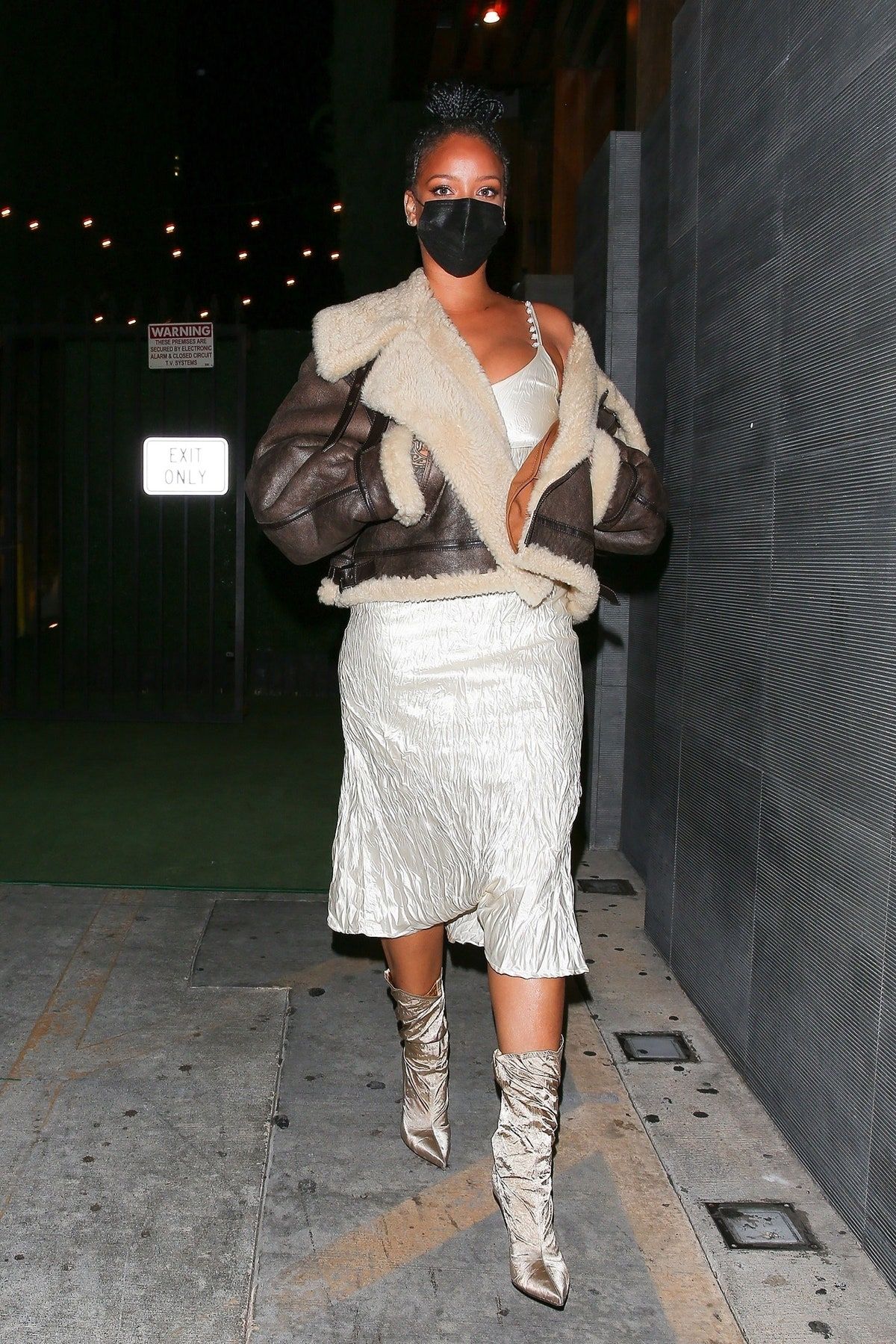 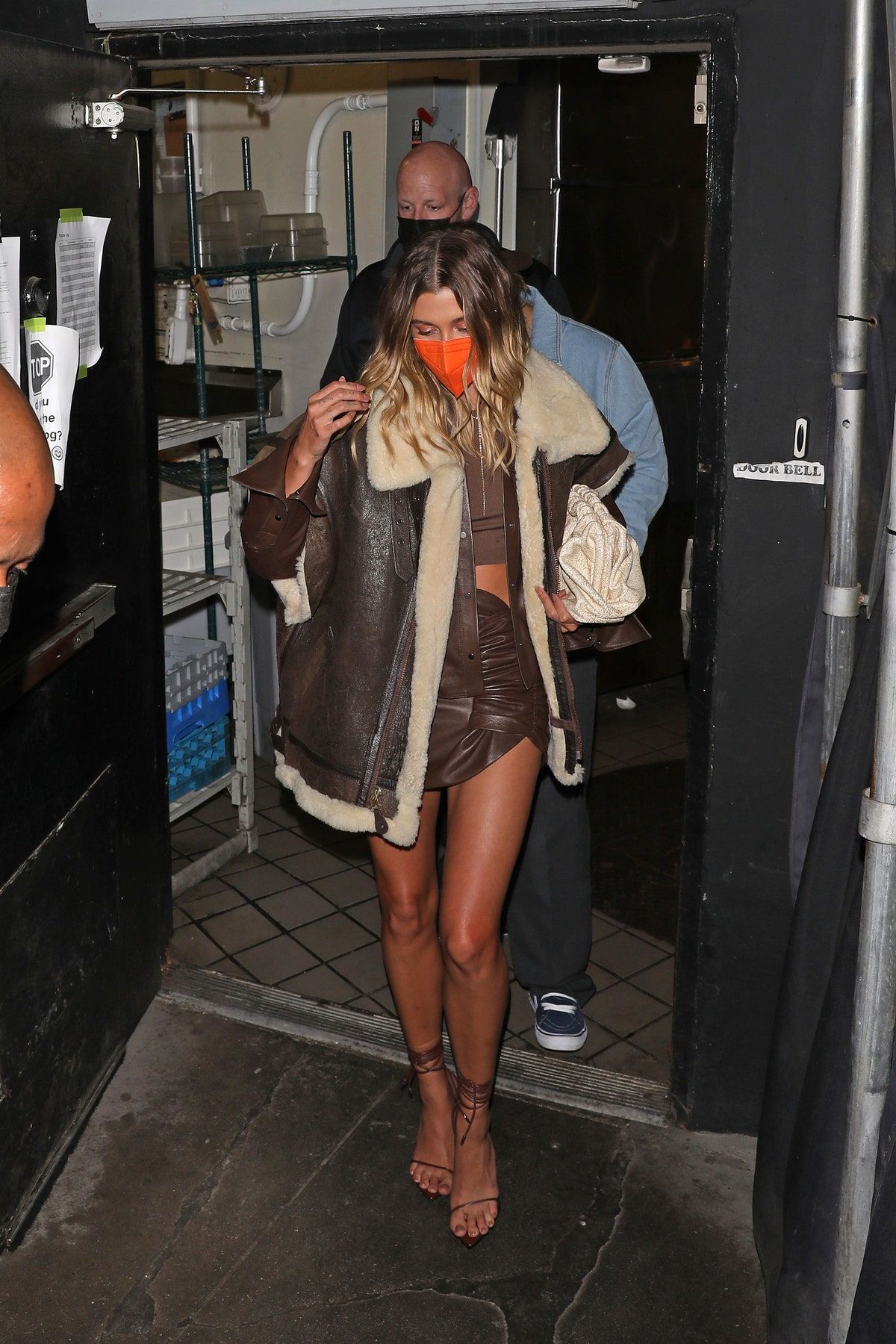 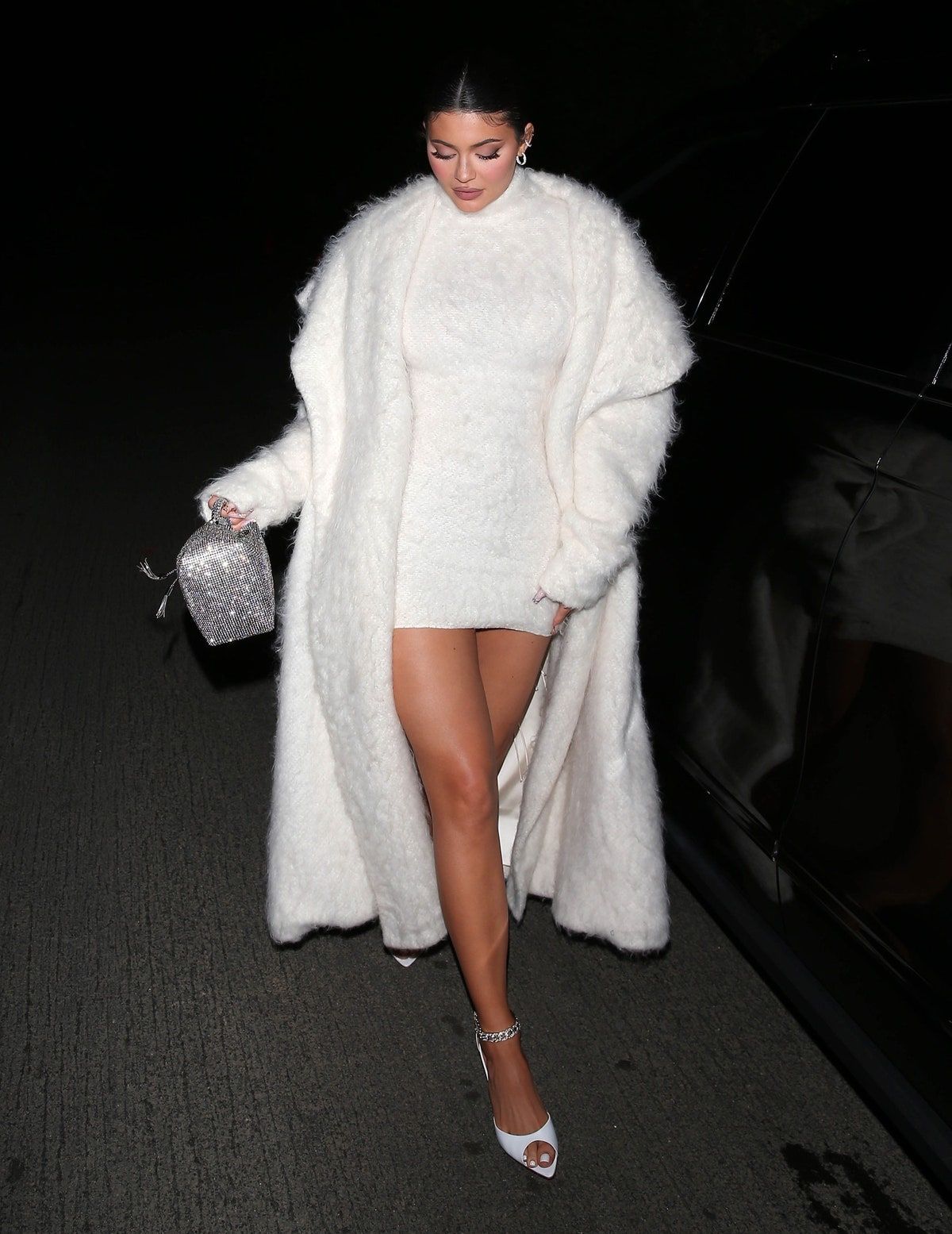 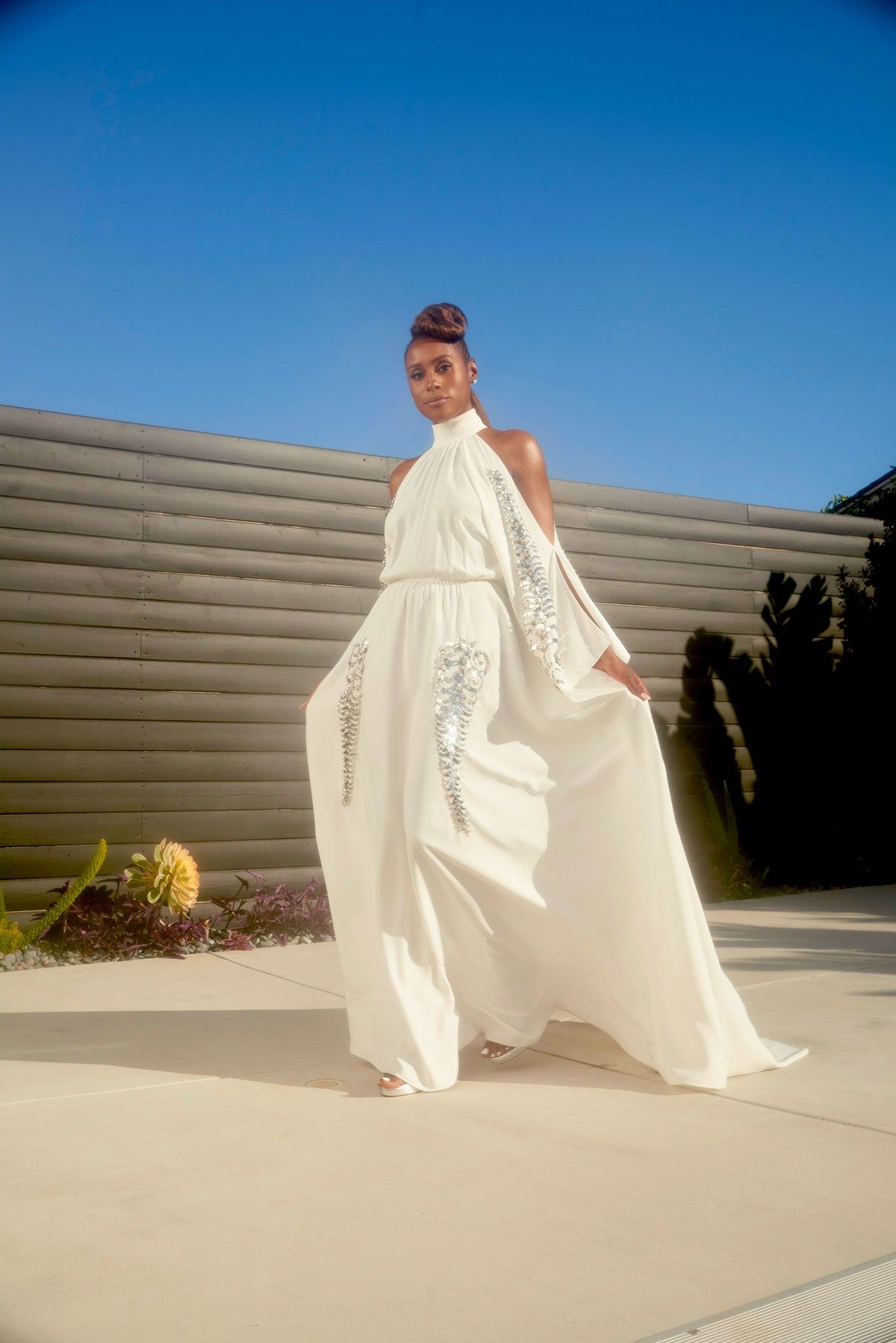 WHO: Issa Rae
WHAT: Prada
WHERE: NAACP Image Awards
WHEN: March 27 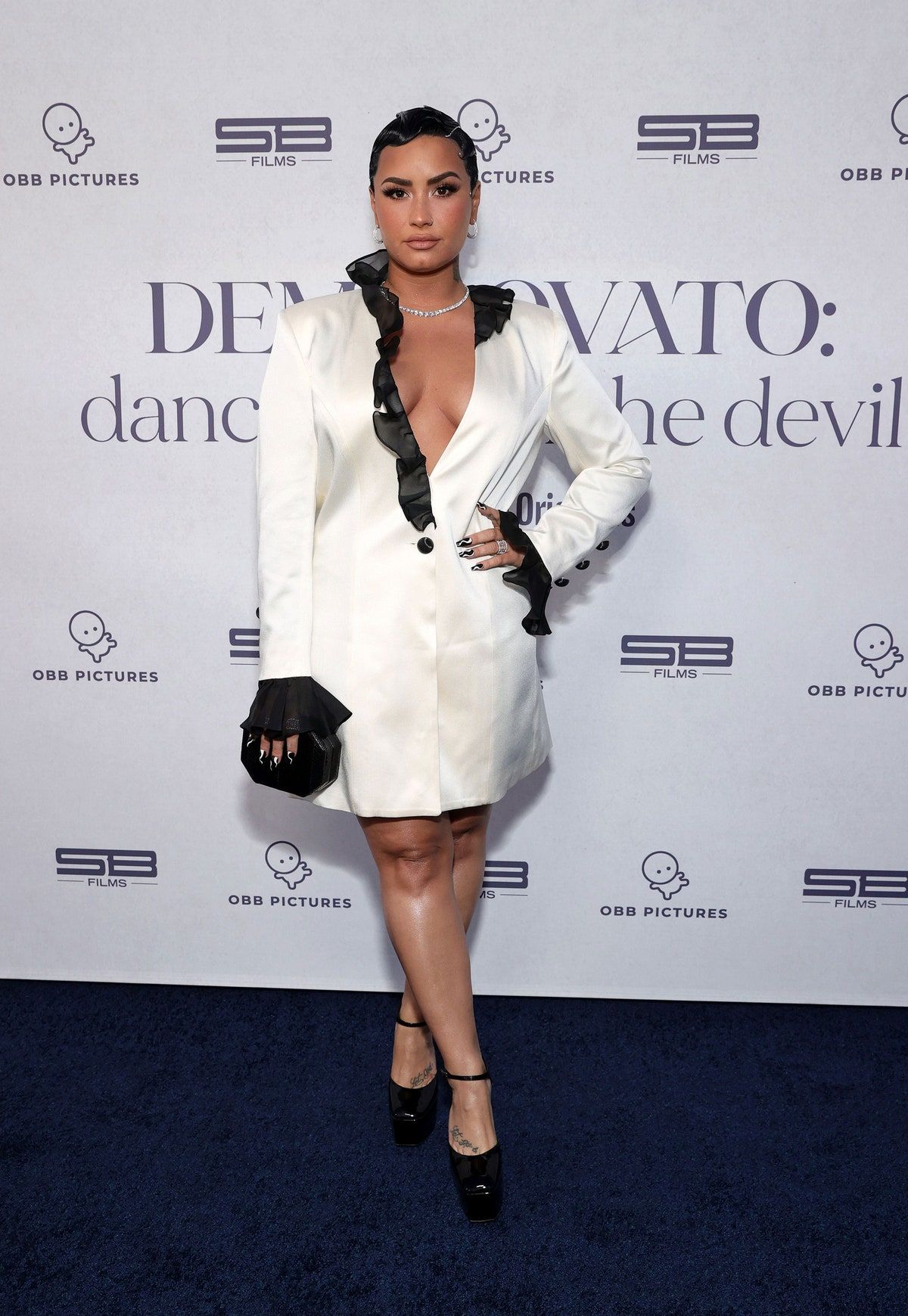 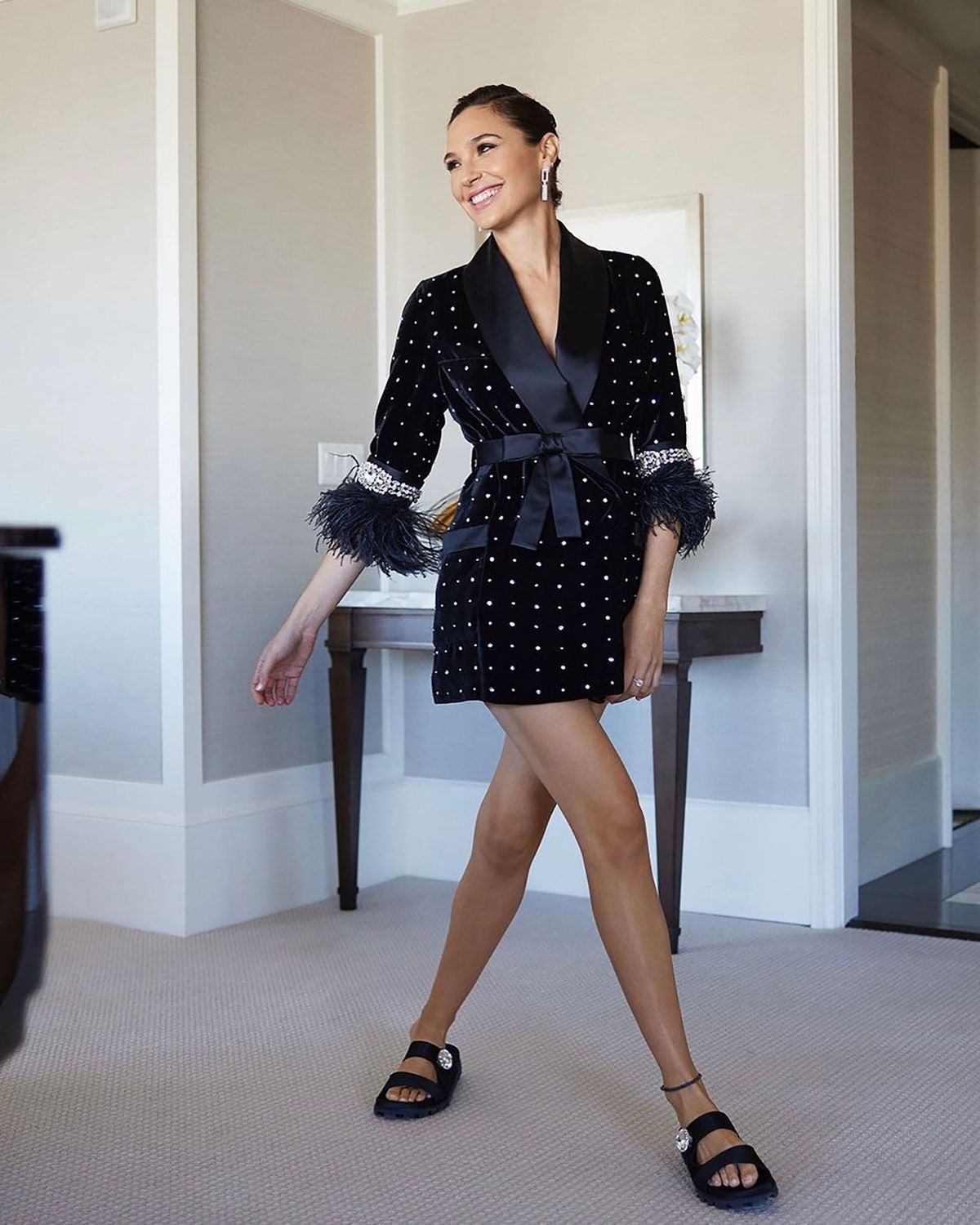 WHO: Gal Gadot
WHAT: Miu Miu
WHERE: The Producer’s Guild Awards
WHEN: March 24 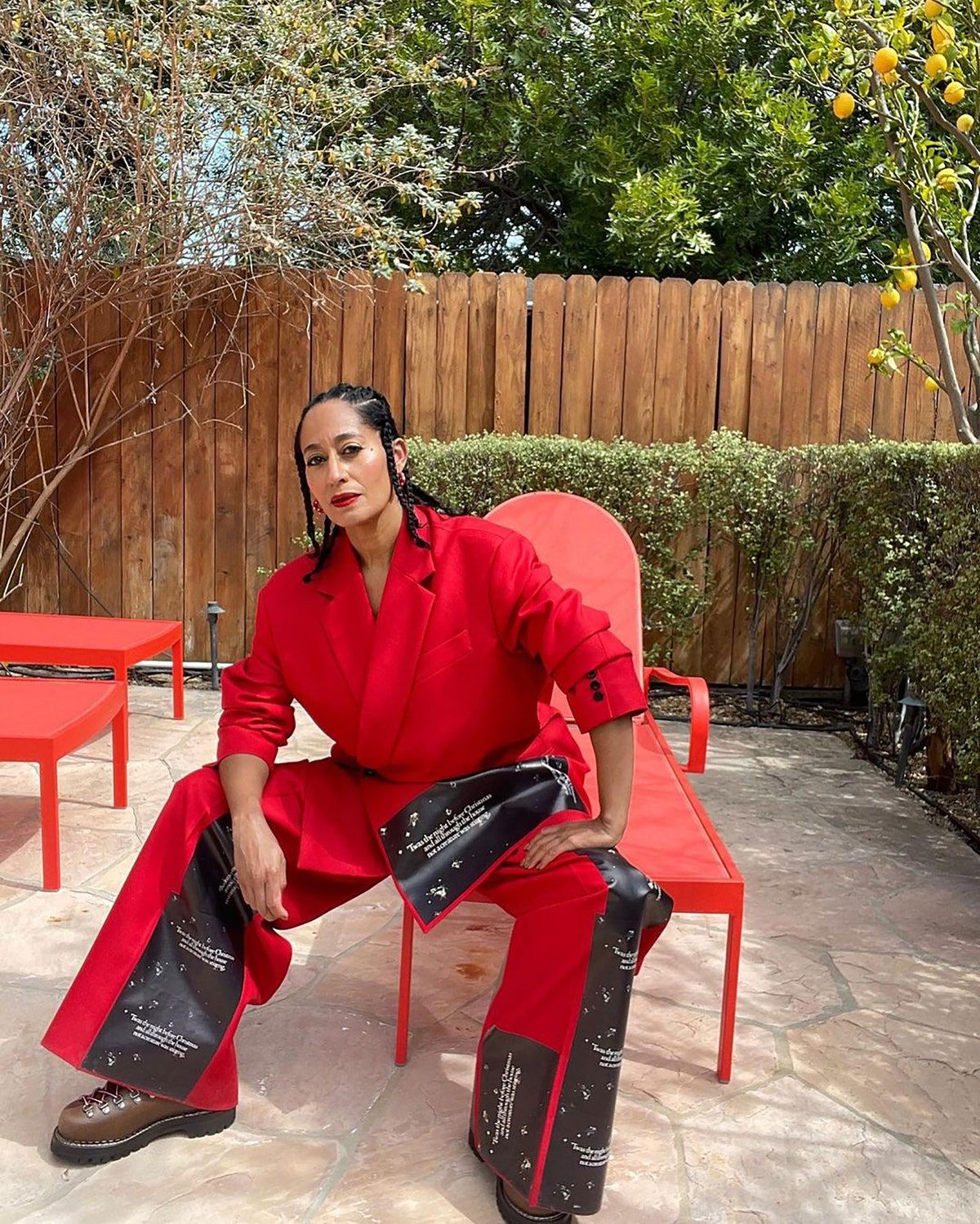 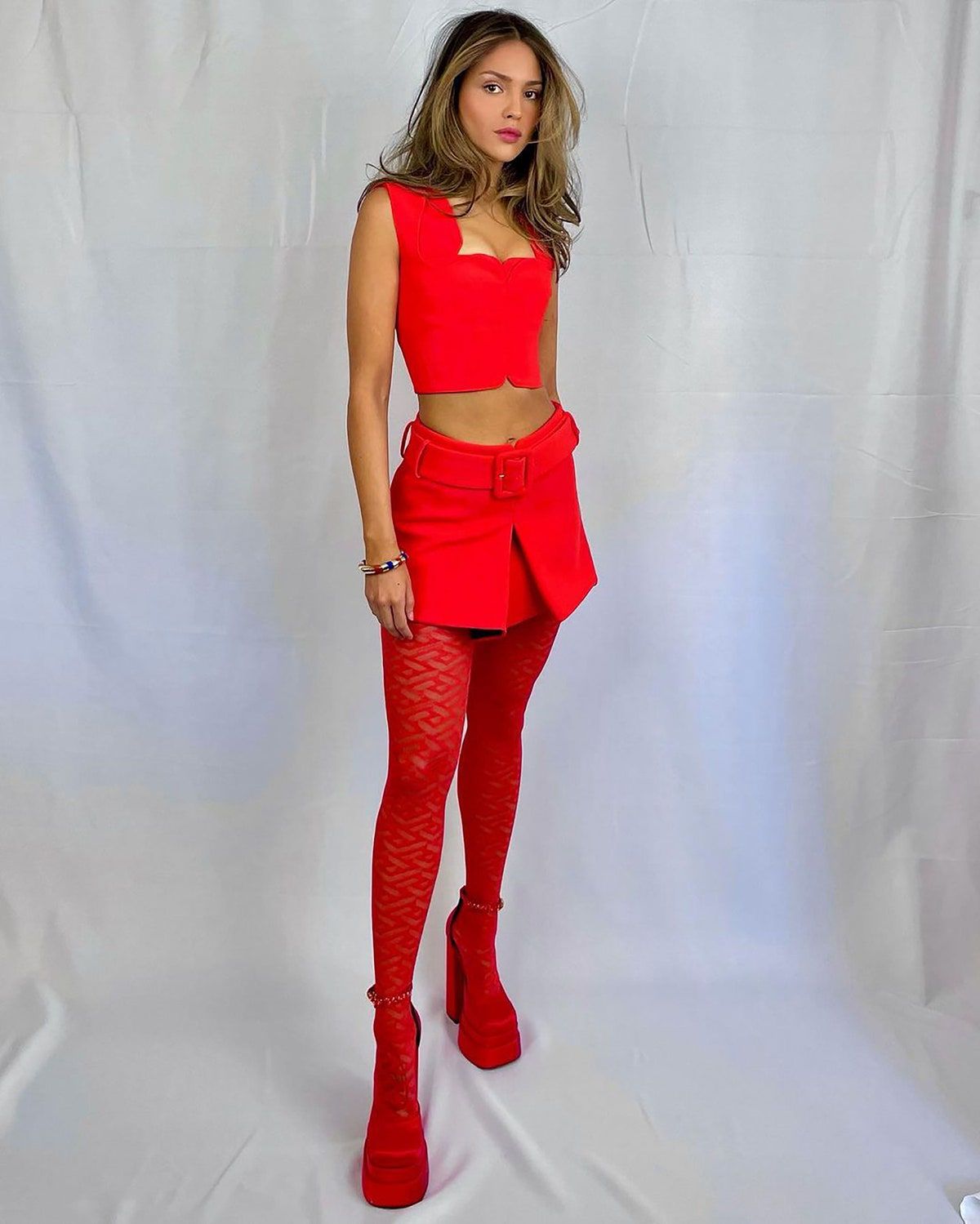 WHO: Eiza Gonzalez
WHAT: Versace
WHERE: The Kelly Clarkson Show
WHEN: March 24 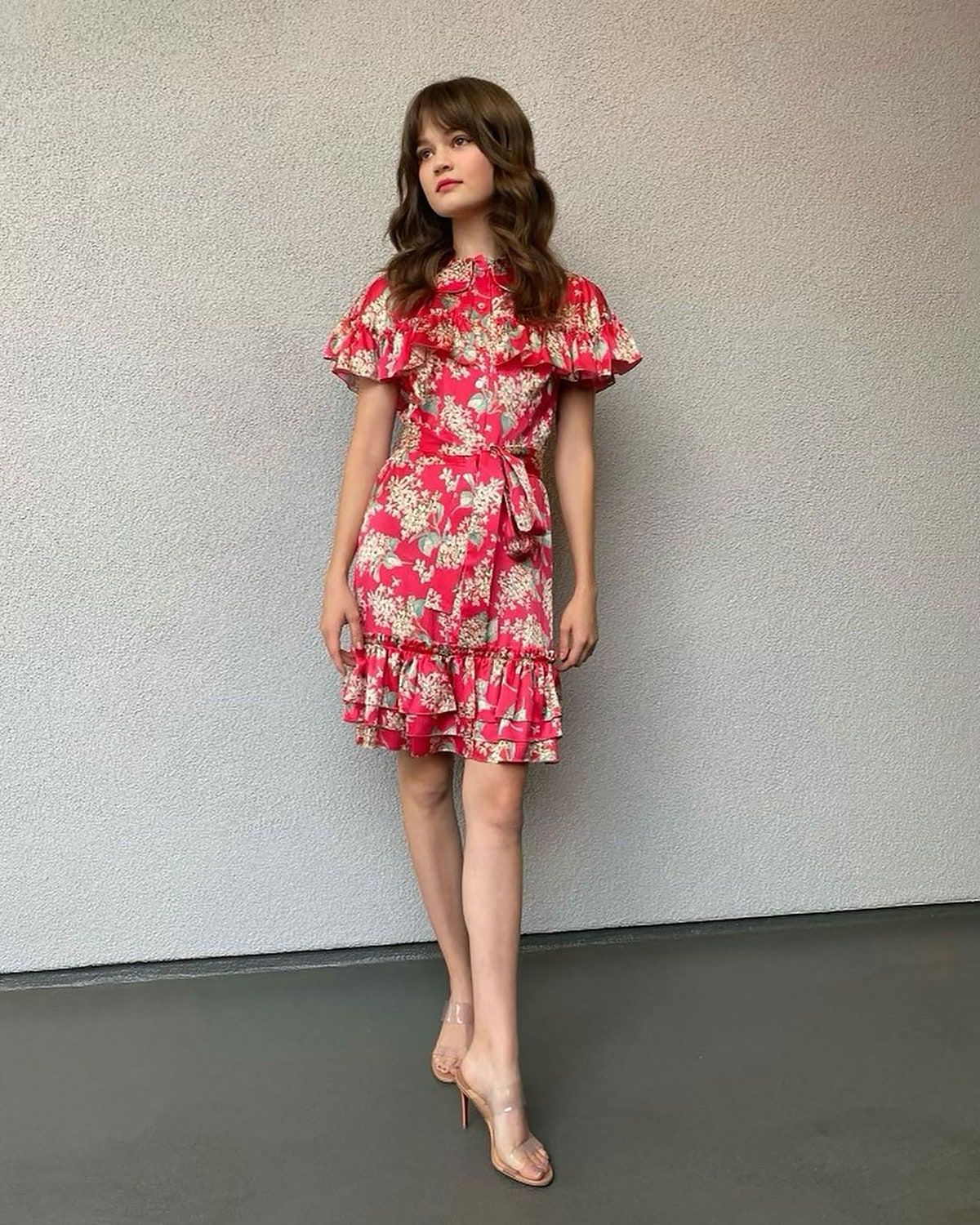 WHO: Ciara Bravo
WHAT: The Vampire’s Wife
WHERE: Cherry Press Day
WHEN: March 26 WHO: Maya Rudolph
WHAT: Simone Rocha for H&M
WHERE: The Tonight Show with Jimmy Fallon
WHEN: March 25