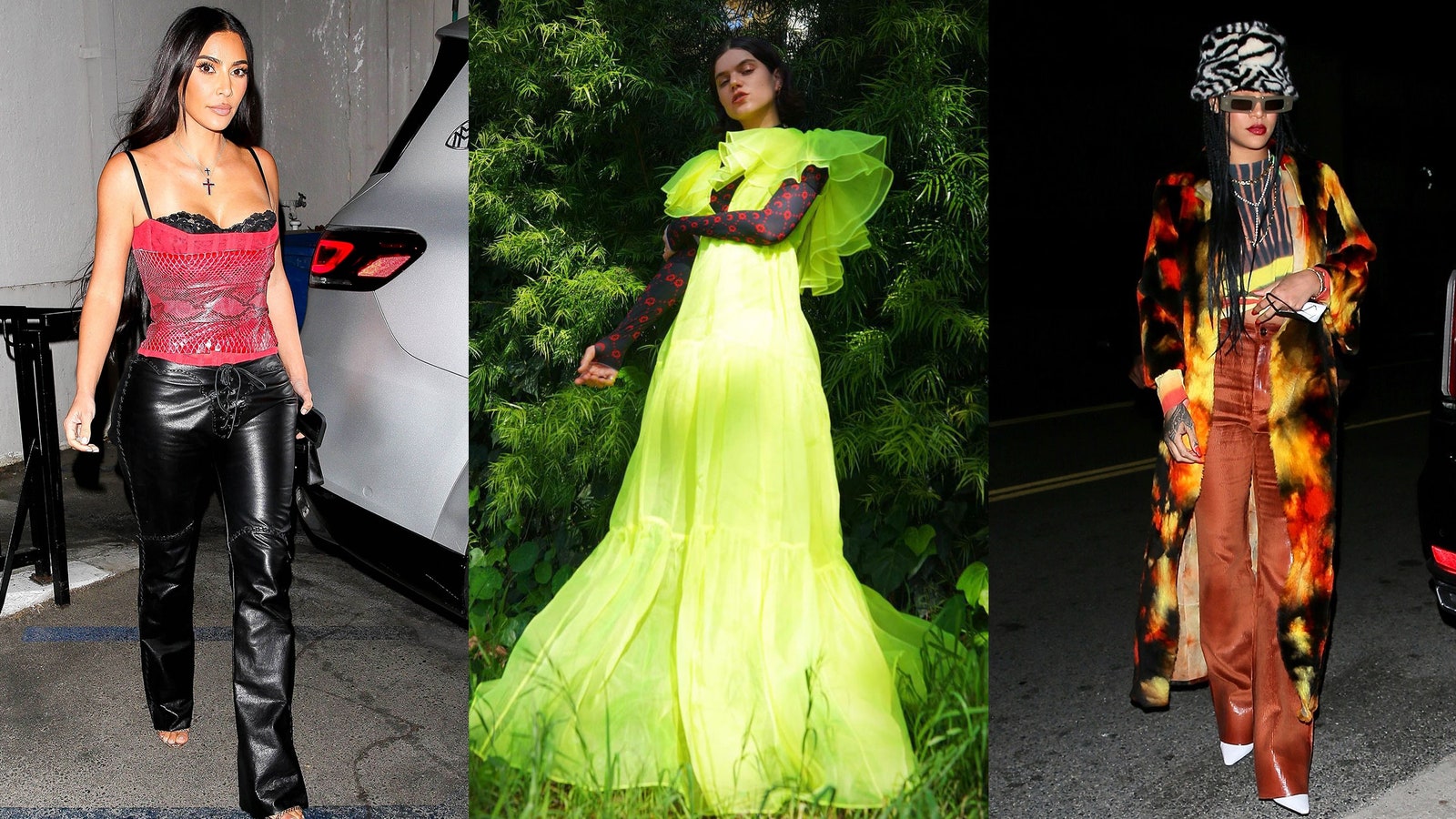 Why play it safe when you can experience the fun of madcap style?

Fashion rewards don’t come without risk. Those who play it safe with their outfits may live within the boundaries of good taste, but they never experience the fun of madcap style. Last week, as the best dressed stars headed out for their paparazzi strolls or sat down for Zoom calls, they did so in pieces that broke from the norm. Leading the charge as always was Rihanna, who on Saturday headed to her favorite LA restaurant, Giorgio Baldi, wearing a mishmash of ’90s trends in fiery tones. Clad in a zebra print R13 bucket hat, Dries van Noten’s trippy striped sweater, and a vintage Dolce & Gabbana tie-dye topper, Rihanna looked ready for a rave.

The visual stimulation wasn’t limited to fashion’s fearless. In Hollywood, Wonder Woman star Gal Gadot’s maternity wardrobe continued to delight, and her turn in Gabriela Heart’s carbon-neutral knitwear at the Sun Valley Film Festival didn’t disappoint. Gadot chose Hearst’s upcycled cashmere ‘Ocon’ dress to pick up the event’s Vision Award. Detailed with a circular crochet pattern bearing all the rainbow’s colors, it was an upbeat take on sustainable chic and one of the actress’s best looks to date.

Even with all the vivid hues and statement patterns, the week’s most surprising proposition came in the form of a vintage silhouette: capri pants. In lieu of her usual leggings and jeans, Hailey Bieber took Miu Miu’s faux leather capris for a spin, pairing them with a bedazzled tank and a pair of mules. Bieber’s slinky social media pose was pure 2021, but it would be easy to imagine her cropped trousers and fringe flecked top on a retro rebel like Rizzo from Grease. 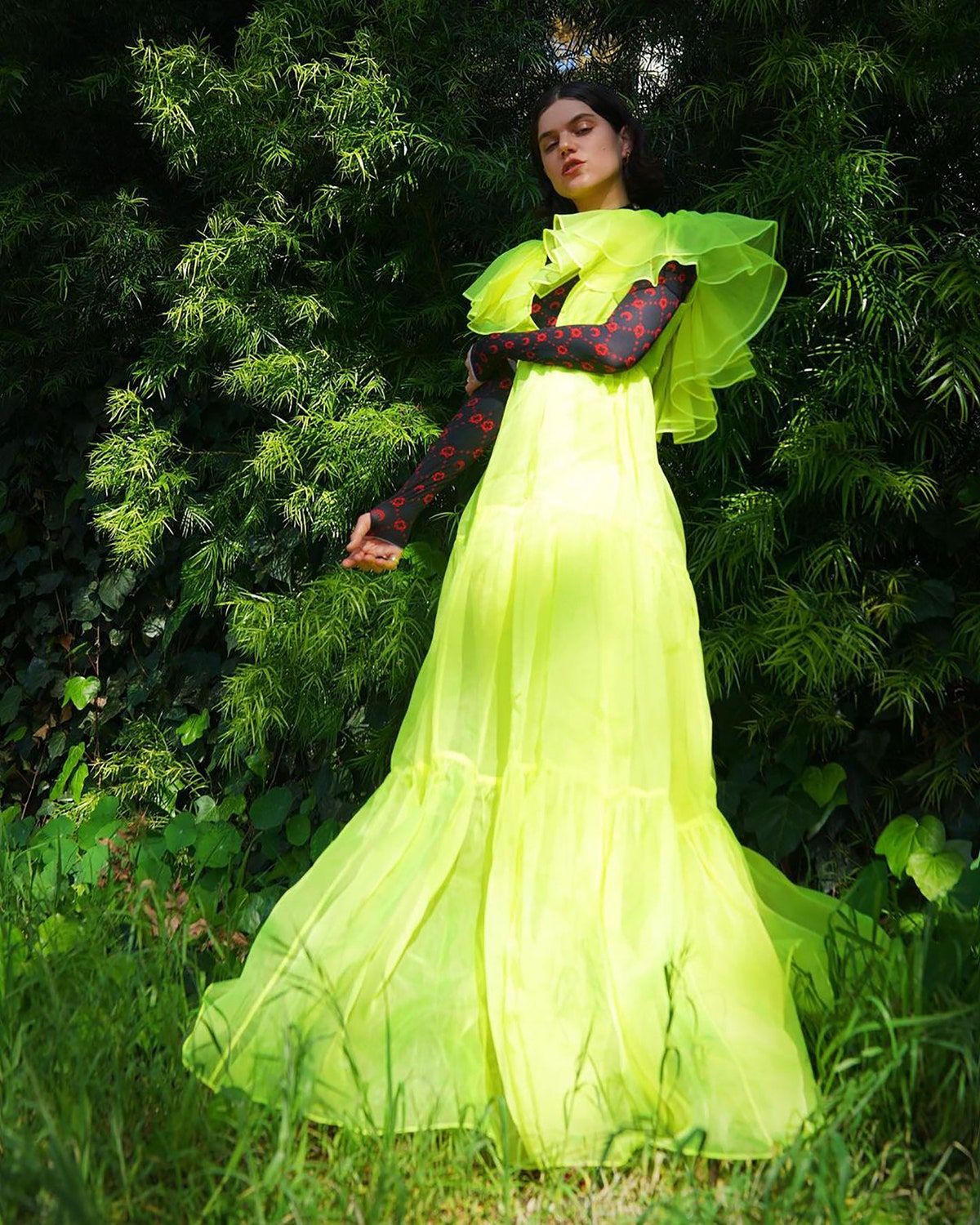 WHO: Soko
WHAT: Cinq a Sept dress, Marine Serre top, Gucci shoes
WHERE: Instagram
WHEN: April 12 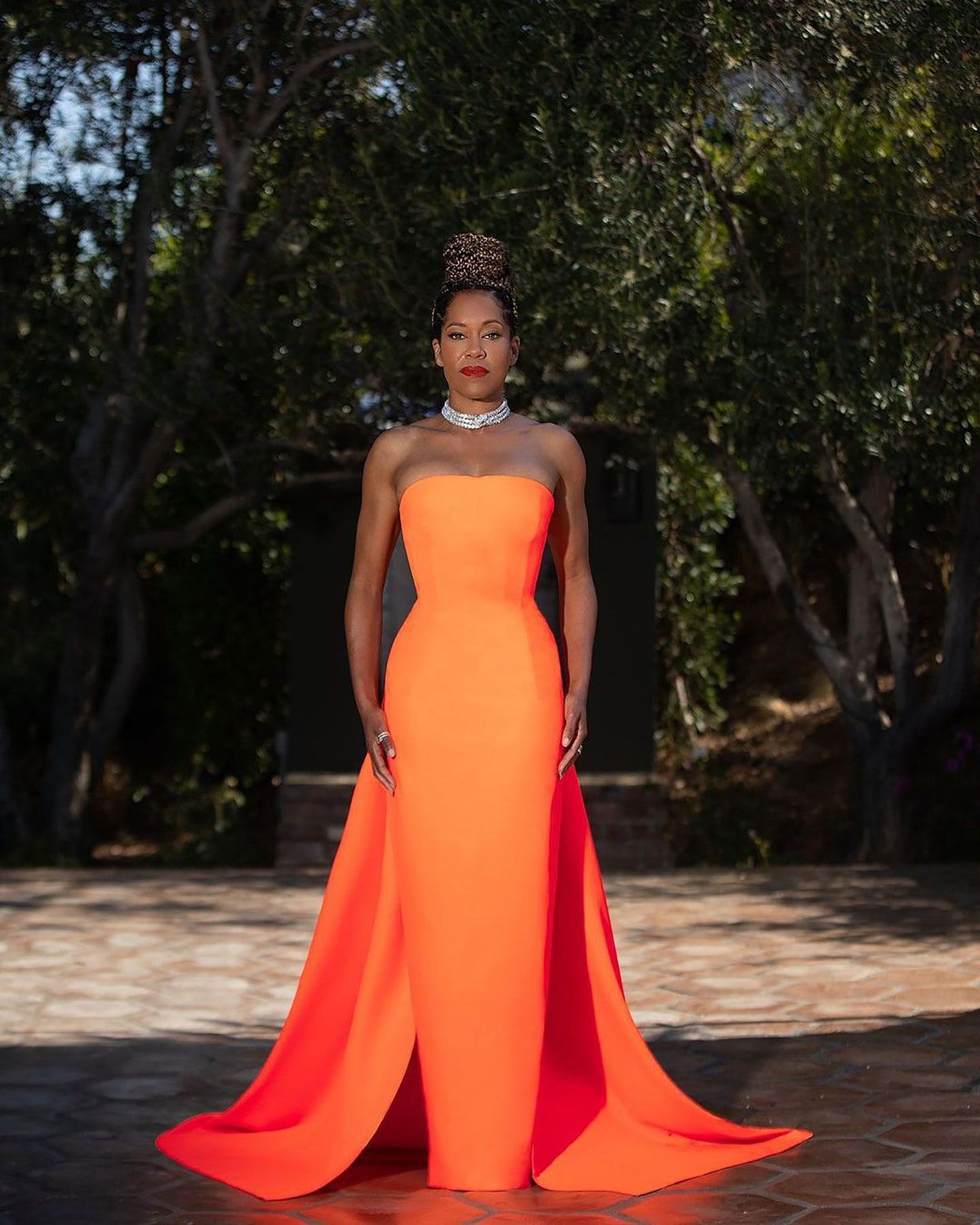 WHO: Regina King
WHAT: Christopher John Rogers
WHERE: The 23rd Costume Designer Guild Awards
WHEN: April 13 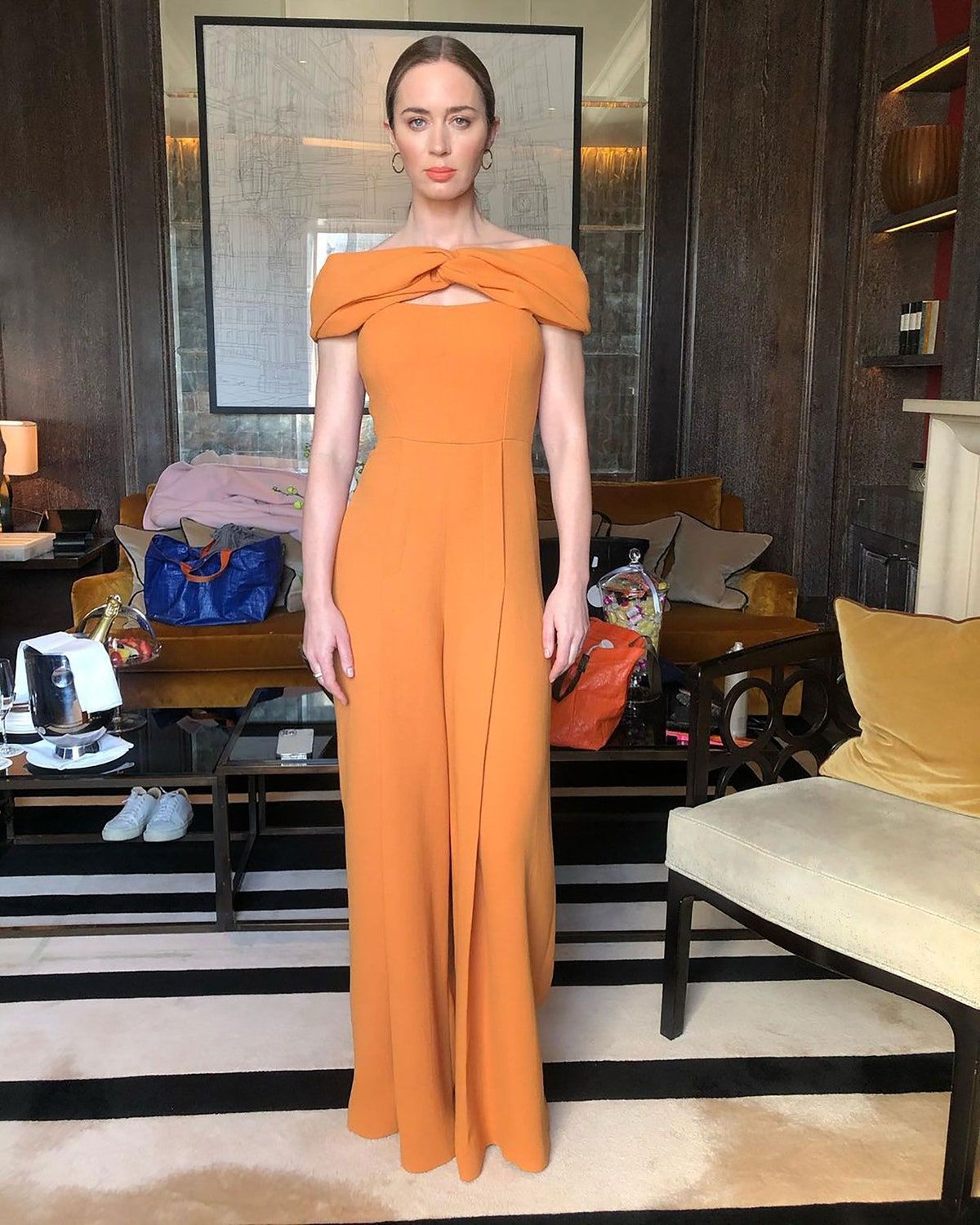 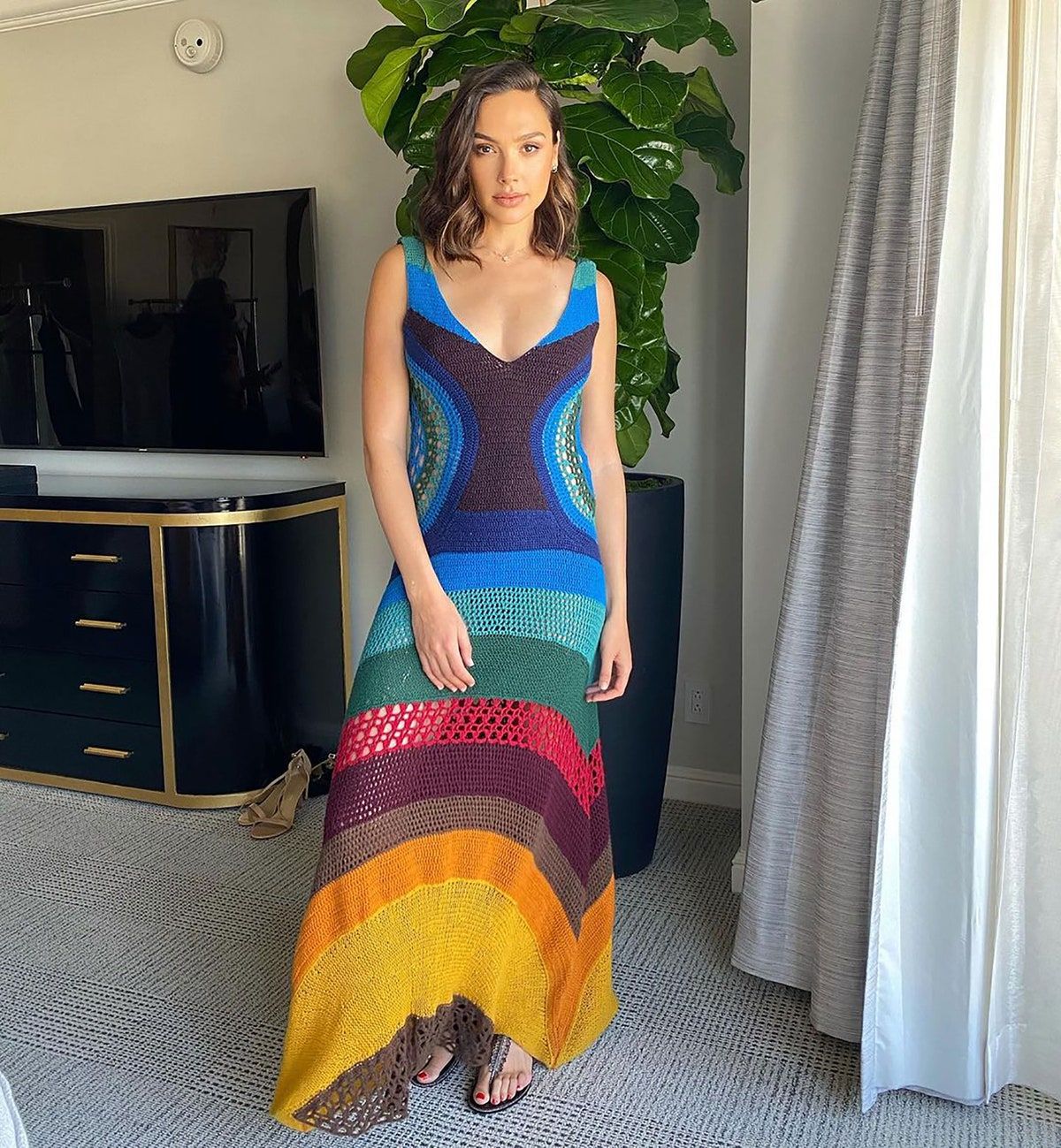 WHO: Gal Gadot
WHAT: Gabriela Hearst
WHERE: Sun Valley Film Festival
WHEN: April 14 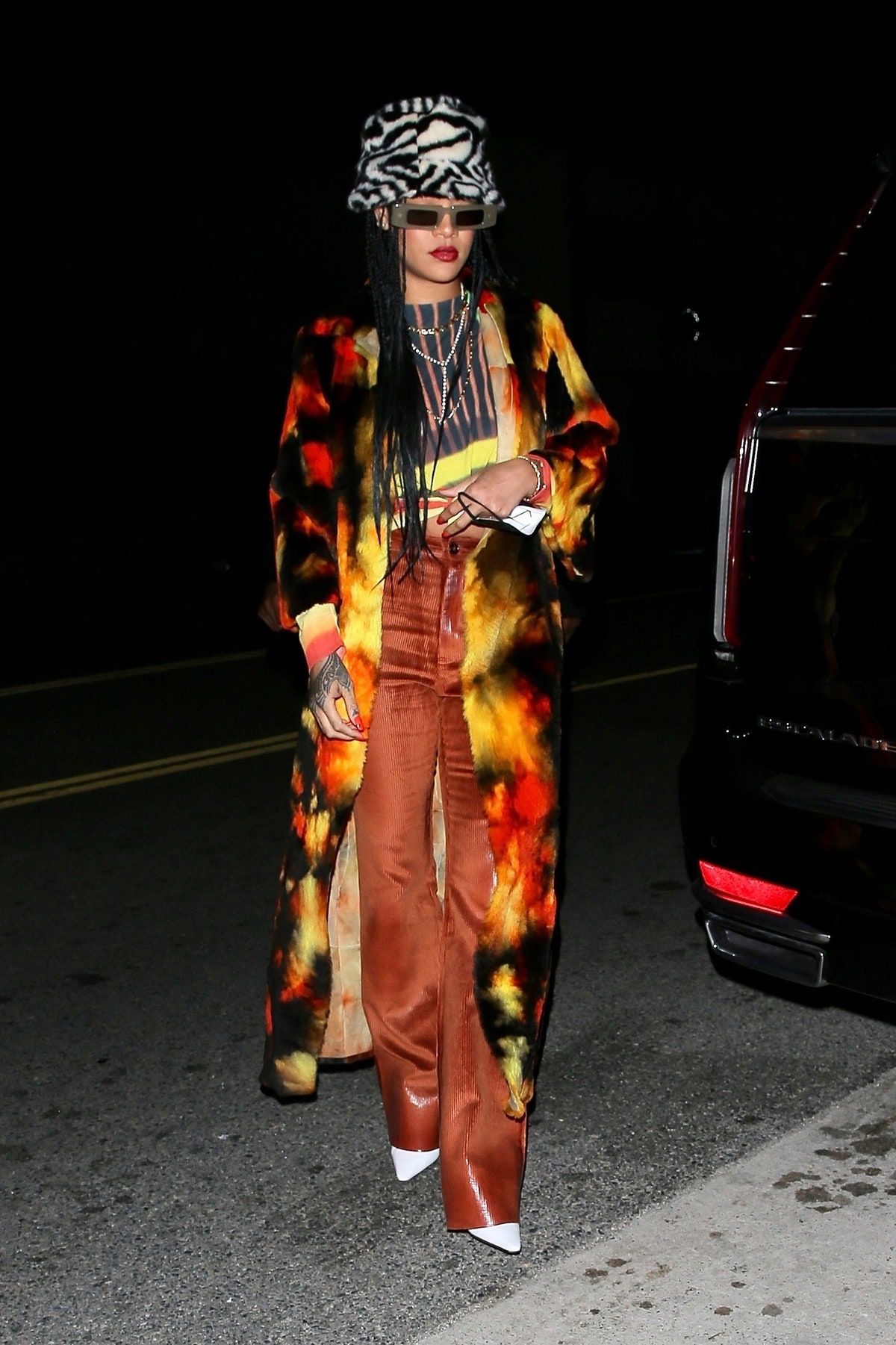 WHO: Rosie Huntington-Whiteley
WHAT: Bottega Veneta
WHERE: Crosby Street Hotel
WHEN: April 14 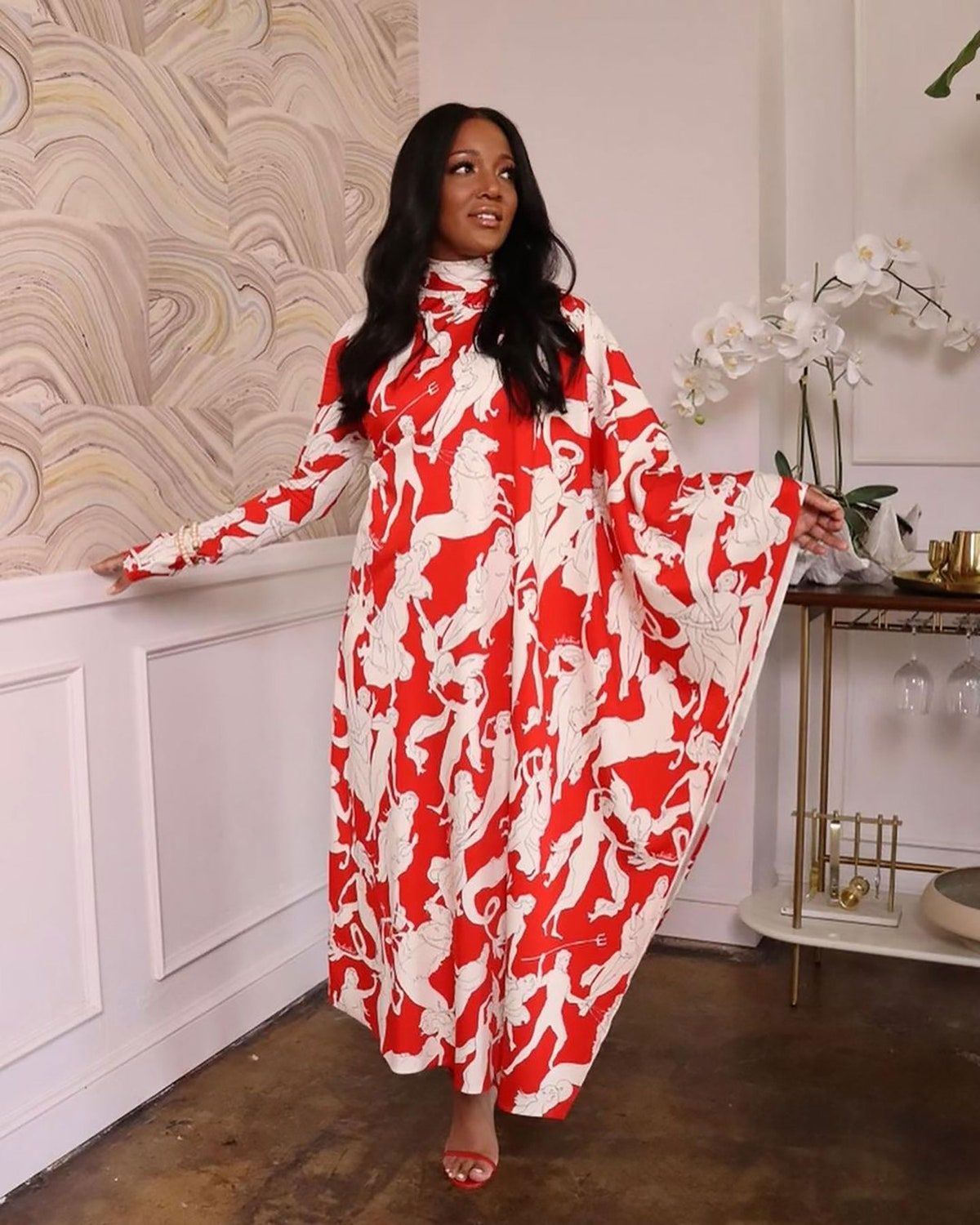 WHO: Mickey Guyton
WHAT: Valentino
WHERE: CBS This Morning
WHEN: April 15 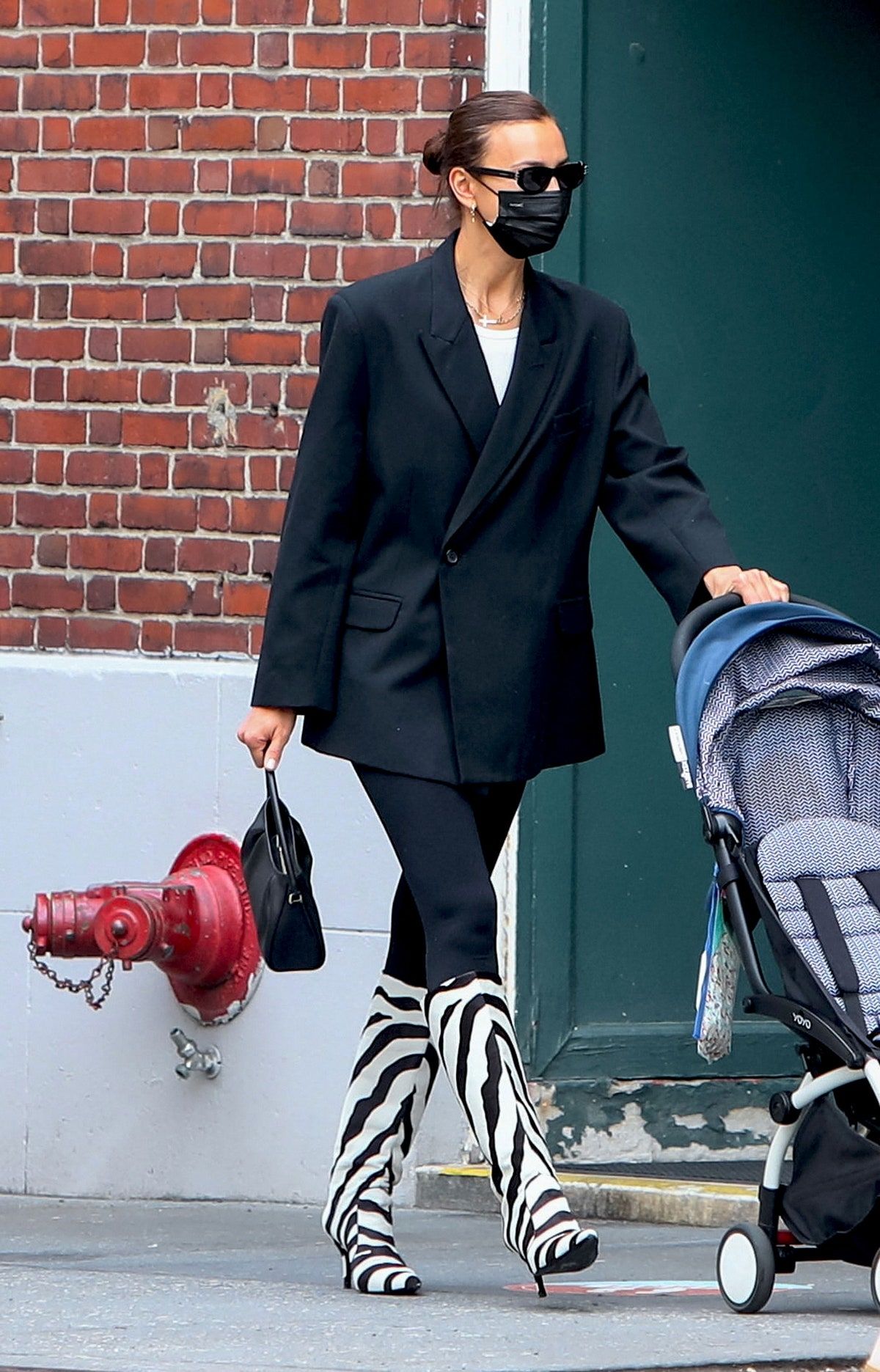 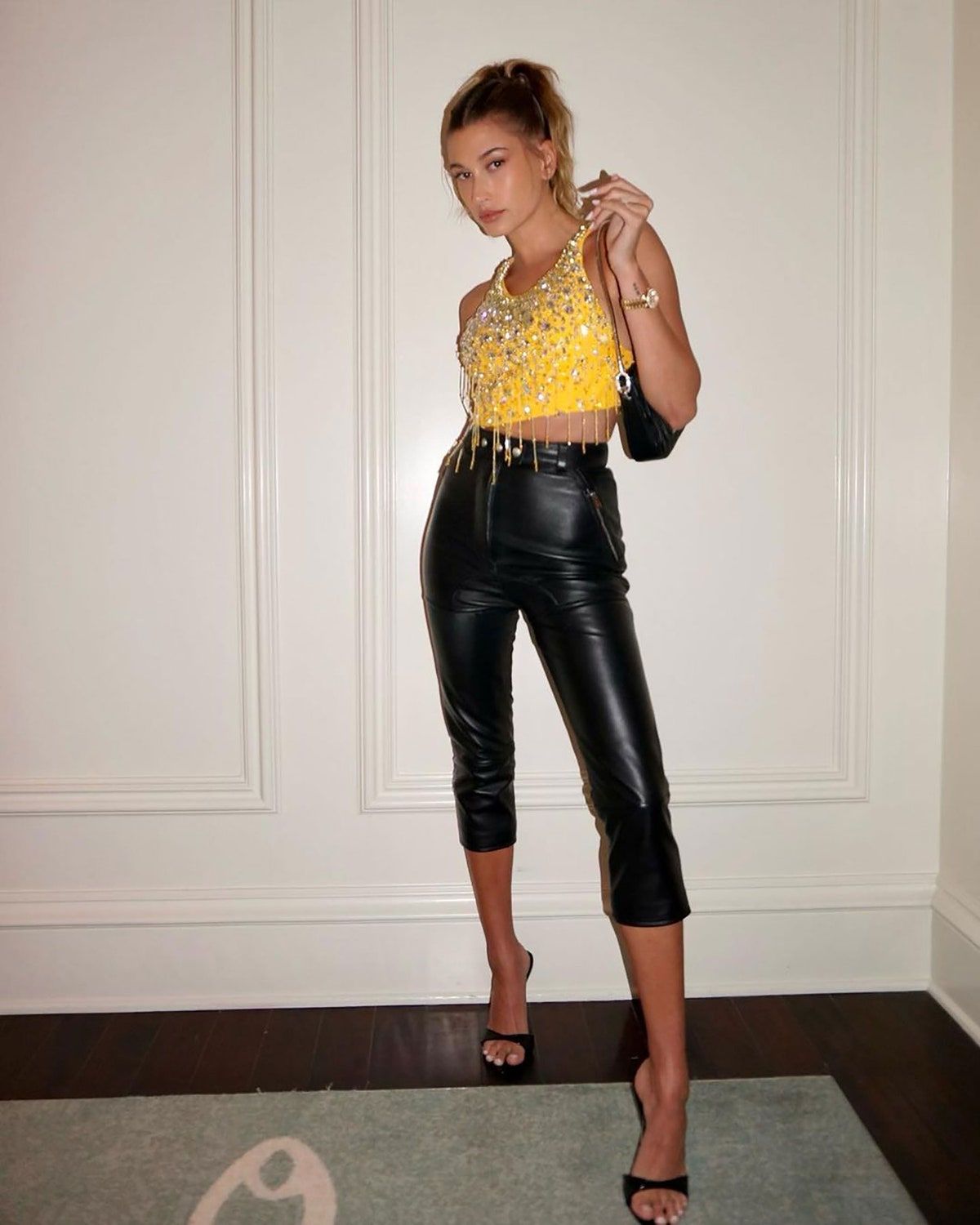 WHO: Hailey Bieber
WHAT: Miu Miu
WHERE: Instagram
WHEN: April 16 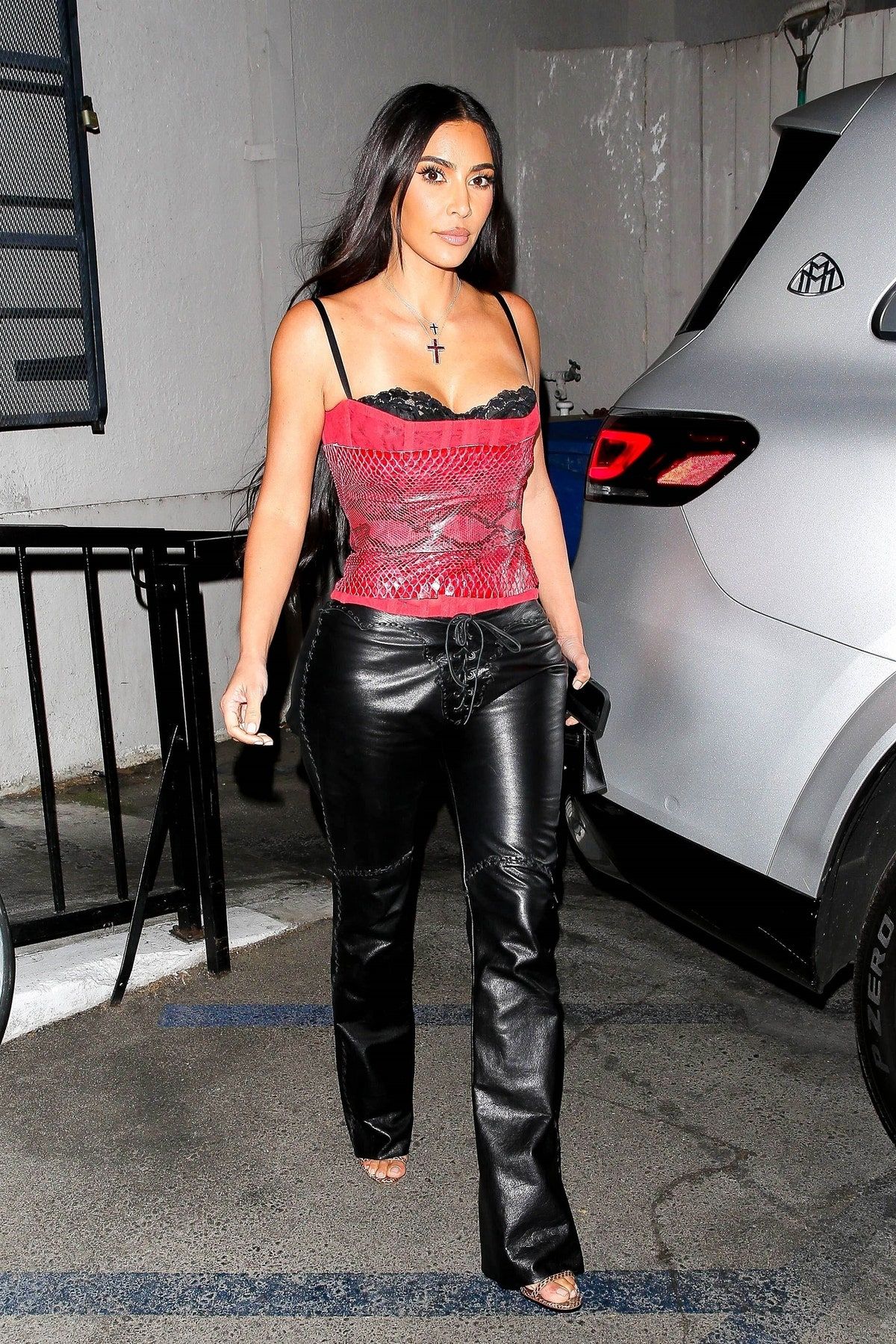