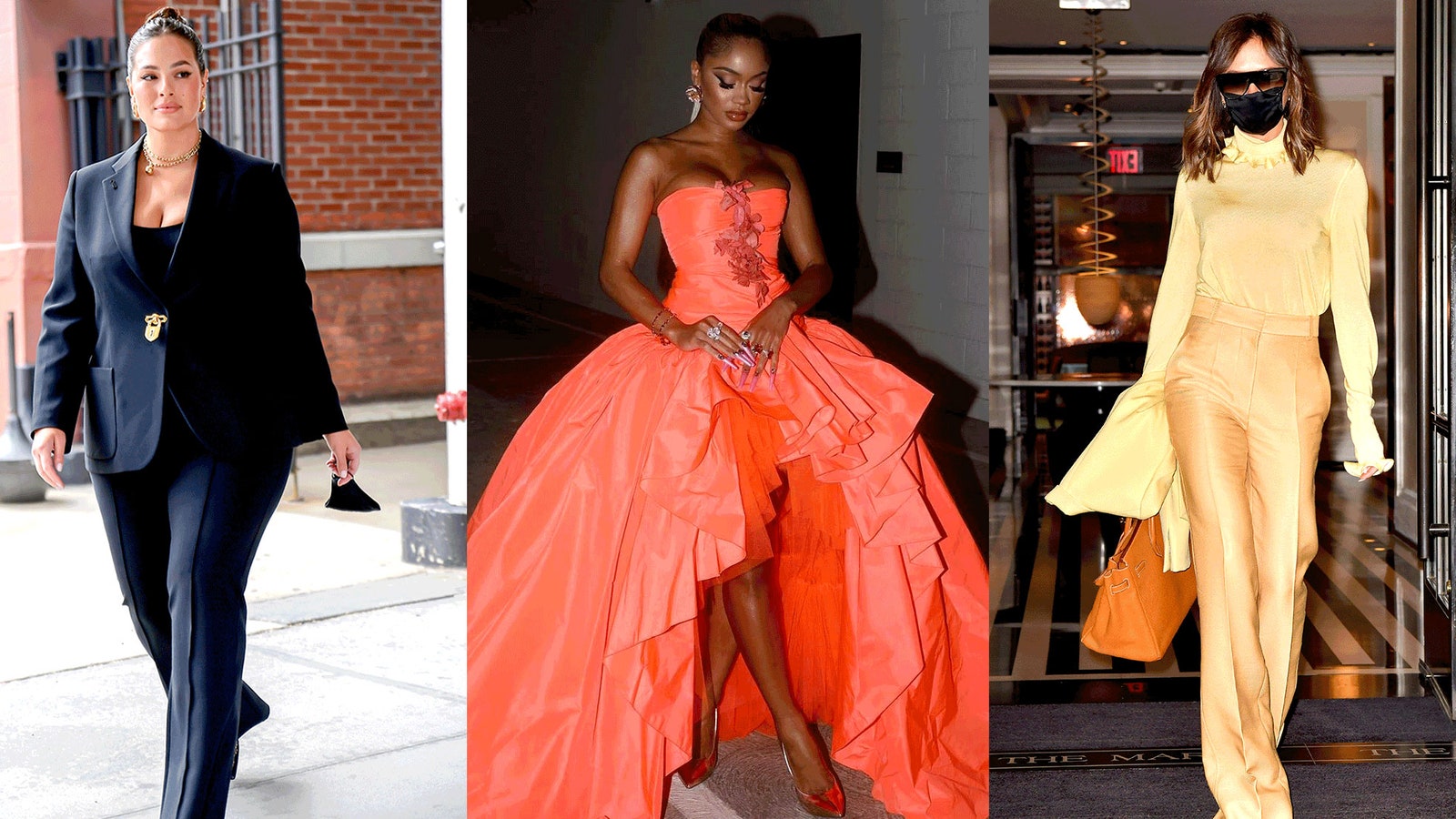 This Week, the Best Dressed Stars Went for Electric Color and Expert Tailoring

Either they pulled out the tropic hues or put on their best suit.

Last week, summer 2021’s color palette was in full effect thanks to a series of electric outfits in tropical hues. Saweetie gave the Billboard Music Awards red carpet its couture moment in a Giambattista Valli Haute Couture gown so richly saturated its apricot color seemed to burst off the screen. Though its tiers of satin revealed only a hint of the tulle, the look reflected Valli’s bombastic glamour. At an event where guests are often barely clothed, the “icy princess” and her rococo ruffles classed up the joint.

Victoria Beckham never dresses down, but the designer outdid herself during her recent trip to New York. On the town with her husband, David Beckham, she pulled out some of the best looks from her eponymous label. For lunch at Bar Pitti on Wednesday, she selected pale yellow separates from her spring/summer 2021 collection that combined to form a luxe suit. With her ruffled turtleneck, straight-leg trousers, and fitted blazer all nodding to Pantone’s 2021 color of the year, Illuminating, the eternally stylish star gave onlookers a crash course in how to pull off the season’s essential shade.

On Instagram, Miranda Kerr teamed up with fellow clean skincare enthusiast Kourtney Kardashian for a special Poosh dinner. Still, the collaboration was almost overshadowed by the supermodel’s Gucci x Ken Scott mini-dress. A 1960s and '70s cult favorite, Scott knew how to make a floral print pop, and Kerr’s short and sweet shirtdress is proof. Bursting with color and whimsy, the piece was all-out fun. Similarly festive were the neon pink corset and trousers actress Leslie Grace wore while promoting In the Heights, and continuing to assert herself as one of the year’s brightest new stars.

The color wasn’t the only way to convey a message; several of the week’s best looks relied on stark restraint. Halsey unearthed a new designer to watch when she posed on Instagram wearing Min Ji Son’s artsy airbrushed turtleneck dress. In New York, Ashley Graham exited CBS Studios on Tuesday looking like a CEO in Daniel Roseberry’s all-black Schiaparelli suiting designed for power moves. Fresh from playing supervillain on WandaVision, Kathryn Hahn kept the drama going in Thom Browne’s black and white duchess satin corset and sport coat. The look was another example of Browne’s tailoring expertise and further proof that Hahn can steal a scene, no matter the occasion. WHO: Miranda Kerr
WHAT: Gucci
WHERE: Poosh Dinner
WHEN: May 28 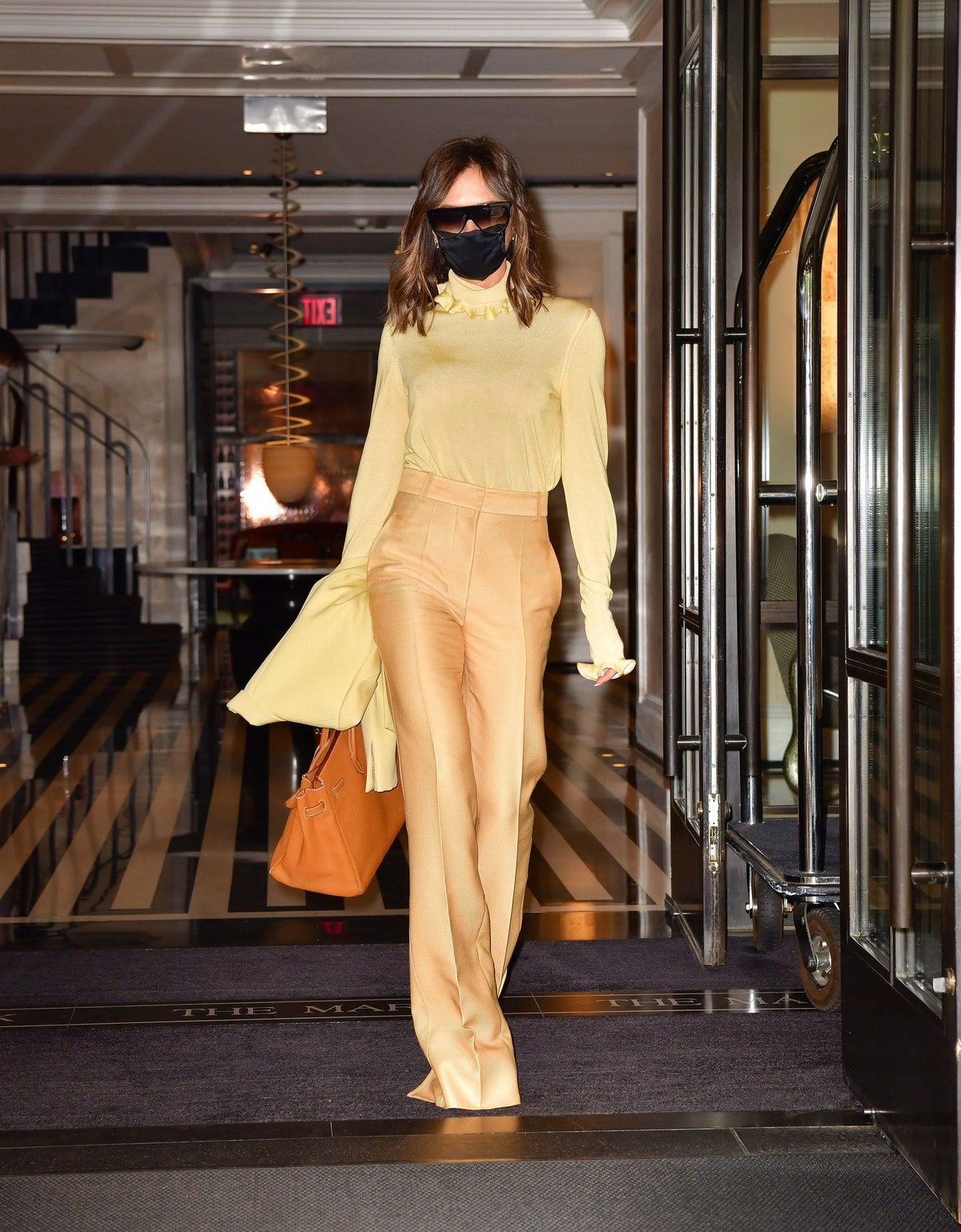 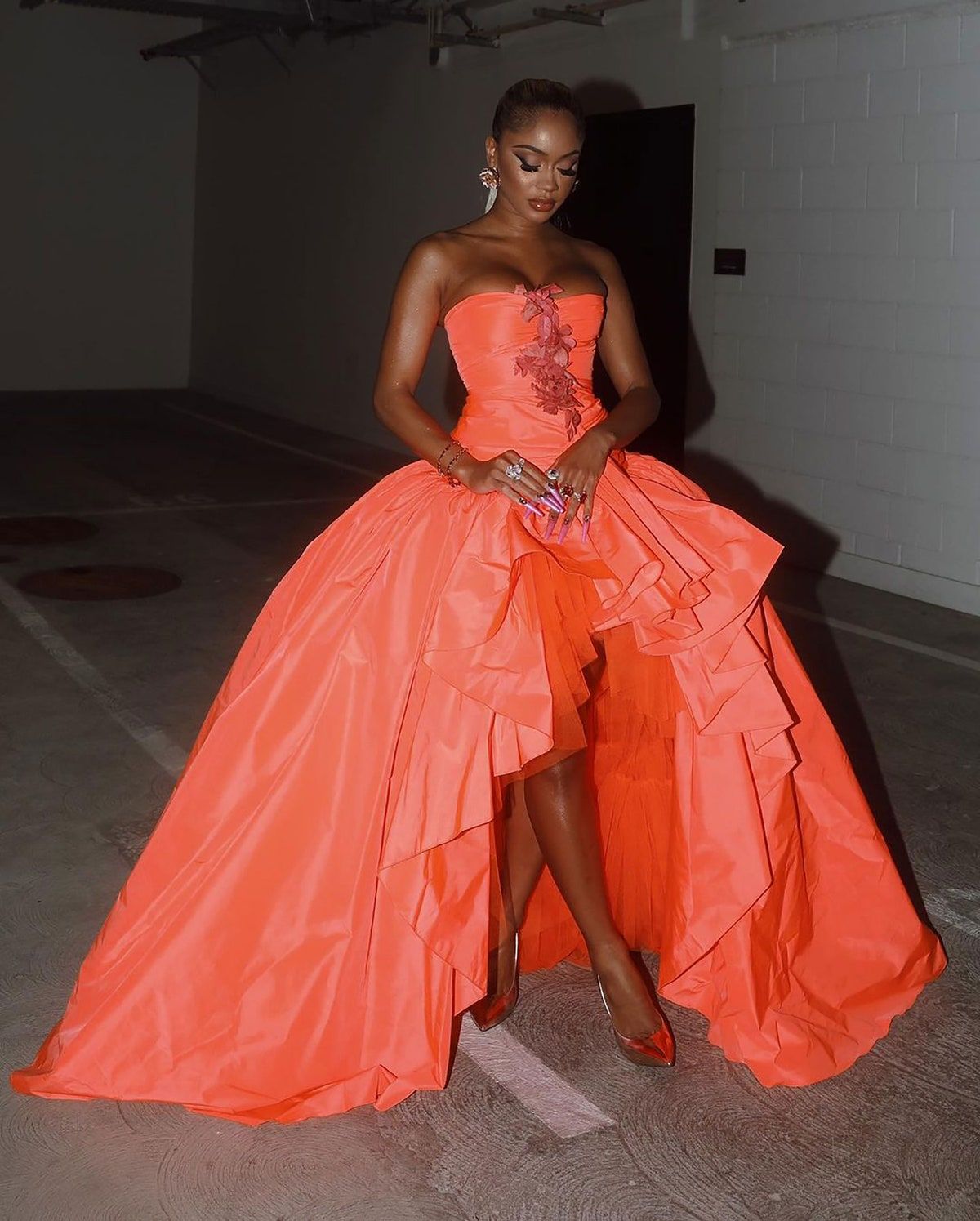 WHO: Saweetie
WHAT: Giambattista Valli Haute Couture
WHERE: 2021 Billboard Music Awards
WHEN: May 23 WHO: Leslie Grace
WHAT: Prabal Gurung
WHERE: Promoting In the Heights
WHEN: May 26 WHO: Gabrielle Union
WHAT: Prada
WHERE: 2021 Billboard Music Awards
WHEN: May 23 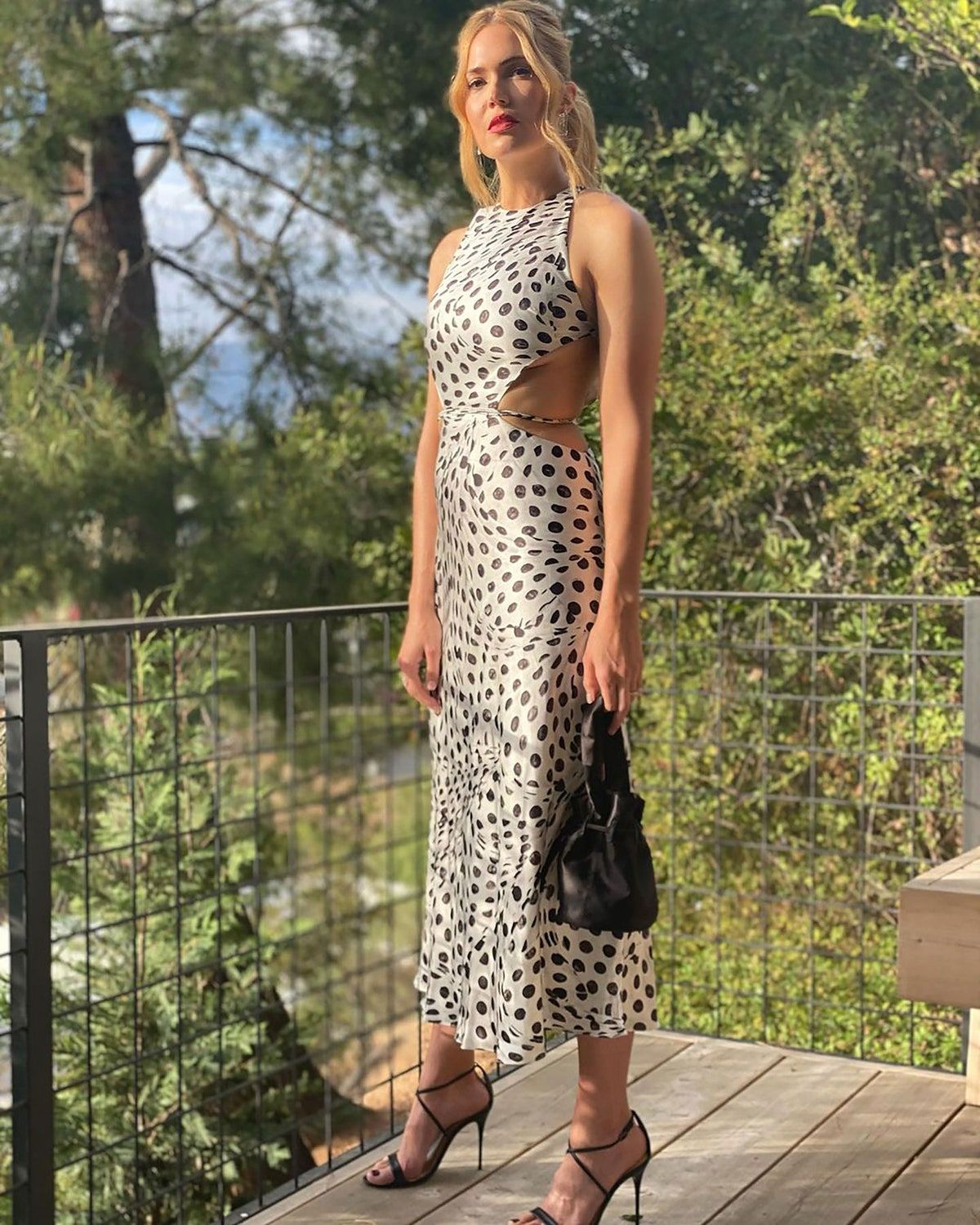 WHO: Mandy Moore
WHAT: Brandon Maxwell
WHERE: This Is Us Season 5 Finale Screening
WHEN: May 24 WHO: Halsey
WHAT: Min Ji Son
WHERE: Instagram
WHEN: May 28 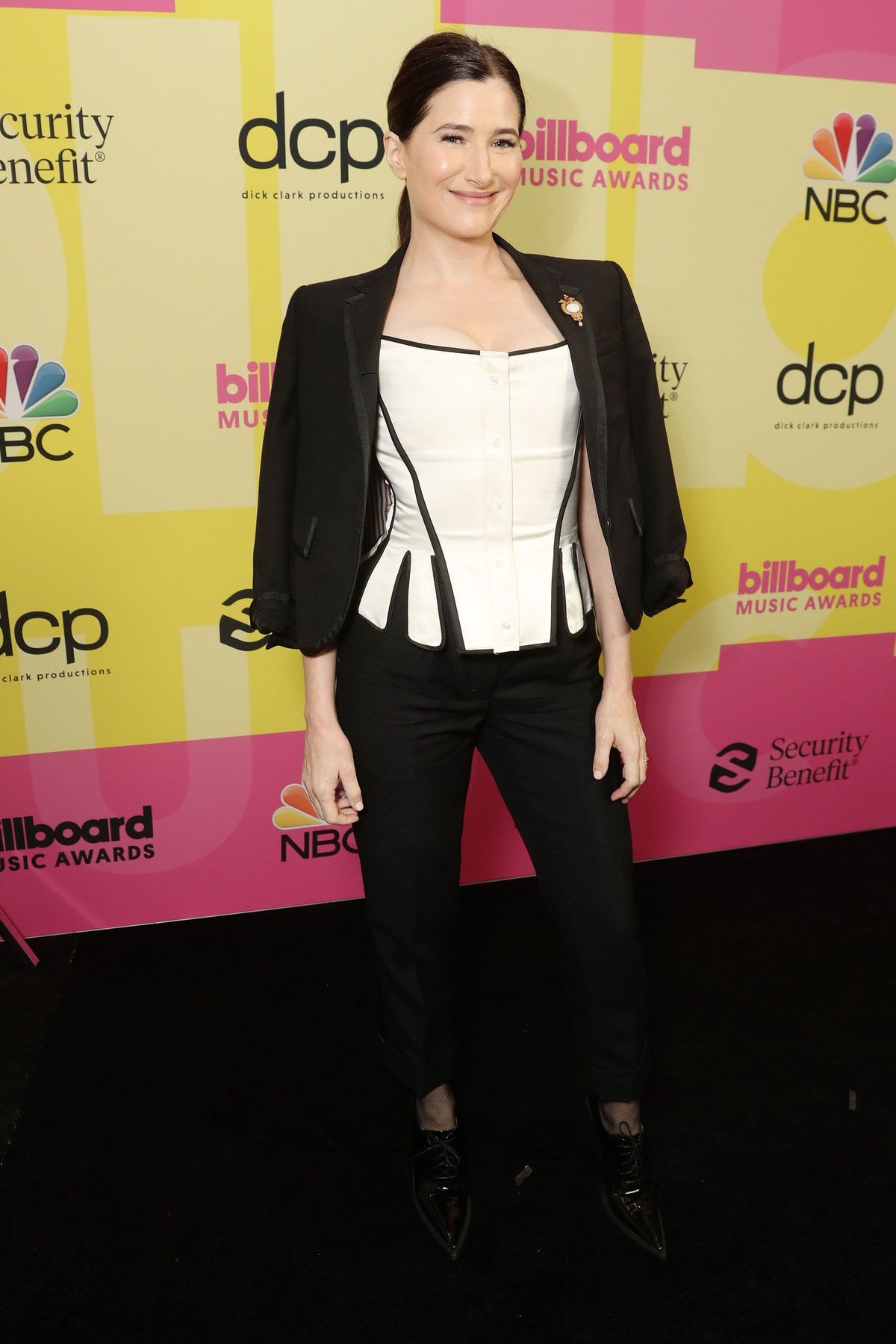 WHO: Kathryn Hahn
WHAT: Thom Browne
WHERE: 2021 Billboard Music Awards
WHEN: May 23 WHO: Ashley Graham
WHAT: Schiaparelli
WHERE: CBS Studios
WHEN: May 25 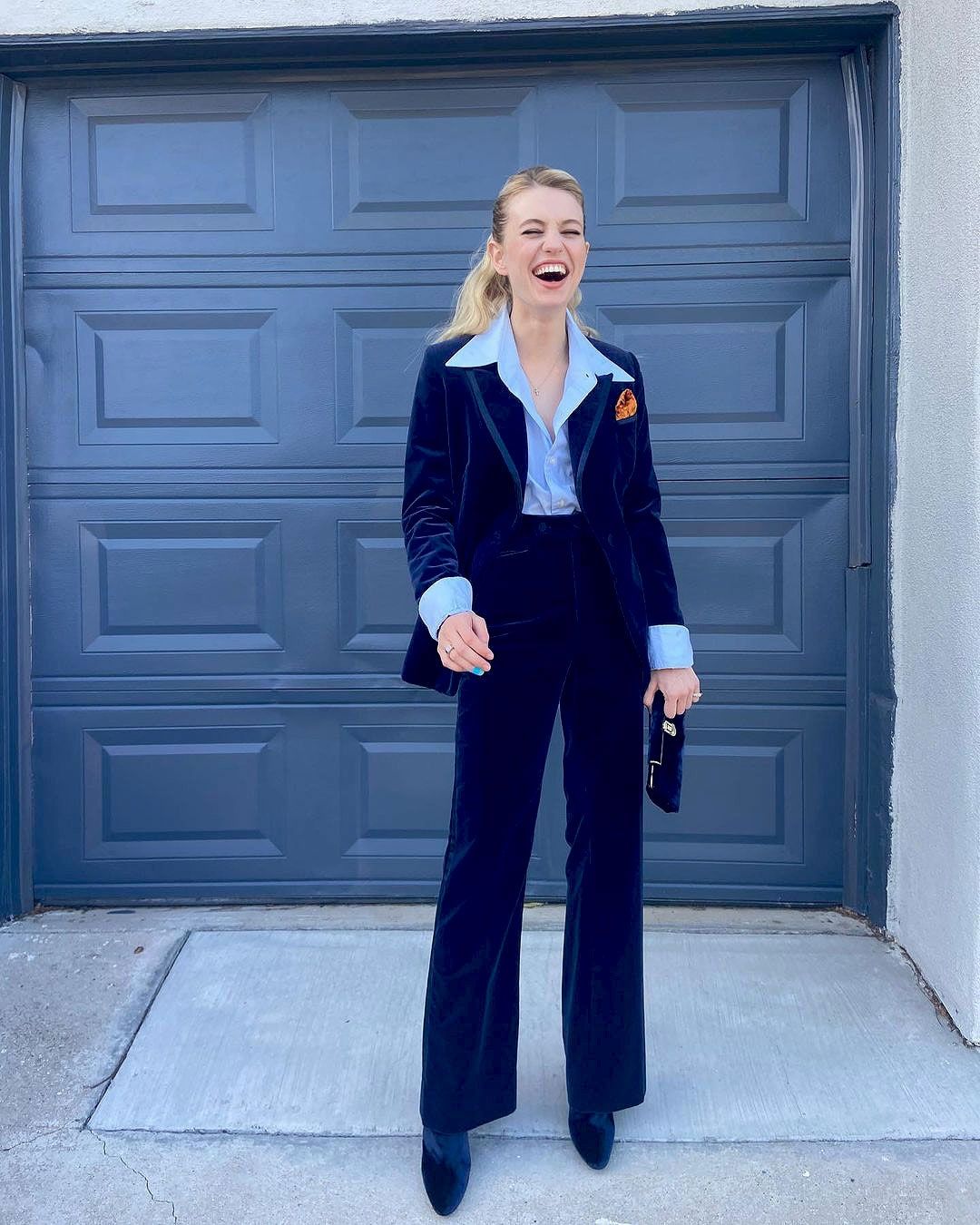 WHO: Olivia Welch
WHAT: Tom Ford for Gucci
WHERE: Amazon Studios' Panic Screening
WHEN: May 26\