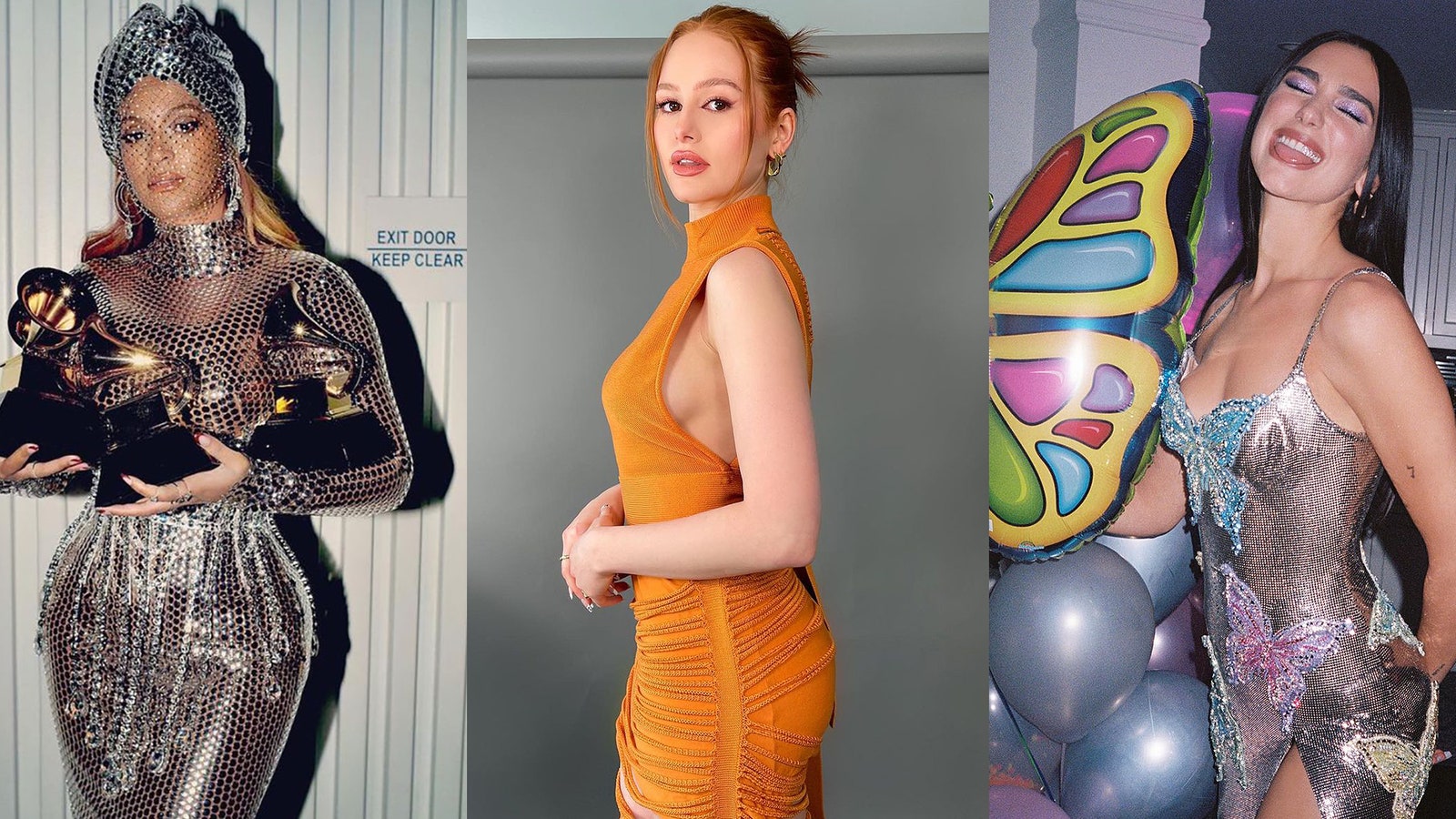 This Week, the Best Dressed Stars Went for Glitter and Glitz

Sparkle in all its forms dominated the week’s key looks.

When celebrities have a chance to shine, they take full advantage. Last week with awards season celebrations in full swing and promo for the year’s forthcoming blockbusters kicking into high gear, stars sought out outré fashions that ensured the spotlight remained on them. Naturally, elements like glitter, sequins, and expressive prints reigned supreme-sometimes all in the same outfit.

After taking home the Grammy for Best Pop Vocal album, Dua Lipa enjoyed a post-ceremony party in, what else, a sparkling Versace mini-dress. After turning heads in a petal pink Donatella-designed gown on the red carpet, Lipa decided to take her Future Nostalgia album title to heart by changing into a look with history. Versace’s butterfly detailed silver slip dresses are iconic. Supermodel fans will undoubtedly remember Naomi Campbell partying arm in arm with Kate Moss in one back at the brand’s Diamonds are Forever bash in 1999. Given that Christina Aguilera also wore a version of the piece to pick up her Best New Artist trophy at the Grammys back in 2000, the piece is also a proven good luck charm. In her updated custom version, Lipa looked like the winner she is.

Of course, the queen of 2021’s Grammy ceremony was Beyoncé, who picked up her 28th award and broke the record for most Grammys won by a singer. A milestone that puts her alongside legends like Stevie Wonder and Quincy Jones, the moment deserved to be commemorated with show-stopping fashion. Enter Beyoncé’s longtime collaborator, Riccardo Tisci. The Burberry designer has been behind some of Mrs. Carter’s greatest style moments-who could forget those barely-there Met Gala gowns or her daring On the Run tour bodysuits-and the pair have even posed together in Vogue. It makes sense that he would be the one to dream up one of her most arresting looks to date. Tisci’s custom silver gown with a built-in chain-link corset for the afterparty took the star’s favorite silhouette and amped things up to eleven.

Sparkle ruled the red carpet, but the week’s social media updates were filled with patterns. On her press tour for Godzilla vs. Kong, Eiza Gonzales gave Patou’s punchy eco-faille suits their Instagram debut. Bright yellow with touches of robin’s egg blue, the look was an artsy departure that took the rising star’s wardrobe in a new direction. Likewise, when Chrissy Teigen updated Instagram with snapshots of herself in frilly pink Loewe, the supermodel amplified the sexy side of Jonathan Anderson’s designs, breaking up the lookbook styling to show off a little leg as she introduced one of fashion’s most innovative talents to her millions of foodie followers. 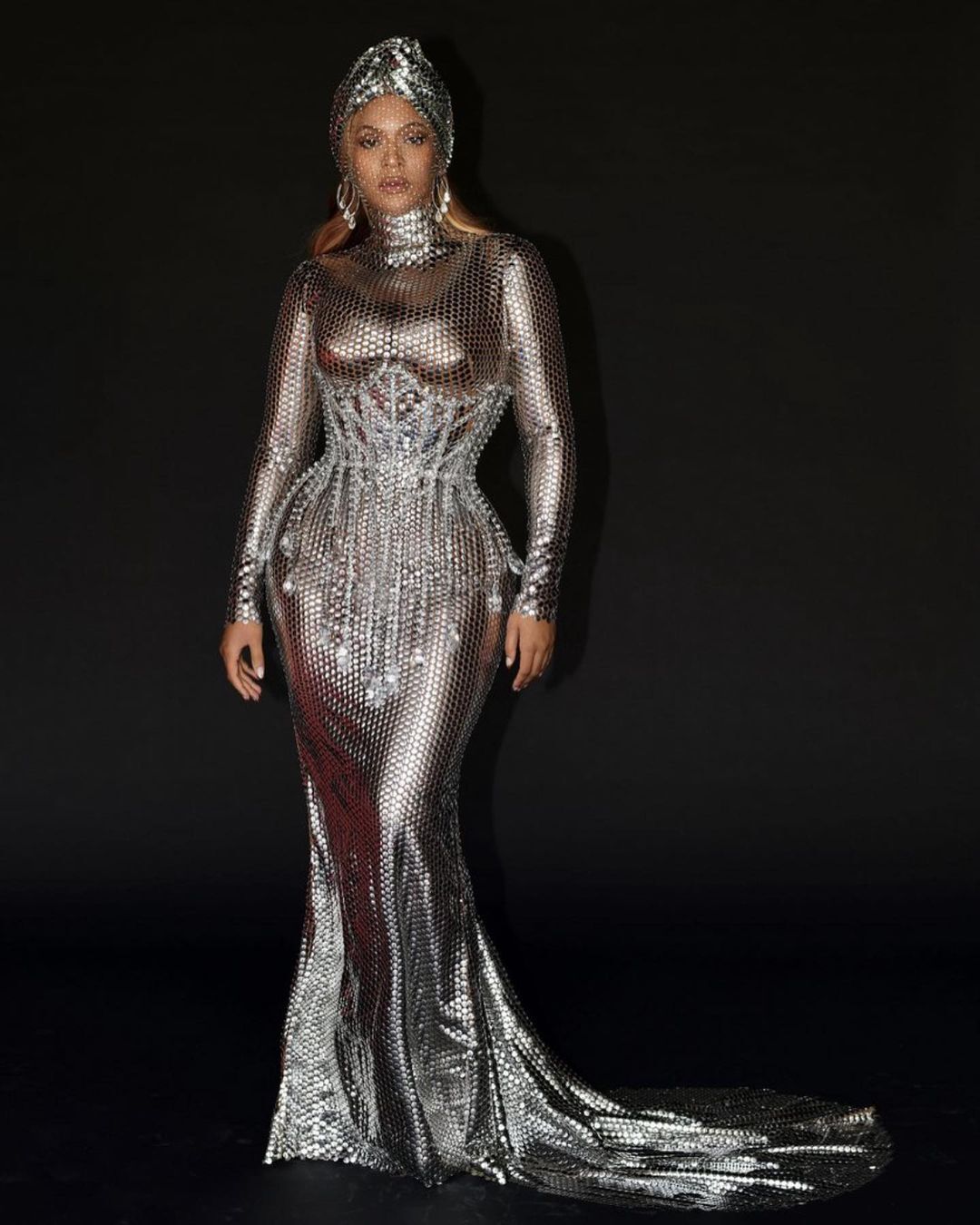 WHO: Beyoncé
WHAT: Burberry
WHERE: Grammy Awards after party
WHEN: March 14 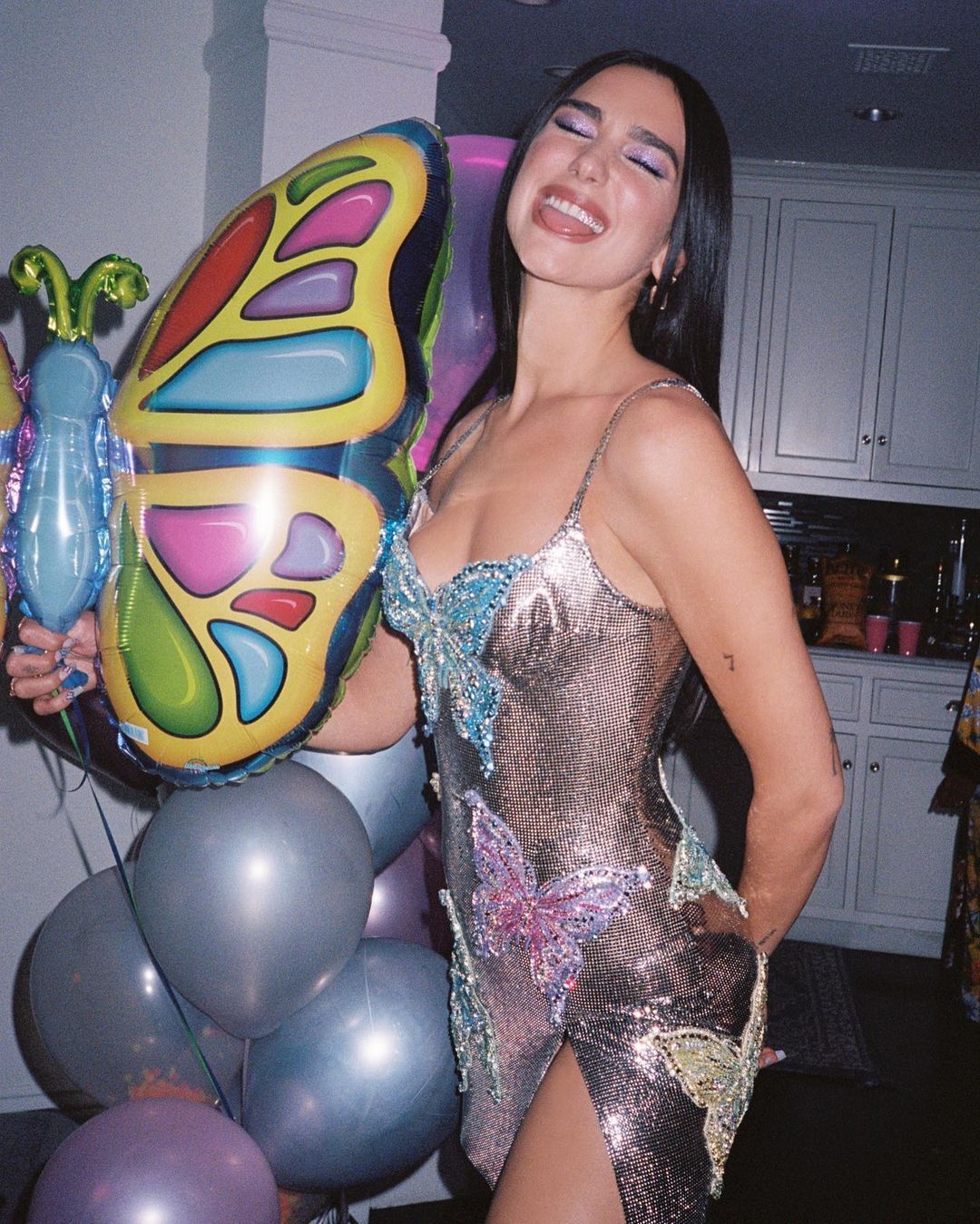 WHO: Dua Lipa
WHAT: Versace
WHERE: Grammy Awards after party
WHEN: March 14 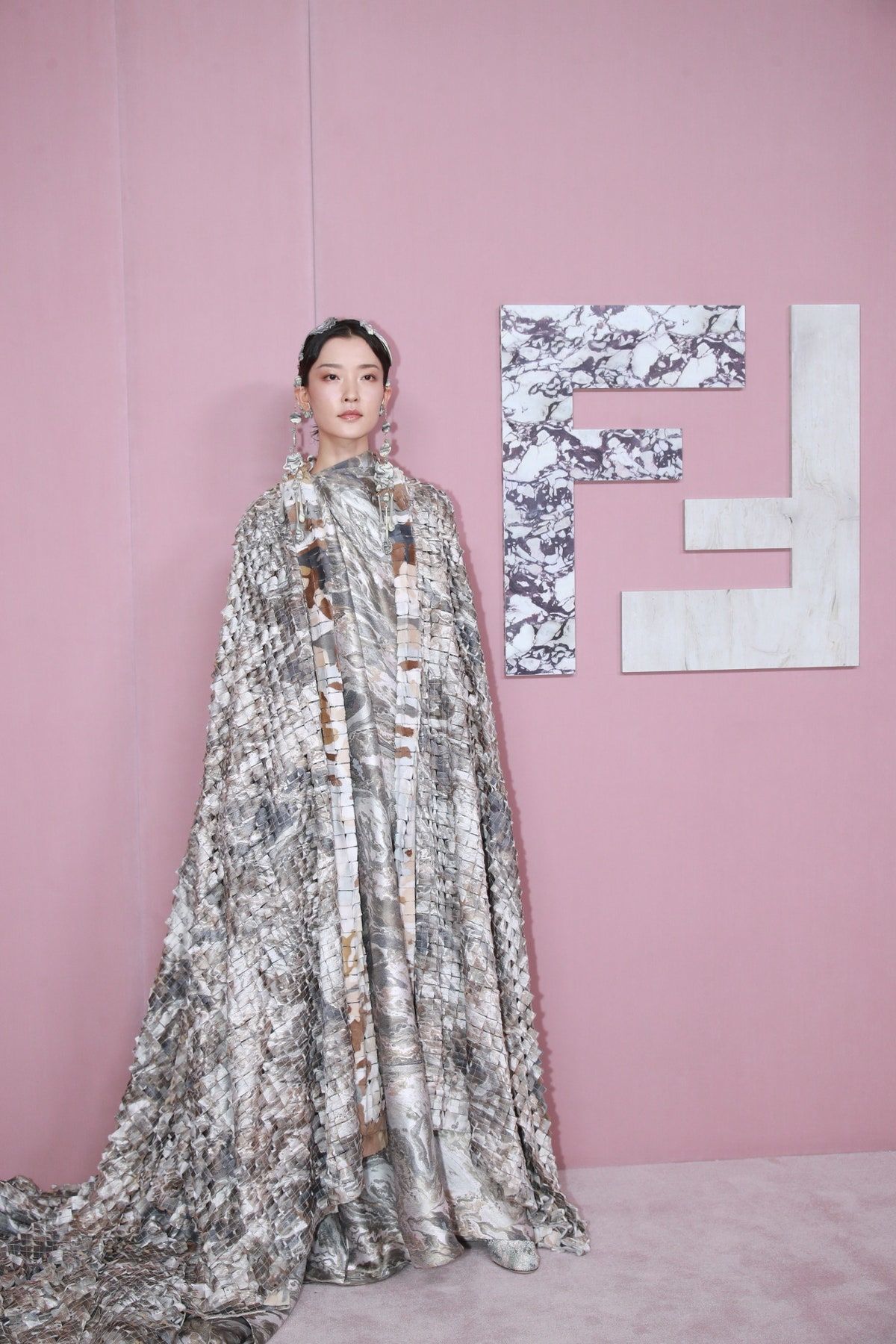 WHO: Du Juan
WHAT: Fendi
WHERE: Fendi Shanghai Fashion Show
WHEN: March 17 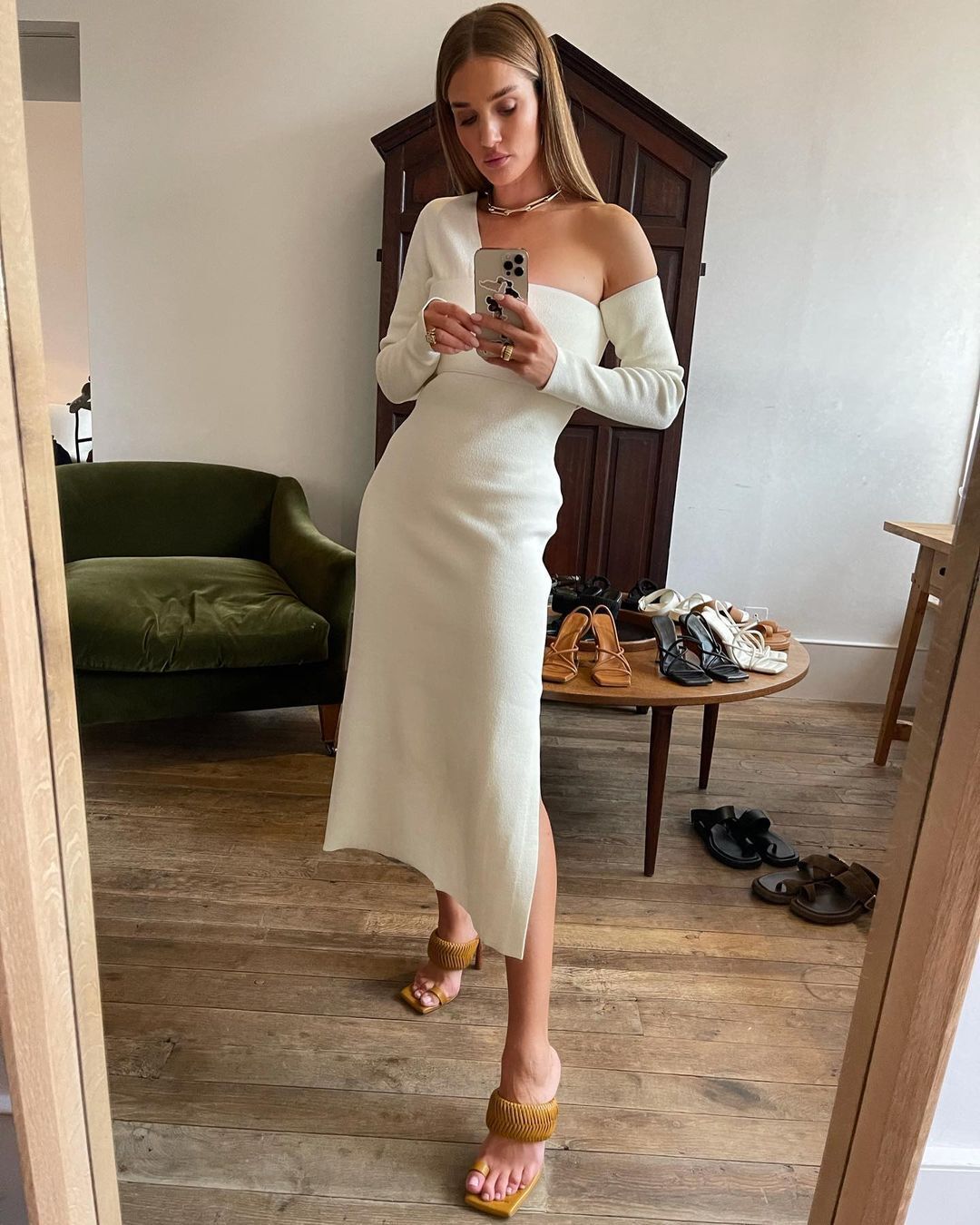 WHO: Rosie Huntington Whiteley
WHAT: Proenza Schouler dress and GIA/RHW shoes
WHERE: Instagram
WHEN: March 20 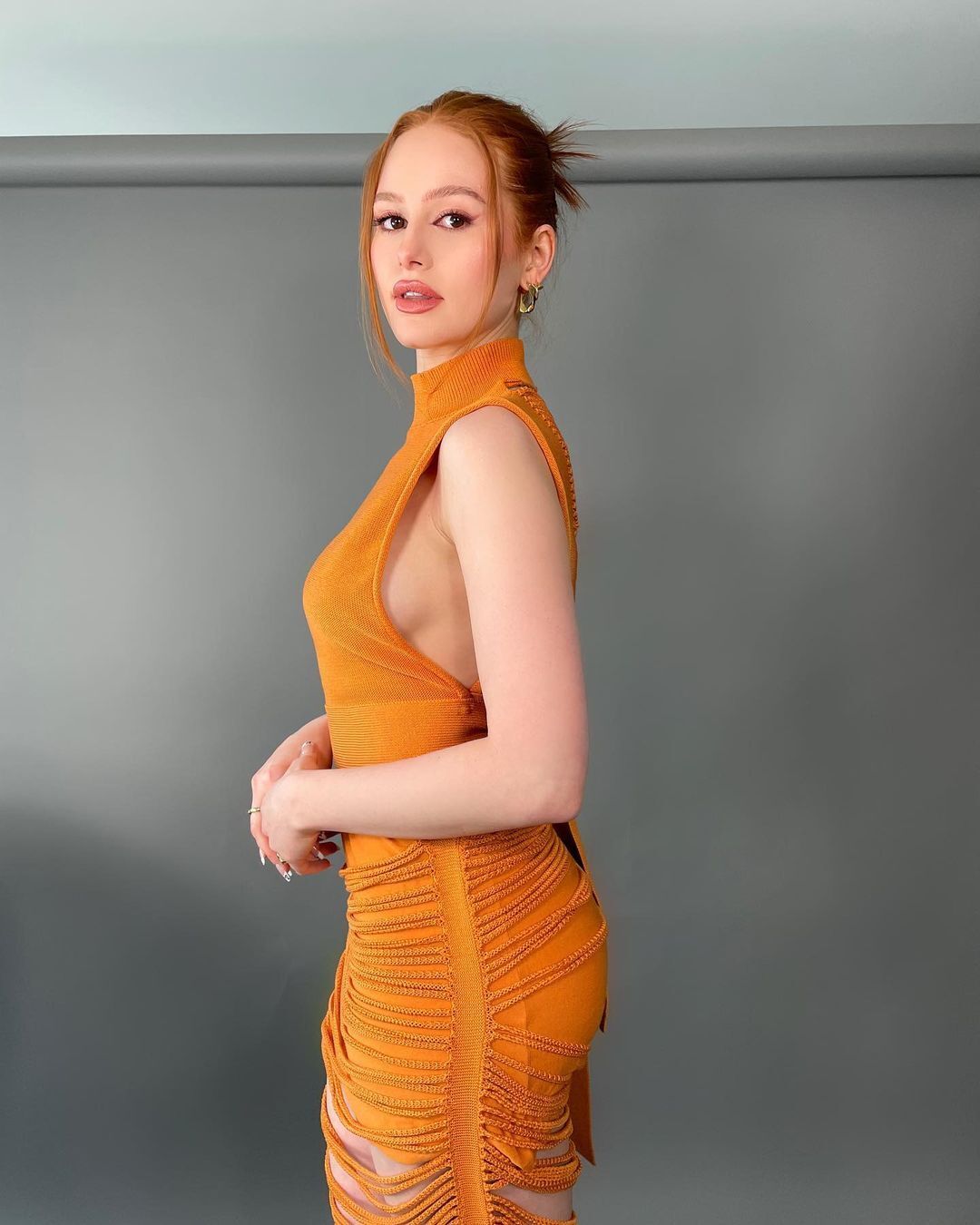 WHO: Madelaine Petsch
WHAT: Ferragamo
WHERE: The Tonight Show
WHEN: March 16 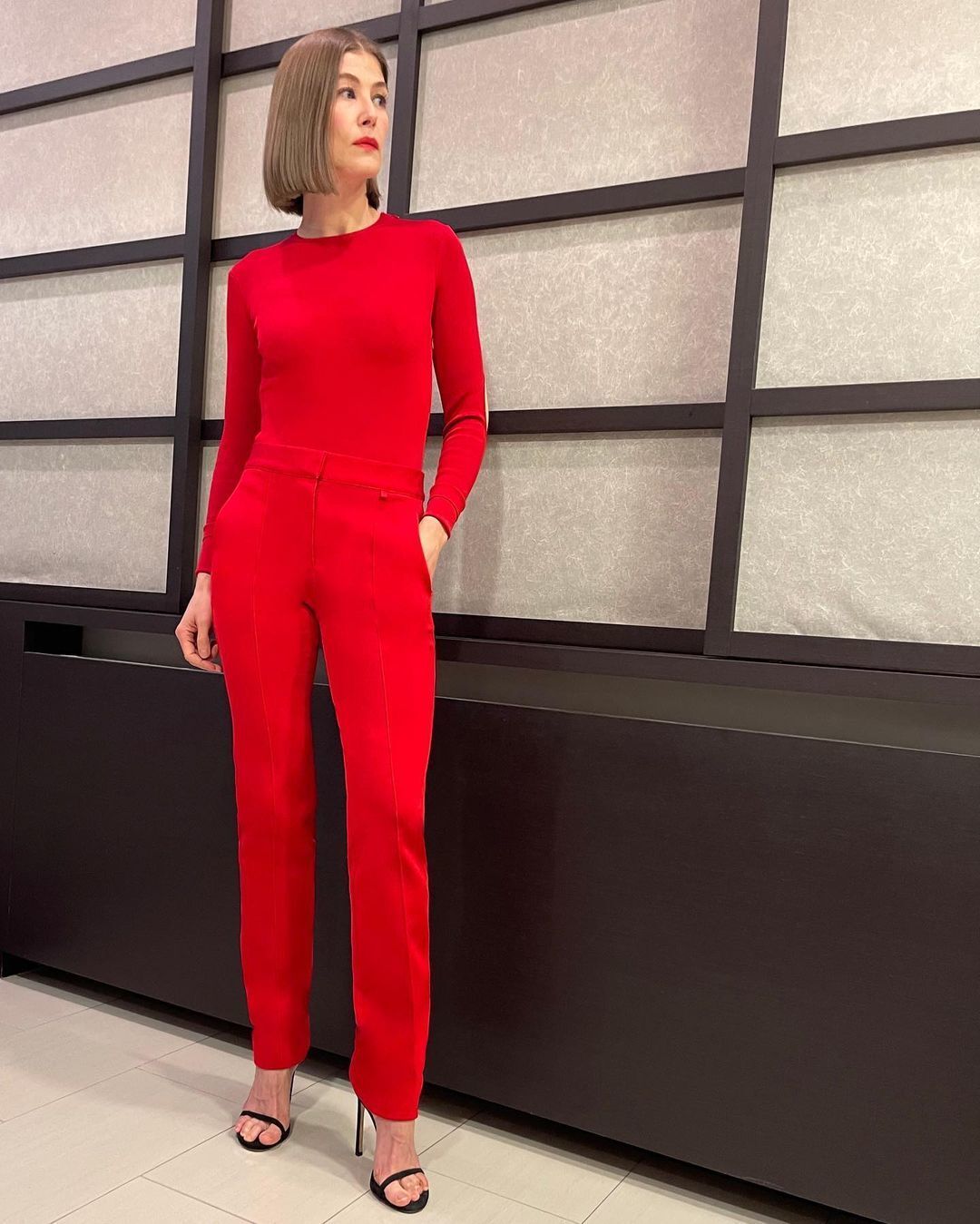 WHO: Rosamund Pike
WHAT: Givenchy
WHERE: I Care A Lot Press Day
WHEN: March 17 WHO: Michelle Obama and Amy Sherald
WHAT: Carolina Santo Domingo bag (Michelle)
WHERE: Amy Sherald ‘The Great American Fact’ Exhibition at Hauser and Wirth
WHEN: March 20 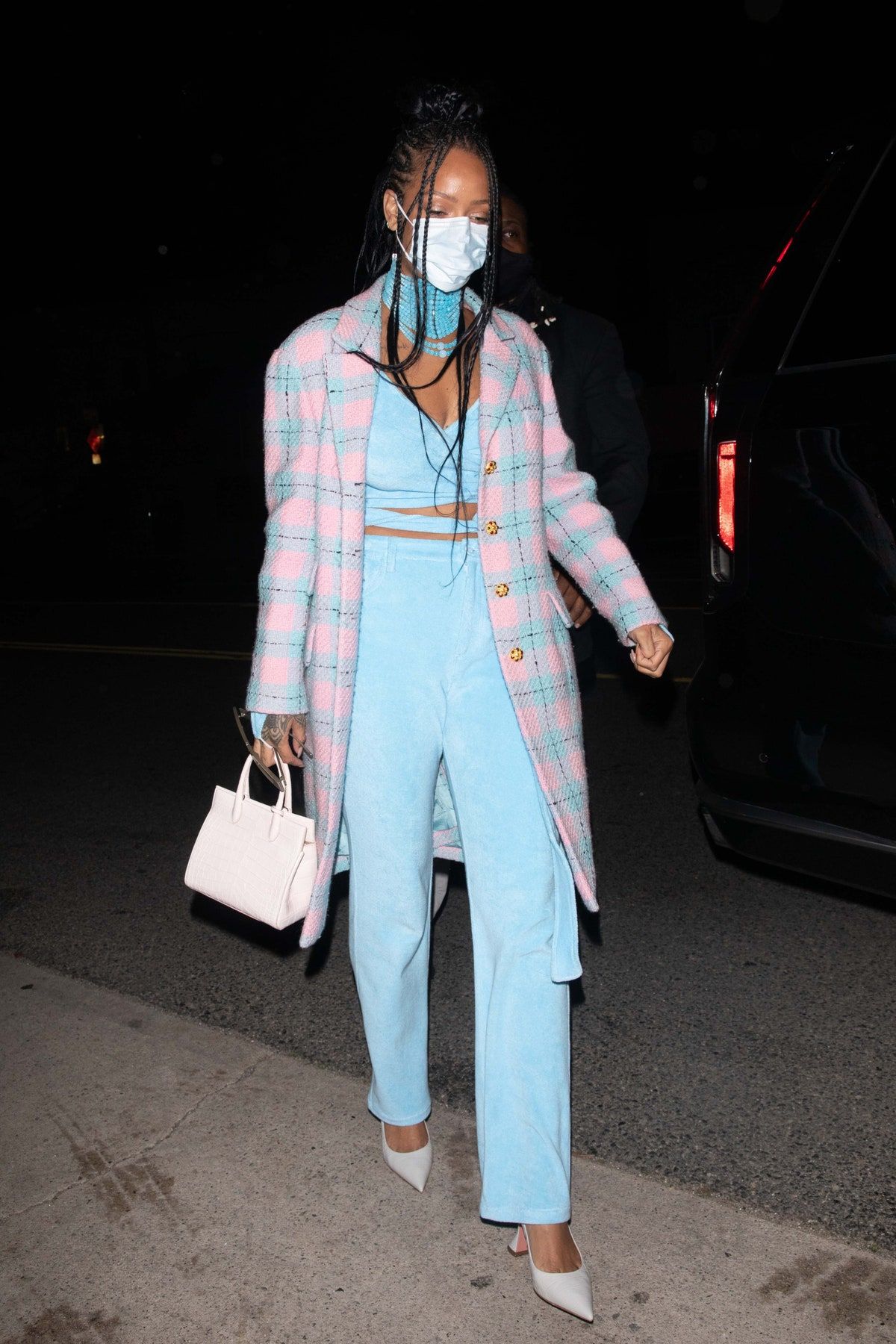 WHO: Eiza Gonzalez
WHAT: Patou
WHERE: Godzilla vs. Kong Press Day
WHEN: March 19 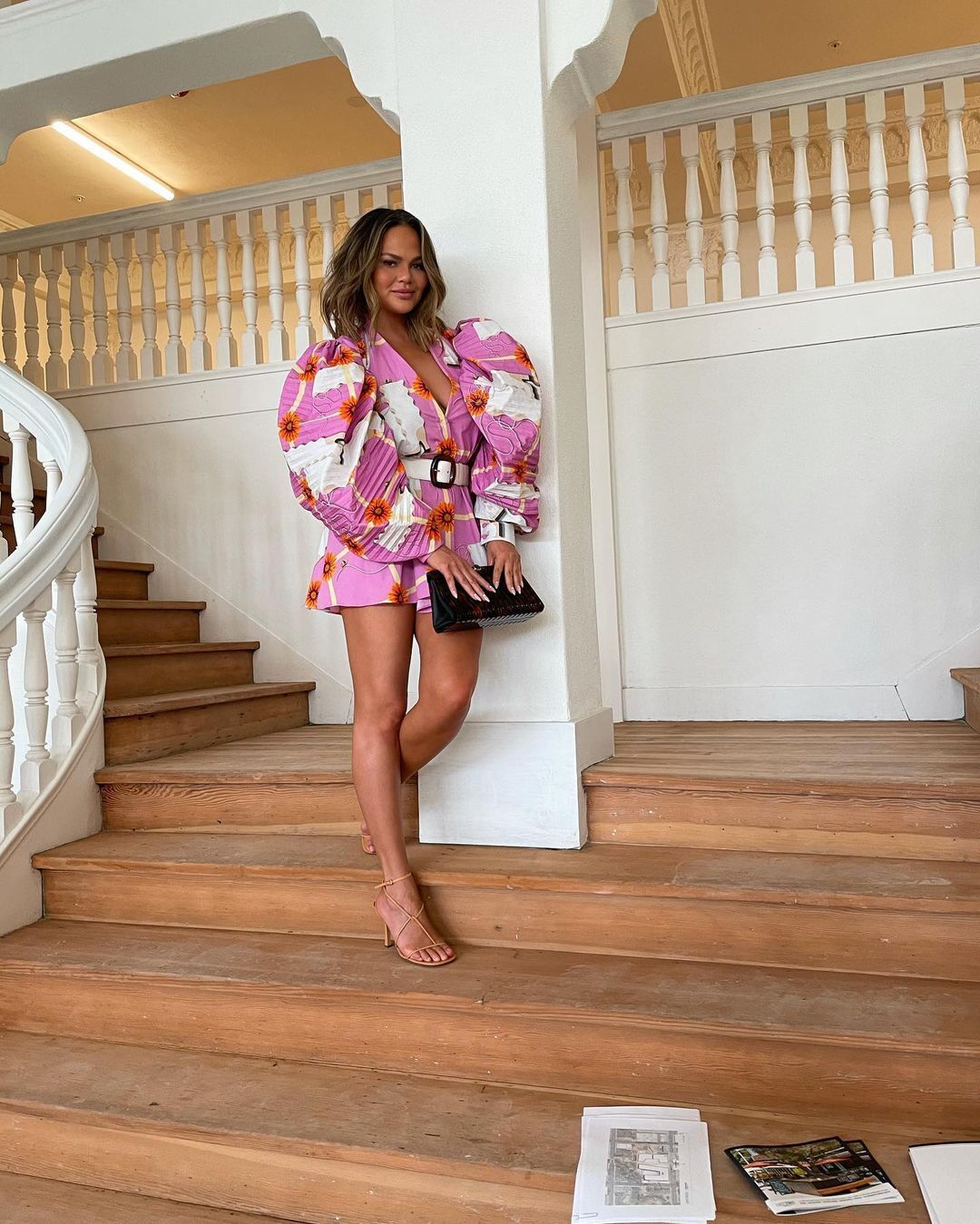 WHO: Chrissy Teigen
WHAT: Loewe
WHERE: Instagram
WHEN: March 20