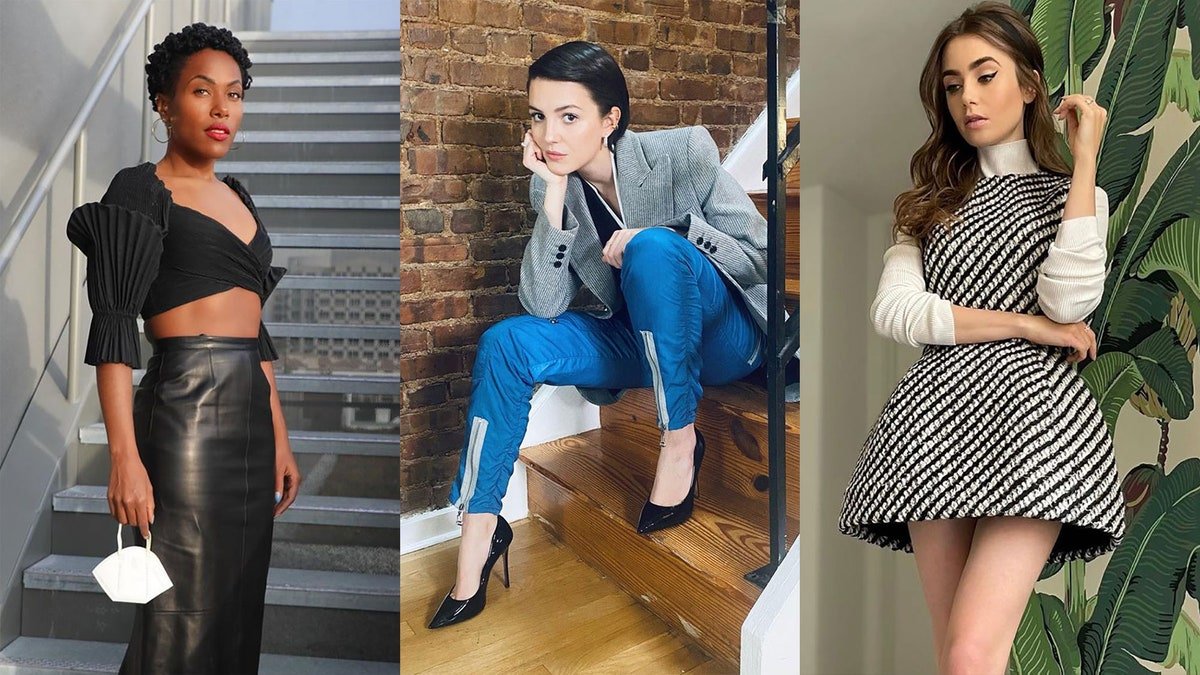 This Week, The Best Dressed Stars Were Detail-Oriented

Great style is all about the details, and this week, celebrities seemed intent on reminding the world that it only takes a single element to elevate an entire outfit.

A-Listers and performers need to look their best, whether they’re Zooming from their living rooms or heading outdoors for a paparazzi stroll. Right now, that means selecting a single focal point and taking it to the max. Case in point: when Euphoria actress Storm Reid wanted to shine on Instagram, she pulled out a pair of sequin pajamas from Valentino’s Resort 2021 collection. Glossy black with a relaxed fit and white contrast stitching, the PJs were anything but casual. Reid, red carpet veteran with Zendaya as her mentor, has had a fashion head start compared to most teenagers, but her luxe take on loungewear has universal appeal.

A master of monochrome, Kim Kardashian West often chooses one statement color to be worn head to toe. On Monday, the reality star went for shades of rust as she paid a visit to her grandmother, Mary Jo Campbell. In an Acne Studios puffer and glossy trousers from Mowalola, Kardashian was all-weather appropriate. Styled with a matching headband and SKIMS henley, the look was simple, effective, and one of the coolest outfits ever worn to grandma’s house .

Sometimes the best detail was the one that expressed the wearer’s personality. Mindy Kaling’s romantic outlook made her choice of a heart-covered Rodarte dress all the more meaningful. Who better to wear ruffles, roses, puffed sleeves, and unabashed prettiness than a star whose witty take on courtship has yielded a lifetime’s worth of binge-worthy television? 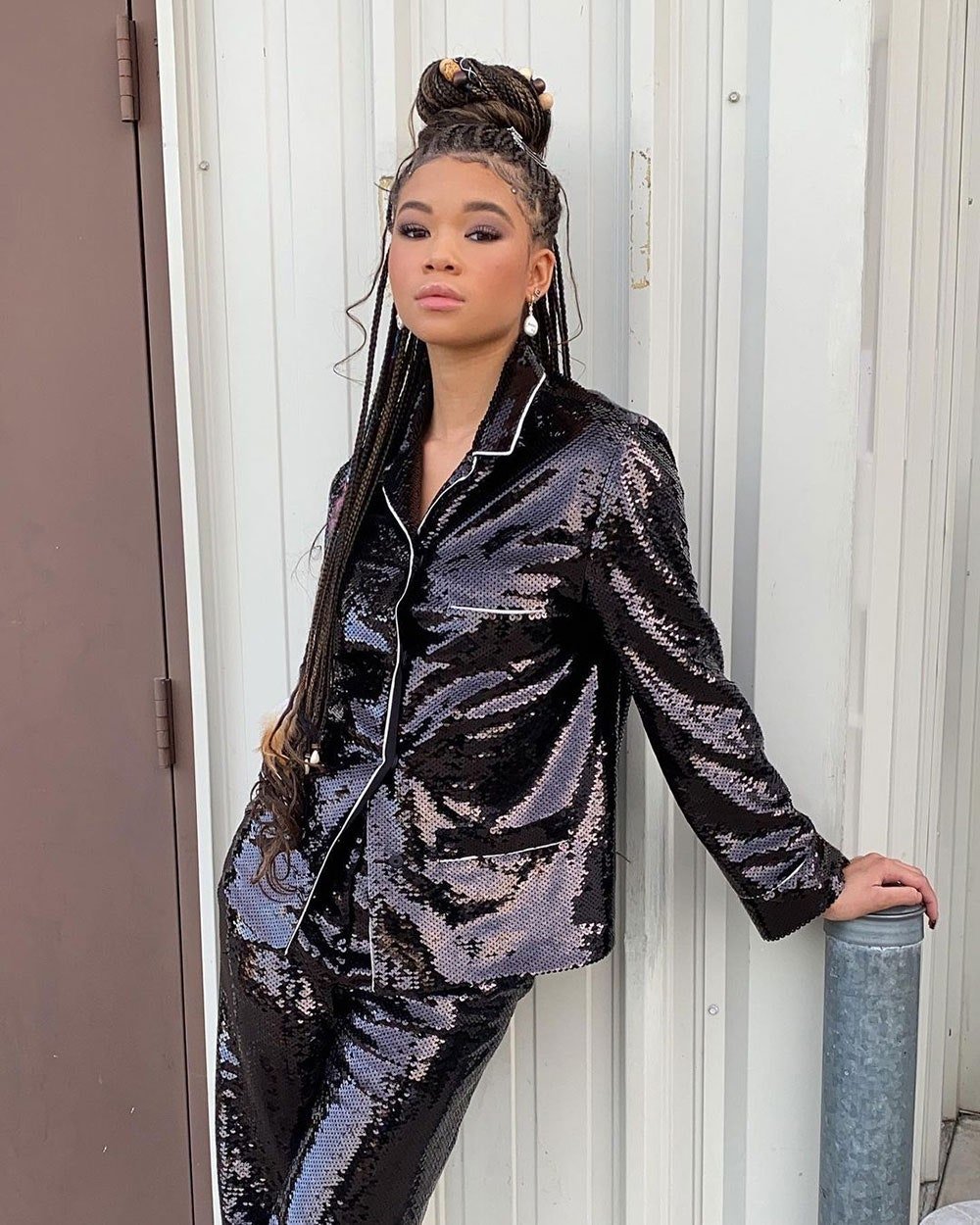 WHO: Storm Reid
WHAT: Valentino
WHEN: January 5 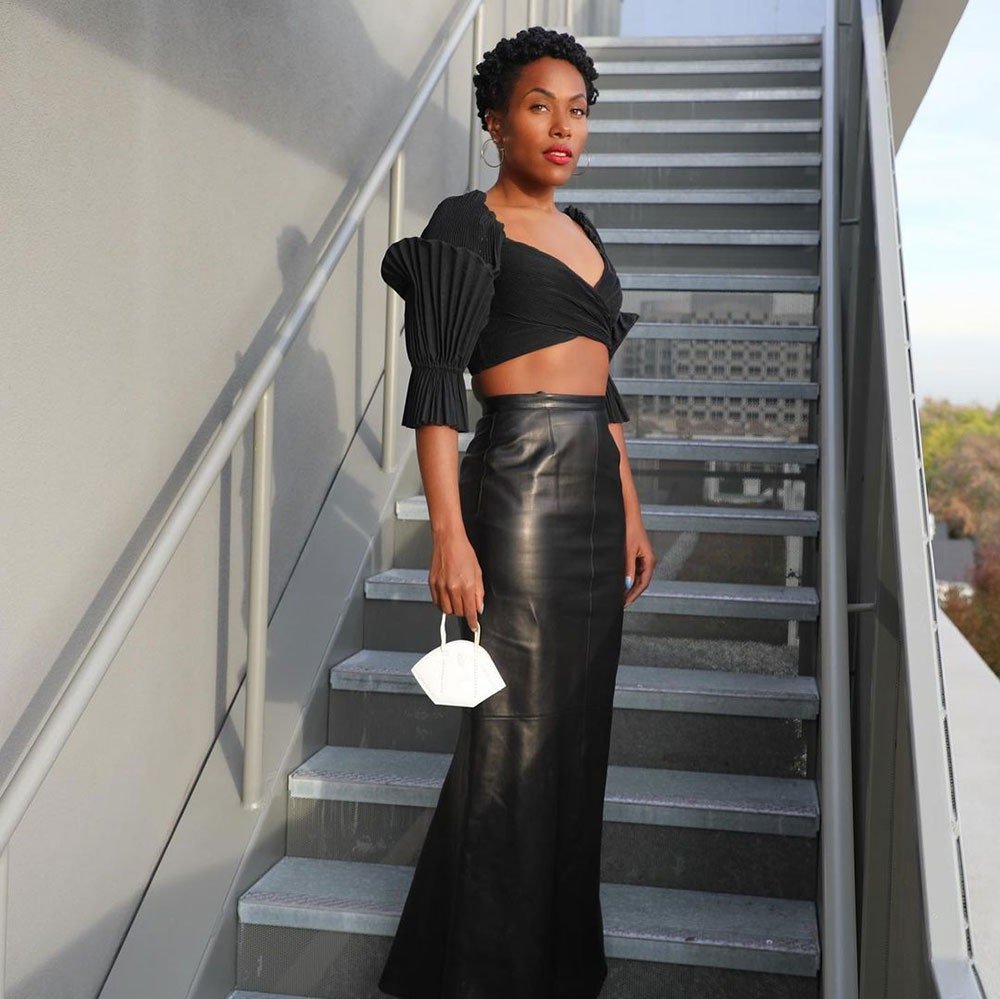 WHO: DeWanda Wise
WHAT: Zimmerman top and Azzedine Alaïa skirt
WHEN: January 7 WHO: Fan Bingbing
WHAT: Georges Hobeika Alta-Costura
WHERE: Life and Style Group's Style Gala
WHEN: January 8 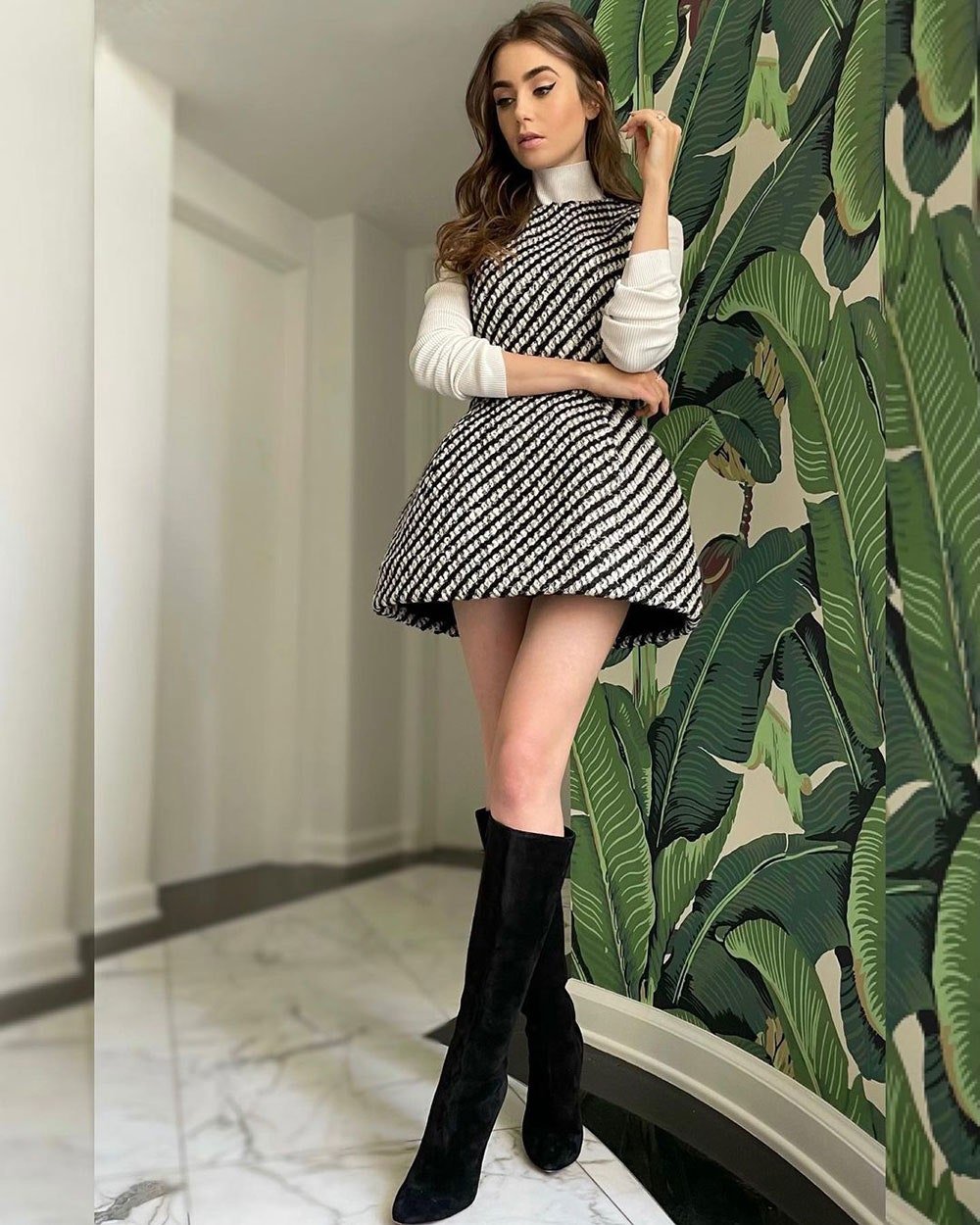 WHO: Ella Hunt
WHAT: Louis Vuitton and Giuseppe Zanotti shoes
WHEN: January 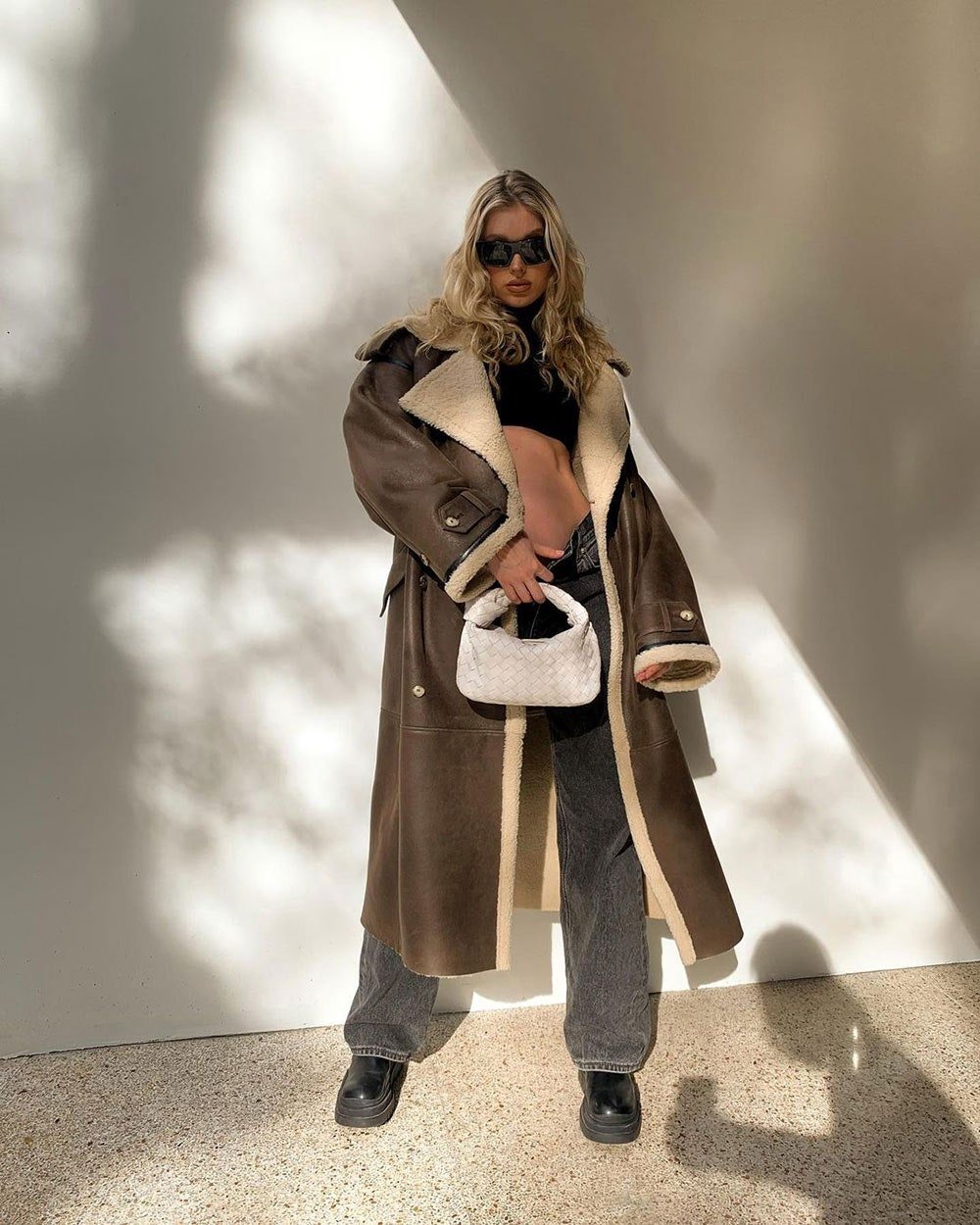 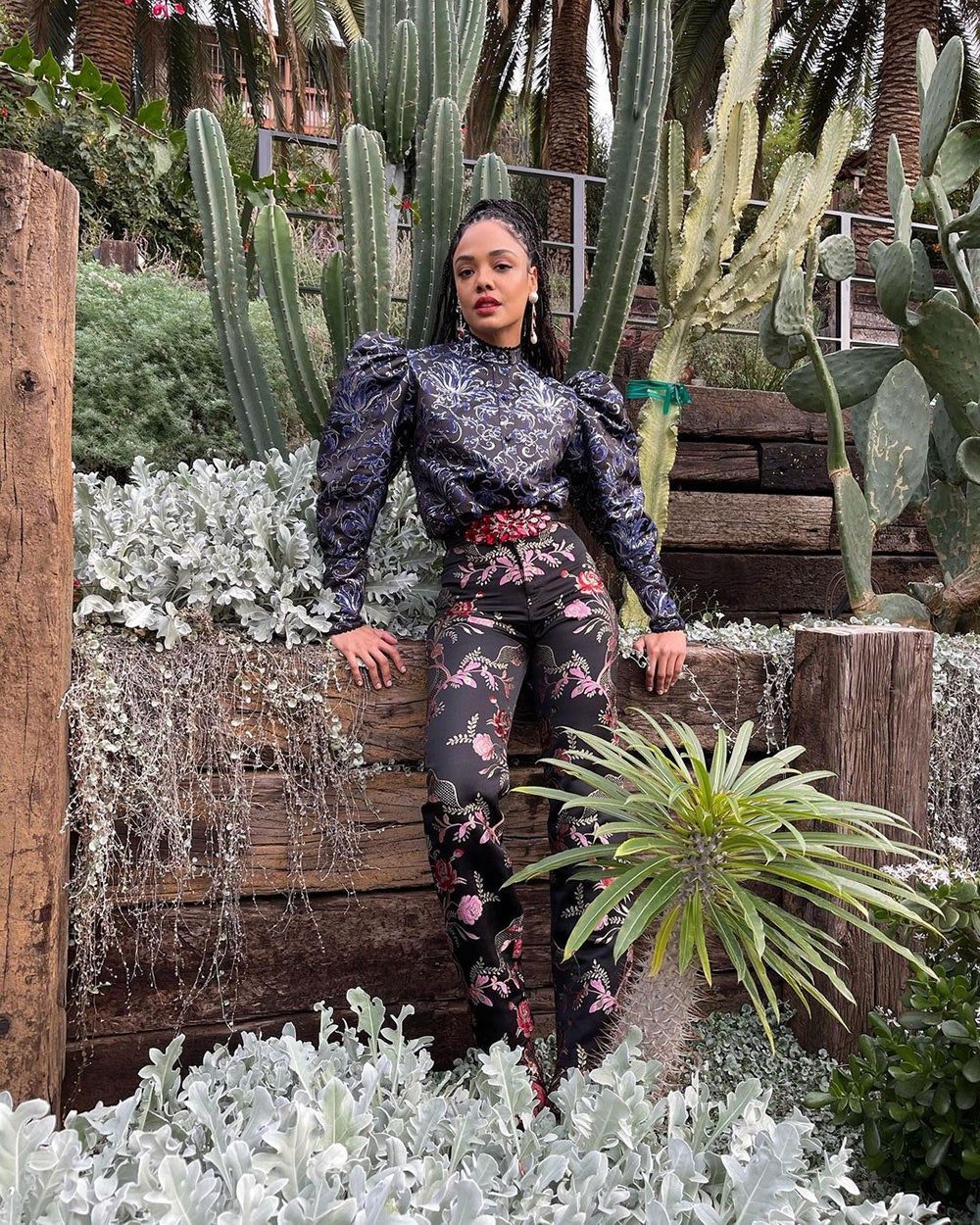 WHO: Tessa Thompson
WHAT: Rodarte
WHERE: Sylvie's Love Virtual press tour
WHEN: January 7 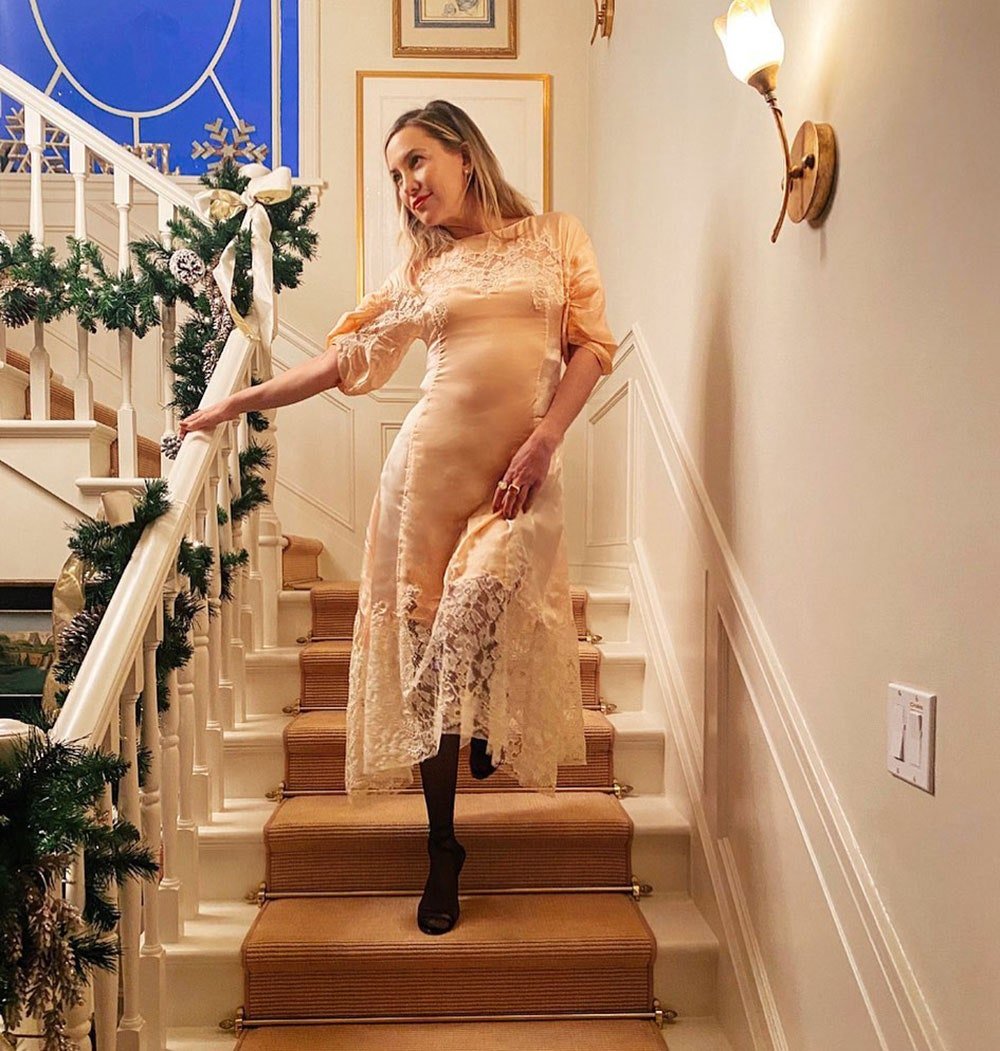 WHO: Kate Hudson
WHAT: Prada
WHERE: Music Virtual press days
WHEN: January 6 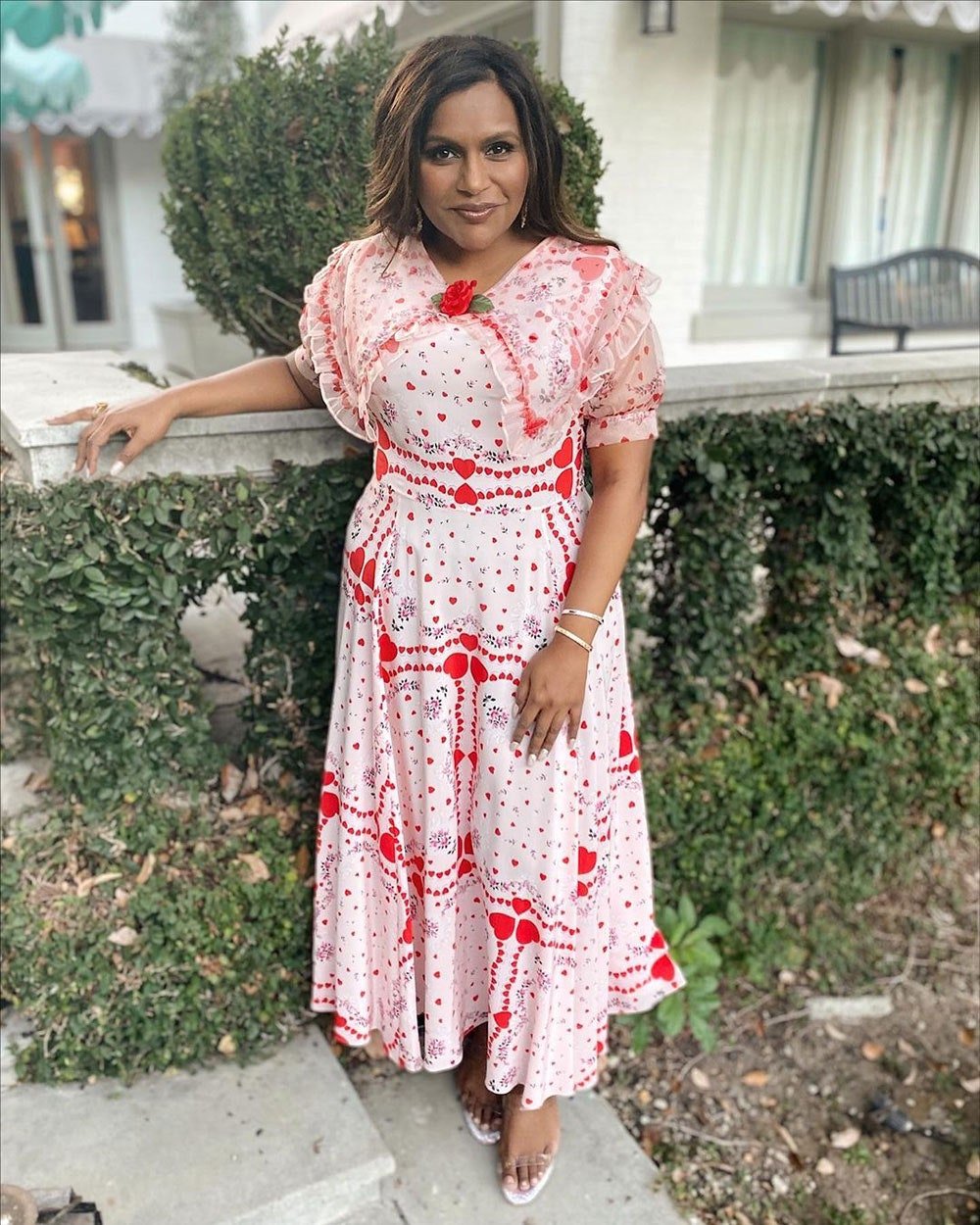 WHO: Mindy Kaling
WHAT: Rodarte
WHEN: January 3