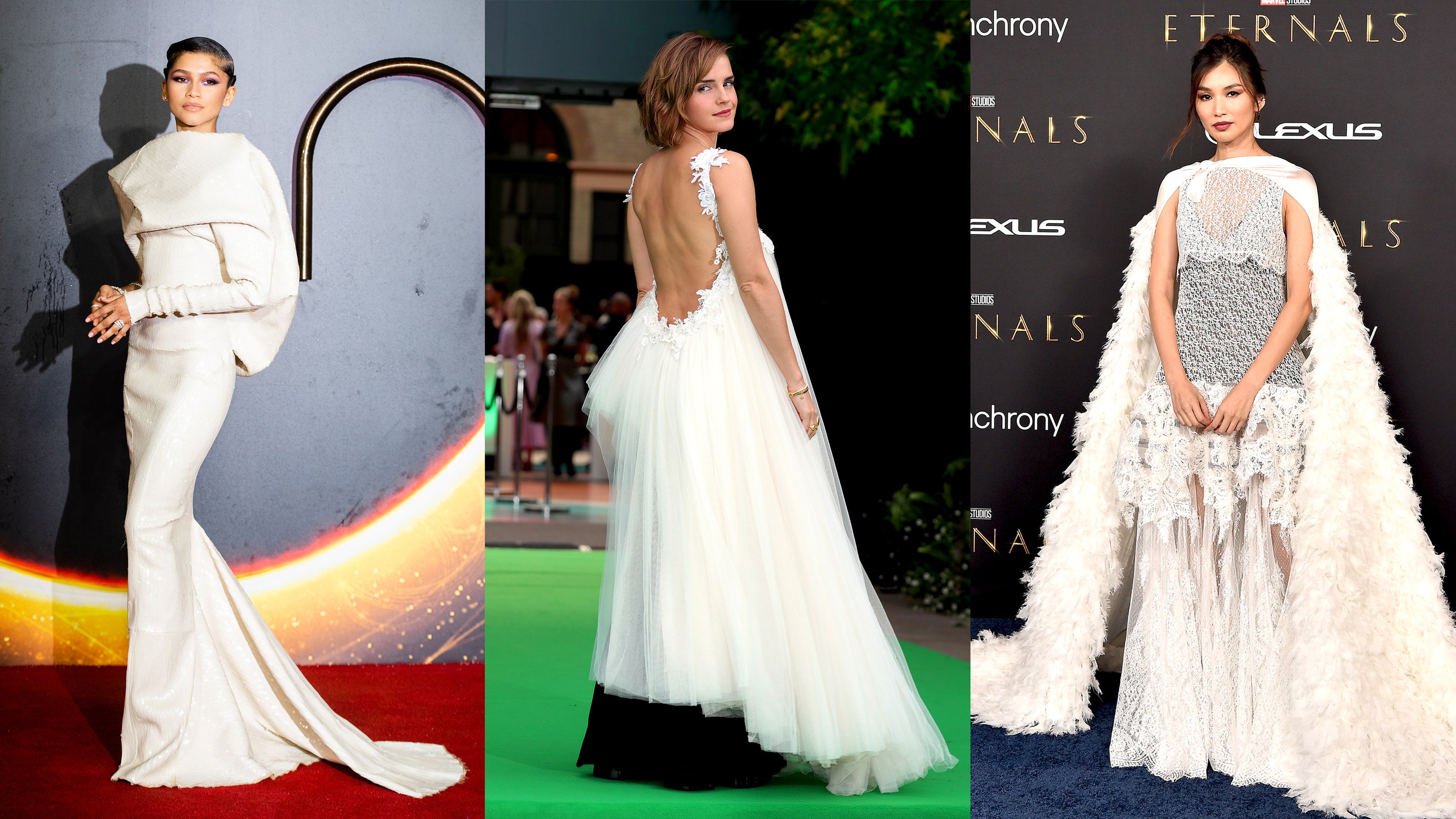 This Week, the Best Dressed Stars Were Sophisticated Superheroes

Whether they were attending a gala or seated courtside, celebrities wanted impeccable fashion.

Sophisticated fashion doesn’t have to skew traditional. Last week, stars utilized forward-thinking labels and pieces created by young designers to create luxurious style moments with edge. As is often the case, Zendaya led the charge. The star brought welcome drama to a screening of Dune in London’s Leicester Square by arriving in the sculptural closing look of Rick Owens’ fall 2021 show.

When the collection debuted in March at Venice Lido, Owens told Vogue’s Nicole Phelps that the inspiration for his otherworldly creations stemmed from anxiety over current events-the pandemic, climate change, and America’s tense political situation among them. In response, Owens dreamed up surrealist shapes, protective layers, and superhero-worthy armor to awaken the warrior within. The sequin-embellished virgin wool gown worn by Zendaya summed up those objectives aptly, while channeling the high-fantasy sci-fi vibe of her film. Appropriately alien, with a surface texture and curved shape reminiscent of a nautilus shell, the gown was a glamorous shield against all those paparazzi flashbulbs.

Equally arresting was the Louis Vuitton spring 2022 runway look Gemma Chan selected for the world premiere of Eternals. The starting point of Nicolas Ghesquière’s collection was old school-France’s Empress Eugénie and her 19th-century cohorts—but his vision remains contemporary. Chan’s feathered cape and transparent lace dress utilized the preferred fabrics favored during the Belle Époque, but their attitude had more to do with the superhero character she plays in the film. As Sersi, Chan plays an immortal imbued with cosmic energy, and Ghesquière’s design perfectly captures that mystical concept.

There’s more than one way to bring superhero spirit to an event. Emma Watson prefers to stay under the radar, but the ceremony for The Earthshot Prize brought her out for the evening. Created to incentivize solutions to climate change and environmental issues, the awards given by the Royal Foundation honors organizations protecting nature and wildlife. Naturally, as a dedicated environmentalist, Watson chose fashion that aligned with her values. Created using vintage wedding dresses sourced from Oxfam stores, her custom Harris Reed gown was the ultimate upcycled piece. Paired with Reed’s black flares and jewelry collaboration with Missoma it was chic, sustainable, and thoroughly modern. 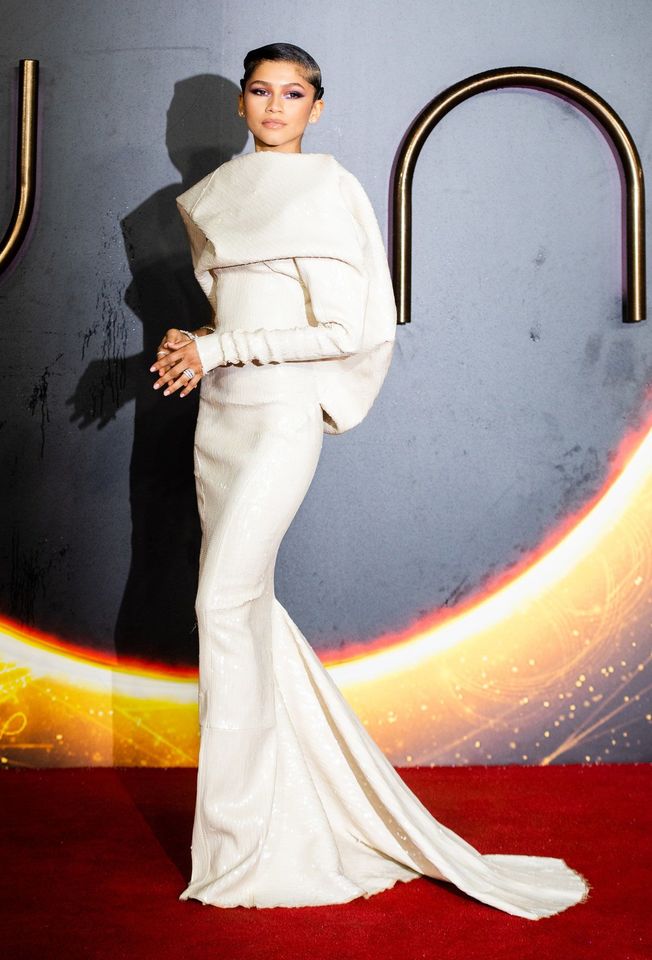 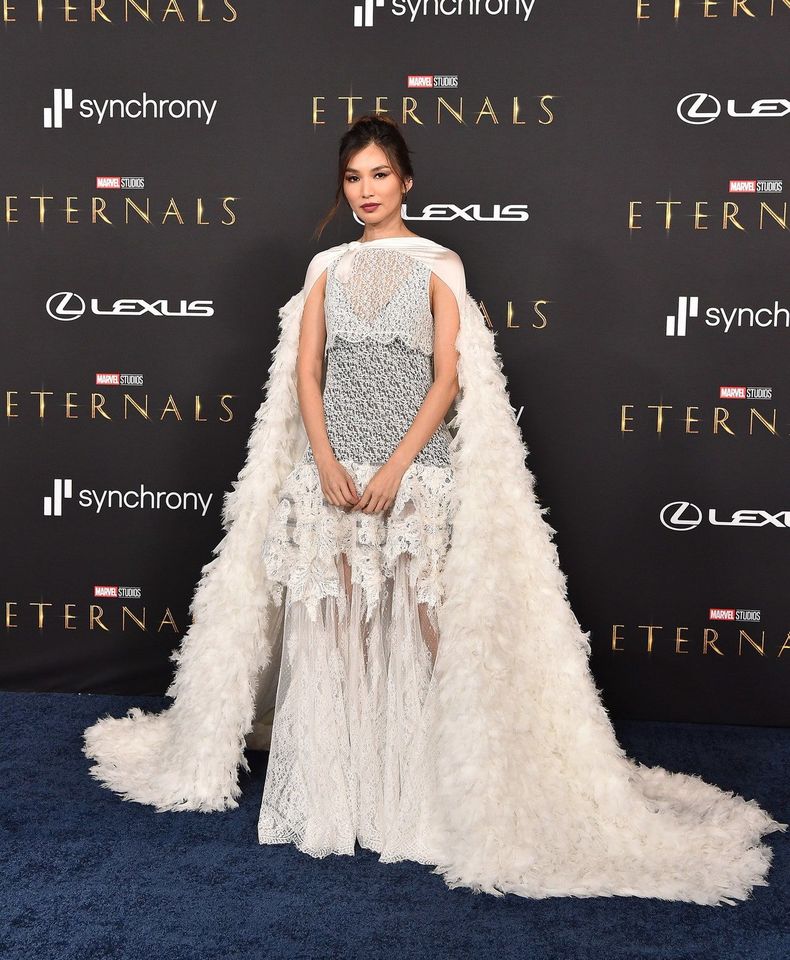 WHO: Gemma Chan
WHAT: Louis Vuitton
WHERE: Eternals Los Angeles Premiere
WHEN: October 18 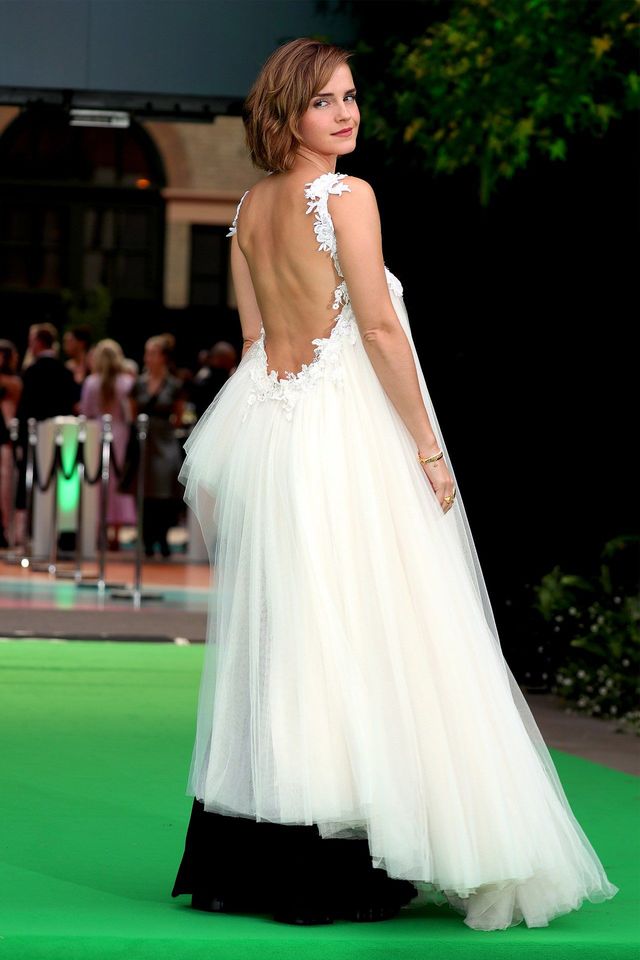 WHO: Emma Watson
WHAT: Harris Reed
WHERE: The Earthshot Prize 2021
WHEN: October 17 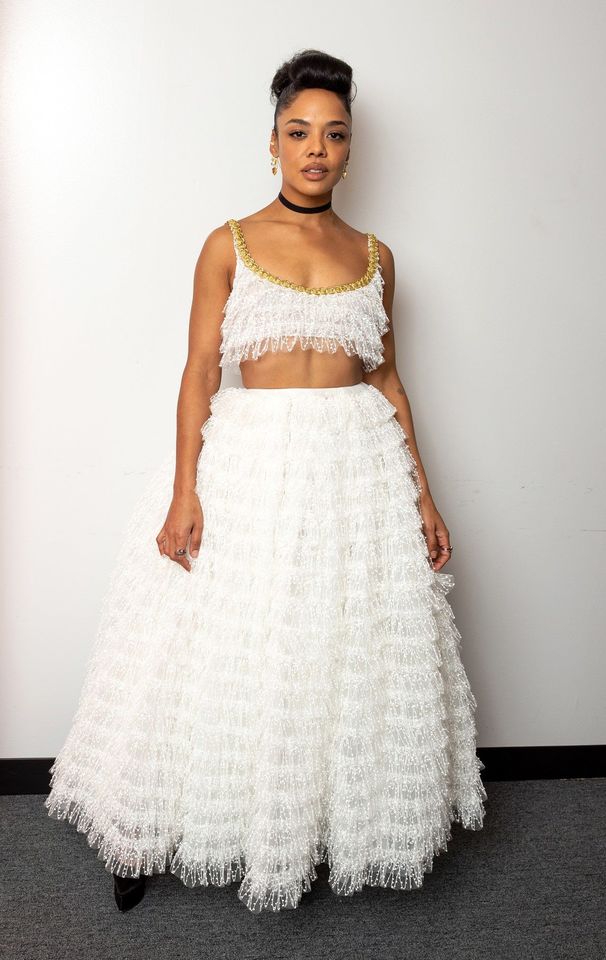 WHO: Tessa Thompson
WHAT: Giambattista Valli
WHERE: Film Independent Passing Screening
WHEN: October 23 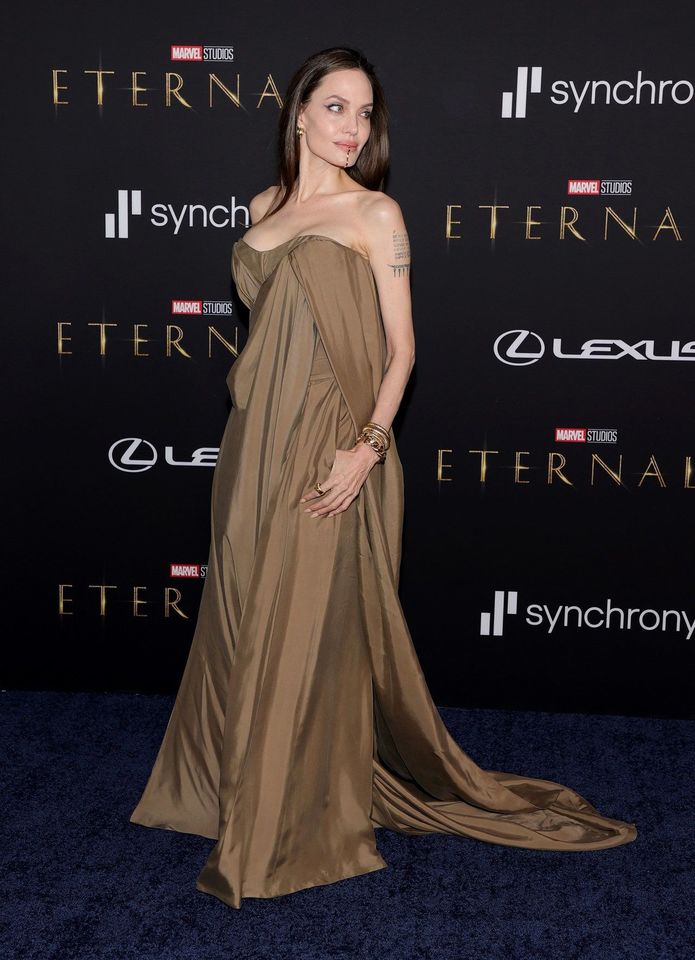 WHO: Angelina Jolie
WHAT: Balmain
WHERE: Eternals Los Angeles Premiere
WHEN: October 18 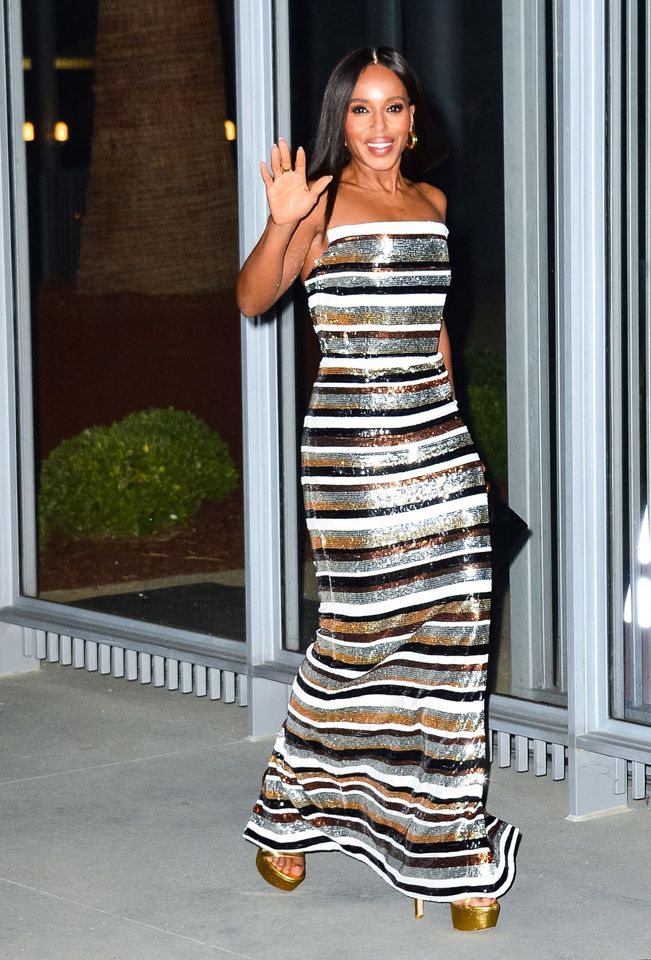 WHO: Kerry Washington
WHAT: Ralph & Russo
WHERE: 27th Annual Women in Hollywood Celebration
WHEN: October 19 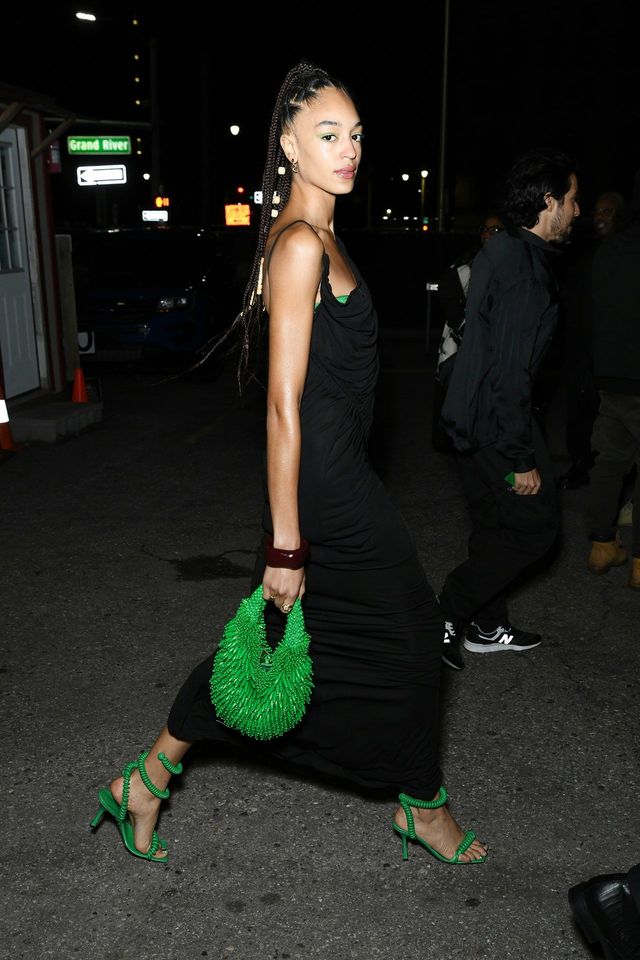 WHO: Rita Moreno
WHAT: Ralph Lauren
WHERE: 27th Annual Women in Hollywood Celebration
WHEN: October 19 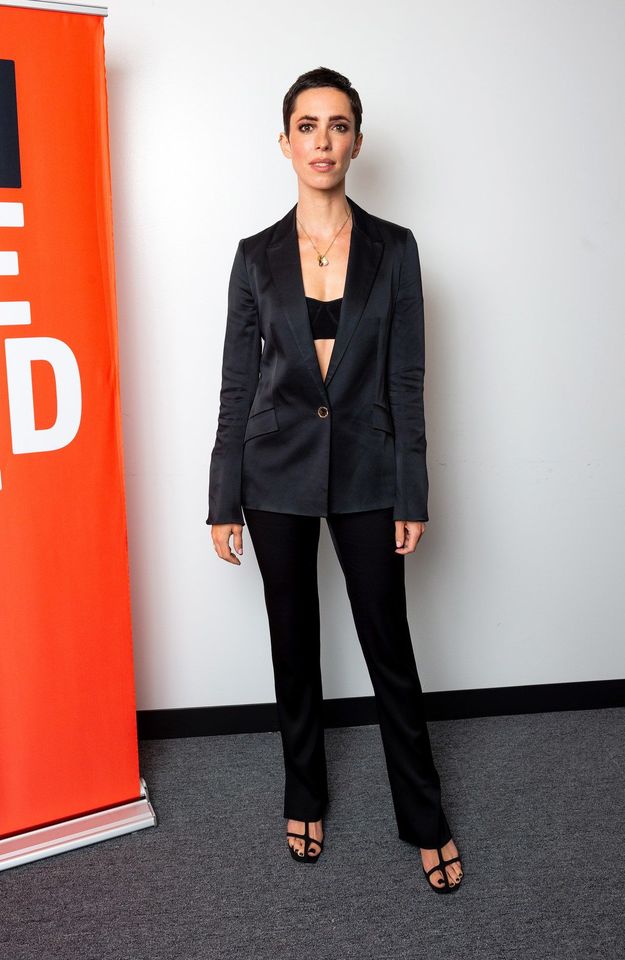 WHO: Rebecca Hall
WHAT: Galvan
WHERE: Film Independent Passing Screening
WHEN: October 23 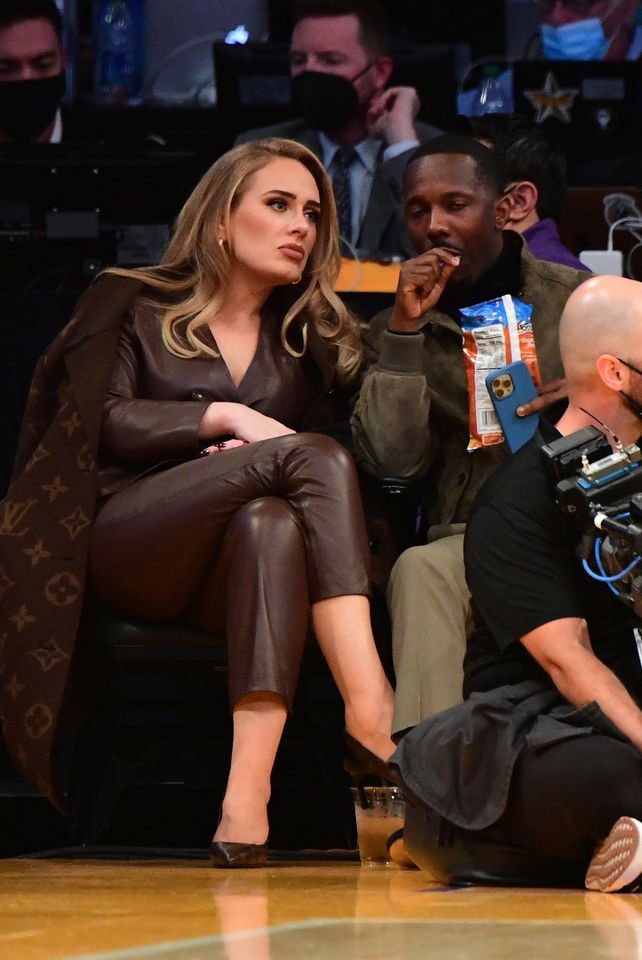