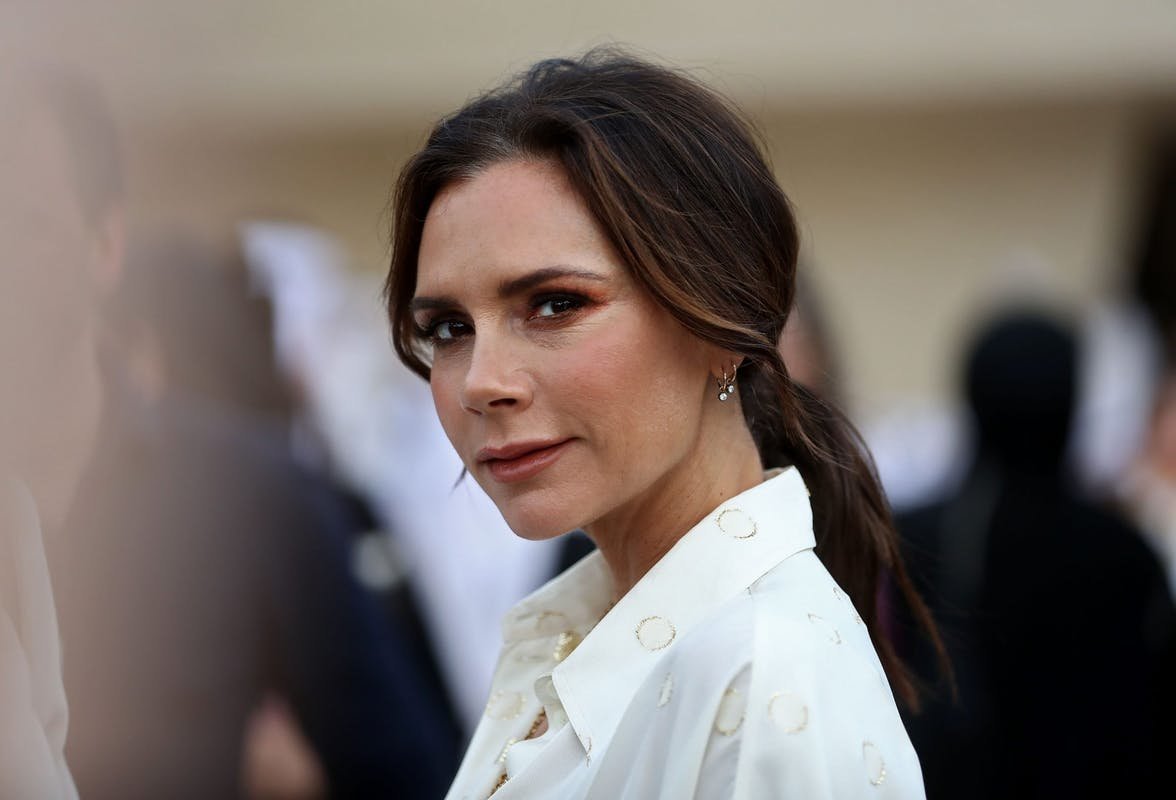 Victoria Beckham showed off what she calls her "sex pants" on Instagram before date night with her hubby David.

Victoria Beckham got candid about her outfit choice for date night with her husband David in a new Instagram post wearing her "sex pants." In the photo, the former Spice Girls member dons a white long sleeve top and a pair of black latex jeans while climbing a ladder to reach something in a high cupboard. The caption reads, "Domestic goddesses wear plastic pants! Sorting the kid’s snacks before date night... can’t wait to see what you’re wearing @davidbeckham 😂 #sexpants."

During the start of their highly publicized relationship in 1997, Victoria and David affectionately dubbed "Posh and Becks." They dated for two years, before getting married and having their first child, Brooklyn, 21, in 1999. Since then, they've had three more new additions to the family: Romeo, 18, Cruz, 15, and Harper, 9. Both Victoria and David are known to play pranks with each other over social media. Last month, the soccer star swore "revenge" on his wife for a picture she shared of him wearing oversized boots with a nice suit. He said on social media, "Revenge will be sweet @VictoriaBeckham."