What 38 Designers, Photographers, and Other Insiders Missed Most About Paris Fashion Week

Paris Fashion Week was mostly virtual. Here's what was missing amidst the digital shows and online press conferences, according to stylish locals.

If Paris Fashion Week in digital form has remained saturated with propositions and visions of the clothes we will be seeing-and perhaps wearing-in a few months, it’s only natural to be feeling a certain wistfulness for the experience as it used to be not so long ago. La nostalgie, as the French say.

For those who call Paris home, these feelings are particularly pronounced as almost all outward activity has been nonexistent: the mega-production tents, the street style peacocking and paparazzi, the terraces packed with people who look simultaneously beautiful and bizarre, the models off-duty and spontaneous celebrity sightings; the busier stores and buzzier hotel lobbies, the influx of chauffeured cars; the crowds outside venues, craning their necks for a glimpse of the glamour.

That so many of the collections and accompanying videos this season projected optimism and vibrancy suggests how eager everyone here is to manifest our fashion desires into reality once again. In the meantime, despite unresolved and ongoing industry challenges, discovering what various local designers, creatives, and organizers have been missing confirms how Paris Fashion Week plays out as a celebration of ideas, exchanges, and togetherness beyond the business imperatives. Call it a Sisyphean level of work offset by a whole lot of fun. Here, then, is what the locals missed this week: 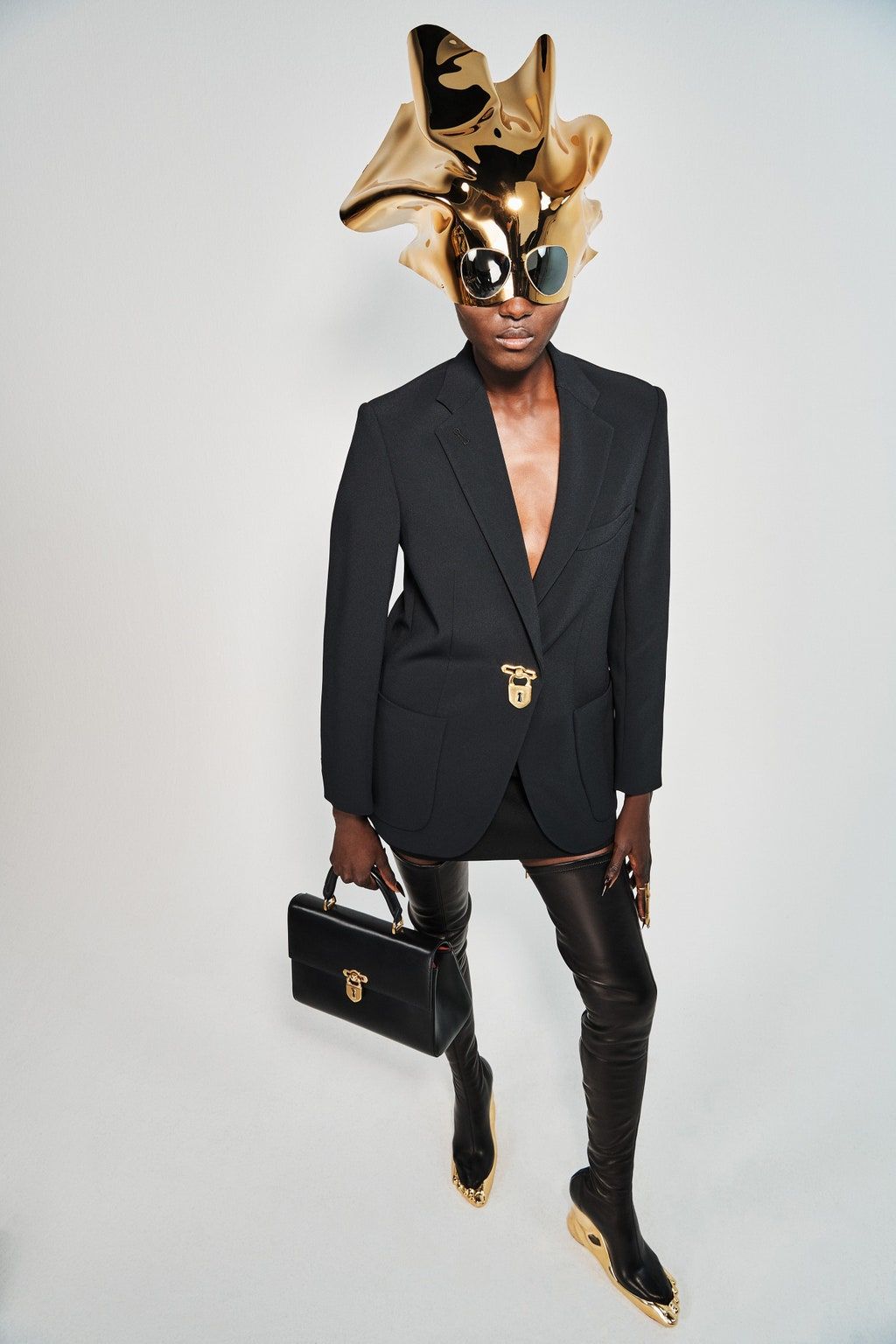 Having my mom here.-Daniel Roseberry, Schiaparelli

I could have said the intensity, or the excitement; but what I miss the most from fashion week are faces and people. You meet so many people, and each one has a different story. These faces, you see them all season, and I miss that now.-Christelle Kocher, designer, Koché

The energy of my friends in the industry coming to Paris.-Julien Dossena, creative director, Paco Rabanne Almost like paparazzi, I always love to see fashionable people in the street; I find them inspiring. And catching up friends from abroad over a café.-Sarah Andelman, Just An Idea

I terribly miss the physical communion, having all my senses simultaneously stimulated as well as that thrilling feeling when the lights dim at the start of a much-anticipated show.-Ezra Petronio, Petronio Associates

I miss saying, ‘The show is about to start,” to a live audience and feeling those few seconds in the crowd. More broadly, there is not the satisfaction, the emotion, and sense of accomplishment that a live, short, one-time experience gives you.-Alexandre de Betak, Bureau Betak

I miss people from other countries. Fashion is a worldwide community. I miss Leaf Greener, stuck in Shanghai, for example. I miss the sharing with other cultures. I am French and typically French, but what’s an identity if you don’t share it, and you don’t feed it with other cultures?-Sophie Fontanel, journalist The element of surprise. Today, everything is so scheduled. I miss the spontaneity. The idea of, “I have just landed in Paris; let’s have dinner together.” The feeling of no-planning.-Guillaume Henry, artistic director, Patou

I miss seeing my friends from all over the world; I miss seeing smiles from them when I have a front row drama; I miss hugs and fun; at this point, I even miss the dramas!-Lucien Pagès, Lucien Pagès Communication

What I miss the most are the first seconds arriving into the venue of the show and saying ‘wow’ while I’m taking the first picture.-Karl Hab, photographer

The magic of the vibration that happens when you feel other people’s reaction to the collections. It’s everything that cannot be explained with words, but with the energy and connection with each other. There is something that cannot be described by the number of views or written comments.-Sofia Achaval and Lucila Sperber, co-founders of ÀCHEVAL

Like everyone, we miss people and all our friends in Paris. We miss being close to our show, less disconnected through the screen-to feel the immediate feedback and real emotions.-Cosima Gadient and Christa Bosch, designers, Ottolinger 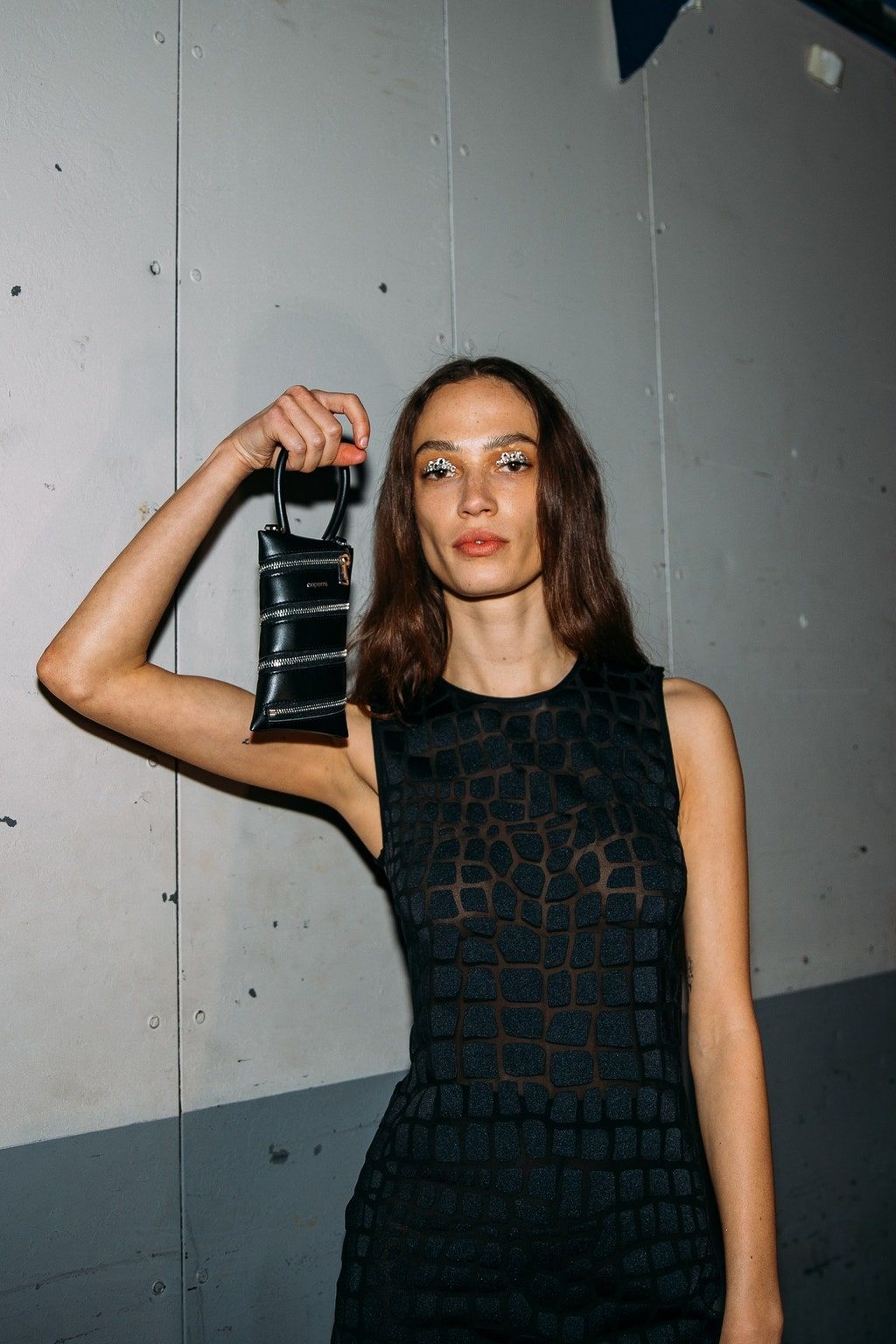 The hugs and after-parties.-Sophie Koella, model

The actual face-to-face talks with journalists and buyers; I am missing all of that.-Marie-Christine Statz, designer, Gauchere

I’m missing the interactions with people seated next to me. I’m missing the communal emotion and enthusiasm that is linked to this shared instinct whenever we discover an exciting new fashion proposition.-Alexandre Samson, curator haute couture and contemporary creation, Musée Galliera

Zooms can’t replace the energy of human interaction. The vibrations in the air.-Robin Meason, Ritual Projects

The human contact; the ultra-excitement; the culmination of four months of work, and then the défilé, which is such a great moment. Fashion represents society and makes social links-it is excessively magical-so it’s normal we would miss all this.-Alexandre Vauthier, designer

Going back to my hotel room and ordering a Deliveroo, because the fashion dinner I had at 11 pm wasn’t quite sufficient.-Susie Lau, journalist and consultant 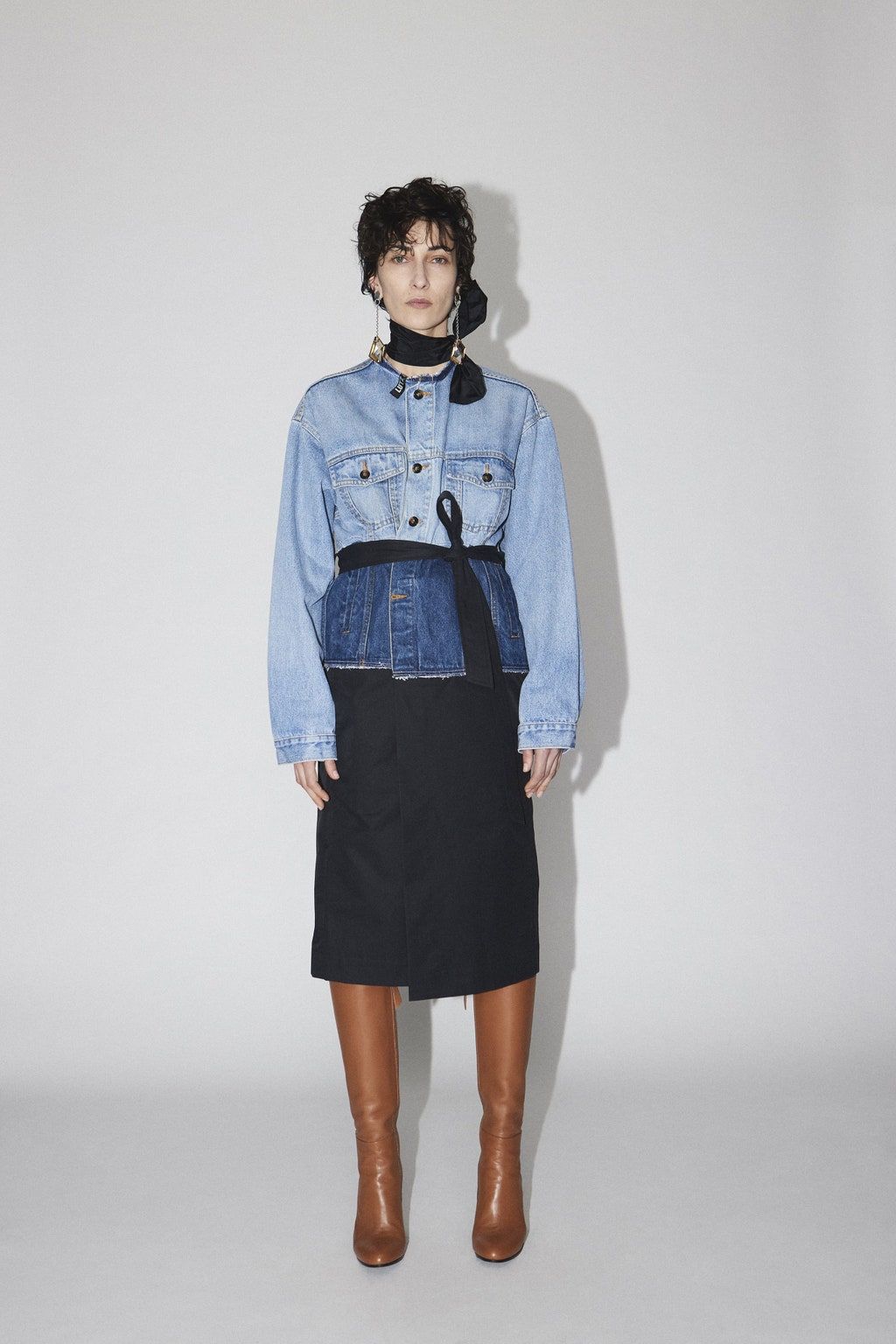 I miss the late nights in the studio; the surprises (even the bad ones); the hugs, the laughter; the waking up at 3 am wondering about whether that top really goes with those pants; the endless espressos; the fittings; the joy of seeing something that works and the terror of seeing something that doesn’t. I miss my friends coming to Paris for the show; my parents and sisters; late night pasta dinners; and the intake of far too much sugar. In short, I miss every single thing about fashion week!-Lutz Huelle, designer

I am missing people I didn’t think I would be missing, so now I have a better sense of who I really like in this business and who I really miss. It’s a good thing.-Carine Roitfeld, editor

For us and our family, fashion week became a set tradition-a moment to gather from different parts of the world and to feel their support. Everyone would crash in our apartment and hotels along our street.-Rushemy Botter and Lisi Herrebrough, creative directors, Nina Ricci

I miss emotions that can only be produced with a physical celebration! Fashion show, parties; jumping on someone before a show; emotions of a designer and his or her team backstage; the curiosity of an audience discovering what they are going to witness a few seconds later.-Saskia Lawaks, photographer

The interaction between the models and the audience; that very moment that can be unique and memorable. It is very much like the difference between theater and cinema-the ephemeral dimension doesn’t exist in the cinema, or in this case, the video.-Nathalie Ours, PR Consulting 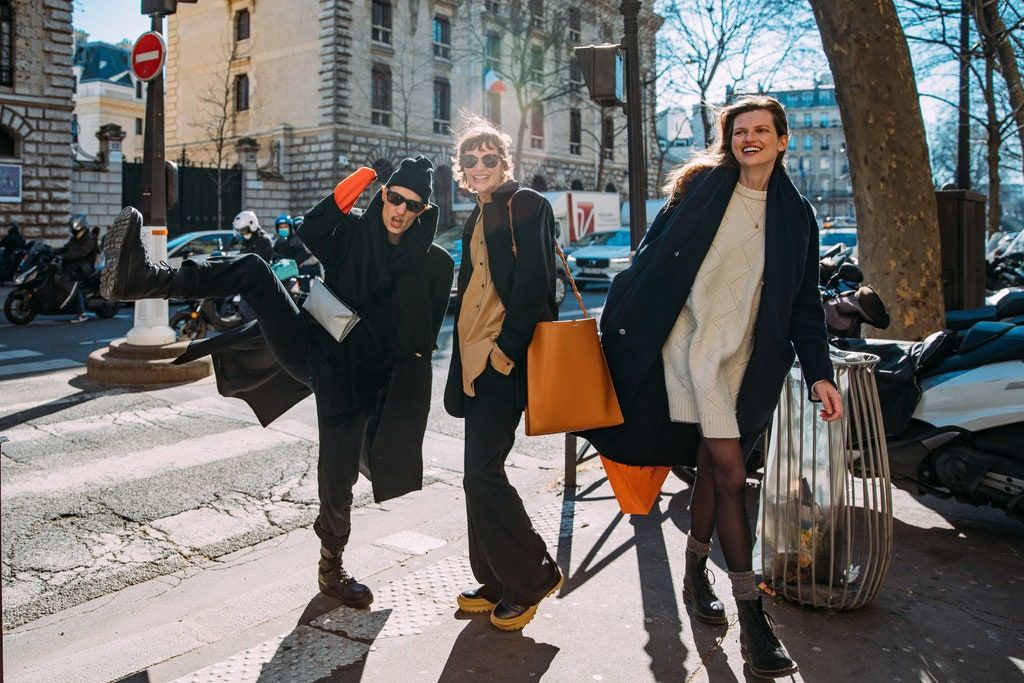 What I miss most is physical exchange. For me Fashion Week is more than just clothes. It’s the entire atmosphere that makes it so special.-Acielle, photographer

I miss being in my studio and receiving my people: buyers, journalists, friends-and then the parties altogether.-Rabih Kayrouz, designer

The fun, the energy, the rush, the excitement-just everything!-Mira Mikati, designer

I miss the parties, of course.-Honey Dijon, DJ

The adrenaline that hits you when the girls are lining up to go out on the runway and here you are, adjusting the earrings, the buckle, trying to tuck in her blouse properly-I miss this. But most probably a digital presentation is better for my health.-Andrew Gn, designer

My ‘fashion week friends’ who I usually only see during the shows as they mostly live abroad. We could very seriously discuss a show, a color, the casting or a hemline between two events; do some re-sees or have lunch together. It’s like when you were a kid and had a best friend you’d only see in the summer and shared one specific passion with. I miss them and those moments.-Azza Yousif, stylist and fashion director GQ France

The day before: all the thoughts of seeing and talking to people, wondering what they are going to think. I’m a huge mess, but I love it.-Kevin Germanier, designer

I miss a quick snack of delicious Carette canapés between two shows-and I miss the clapping at the end of a show.-Pascal Morand, executive president of the Fédération Française de la Haute Couture et de la Mode