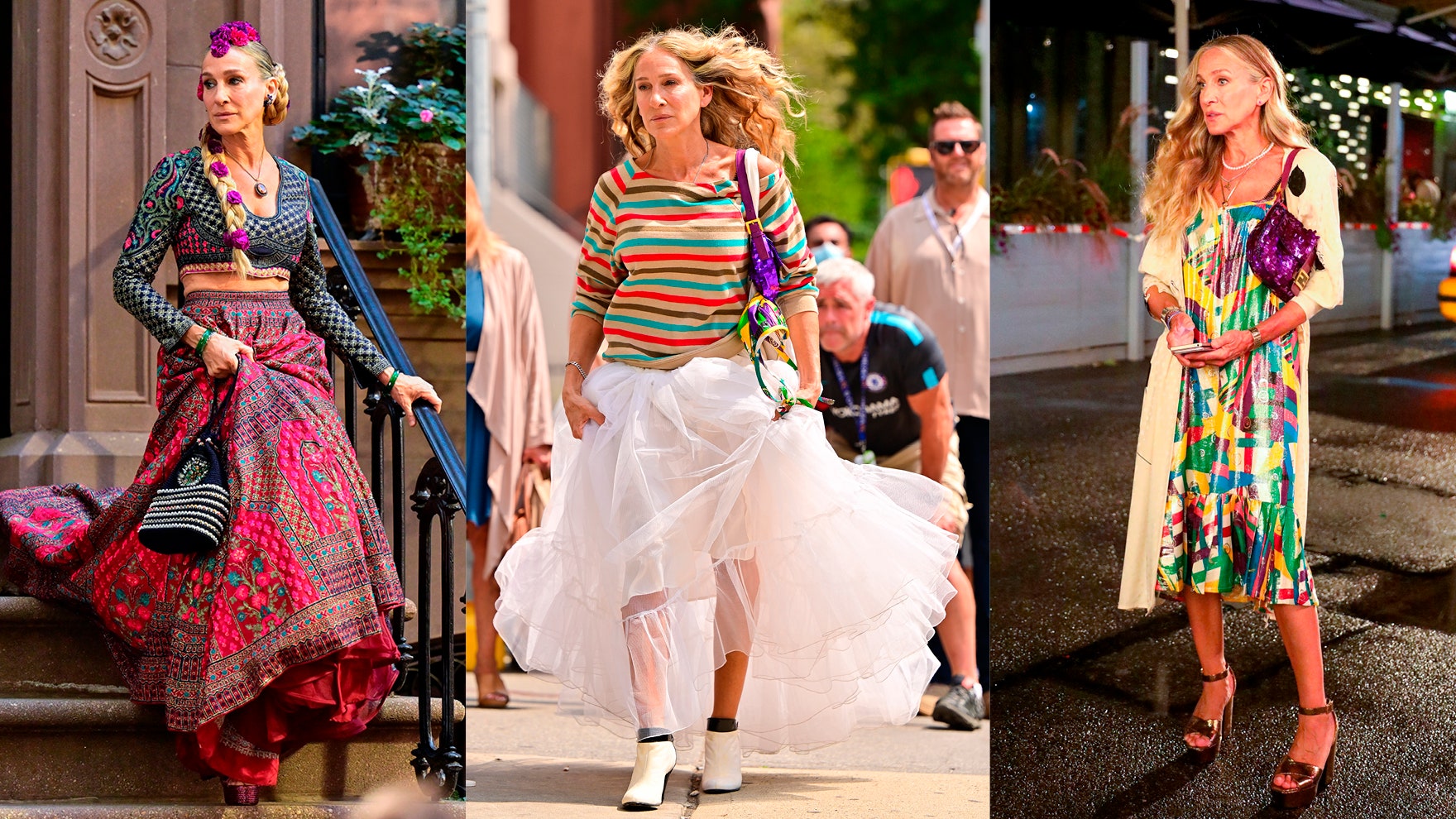 What Carrie Bradshaw’s Been Wearing in 2021… So Far

If you’re a serious Sex and the City fan, you’re likely already stalking all of the paparazzi photos from the set of its modern-day sequel, And Just Like That, which premieres on HBO in December. Sarah Jessica Parker (Carrie Bradshaw), Cynthia Nixon (Miranda Hobbs), and Kristin Davis (Charlotte York-Goldenblatt) have been busy filming in New York since the summertime. Fashion has always played an important role on the show, so it’s no surprise that the 2021 reboot is just as stylish as the original. Parker’s Bradshaw has been wearing a series of modern-day statement looksขand Vogue is rounding up every single outfit that she’s worn so far.

Carrie is known for her flamboyant and risk-taking eye, and over the past few months, Parkerขwho is Vogue’s December cover starขhas slipped back into her Manolo Blahniks with complete ease. Her fiery love of dressing up has not diminished with age, and the show’s costume designers Molly Rogers and Danny Santiag have done an excellent job at reviving her signature bold aesthetic. They’ve incorporated iconic pieces she’s worn on the show in the past, including overalls, the Fendi Baguette bag, and that studded belt. But at the same time, they’ve used modern silhouettes to evolve her style. The pink Carolina Herrera shirtdress she wore in July, for instance, is timeless.

It’s not to say all of Carrie’s outfits are fresh-off-the-runway, though. In fact, many of the pieces Carrie has been wearing in the reboot are vintage. As documented by the Instagram account @justlikethatcloset, she’s worn a striped caftan from the 1970s, a gray Jean Paul Gaultier suit from the 1990s, and more recently, a L’Wren Scott shift dress from 2002. Carrie has always had an eclectic eye and ability to mix-and-match the decades, and in And Just Like That, we’re seeing this progress even further. There’s also just tons of fabulous heels and dramatic hats. Even if you’re not a fan of the original series, consider the upcoming premiere the perfect thing to watch to get some new outfit inspiration. Because who better to ignite some wacky ideas than television’s most famous fashion peacock?

Below, all of Carrie Bradshaw’s new outfits thus far. 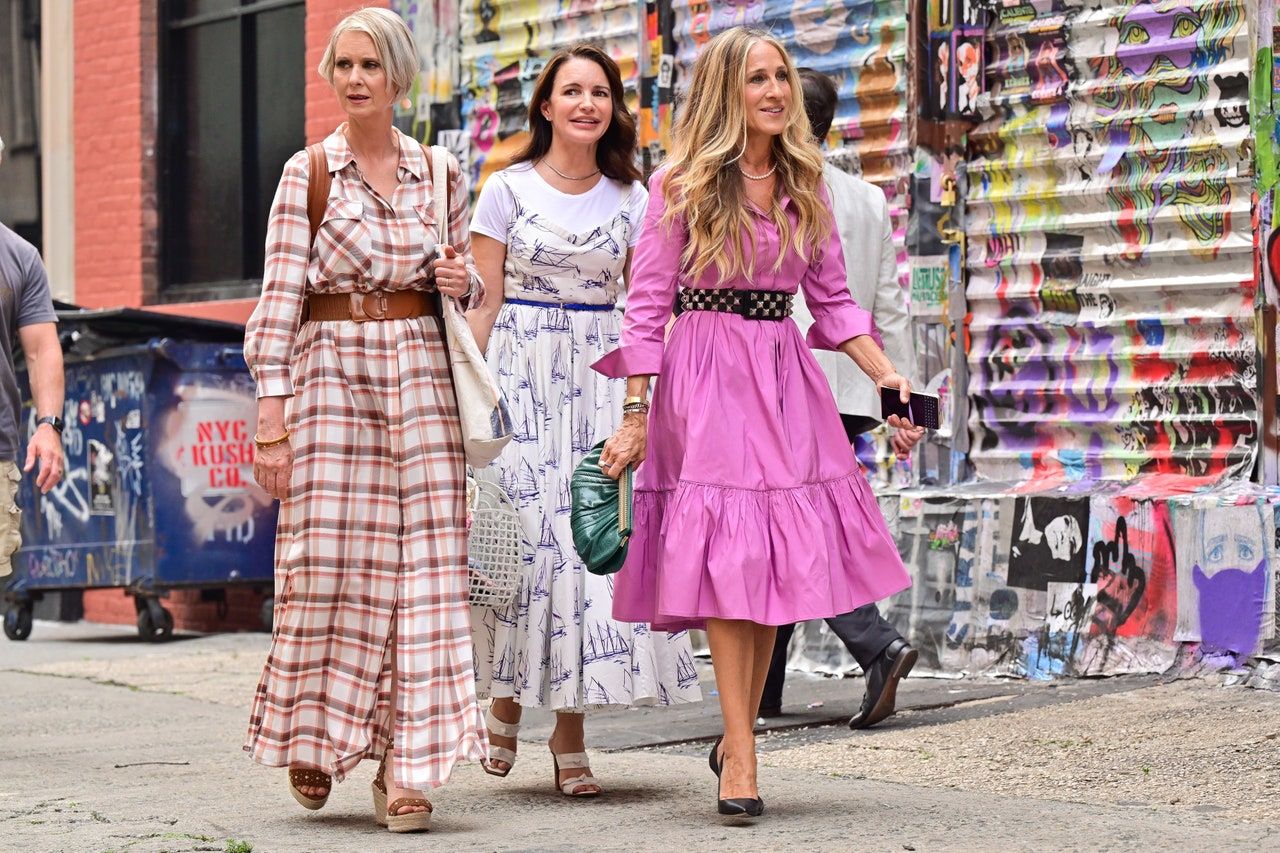 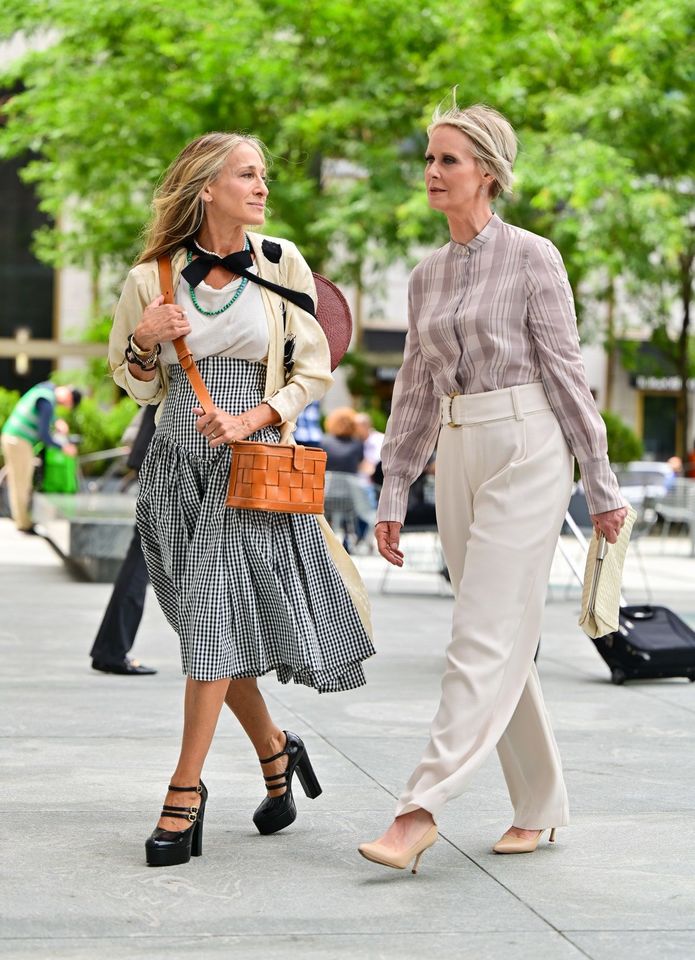 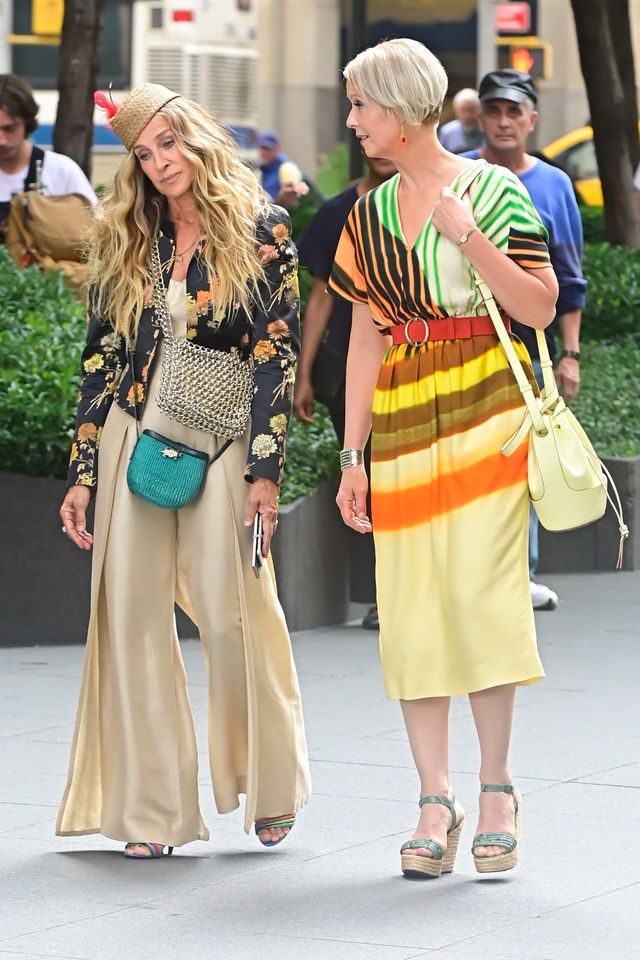 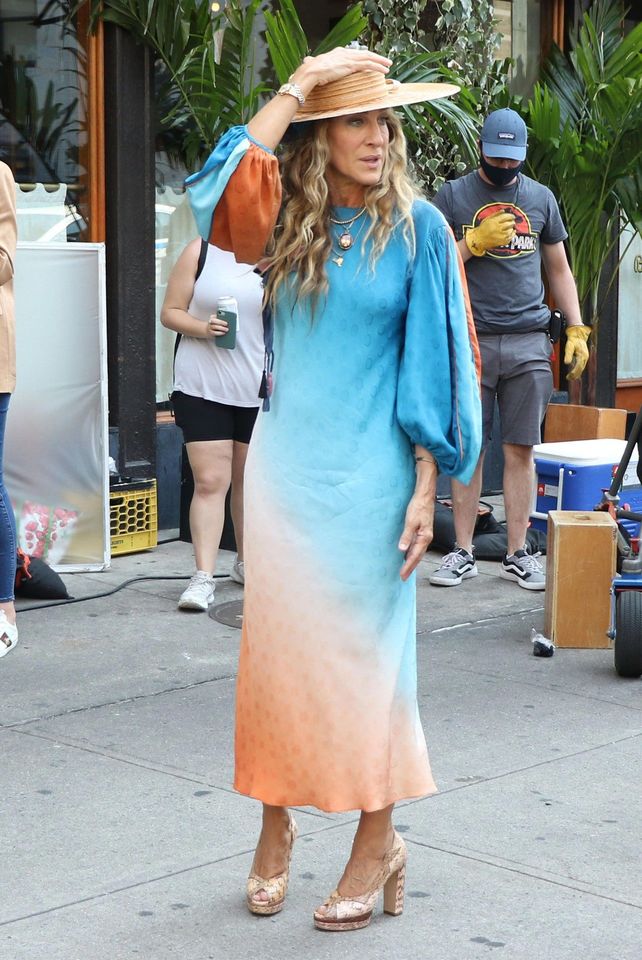 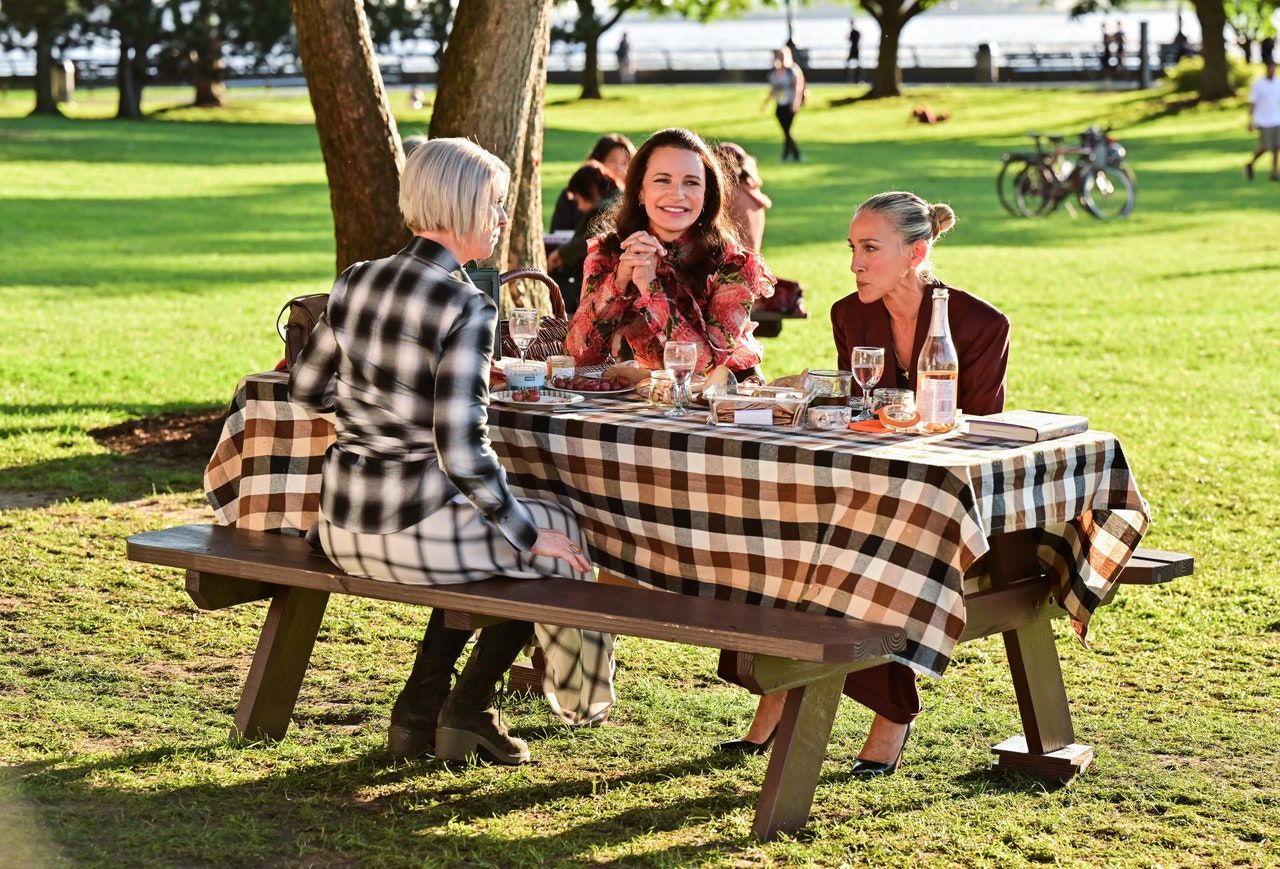 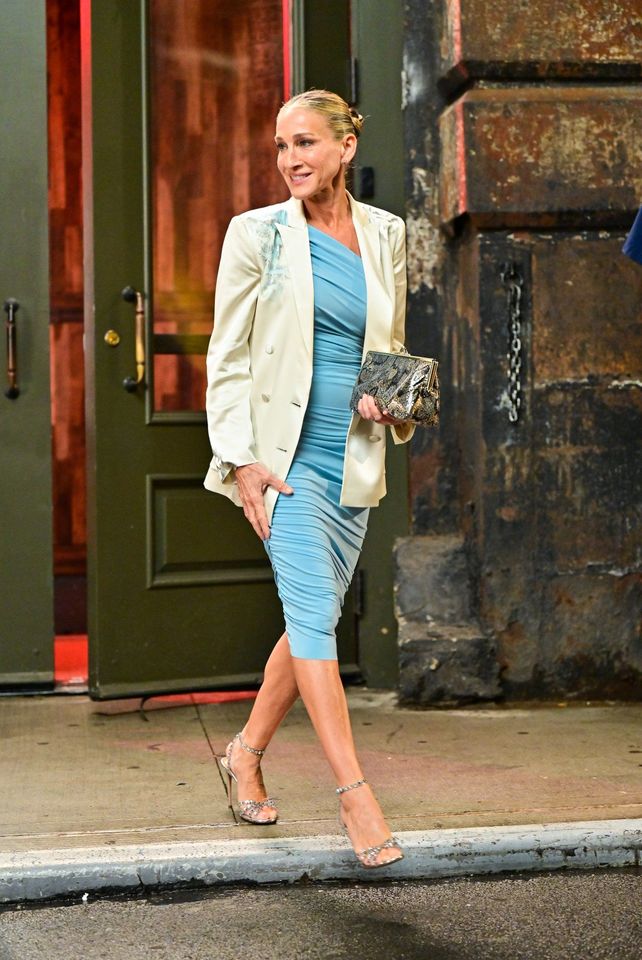 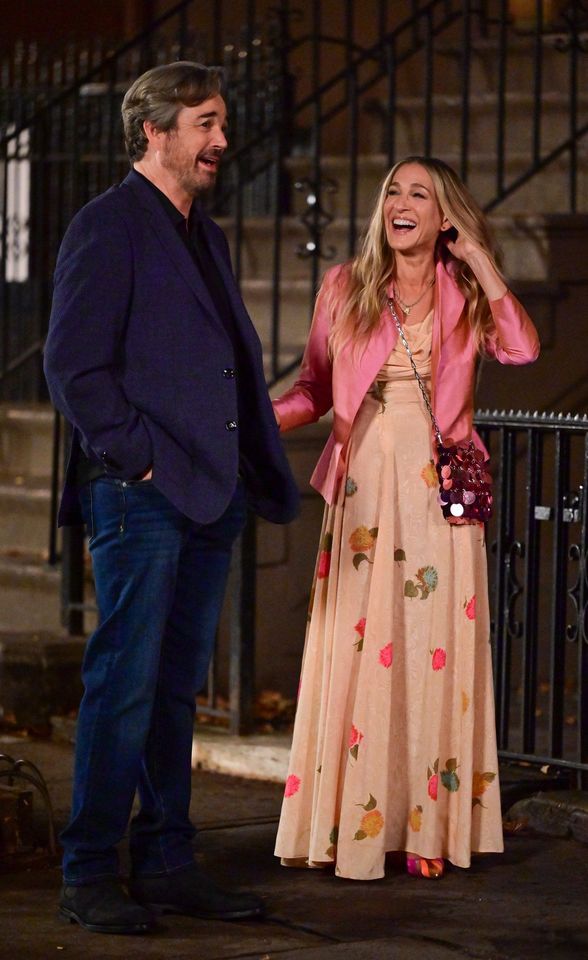 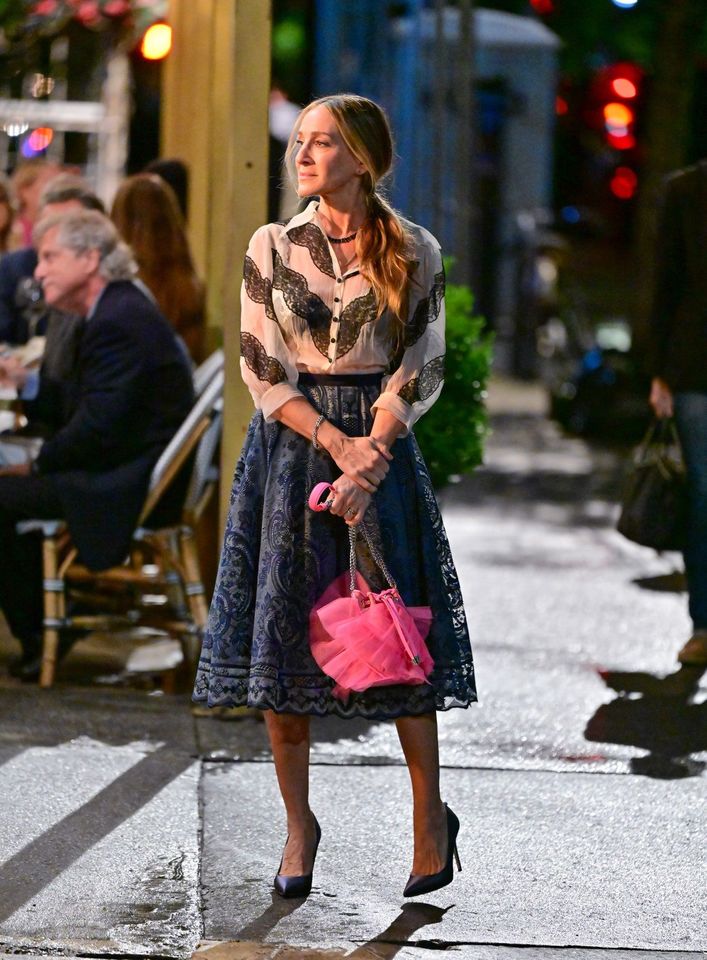 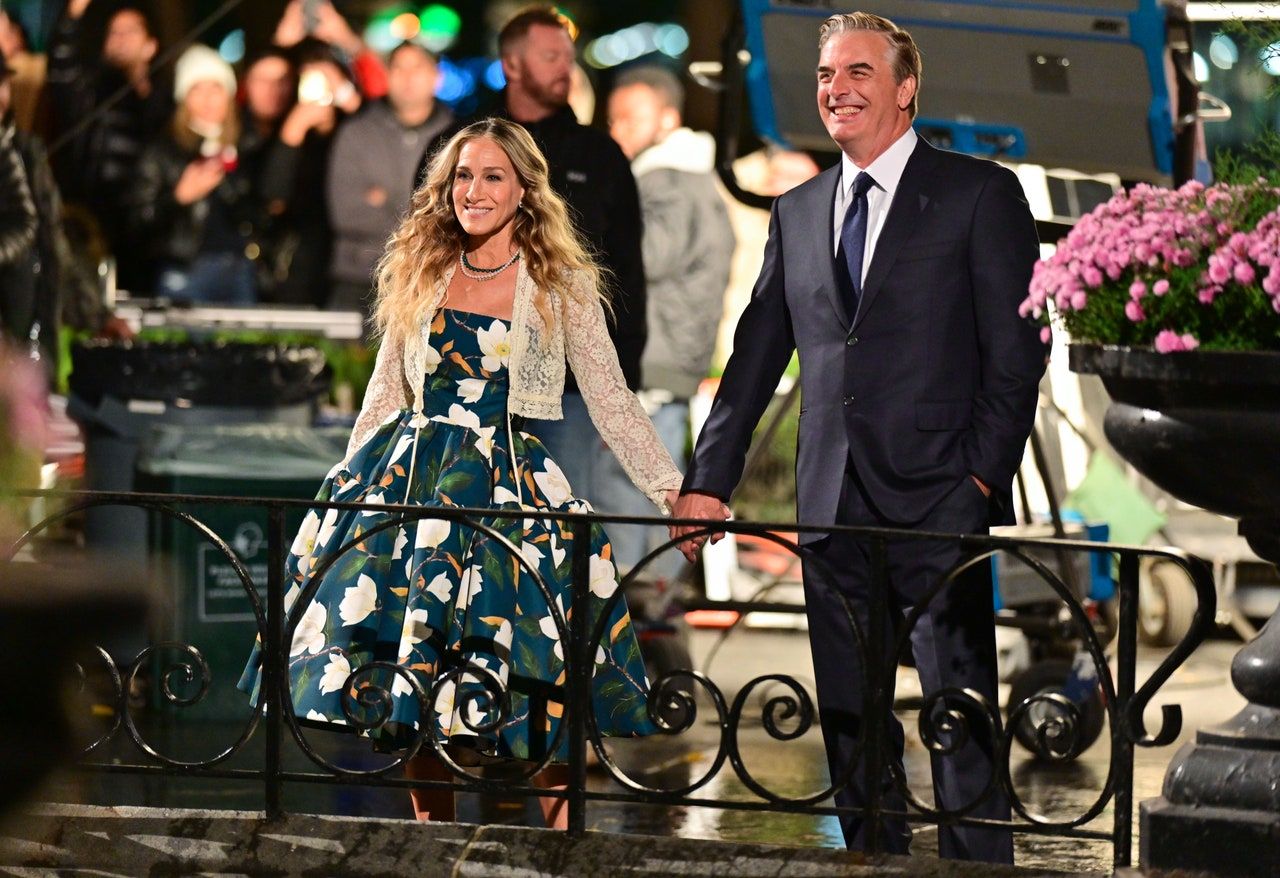