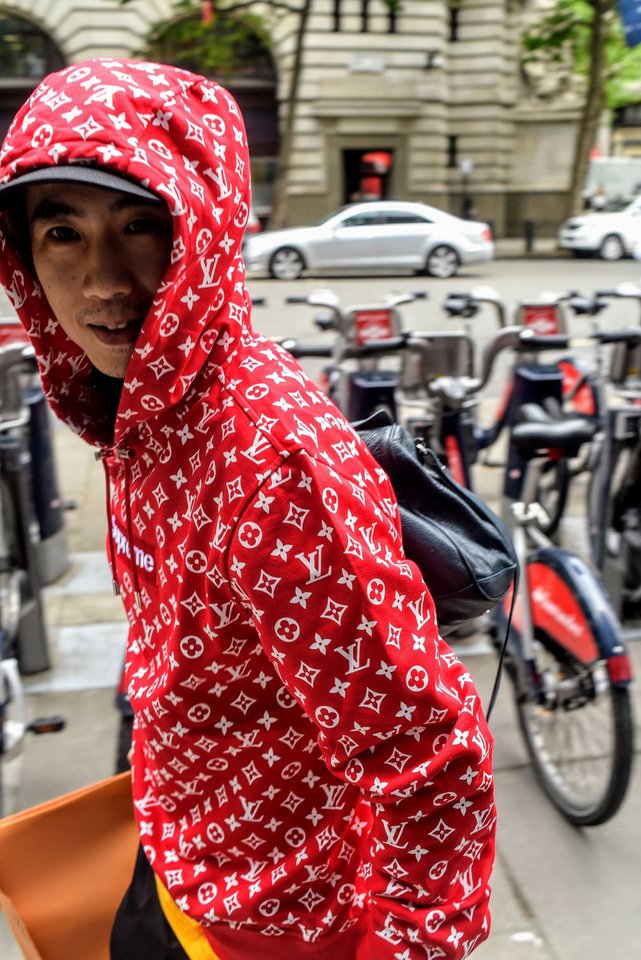 Even during a retail slump, high-stakes fashion deals persist. After some turmoil, LVMH is moving forward with its acquisition of Tiffany & Co.

Alibaba and Richemont recently invested $300 million each in Farfetch, plus another $250 million to establish Farfetch China to create a global luxury-fashion conglomerate. Supreme, the behemoth skateboarding company based in New York, is the latest fashion company acquired in a mega-deal: Today the brand announced its $2.1 billion sale to VF Corporation, the company that owns Vans, The North Face, and Timberland-all frequent Supreme collaborators-and Dickies.

“We are proud to join VF, a world-class company that is home to great brands we’ve worked with for years, including The North Face, Vans, and Timberland,” said Supreme’s founder James Jebbia in a statement. “This partnership will maintain our unique culture and independence while allowing us to grow on the same path we’ve been on since 1994.” Prior to the VF Corp deal, Supreme sold a 50% stake in the brand to The Carlyle Group for $500 million in 2017.

The news of the sale rippled through the fashion industry-and not just for its price tag. Supreme has long been a gold standard for success: Its uncompromising attitude toward aesthetics, products, and customers won the brand a CFDA Award in 2018 and the envious eye of many of its competitors. Here, Vogue Runway breaks down what fashion can learn from Supreme’s ongoing success.

Streetwear Is Far From Dead

While the term “streetwear” is overused, our collective preference for casual, fashionable clothing isn’t going anywhere. Supreme’s emphasis on unisex products like tees, hoodies, outerwear, and accessories like beanies, socks, hats, and skateboards, means it has broad appeal to consumers of all genders and age groups.

The work-from-home era ushered in by the COVID-19 pandemic has probably only made Supreme more covetable to consumers. If you are sitting at home all day, why not invest in stylish sweatpants or a fashionable hoodie?

The failing wholesale model has been the subject of much conversation during the pandemic, with a group of designers led by Dries Van Noten lobbying retailers to shift their delivery calendars and sales practices. In the United States, multi-brand stores have also taken a hit with Neiman Marcus declaring bankruptcy and beloved boutiques like Totokaelo and Jeffrey shuttering. Supreme, however, has maintained a healthy customer flow. Much of that is thanks to its coveted product, but there’s also the fact that a bricks-and-mortar Supreme store and Supreme’s e-commerce site are the only places to buy official Supreme merchandise.

By owning 100% of its retail channels, Supreme incentivizes customers to line up and wait for its weekly drops. It has also created a thriving secondary market for its items on sites like Grailed, StockX, and Goat, where sellers promote Supreme and its goods at no additional cost to the brand. (While you could argue that Supreme doesn’t turn a profit on secondary market sales, well, the $2.1 billion valuation proves the brand does well without that revenue stream.) Other fashion companies have started to shrink their wholesale footprints, due to the pandemic and other causes. In 2019, Prada announced it would “rationalize”-read: scale back-its wholesale accounts. Hermès, meanwhile, already exclusively sells its products in wholly owned stores, adding to the mystique and allure of the brand. 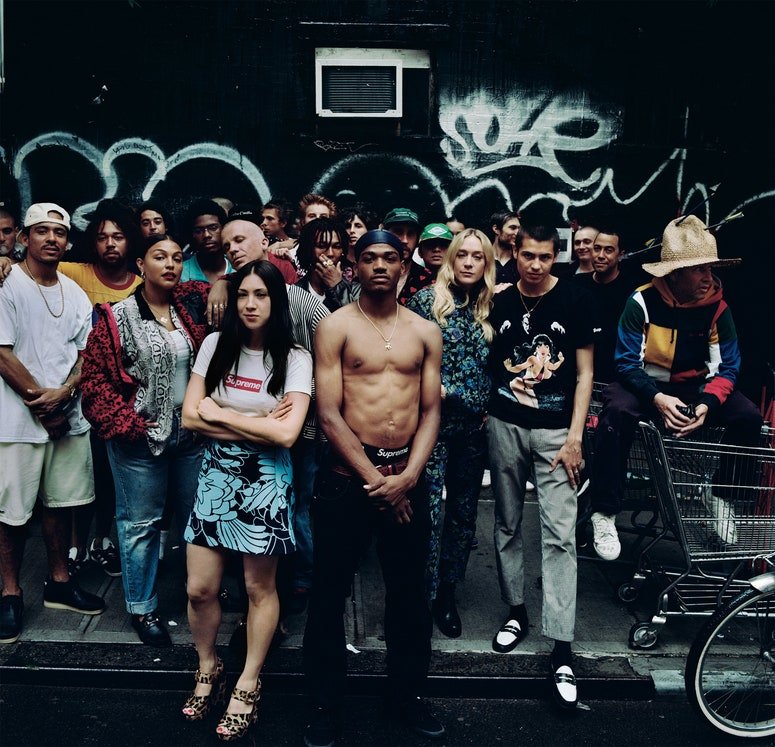 Limited Stock and Smart Collaborations Make All the Difference

The fashion industry is in the midst of an overproduction crisis. Common growth models require flooding the market with product, but when that product doesn’t sell, brands are stuck with warehouses of back stock. While some companies like Gucci, Stella McCartney, and Burberry have partnered with resale sites like The RealReal, the vast majority struggle with unsold merchandise-and yet continue to make more goods for consumption.

Supreme’s limited-release runs only add to its value in the eyes of shoppers. During its Thursday drops, almost every piece sells out, often in a matter of minutes. What’s more: The products Supreme does release are usually the result of offbeat collaborations with companies as diverse as Pat McGrath, Everlast, Louis Vuitton, and Fender. Consider this proof that making less can, in fact, be very financially viable. 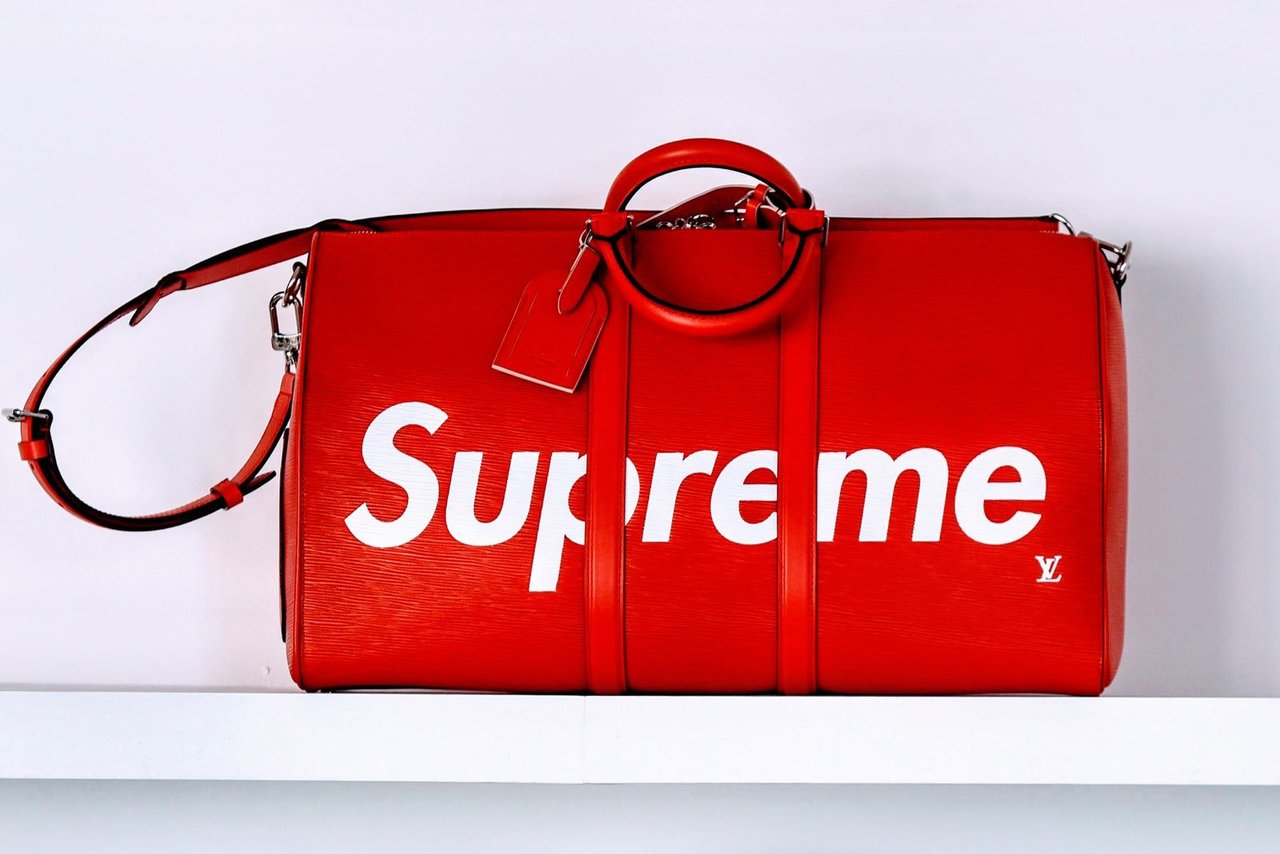 During a presentation this morning, VF Corp executives described Supreme as “anchored in cultural legitimacy.” Despite trafficking in unexpected collaborations, partnerships, and sponsorship deals-as well as opening a global network of stores in Los Angeles, San Francisco, Paris, and Tokyo-Supreme has never lost the cultural caché of a downtown New York skate shop.

That’s not to say the brand is one note; it still delights and surprises its customers with out-there ideas, but tries to stay true to its roots. “My thing has always been that, the clothing we make is kind of like music,” Jebbia told Vogue in 2017. “There are always critics that don’t understand that young people can be into Bob Dylan but also into the Wu-Tang Clan and [John] Coltrane and Social Distortion. Young people-and skaters-are very, very open-minded…to music, to art, to many things, and that allowed us to make things with an open mind.”