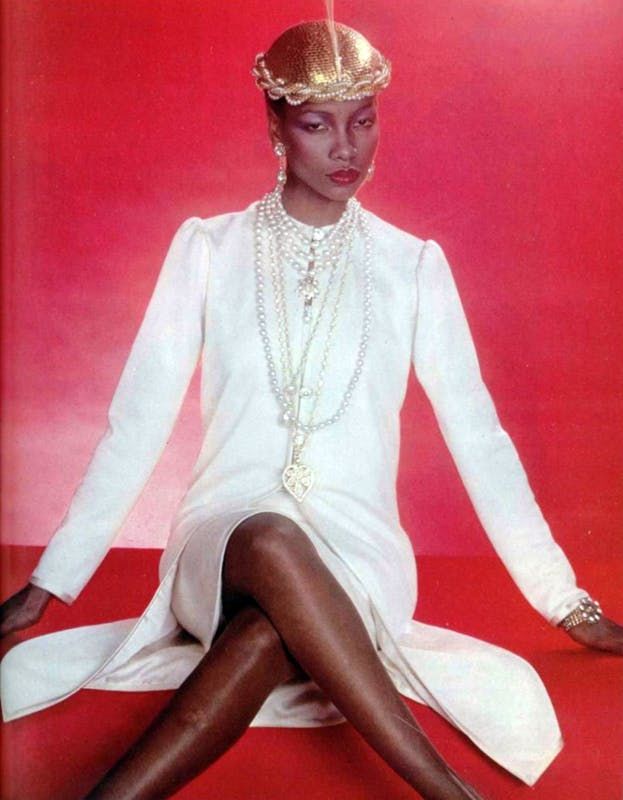 Yves Saint Laurent's first-ever Black muse was a pioneer for models of color on the runways.

Before Monique-Antoine “Mounia” Orosemane made history on the Haute Couture catwalks, the Martinique-born beauty worked at the island's local airport as an announcer. Her career started shortly after she was transferred to Paris' Orly airport, relocating the budding model to the epicenter of fashion. Mounia's first major modeling opportuinity was at the house of Givenchy. Mounia's start in fashion was during a time when Black models like Iman, Beverly Johnson, and Pat Cleveland were opening doors for other models of color in the industry, and Mounia herself was the first-ever Black model to walk a Chanel runway.

When searching for his next muse, Yves Saint Laurent was drawn to Mounia's rich complexion and unparalleled grace. He situated her as the pinnacle of his work, finding inspiration in her beauty but also friendship. Saint Laurent was one of the first major designers to open doors for Black models. His commitment to diversity shined through in all of his collections, and the fashion world came to celebrate Mounia's excellence. In 1978, she walked the Yves Saint Laurent Haute Couture show, becoming the first Black model to appear on the esteemed couture runways. 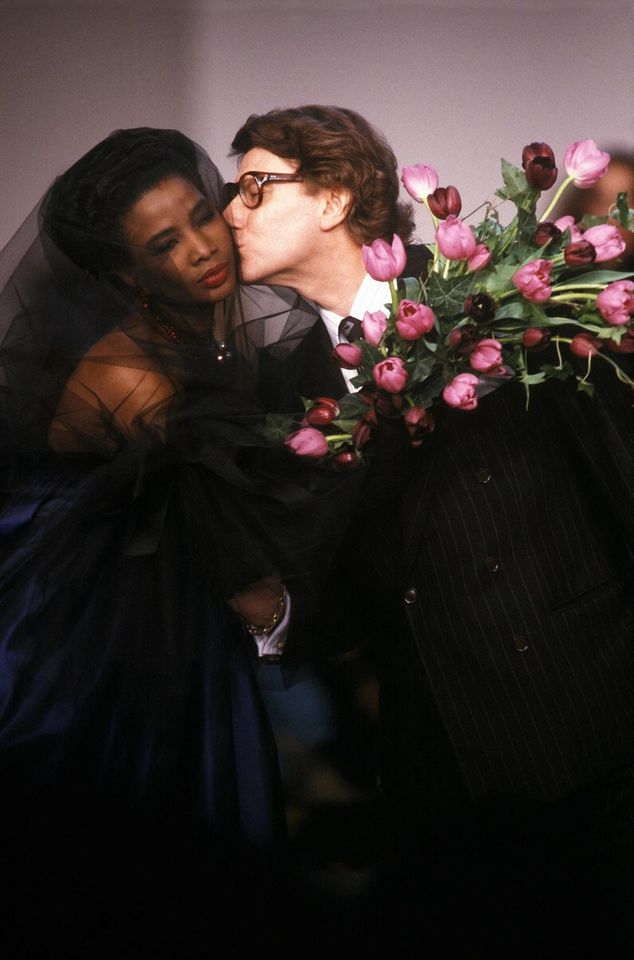 Mounia with Yves Saint Laurent on the runway, circa 1980s. 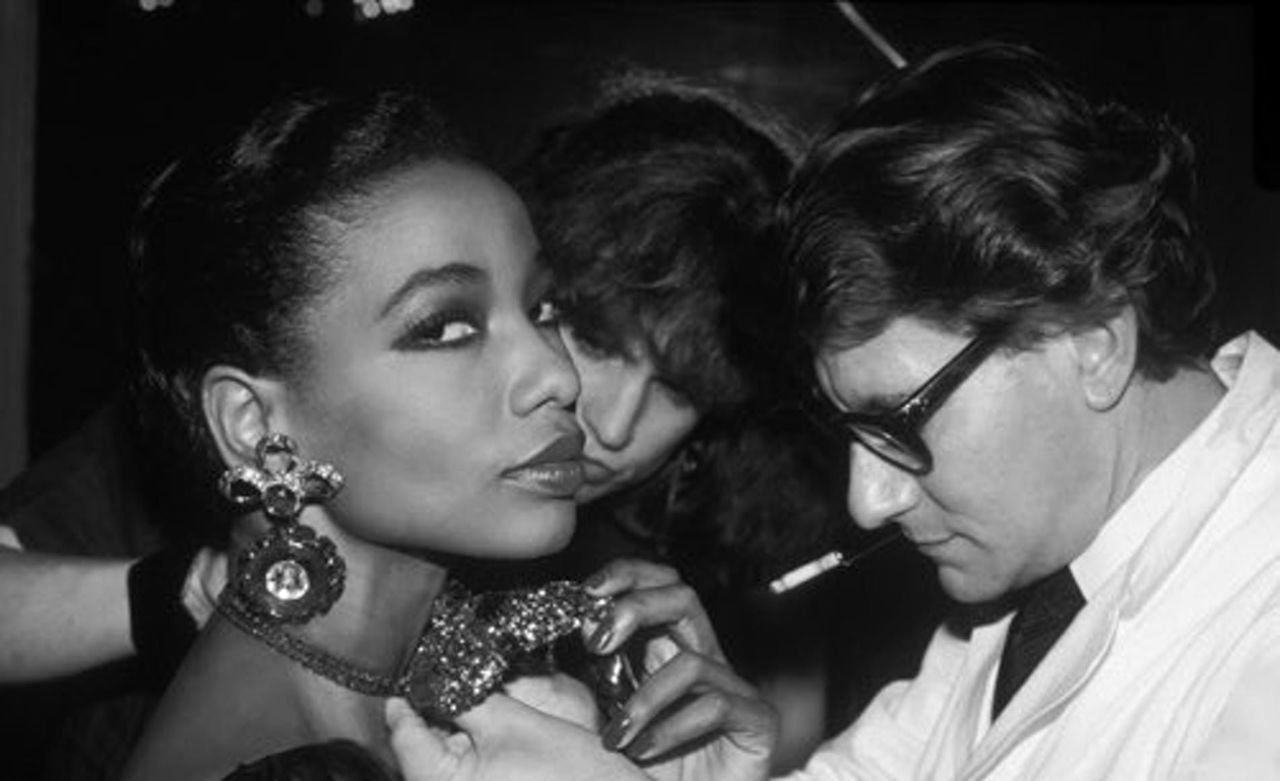 Yves Saint Laurent and Mounia pictured with before a show.

In an interview with W Magazine in 2008, Mounia said, “I was [Saint Laurent's] first Black muse...He helped open the door for Black models. Sometimes I was his confidante, and I would sometimes inspire his creativity. He called me Moumounn. The collection that made me a celebrity was the one inspired by Porgy and Bess. I wore a pink pantsuit and a boater hat. I walked to ‘Summertime’ and really took on the character of Bess. Catherine Deneuve stood up and started clapping. Then everyone stood up and called out ‘Bravo!’ Yves Saint Laurent peered around the curtain-a thing that he had never done before-to see what all of the commotion was about. The people were shouting ‘Bravo, Yves Saint Laurent!’ and ‘Brava, Mounia!’ He took me in his arms, and we kissed. This for me was history." 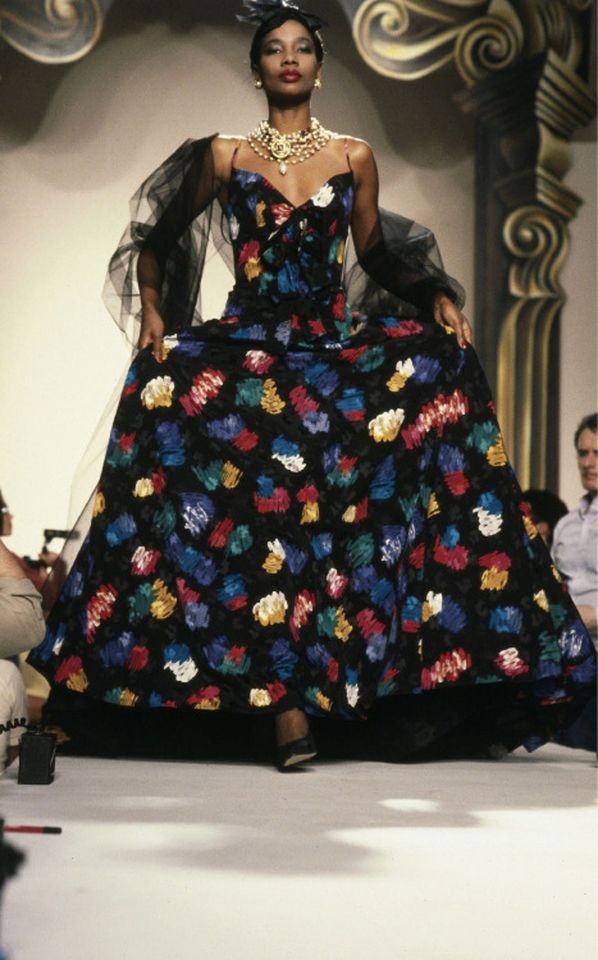 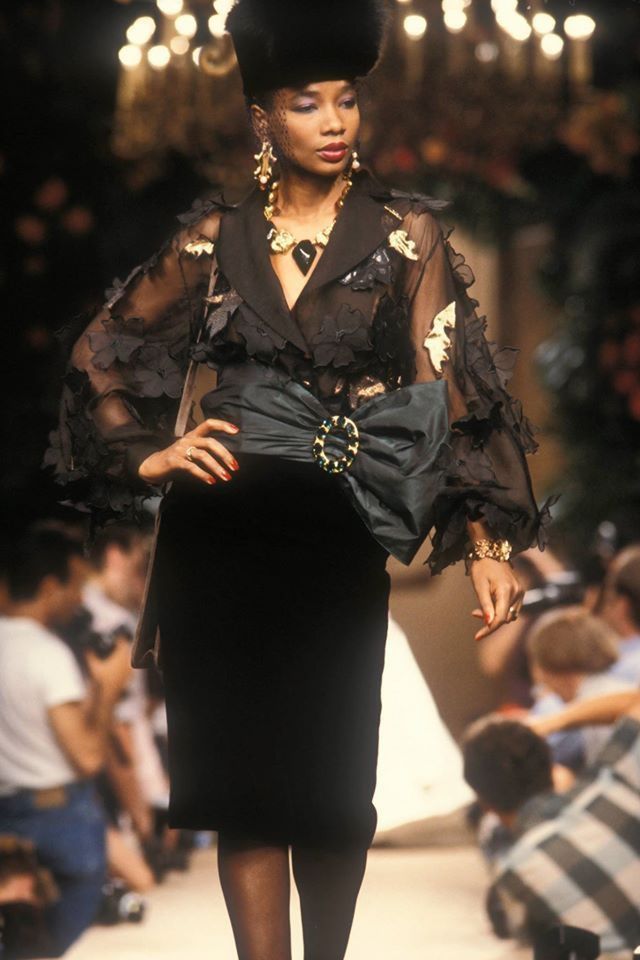 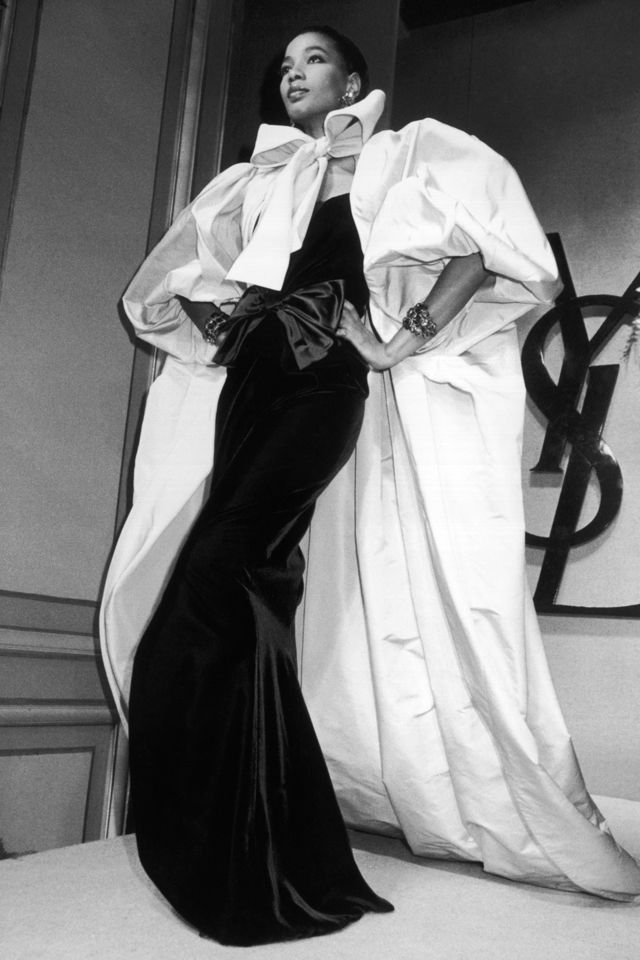 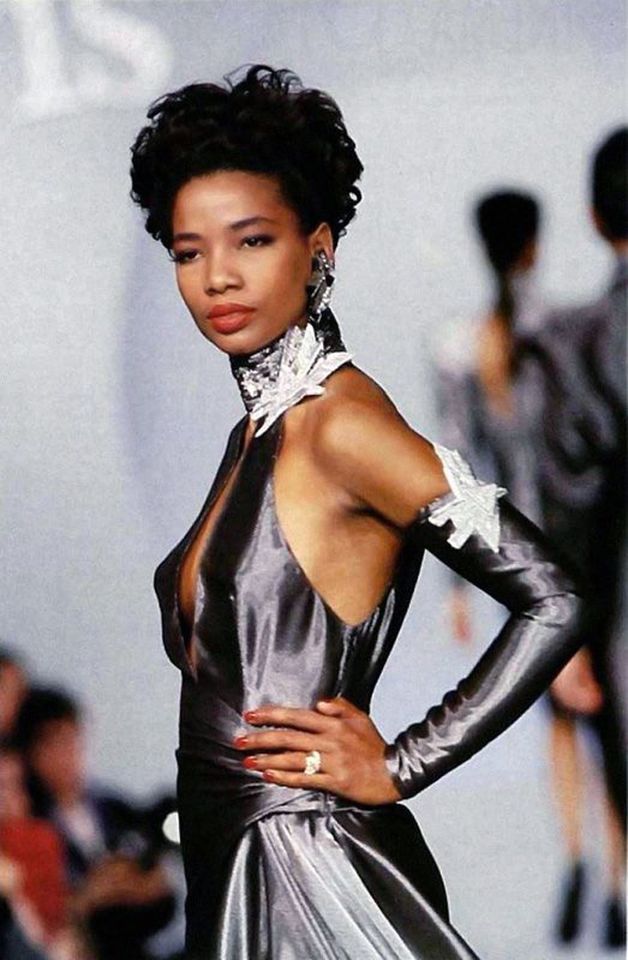 Mounia's detailed recollection of this moment in fashion history exemplifies her relationship with the world-class designer. The legendary model represented Yves Saint Laurent on the cover of almost 20 major magazines and continued to appear in his stunning collections throughout the '70s and '80s. As a Black model in an often exclusionary space, Mounia paved the way for figures like Naomi Campbell, Tyra Banks, and other models of color to take the industry by storm. 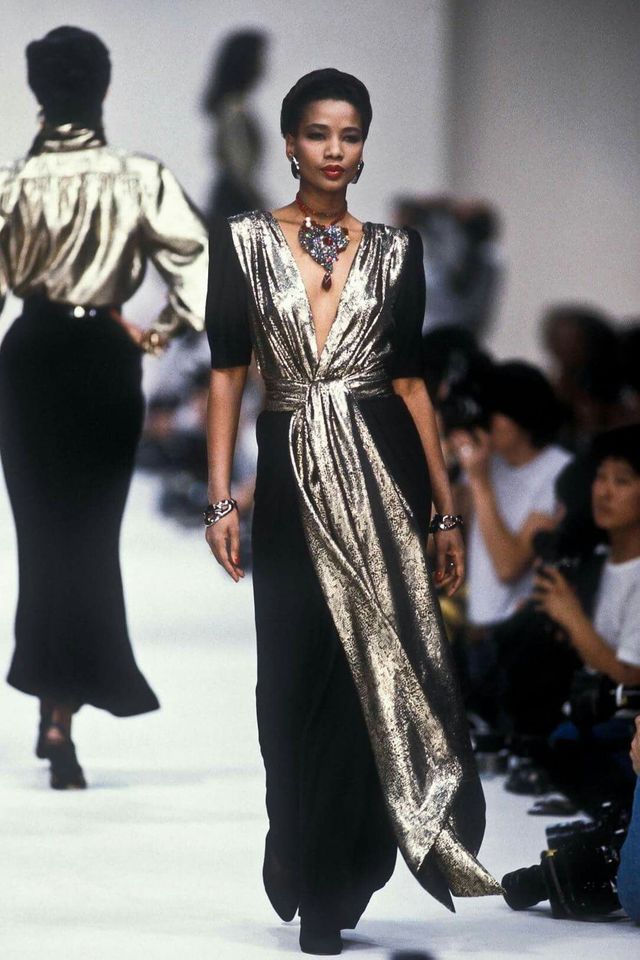 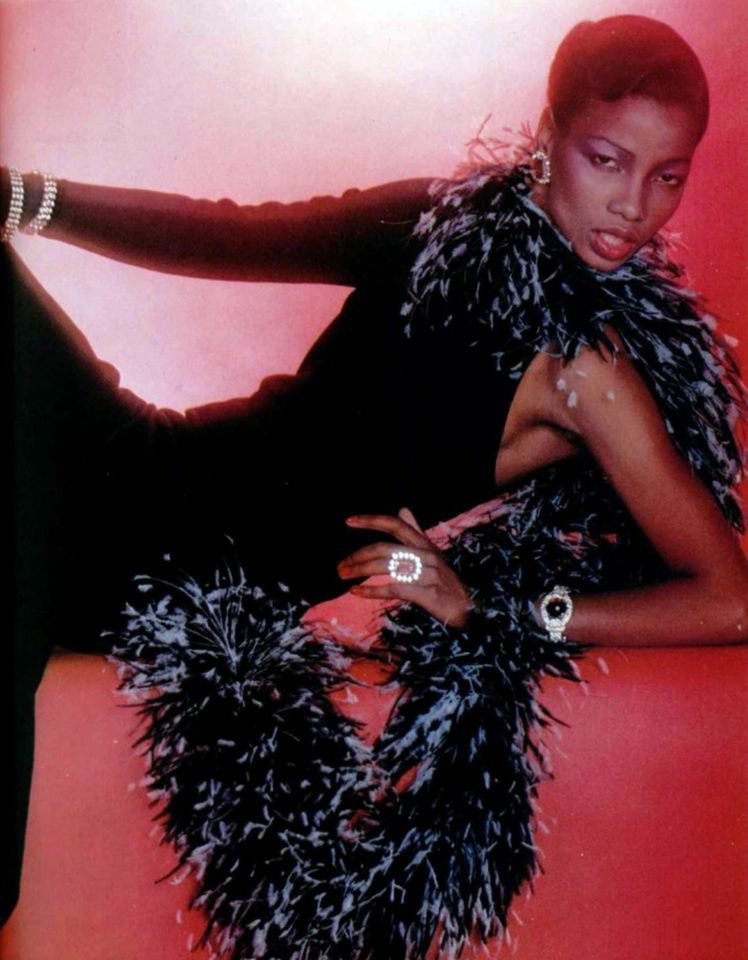 After a short but immensely successful career, Mounia retired from modeling and turned her focus to the arts. She released several music albums and ultimately devoted her life to the practice of painting. Her signature pieces, with abstract splashes of bright color, have been showcased in galleries all over the world. Today, she continues to create eye-catching art, but is remembered for her groundbreaking presence in the fashion world. 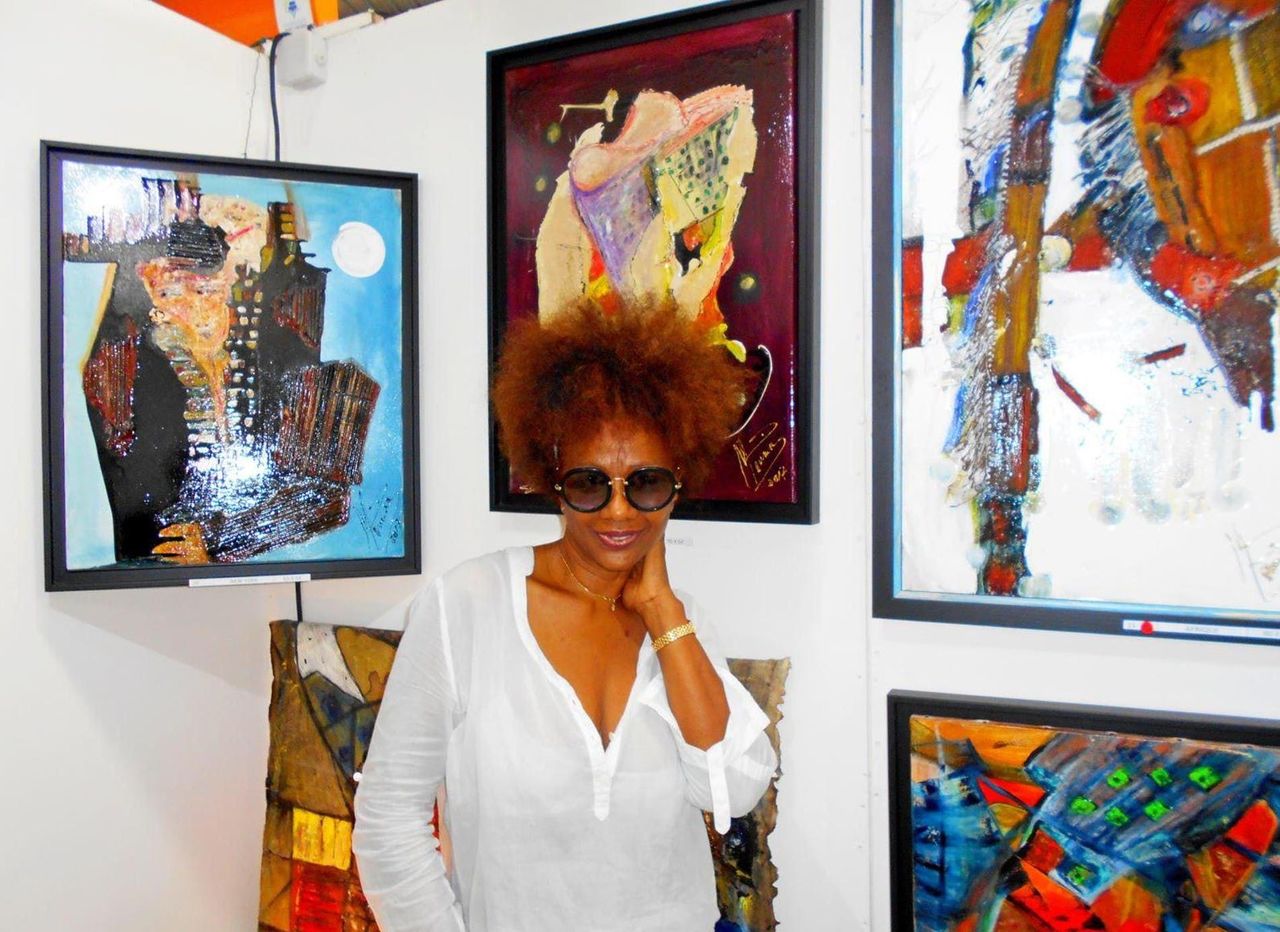 Mounia posing in front of her art.