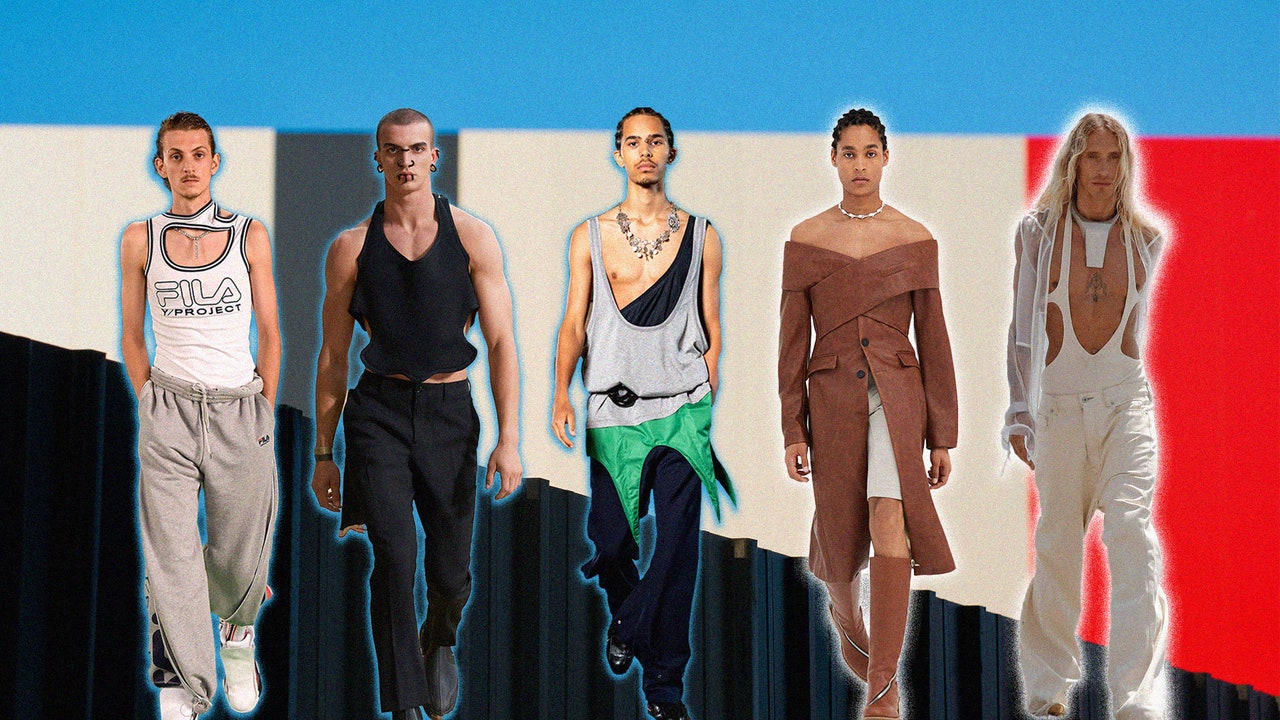 Cast your mind back ten years ago: London Fashion Week Men’s was naught but a twinkle in the BFC’s eye, street style was still in its infancy and the pin-sharp three-piece suits worn by Donald Draper and his army of dapper Mad Men were considered the bleeding edge of masculine fashion.

Fast forward a decade and, my, what a way we’ve come. The brief, jersey-clad, pandemic-induced interlude aside, last year Harry Styles wore a Gucci frock on the cover of American Vogue, this year A$AP Rocky rocked a kilt on the cover of American GQ and, more recently, the world’s menswear designers have begun throwing gender-normative caution to the wind, with even the straightest-laced brands sending freewheeling looks and garments down their respective runways: silken blouses slipped out at Giorgio Armani’s SS22 show, while thigh-grazing mini skorts slunk down the glossy red catwalk at Prada.

But far from being a fad, this movement towards total flexibility, whether in the wider realms of gender or, indeed, the way in which a garment simply works or is worn, seems to have taken hold at the very heart of the fashion industry and, suffice to say, it’s exciting.

One of the most intriguing garments to be spawned by this new era of playfulness on the part of the designers is a piece we’re dubbing “the chewing gum top”. Defined as a vest, T-shirt or long-sleeved underlayer featuring multiple cut-out holes, designed to evoke a popped Hubba Bubba bubble-cum-stretched spider’s web effect across the torso, it was difficult to move for all the chewing gum tops parading up and down the runways during the SS22 menswear shows back in June.

The look was at its most mouthwatering at Y/Project, where Belgian designer Glenn Martens (who also oversees all things creative at Italian denim brand Diesel) stretched an array of stringy cut-out vests across the torsos of his models as part of the brand’s wider collaboration with Fila. 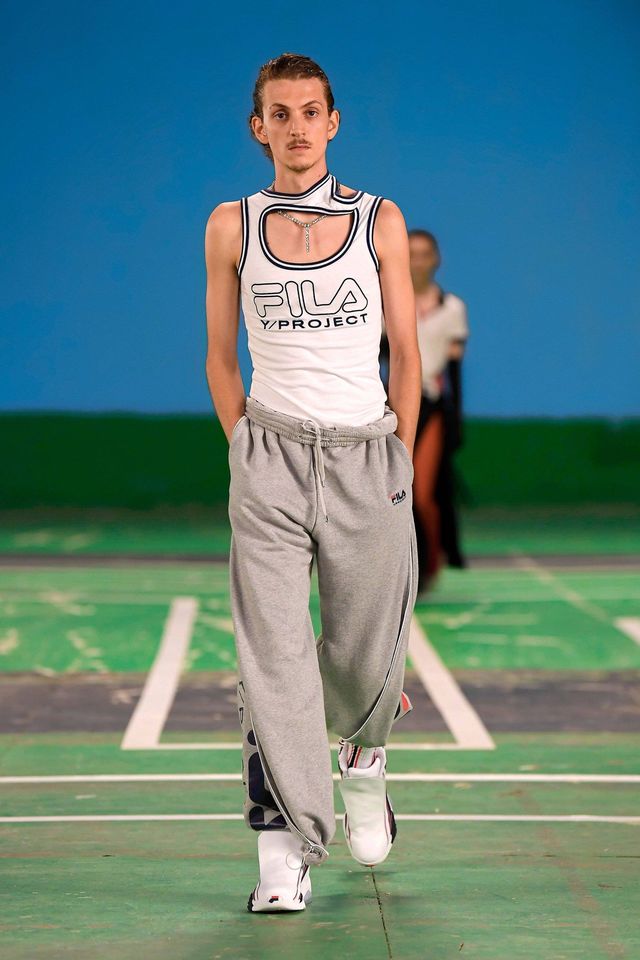 Indeed, Martens is spearheading the charge for the new menswear mood, eschewing the “tops and bottoms” approach of so many designers before him in favour of a uniquely flexible approach to silhouette. The designer’s trademark pieces include oversized origami shirts and blazers finished with expansive wraparound panels and a couture sensibility.

At Rick Owens, the aesthetic was equally stringy, but this time the look was infused with a witchiness all Owens’ own. The American designer has long propounded the notion of genderless fashion and his takes on chewing gum vests could just as easily be worn by men or women as they could by the extraterrestrial-esque models who walked in his Venice show. 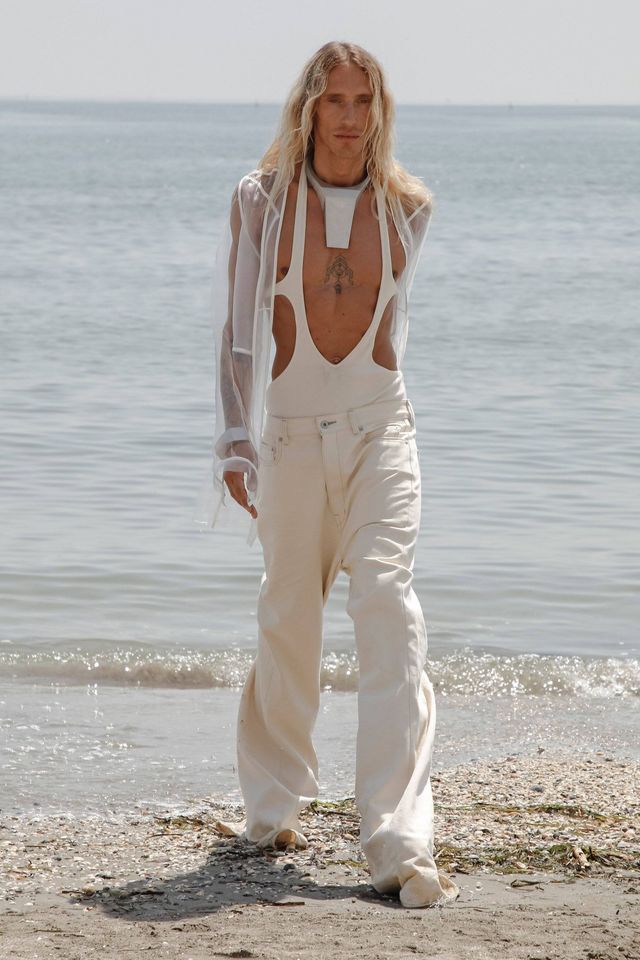 At GMBH, Serhat Isik and Benjamin Huseby showed classic trench and greatcoats finished with waspy “revenge dress” wraparound toppings, which revealed the ultra-masculine models’ shoulders and acted, in the words of the designers, as “an exploration of whiteness”.

At Burberry Ricardo Tisci took the butch-fem cosplay in a different direction, with beefcake models walking the runway wearing the kind of sculpted halterneck that wouldn’t have looked out of place in the wardrobes of Regina George et al in the 2004 teen flick Mean Girls.

The most exciting thing about the chewing gum top – as well as all the other radical garments which are being spawned alongside it, from revenge dress coats to party frocks for blokes – is that viable, wearable, flattering alternatives to basic shirts, suits, trousers, T-shirts and sweaters are finally coming to the fore. And they’ve arrived not a moment too soon, because, here at GQ, we’ve never been more bored of our wardrobes, HBU?