Each piece in her newly launched clothing line spreads an anti-bullying message.

It’s hard to imagine the current celebrity street style scene without the influence of stylist Maeve Reilly. If you wore sweatpants with a blazer recently or have been coveting one of Bottega Veneta’s plush clutches, Reilly-or rather, the looks she pulls together for her clients including Hailey Bieber, Megan Fox, and the D’Amelio sisters-is likely the reason. Her intrepid mix of casual staples and high luxury has become the standard for laidback and chic celebrities.

While she’s clearly succeeded at making her clients shine, Reilly understands that clothing has the power to do more than make for great selfies. Her new clothing line, The Local Love Club, is a prime example of purposeful fashion. The athleisure label puts its messaging front and center with tees and hoodies advocating for kindness, self-love, and a spirit of community. More than slogans, these emblems speak to Reilly’s commitment to anti-bullying organizations and pre-fame experiences as an outsider. Her taupe hoodies with swirling retro fonts that read “thank you for being kind” and neon sweats emblazoned with a reminder that the wearers are loved speak to the need for emotional empathy. “When you buy, there’s a note inside that says spread love and kindness, and our underlying message is all about that,” says Reilly. “This was a labor love. It’s all cut and sewn here in Los Angeles so we can create local jobs during the pandemic. We’re partnering with an amazing organization called, The Kind Campaign, which works in schools to raise awareness about the impact of bullying. So a portion of the proceeds goes directly to them.”

Though she’s the picture of glamour in person and on her popular Instagram account, Reilly’s early years were challenging. Growing up, she was tormented by classmates and peers whose insensitive comments and continuous harassment wreaked havoc on her self-esteem. “I experienced bullying first hand when I was a teenager,” says Reilly. “It hardens you. I spent my youth escaping that pain with drugs and alcohol or sabotaging myself.” Now 16 years sober and able to look back on that period of her life, Reilly sought to create something that could benefit anyone dealing with issues similar to those she faced. “I’ve come to realize that the more love I give and spread, the more that I get in return. That perspective has truly changed my life, and it’s what the brand grew out of,” she says.

Bullying is, unfortunately, all too common. According to the National Center for Educational Statistics, one out of every five students in American schools reports being bullied. In recent years the rise in internet harassment-doxing, cyberbullying, online shaming, etc.-has exacerbated the problem, and no one is immune. Stars like Demi Lovato, Florence Pugh, and Reilly’s longtime client Bieber, have spoken up about the hate they receive online. With stylists becoming increasingly front-facing, Reilly has also received hurtful DMs and even death threats on social media. “There are times when I’m blown away by the brazenness of what happens online. I wish I could say that I don’t get affected by it at my age, but I’m 33 and get incredibly toxic messages all the time,” she says. “People hide behind their computer screens. I knew this collection had to be something that could live online and combat that darkness. Reach people, [so that] maybe someone sees these shirts and shares a kind word with a friend or even a stranger.”

As a teenager, the fantasy of editorials and the red carpet served as a powerful escapism source for Reilly. Once she began to channel her talents into fashion, Reilly found her purpose. She entered the industry as an assistant in the early aughts, working with fellow stylists Rob Zangardi and Mariel Haenn. They dressed clients like Jennifer Lopez and Rihanna in the latest looks from the runways, and she began to see the effect clothes can have. “What I get to do with my clients is give them their armor,” she says. “I’m providing them with something that helps them step into the world and portray who they are in that moment. I’m grateful to be able to play that part in someone’s life.”

That energy is something Reilly hopes to bring to the masses with Local Love Club. With an uplifting message stitched into every item and ultra-cozy special fabrications she’s spent over a year working on, each look provides comfort on multiple levels. Fans of her work may recognize the oversized silhouettes and her trademark tracksuits, but she has plans to go even further. “I definitely want to expand; it won’t always be sweatpants, but we’ve made an amazing product, and I’m proud of it,” says Reilly. “We’re going to keep developing, bringing out different styles and making kindness and giving back cool.” 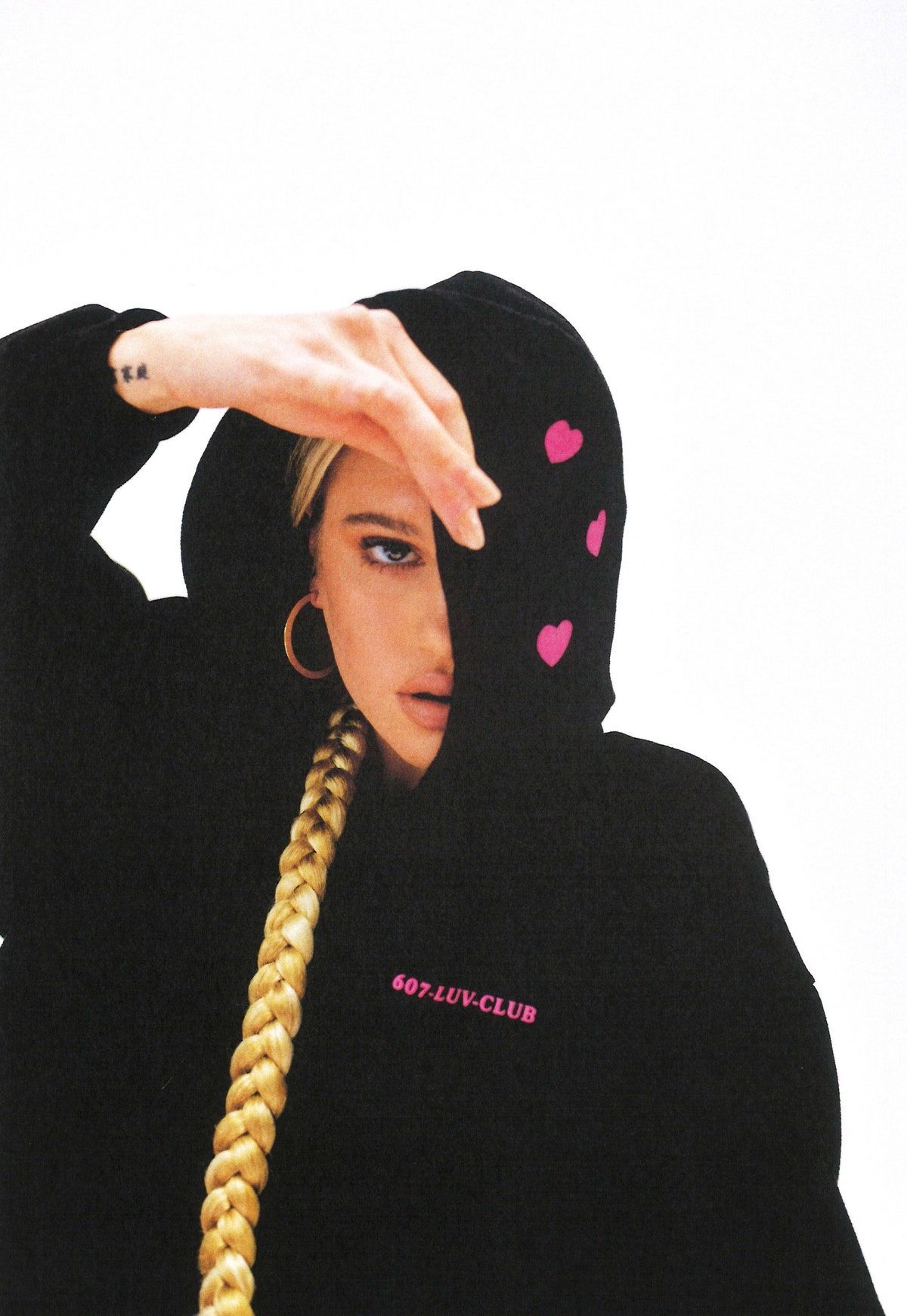 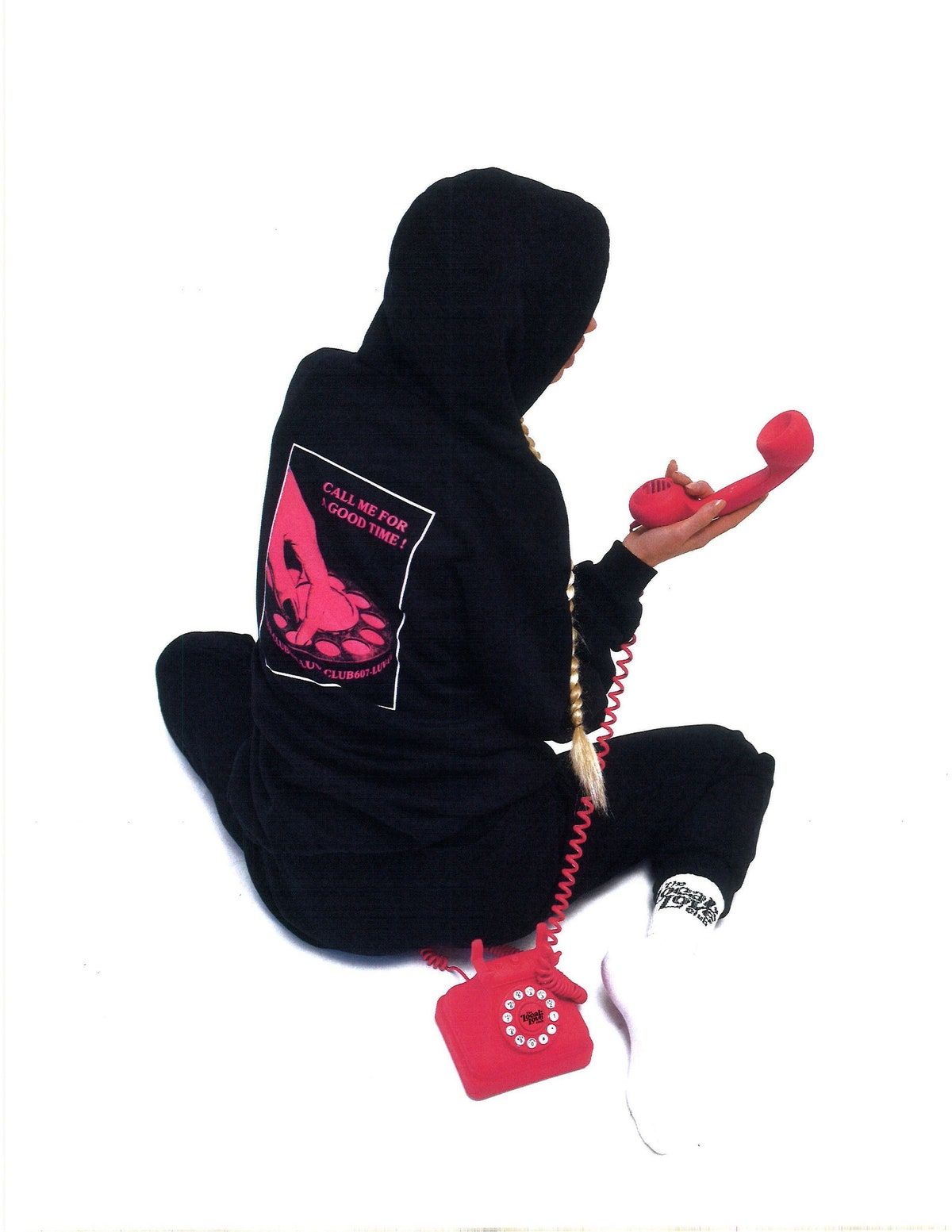 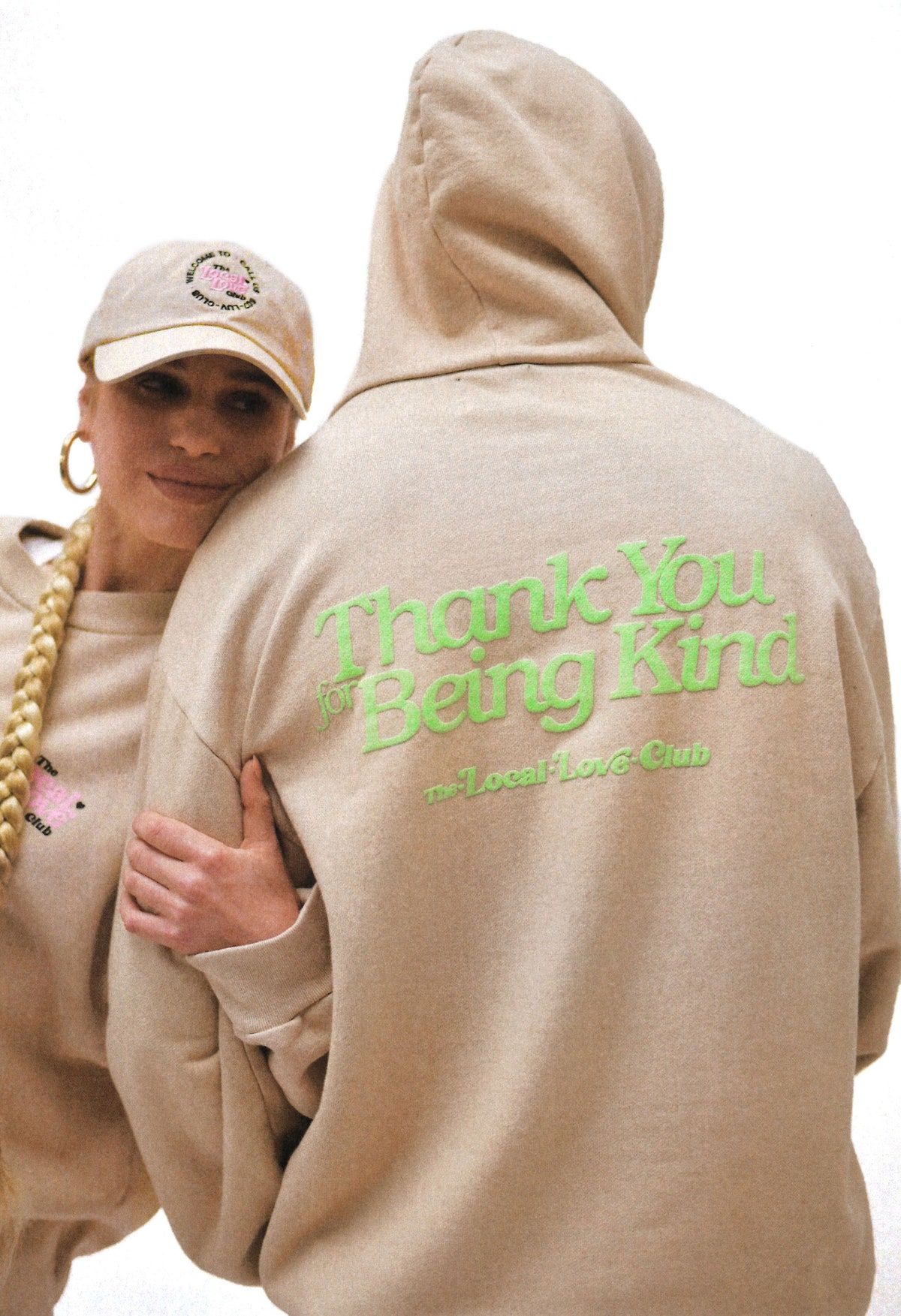 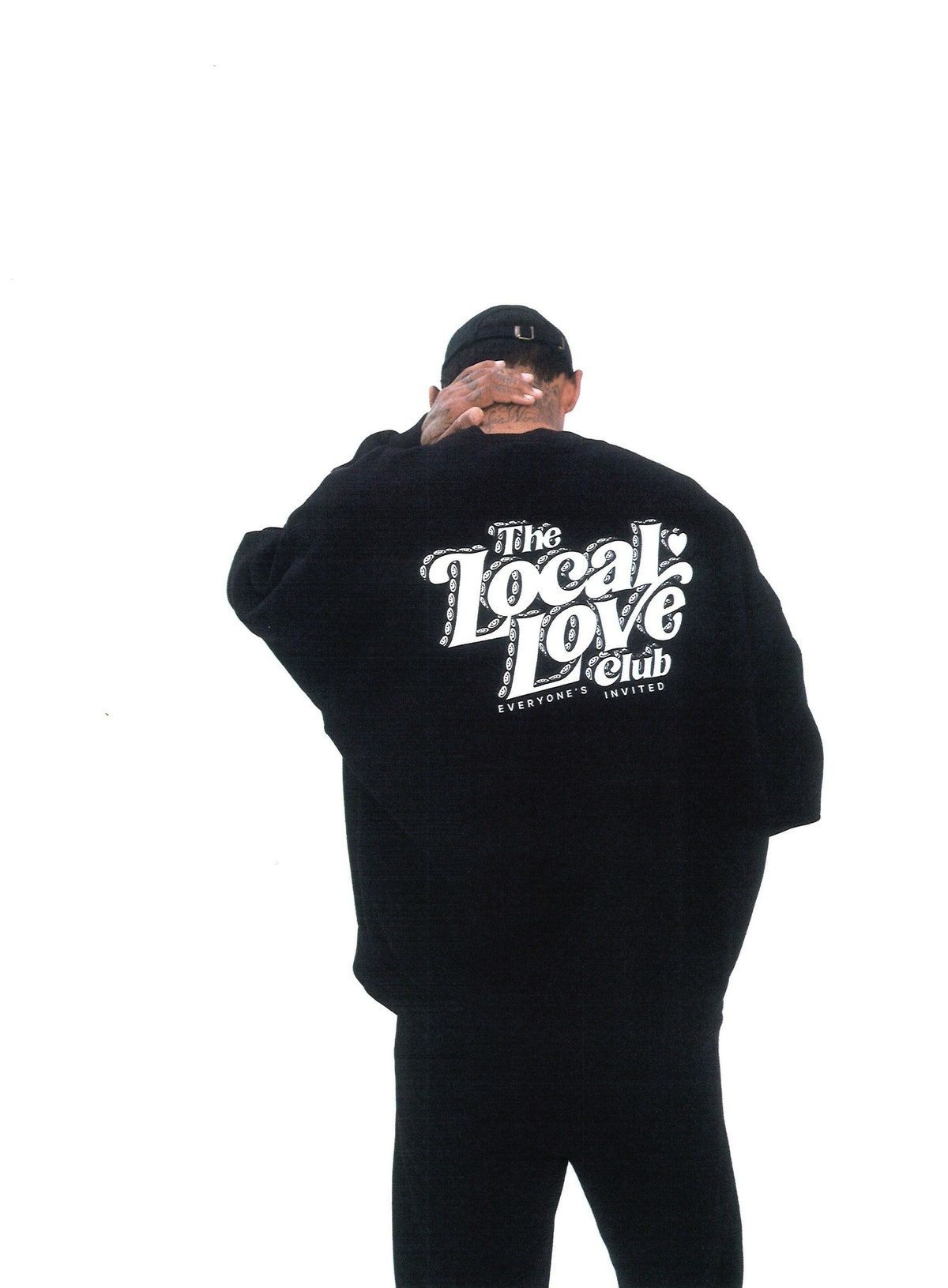 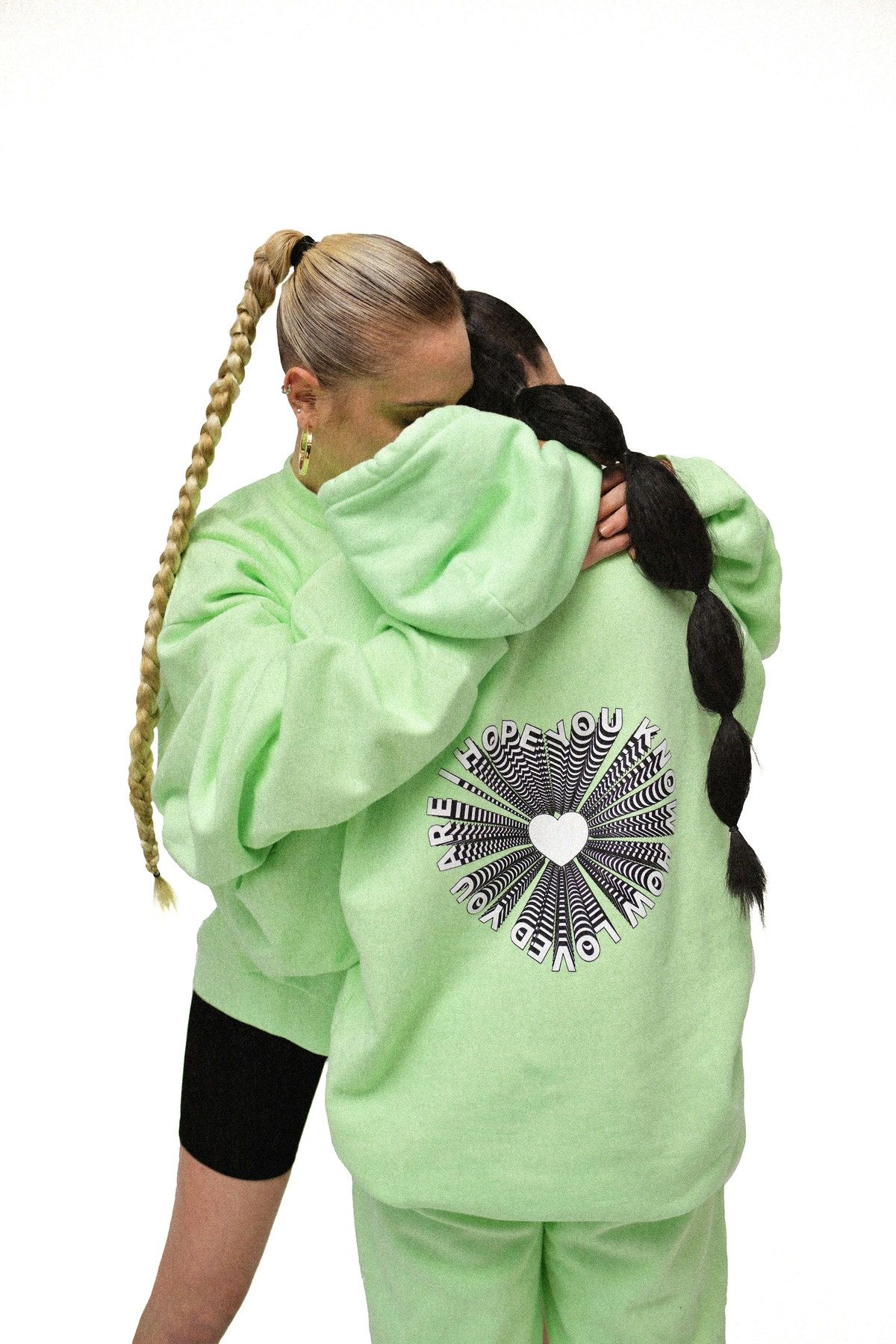 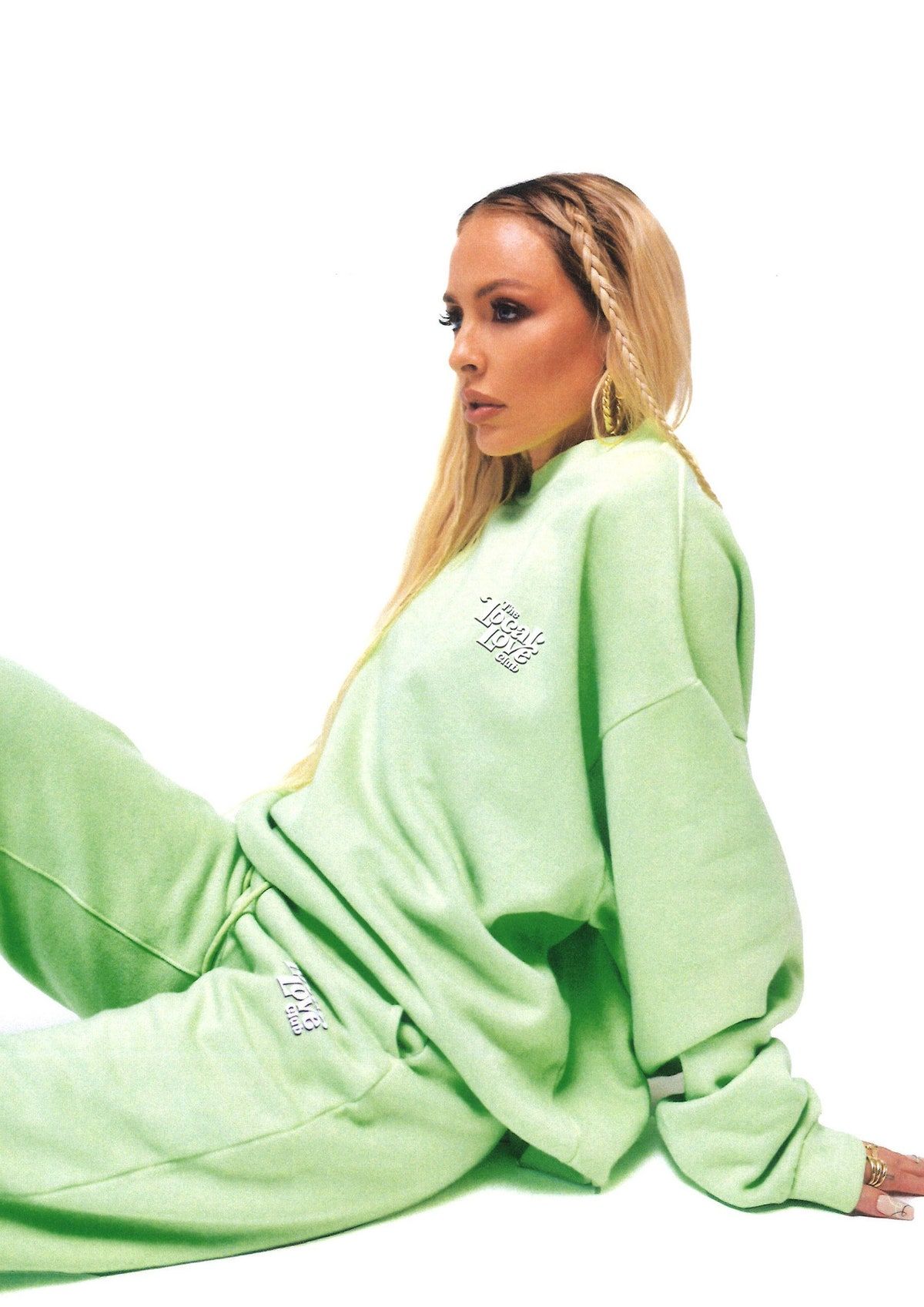 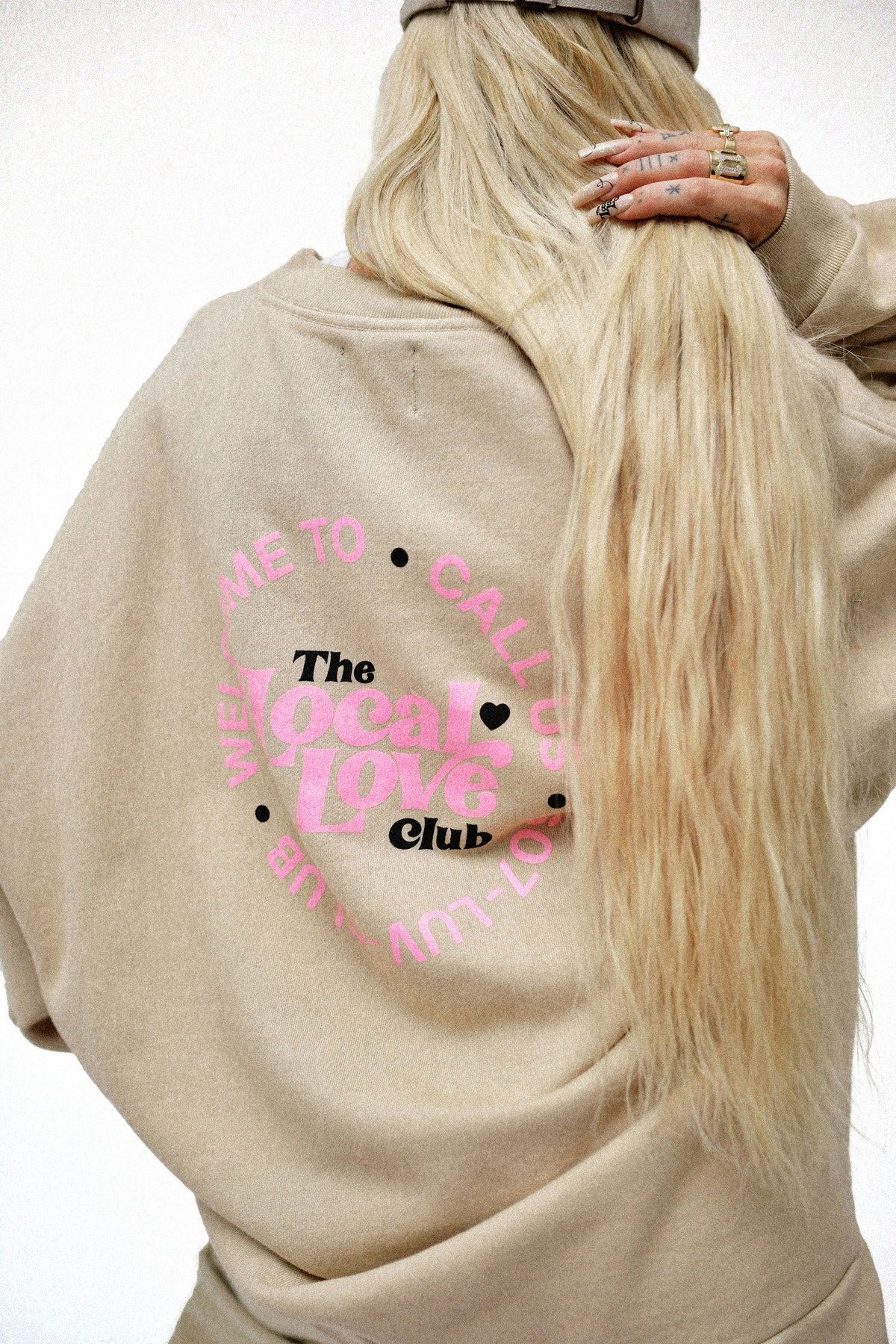