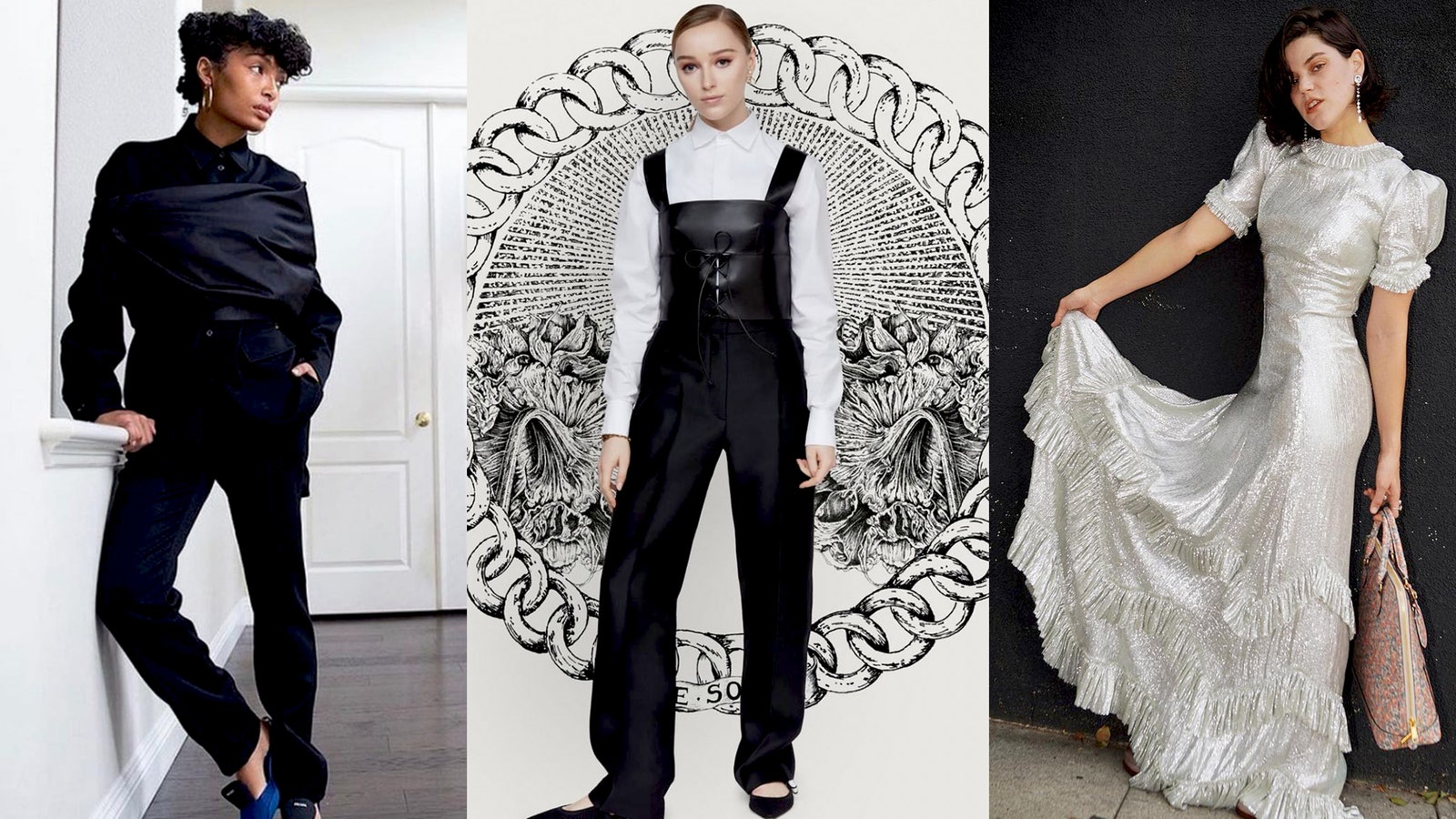 As they tuned in to virtual couture presentations or headed to Park City, celebrities expanded their fashion horizons.

Like everything else in 2021, fashion week’s front rows have experienced a virtual reinvention. Couture spring/summer 2021 was best viewed online, where a new guard of designer favorites tuned in via laptop and dressed to the nines. Dior’s mystical, Tarot-themed film directed by Matteo Garrone drew out the girl of the moment Bridgerton star, Phoebe Dynevor, who ditched the period garb and wore some of Maria Grazia Chiuri’s most modern creations while watching the spectacle. In a black leather bustier, white blouse, and black trousers, Dynevor kept things minimal and elegant. The stark ensemble proved that the young woman leading Netflix’s biggest hit is well-worth watching off-screen.

Chanel’s couture event took place in real life and brought out a slew of brand ambassadors who enjoyed a socially distanced look at Virginie Viard’s latest. With an Oscar-winning actor, royalty, and French music legends all in attendance, the event didn’t lack star power. Still, the most alluring moment came courtesy of second-generation Chanel aficionado Lily-Rose Depp. In a ruffle-covered bolero from Fall 2019’s couture collection and light-wash denim, Depp showcased the versatility of fashion’s highest art form. No matter how many hours of craftsmanship go into a piece, it can always be updated with the right pair of jeans.

Away from the runways, stars descended on a virtual Park City to promote their latest projects at the Sundance Film Festival. Leading the pack was Ruth Negga, who is generating awards season buzz for her leading role in Rebecca Hall’s directorial debut, Passing. Negga went for romance in one of Rodarte’s flower flecked day-dresses for the film’s press day. Ultra-feminine from head to toe, the look’s transparent overlay, puffed sleeves, and bright red stockings highlighted Negga’s gamine natural beauty.

When French musician and actress Soko headed to Sundance, she did so with a wardrobe of whimsical gowns from the Vampire’s Wife. Suzie Cave’s ethereal line provided the performer with various options as she promoted her films The Blazing World and Mayday. Each outfit was appealing, but in the brand’s flapper-inspired silver ruffles, Soko found a party frock fit for the roaring twenties. 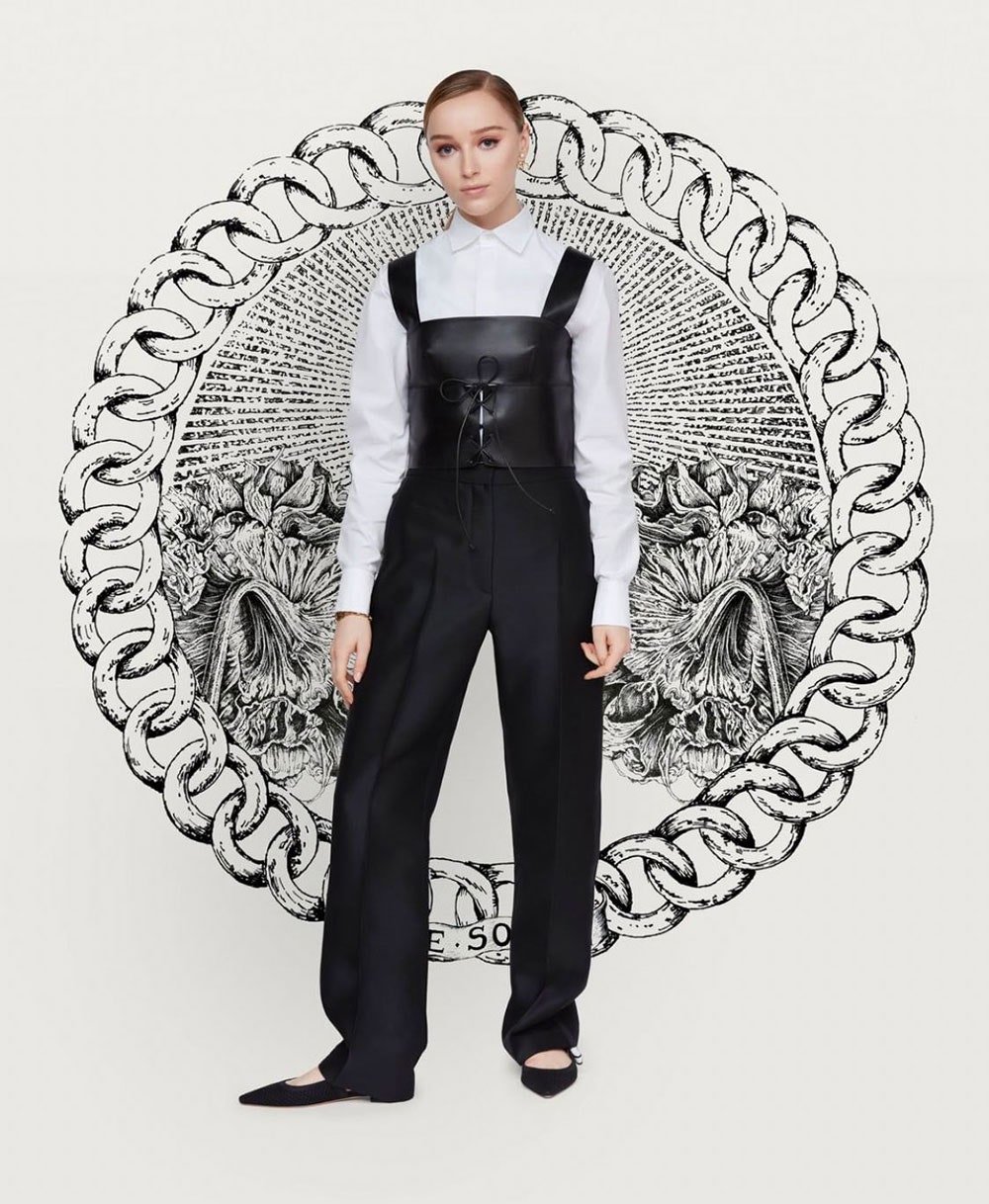 WHO: Phoebe Dynevor
WHAT: Dior
WHERE: Dior Haute Couture Spring/Summer 2021
WHEN: January 25 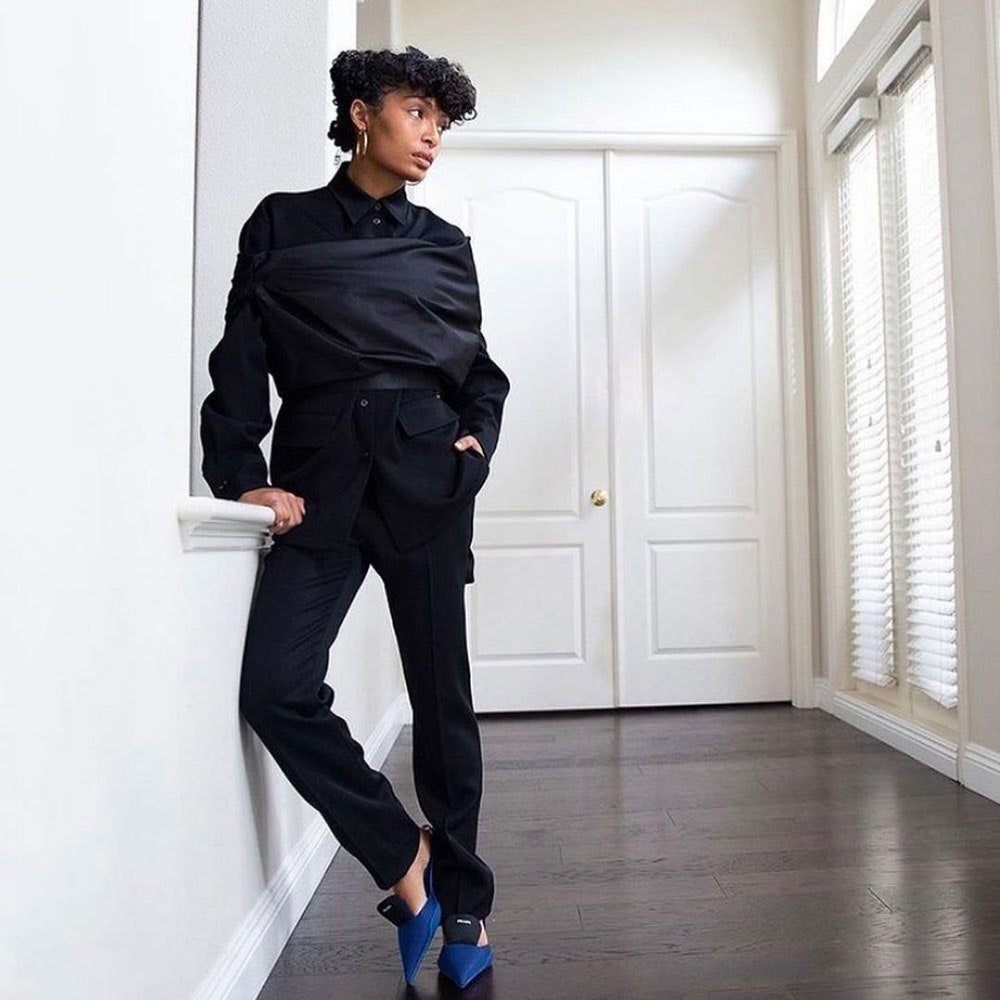 WHO: Yara Shahidi
WHAT: Prada
WHERE: Instagram
WHEN: January 27 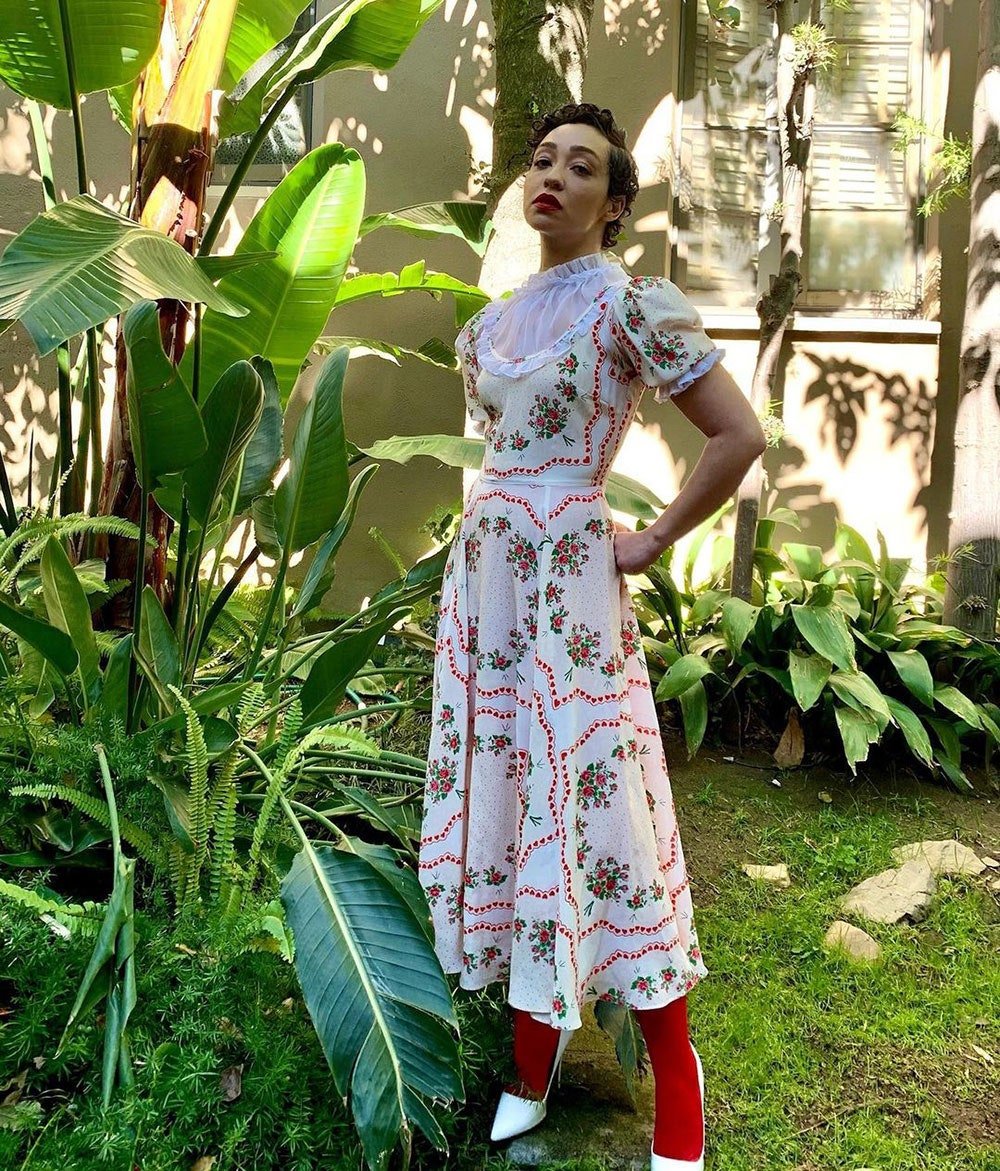 WHO: Ruth Negga
WHAT: Rodarte
WHERE: Sundance Film Festival
WHEN: January 30 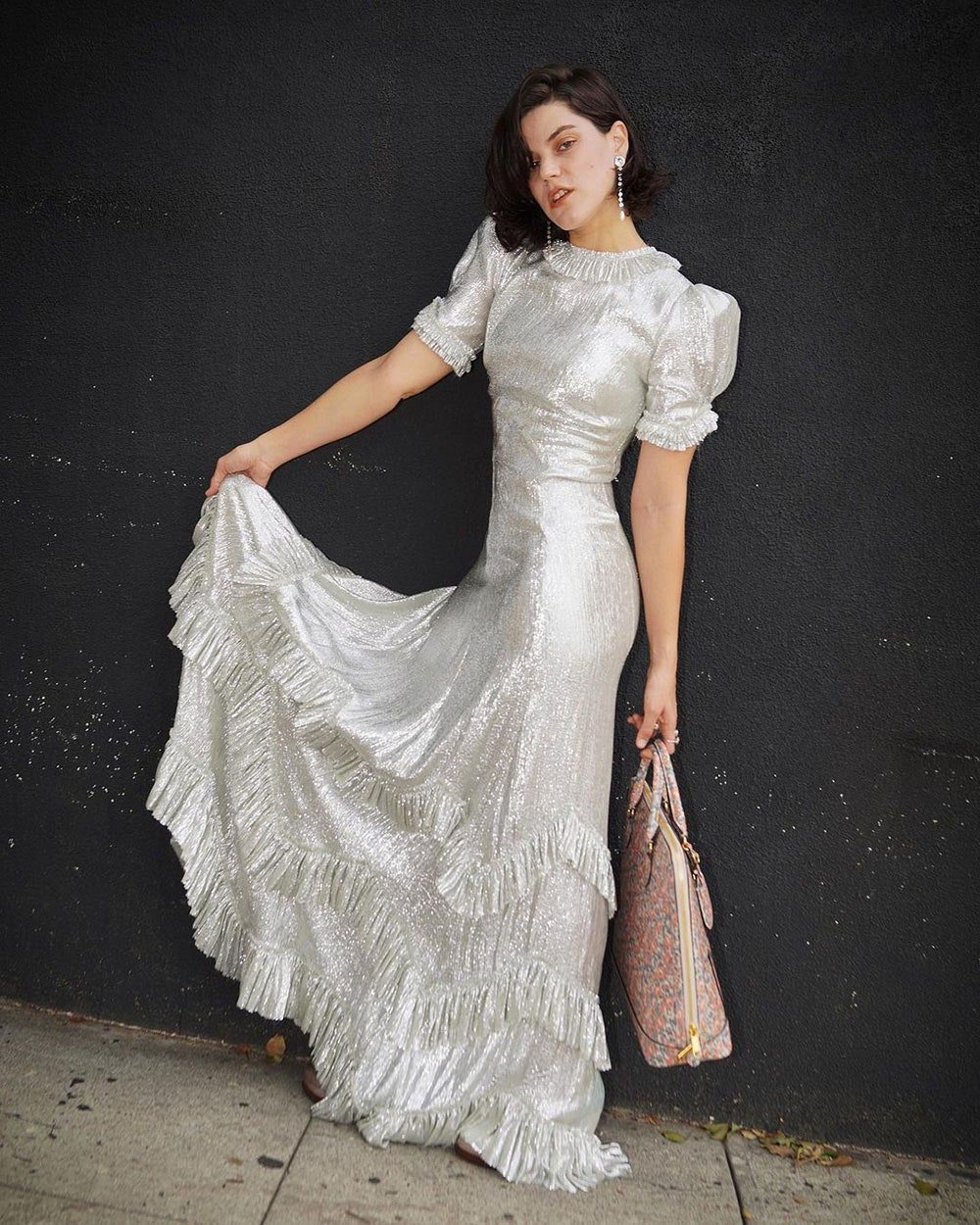 WHO: Soko
WHAT: The Vampire's Wife
WHERE: Sundance Film Festival
WHEN: January 31 WHO: Kim Kardashian
WHO: Kirne.Milk Dress, Prada heels
WHERE: Instagram
WHEN: January 26 WHO: Sarah Paulson
WHAT: Prada
WHERE: Instagram
WHEN: January 26 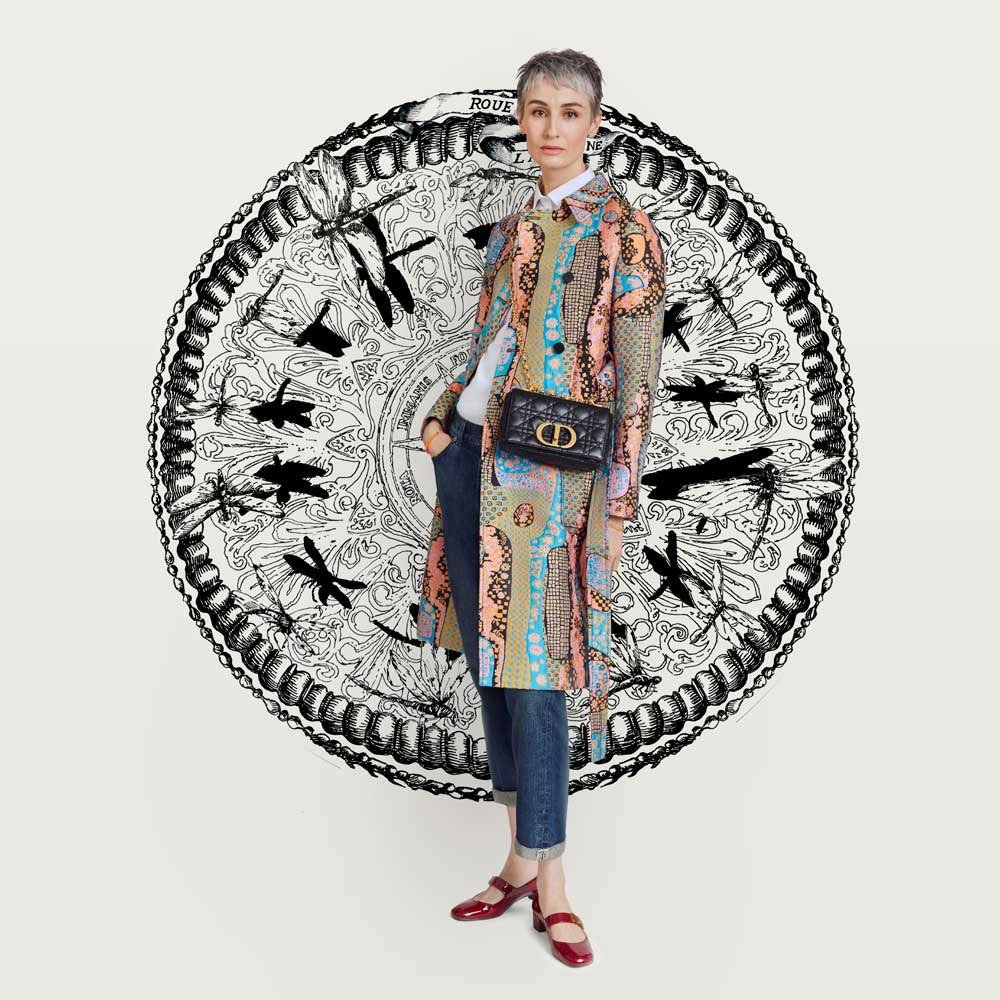 WHO: Erin O'Connor
WHAT: Dior
WHERE: Dior Haute Couture Spring/Summer 2021
WHEN: January 25 WHO: Lily Rose Depp
WHAT: Chanel
WHERE: Chanel Haute Couture Spring/Summer 2021
WHEN: January 26 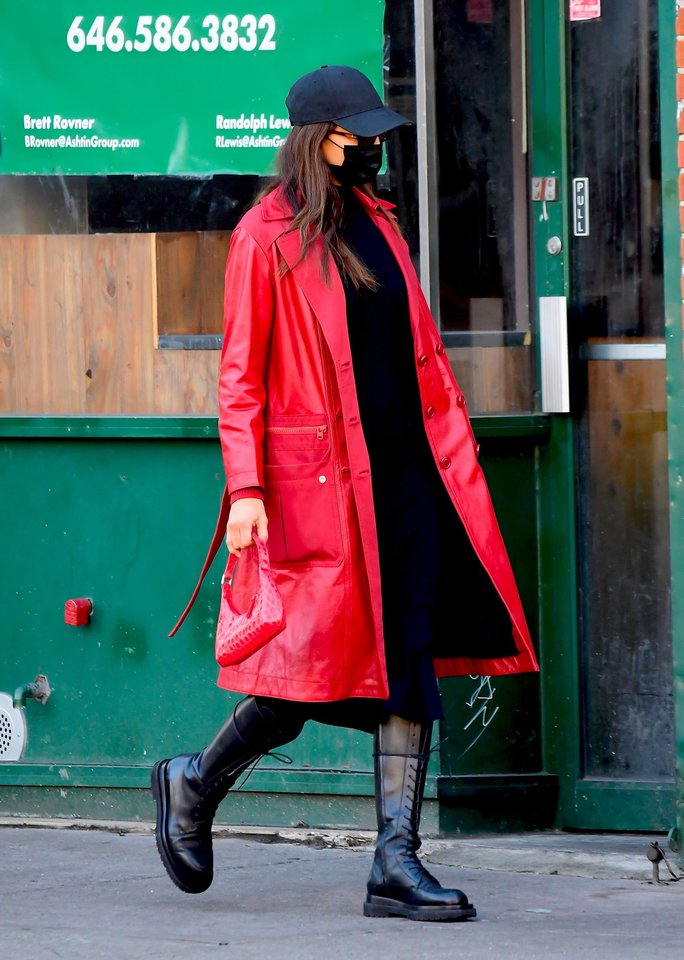